Recently my colleague Chris documented his escape from quarantine in a 2020 Jeep Wrangler Rubicon.  I couldn’t help but use that same concept for this feature about my recent attempt to get out and see the country in my own 2017 Jeep Wrangler. I love to travel. I know that doesn’t make me special, it’s just a fact. My Facebook memories section has recently been filled with trips of days gone by; five years ago this week I was lounging in Monaco and the French Riviera on Bastille Day. So I had to get away and do something this year and decided to take my two oldest (ages 16 and 13) with me. With air travel mostly off the table, I decided to just hop in the Jeep and drive. Here’s what I experienced and how you can make your road trip that much better. 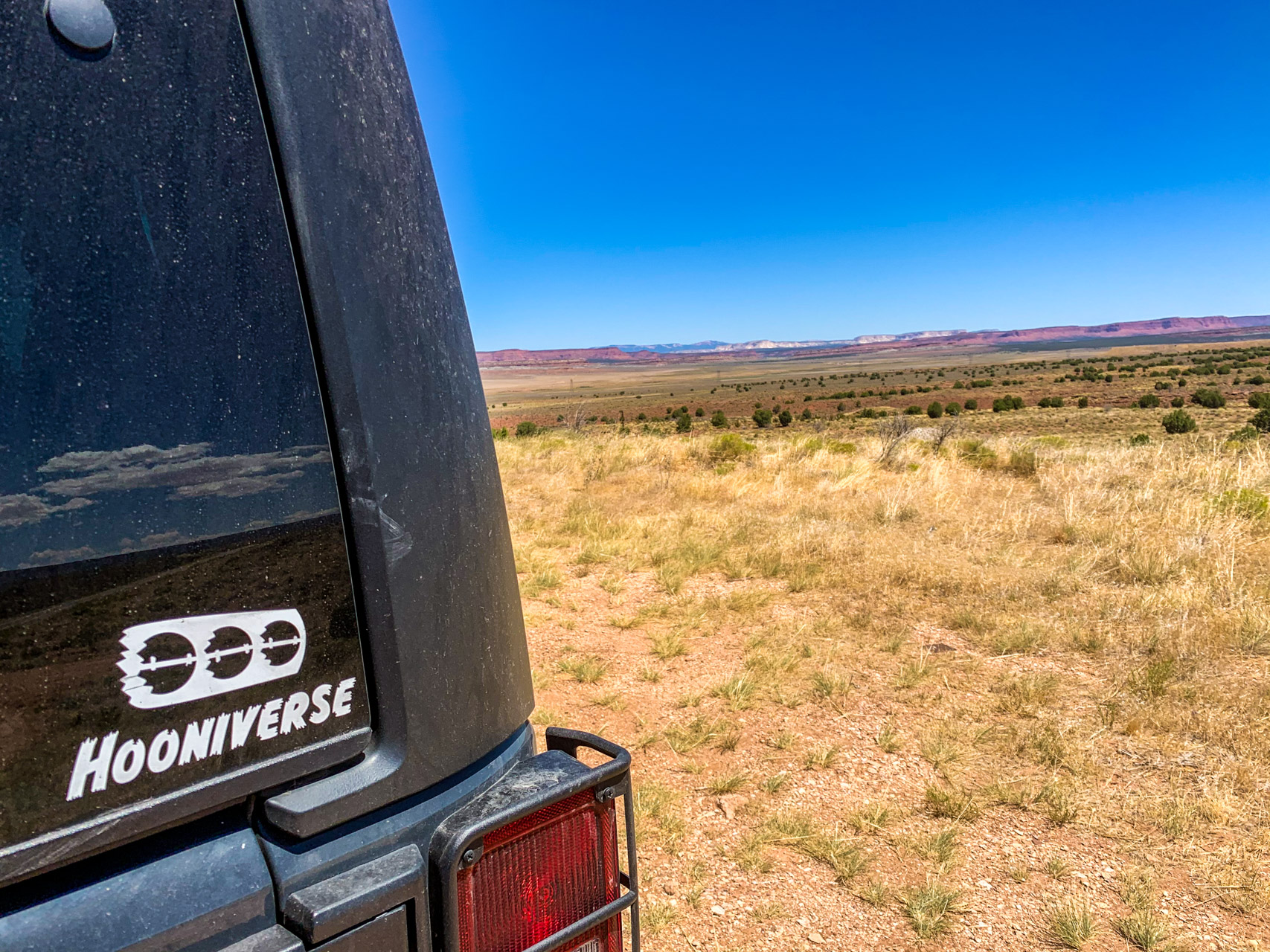 I got a text from a Hoonicolleague while I was out on my trek asking how much time I spent planning. The answer I gave was “more than I expected”. While it came across as a “hop in the car and go” type of thing on social media, that was only partly true. This is a massive country, that is probably pretty clear to all of you that have spent time driving across it, but I had to start with that. My time driving in Europe was incredibly different, we would spend 4-5 hours max each day getting from city to city. My first three days of driving in the U.S. were something like 10, 8, and 7 hours each.

So, you have to have some sense of where you want to go. My original route was three weeks, DC to San Francisco, which was reminiscent of my last cross country drive (also in a Jeep) where my wife and I targeted San Diego as our destination. Much like last time, we didn’t really come close. Unless you are budgeting 3-4 weeks, you won’t be able to get to your final destination and see things along the way. We changed our route several times during the trip to focus more on spending time doing things vs. just driving.

Google Maps is as good a tool as any, and even though they will only let you map in 10 stops while route planning, it can give you a sense of how long you’ll need to drive each day. Try to estimate where you’ll want to stop, and more importantly where you’ll want to spend time. Just driving over a long distance isn’t that much fun, it’s what you see along the way that makes memories. Try to take a guess at what time you’ll want to leave each day, add at least a 1/2 hour to the estimate for gas, food, and pee breaks. So, if you are looking at 6 hour driving day, you’ll end up at your destination mid-afternoon at which point you’ll need to confirm some things to see. Check hours and status, things are still closed these days. Naturally, we used Waze for point-to-point driving each day.

Also, prepare to be massively bored at various points. The whole country isn’t necessarily pretty, especially Kansas. Plan accordingly, if you can take a different route each way it will break up the monotony. 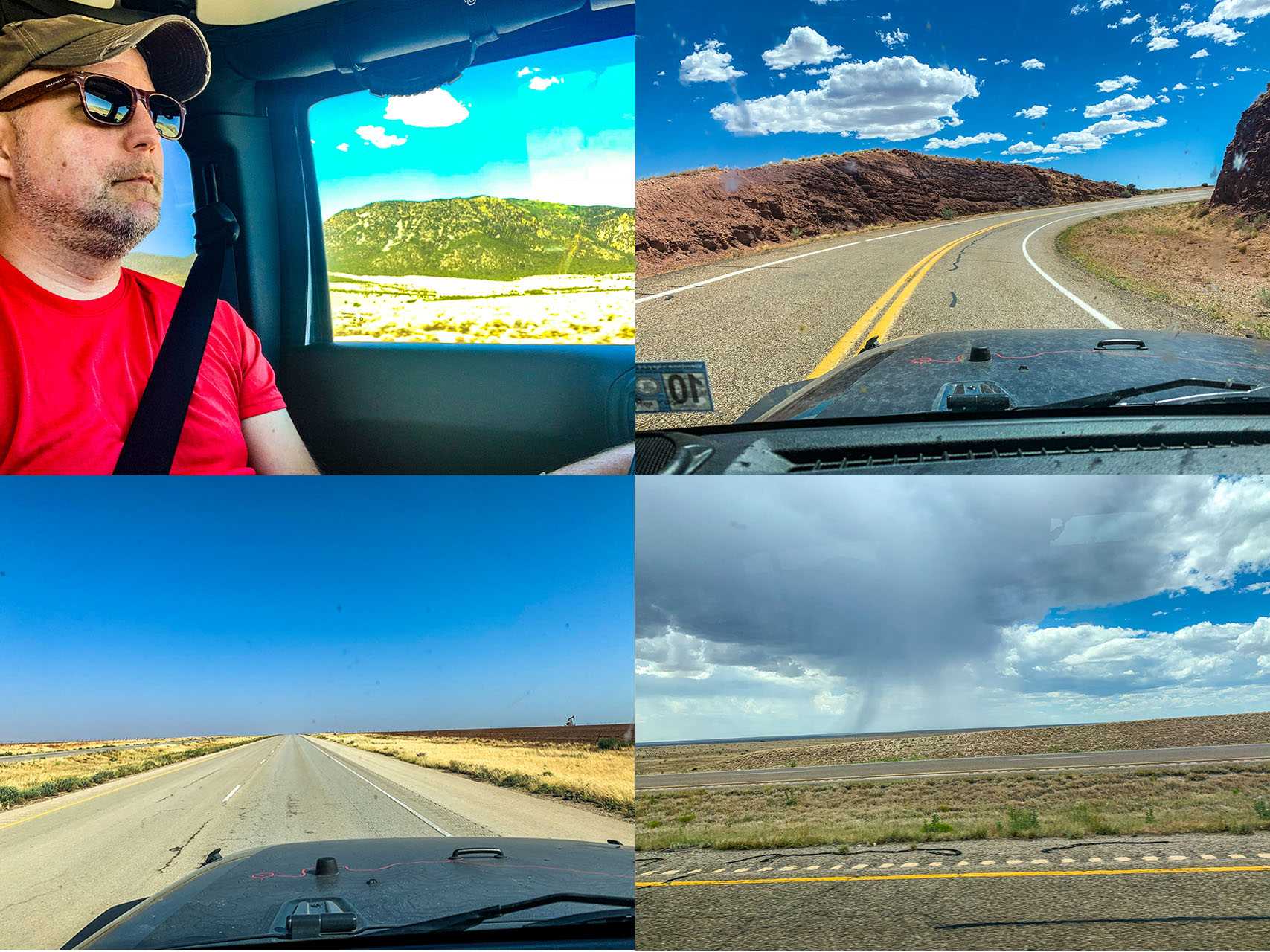 Depending on how many people are along on your trip, you’ll need to consider your packing strategy. On my last trip, it was just me, the wife, and the dog. We permanently folded the back seat and put a futon mattress in there to sleep on if needed. Our bags and the pup sat on the bed and we would move them up to the front during sleepy time. You can park in the back area of a truck stop if you want to save some money and don’t have camping reservations. That last trip being pre-COVID, we packed for going out and doing social things like bars and clubs. On this trip, I had two teenagers with me, and the bars were closed, so the strategy was different. I took some time to lay out my clothing as well as my camping gear and looked at where it might fit in the Jeep.

Lesson learned, I definitely overdid things with regard to clothing. I think I came back with half a dozen shirts and shorts that I didn’t wear. So you should certainly plan for contingencies like bad weather and sweaty hikes, some items you just won’t want to wear again. But if you sit your butt in the driver’s seat for the day, you can probably re-wear those cargo shorts. If you are camping, which I highly recommend, you’ll obviously need to consider other items. I had a full bin of camping stuff, and I would say that I used a good chunk of it. Also, consider seating, I was able to get (3) camping chairs crammed in between the rear roll bar and hardtop. They were great for the campsite, but also the river we parked in.

I picked up a behind-the-seat organizer and cooler before we left and it was great. For $15, it kept things organized for back seat passengers and the small cooler meant we had cold drinks. I took some Ziploc bags and filled them up with ice wherever I could.

Sure, the journey is great, but it’s also massively boring at times. Find some must-see places along your route and block out time to see them. We focused on national parks and the “America the Beautiful” pass purchase was well worth it. For $80 it got us into all of the national parks along the way. We easily would have spent twice that, some parks cost $35 per vehicle to enter! You can purchase the online, but you will need to make sure you buy early enough to get it snail-mailed to you. If you live near a park you can stop by there to purchase one ahead of your trip, although my trip to Great Falls in Virginia ended up in a failure, the front gate isn’t being manned during COVID.

Obviously, if you can stop off to see friends or family, it’s a great way to save money and get some local perspectives. On day one, we went through Chattanooga, day two New Orleans, and then spent a few days in San Antonio with some college friends of mine. As fellow Jeep owners, they ended up showing us some amazing insider experiences that we never would have known about. The scenario below played out on our second day there. We exited the highway, went under the underpass (keep it classy Texas), and ended up parked next to, and eventually in, a river with inner tubes attached to the back of our Jeeps for the kids to float in. 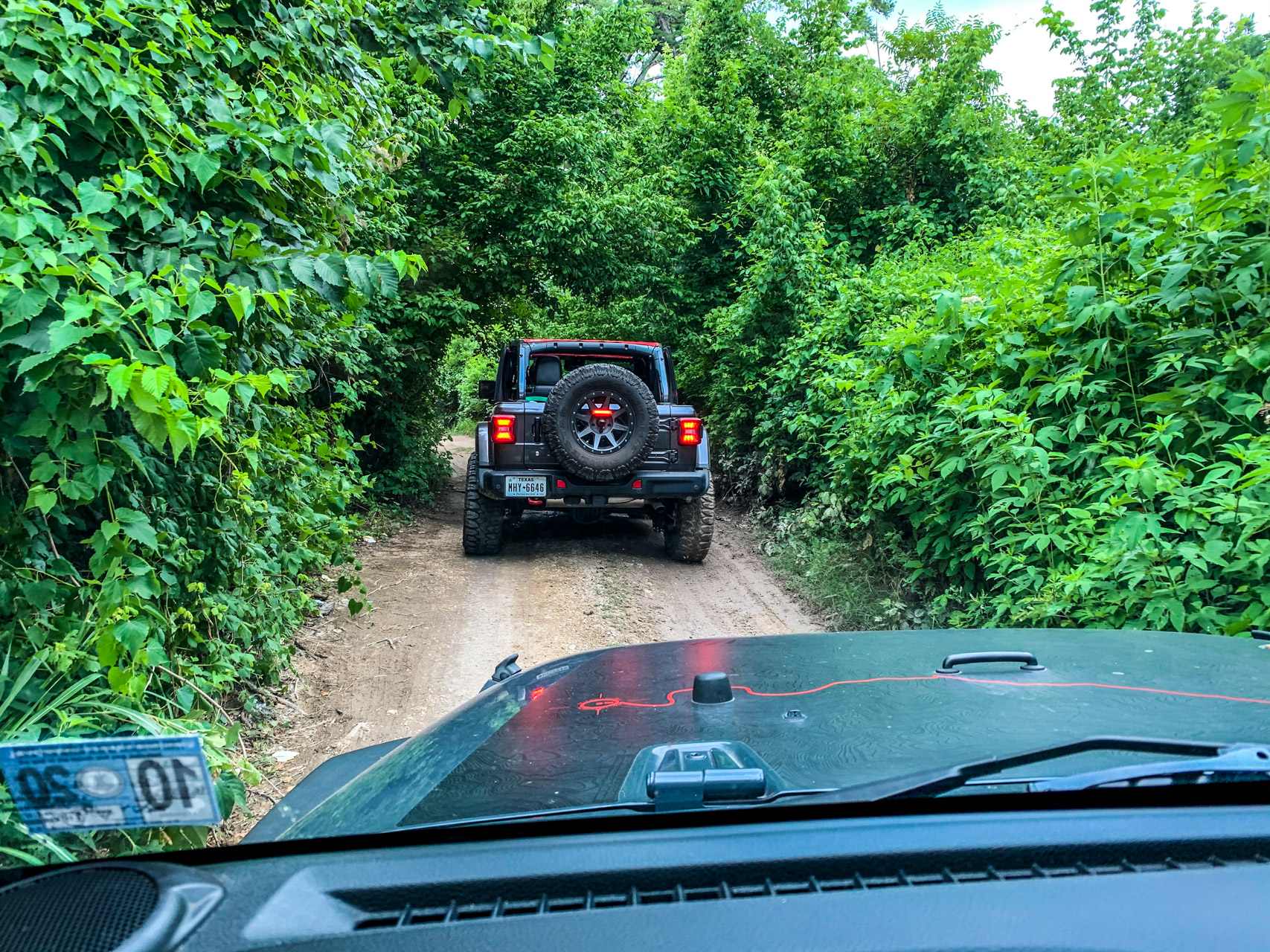 Uh, where are you taking us? 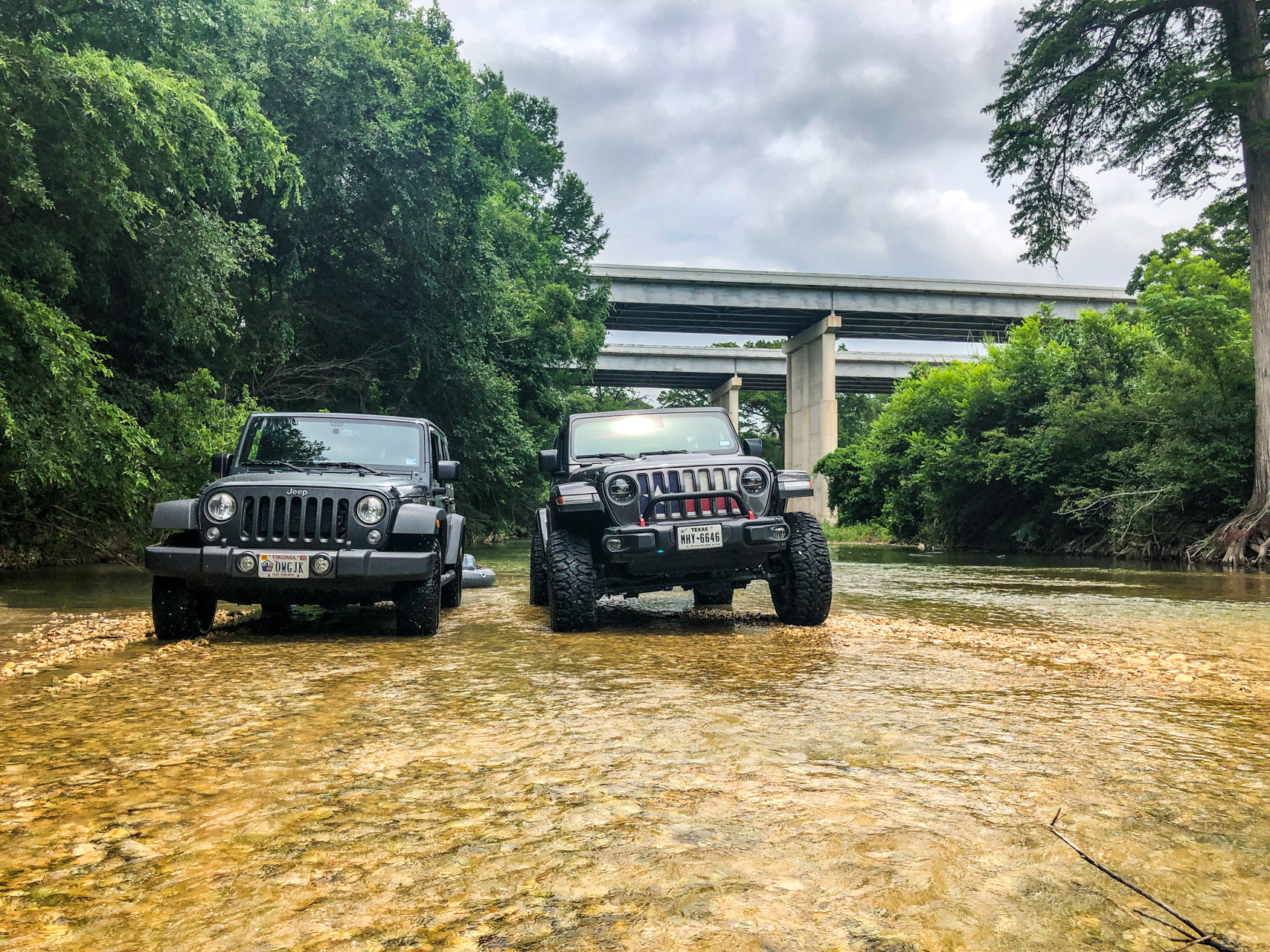 This was Peak Texas!

We even took advantage of an unfinished section of their neighborhood to see a great sunset from the highest point in the area. The landowners post on Facebook encouraging people to go up there. Although, the construction folks weren’t as enthused and had blocked access to the trail the end of the day with a big bulldozer, but we just Jeep’d it around them. 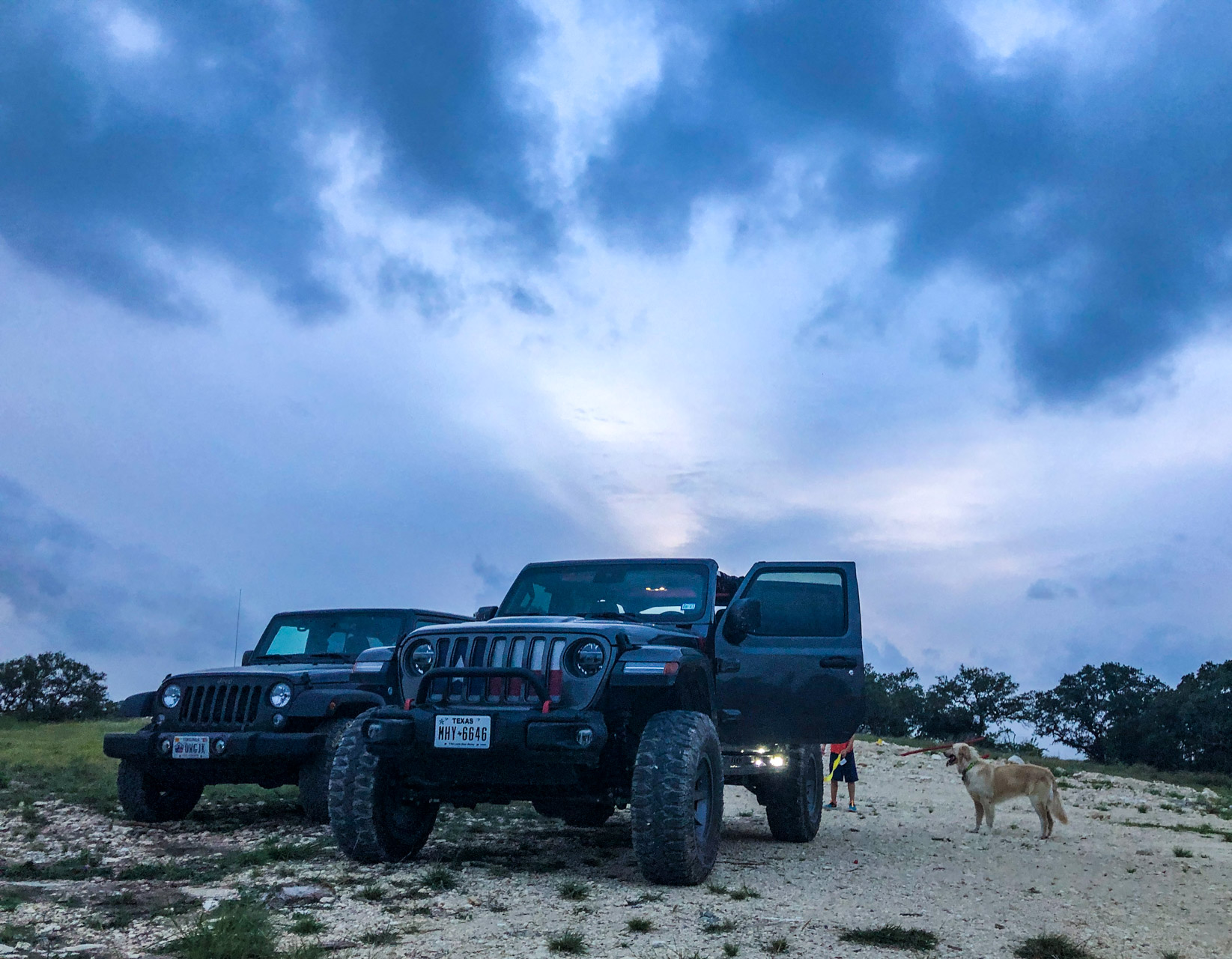 From San Antonio, we headed northwest up through Albuquerque where the scenery really started to impress (even the teenagers). We stopped off around Flagstaff to see the Grand Canyon, then went up towards Utah to see Zion National Park, Bryce Canyon, and then Moab. As a burgeoning off-roader, Moab was a great pilgrimage. I saw so many cool off-road rigs through the town and out in the wild. There are tons of trails from easy to difficult. We got the Jeep pretty dirty, but I stayed on the easy stuff, figured I had to get it 2000+ miles home.

One of the highlights was a place called the Needles Outpost, where we camped in a tree tent. You can find the site on the hipcamp website/app, it’s fantastic. 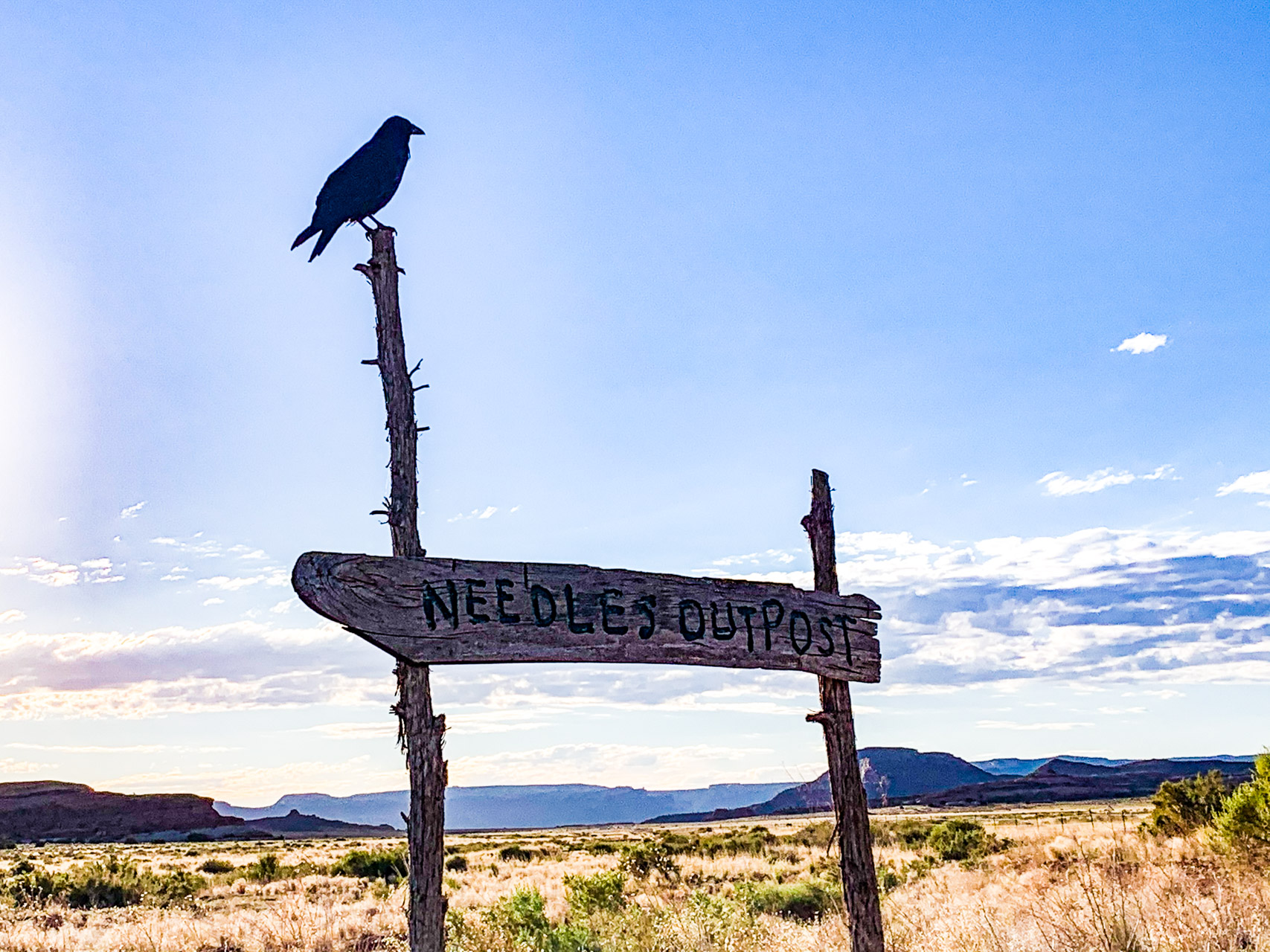 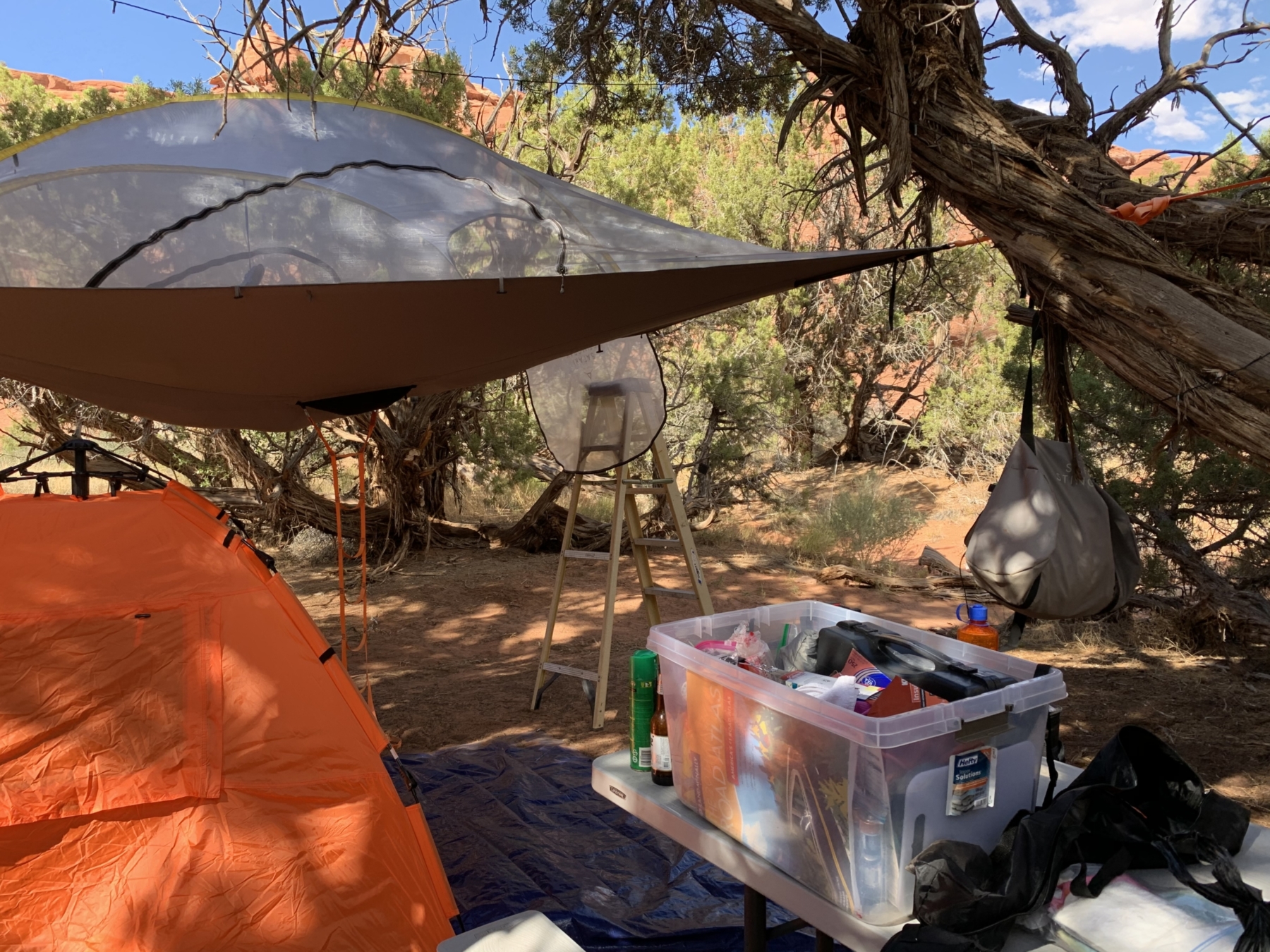 We brought a pop-up tent, for $70 it’s one of the best purchases I’ve made. You literally take it out and it pops into place. 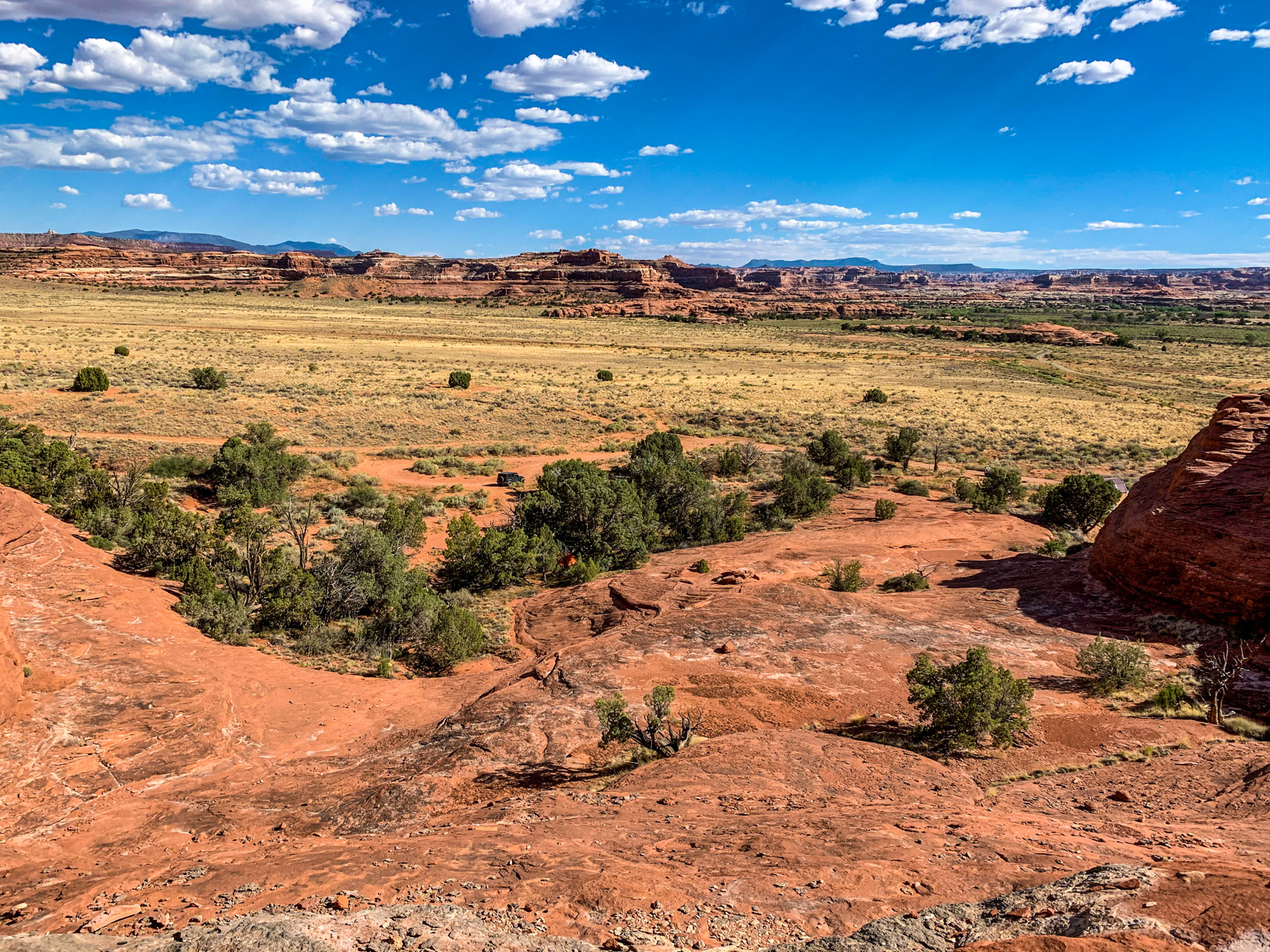 The view down from the mountains above our site, we had this entire area. 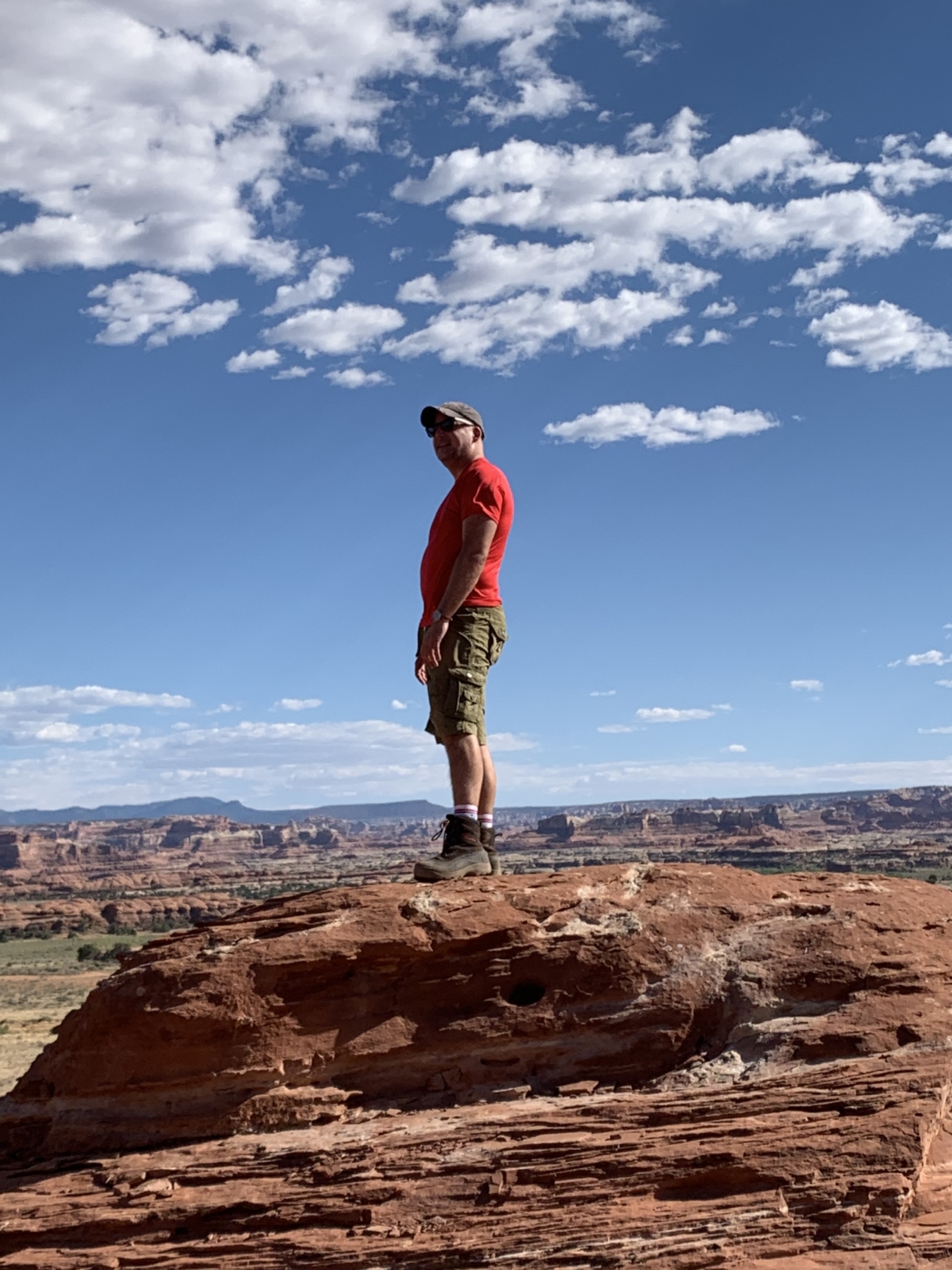 Seriously, amazing campsite. We climbed up to the top of the rock formation by our area. BF Goodrich socks are optional.

Seriously, even if you just hop in the car and drive, it’s worth it. We live in a beautiful country, go see it. During COVID, make sure you take a few masks, and I recommend a container of Clorox wipes and some hand sanitizer. Each hotel room got a quick wipe down when we arrived. Beyond that, it’s a great excuse to just not be around anyone if you want. Go hiking, go trail driving, there is still a lot to do even though so much is closed.

I’ll just finish this out with some annotated pics, it was a phenomenal trip. Feel free to ask questions in the comment area below! 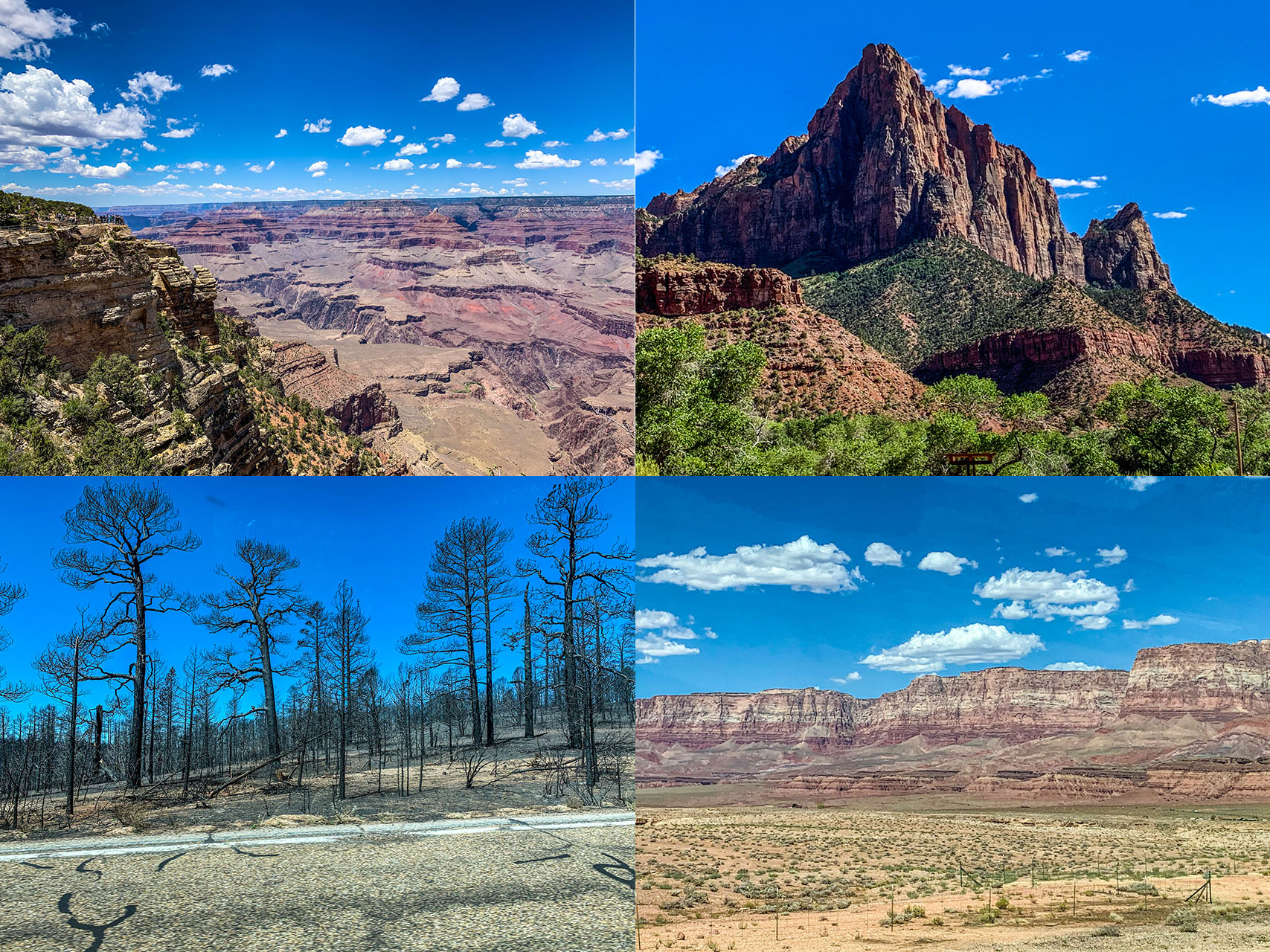 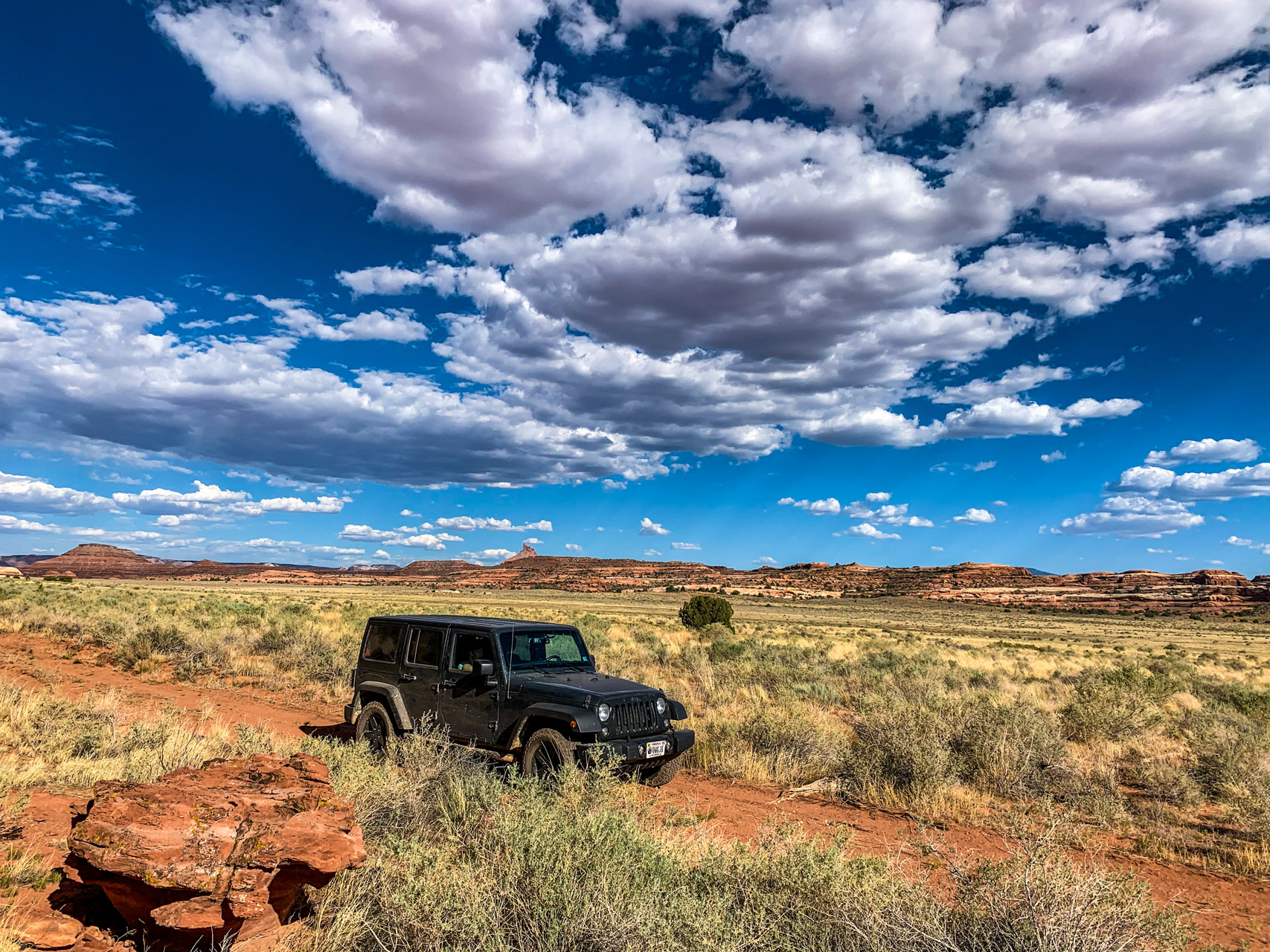 Some light trail driving near our campsite outside of Moab 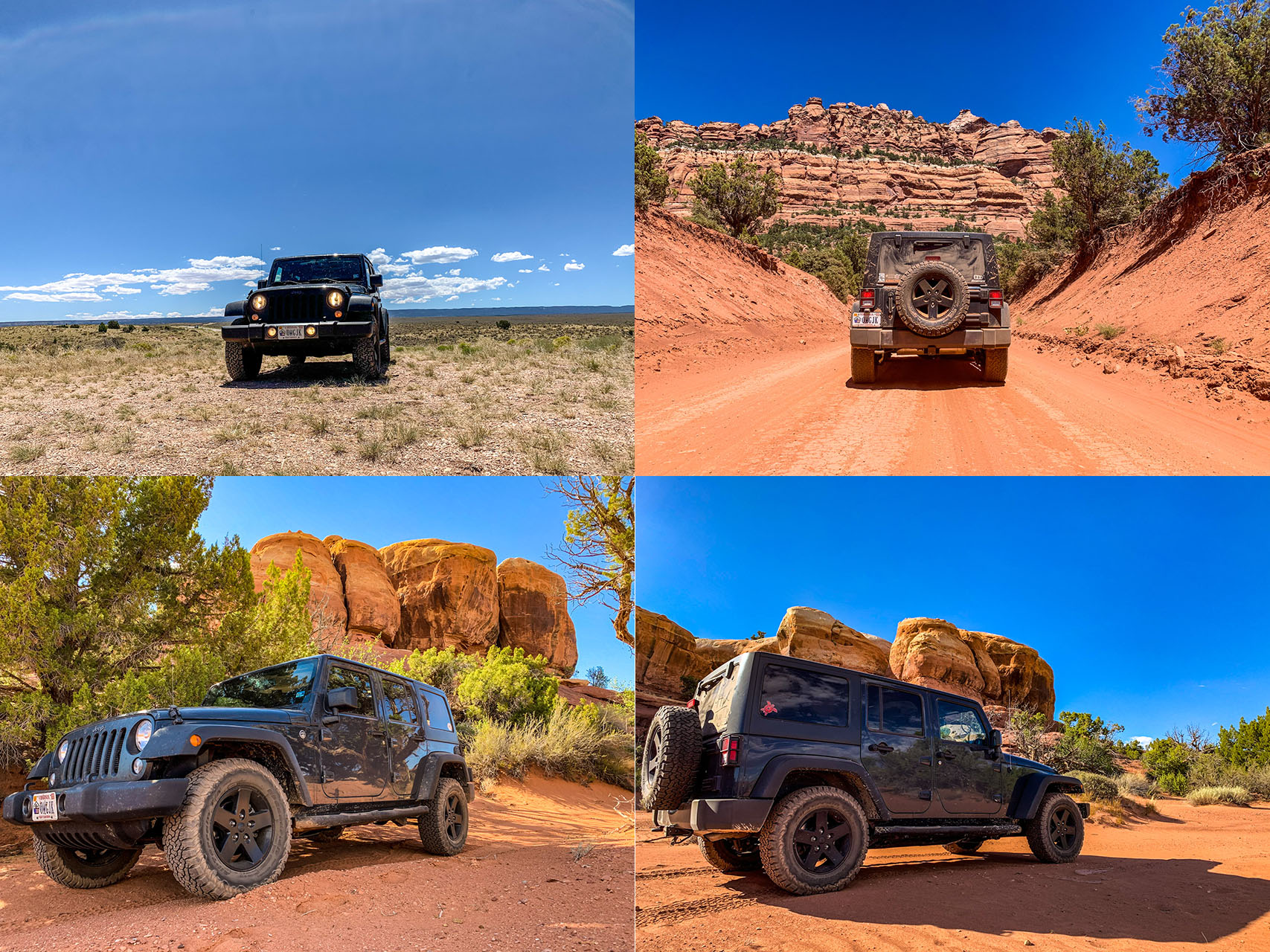 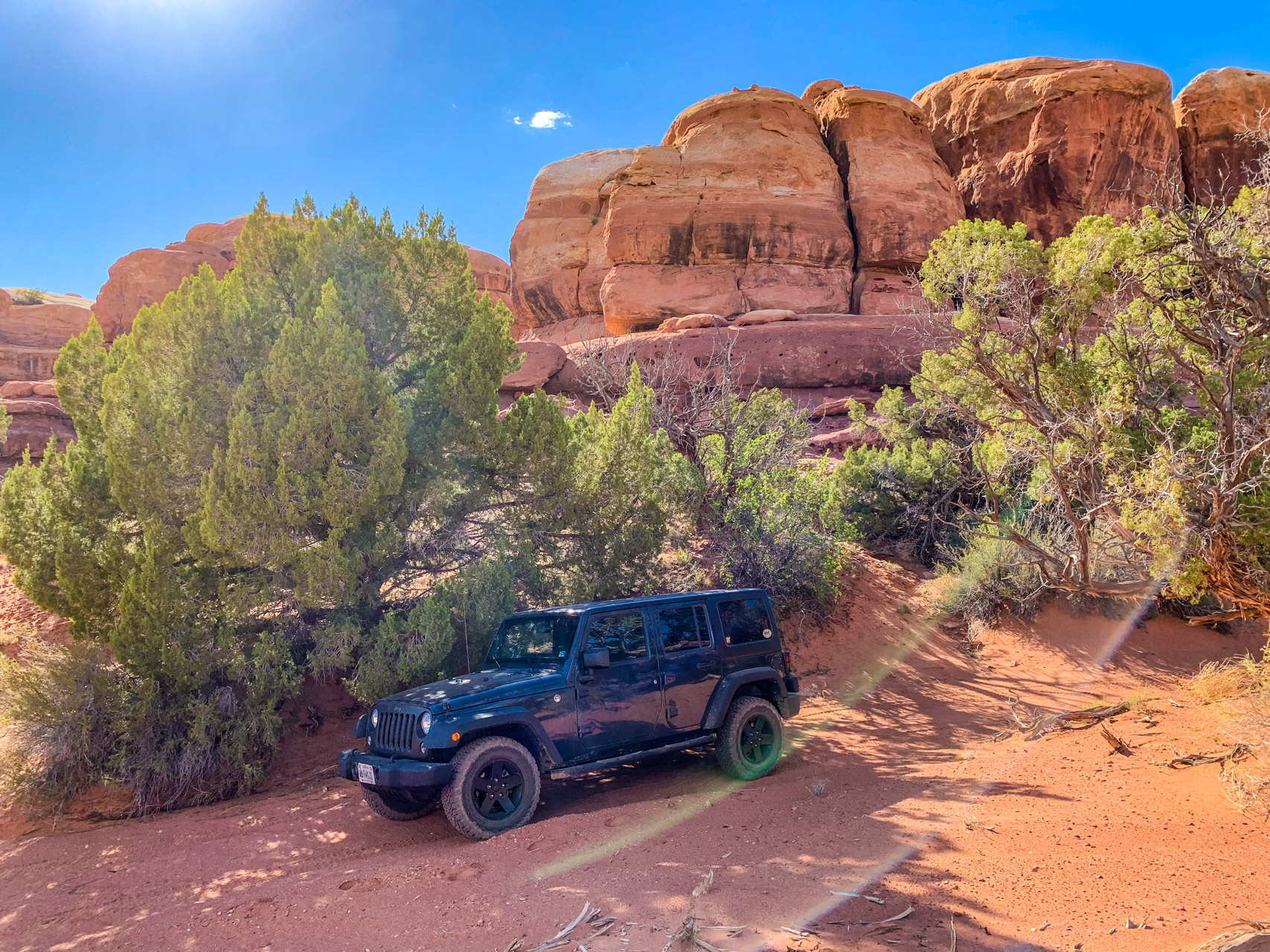 Just outside of our campsite. 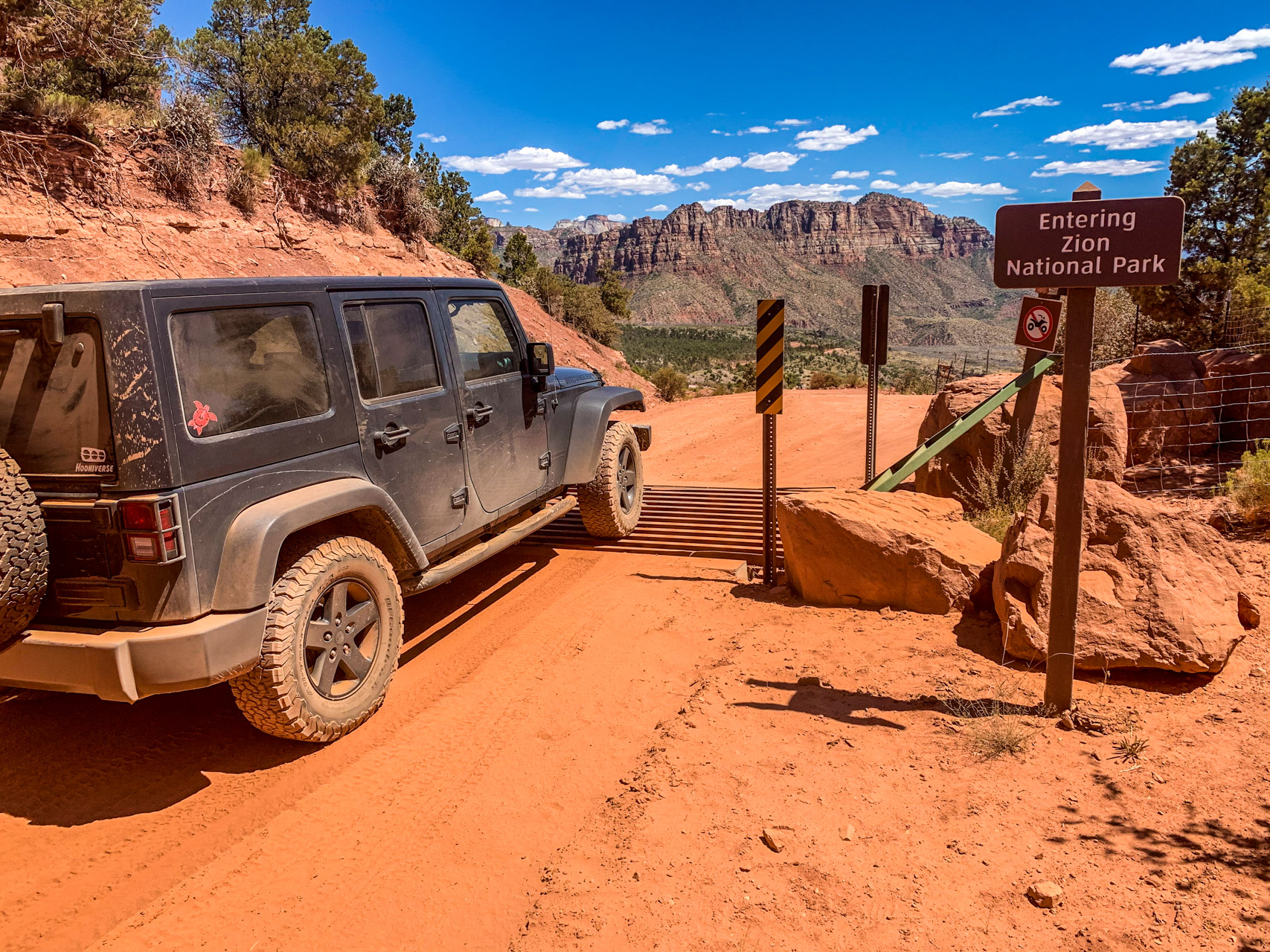 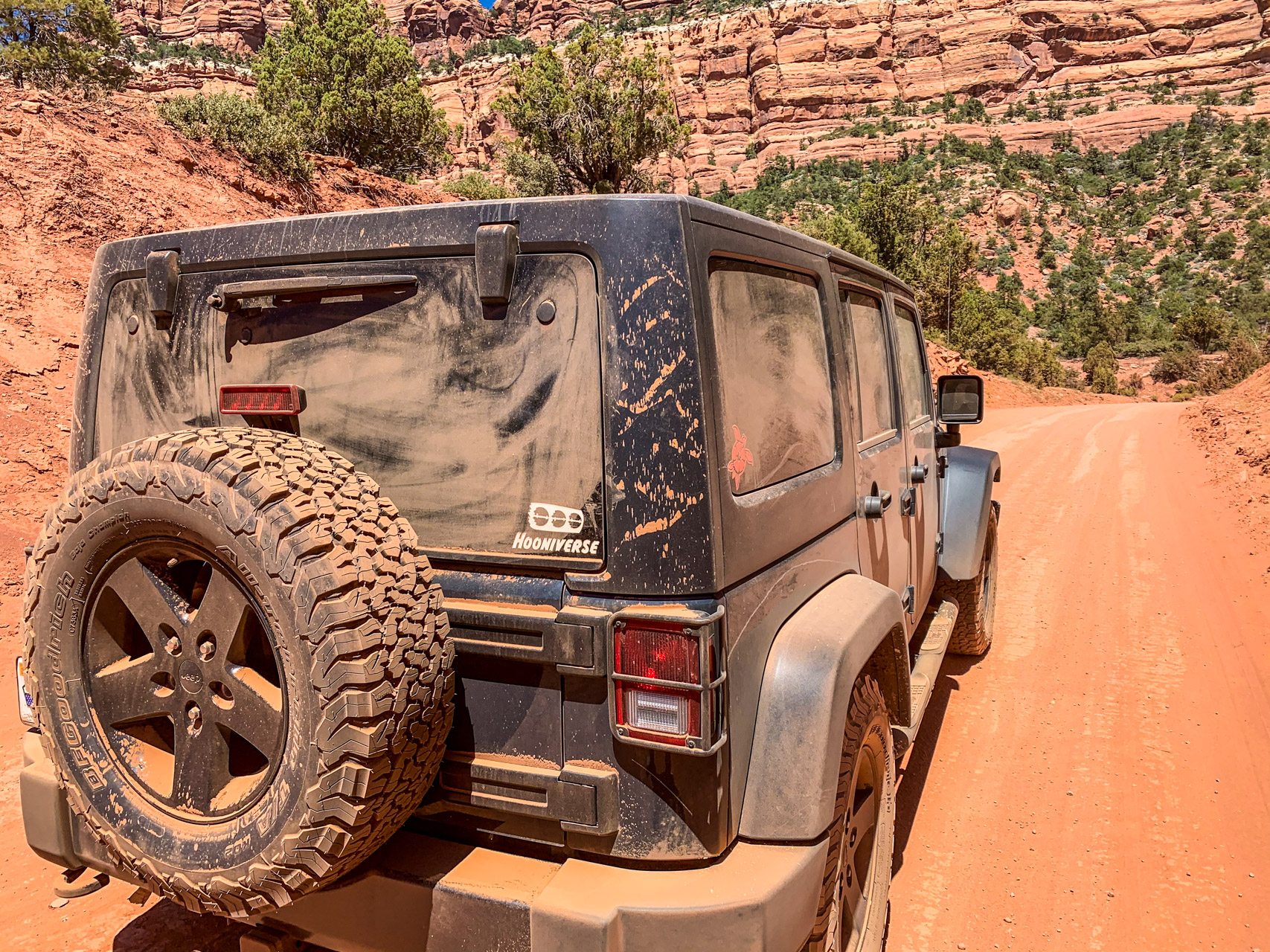 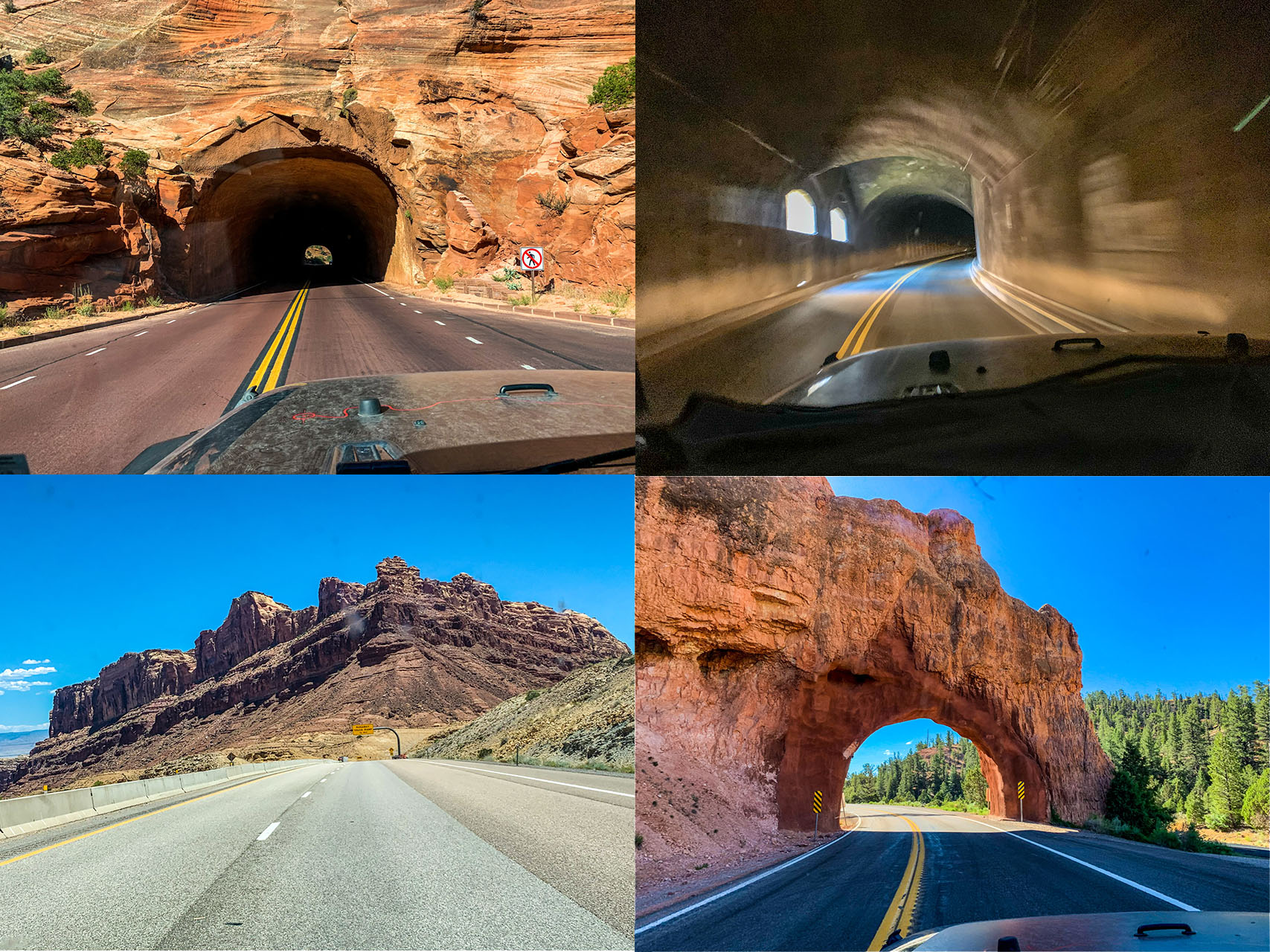 We some some amazing scenery, most of this is S. Utah and Arizona. 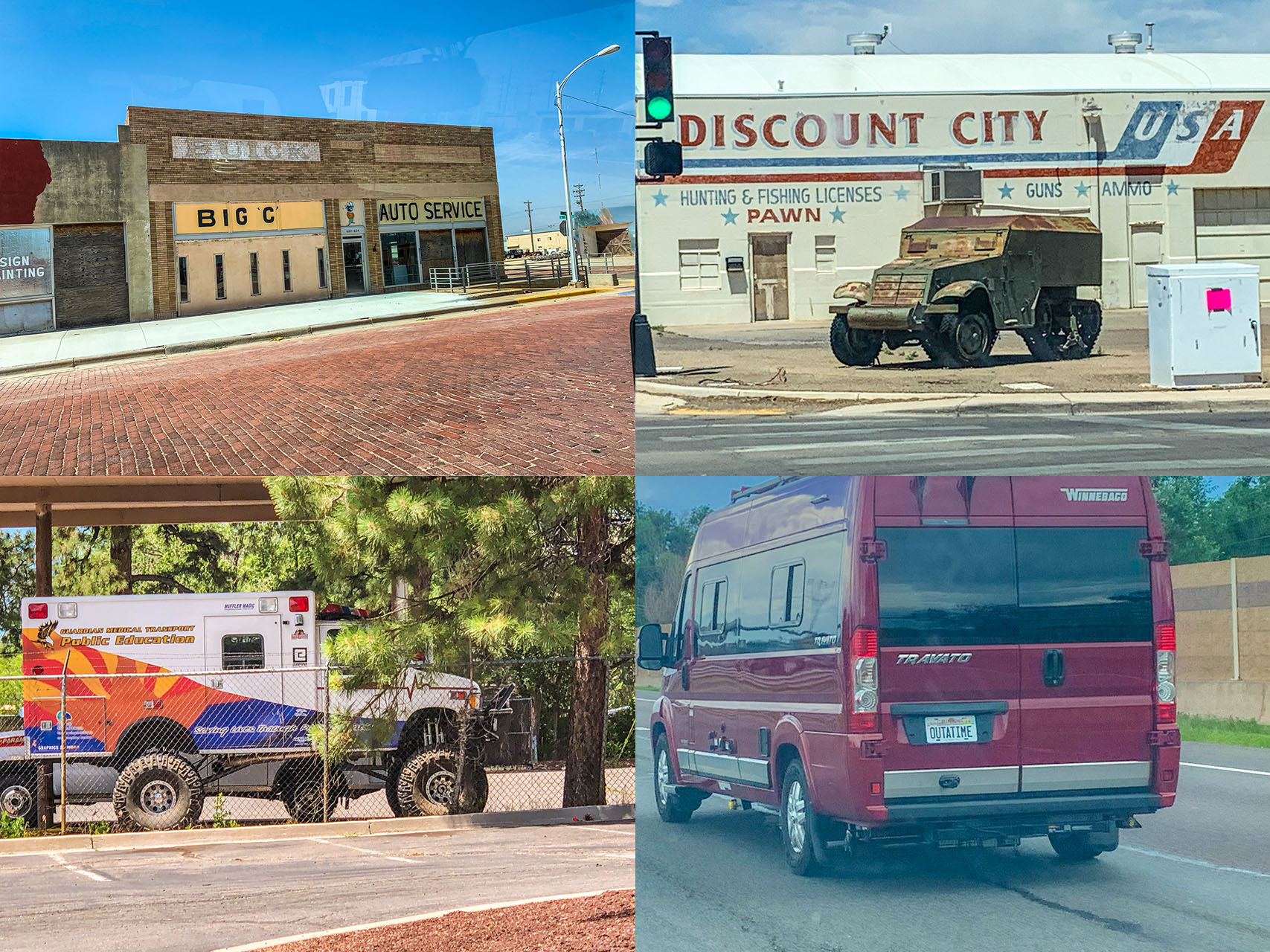 Smalltown America. Also spotted some random stuff along the way. 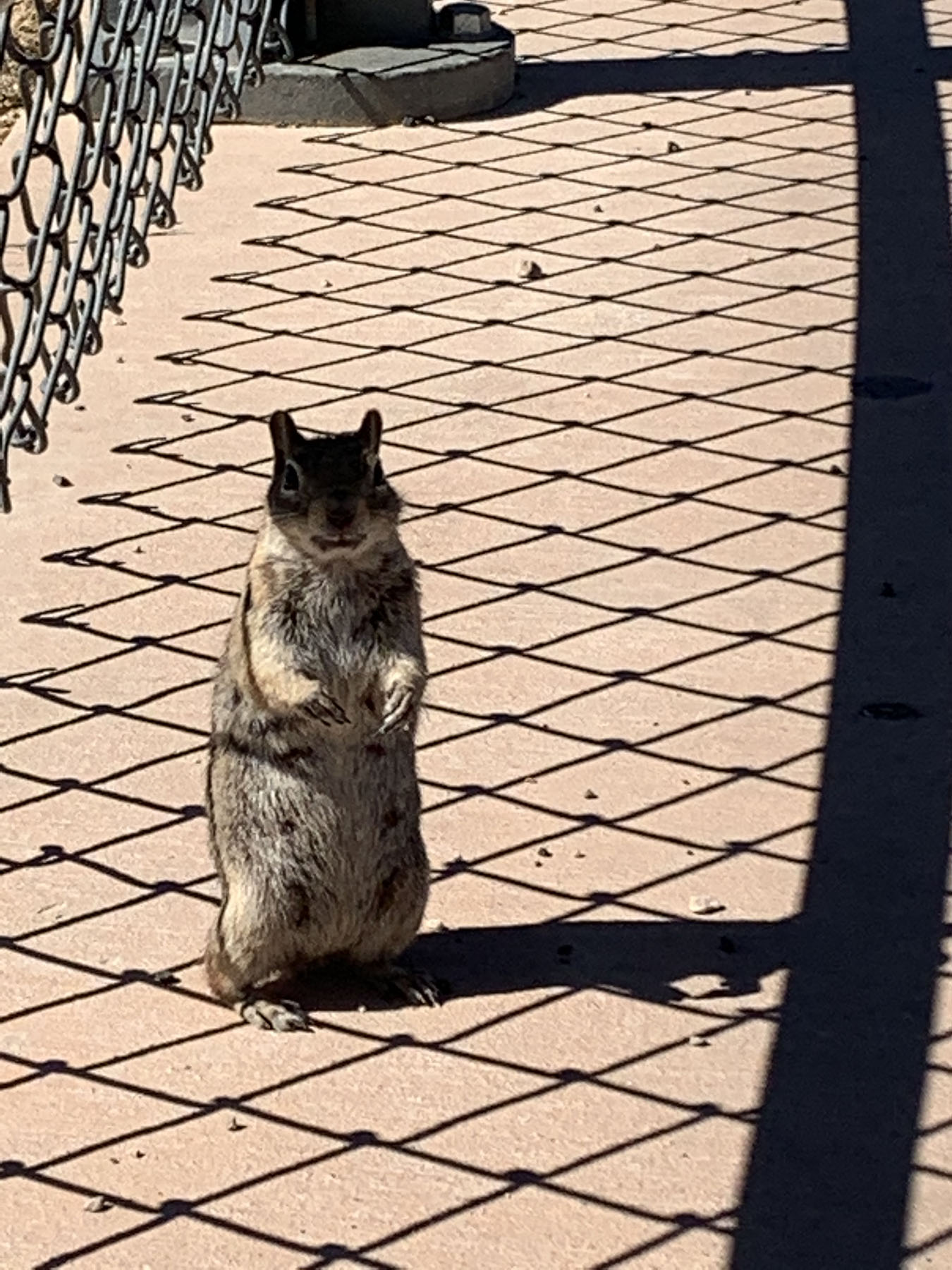 We named this guy “Bryce”.