Following in the footsteps of other amazing Technic models such as the Porsche GT3 RS, the Bugatti Chiron, and the Unimog, this model takes the unique Defender looks and combines them with Lego Technic ingenuity. Like those other models, the 2,573-piece Defender was developed along with the OEM and is a licensed product. And like those other sets it beings many of its mechanical features to a Lego life.

This Defender 90 model has many of the real features we discussed yesterday, such as the step ladder, the expedition rack, and the side storage pod. Lego also added an integrated winch, which JLR’s official press release hasn’t mentioned. Under the hood is a six piston engine, which is attached a gearbox and a transfer case, which sends that Lego power to all four wheels. Those wheels are of course independently suspended. Sadly/happily, the air suspension didn’t carry over from the real Defender, which means that your Lego Rover might outlast your Land Rover. 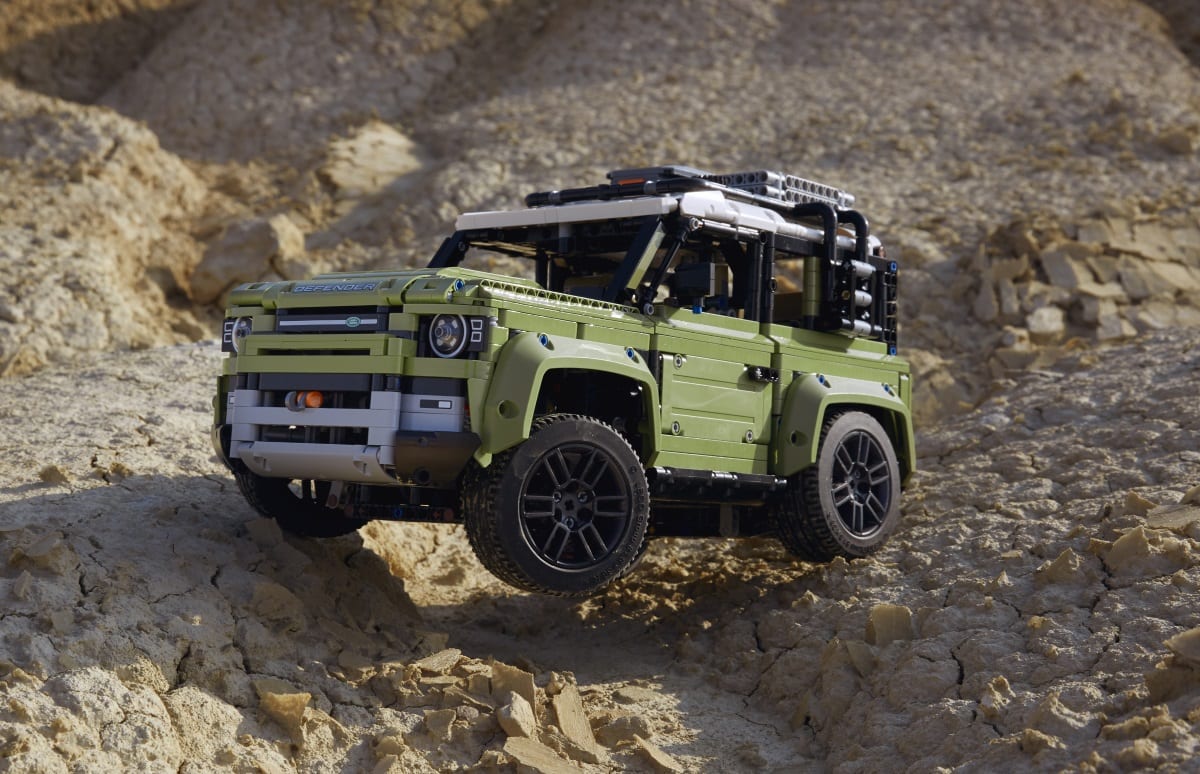 The Technic Defender measures over 8-inches (22cm) high, is 16-inches (42cm) long, and 7-inches (20cm) wide. The set comes in olive green, grey and black color scheme. Lego says it’s for kids 11 and up but I’ve build my Unimog and Porsche with my kids when they were much younger than that. Their little fingers and excellent vision came in handy frequently. Just make sure that, you know, they don’t actually play with it once it’s done.

The Technic Defender will be available worldwide on October 1st of this year, so you might want to email Santa or Hanukkah Harry early. It’s priced at $199.99 USD, €179.99, or £159.99. I needed quite badly. I wonder if I could fit Unimog tires on it. 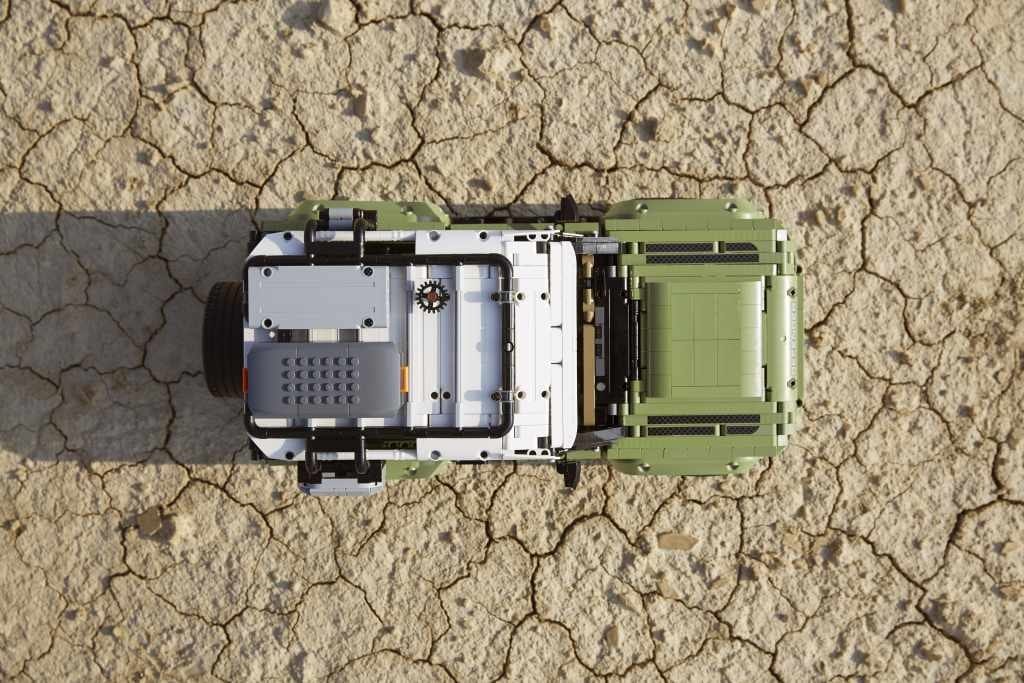 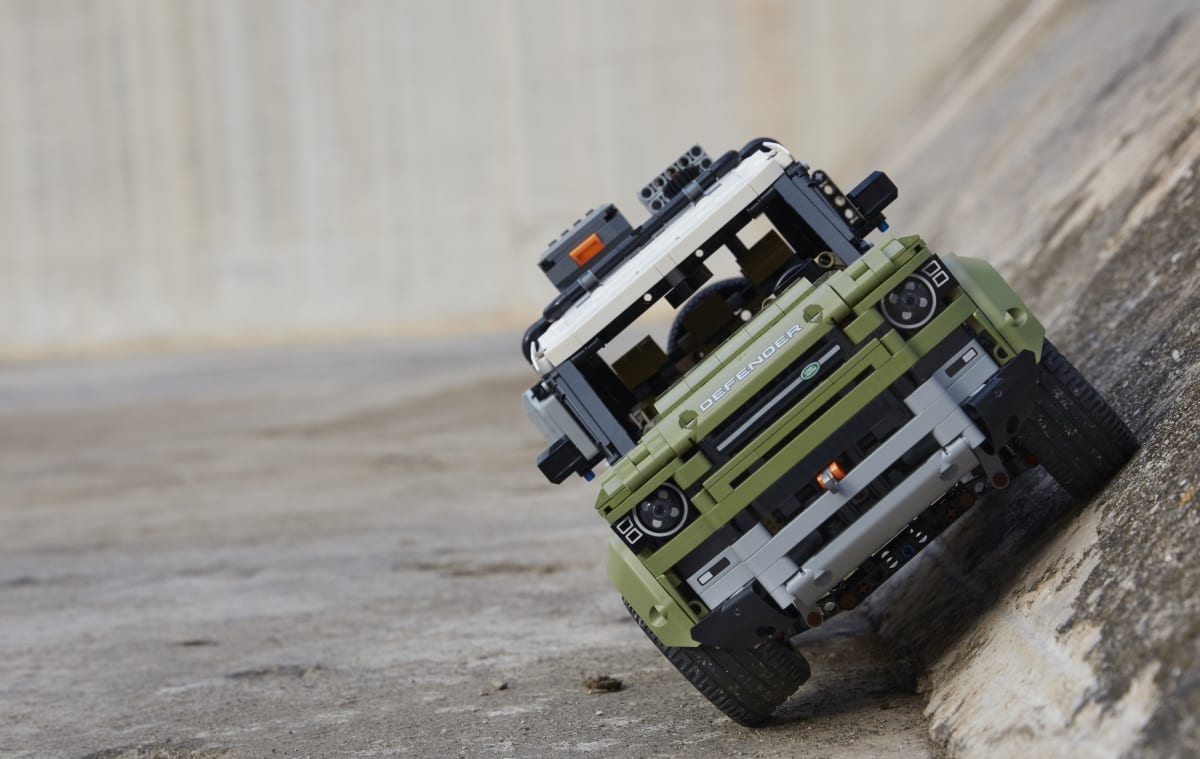 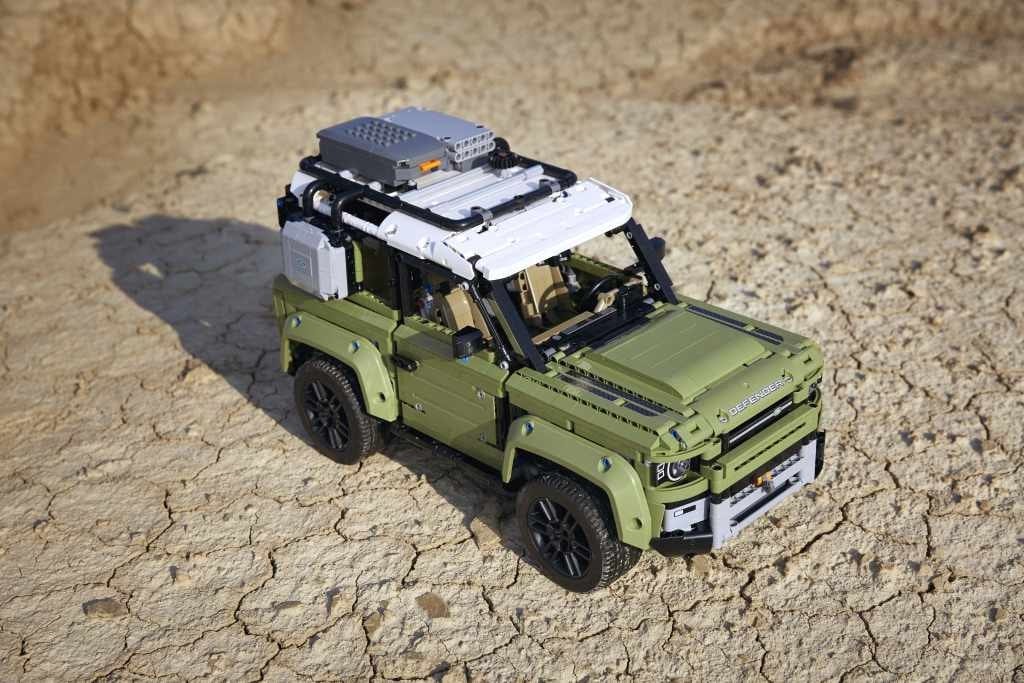