When a five-door hatchback like the Elantra GT, rolling on Michelin Pilot Sport 4S tires and with a manual transmission is dropped off for you, you have expectations.  More so, given that Hyundai, for more than a decade, tends to deliver a lot of value for the money. 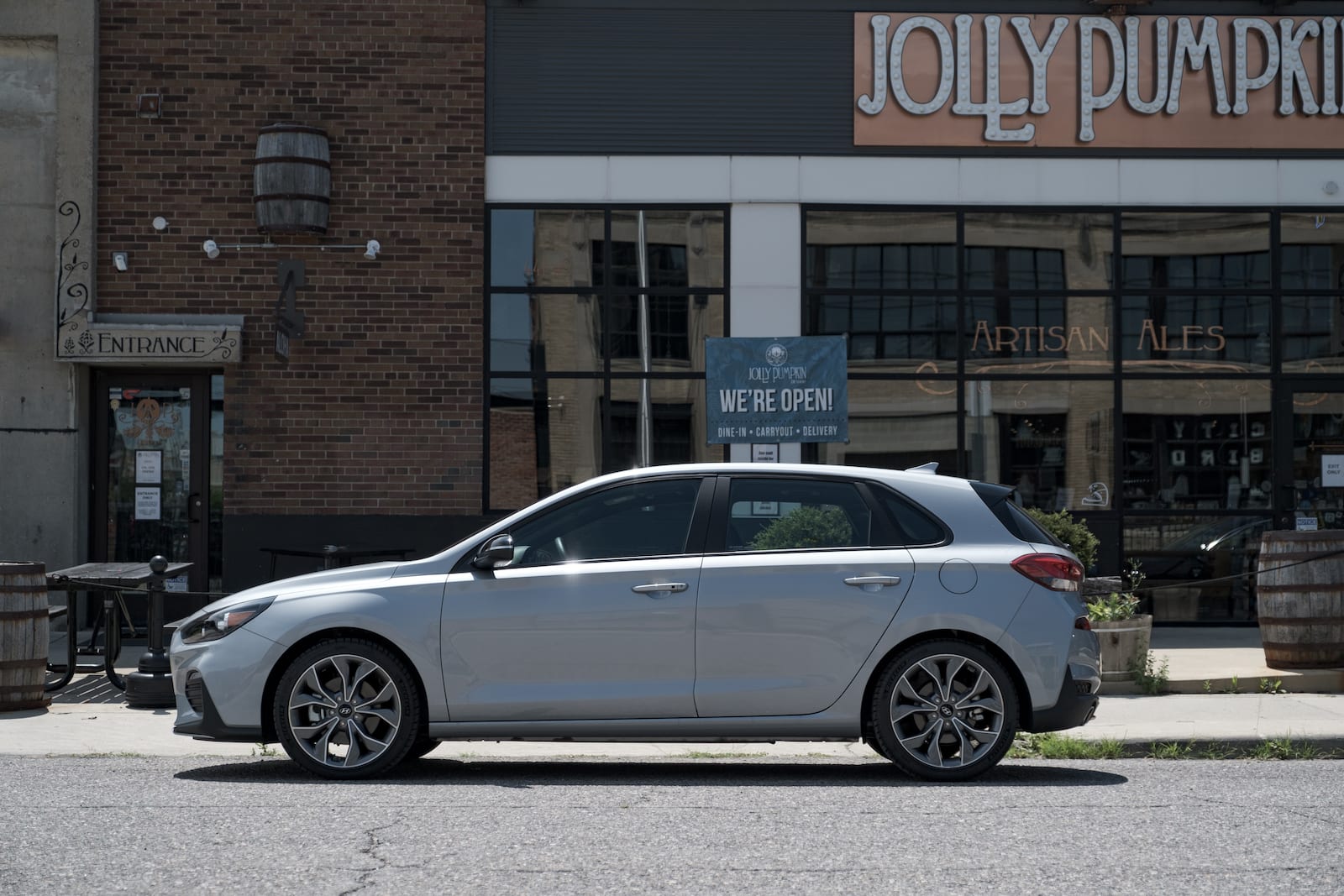 A quick glance at the spec sheet also shows a 1.6-liter turbo engine with 201 horsepower.  That’s in line with a Honda Civic Si, but down a few on a Golf GTI.  It’s easy to see just how much expectations are set then, yes?

During the summer of COVID, cooking and baking videos became very popular on YouTube.  It’s funny to see people confused about tempering eggs so they don’t scramble when you mix them into a hot liquid.  I think that nicely defines the interior of the Elantra GT; someone didn’t temper it. When you slide into the cabin, you’re immediately struck by the vast amount of cost-cutting that went into the vehicle.  Hard plastics abound.  The headliner felt like a very thin pressboard with one millimeter thick felt fabric over it. 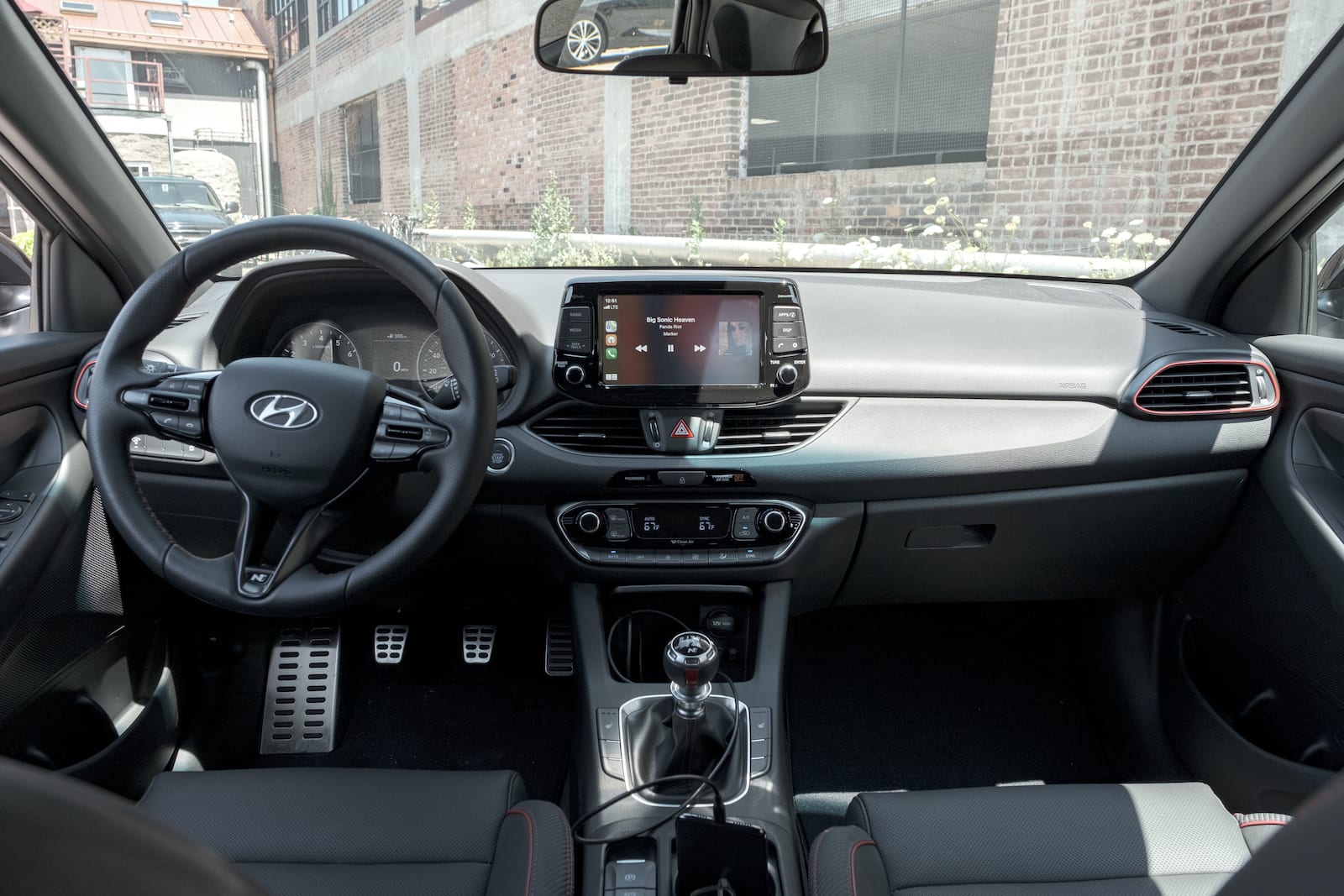 The infotainment screen looks right out of 2014.  It works fine. It has real buttons and knobs, nicely sized, but it’s overall physically small and the graphics are last-gen, at best.

The hatch area is nicely sized and when you fold the seats flat, there’s a large amount of room.  I easily fit a 34-inch fan in there to take over to my wife’s friend’s house when her A/C unit quit on a 90ºF day. 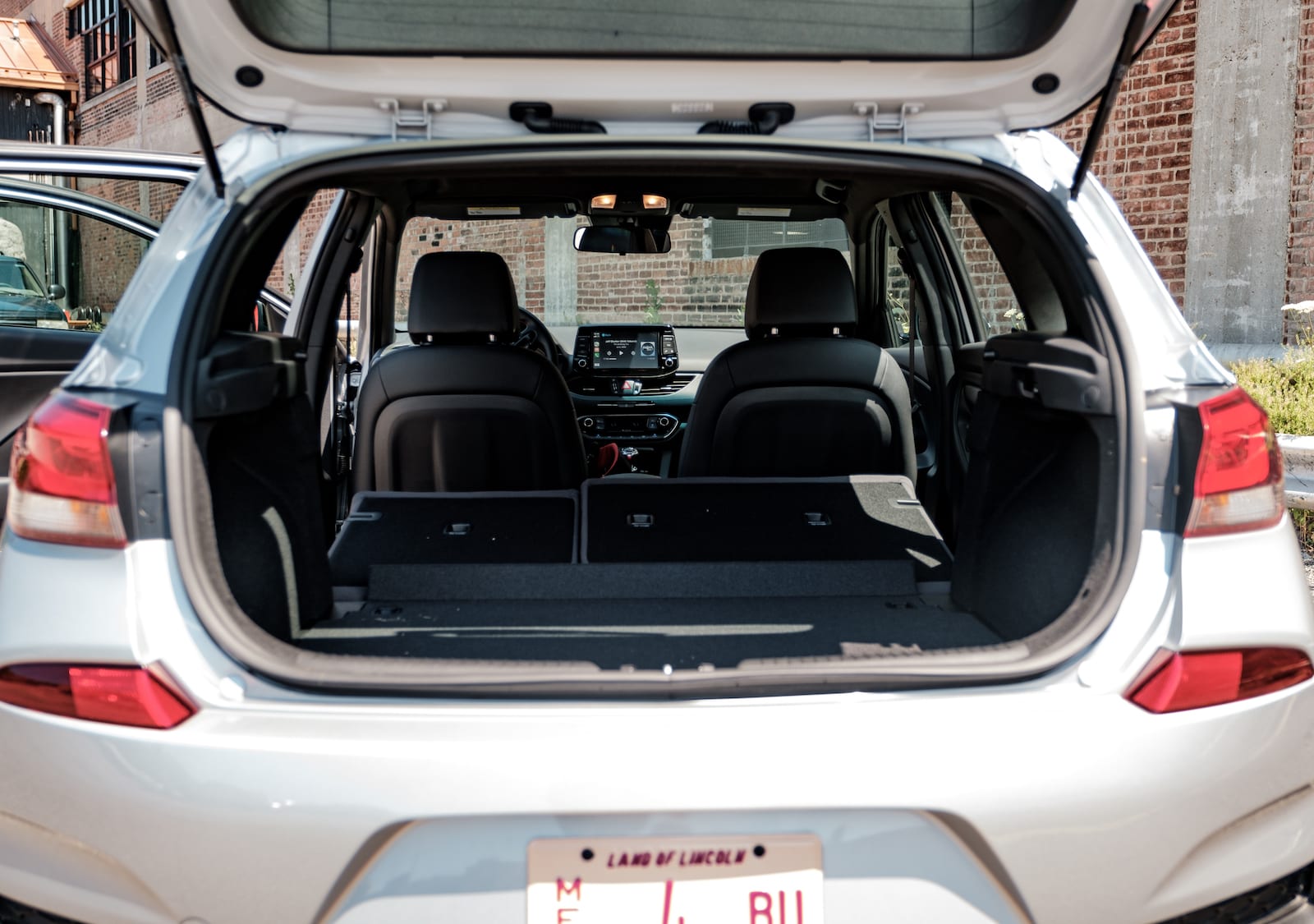 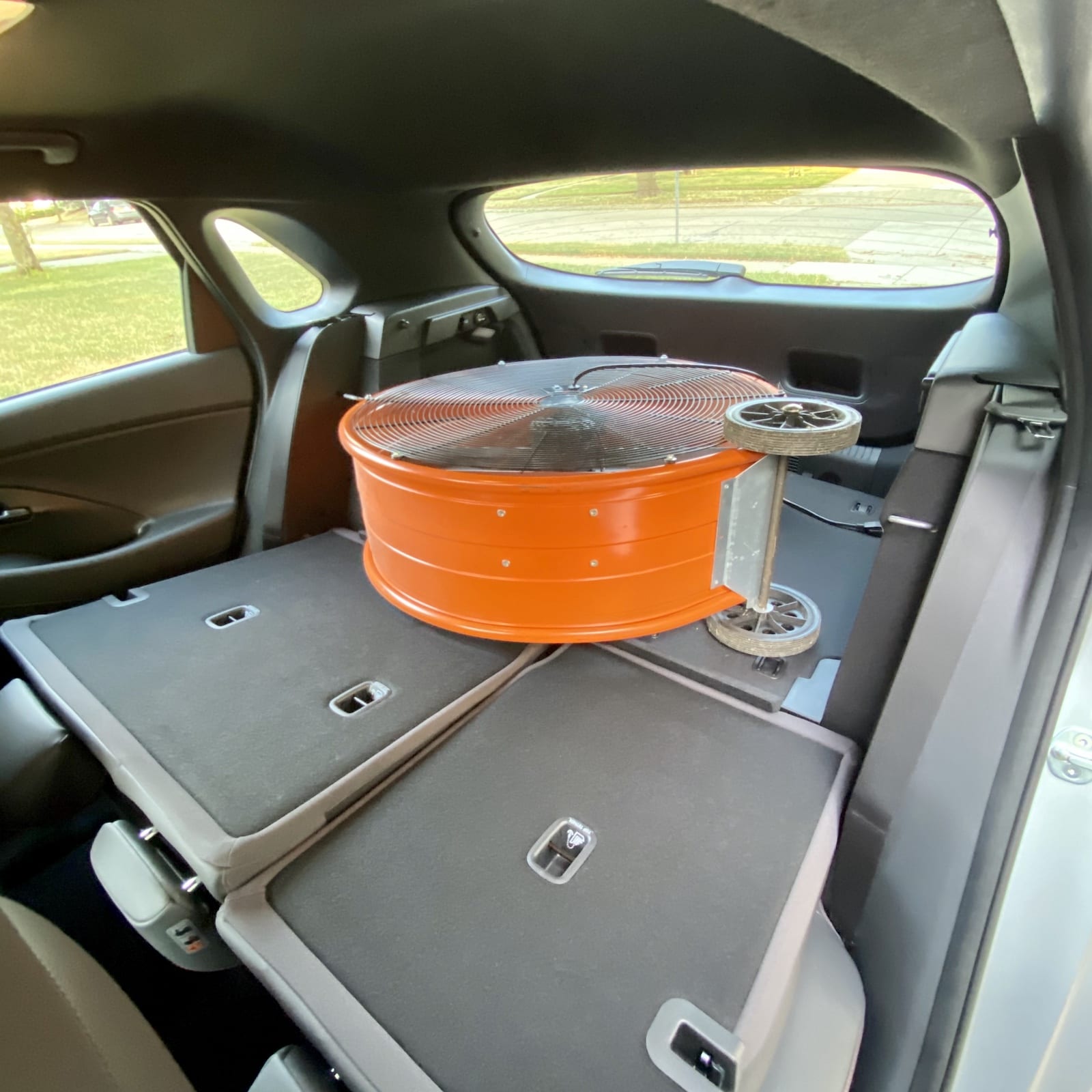 What I didn’t try to fit back there was my Irish Wolfhound.  The floor material over the spare tire area was again very thin pressboard, and I didn’t want to chance a 130-pound dog splitting it the moment he stepped on it.

This is an interior that looks alright until you look close and start touching things. It is the level of cost-cutting that would make a Finance VP at General Motors happy.

But it gets better with the driving, right?

So is this a value-priced Civic Si or GTI? Fiesta ST replacement?  In a word, no.  The Elantra GT drives fine. It handless fine, albeit a little remote feeling.  The Michelins certainly help quite a bit.  The quality of the shift action, however, is not up to GTI standards and falls well short of the Honda. 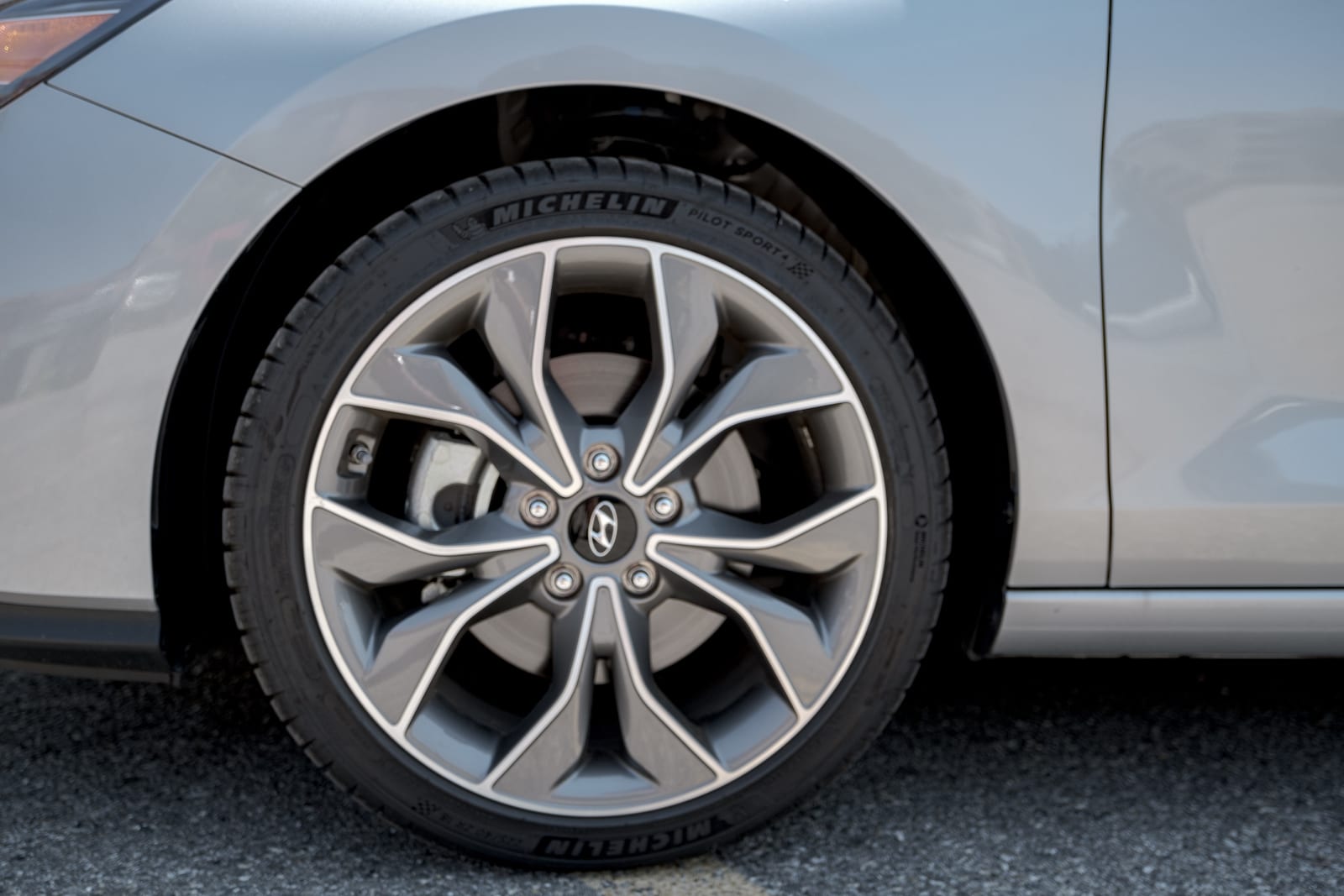 Acceleration from the turbo engine lacks character.  It doesn’t have that low down shove of a modern turbo engine where it makes peak torque from 1,800 rpm on, nor does it really have an old school turbo rush at the top end.  The exhaust makes a noise, I’m told. The best word I can describe the aural experience with is clinical.

Look, I had fun with the car, it’s not a dog, it just wasn’t engaging.  My opinion did improve the last day or two I had it in for review.  Maybe I began to understand it better or gel with it better, but in the end, it always left me nonplussed.

Numbers and statistics are meaningless without context

That statement is one of the pillars of my life.  So many car enthusiasts base all of their opinions and decisions looking only at spreadsheets and comparison numbers not even bothering to experience a vehicle at any level in person.

From conception to execution, as this car went into production, it feels like a numbers exercise that needed to check certain boxes.  In this instance, the sum equaled the parts, and the parts didn’t meet the criteria. 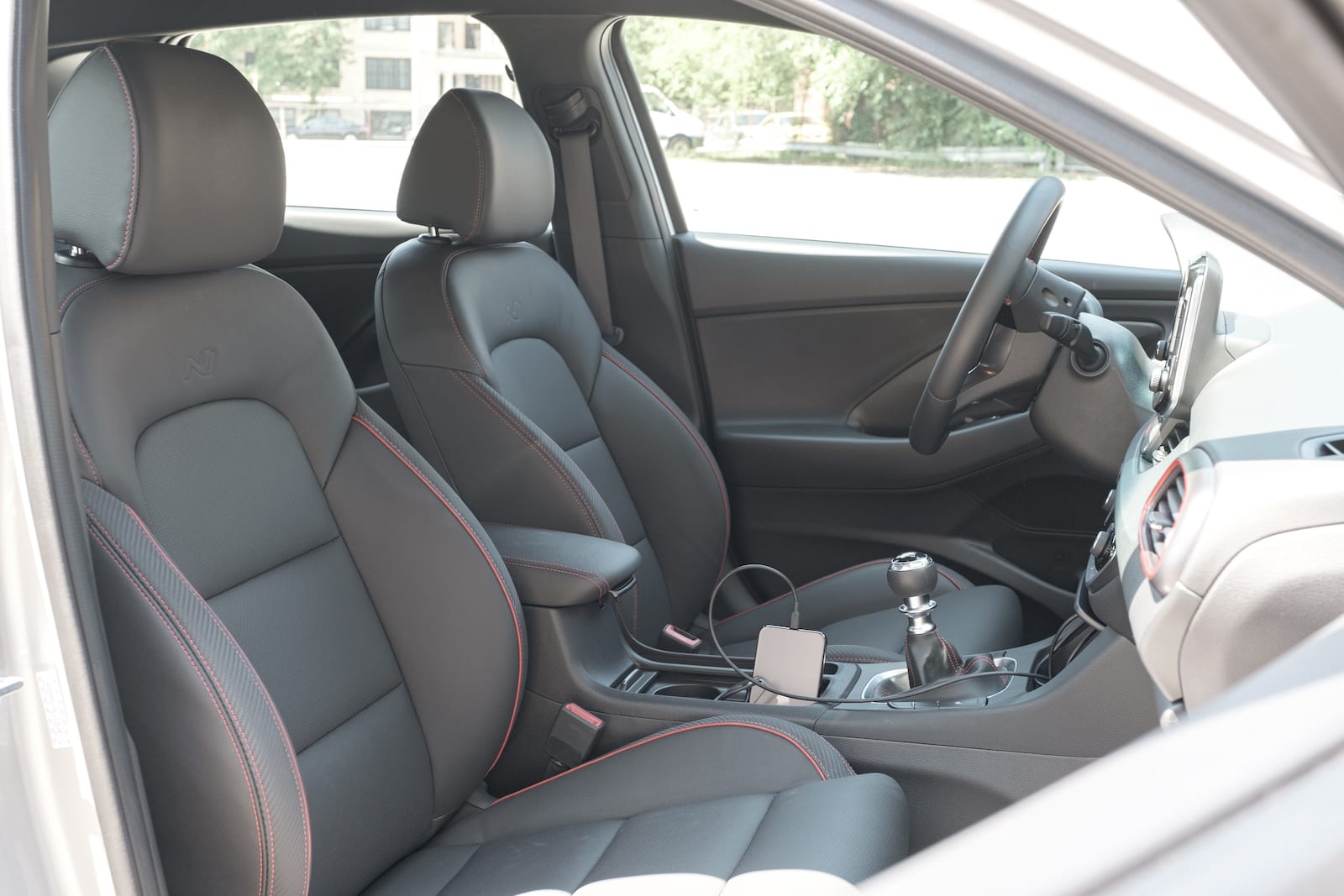 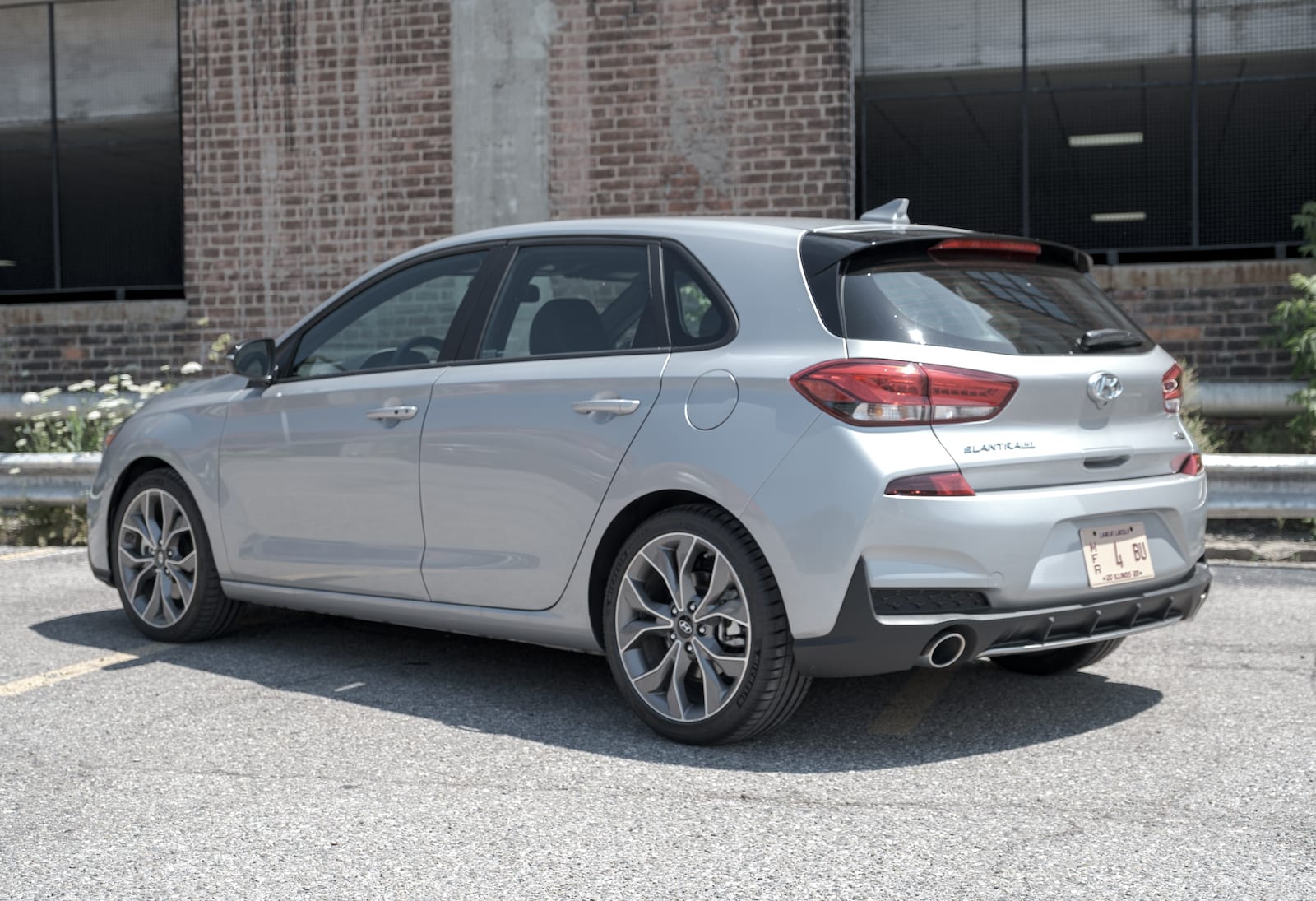 Everything looks good on paper from the price, to the engine specs, size, and weight, but it never comes together.  Those eggs were never tempered and they scrambled when put into the liquid.

As I write this it’s been about a month since the Elantra GT was in for review.  I pulled out my notes and photos to look them over and refresh my memory.  I had exactly ONE page of notes on this car.  And the photos I took, they were the minimum needed to get the coverage required.

There is so much potential for this car to be good.  It’s the right size, the price is good, but it just can’t pull it off.  For two grand more the Civic SI is a much better car.  The interior alone is worth the premium, but it is also more engaging to drive, though it too is wanting for an exhaust note.

The GTI still reigns supreme in this class.  You pay for it, yes.  It will cost you at least another $3-4,000 for a GTI over the Elantra, but everything about the GTI is better.  There is also an aftermarket for the GTI to customize it to your heart’s content.  The Elantra GT, not so much. 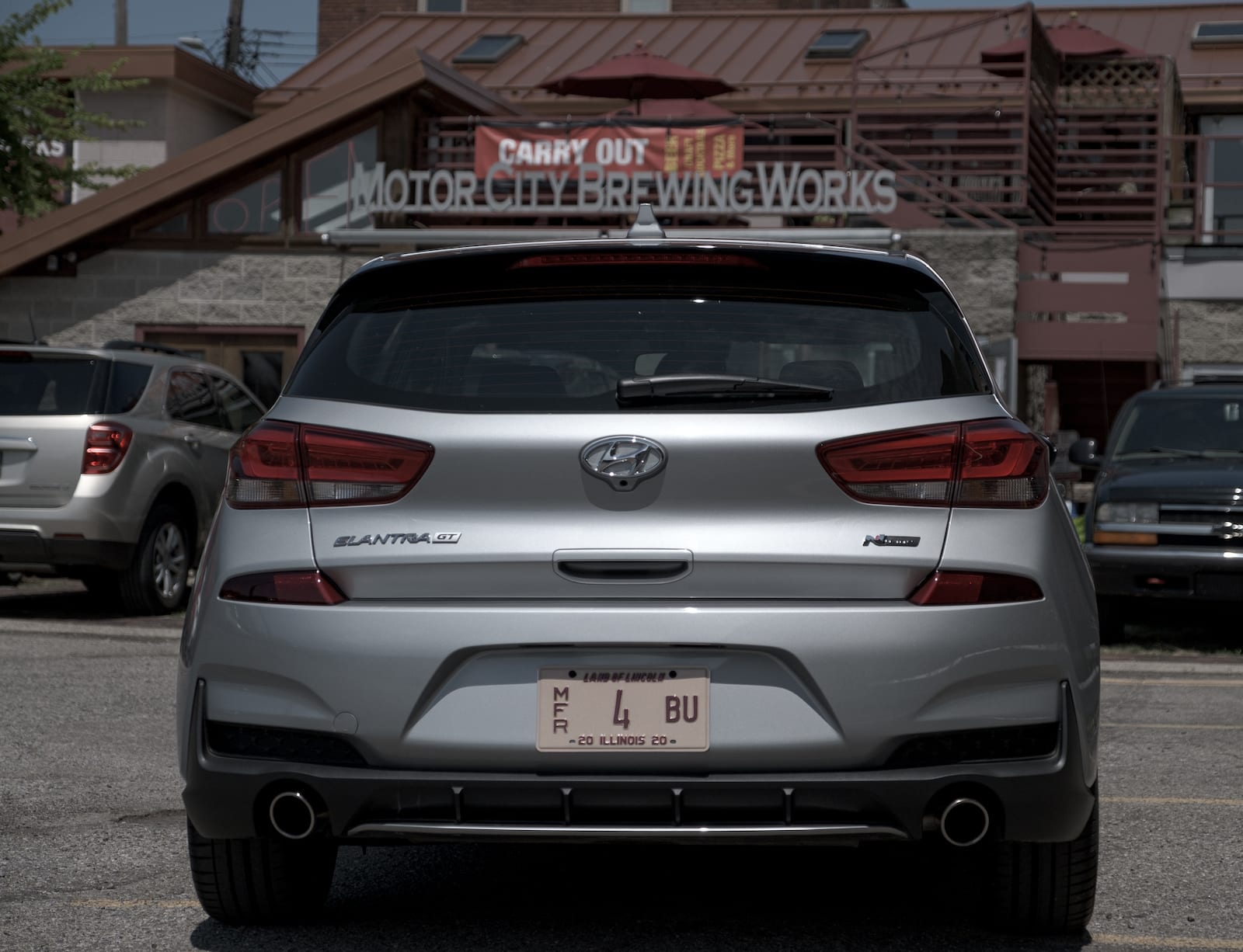 The potential is there and I do hope Hyundai does have another go at this formula.  It is so rare for anything not to be a crossover these days we should be happy it exists.  But it’s almost like Hyundai set it up for failure so they could kill it and build some flavor of crossover in its place.

Go drive it for yourself, then go drive a Civic Si and a Golf GTI and make your own call.  I think you’ll come to the same conclusion.