I spend way too much time in the 1990s around sporty Hondas. Then, at the end of that decade things have changed at Honda, and not for the better. Enthusiasts like me were dropped in favor of lower production costs and mass marketing. It has been twenty years but I am happy to report that the updated 2020 Civic Si may be the first Honda product since the 1990s that I really like*. It’s quick, fun, and functional. This means that it’s everything the Civic Si has been over the years. Except it’s now better than ever.

The K24-powered Civic Si of yesteryear were fine but to me they were missing some engagement. The Si just felt like a faster Civic. The K24 was a phenomenal engine but in the ninth-generation Si it just wasn’t doing it for me. But this tenth generation Si, with the L15B7 VTC Turbo engine, has a much different character.

* Civic Type R and NSX aside, as I have not driven them 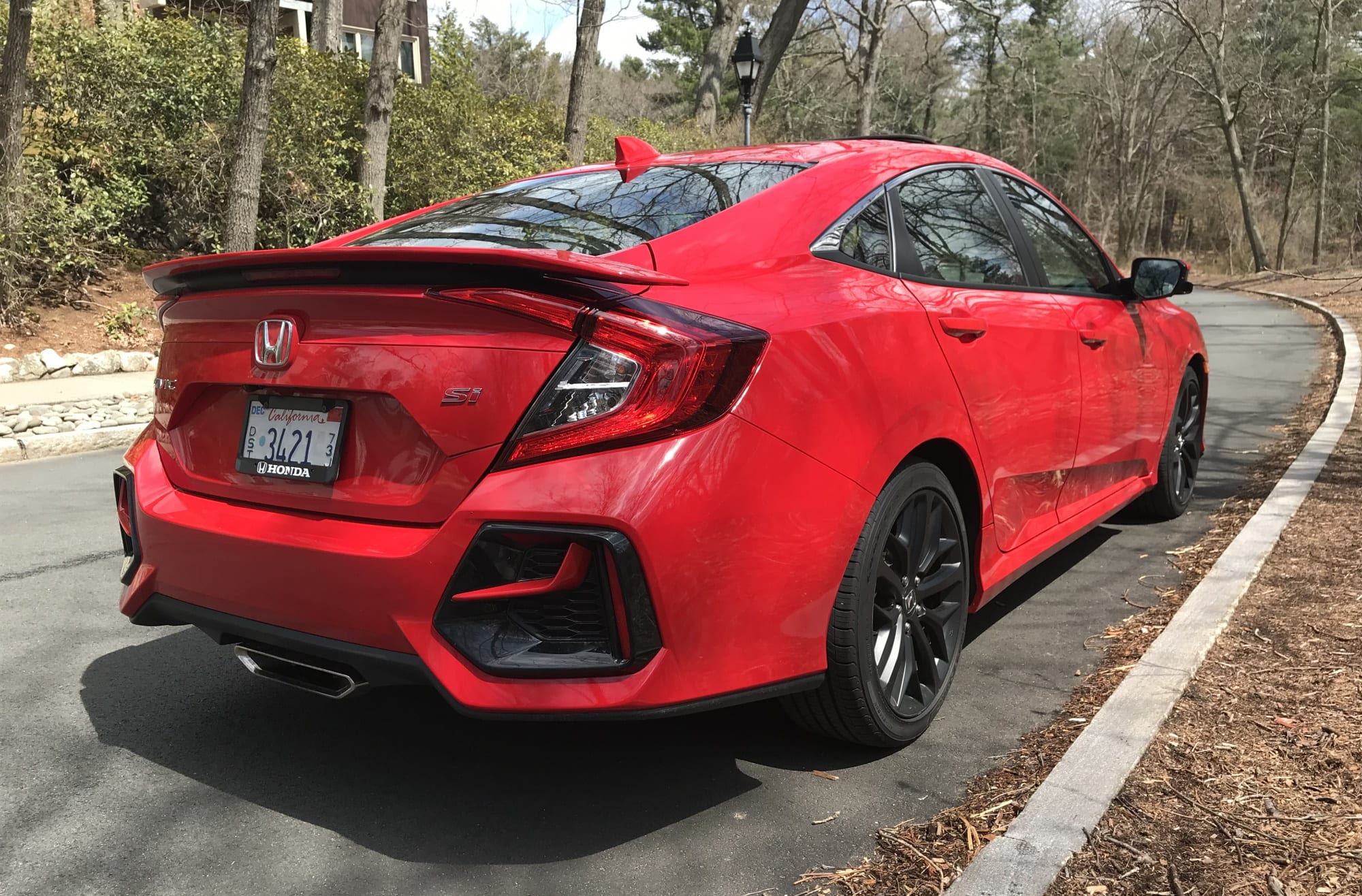 The turbocharged engine and a diet

Adding further to driving engagement is the fact that both Si models went on a diet. Civic Si Sedan weights in at 2,906 pounds, 96 pounds down from the previous model, while the Si Coupe comes in at 2,889 pounds, a 113 pounds loss. These are small numbers but this is also a small car. The chassis is also better tuned for performance, with great steering response. 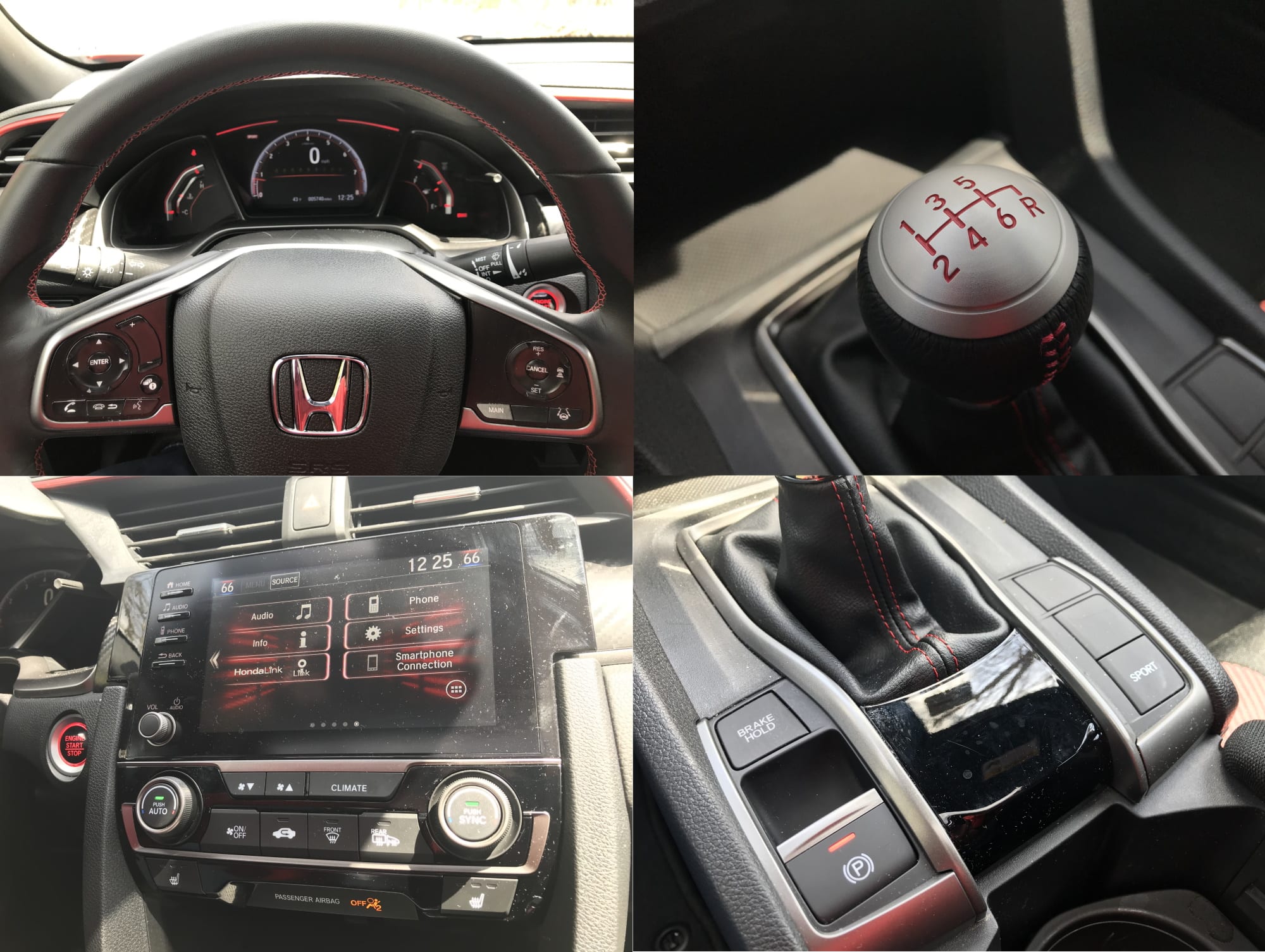 Six-speed manual transmission is the only choice in the Si. For 2020 it gets a shorter final-drive ratio for more responsive acceleration. At the same time, it’s slightly busier at highway cruising speeds. The stick is typical Honda; short and direct, and still one of the best on the market. The clutch pedal is soft, making is easy to drive around in heavier traffic. While I love this transmission, a modern DCT should be offered as an option here and on the Type R.

Because of the shorter final drive ratio, the fuel economy drops from 28/38/32 MPG city/highway/combined of the 2017-2019 models, to 26/36/30 MPG for the 2020 model year. This is a worthy sacrifice in my opinion. All numbers are significantly improved over the previous generation Si with the K24 motor which got 22/31/25 MPG city/highway/combined. It is important to note that the Civic Si has a mechanical limited-slip differential. 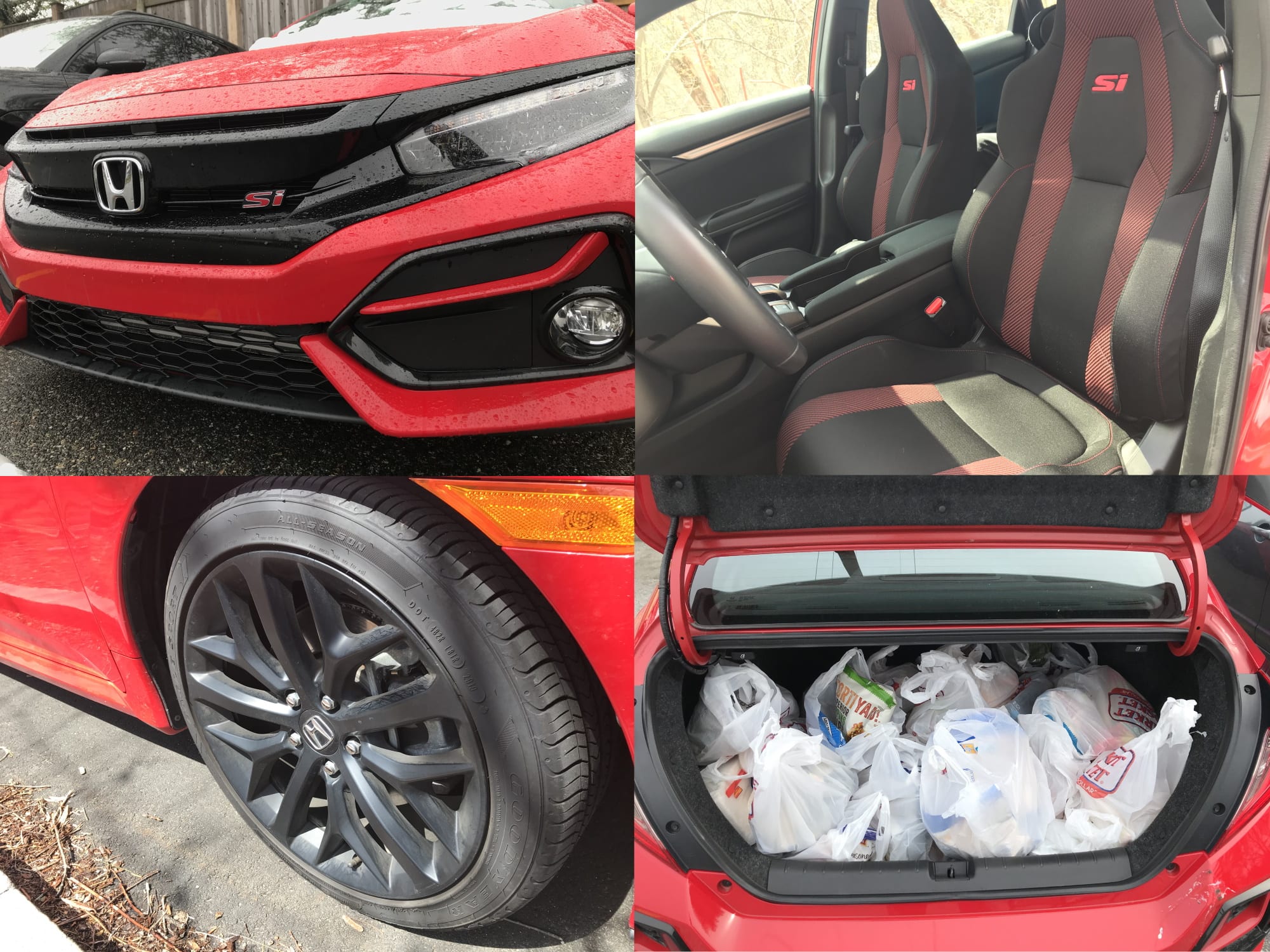 On the road, the Si feels peppy. It quick and extremely enjoyable at lower speeds, say up to 40MPH, if that makes sense. At highway speeds, it seems to run out of breath, so don’t go around racing fast cars, such as a Mazda CX-5 Turbo. In a way, this is reminiscent of the ’99-’00 Civic Si. It was a fantastic autocross car but fell a little short as a big track performer. But the Si has never been about power and speed. Thankfully, we now have the Civic Type R for that.

Other than that, the Civic Si remains as functional as ever. Like all cars, the Civic has grown in size over the years. It is now a good-size, comfortable sedan. It still has a large trunk and the rear seats fold flat for transport of larger objects. I personally do not love its looks, which could be more aggressive. I think the random chrome trim has no place on the Si, the rear spoiler seems like an afterthought and it probably does not serve a major function.

I am really glad the Honda is finally paying attention to enthusiasts again. The updated Civic Si makes a great sporty car better. It’s been a long time, but I’m finally excited about a sporty Honda. It’s everything the Civic Si has always been: quick, fun, efficient, and functional. And with a starting price of $25,000, it still remains a great value. Except now, it’s better than ever. 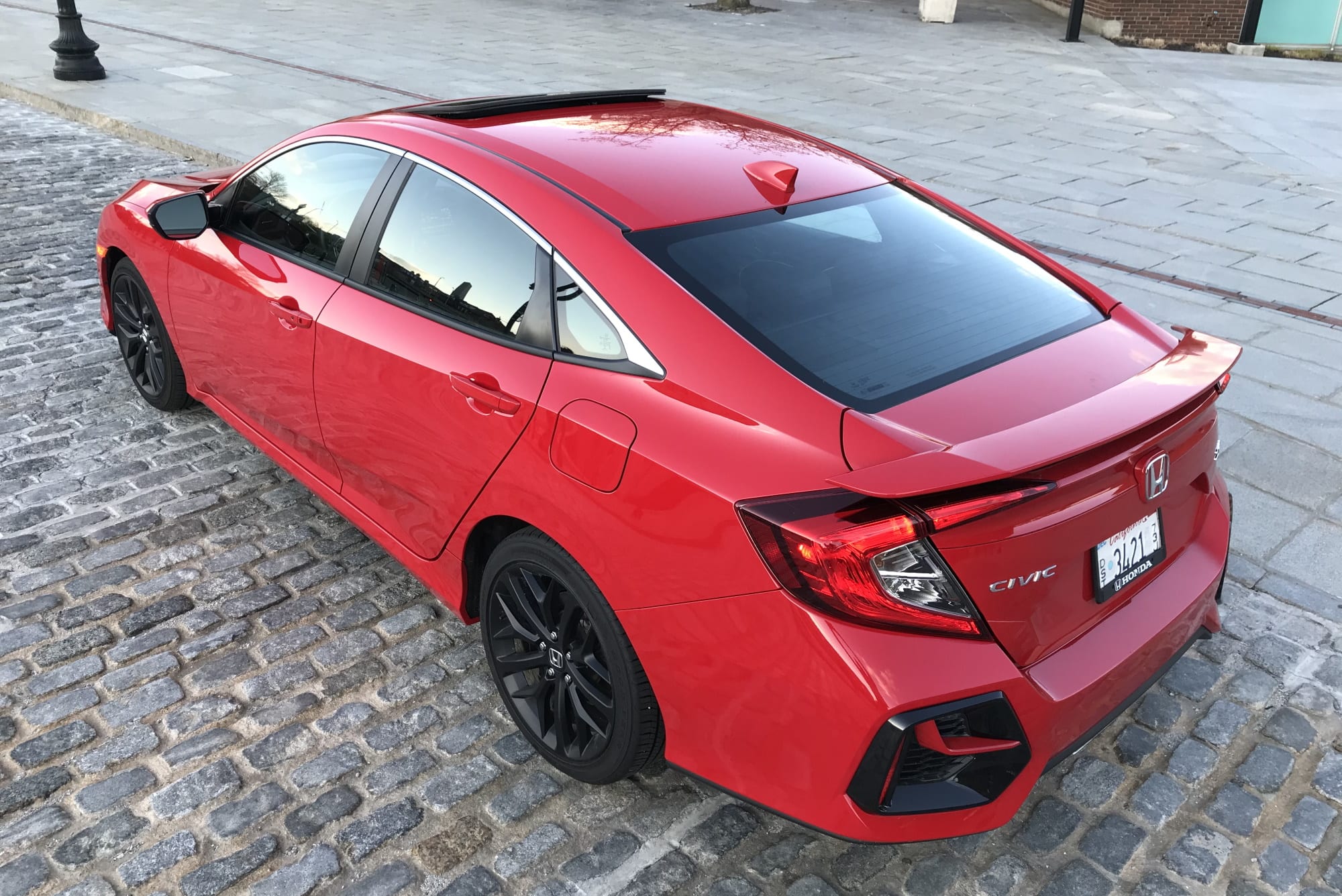 Disclaimer: Honda provided the vehicle for the purpose of this review. All images copyright Kamil Kaluski/Hooniverse 2020.