Few on-road antics are as satisfying as passing endless struggling crossovers and SUVs in the snow in your dimunitive rear-wheel-drive Mazda Miata.

This winter has been mostly snow-free here in Connecticut. A recent 4” snowfall marked the most we’ve gotten thus far. But even in the cases of street-coating dustings, the Miata shines. 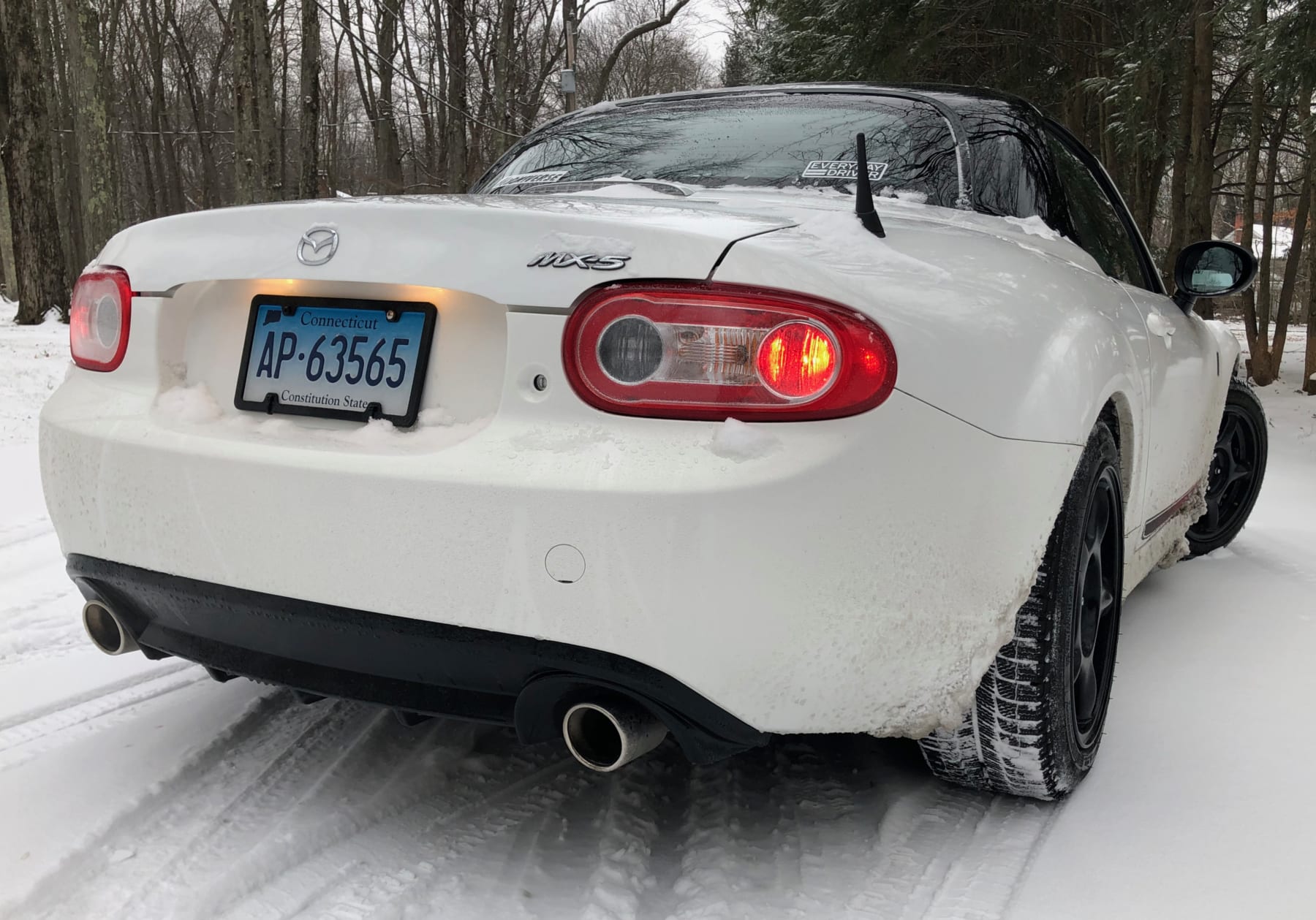 It’s true: the dynamics that make the MX-5 great in the dry make it great in the winter. Be it cold rain, snow, slush, or even dry, cold pavement, the Miata eats it up.

As a winter daily driver the Miata does just fine. Kudos go largely to a set of proper snow tires. But the car also just works, nearly as well in the cold as it does in the warm. The cabin heats up quickly. Its size means very little time spent clearing it of snow and/or ice. Dodging potholes is, for the first time in my life, even slightly fun. 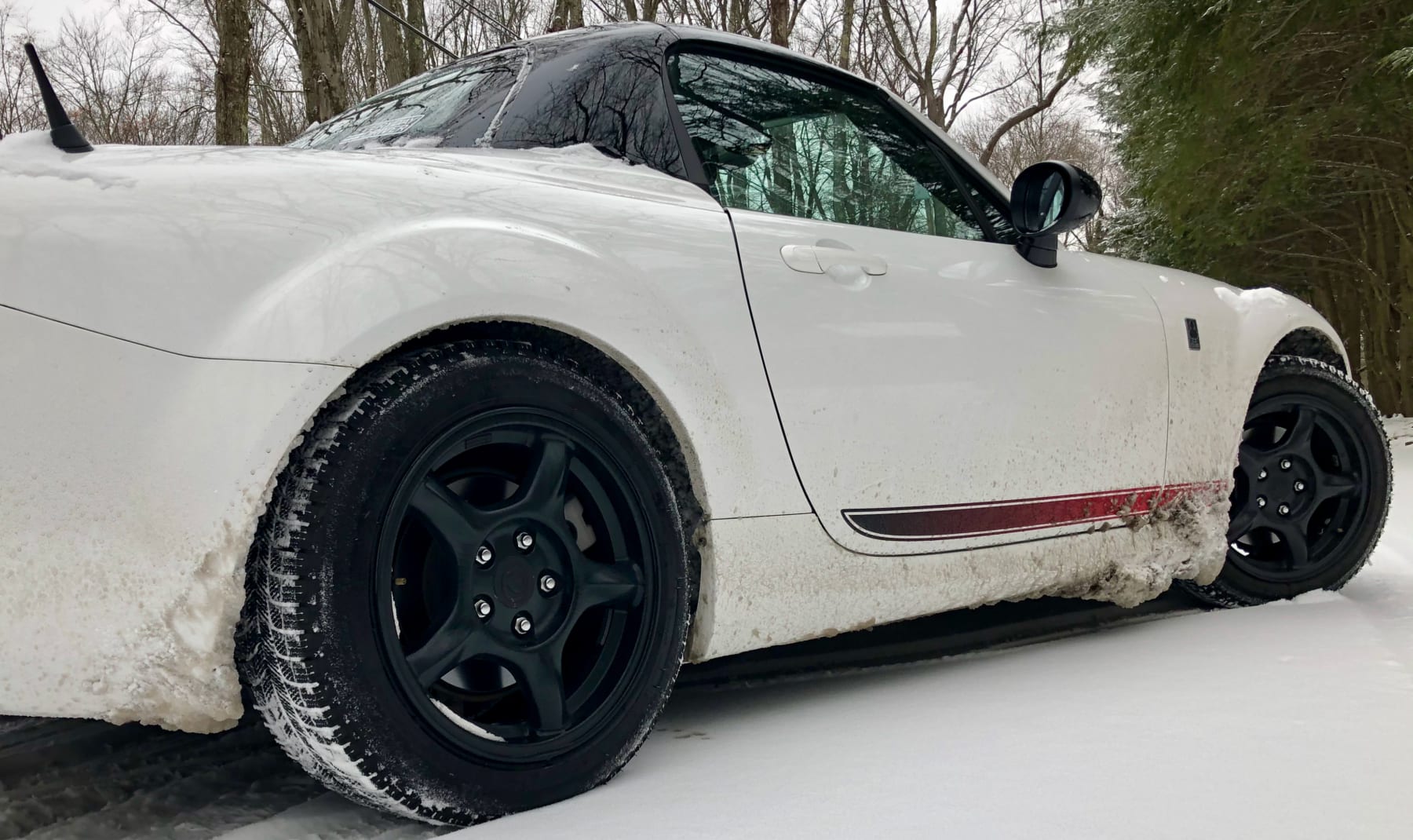 And then there’s the convertible factor. On an unseasonably warm Saturday, temperatures crested sixty-five degrees. Sunglasses on; roof down. A reprieve from the sub-freezing temperatures. It brightened up both my wife’s and my own weekend. It was positively delightful. 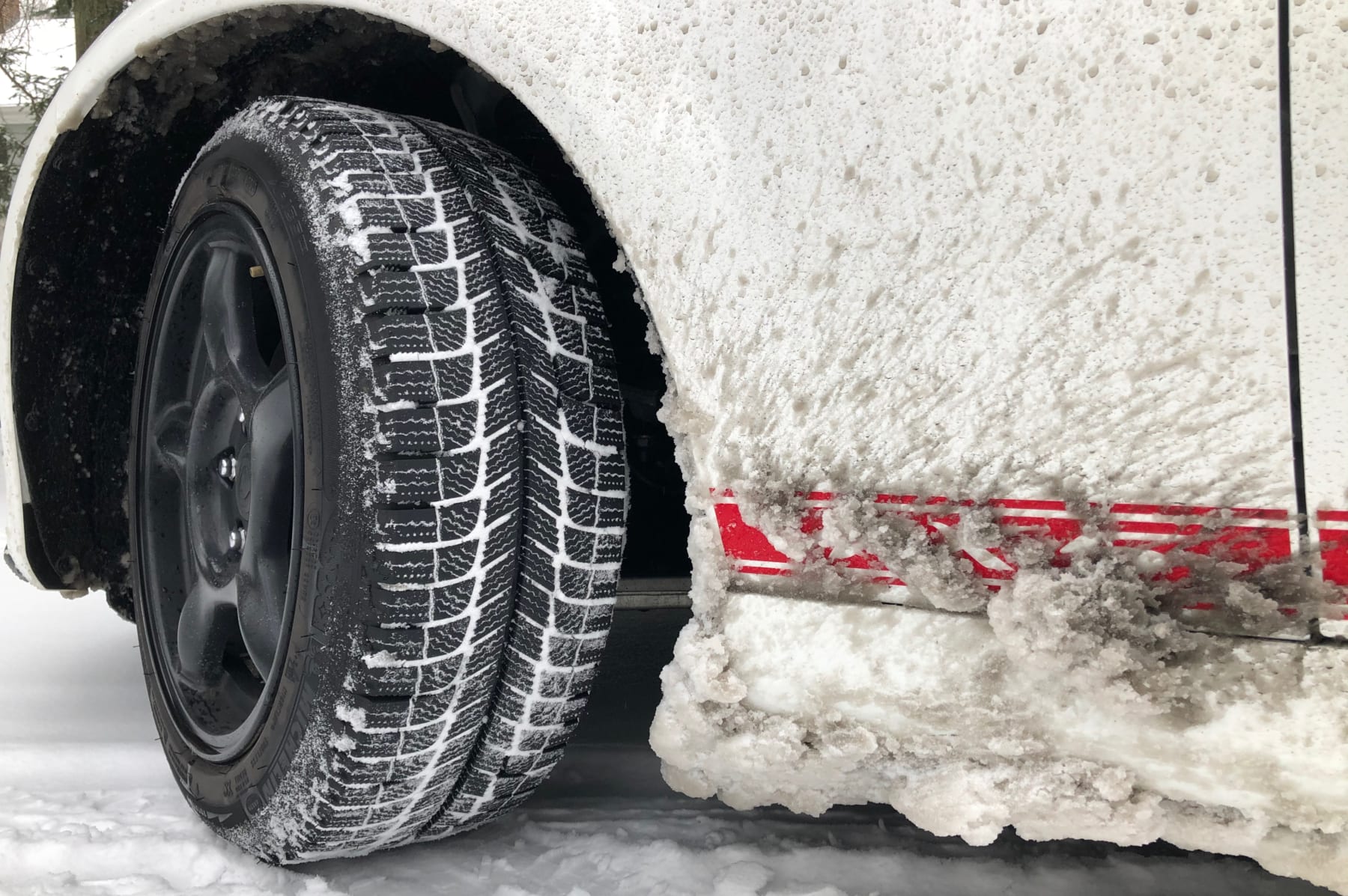 The next weekend it snowed. Though not a heavy snowfall by any means it was far and away the most we had seen all season. This wasn’t about to put a damper on our regular Saturday errands. Thanks to the Michelin X-Ice Xi3s and more cautious than usual driving we had zero issues whatsoever. The Miata performed flawlessly. And, of course, it provided a massive streak of smile-and-laugh inducing fun when the time was right. Traction control off, it was a perfect sliding companion. Crank the wheel, stab the throttle, let the back end hand out. Perfectly controllable winter hooning. 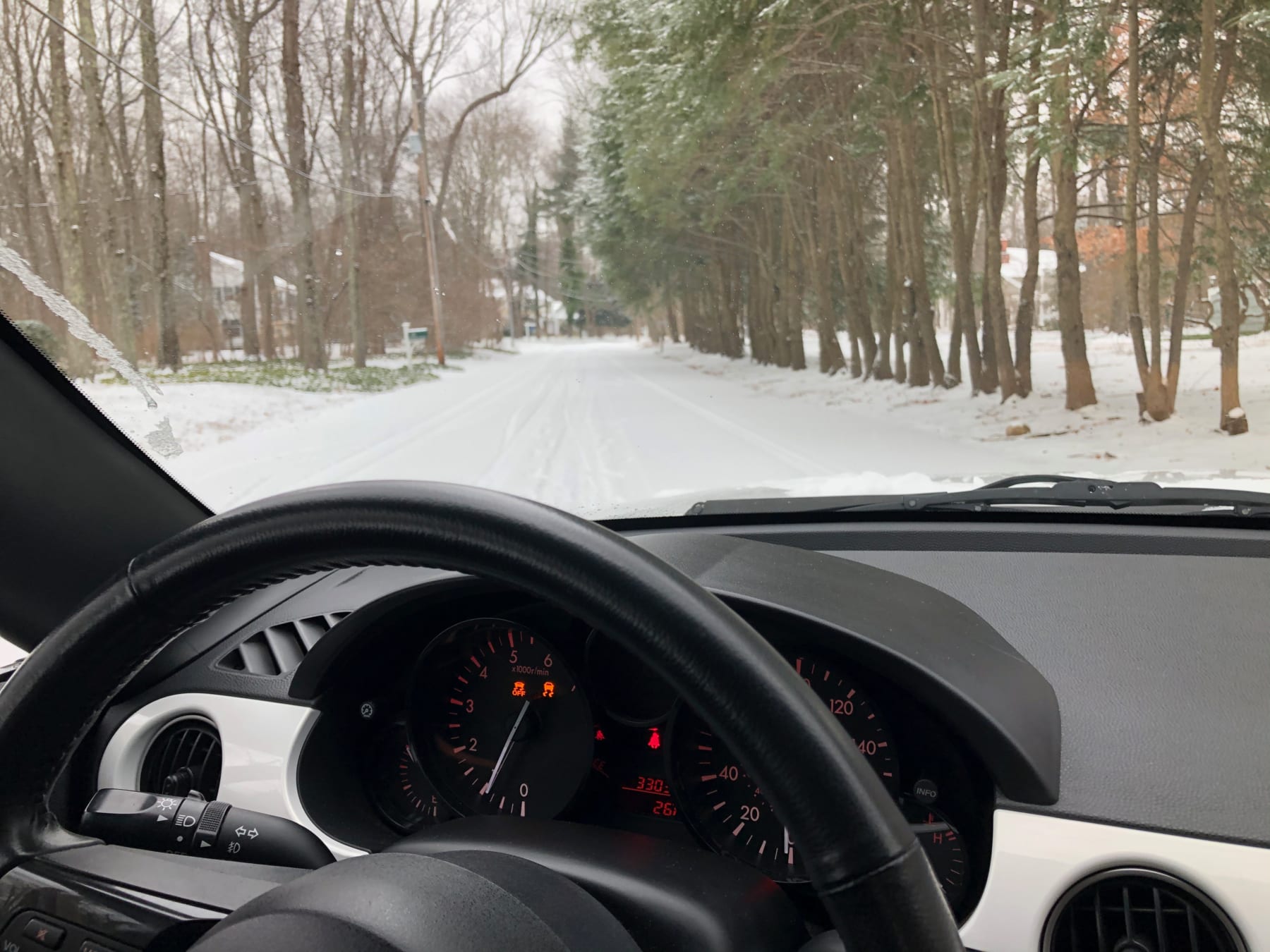 Then the next day, amidst the gorgeous scenery that is the season‘s first snow, the temperature was hovering right around forty degrees. The storm’s wind had subsided and the sun was out. An opportunity to take in some of the clear skies and shining sun: We dropped the roof, rolled up the windows and cranked the heat. Another installment of Miata greatness presented itself as onlookers thought us completely insane. But we were fully warm and enjoying ourselves thoroughly. 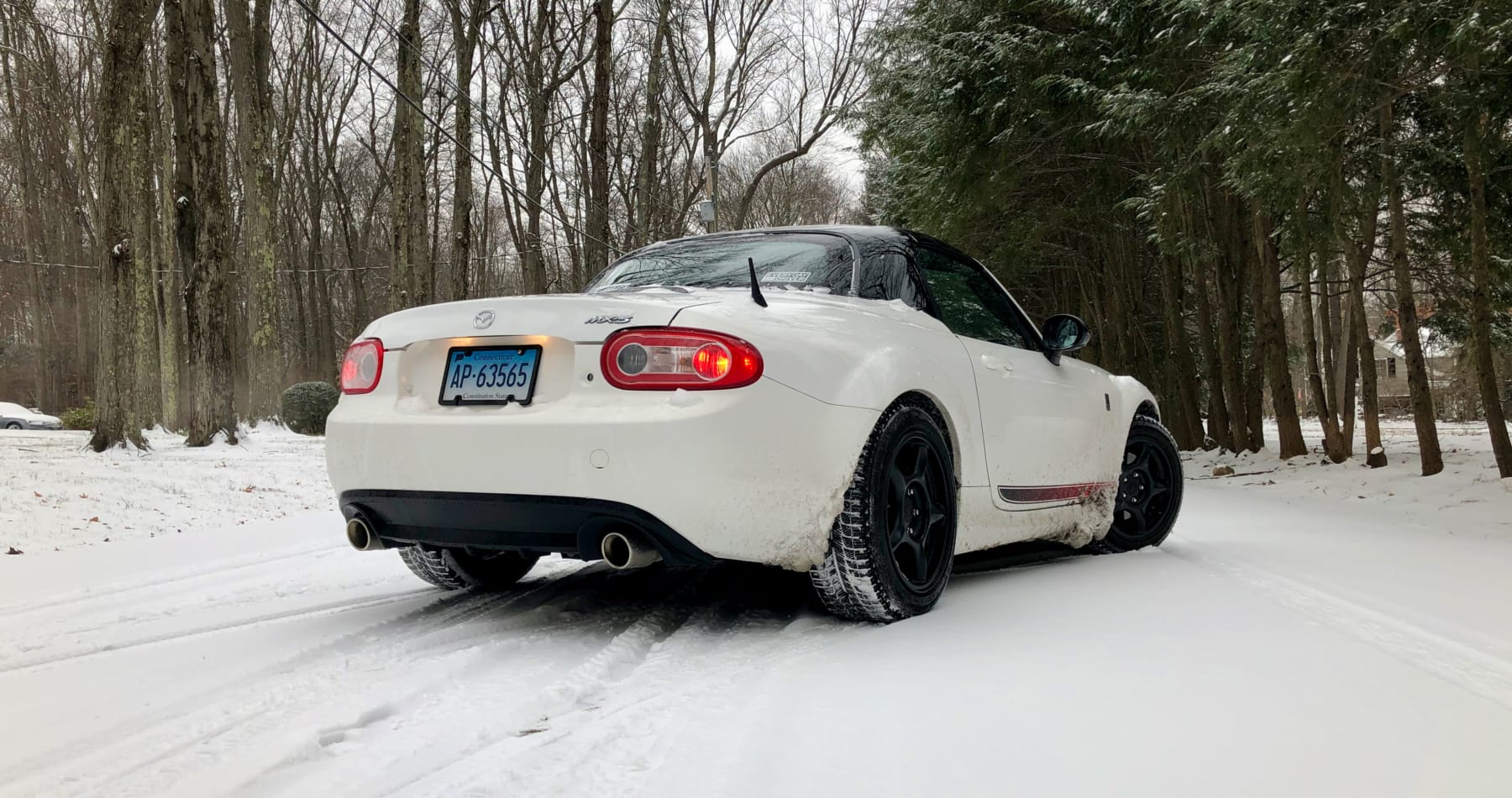 It comes as no surprise that a good sports car makes for a good winter car. The Miata is a great sports car and makes for a great winter car. It’s proving as enjoyable of a daily for this time of year as any other vehicle I’ve owned. Snow or shine, and sometimes both inside twenty-four hours, driving the Miata still brings a smile to my face. And for that I love it even more. 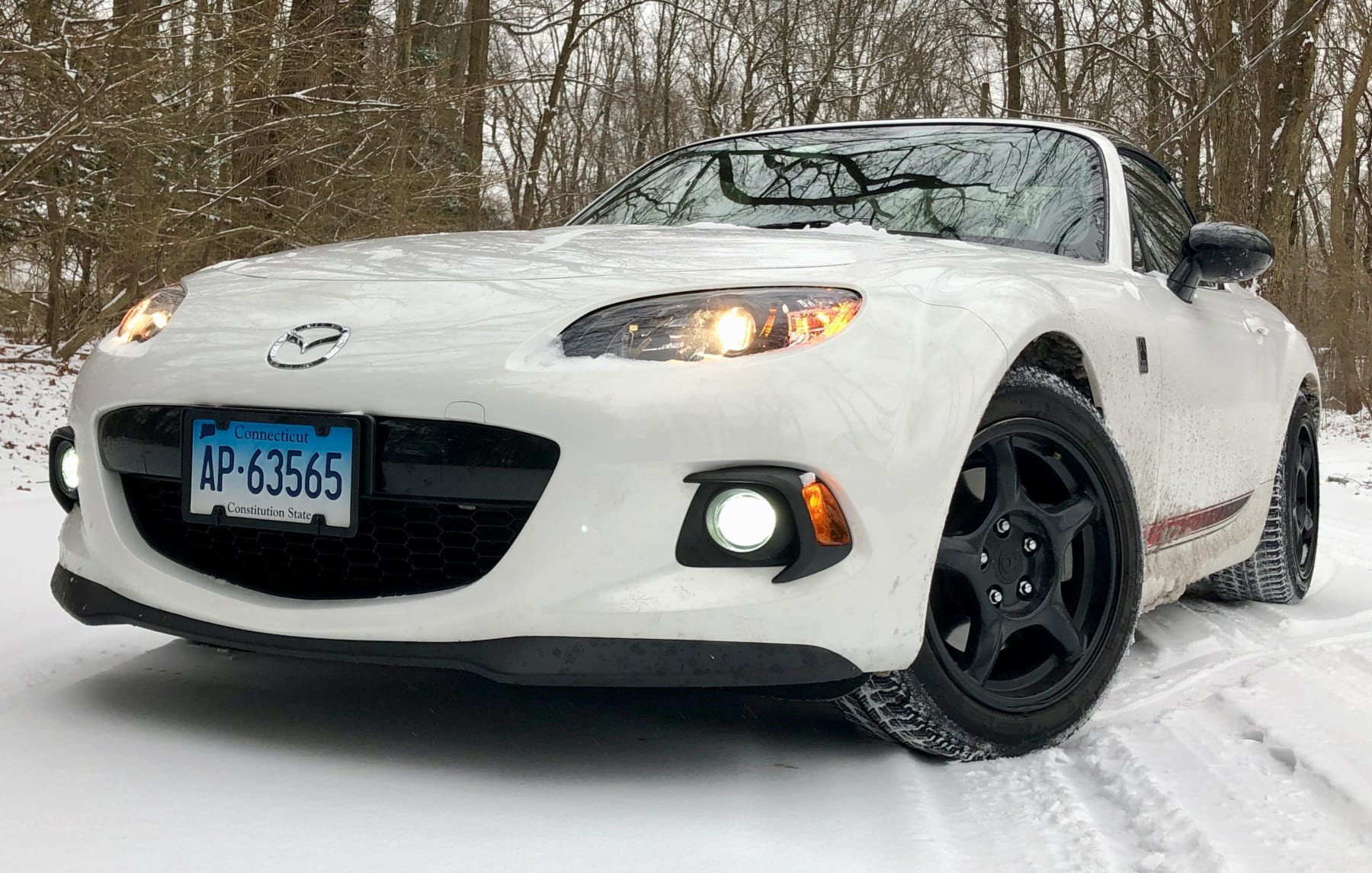