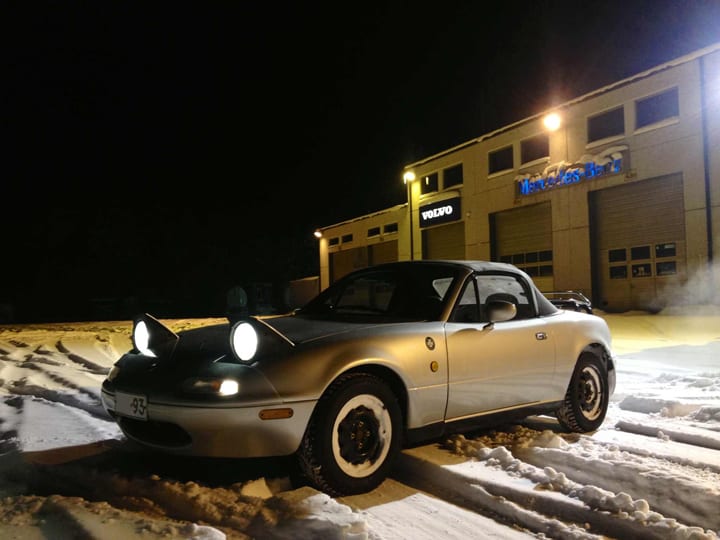 Winter is both awesome and terrible. Spontaneity goes out of the window as cars need to be pre-heated for an hour or so, you have to consider wearing adequate clothing like long johns and then there’s the matter of the white stuff getting absolutely everywhere. Door locks and seals freeze and windows become opaque. With a little planning, none of these things are an issue, but at -25 °C you just can’t fool around like you’ve used to. It gets a lot easier when it warms up by almost 20 degrees Centigrade. This means it doesn’t feel like a terrible idea anymore to get the German import Japanese roadster out of the shelter, as it doesn’t have a block heater and the battery is fairly small. But with a recent enough tune-up and good quality coolant in the cooling system, you can rely on it not being a block-splittingly bad idea to awaken. Just make sure you have the Steve Martin comedy album ready for your outing. How’d you get so funky? 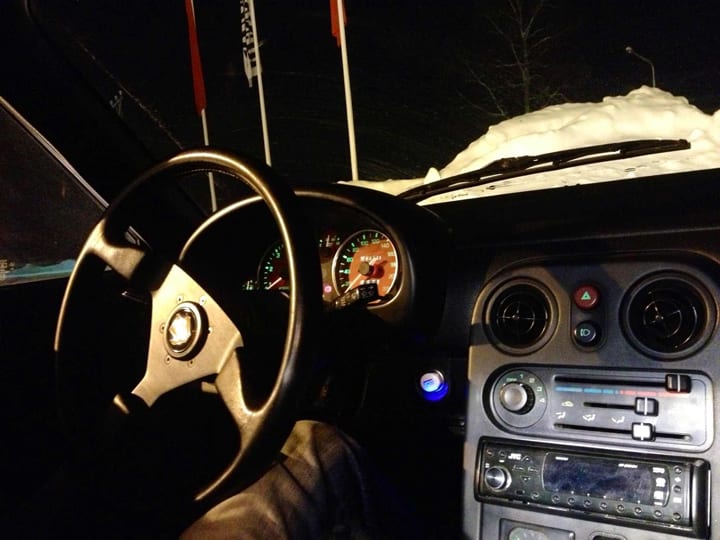 With the Sierra gone, the 1993 MX-5 is my only rear-wheel drive car at the moment. But the MX-5 does feel so much better to haul around the snowy parking lots and industrial districts: the steering is direct, the gearbox feels like an extension of yourself and the car is amazingly easy to get into controlled slides. Or you can just kick the tail out whenever you want, and it’ll come back to you with no hard feelings. And 116 horsepower is so little that you can use a lot of it – and unlike the Sierra, the 16-valve MX-5 likes to live in the upper rev range without sounding out of place. The studded winter tires currently on it, a 14″ set of Yokohama Ice Guards have turned out to be very good. There’s plenty of tread and the remaining amount of good studs mean there aren’t any issues to be had when you actually need to drive in a casual, non-hooning manner. The car will stop and not weave about. Another thing about the car being Japanese is that it produces a good amount of heat in the cabin, as the engine warms up quickly and the cabin is small enough to heat fast. The fabric roof probably means a decent amount of heat is lost, but whenever I’ve driven the car in the cold, it simply hasn’t been cold inside it. 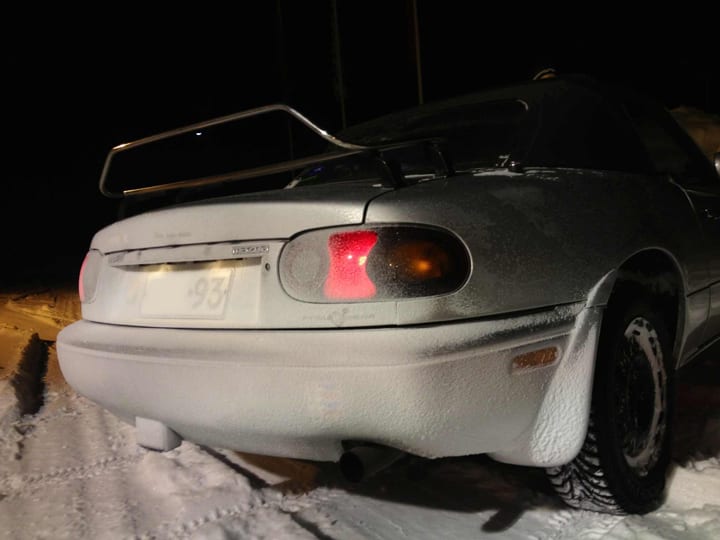 I won’t subject the MX-5 to the usual, road-salty grind, as there’s plenty of rust on it as it is and I have beaters less eager to develop rust bubbles. But over here, when it gets this cold, there’s enough grip to be had so that the roads aren’t salted anymore. And practically everyone has a decent set of winter tires on their hooptie, so the roads do not need to be completely cleared of anything slippery. A 4000-5000 euro undented MX-5 would be too nice for me to throw around in the snow, but a really cheap one like this is a better idea for year-round use. The rear-wheel-drive hoonbuckets here tend to be old Volvos, Benzes, BMW:s and the occasional old Toyota. So a sight of a Miata, with its friendly face, with the pop-up headlights up, going stupidly sideways is something not everyone here is used to seeing. That alone is worth getting the car out and about on a season like this.