We missed one hell of a “Barn Find” auction

Let’s make this long story short. Somewhere in England or United Kingdom or Great Britain, some land property sold for redevelopment. On this property were warehouses. Those warehouses are full of cars. Apparently the old property owner did not care for those cars enough to move them. Or perhaps he or she (let’s be honest, mostly likely he) simply couldn’t move them. So now the new property owner is auctioning these cars off. Or rather, already auctioned them off. And, woah, what cars they were. 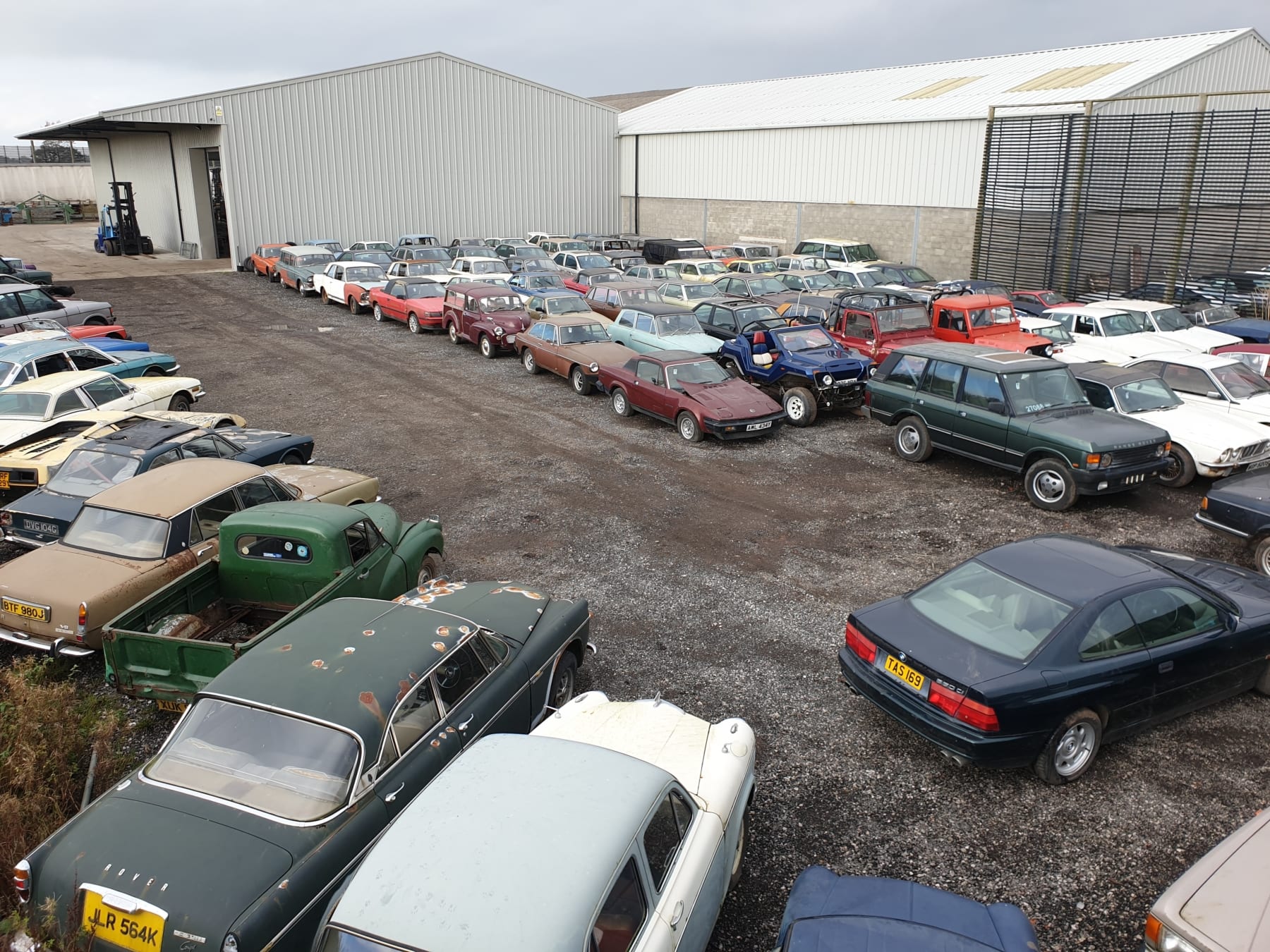 These were not just some random cars either. Oh, no. These were specifically selected cars by a person of great tastes and lots of ambition to restore them. Unfortunately ambition does not always translate to means, whether financial, time, or physical skill means. And that is how they probably ended here. 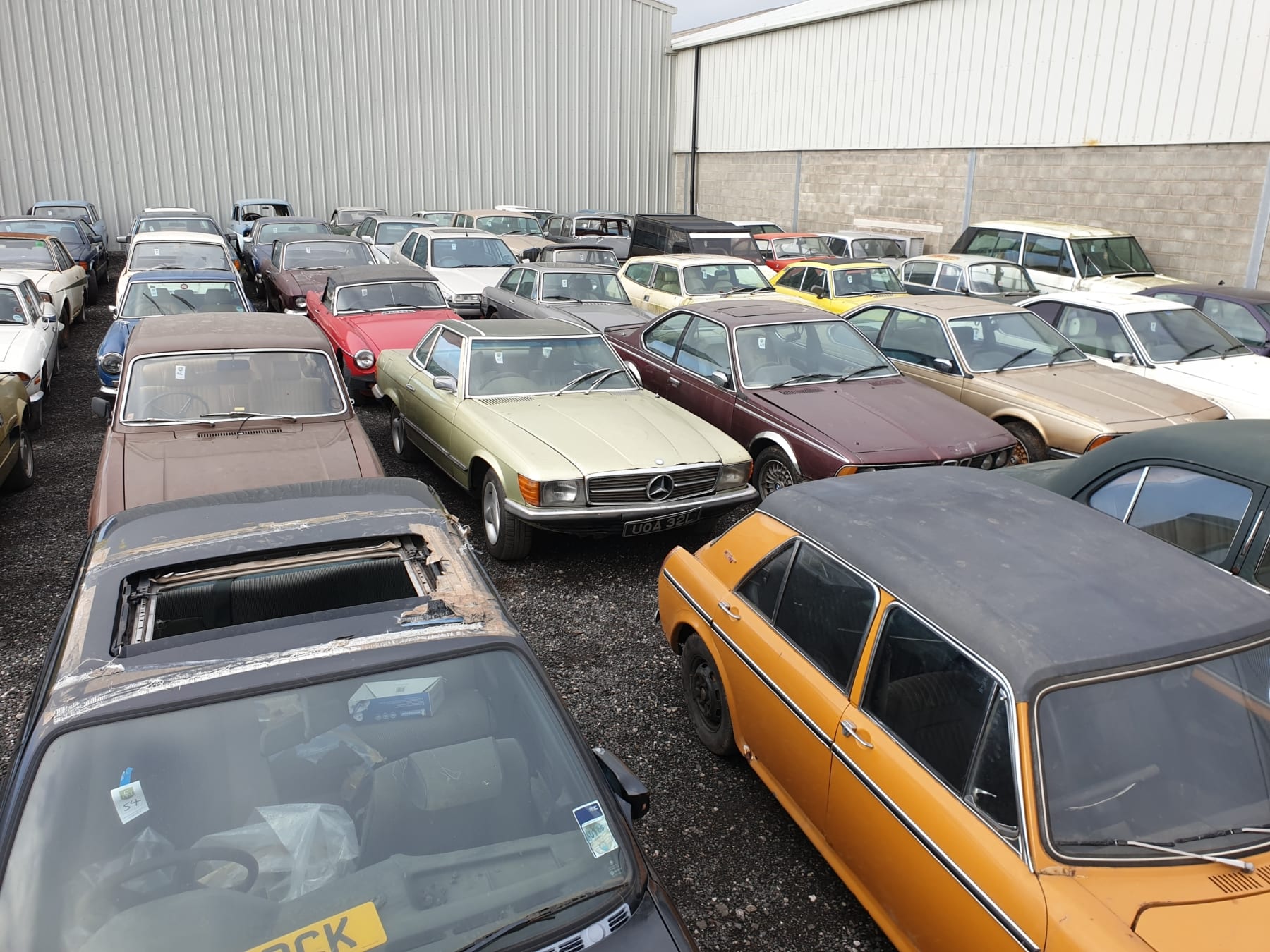 From the auction detail page: 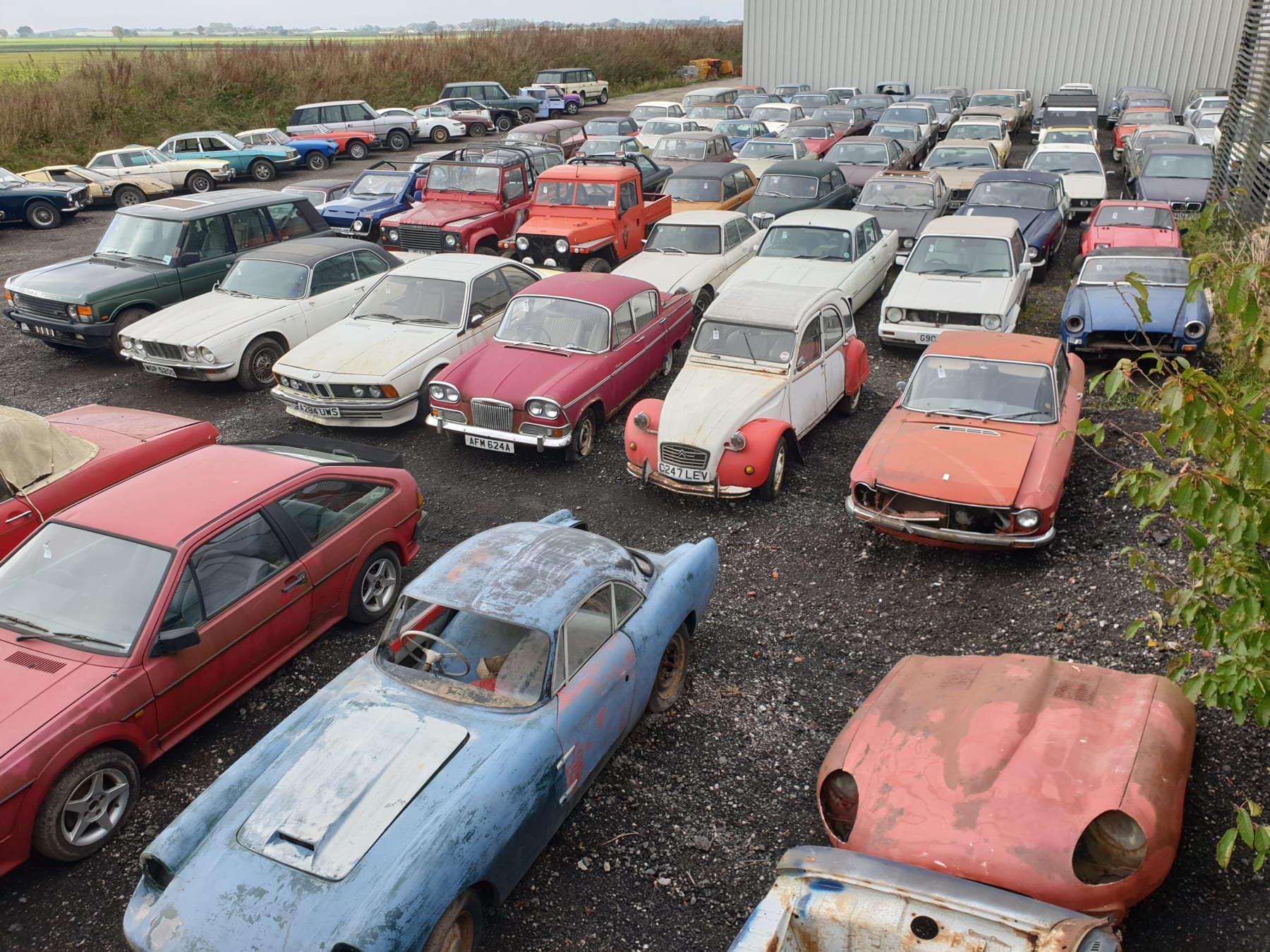 Details for all of the 135 vehicles are here on NCM Auction’s site.  There is something for everyone there. For instance: Jensen Interseptor III, Alfa Romeo GTV, Peugeot 304 Convertible, 6×6 Range Rover, BMW 750 HARTGE, Volkswagon Scirocco GT, Toyota Celica GT4, what looks like a bent Lancia Fulvia, Porsche 928 S, and a bunch of cars I have never heard of, such as Midas. WTF is that? 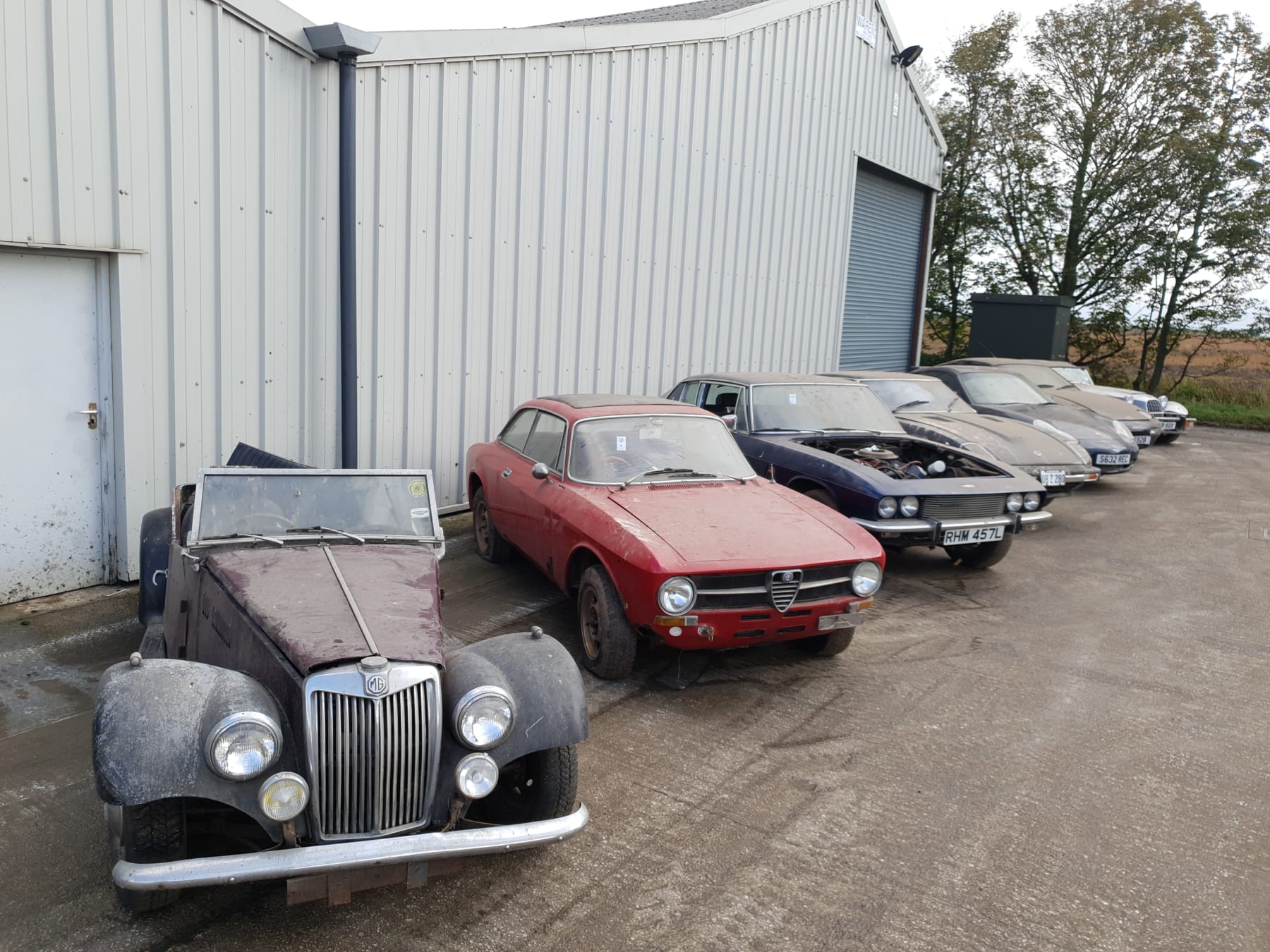 Conditions varied. I’m sure some would run with a jump start, maybe even drive. Because none of these cars seemed to have proper documentation and/or registration, they probably went for cheap money. Unfortunately the auction house did not provide the results of the auction, which is annoying. I guessing that some of these did not sell and therefore may have gone into the scrapper, which would be a shame.

So, what would you grab from there? 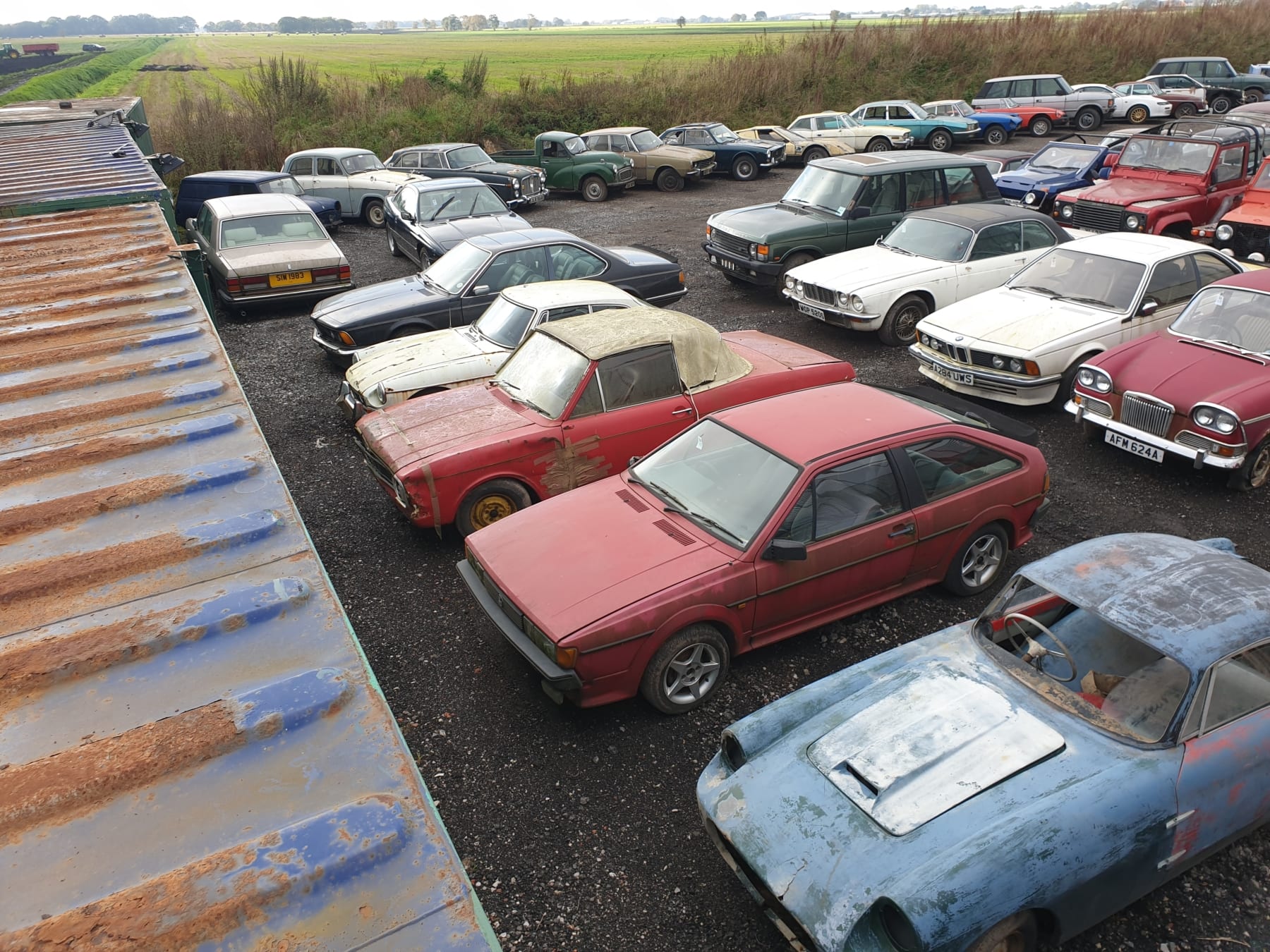