Insert the old trope about there are too many crossovers, that they all blend together, so go buy something different. And yet, within a few minutes of sliding behind the wheel of the Volvo XC40 in Inscription trim, this one was different.  Let me walk you through the reasons why. 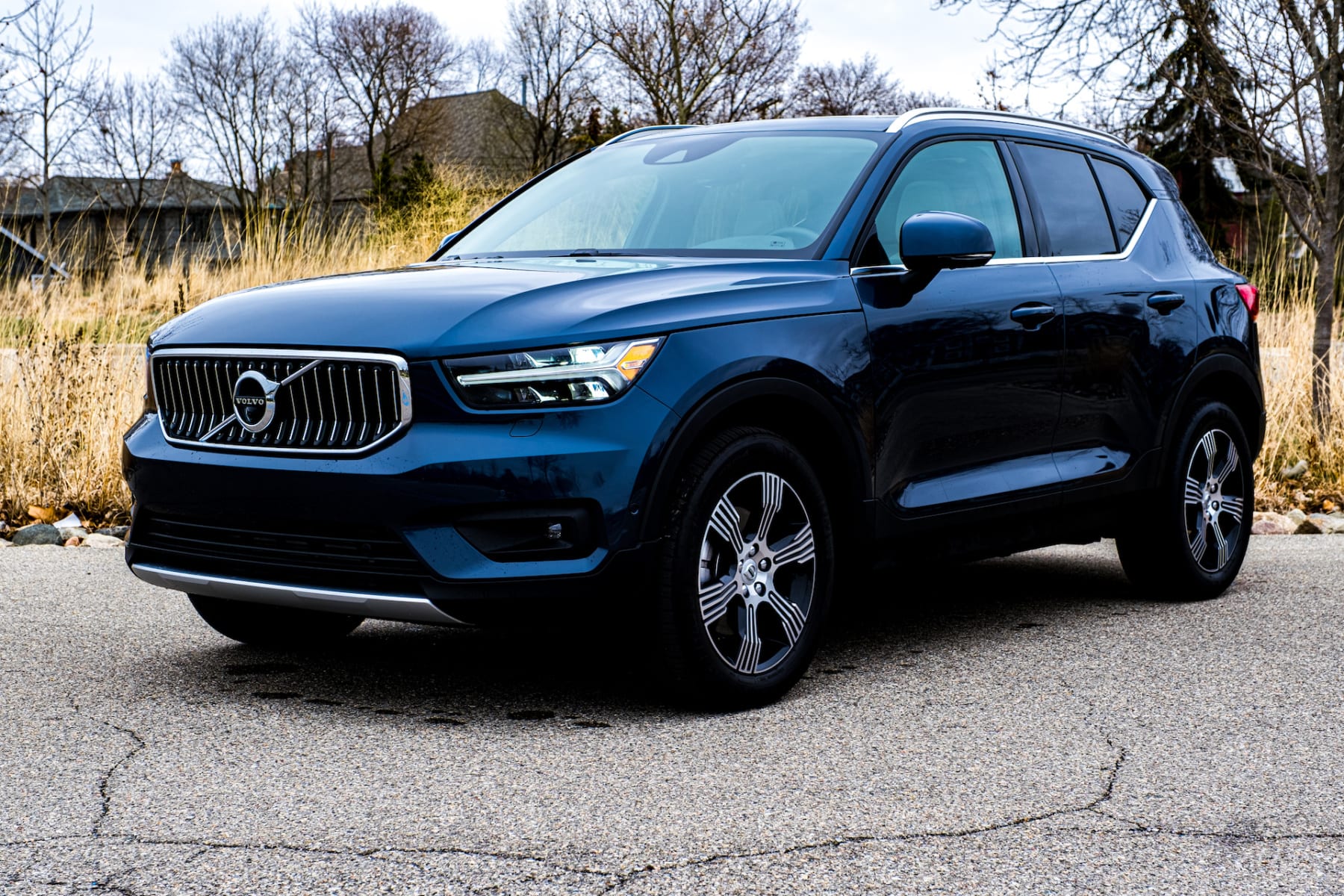 I see enough XC40s going down the road that in many colors they are nearly invisible. The test unit I had was not. It was striking in the Denim Blue Metallic with just the slightest bit of chrome accents to set it off. Simple and clean, yet sophisticated. That leads us to the interior in which you could say the same thing. 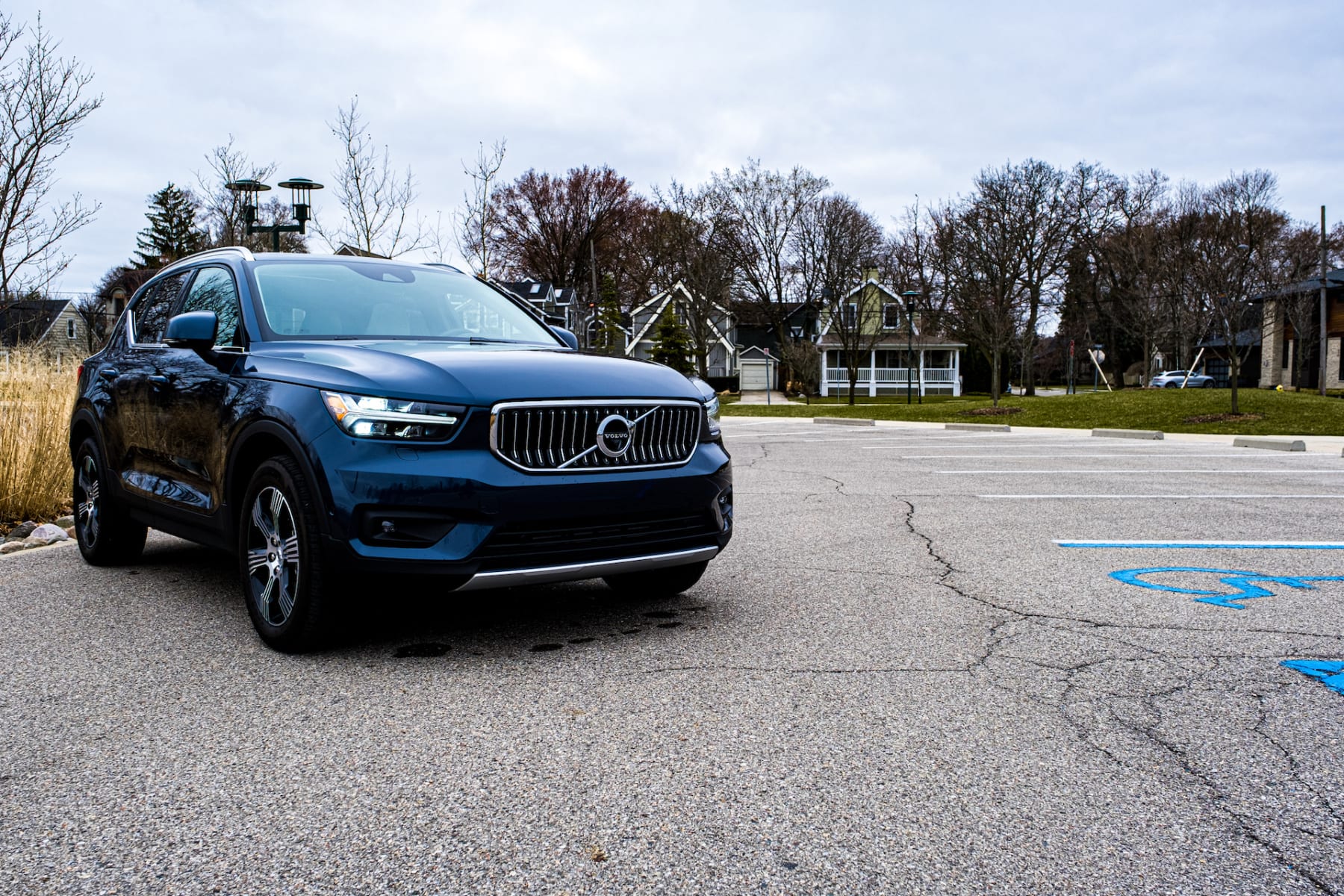 I’ve always loved Danish modern as a style, and the interior of the XC40 is a 21st-century version of it. Simple and clean, but with texture and contrast. It’s the antithesis to most modern car interiors, especially in regards to the instrument panel. 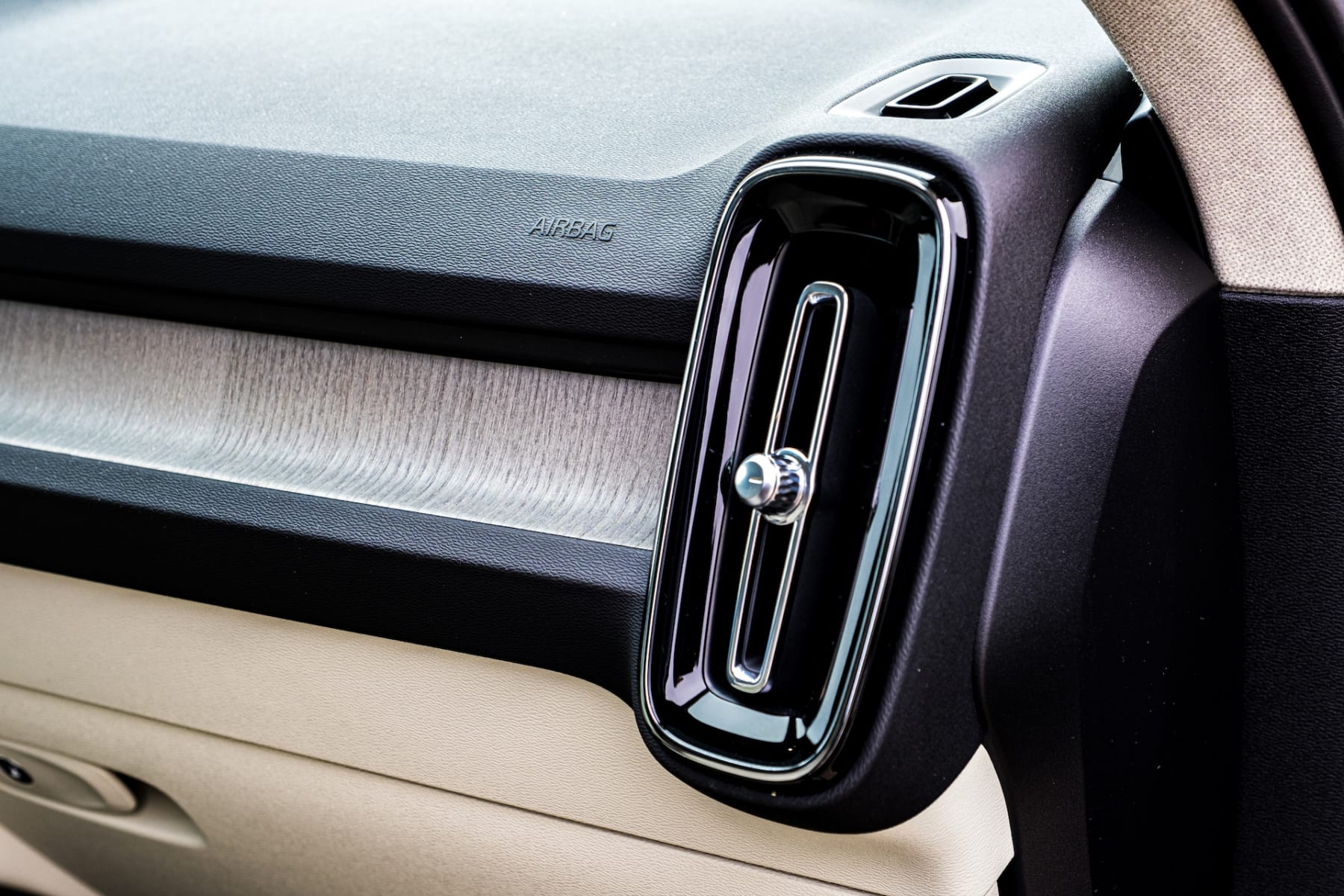 One of the nicest and subtlest touches is the fabric inserts in the doors that go down into the cupholders on the doors. Just that little touch brings up the luxury value of the cabin.   Slot a bottle into the area and you don’t have to hear it rattling around against hard plastic. 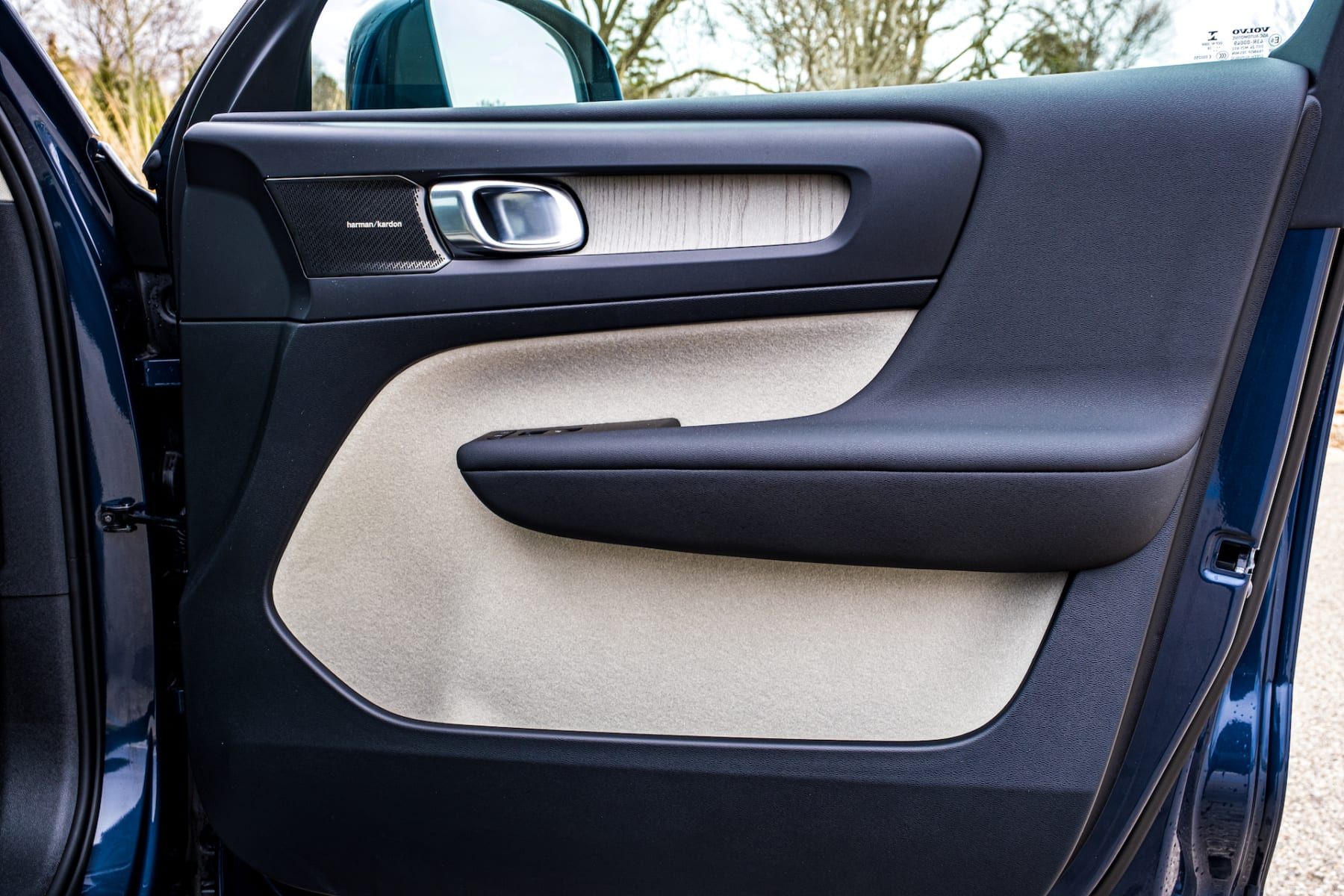 There is a little bit of personal perfection here. Larger than, say, an Audi Q3, yet smaller than a Q5. Large enough that four adults fit comfortably or fold down the rear seat and your five-month-old Irish Wolfhound puppy still has plenty of room. Small enough that it’s easy to get into and out of tight parking spots, move through traffic with ease, and not feel as if you are taking up the entire lane.   Swapping between the XC40 and my wife’s Ford Edge really drove home the point about the width of the vehicle.   The Edge feels as if it takes up the entire lane. Inside you can not rest your arm on the door sill as it’s quite a distance from the driver’s seat. The XC40 had plenty of width in the interior where you didn’t feel cramped or smooshed at all. 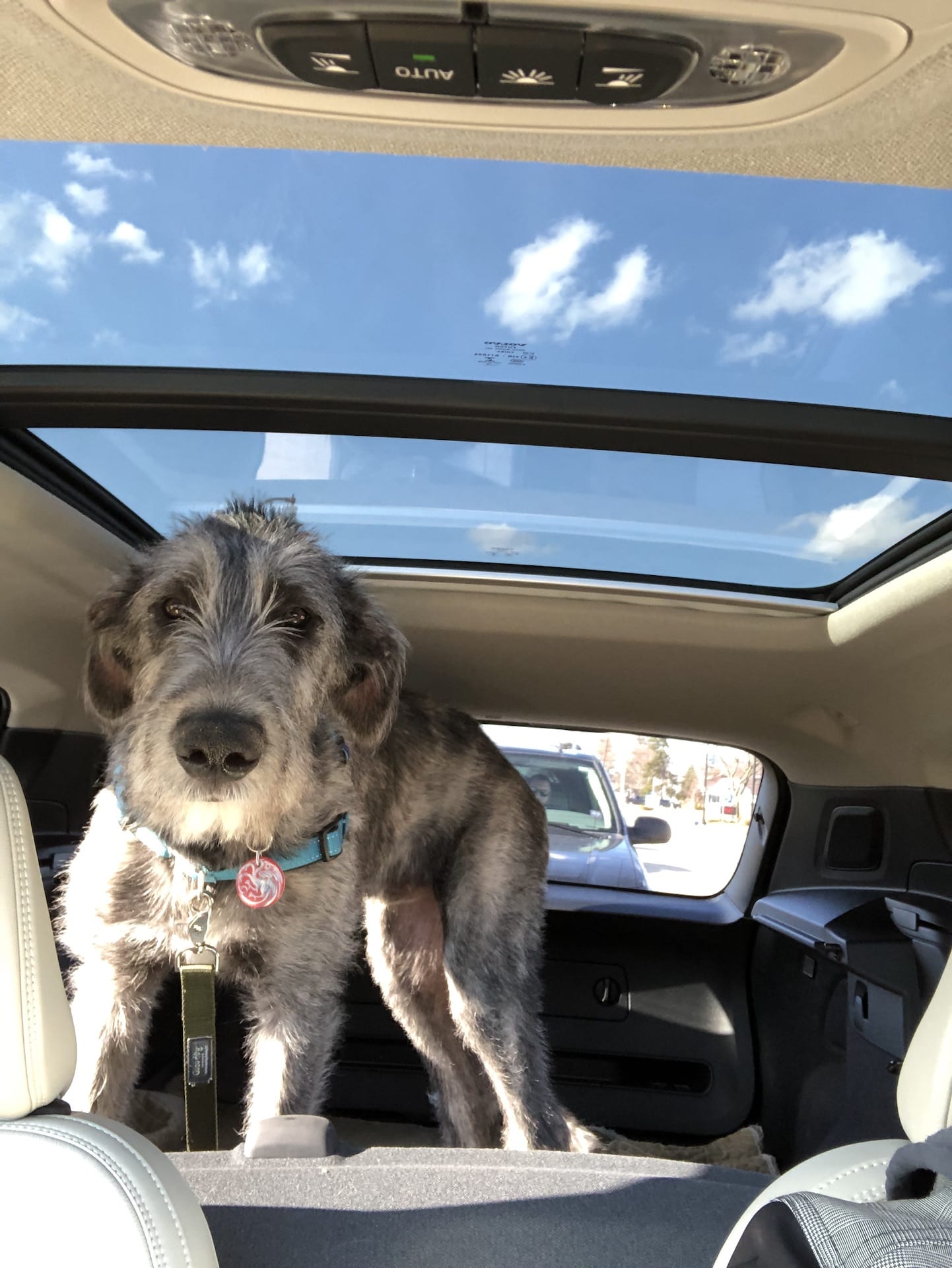 It is a terribly overused idiom, but with the XC40 the ride is, well, European.   What does that really mean?   Funny aside, but here’s a perfect analogy: I was in a local audio store recently and talking to the owner about a new preamp for my new-to-me SOTA Sapphire turntable. The store owner was saying how he preferred one particular brand over another because it was “more musical” He joked, “what does that mean? It means that I like the sound of it better.” 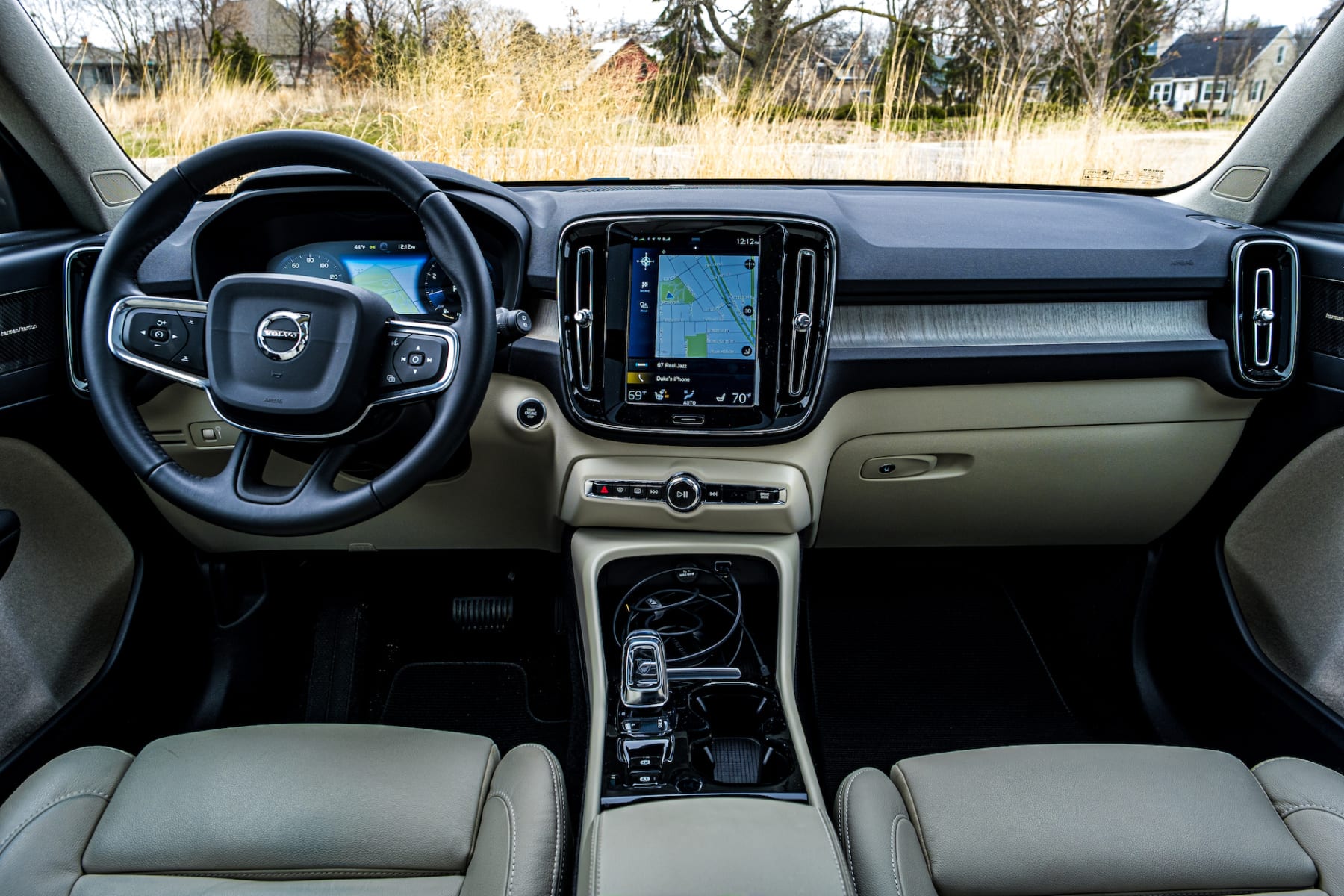 That’s almost the best way to describe a “European” ride.   Firmer and more controlled than you are used to, but not so much as to be abrupt or harsh. The XC40 has the de rigueur ride modes that are a check mark item on every new car these days. There are some differences in the various modes, but sixty percent of it is psychosomatic. Mostly when you change drive modes it changes the throttle response and shift quality, and that, in turn, tells your brain the ride is more different than the actual adjustment. 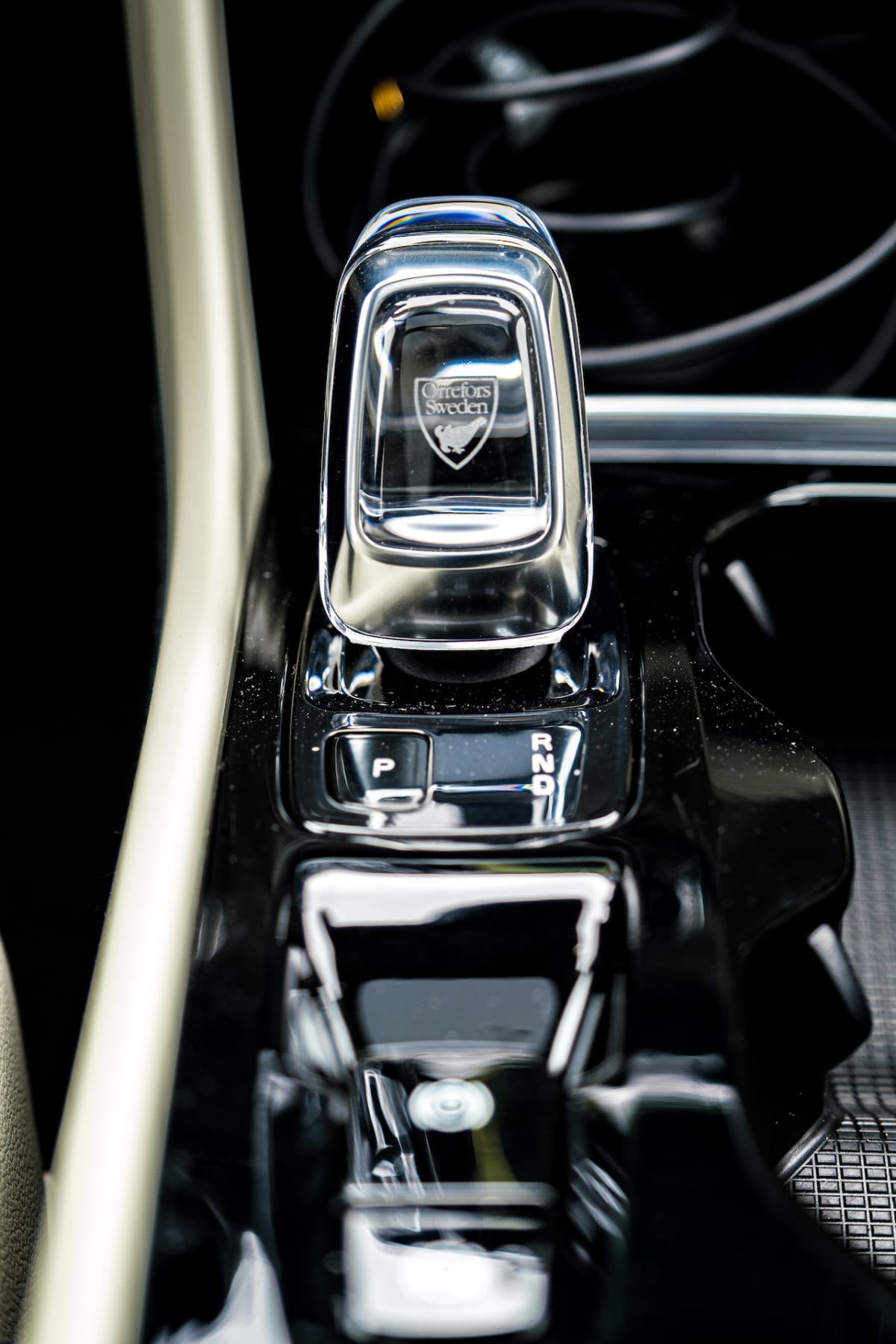 Through the atrocities that is the road system in and around the Metro Detroit area, the XC40 “rode up on it like a cutter through ice” to steal a line from an old car movie.

While I can not say that there is joy or happiness in driving the XC40, for me at least, it does have that magical “charm” where if I had to own a crossover, this would be one of a select few I could deal with. The overall packaging, style, and quality all come together to make it a very solid package that is easy to recommend to other people. 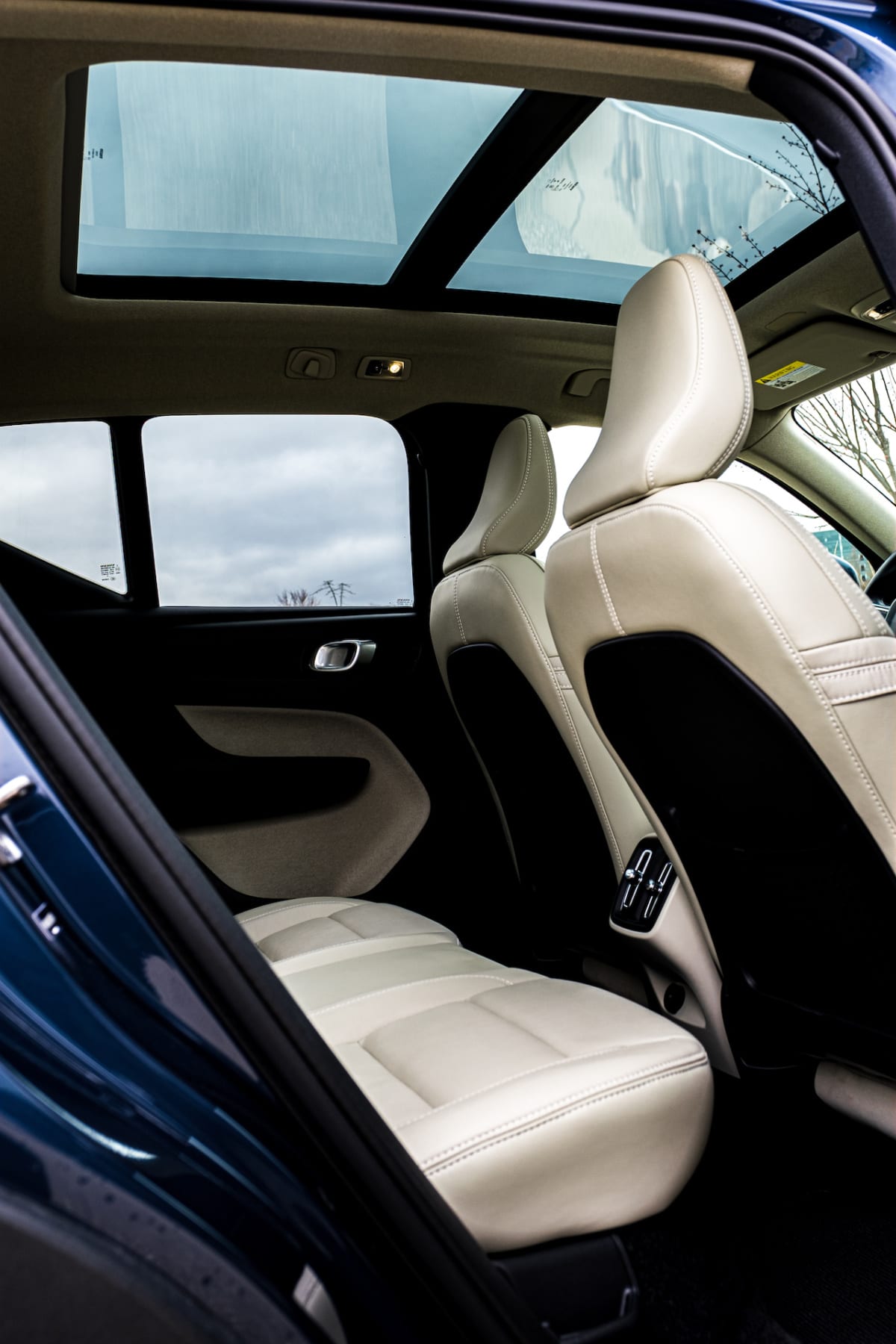 #5 The Other Side Of The Coin

That is not to say it’s all sunshine and boat drinks under the sun with the XC40; it did have a few things worth calling out. Some of these may be issues for you, others may not. 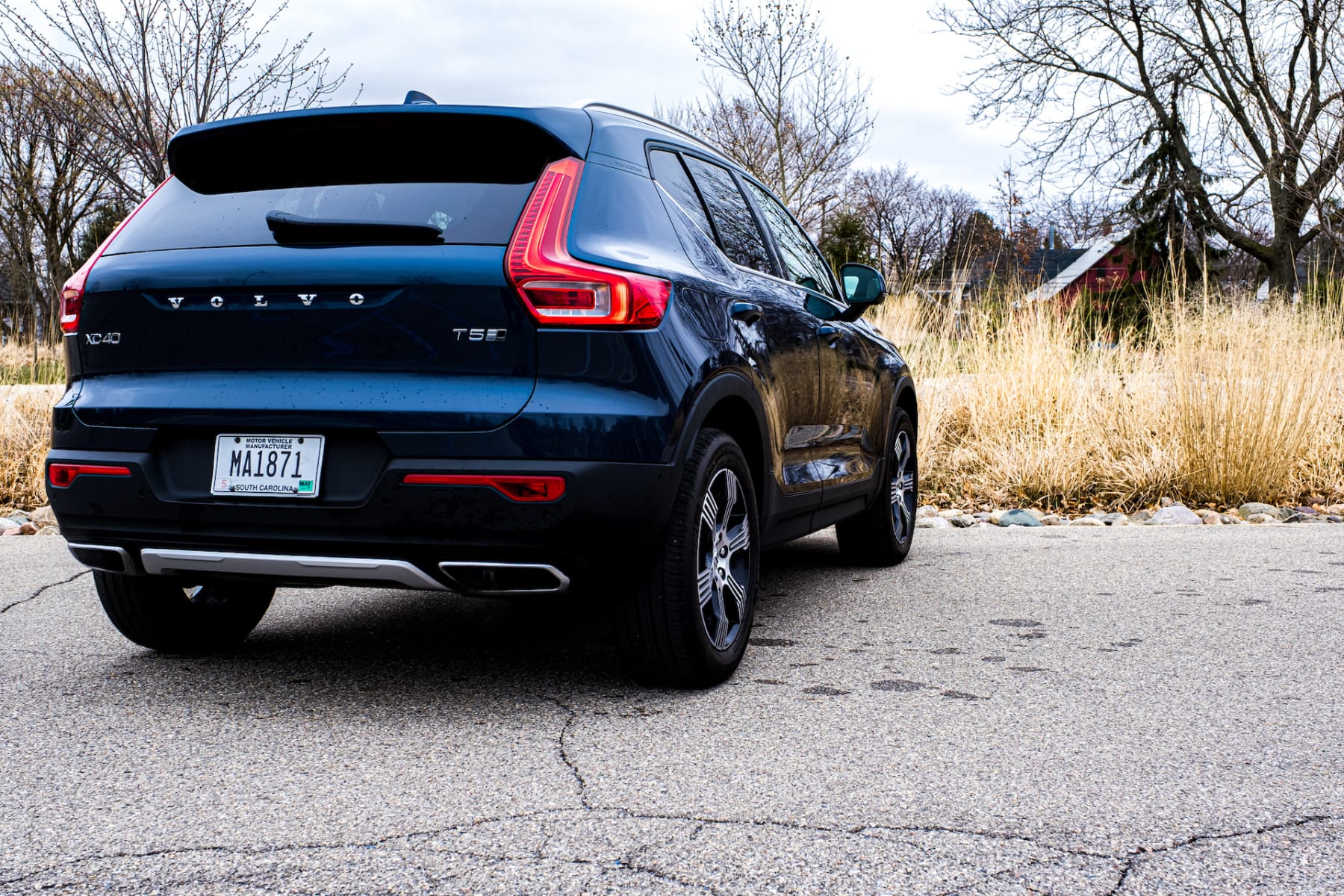 From a driving position, the wheel needed about another two to three inches of telescoping travel. In the way I normally sit, my arms stretched out more than I prefer.

While very pretty and functional with a reasonable UI/UX, the infotainment system can be a little slow and laggy. Most of this is upon initial startup and in the first few minutes of running. After a bit, it seems to be not as noticeable, but it has its moments even then. 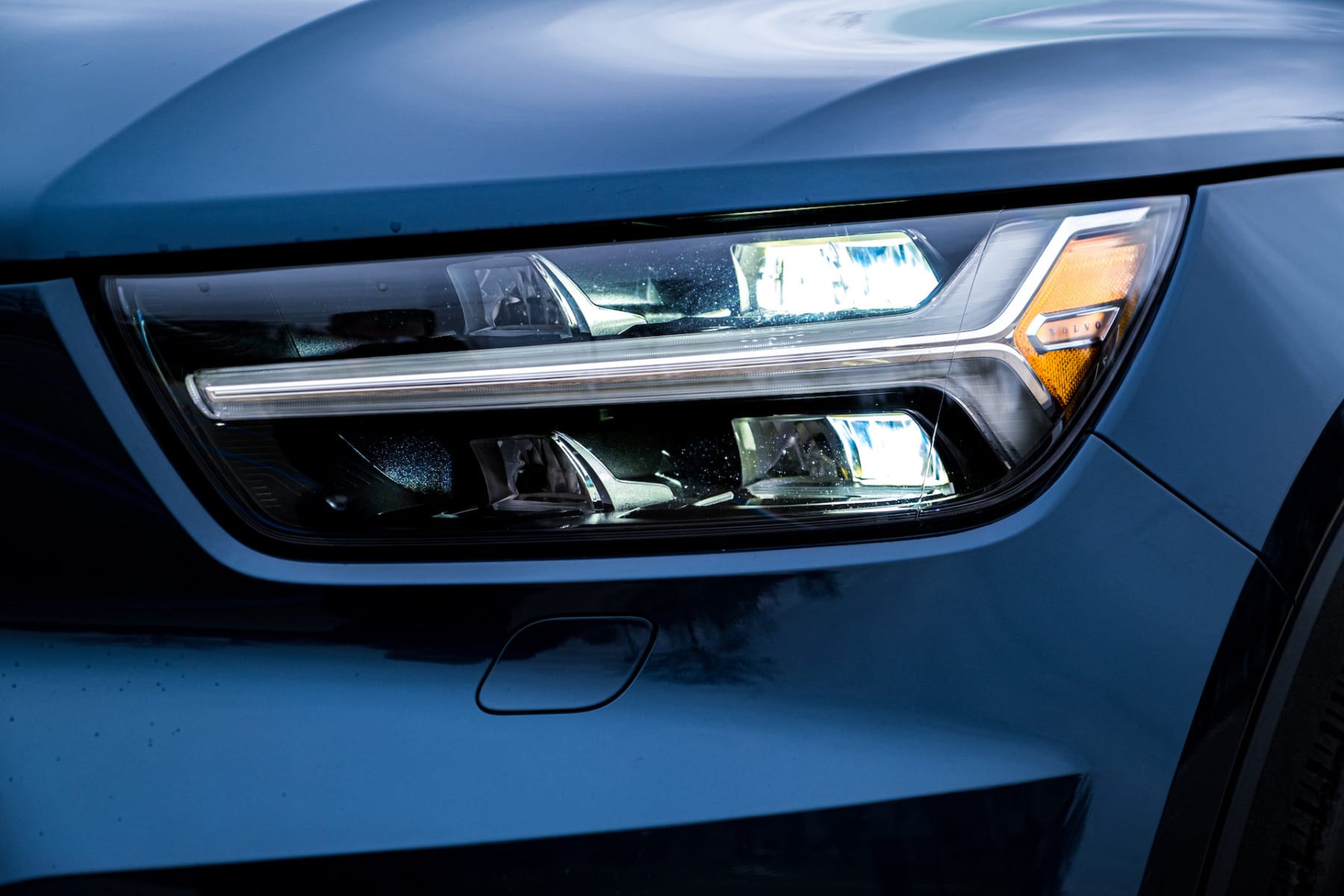 Finally, reading the owner’s manual is a requirement if you want to be able to use all of the functions in the system, and even then, some are undiscoverable.   There were four times I had to go to the manual to sort out items, and I could still not reset the tripometer.

The Volvo XC has a 2.0-liter turbo four with 248 horsepower and 258 lb-ft of torque backed by an eight-speed transmission. It is plenty quick and you will have no want for more power in your day-to-day driving. The XC40 returned close enough as to make no difference to the EPA book fuel economy figures of 23 city, 31 highway and 26 combined.

At $46,290 as tested, I consider the Volvo XC40 an outstanding value for money.   When I looked at the Monroney, I fully expected it to be north of $50,000, maybe close to $55,000. If you are one of those people who makes prejudgments and decisions based on figures, stats and spreadsheets, then you will miss out on this vehicle. It is a vehicle that needs to be experienced to be appreciated, and in the end, that is what makes it a stand-out vehicle. It is far more than the sum of its parts. 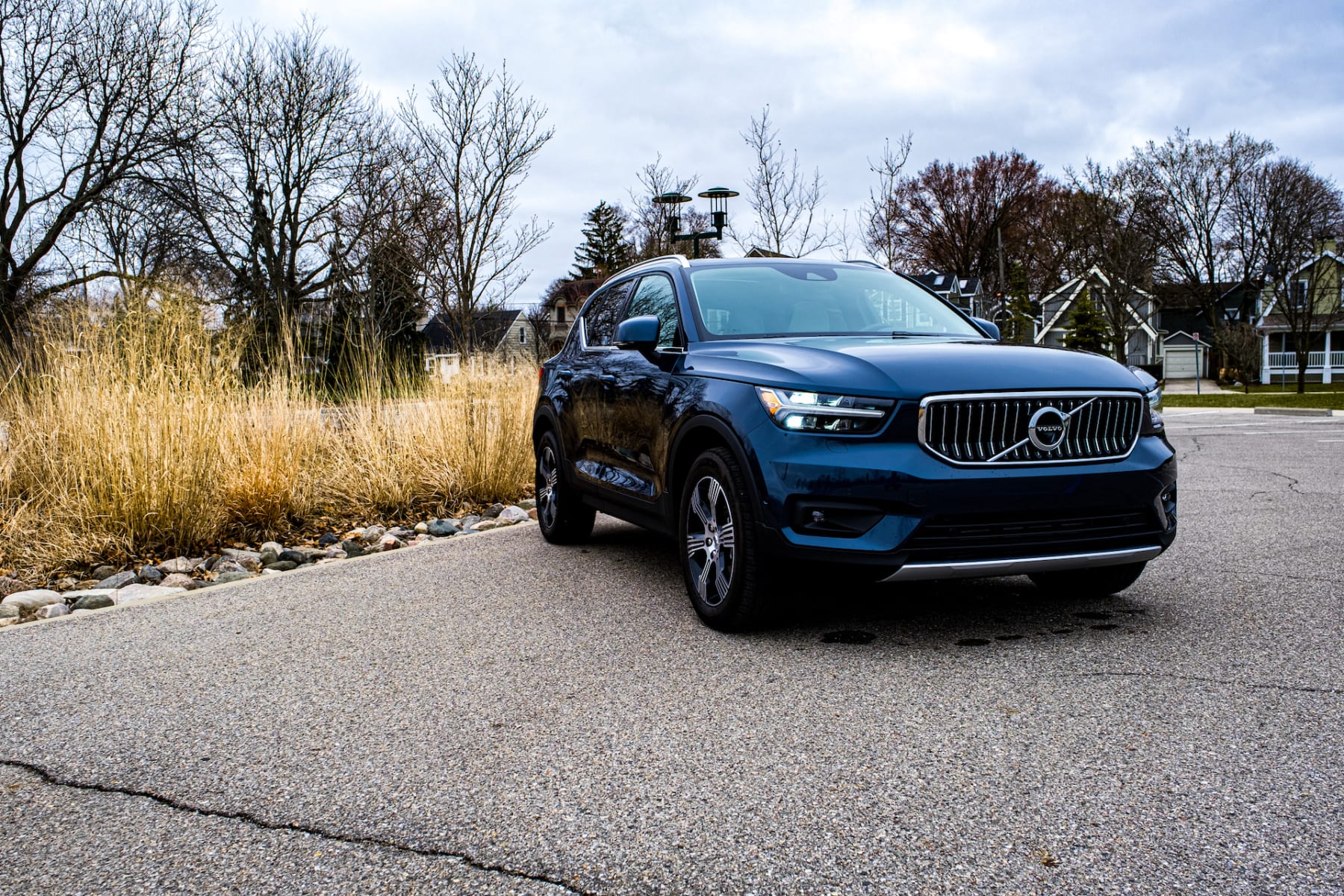