Volvo Update: preventative maintenance was completed, but then it broke

After doing all that I’ve done to this car it worked great for about 2 months. In mid-June I moved down to Lakewood, California to my new apartment with my girlfriend and my roommates. We’ve been here for a couple weeks now and we’re all settled in. But the other day, on a trip to a the Chemical Guys HQ I was halfway down the on-ramp of the 605 and everything stopped. 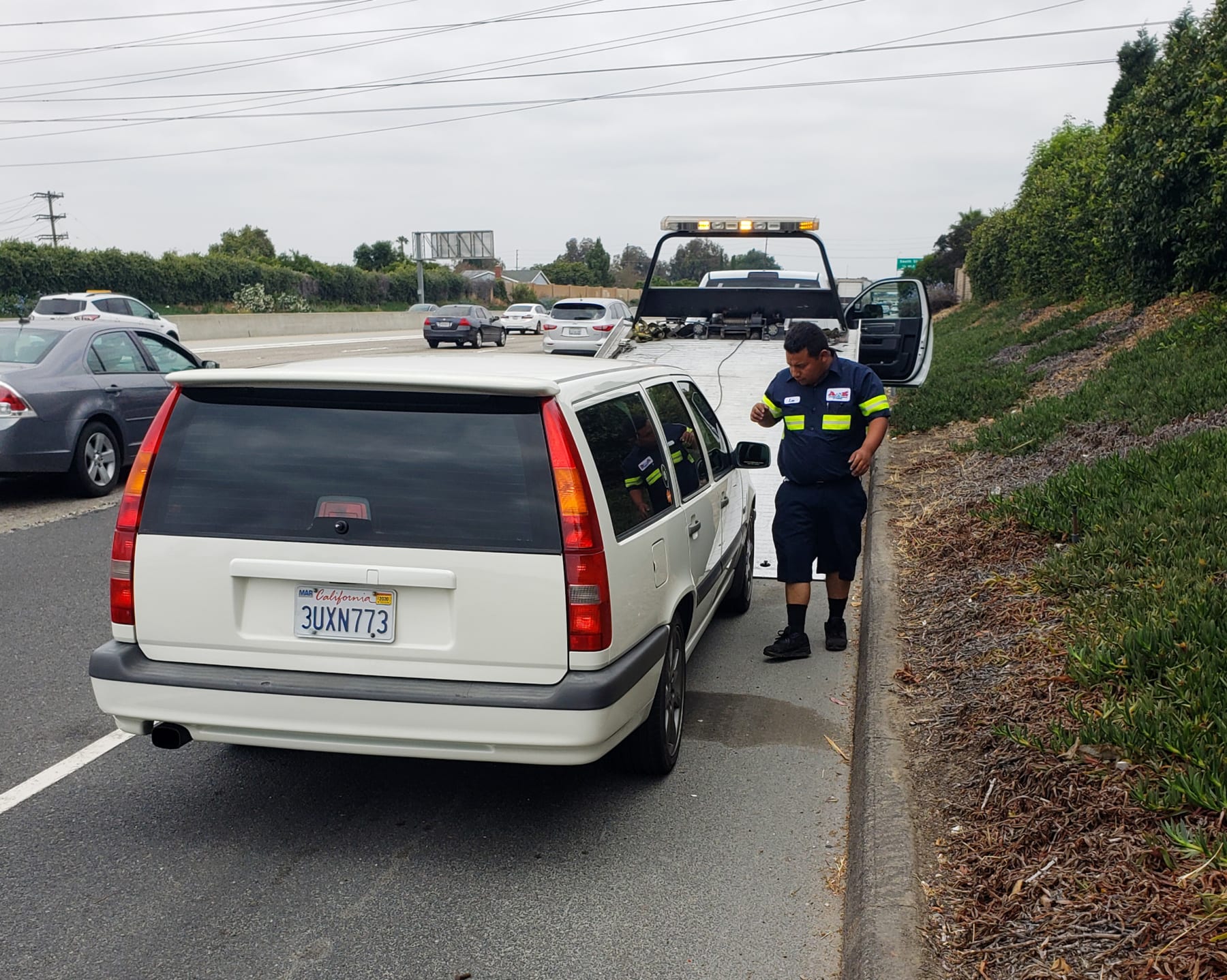 Luckily, I was able to pull over to the shoulder and not in the middle of the busy freeway. Within a couple of minutes, a tow truck driver pulled over and offered to tow me off the highway. Having had my fair share of tows at this point as a former SAAB owner, I requested that he stay with me and call AAA for quicker service. 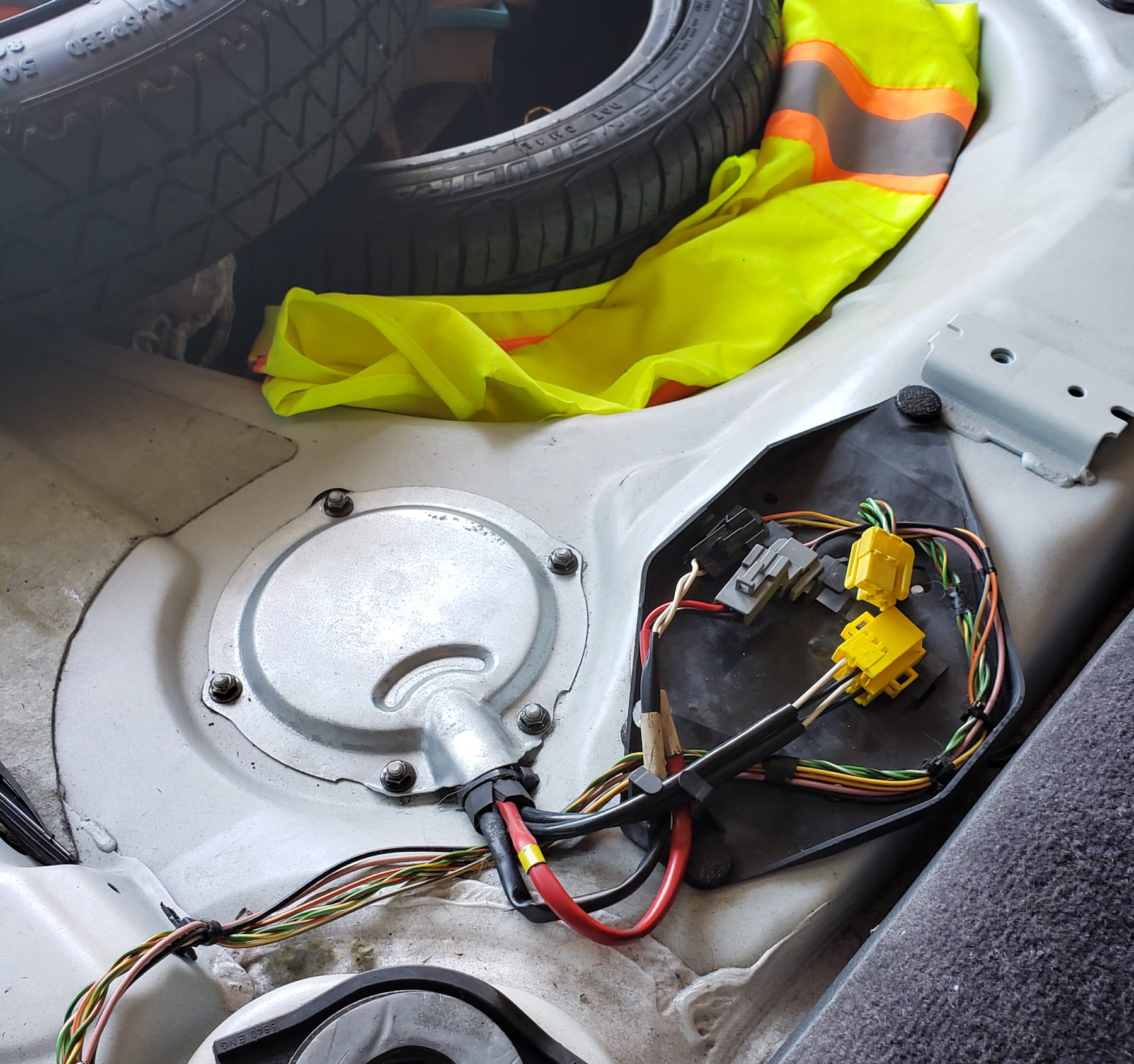 Just a couple months prior, we had been doing the timing belt service among other things. With my time at Community College ending, I made sure I got my degrees and had little time to write. The preventative maintenance was a 15 hour process the first day with the help of my father and some friends.

Joseph had been there the whole day working on an older Mustang. Joe gave what we’ll call a hands off approach to helping me work until there was a real need. That approach was way better than the breathing down the neck some do. Around noon, my father brought us some lunch and got to work refitting some of the timing related components. Much later in the evening, when the car seemingly had us beat with the alternator and PCV system, my friend Bernard came to save the day and give us some support.

The day was coming to an end. Quickly. 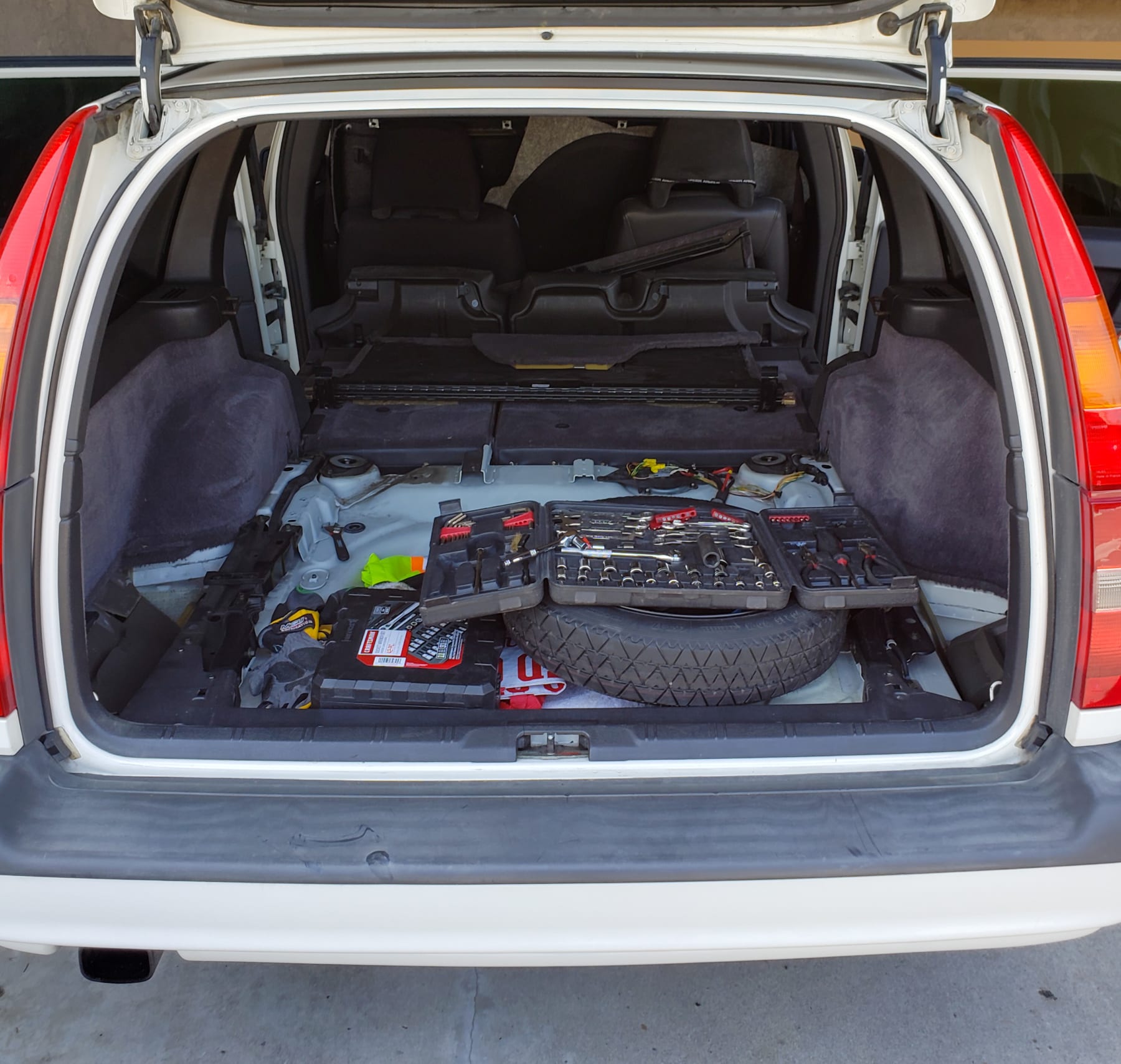 The friend who let me use his shop so selflessly informed me that he’d have to be back at work in a handful of hours once 11 p.m. struck. The car was in around a hundred fifty pieces at that time. That’s usually not a problem, but the car couldn’t stay there. It was time to go.

I made the call to AAA for emergency roadside assistance. We then packed everything up, got the car into a rolling condition, and pushed it out the get and onto the road…for “emergency” assistance. Joseph was long gone after the wrecker arrived.  Over the next five days I bummed rides to school and work from friends and family before getting back to finish the work on the car.

Saturday I got to work and once everything was getting much closer to running capacity, I called one of the neighbor four doors down. Mel graciously offered assistance, tools, and knowledge. Once we were ready, I cranked the key over and the starter motor kicked the Volvo back to life like nothing had happened.  No malfunction indicator light, no warnings, just an overlooked thermostat gasket repaired in a matter of minutes. During the next couple of months there were no signs that anything would go wrong. I was later able to find a donor tailgate for the 850 R at a junkyard for $60 and grafted the spoiler and trim over from the old one. Doesn’t it look good?

Fast forward now to last week when the tow truck driver was waiting for the flatbed to pick me up. The gentleman asked me what I figured was wrong. Oh yeah, I think I’ve seen this before, I said. I had a feeling of what it was when it happened, because what else could it be? Pretty much everything that could cause the engine to die was replaced without fail for two months. Except the fuel pump.

The AAA flatbed driver arrived faster than ever and towed me back to our complex where I soon verified the initial diagnosis. One of the wires leading into the motor’s electrical connector burnt up. Likely repairable for some, the car’s notoriously long lifespans I decided to reach out first to iPD for a genuine pump. According to the genuine pump was a special order part that would arrive to their warehouse in 6 days. After that it would be at least two more days before reaching me. 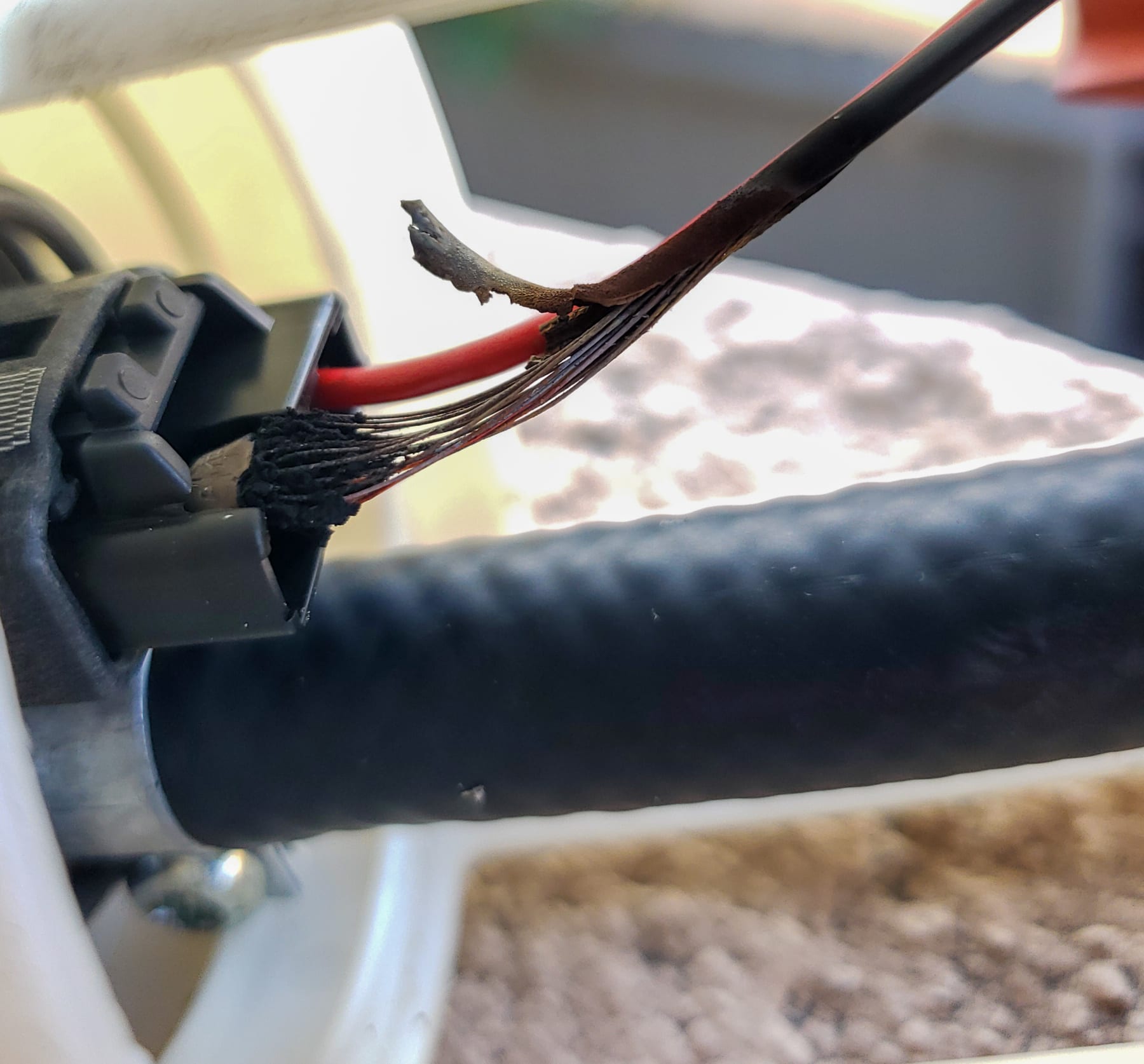 After 25 years this wire had enough.

Walking to work can’t be that bad

I decided to reach out to the nearest dealer with hopes that they would have it. They didn’t. The original part had been discontinued to the dismay of the parts representative, a fellow 850 owner. I asked him to look up a fuel pump on a 1999 S70 which is based on the same chassis. His system noted it was a hundred dollars more and wouldn’t fit the 850 either. After a little research on part numbers, it looked like the same pump had been verified by both FCP Euro and iPD to fit the 850.

7 days without a running car was not going to work, but two days and paying a little bit more for the genuine product made sense. The total damage: $466. Essentially a whole paycheck from the part time job at the local parts store I’m now with. Thank goodness for emergency savings.

Have you heard of Polestar? 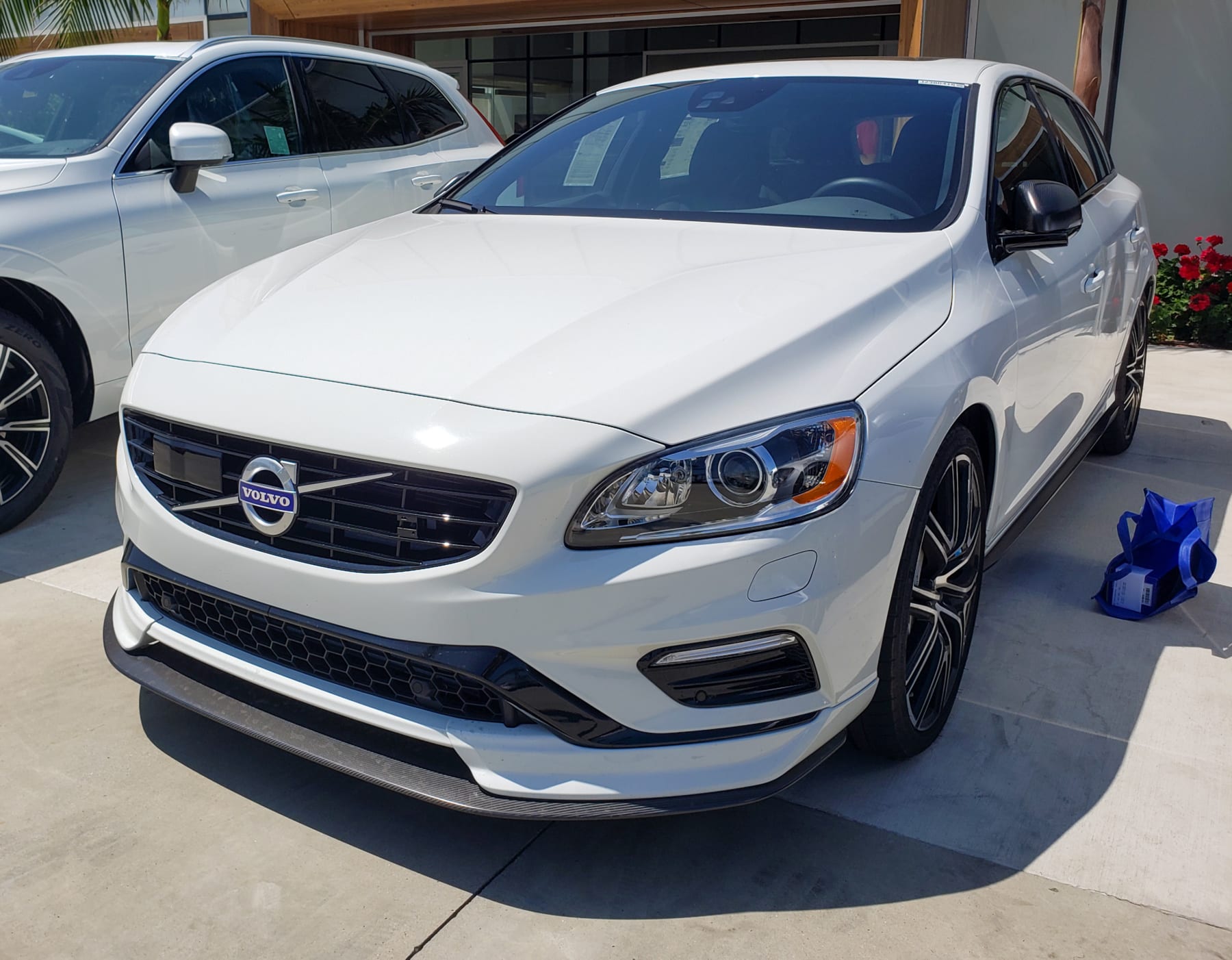 The spiritual great grandchild of my 850 R, the pricey Volvo V60 Polestar was a fun experience to test.

Wednesday morning we headed to Volvo Cars Orange County to get the pump and check out a 2018 V60 Polestar from their website. After a little conversation, I got them to agree to letting me test drive the thing. I wasn’t much, but probably the only chance I’d have. The car was brilliant hitting all my biggest marks: comfy, practical, and quick. The steering was firm and the brakes strong. The car as a whole was confidence inspiring, but its 8-speed transmission would take some getting used . The largest downside was the price, a whopping $62k. Polestar only made 1500 examples like it and the salesman let me know that because it’s been on their lot so long there was certainly some wiggle room. If you’re in the area, or in the market it is definitely worth checking out.

Within 30 minutes of being back home it was back in and the car was running with some help from my roommate Brandon and I was able to make it to work shortly after. Albeit, with the interior trim in about 15 different pieces. It’s all back together now, but it’ll take some time to get that money back for sure. At least I can drive it worry-free for another 70 thousand miles or until the turbo goes out.