V.I.S.I.T.: Peugeot 505 that is registered and still runs and drives

Let’s bring back this oldie – V.I.S.I.T., or Vehicles I See In Traffic. If that sounds familiar it’s because there is a Facebook group with the same name, which was named after this series of Hooniverse posts. The most hilarious thing is that I am persona non grata in that group after I said that a Smart Car EV was dumb and I upset some dude who had one.

Anyway, the other day, while coming out of my storage facility I froze in place when I gazed upon the parking lot in front of the building. Staring at me was French car – a Peugeot! Not just any Peugeot but a “luxurious” 505 STX V6! 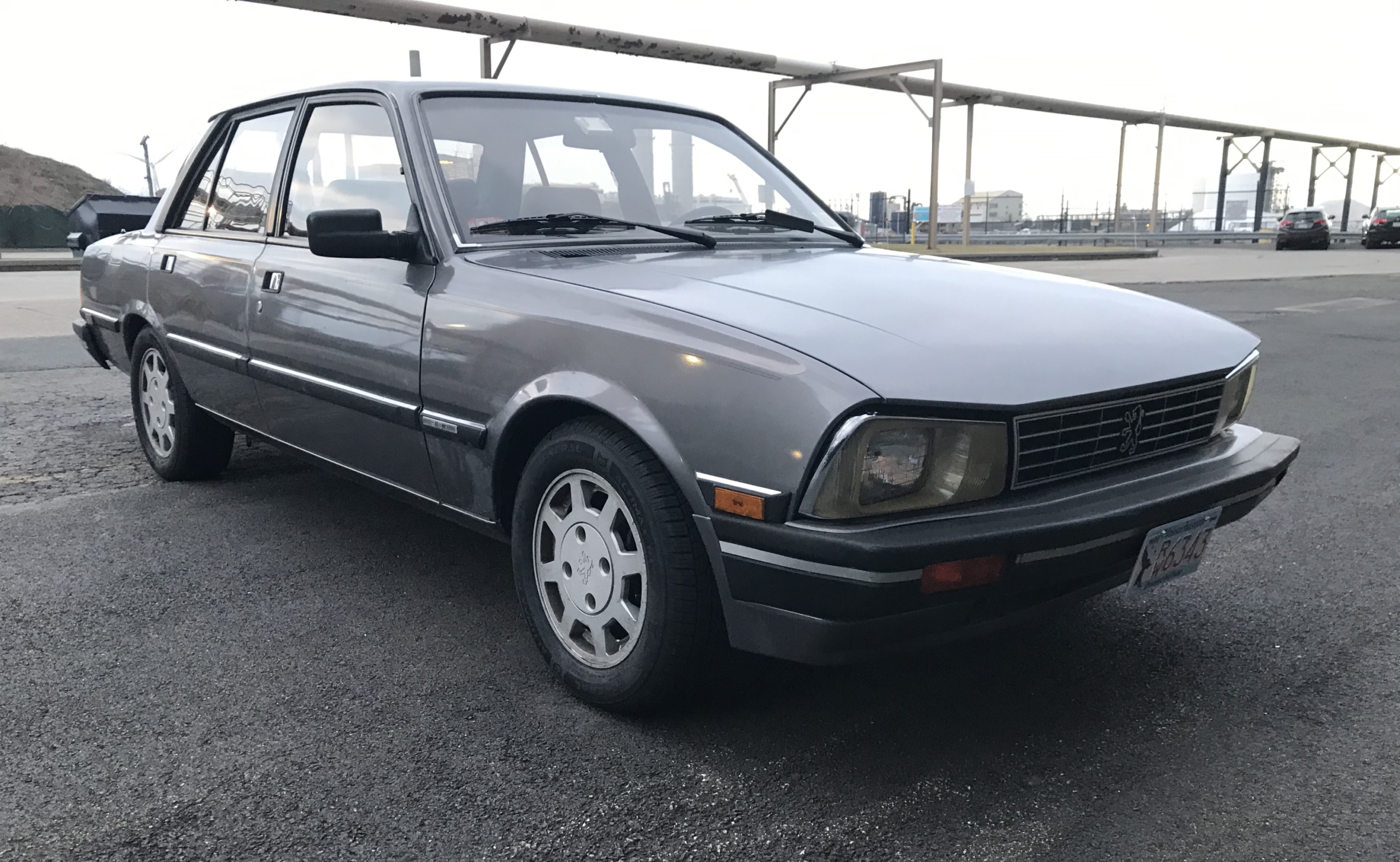 According to wikipedia, this 505 had such luxuries as power steering, central locking doors, and air conditioning. Peek inside and you’ll notice the automatic transmission shifter surrounded by leather seats. This thing is so Euro that if you own you’re only allowed to drink espressos and red wine. 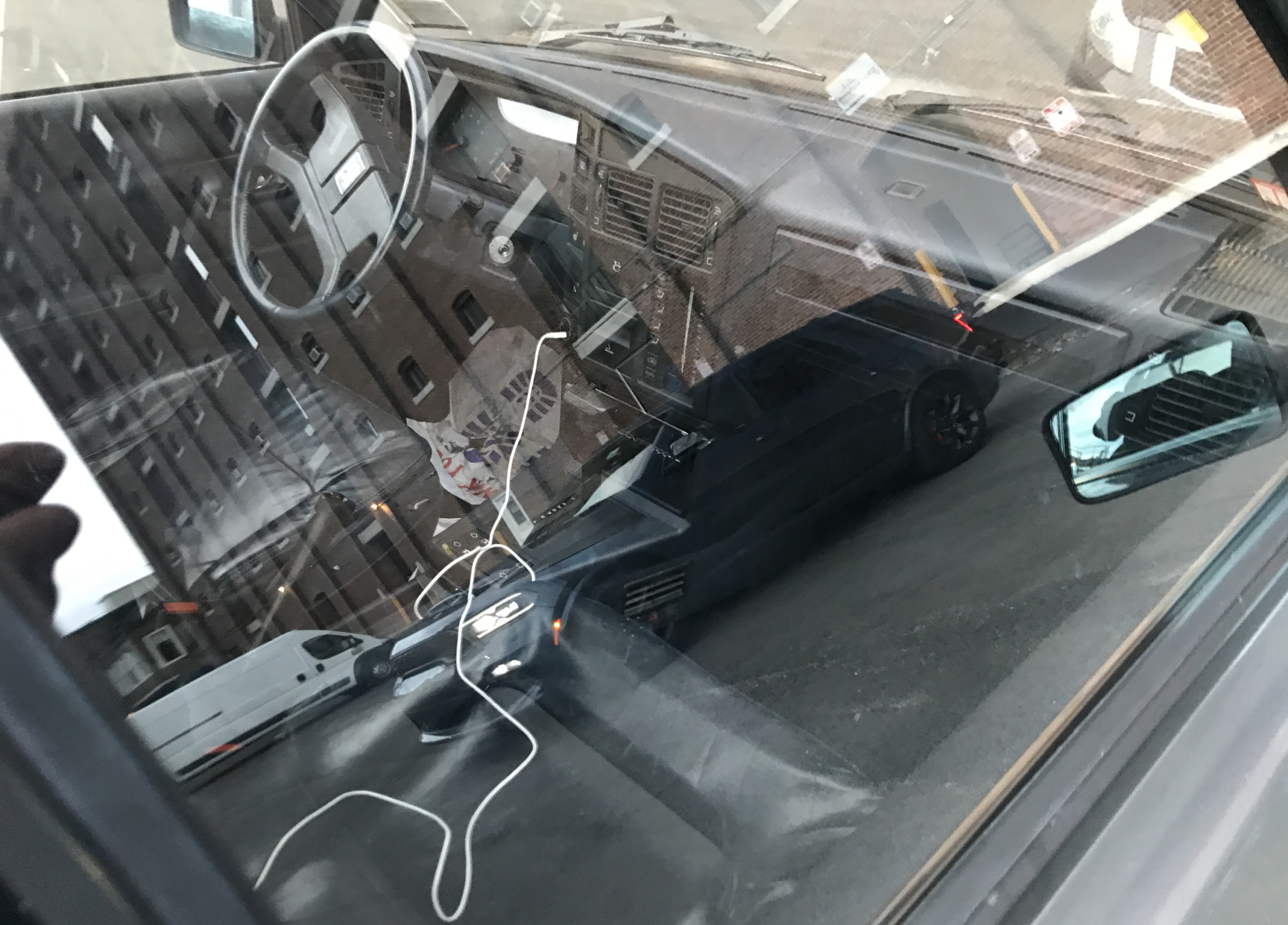 The PRV V6 engine needs a paragraph for itself. Made by Française de Mécanique for PSA, Renault and Volvo, versions of it powered a surprising number of cars. Renault Alpine, Eagle Premier, DMC DeLorean, Citroen XM, and various Volvos had a version of this boat anchor under the hood. It was available in varying compression rations and cylinder head configurations, hence its popularity. 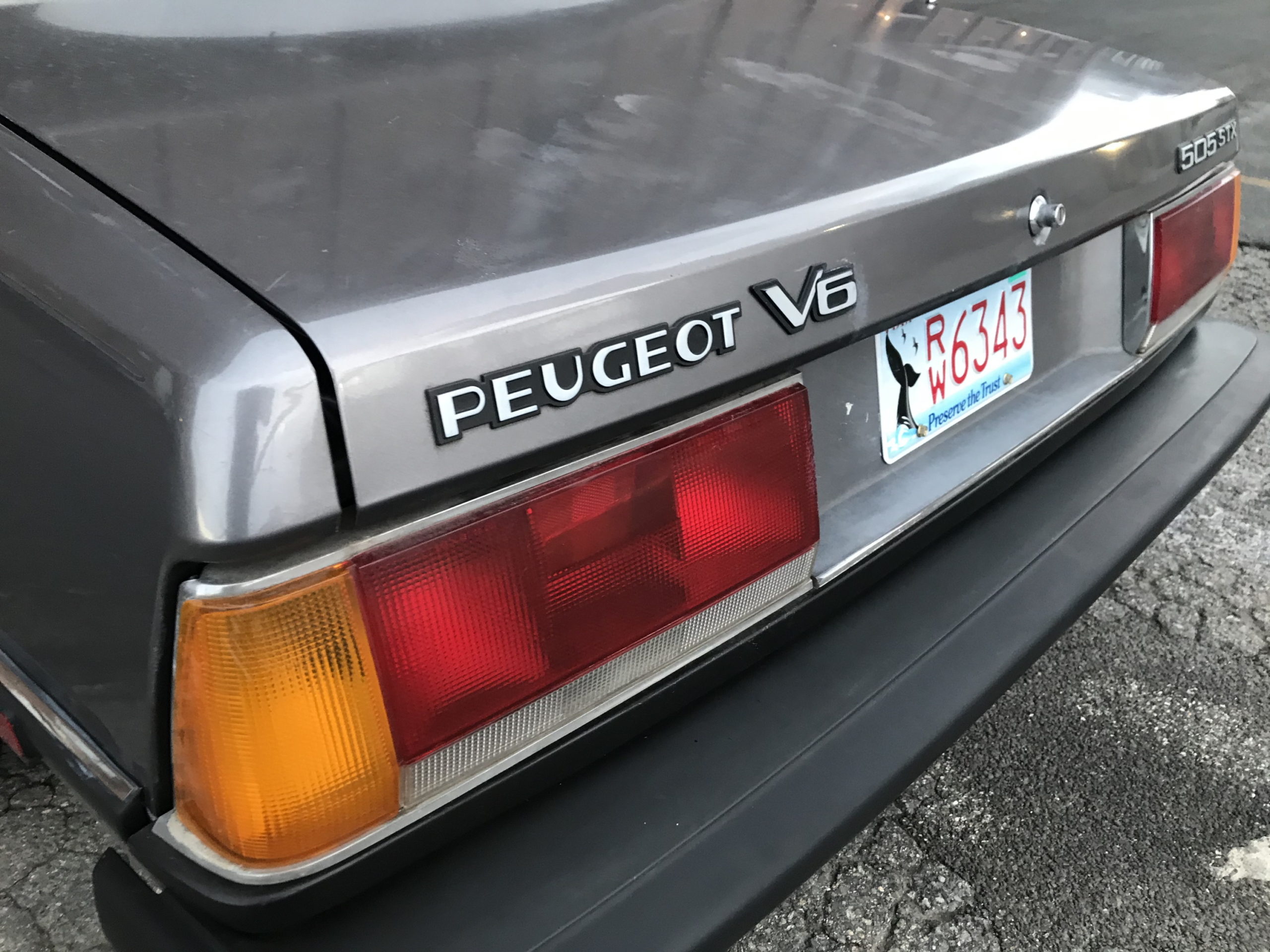 Generally, this 505 was in a pretty, original condition. It had wear and tear, and the paint was aged but it ran. It was registered, insured, and it passed inspection. Most importantly, it moved under its own power. Whatever your feelings are about 1980s French cars, ya gotta respect that.