Two Wheel Tuesday: How I screwed up a vintage frame, and how a lathe, a sledgehammer, and the Internet fixed it.

Early last summer, I picked up a derelict 1973 Harley/Aermacchi SS-350 frame for just the cost of shipping. It’s a back-burner project (even more back-burner than Bultakenstein), but I’m doing a bit here and there. Last week, while attempting to install new steering bearings, I stupidly bumped the frame, sending it flipping off the workbench. It smacked the concrete garage floor right on the end of the steering stem. I was heartbroken, wondering if my frame was trash.

I briefly tried heating it with my puny Bernzomatic propylene torch but, as expected, that wasn’t going to do much beyond haze the paint. So, I sought advice online. I posted a photo on the Aermacchi FB group, and a couple of forums. Most people said I should take it to a machine shop, but—free frame. I’m not even sure what will become of this project. It’s not worth spending a ton of money on it at this point. One of the guys on the Adventure Rider web forum suggested I try a cold repair. That surprised me, but a couple of other folks backed him up as being a viable approach. So I figured, why not? 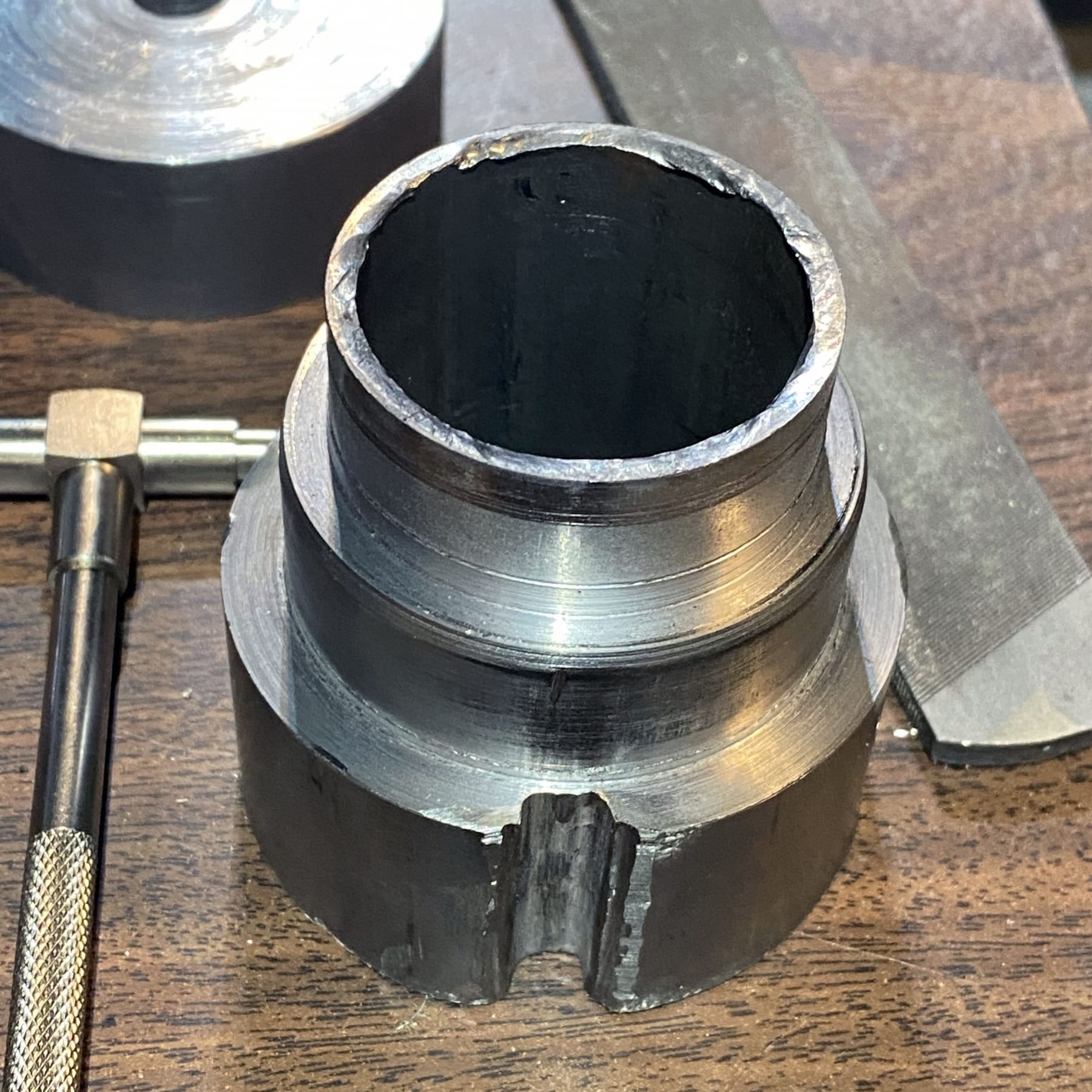 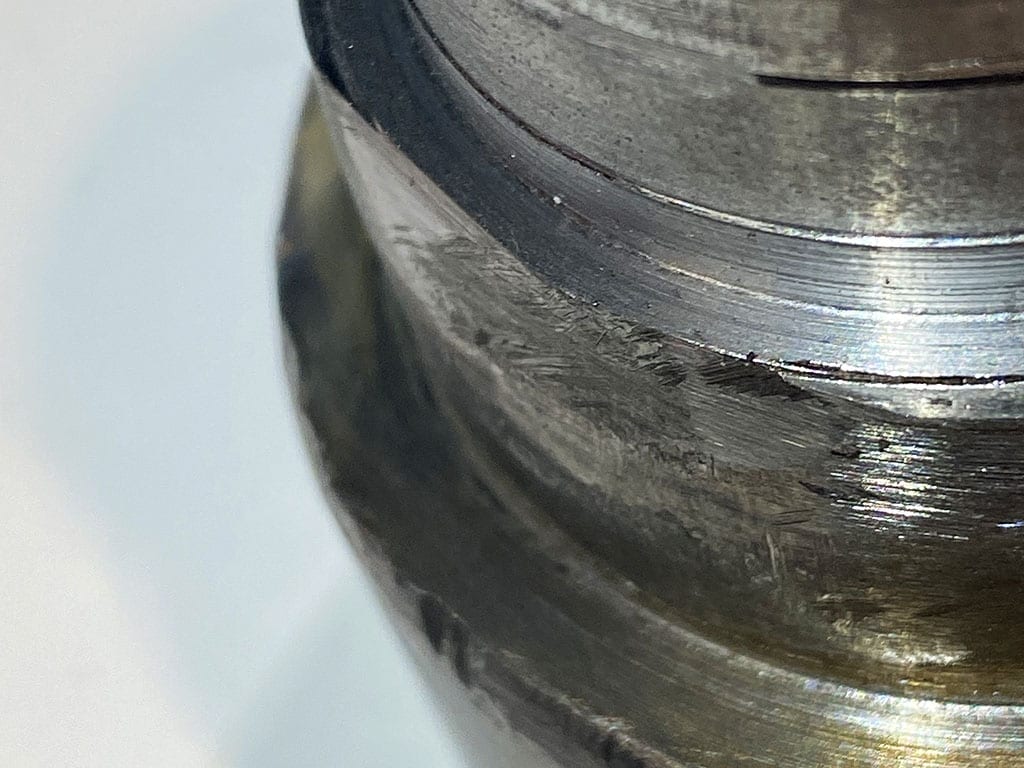 I notched the back to index on the steering stop and keep it from rotating, then I judiciously filed down where the dented lip would be, making a gradual ramp instead of  catching the dent on the lip of the mandrel. Then I got out some all-thread and the impact driver. 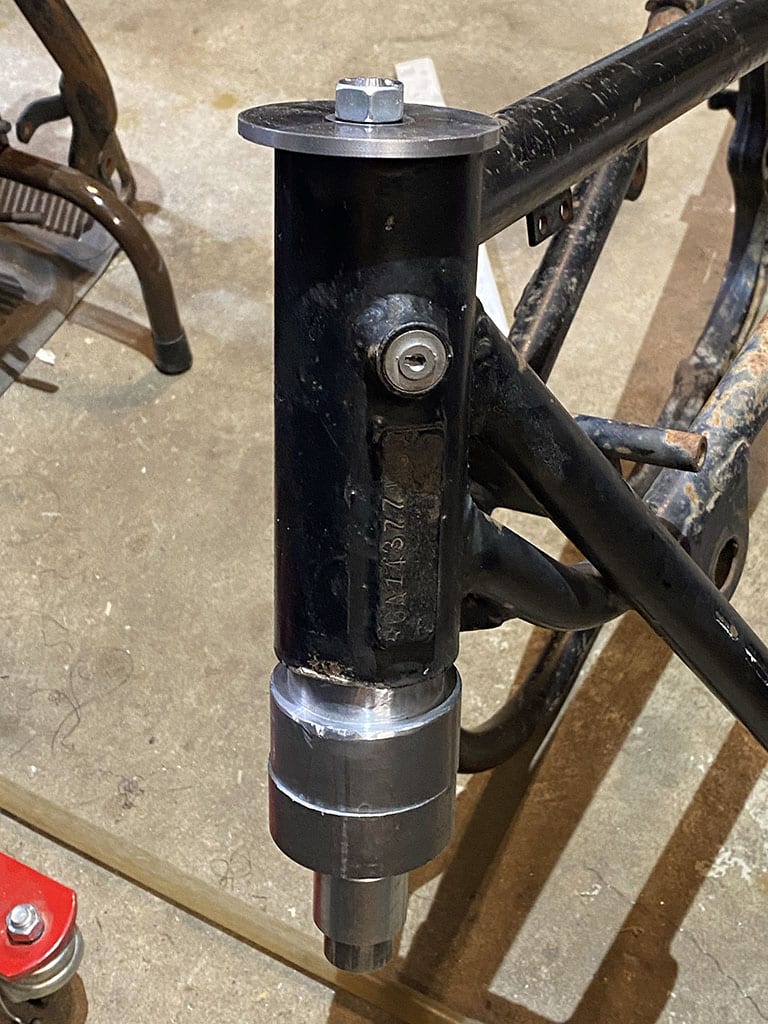 It would ugga-dugga about three-fourths the way home, then stop cold. So, I did what anybody would do: I resorted to a bit of persuasion with a sledge hammer! Three carefully-aligned whacks seated it all the way. After I tapped the mandrel out, the inside lip of the steering tube was slightly grunched up, so I cleaned up the edge of the lip with a grinder for about 5-10 seconds. I was then able to seat the mandrel using just the impact wrench. 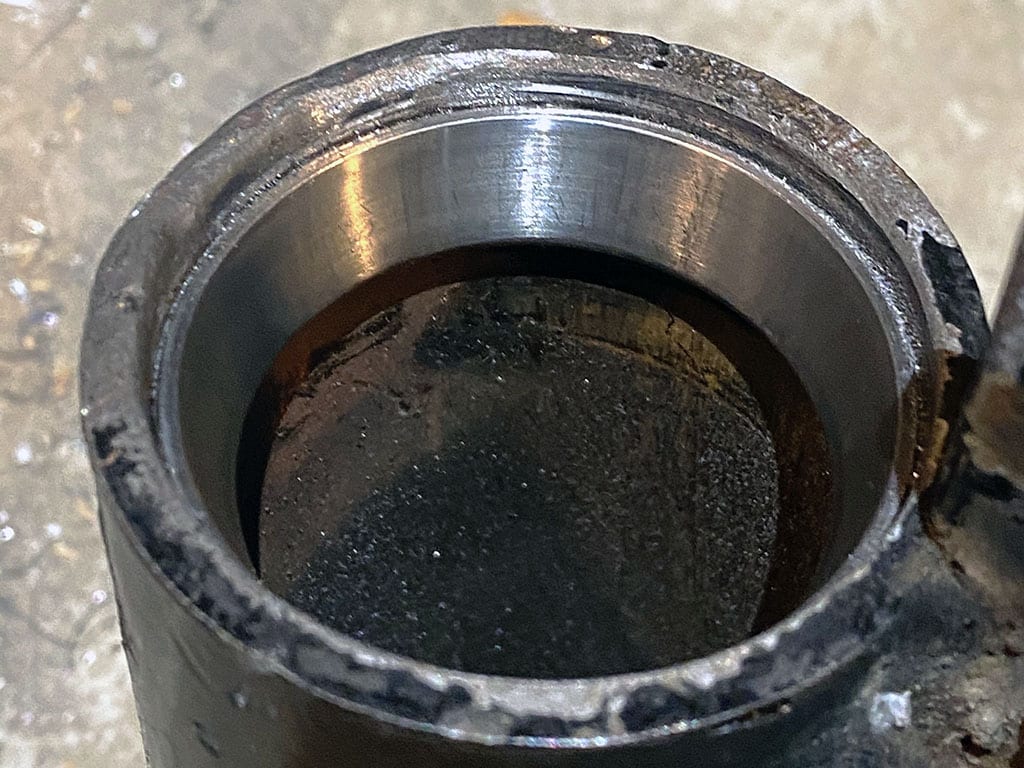 I decided to use the the mandrel to do double-duty as a bearing driver. When I was ready to install the outer tapered bearing race, I chucked up the mandrel again and turned the smaller diameter section even further, so that the bearing race just slipped over it. After loading the race into it, it slowly ugga-dugged into place. (I did give the bottom of the mandrel one good whack with the sledge to ensure it seated firmly and square.) I was slightly worried it would end up out-of-round. Measuring with a bore gauge showed the race was still circular, however. When the inner bearing is dropped in place, it rotates smoothly, with no rocking (as would happen if it were out-of-round), so we’re golden! 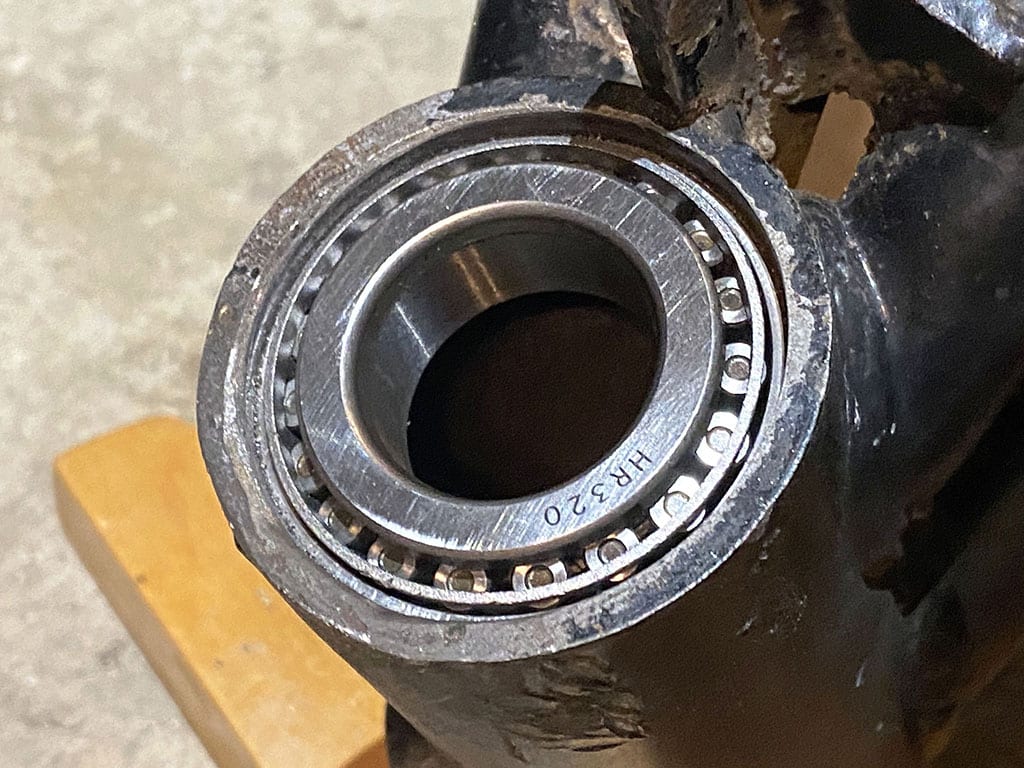 I don’t have much experience bending metal, and find it kind of scary. Not having a bunch of gearhead/machinist friends close by IRL to help me, I want to thank all those guys who took the time to discuss a solution with me, a stranger. No way would I have dared attempt this without the suggestions and encouragement I found online.