I find myself driving long distance a lot. Music gets old after about two hours, and I really have trouble keeping the netbook balanced on my dashboard while I watch the Sisterhood of the Travelling Pants 2 for the 450th time.

As a result, I listen to audiobooks. These types of engineering / automotive / design audiobooks are just about worth their weight in gold, as they are very hard to come by. There’s plenty of great books about cars with pictures you want to rip out and frame, but not many of these great books have been narrated. Not all of these books are strictly about cars, however if you have a general interest in mechanical engineering, tinkering, or industrial design, you will not like my list, you will just love it.

These books cover everything from the SR-71 Blackbird (and why it’s black) to the Cadillac Cimarron, and they make the time on the road just fly by. I have ranked them from 1-12, but all of these books are good. I could’ve made this list bigger by including other books on this topic I’ve listened to, but a lot of them are just bad. These are the cream of the crop. All of these books are on Audible.

12. The Design of Everyday Things

By Donald A. Norman

I had to read this book for my ergonomics class for my Industrial Design degree, and was pleasantly surprised about how interesting it could often be. This book is probably the most “off the beaten path” for the car enthusiast, but it does talk about cars for a reasonable portion of it. It primarily talks about good design, bad design, and why many products are the way they are. Don Norman is an electrical engineer, so the writing is often a little dry. That doesn’t mean it’s, not interesting, though. You learn a lot about design while listening, and nothing looks quite the same after you’ve finished. 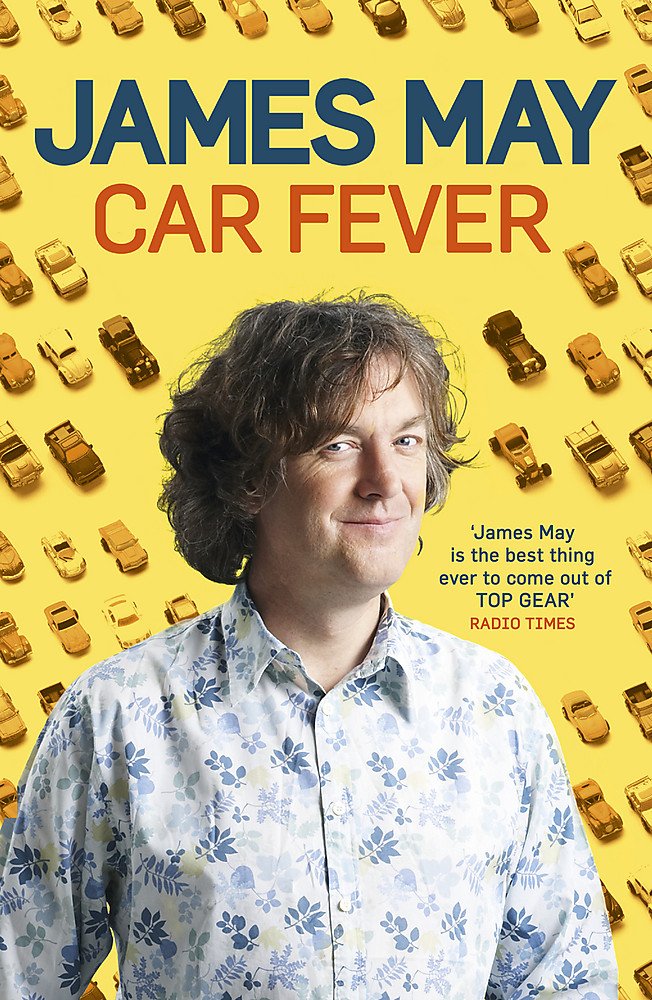 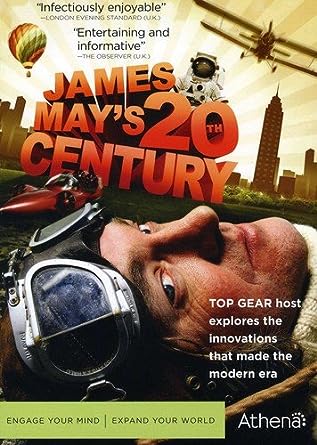 James is perhaps the most interesting and curious member of the ‘Top Gear’ trio. His TV series he’s done outside Top Gear and The Grand Tour illustrate this, and his audiobooks are more or less a video-free version of them. First off, in typical James fashion, he narrates both of them himself (he has done three I believe–two of which are listed here). Also in typical James fashion, the books cover a wide variety of topics, and often bounce around subject matter.

That isn’t at all to say that these audiobooks are bad– it’s just the opposite. Car fever is the more automobile focused of his two ‘engineery’ books, but both of them are very funny and very interesting. 20th Century is much longer than Car Fever (and covers the technological developments of the 20th century), but both of these audiobooks are reasonably short. I highly recommend them both, and I suggest you listen to them back-to-back. 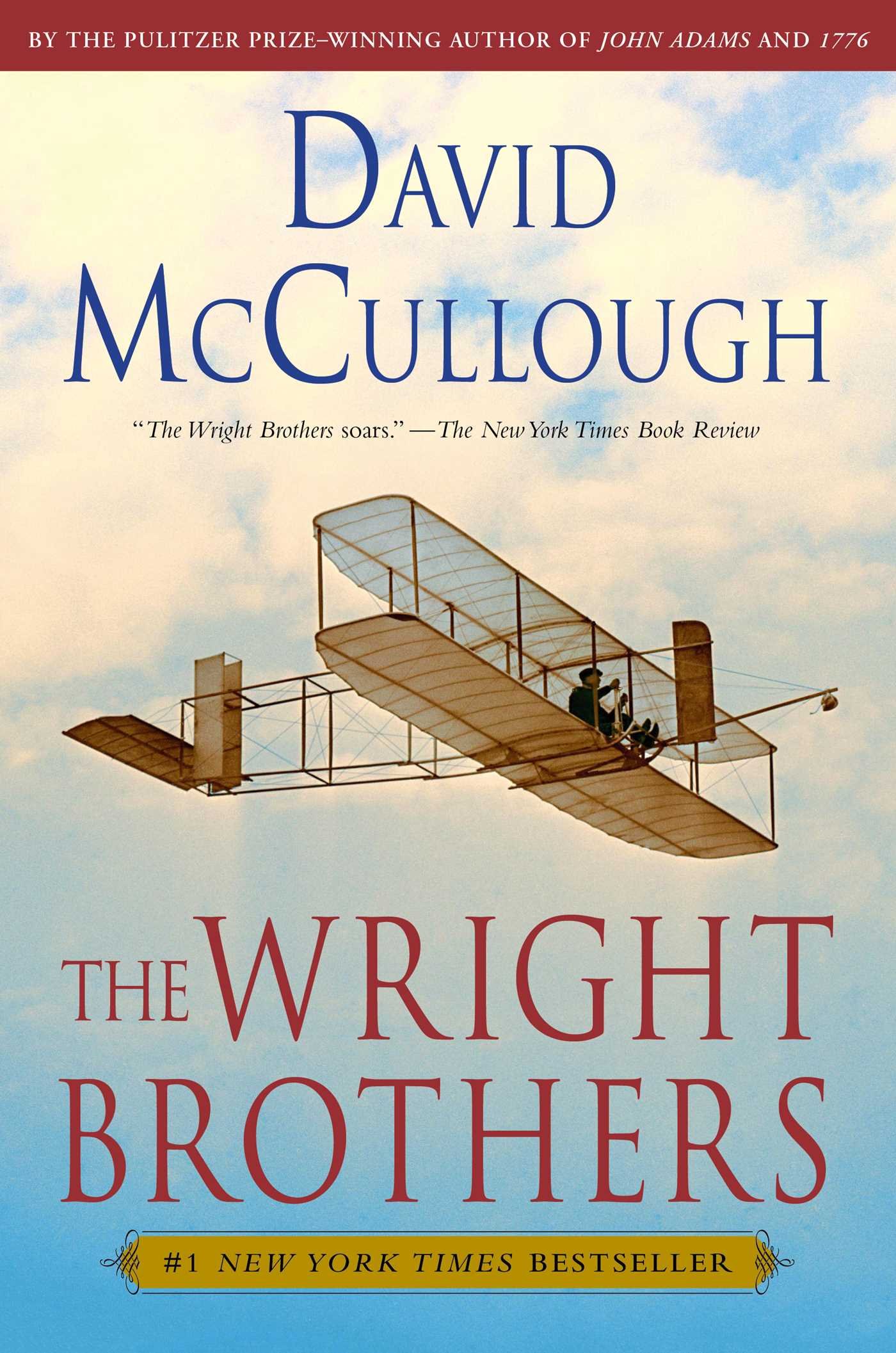 The Wright brothers were smart, daring, and pretty strange people. This book really reaches into the personal lives of both brothers, and the Wright family. It covers their lives from childhood until both of their deaths, and it has a lot of interesting engineering details surrounding the Wright aircraft as well (such as the portion where they design their own combustion engine from scratch). The author also discusses other early flying machines, the brother’s time spent at Kitty Hawk, and their quest for military contracts for their invention (domestically and in Europe). It is well written, reasonably funny, and a good listen.

8. Every Tool’s a Hammer: Lessons from a Lifetime of Making 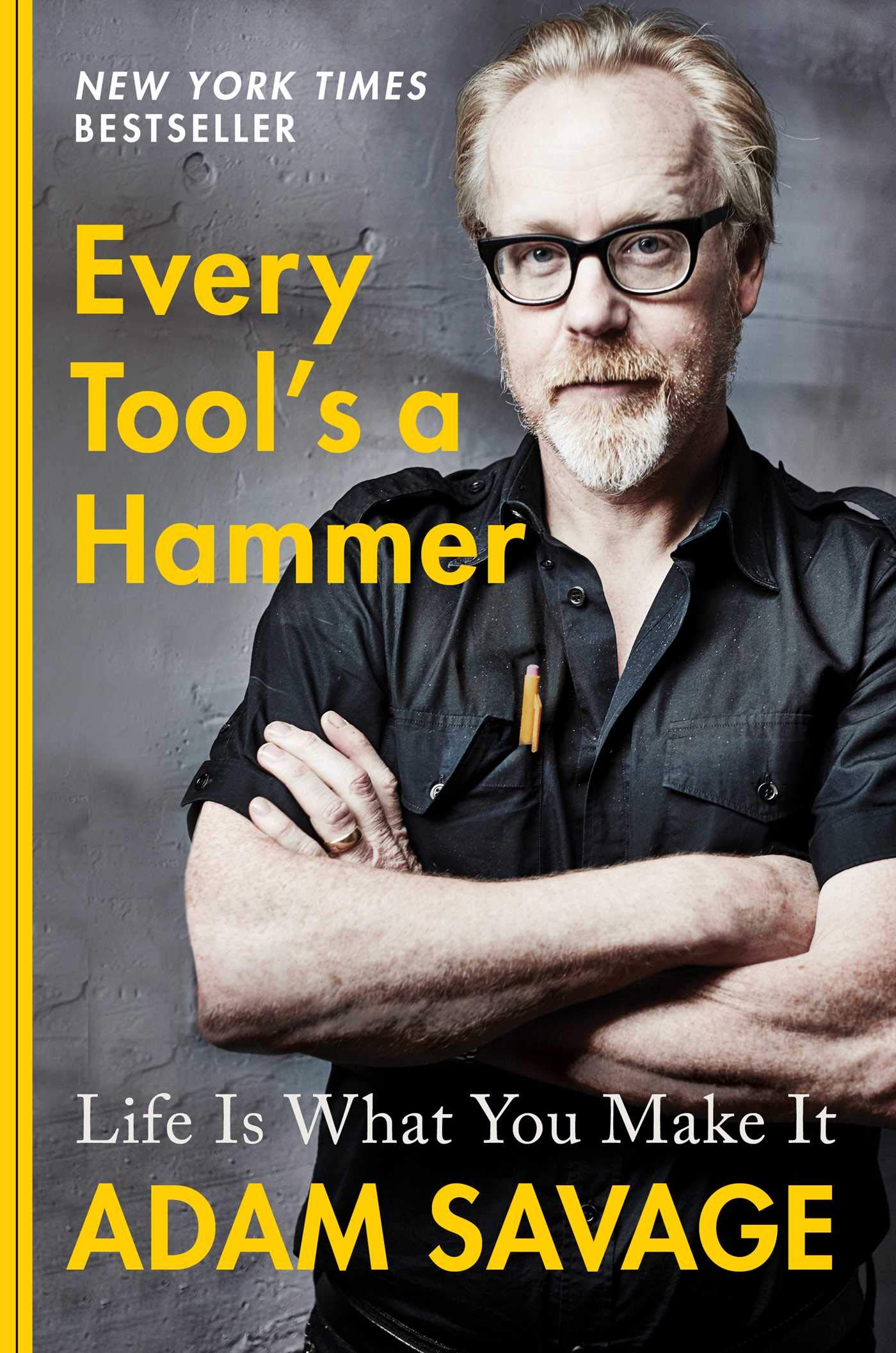 This is probably the most ‘ground level’ book about being a designer, or engineer, or ‘maker’ that I have come across. Adam Savage (the host of Mythbusters), started his career doing set design. Adam got several jobs doing special effects and prop-making, and he ended up being hired by his former boss Jamie Hyneman to do the extremely popular aforementioned television series. This book is funny, very informative (especially if you’re just getting into making things), and contains a lot of good advice about managing a team. I highly recommend it, and it is also narrated by Mr. Savage, which is an added bonus. 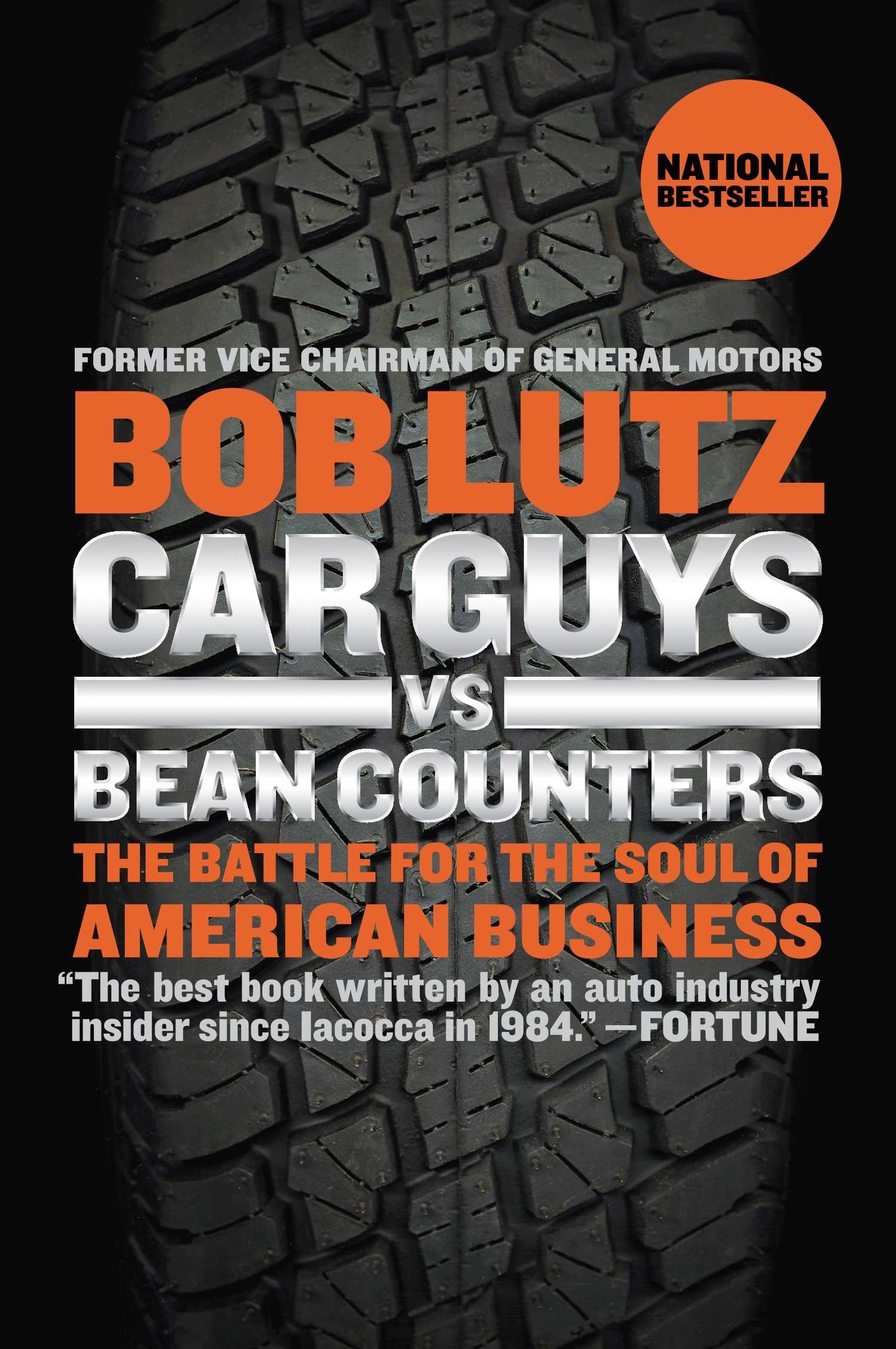 This book is about the pre-bailout period of General Motors (2001-2010), and is written by Bob Lutz, who was a product development executive for GM at the time. This book is very entertaining, interesting, and full of funny stories. It’s also full of insider information that makes you realize why GM’s vehicles from this era were of such poor quality. Lutz, the author, is on the right wing. He is very skeptical of climate change, and holds other decidedly right wing views some readers may not like. It’s easy to get past, though. Once you do this book is very enjoyable. It covers everything from the beloved Pontiac Solstice to the Chevy Volt.

6. The Perfectionists: How Precision Engineers Created the Modern World 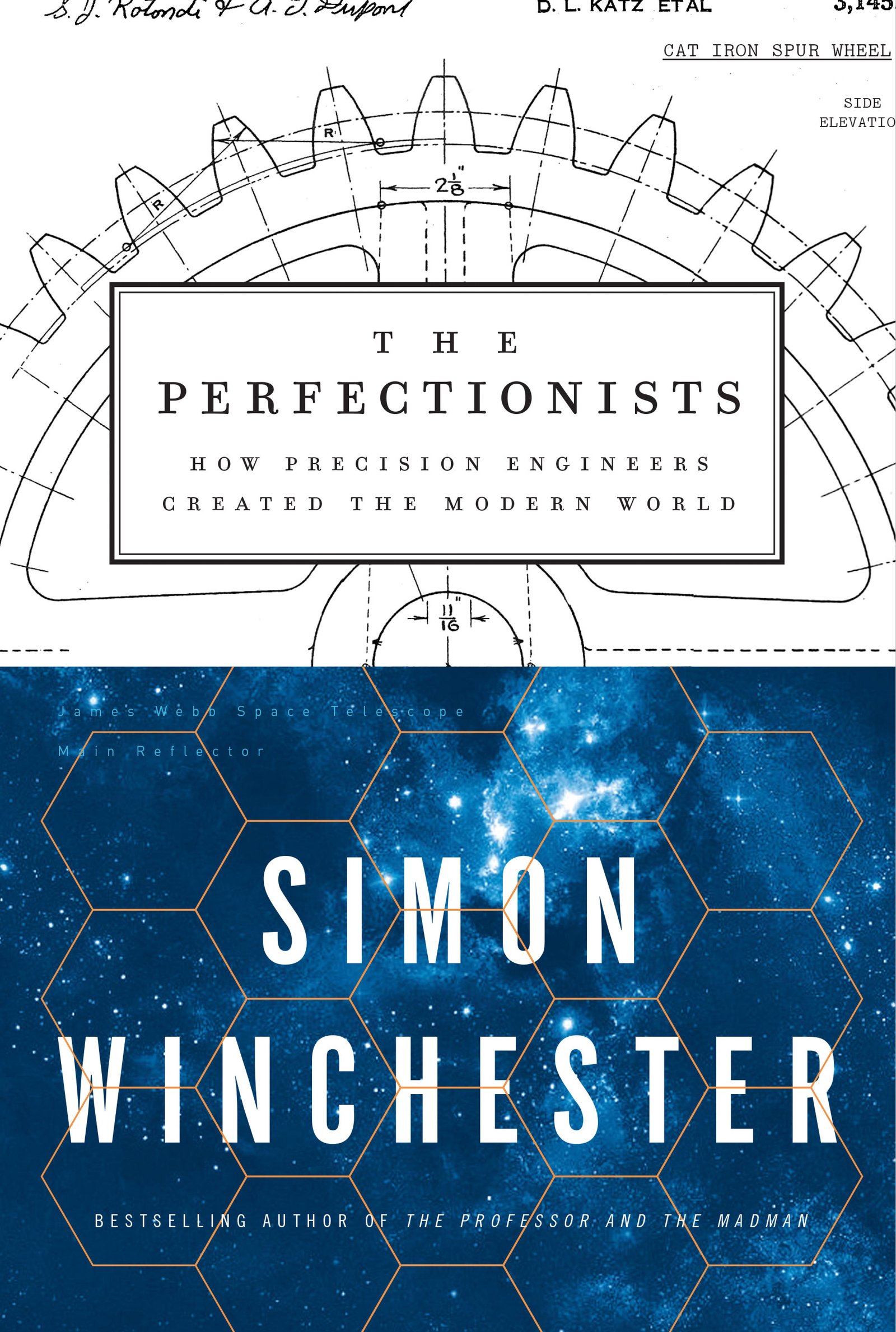 This book was written by a longtime novelist who always had an interest in engineering. As a result, it’s a very well-written look into something that has no business being interesting; tolerances. It tracks the development of tolerance–ie. the acceptable variations in manufactured components. To put it as clear as I can; the book begins at the first rudimentary steam engine, and ends at the microprocessor. How can we make shit that small and that precise? Very fine tolerances.

It tracks the industrial revolution from its beginnings to the present day, and does a good job telling the human side of the entire centuries-long ordeal. It has bits about planes, engines, a long part about early Rolls-Royce automobiles, Ford, and others. It’s a great listen that only grows a little bland towards the end.

5. Fins: Harley Earl, the Rise of General Motors, and the Glory Days of Detroit

Fins is a book about “Industrial Artists”, or “Stylists”– people who are known as industrial or transportation designers today. The most interesting parts of this book are as follows:

The not so interesting portions concern Harley Earl’s parents, family, extended family, where he grew up, how his family ended up where they did, etc. The early parts of this book are a lot of that. Once you get past these mundane details, it’s a very interesting listen that covers a lot of stuff I had never heard about.

It also talks about, of course, how the tail fins on Cadillacs ended up near the car’s roofline.

4. And On That Bomshell: Inside the Madness and Genius of TOP GEAR 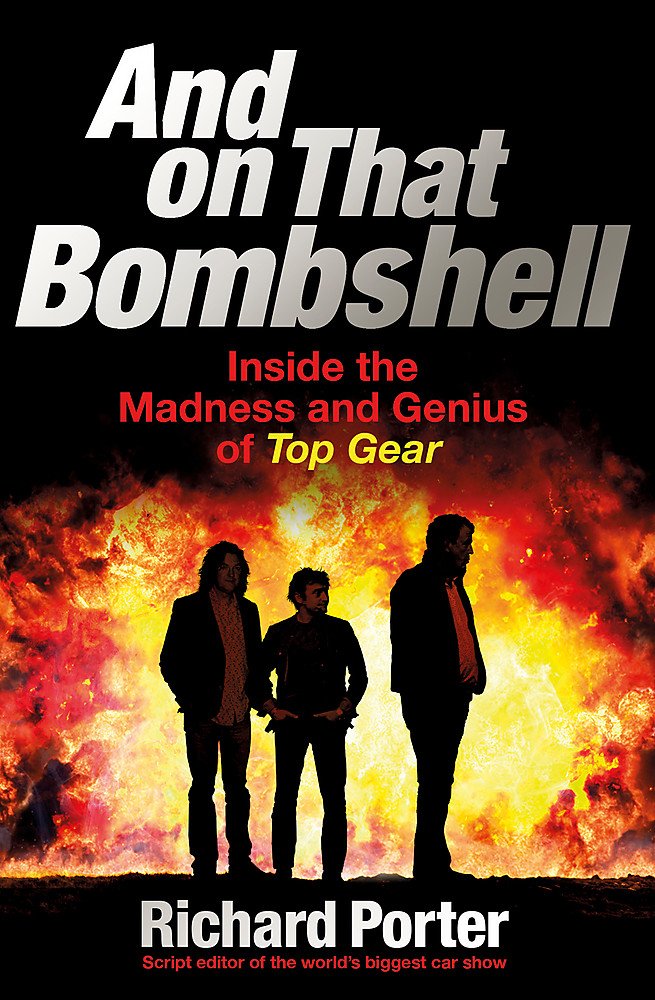 On That Bombshell is an interesting and humorous look into the production of Top Gear, the most successful automotive television program ever. Porter, the author, was the script editor on the series, and holds the same position now at The Grand Tour. He was responsible for writing much of the onscreen humor, such as the “Some say…” Stig jokes. He was hired at the onset of the new generation of the program, which was spearheaded by Jeremy Clarkson.

Porter handles silly situations in a silly way, and serious situations in a serious way. Although the book may have constant humorous undertones, it tells a serious and interesting story about success and staying honest. It is self-aware, narrated extremely well (at the beginning and end by Porter himself), and answers many questions I’m sure a lot of viewers have. Although it may not be so much about engineering or design as many of the previous texts are, it is definitely about cars, and definitely a good listen. 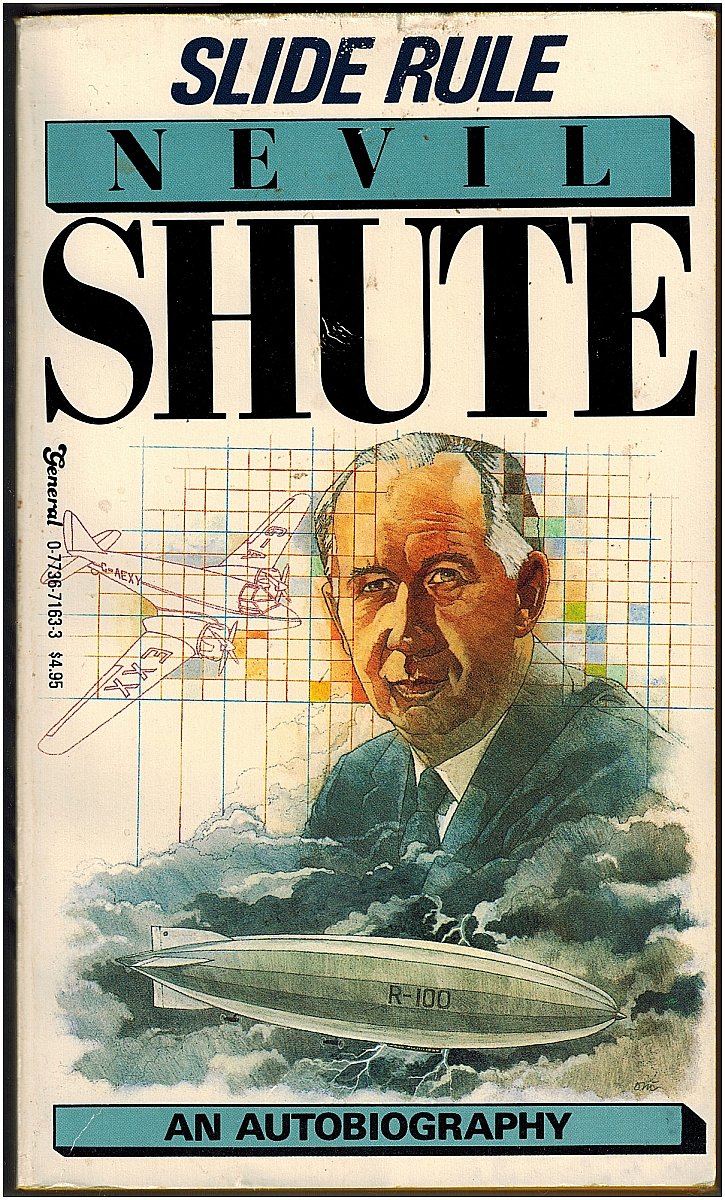 Slide Rule is another book concerning engineering and design that was written by a novelist, and is definitely one of the more interesting reads on this list. The author held the job of “Calculator”, meaning he just did a lot of really complex math (this was before calculators were invented). The project he worked on primarily was the design and construction of the British airship R-100, a lighter-than-air dirigible. The R-100, designed by Barnes Wallace, was constructed by the Vickers corporation in England during the twenties.

The book covers the authors work on this airship, the cars he drove at the time, and his own aircraft company he founded during the pre-war period. It is full of information that im certain would have simply been lost if this book was not written. It is extremely interesting, often humorous, and overall a great listen. 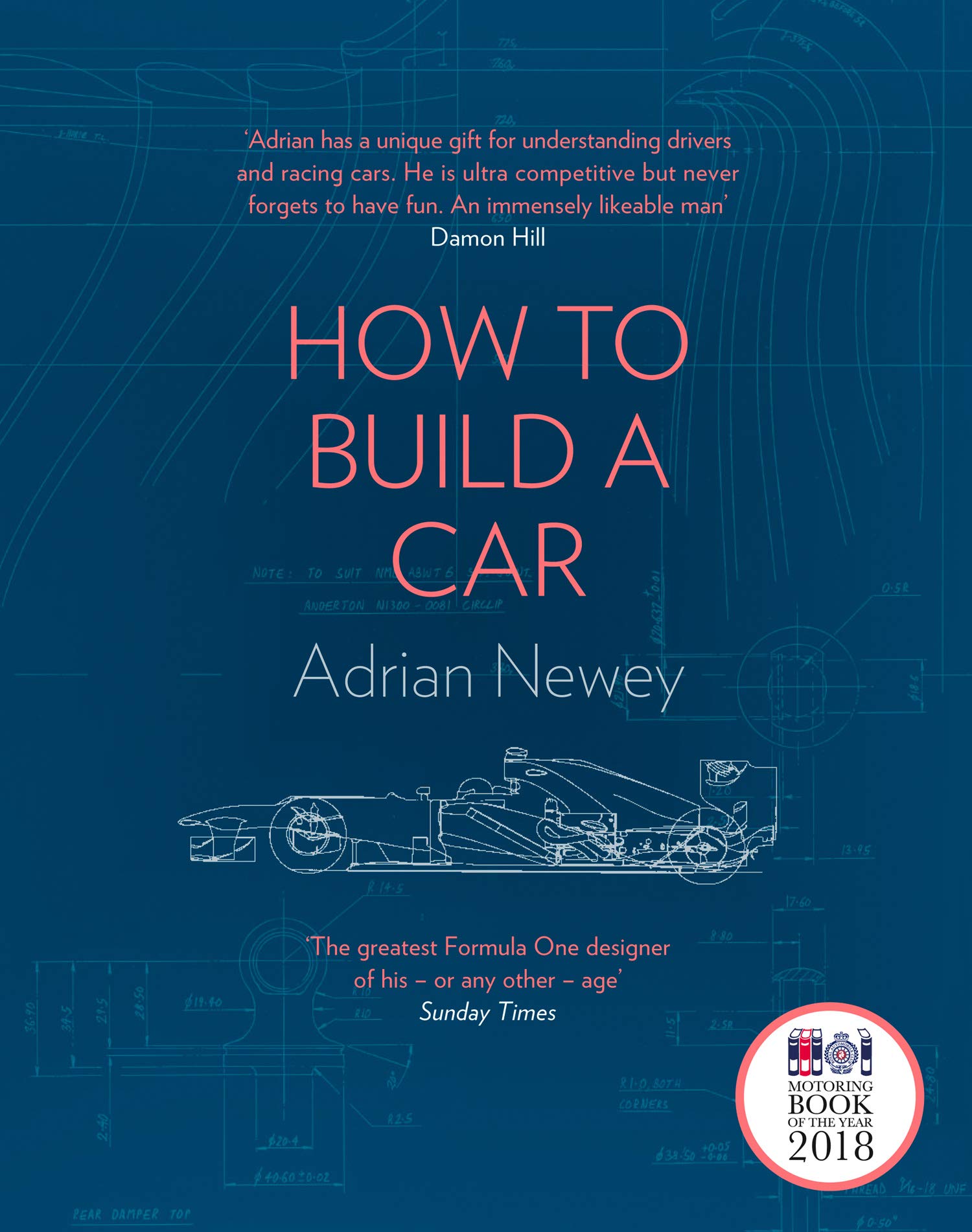 Adrian Newey wrote this book. He is one of the most successful designers of open-wheeled racing cars in recent history (and the Aston Martin Valkyrie). It covers the early days of racing aerodynamics and the author’s schooling and early life (with cameos from Jeremy Clarkson). It also contains a lot of great contemporary information about F1 as a sport. The book does not necessarily go into mind-numbing engineering specifics (thankfully), but it is of course in-depth. It is also very well-written, and all parts of this book tie together to describe Adrian as the very interesting person he is. This book is probably the funniest on this list, and really an absolute must for anyone interested in Formula 1 to read.

Easily my favorite audiobook on this list. The author of this book is Ben Rich, who took over running Lockheed’s Skunkworks from Kelly Johnson. This is a book about the design solutions that shaped the 20th century. It’s a book about aircraft. The U-2, the F-117, the development of stealth technology, and of course, the SR-71 Blackbird. Everything about this book is good, I just wish it was longer. You find yourself impressed and in disbelief, you find yourself laughing, and at least once you’ll find tears welling up in your eyes. The stories told are some of the most interesting I’ve ever heard, and it is very well written. Listen to this fucking book if you haven’t done it yet. I’ve listened to it at least twice.