The Internet can be a crappy, crappy place. But for two members of a Denver-based lowered truck Facebook group, it became much better.

The two met up and exchanged hoods. Now one is all-yellow and the other is all-white as they were when they left the factory. A perfect ending to a short story. It is the closest thing to a fairy tale ending that will come from the Denver Dropped Trucks Facebook group. 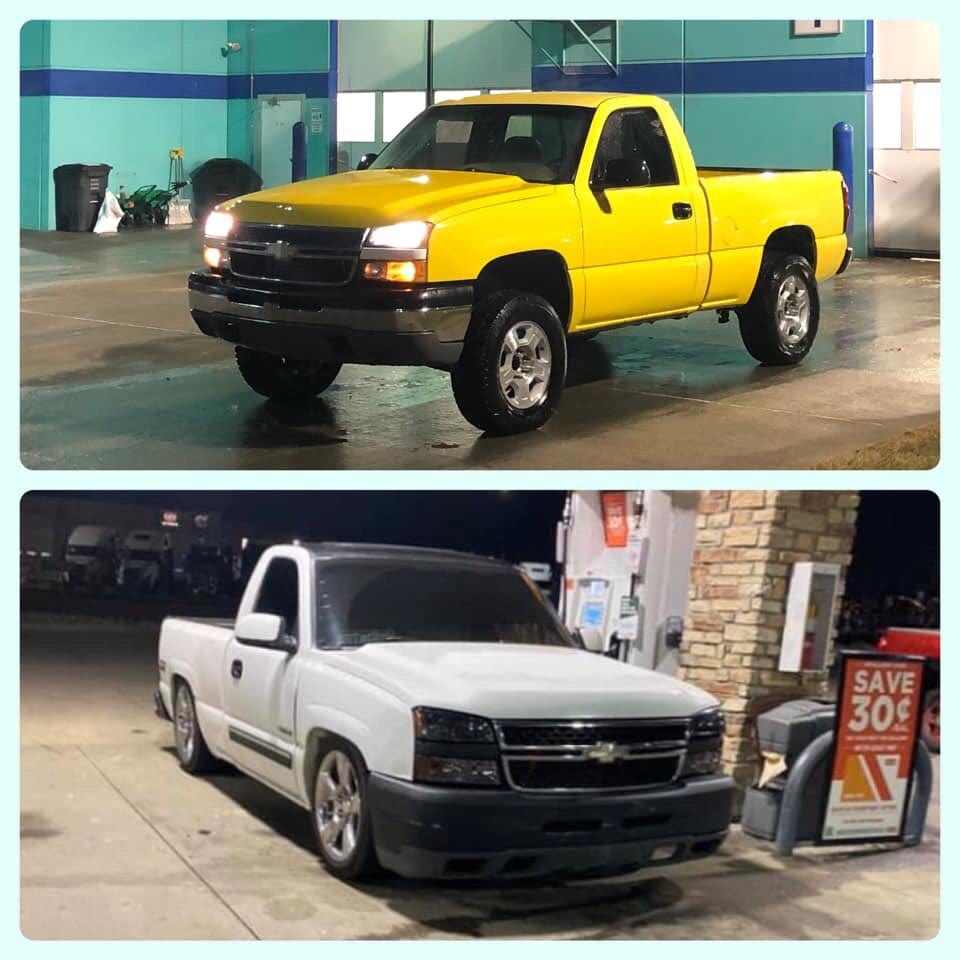 I haven’t traded parts for parts before. However, I have traded beer for used parts. I have also just given away parts that I had no plan of ever using. Generally, that results in me finding immediate use for those parts once I had given them away. Luckily, I hung on to the Land Cruiser’s third-row seats. Kid 4.0 was a bit of a surprise, but keeping those seats have allowed us to have two vehicles that our family of six can all fit into.

Have you traded parts for parts before? What was it?