Rarely does a series ever have so-called ‘blunder years’ after its 22nd season, but that happened to Top Gear after the classic May, Hammond, and Clarkson trio packed up and moved to Amazon. For a few seasons it seemed like Top Gear had lost it’s way. Hosts came and gone, and nothing seemed to be working quite right.

Well, if you haven’t watched it lately, you should. It must be back to its usual self, as they’ve begun racing fighter jets and cars again.

The Top Gear Youtube channel just put out the full length film of the race between the speed-obsessed Mclaren Speedtail and the single most expensive piece of military equipment in human history, the F35B. Although I’m certain you’ve probably heard of both, the F35B is a stealth, VTOL-capable, multi-role fighter that can reach speeds nearing Mach 2. It can cruise supersonic without its afterburners, and right now it costs around $115 million.

The Mclaren, at only $2.25 million, seems cheap in comparison. Its twin-turbocharged, 4.0 liter V8 makes about a thousand horsepower with help from its hybrid system, and it’s styled to disturb as little air as possible. It may seem silly — even with the Mclaren’s 250mph max speed — to try and race a fighter jet, but that’s not the whole story. The jet gets a little betrayed by its speed when it comes time to make a tight turn.

Not the first Jet vs Car Showdown 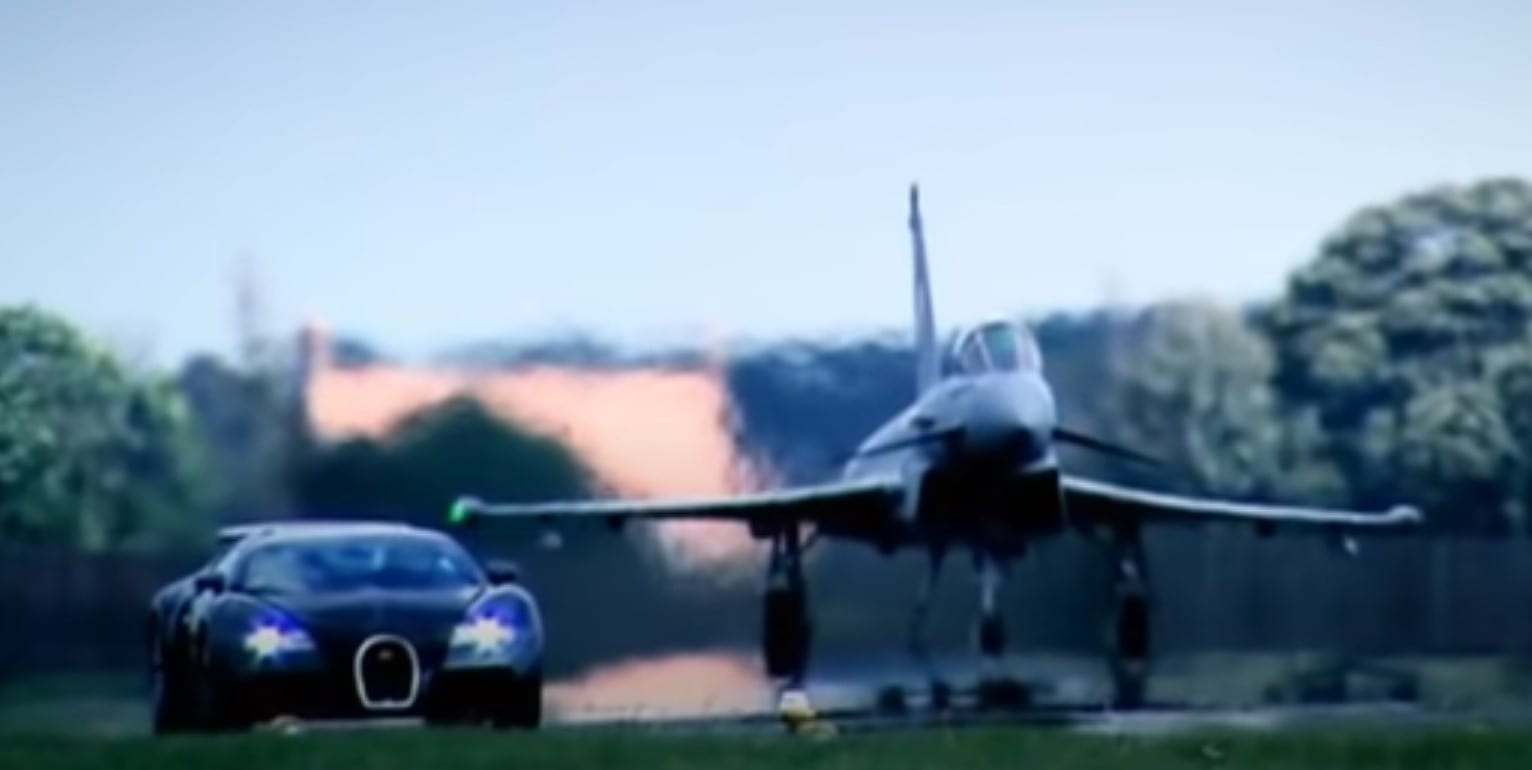 This isn’t the first time Top gear has done this sort of race, either. Back in season ten they raced a Eurofighter vs a Bugatti Veyron. Surprisingly, the Eurofighter is actually more expensive than an F35B. That makes this latest race less financially risky. I knew these new guys were cutting corners.

As with the first race versus a jet, the winner here is pretty irrelevant. A race between a thousand-horsepower supercar and a fighter jet is just impressive. You can barely hear anything above the noise of the F35’s ferocious after-burning jet. If I was that Mclaren Speedtail, I would be a little humbled by the whole experience.