To: Car Salespeople; From: a Serial Car Buyer

This is an open letter to car salespeople, general managers, sales managers, basically whoever works in a dealership. You can do better, especially now. Pre-COVID, the car buying process was cumbersome and incredibly time-consuming. I thought one of the few benefits of the pandemic would be a change in the way dealerships do business. Having just traded in a car a week ago, and kicking off the process of potentially buying another one, I’ve been consumed in the frustrating process of COVID-era car shopping. Here’s what I’ve learned. 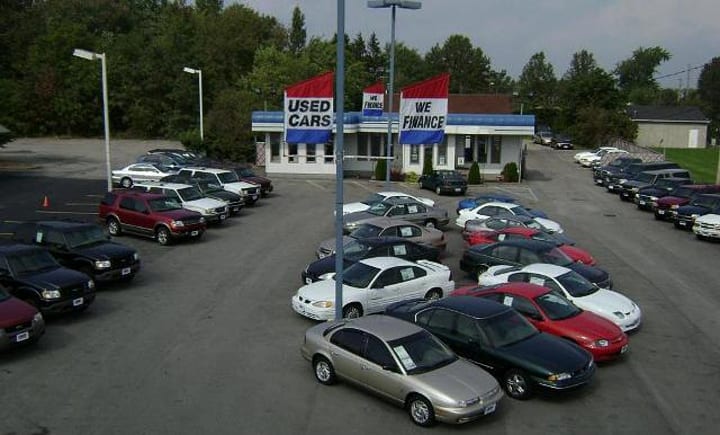 Well, first, I’m not sure what constitutes a “serial buyer”, but my car buying bonafides are as follows. In the 28 years I have been driving, I have been a party to at least 32 vehicle purchases. I can share the list in the comments if anyone cares. Now I’m sure some people will go “oh I know a guy who’s had way more” and others will go “dude, WTF, you’ve got a problem”. But averaging 1.14 automotive purchases per year means I’ve seen some stuff, both good and bad, about the car buying process. Here goes.

(Update!) Please Have the Damn Car in Stock…

Seriously, I didn’t expect to have to update this within days of writing it, but here I am. I literally just spent the better part of two hours in the car going to look at two different vehicles. Both dealerships called me this morning to let me know that they were in stock and I was invited to come look at them today.

I really didn’t expect to need to add this section, but this was pretty ridiculous.

This one shocked me, to be honest. Car dealers are still trying to get you to sit in a chair, in a cube, or amongst dozens of other people at a dealership, to discuss “the deal”. This bugged me pre-COVID, now it’s just dangerous. If a salesperson won’t discuss price, trade-in value, etc. over email or text, I’m out. My best car buying experiences have all been largely virtual. I enjoy the haggling and “getting a deal” aspect of car buying, I hate sitting in a dealership for four hours to do it.

Back in 2007, I traded a 2007 Focus and a 2004 350Z in for a new Infiniti G35S Sedan and did it all via email. Literally all of it. The salesperson noted that they would need to confirm the condition of my trades, but he gave me what I wanted for each. Same with the new Infiniti, after some back and forth, we agreed on an out-the-door financed amount after trade-balances were paid. I showed up in one trade, a stack of papers was sitting on a desk. I signed them, and a dealership employee rode back home with me to collect the 2nd car. Still one of the best car-buying experiences of my life, and it was 13 years ago!

My most recent buying experience was quite good as well, but the shopping experience sucked. Most of the dealers wanted me to “come on in, take a test drive, and discuss the deal”. I have to imagine part of the reason that part of why my actual purchase experience was so good was because it was from a dealership that was three hours away. They pretty much had the car ready and papers printed when I got there. I get why Carvana and Vroom and other all-virtual car-buying apps are becoming popular, dealerships had better adapt quickly or it’s not going to go well.

Are car salespeople the only people that still insist on using the phone for actual calls? I never liked talking on the phone, unless it was a girl I was trying to get with back in the day. For each Cars.com, Car Gurus, etc. submission, I will literally get:

I get it, you guys need to sell cars, but when I don’t answer the first couple of times, I’m not going to answer. Some places will let you annotate your preferred method of communication, and then they promptly ignore it. Stop calling me.

Just like when you are trying to “get with” that boy or girl, you can’t get too aggressive too fast or you’ll scare them off. I’ve literally had salespeople ask when I’m going to “come in and close the deal” or “sign the papers”. This isn’t Boiler Room, you’re not selling stocks, I understand that you’ve been trained to close, but dial it back. Like with the “get virtual” section, follow the lead of the buyer, if they seem to want to talk it through on text or email, let them. Low pressure always plays better with most buyers. Put on some smooth jazz and just let it happen naturally.

I’m not sure why this article has an overall dating tone to it, but it’s not that different. If someone makes you feel like a number, you’re going to be less interested. I literally got an email yesterday that came from “Dealership Name -LEADS”. Another had “LEADS” in big letters in the subject line. I get it, I’m a lead, but don’t make me feel like one. I’ve noticed that dealership Customer Relationship Management (CRM) software and apps are usually to blame. Salespeople are typically making the best of crappy software.

I had one salesperson say that she couldn’t send me pictures of the vehicle (which was just listed and did not have photos online yet) via the text string we were on, but that she could text me from her personal phone with photos. Good adaptation I suppose, but not exactly convenient for the buyer. The same dealership can’t seem to reply-all, when my wife touched base discussing a specific vehicle that we had looked at, they would only reply to her. When she asked them to include me, I got a separate email without her on it. Likely a limitation of their CRM tool, but it was really annoying.

My favorite example, the same dealer, was the text that I got “Hi William, this is [name] from [dealer]. Do you know about [wife’s name]?”. That actually happened. Last night. I assume she was confirming that we were both looking at the same vehicle. I replied, “we’ve met”.

Come on folks, we can do better.

This is more my wife’s pet peeve than mine, although it still makes my list. Clean up the car, please! We looked at a vehicle yesterday that literally still had dog hair on the back seat. It has been listed for well over a week, so there is no excuse that it “just came in on trade”. Also, the shift knob wasn’t actually attached, it was just placed over the stick and spun freely, and the gas cap wouldn’t stay closed. The vehicle also had no carpeting, which isn’t particularly uncommon in that type of vehicle (giving it a way a little there) but it was not clear in the photos, and after a 50 minute drive each way to see it, we were annoyed.

In summary, I know a lot of salespeople are doing their best. In DC many even have English as a second language, and their grasp of it is way better than my grasp of their native language. Add in COVID and technology challenges, and I’m not saying they aren’t trying. But some of the same systemic issues have plagued dealership buying experiences for decades and no one seems to be trying to change that. But Carvana, and sites like it, are only going to increase. Brick and mortar dealerships are in an “adapt or die” phase.

Some of these changes are easy, take your time, utilize virtual communication on all aspects of “the deal”, and stop trying to close quick.