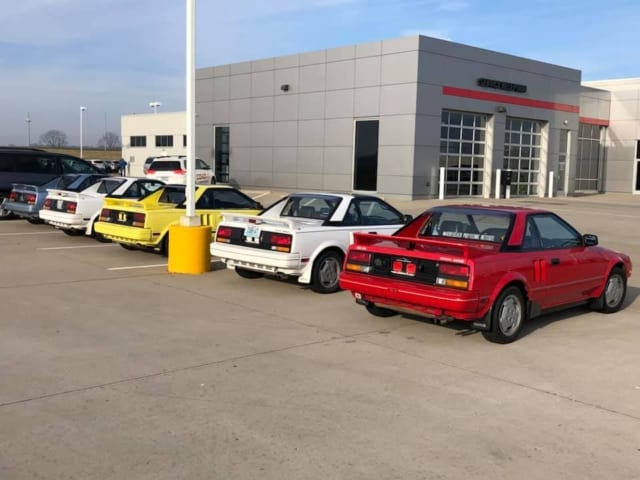 Owning more than one example of a given car model shows that you’re a devoted fan of that vehicle. Owning five is a sign that you’re obsessed. For one retired college professor in Missouri, his vehicular devotion fell on the first-generation Toyota MR2 AW11. In fact, he set out to own one from each year of AW11 production and he did just that. From 1985 through 1989, there’s a version for everyone.

According to Japanese Nostalgic Car, these cars were just received on trade in at the COAD Toyota dealership in Cape Girardeau, Missouri. Each is reportedly in great shape and only the 1985 yellow one has been modified. The rest are bone stock and, in fact, have already been sold off by the dealership.

Why trade in this collection of cars now? The original owner felt it was getting to be too much trouble to maintain this handful of aging machines. So he swapped them all for a 2016 Mazda Miata with 10,000 miles on its odometer.

Head over to Japanese Nostalgic Car to see more photos of this multiple MR2 trade in.