It was only a matter of time before a new Raptor arrived. Ford revamped the F-150 for 2021 and now there’s a fresh dune smasher following not far behind. This is the reworked, updated, 3rd-generation Ford Raptor. And the automaker calls it the most off-road capable and connected F-150 Raptor ever. Which makes sense, since it builds on the bones of the latest F-150 while also focusing on what it does best; blasting across the desert insanely quickly.

The Raptor gets updated exterior bits, a reworked cabin, and some fresh tech under the skin. On the outside, you’ll find a heat extractor atop the hood and functional vents sitting atop the front fenders. Under the nose, the skid plate has been widened and also covers more area towards the front of the truck. Raptor buyers can opt for a set of Rigid lights in the front bumper while the taillights get a darkened treatment compared to the standard F-150.

Inside, the Raptor gets the latest interior work found throughout the new F-150 family. Behind the steering wheel sits the 12″ digital gauge cluster, which here gets Raptor-specific graphics. Turn slightly to the right and you’ll find a 12″ screen central in the dash. This is customizable and can run in a split-screen mode. It also shows footage from the available 360-degree camera system, which is useful when you’re running this beautiful pig on tighter trails. 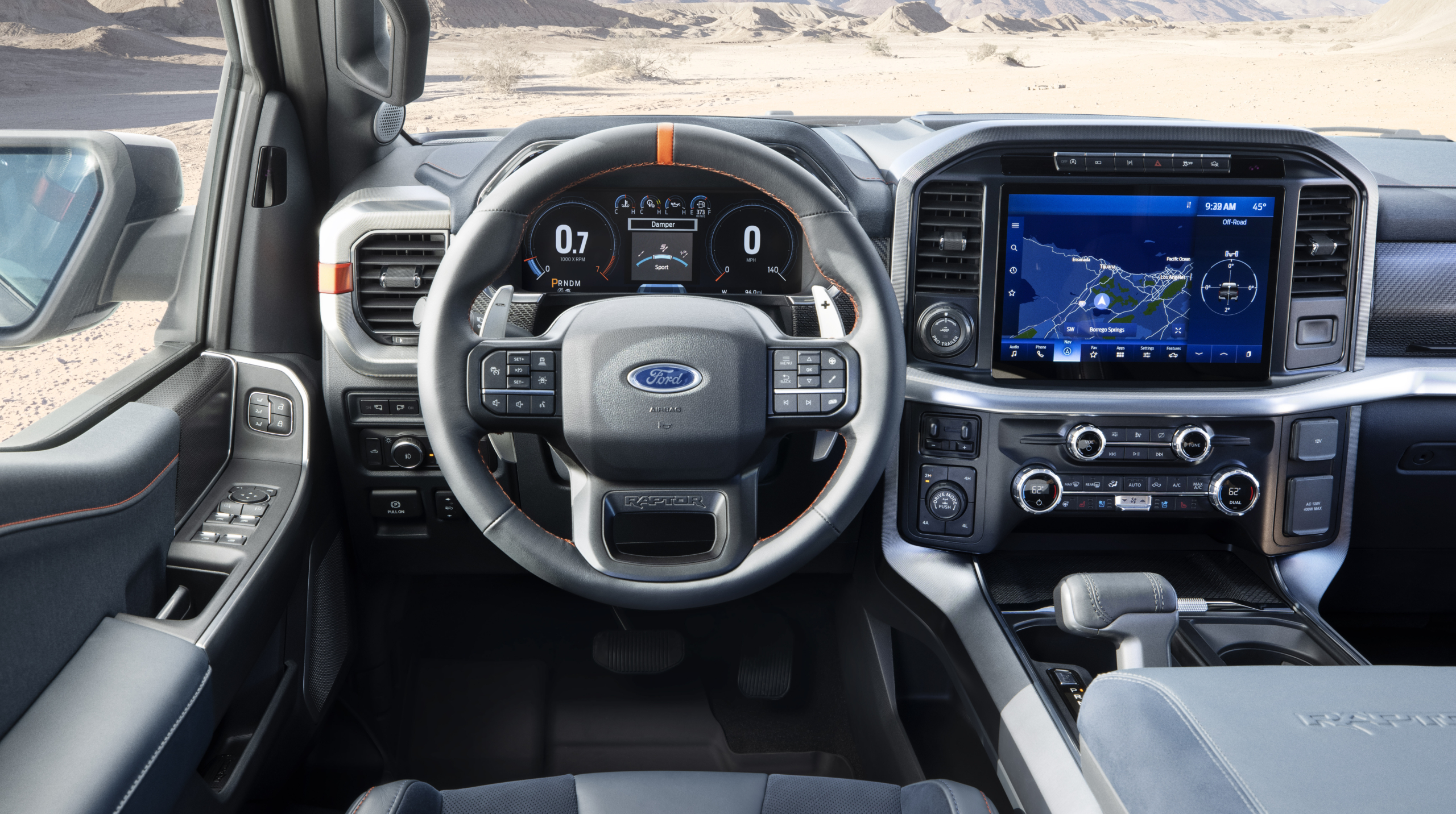 Since this is a new F-150, it also gets Ford’s Pro Power system. There’s 2-kW worth of juice to be used with camping lights, tools, hat brim flattener machines, and energy drink refrigerators.

Ford is using the latest Fox Racing shocks technology. This is Live Valve and it’s the smartest setup out there. Ford says the shocks are scanning and adjusting damping up to 500 times per second. That means they react to the terrain before you even realize you’ve driven over something. Out back, the five-link setup gets longer trailing arms than a standard F-150. It also gets longer springs and a Panhard rod to keep the axle in check.

Assisting in the damping are the beefy tires at all four corners. Ford has once again gone with the BFGoodrich KO2 tire and offers it as a 35″ roller on 17″ wheels. Crazier this time around, however, is the fact that Ford will offer an optional 37″ KO2. That’s a massive set of tires available right from the factory. On the 35s, the Raptor has a 12″ ground clearance, 31-degree approach angle, 23.9-degree departure angle, and 22.7-degree breakover angle. Jump to the 37s, and the ground clearance is 13.1″ while the approach is 33.1 degrees, departure is 24.9 degrees, and breakover climbs to 24.4 degrees. The wheel travel is 14″ and rear travel is 15 inches with the 35″ tires.

Despite pressure from Ram and its insane-o 702 horsepower-having TRX, Ford is sticking with the 3.5-liter twin-turbocharged EcoBoost engine here. The Blue Oval is mum on specs at the moment, but it shouldn’t diverge much from the 450 horsepower and 510 lb-ft of torque which we’re used to from this mill. If it does, that’s great! And if that’s still not enough for you… just wait. Ford says a Raptor R is coming next year. Guess what that’s likely to have under the hood. If you said supercharged V8, you’re most likely right here. In fact, some are speculating that the GT500 engine could find work under the Raptor nose. That would absolutely bring the heat to the TRX’s V8 party.

Still, with the still great EcoBoost in there and a standard 36-gallon fuel tank, the Raptor has an estimated driving range of 500 miles. I would be shocked to see people hit that range estimate, but it’s nice to know it’s maybe possible.

Ford only appears to be offering the Raptor in the SuperCrew bodystyle. That’s fine, honestly, because it’s the best one since you never see single-cab Raptors. And the half-door version was lame and annoying. Regardless, this 2021 Raptor is starting to be assembled in Dearborn so that it arrives in dealer showrooms by this summer. When we hear actual power figures, we will update this post… and when we hear more about the Raptor R, you can bet we will be excited to talk about that one. 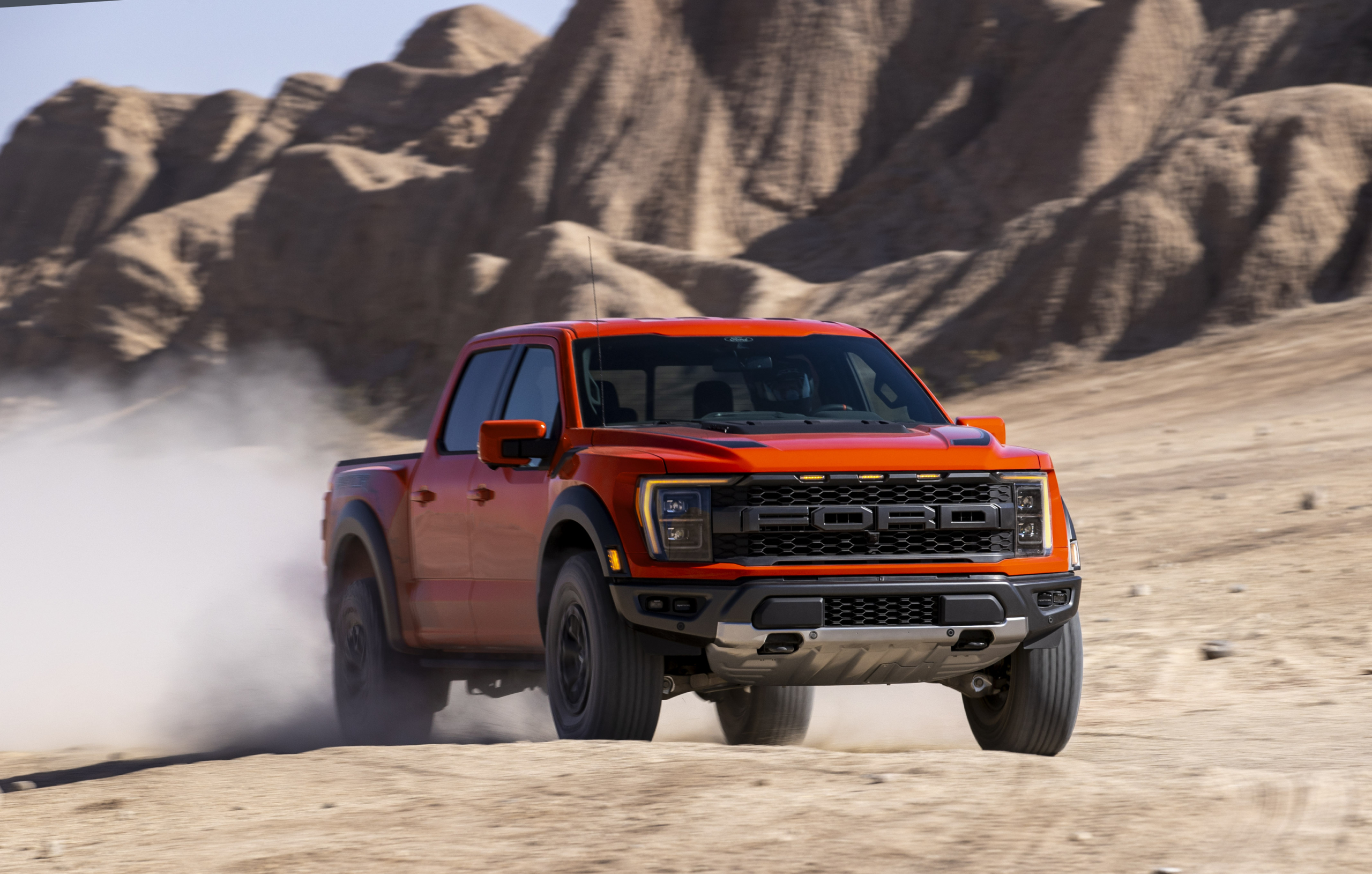 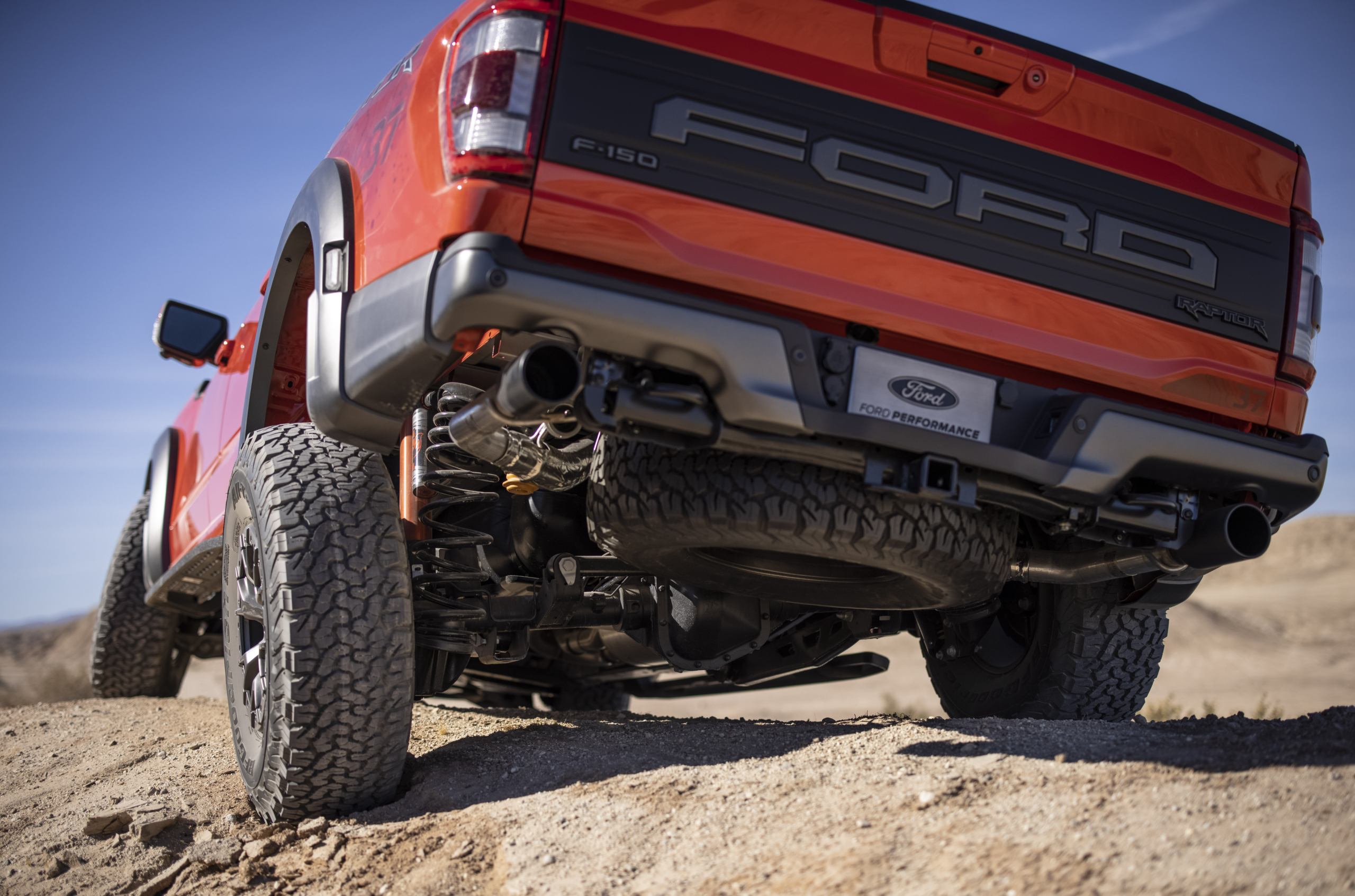 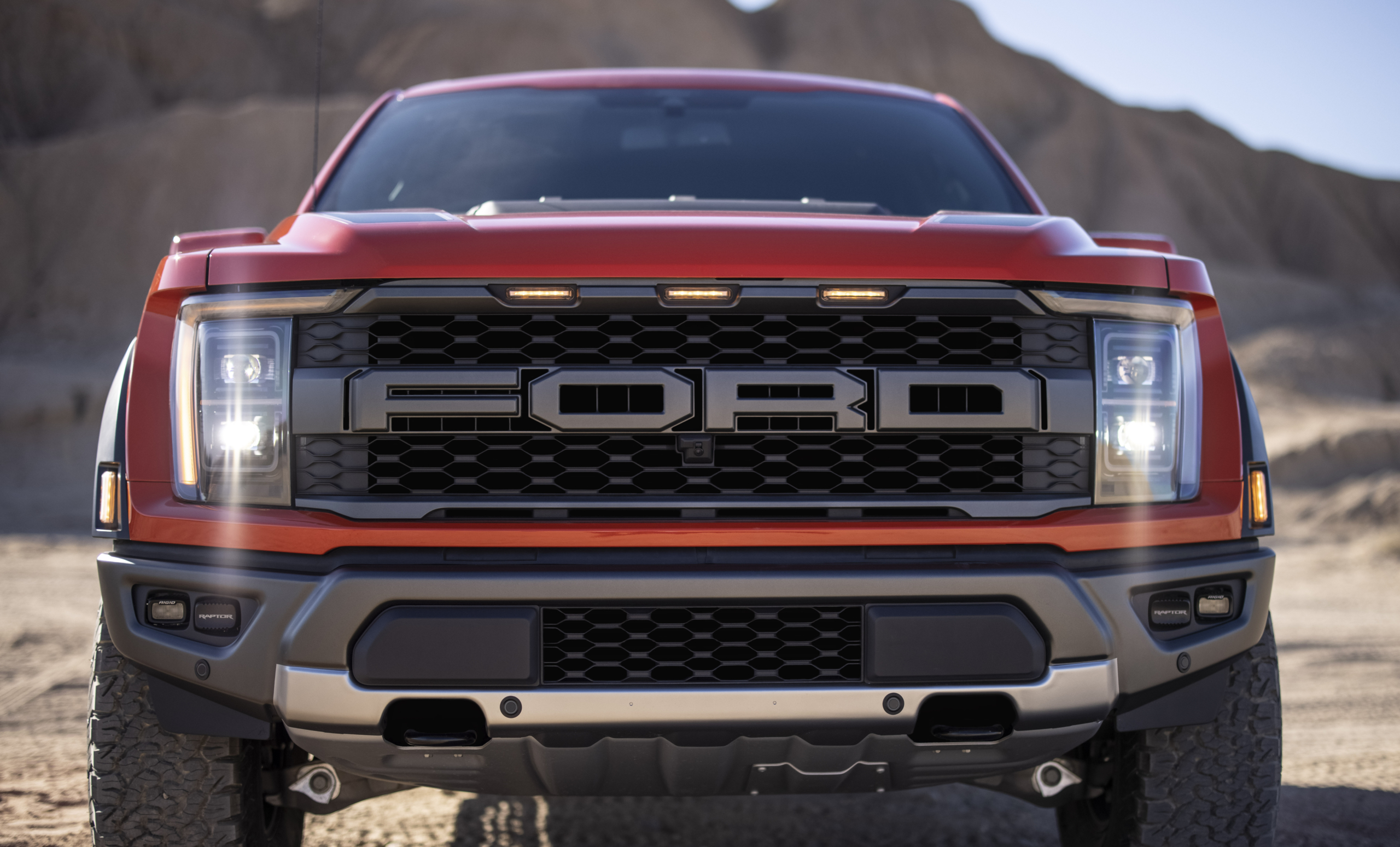