Many automakers make crate engines. Those engines are sold to be used as replacements, upgrades, or as race engines. And then there is Replica Motorsport, a company that also makes crate engines. Sort of.

Replica Motorsport makes scales engines out of Lego. No, they do not run. No, they don’t even have moving internals like some Technic kits. But they do look really cool! They even come…. in a crate! 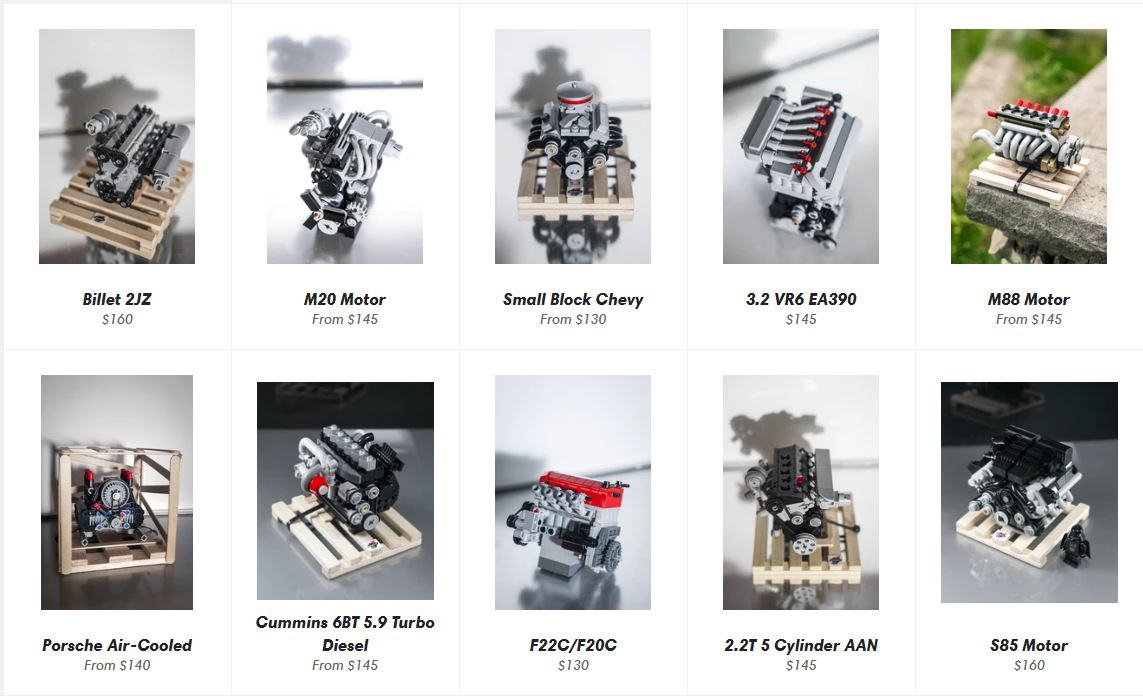 The engine choices vary widely but are generally limited to ones that have a cult following of some kind. Which has me wondering if I could drop the Porsche engine into my VW bus.

Lifetime of playing with LEGO and this might be the first set I throw in the fire… pic.twitter.com/aMuKaZtilI

Prices for these crate engines are in line with typical crate engine prices, which is to say high. But wouldn’t it be great to create crazy custom hybrid setups between those engines and these cars?