Insanity is the right word here. I’m using it to describe the latest record run in a car driving from coast to coast. The better term for this type of drive is Cannonball, and a team out there just blitzed the old record set back in 2013. That previous record run was achieved by Ed Bolian and crew, when they went across this country in just 28 hours and 50 minutes. The new time? A mind boggling 27 hours and 25 minutes.

To achieve this time, the team of drivers Arne Toman and Doug Tabutt (along with spotter Berkeley Chadwick) drove like hell in a heavily modified Mercedes-Benz E63 sedan. They left the Redball Garage in New York City at 12:57 AM on November 10th. A bit over a day later, and the trio were enjoying the oceanside breeze of Redondo Beach’s Portofino Inn. And to get there, the team averaged 103 mph. That’s the total average speed, mind you. The total average moving speed was 104. Fuel stops accounted for just 22 minutes of the trip thanks, in part, to a massive fuel cell mounted in the trunk.

There were teams of spotters along the way. The car was fitted with a ton of high-tech gear as well, including a roof-mounted thermal camera on a gimbal. This was a serious attempt and it shows. It’s also highly illegal. Stupidly dangerous. And we have to say that none of you out there should ever try something this reckless. 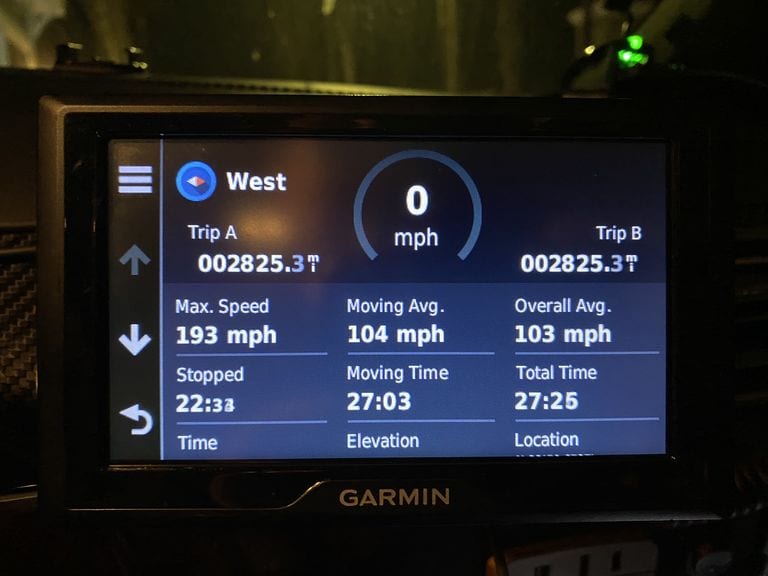 With that said… this was one hell of a run, no?

Head to Road & Track to read much more about it.