Something occurred to me while I was catching up season 25 Top Gear UK season on DVR. The latest iteration of Top Gear is really good! Was it late? Extremely. Was I drunk? Quite. But the episode where Chris, Freddie, and Paddy are confined to a sedan for the entire episode was quite entertaining, with a good mix of humor and information about their cars. Sure, it was more the former than the latter, but that’s how it’s always been. It spurred me to write up a quick “State of Top Gear Address”. Whatever that means, it sounded official.

I won’t labor on about the history of Top Gear before sandwich-punching-gate. All good car enthusiasts know the tale of Clarkson, Hammond, and May. I recall watching episode after episode, all downloaded from FinalGear, and thinking “this will go on forever!”. However, like all dynasties and empires, it came to an end. An abrupt, “what what” type of end that I recall hitting me pretty hard at first. However, the boys live on in the afterlife of Amazon, and I’m here to talk about what happened next.

Four years ago I outlandishly claimed that the latest version of the rebooted Chris Evans era Top Gear UK (series 23) was “good“. That was probably counterpoint journalism, in which you say the opposite of what others are saying to get some clicks. At the time, virtually every outlet said it sucked (hard) so I made the claim that it didn’t. I was likely drunk, but if you dig back through the cast, everyone save for Evans, it was quite good. In fact, once they promoted Reid and Harris to side-saddle with LeBlanc for series 24, it got pretty good. And I never agree with Kaluski. But then Joey announced that he was leaving, and when I saw that Harris was staying, I was pleased. I assumed it would be Harris, Reid, and maybe Sabine.

When I saw that two complete unknowns (at least in the U.S. market) were joining him who were not really connected to “motoring”, I was incredibly skeptical.

Patrick Joseph McGuinness is an English comedian, actor, and TV presenter. Better known as Paddy McGuinness, which sounds like a fake Irish name someone might name a bar in the States, he actually hails from Farnworth, Lancashire in England. In contrast to previous presenters, I’ll admit I need the subtitles they toss up there for him occasionally.

Andrew “Freddie” Flintoff is best known as a former international cricketer. The handsome 6’4″ Flintoff is pretty new to TV, having won the Australian version of I’m a Celebrity…Get Me Out of Here! and acting as co-host for Australian Ninja Warrior. I definitely need subtitles for Freddie, who hails from Preston, Lancashire, England. I can’t tell what the hell he’s saying half the time, it’s like watching the movie Snatch.

Chris Harris needs no introduction to the Hooniverse. The well-spoken journalist began with Autocar where he was “cleaning ashtrays” as an entry-level job, which is coincidentally the same job I had when I started here at Hooniverse. While most presenters are good drivers, Harris is next level, having won real racing events in a variety of different cars.

So, all that to say, it’s 2/3 new for the last couple of seasons. And it works. These 3-person car persona series shows are all about chemistry. The level of genuine laughter these three exhibit is fantastic. Combine that with Harris’ exceptional ability to drive while nicely enunciating facts about the car and the usual Top Gear production value, and it’s definitely worth a watch.

This one is a bit more complicated, but still important for a few reasons. I have an odd history with Top Gear USA. Randomly, I was in Los Angeles on July 26, 2008 and scored a ticket to the filming of the never-seen NBC pilot with Adam Corolla, Tanner Foust, and Eric Stromer. As I noted in the linked article, Corolla and Foust were known personalities at that time, while Stromer was known as the carpenter on HGTV-type home improvement shows. I won’t retell the story, but it remains one of the coolest car-related things I’ve ever been a part of. I literally stood to Adam’s right, and barely one step back as he introduced the Stig for the first time. I had high hopes for the series, but as it’s been described, NBC execs (I picture the guys from the Seinfeld pitch sessions) canceled it before it aired because the Knight Rider reboot sucked. Seriously?

Quick factoid, in 2005, Discovery Channel made another unseen pilot for an American version of the show featuring actor and IHRA driver Bruno Massel, actor John Jenkinson, and actor John Littlefield as the hosts. I did not know that!

Thankfully, the History Channel picked up the ball and ran with it. A different comedian, also named Adam (Ferrara this time) joined driver-ringer Foust along with Rutledge Wood. Wood was known as a NASCAR announcer (which is why I hadn’t heard of him) and I immediately thought “I really like this guy”. He’s the flannel-wearing everyman who likes weird cars and just seems nice. Turns out, he is. I was at the Toyota Camry launch in Detroit a few years ago and he was standing behind me. Super nice, I have been a bigger fan since. 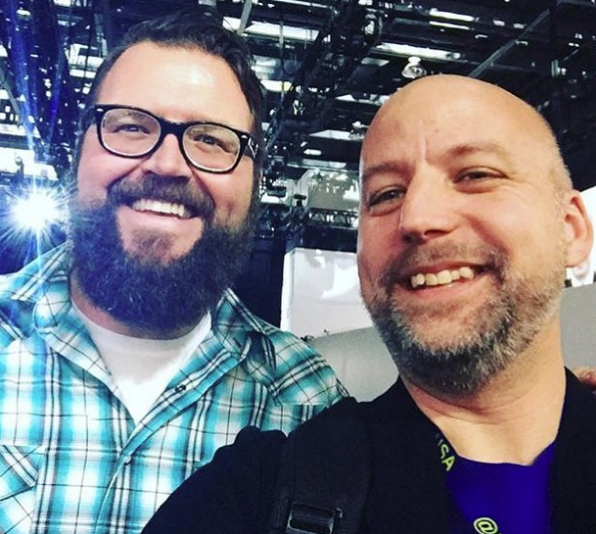 The History Channel kicked off Top Gear USA on November 21, 2010 and ended up running the series for six seasons ending in 2016. I have spent countless hours (minutes..) posting on social media defending this series. So many enthusiasts never gave it a shot, or they quit after the first season. Once they got out of the studio and focused on the challenge of the week, it was fantastic. The chemistry between Adam, Rut, and Tanner was solid from the beginning and got better as it went. For those who never gave this a shot, go back and take a look. It’s currently airing on the FYI channel. 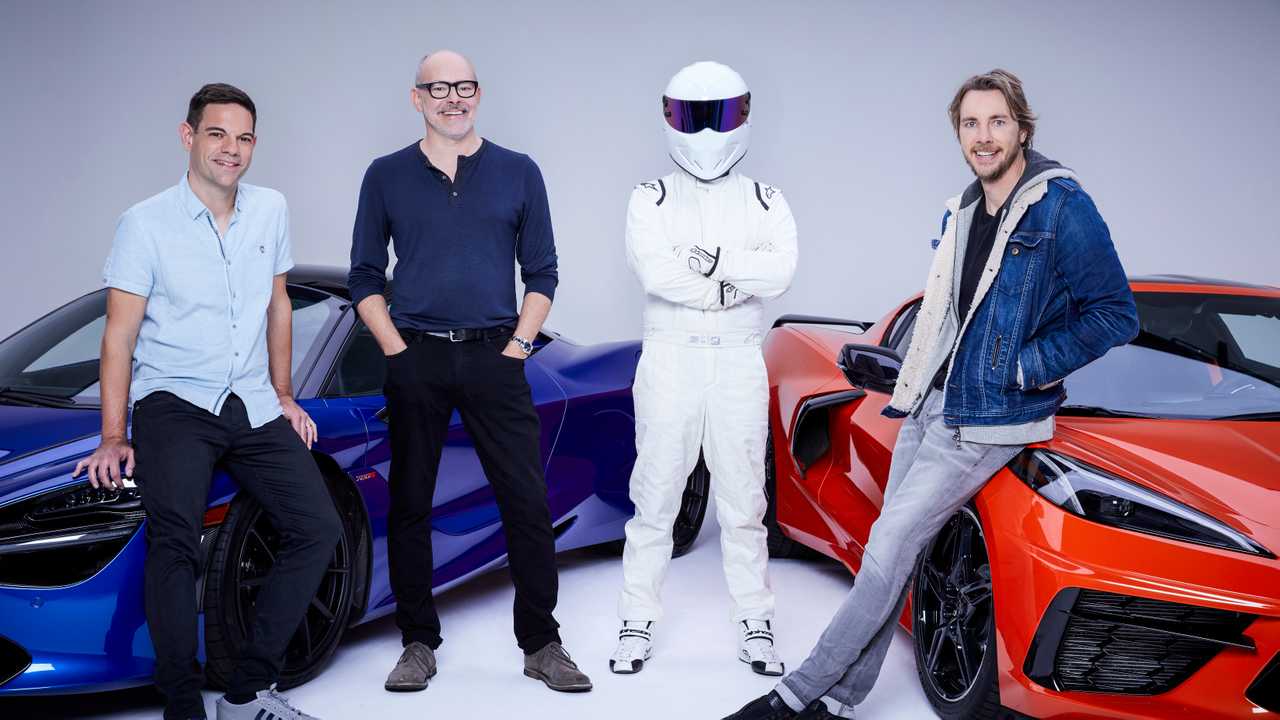 Bovindgon is a motoring journalist from the U.K., known for contributing to Evo magazine, among others. He is likely the fast/sideways driving ringer. Corddry and Shepard are pretty well known to us in the States as successful comedic actors. Personally, I find both of them quite funny, so this will hopefully be a great addition to the Top Gear world.

So what say you Hooniverse, where do things stand in the world of Top Gear? I think it’s pretty good.

[Disclaimer/Editor’s Note: We didn’t ask Mr. Byrd to write this. And I’ve provided no edits editorially to the article. But I (Jeff Glucker) have to declare that I’ve provided writing/consulting for TG America, both the final season of the Adam, Rut, Tanner show and now again on the Dax, Rob, Jethro show.]