Located in a rather northerly part of the world, Poland isn’t exactly a tropical country. It’s so far north that winter days can see less than eight hours of daylight. The daylight makes up for it in the summer, however with the longest day being almost 17 hours long. There are four distinctive seasons but it wasn’t until recently that the summer days have got oppressively hot.

Even in the 80s and 90s, when the climate was different, cooler, as per my own highly unscientific observation, there were still a few hot summer days. In that time the public transit buses, specifically Ikarus and Jelcz buses, did not have air-conditioning. The combination of high temperatures and crowded city buses wasn’t pretty. The buses had sliding windows on the tops of the large side windows and roof pop-up vents. At speed that those worked surprisingly well.

The really hot days called out for more drastic cooling measures. These buses had either three or four bi-fold doors, depending on the length of the bus. Each door had its own open and close buttons on the dash that the driver used. On those hot days, the drivers would simply drive with the front doors open, as seen in the top picture. Yes, there was a risk of someone falling out or getting injured, but no one ever did. In those days people largely took responsibility for themselves and their own actions. 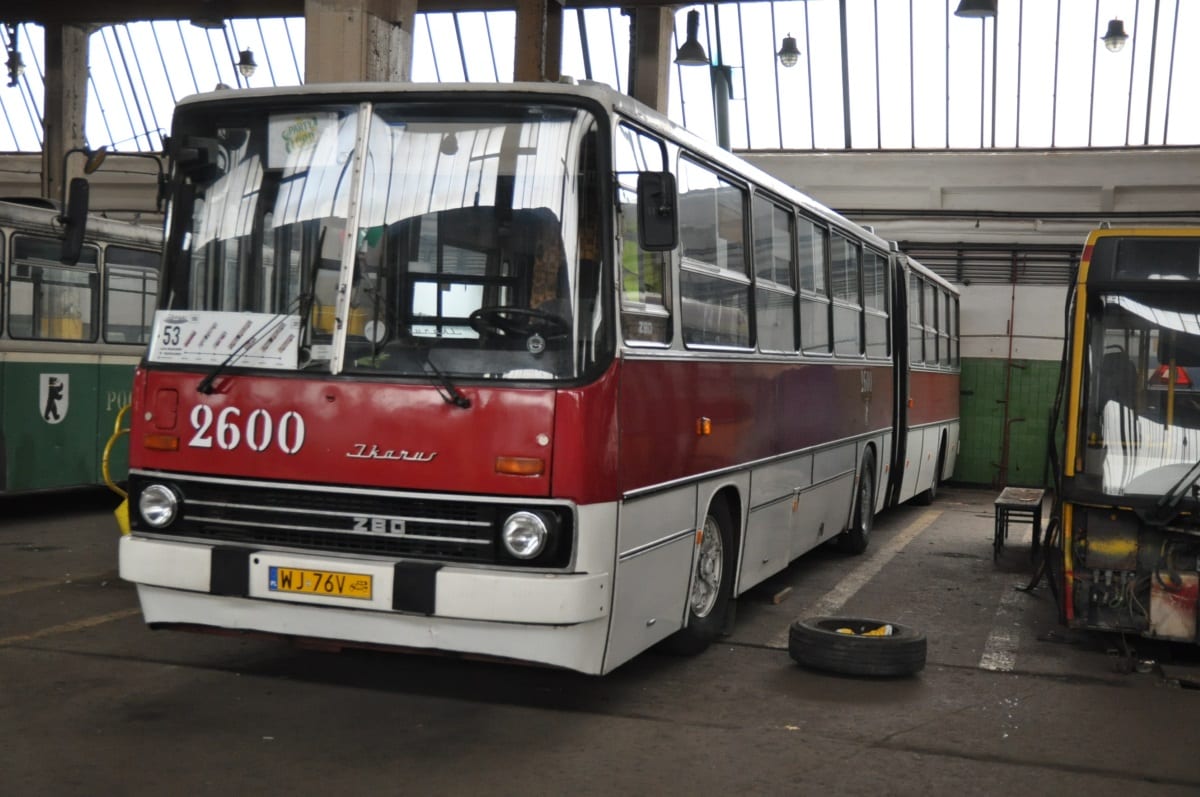 Here are two pictures of Ikarus buses I took when I was in Poland about three years ago. Those are now retired buses held by a group of enthusiasts who work for the Warsaw transit authority, Zarząd Transportu Miejskiego (ZTM). The white and red bus is an earlier version from the late 1980s. The yellow and red bus is from the 1990s. The first Ikarus when into service in 1978 and the last one was retired in 2013. These Hungarian buses have become very iconic in Warsaw due to their length of service and the political climate during which they served. 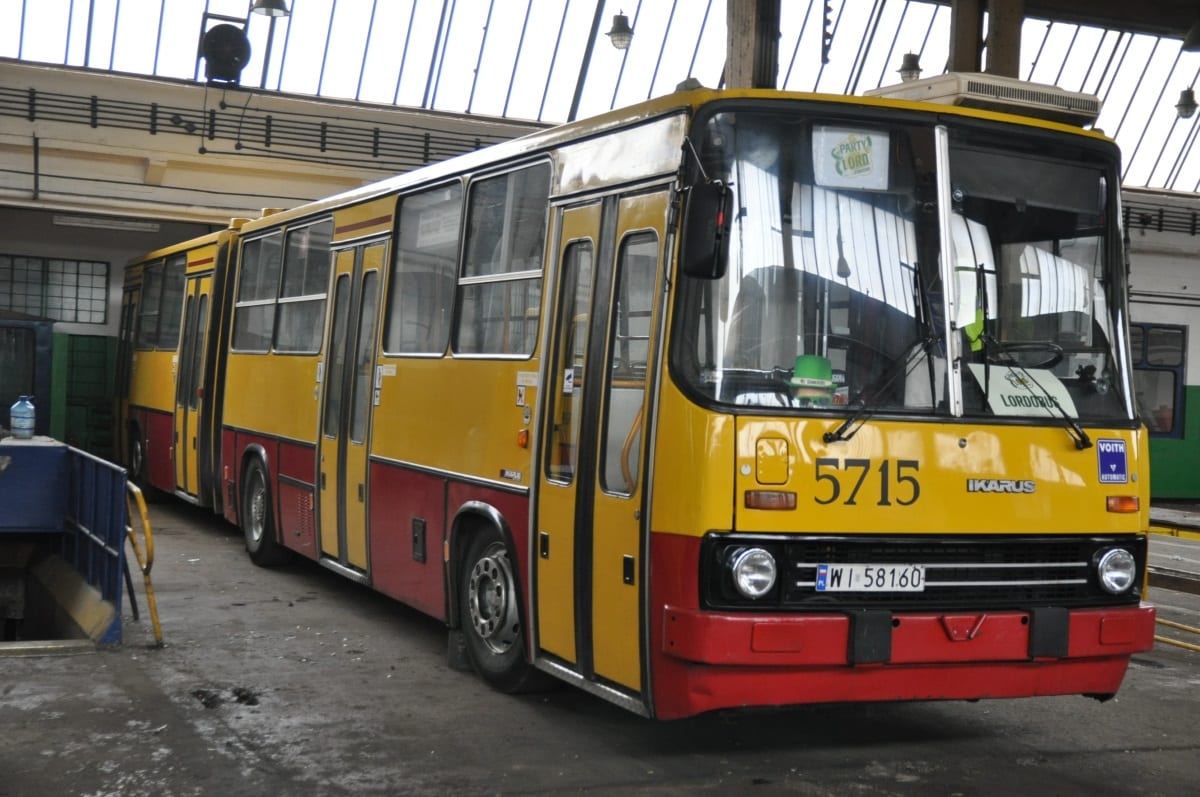 There were also Jelcz buses driving around Warsaw, as seen in the picture below. Those were made in Poland under a license from the French Berliet company. I personally liked them because they seem quieter in operation and the seats were softer. When little boy me was seated next to the window, I liked the view better because either the seats were mounted higher. But their reliability was rather poor.

These were not articulated and came only in one length. The early ones had two doors, which I recall made egress and ingress more difficult. Later on,  after an update, a third door was added. For some reason I don’t recall the drivers of these buses ever driving around with the front door open, perhaps because they seemed to be on faster routes. The vent windows where also much smaller. Along with the third doors, the later Jelczes got Ikarus-style windows. 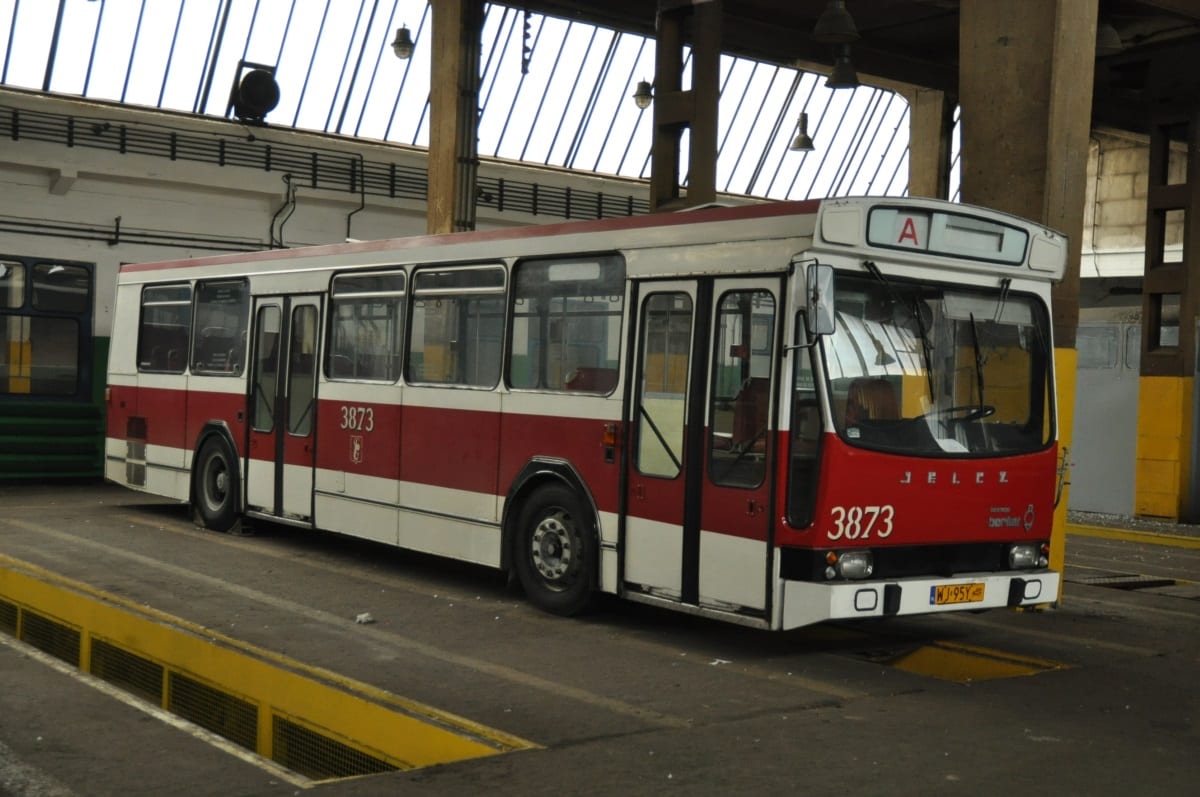 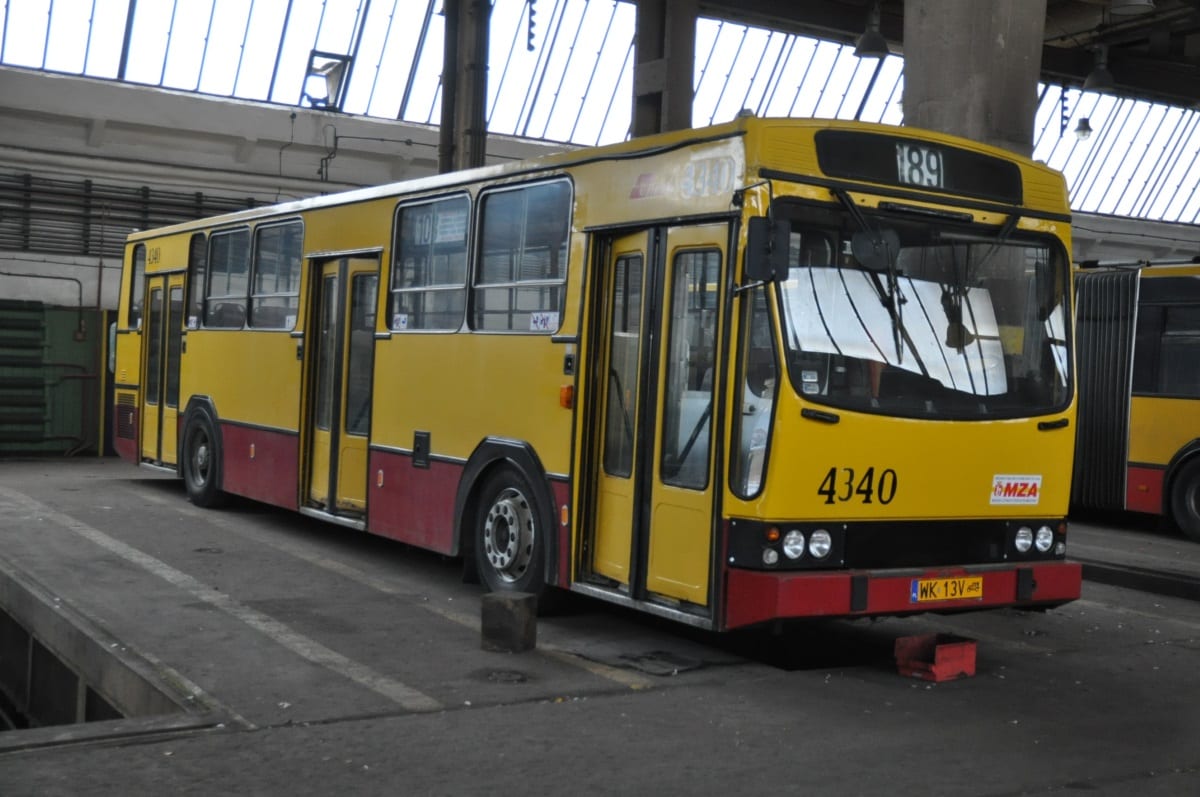 Modern Warsaw bus fleet consists of a mix of Mercedes, MAN, and Polish-build Solaris buses. They all kind of look the same, sleek and modern. And they all have air-conditioning. But given the choice, any self-respecting Warsawian wouldn’t hesitate to jump into an Ikarus instead, front doors open and all.