Welcome to the Hooniverse News! As always, this is a weekly recap of the biggest stories in the automotive industry without the fluff or bull. This week: Jeep is bringing back the Grand Wagoneer next year, Mercedes-Benz unveils new S Class, Hyundai teases a breathtaking new Tucson, Aston Martin builds a one-off road-legal sister to the Vulcan, Gordon Murray Automotive is working on a track-only T.50, and your news for the week.

As promised, Jeep revealed a new Grand Wagoneer this week for the first time since 1993 when it was just a trim level. The 4×4 luxury SUV that was once the king of the Jeep lineup in from the 60s to the early 90s is back in a big – or shall I say grand – way. Though it’s just a concept as we see it now, Jeep has plans for production beginning next year and it should be close to this. It’ll live up to the Grand Wagoneer name with premium features inside and out with off road capability to back it up. And it’s not even the only one – there will be a whole portfolio of Wagoneers that will be an extension of the Jeep brand. It’s unclear how many Wagoneer-branded Jeeps we’ll see, but this Grand Wagoneer will set the tone for all of them. 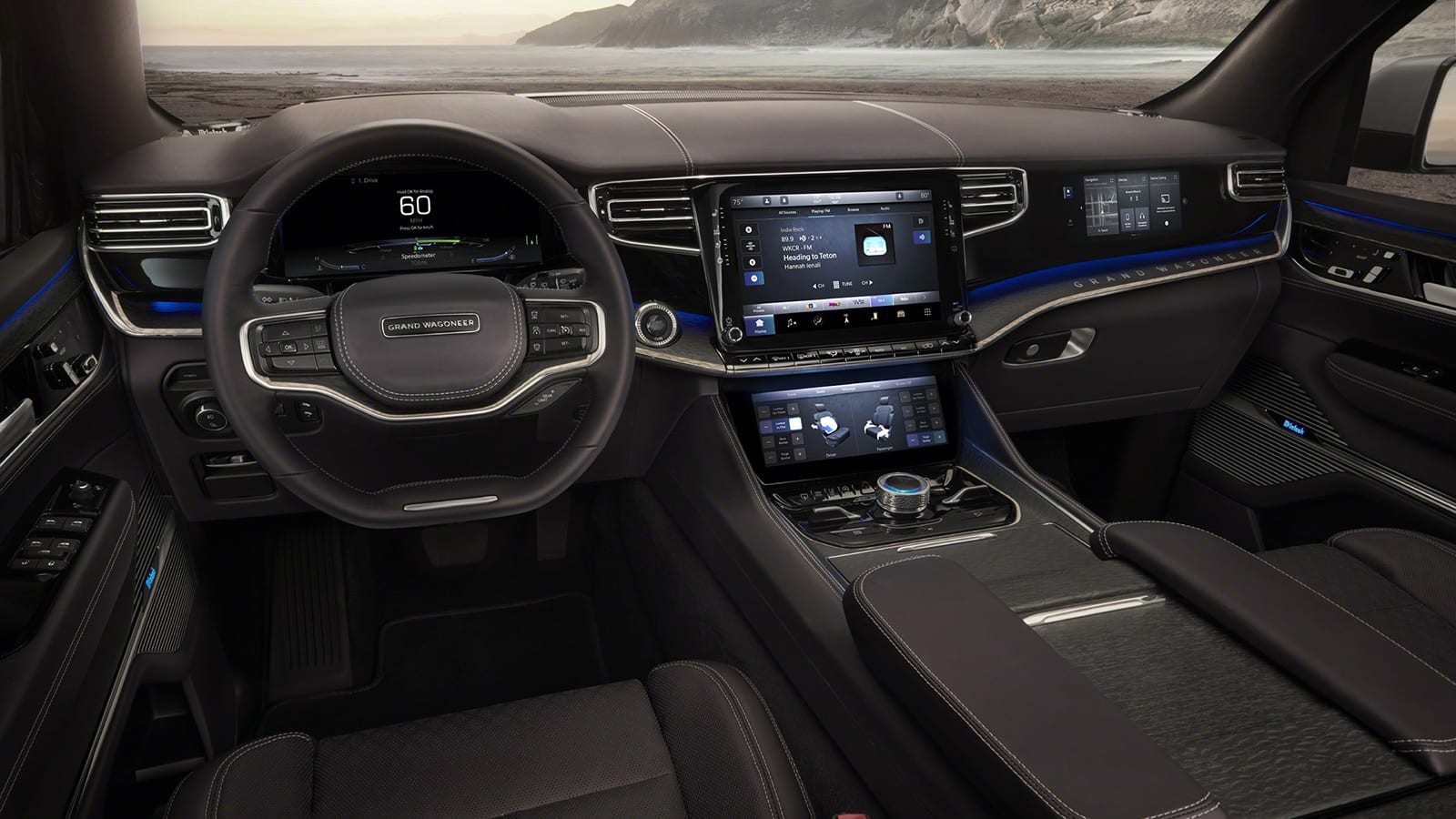 Described as modern and authentic, the “ultra premium” exterior is highlighted by Obsidian Black accents, an intricate seven-slotted grille, and stunning full LED lighting that integrates into the grille as well. It manages to look much different from the rest of the lineup while also being instantly recognizable as a Jeep. The interior though looks nothing like a Jeep. The dashboard squeezes in a massive 45 inches of total screen real estate while second-row passengers each get their own 10.1-inch entertainment touch screen along with a shared “comfort control” display screen housed between the captain’s chairs. The third row will just have to use their phones. FCA’s all-new Uconnect 5 system powers it all. And of course, a metric shit load of leather and premium cabin trim is found throughout the interior.

Not a lot has been said about the powertrains yet besides that it’s a “no compromise” plug-in hybrid system. No word on what the engine or the range is, but rest assured it’ll remain 4×4. Given that a whole line of Wagoneers is expected, we may be seeing more concepts or near production-ready vehicles in the coming months. 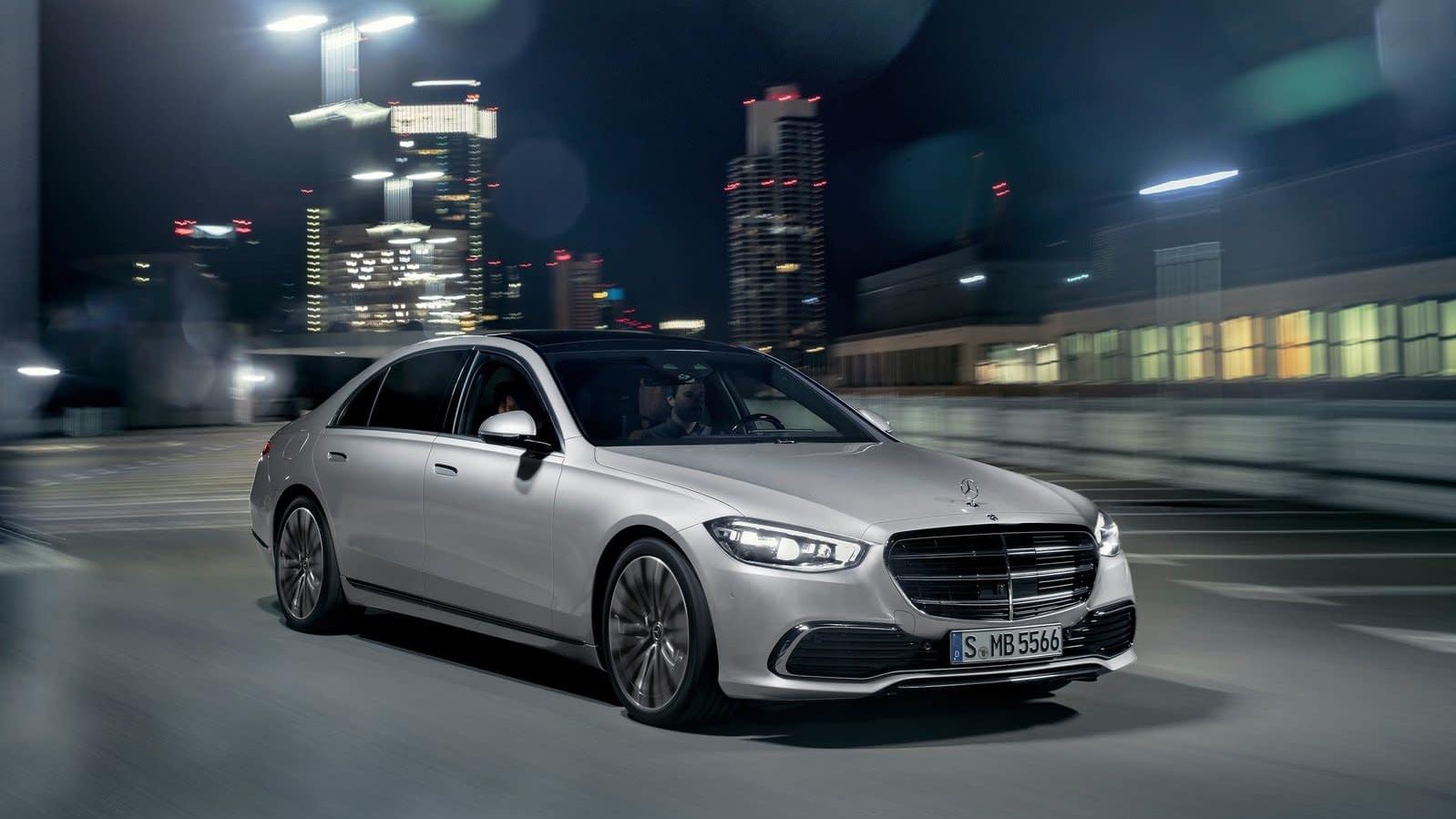 Speaking of big luxury, there’s a new S Class coming and it’s already proven to be a little polarizing. The S Class is the flagship of the Mercedes-Benz lineup. Any new design trend or hot new feature from the silver arrow people is typically shown on the S Class first before trickling down to the poorer cars. There’s also a lot to talk about that I’m going to try and squeeze into just a paragraph or two. The press release has a table of contents… which I can’t say I’ve seen before.

The exterior design is where the biggest differences of opinion originate, but there’s a functionality to it. It’s one of the most aerodynamic cars on the market with a C figure from 0.22,1 despite being the size of a boat. Key design features include a short front overhang, long wheelbase (duh), and a “balanced” rear overhang. The hood is stretched with an upright front end, while the rear is drawn out with a flowing C-pillar and sculptured shoulder. 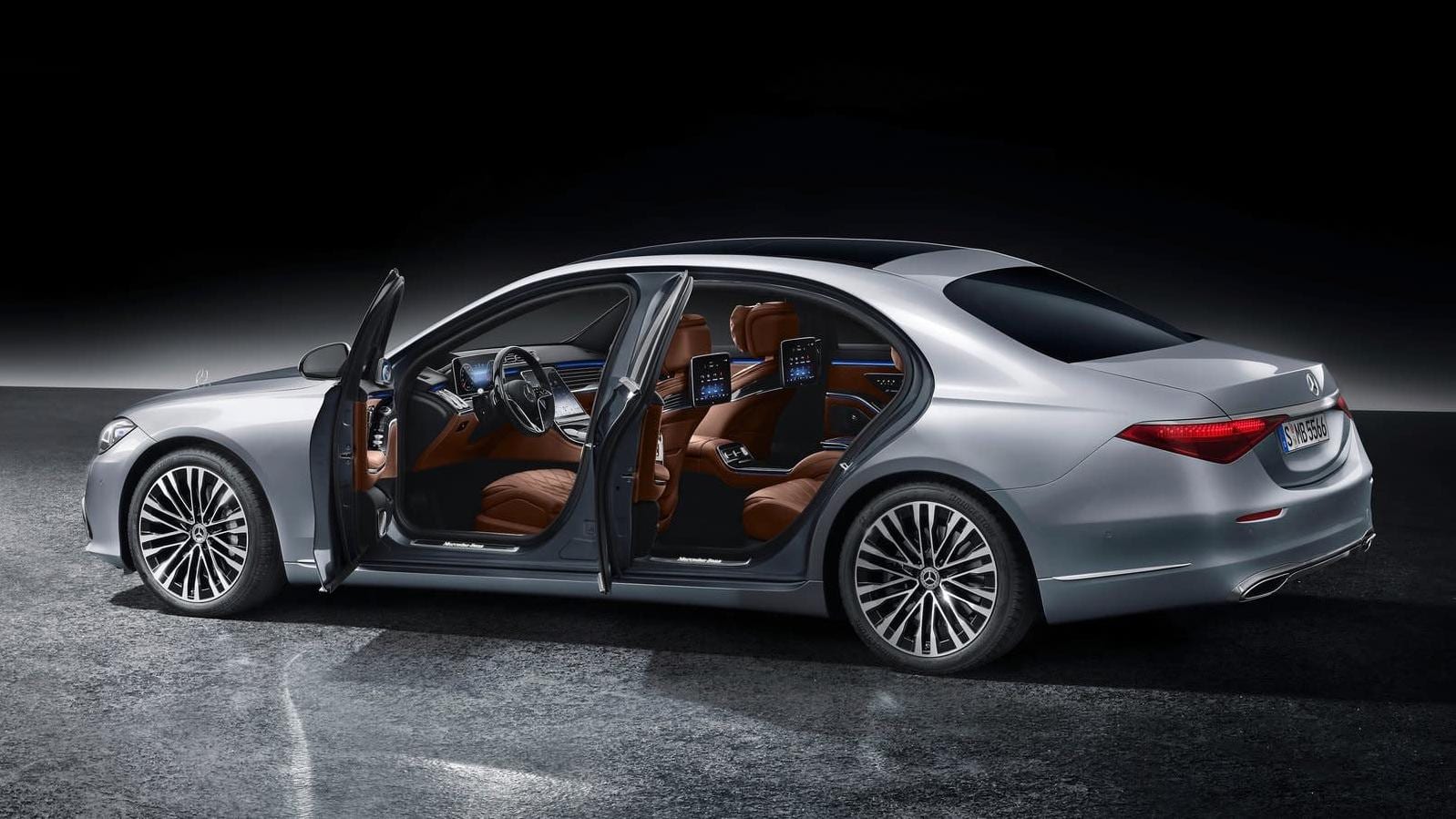 Its interior is as opulent as you’d expect from an S Class. Designers created a “feel-good ambience with lounge characteristics” with elegance, high quality materials, and spaciousness being the biggest contributing factors. Yacht-like is one way they describe the overall design of the dashboard and I can’t argue with that. Accent lighting, premium leather, wood trim, and lots and lots of screens fill the cabin. Part of that feel-good ambience mentioned earlier can also be attributed to the expanded use of recycling for various vehicle components. 198 pounds of recycled materials are used throughout the car in areas that you don’t see, such as the cable ducts which route electrical lines throughout the vehicle. So now S Class drivers can feel good about making the world a better place while on their way to serve divorce papers. 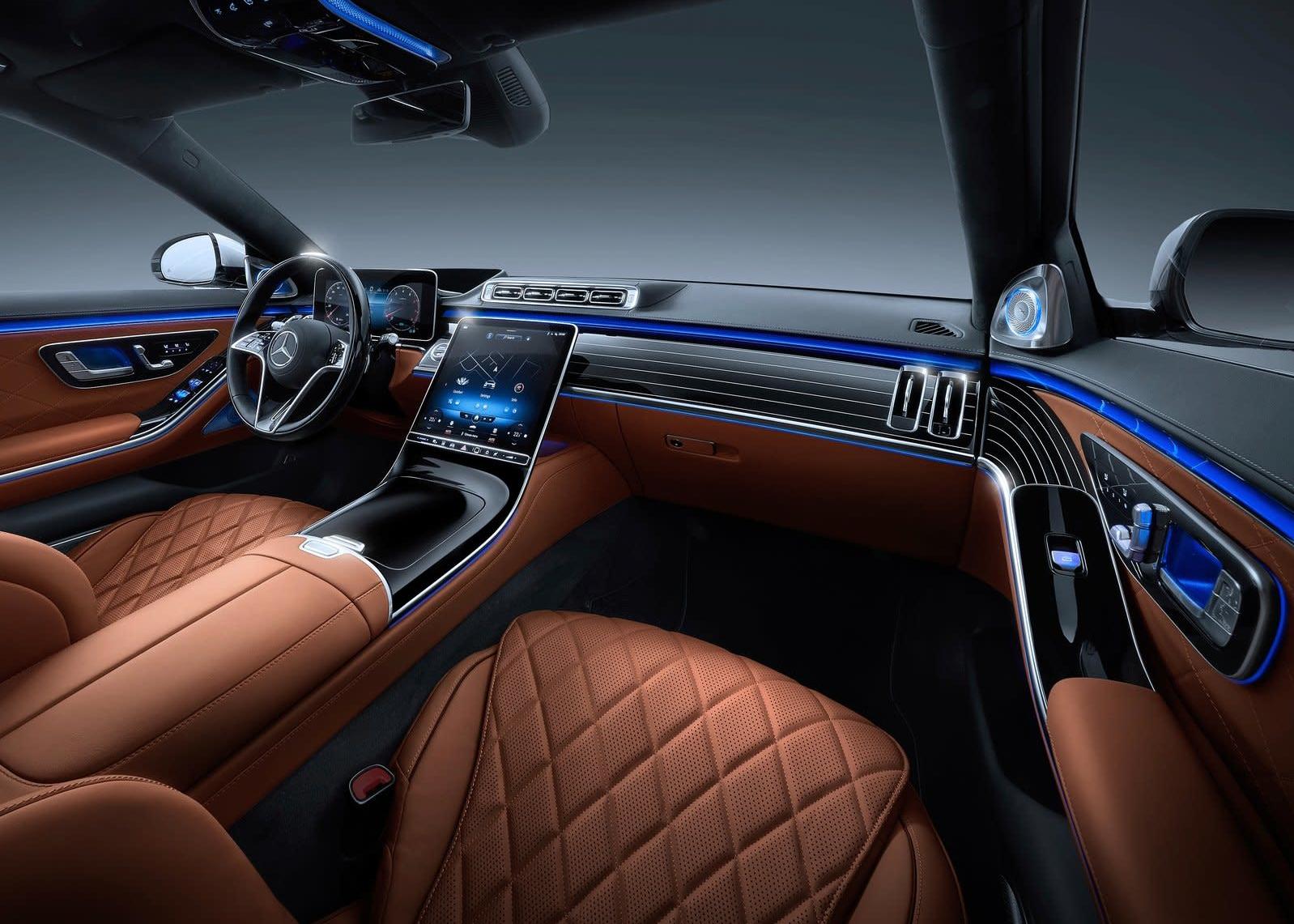 As for powertrains, both the standard 3.0-liter inline six and 4.0-liter Biturbo V8 are backed up by an integrated starter generator (ISG) and a 48-volt onboard electrical system. The ISG provides hybrid functions like a quick power boost and energy recovery to assist with fuel efficiency. The I6 in the S500 4MATIC (that means all-wheel drive) produces an impressive 429 horsepower and 384 lb.-ft. of torque. The Biturbo in the S580 4MATIC still reigns supreme with 496 horsepower and 516 lb.-ft. of torque. The car rides on a new E-ACTIVE BODY CONTROL system which adjusts the suspension 1,000 times per second and can work to mitigate the impact of a crash on passengers. There’s also a neat new rear-axle steering system with a steering angle of up to an impressive and probably industry-leading ten degrees. This reduces the turning radius of this long wheelbase, AWD land yacht by 6 feet to 35.7 feet.

Because it’s an S Class, there is a TON of new safety and convenience features on board. Honestly more than you or I care to delve through. Just know that the chief financial officer that’s voting to lay you off is going to be very safe and comfortable on their way home.

There’s a new Hyundai Tucson coming and it’s going to look amazing. September 15th is when it will be fully shown to the world but that didn’t stop Hyundai from dropping some teasers that show off some of the highlights of its design.

The biggest standout is the latest evolution of the company’s signature headlamp architecture called “Parametric Hidden Lights”. I take that to mean the lighting elements are integrated cleanly into the rest of the vehicle, particularly up front. It shows an intricate grille pattern with lights occupying some of the space. The teaser shots also show a new dual cockpit layout offering personalized space and a high-tech experience. 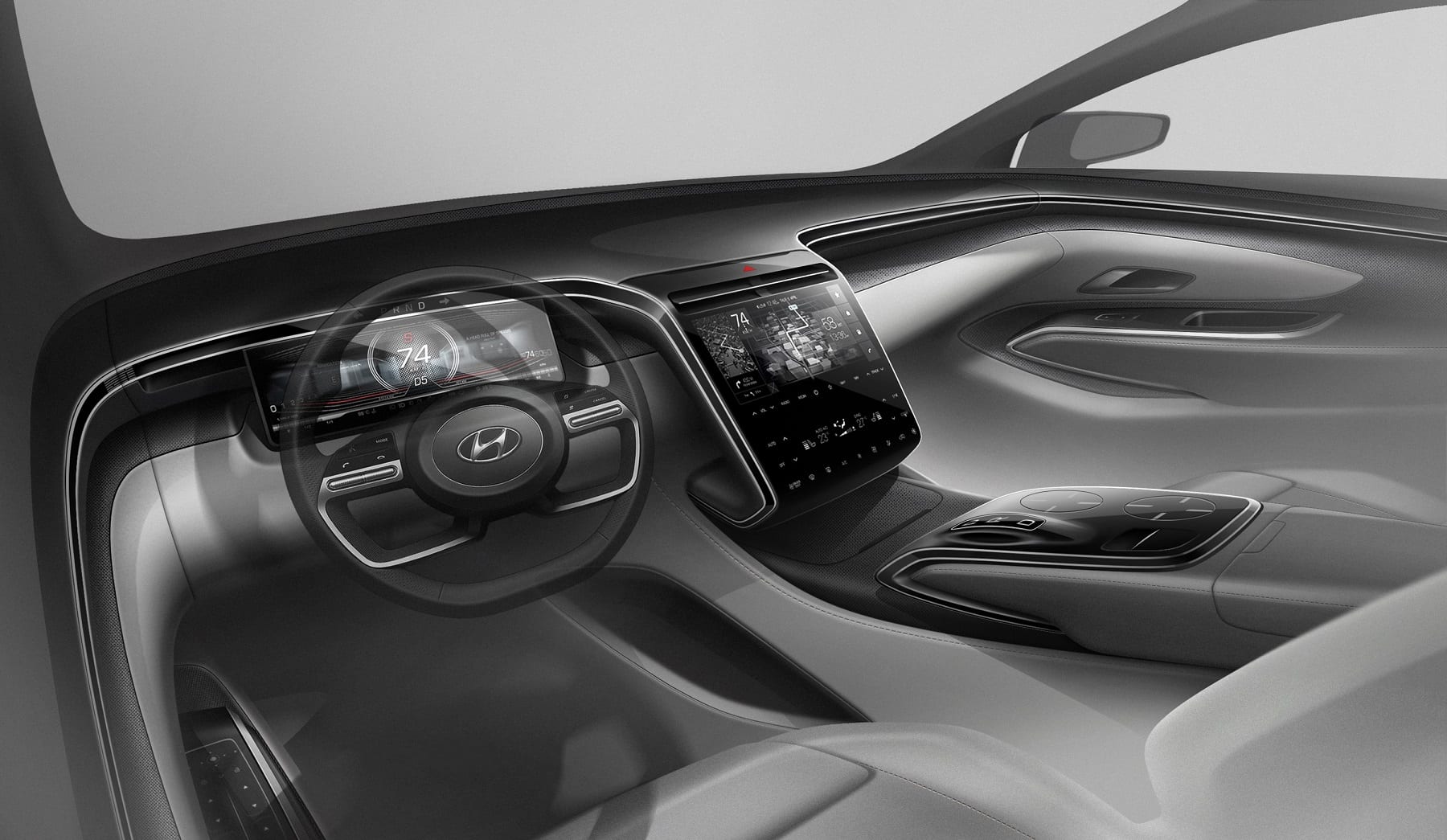 We’ll know more soon obviously, but it’s already looking like a winner to me. People are going to buy crossovers no matter what, so they might as well be pretty. 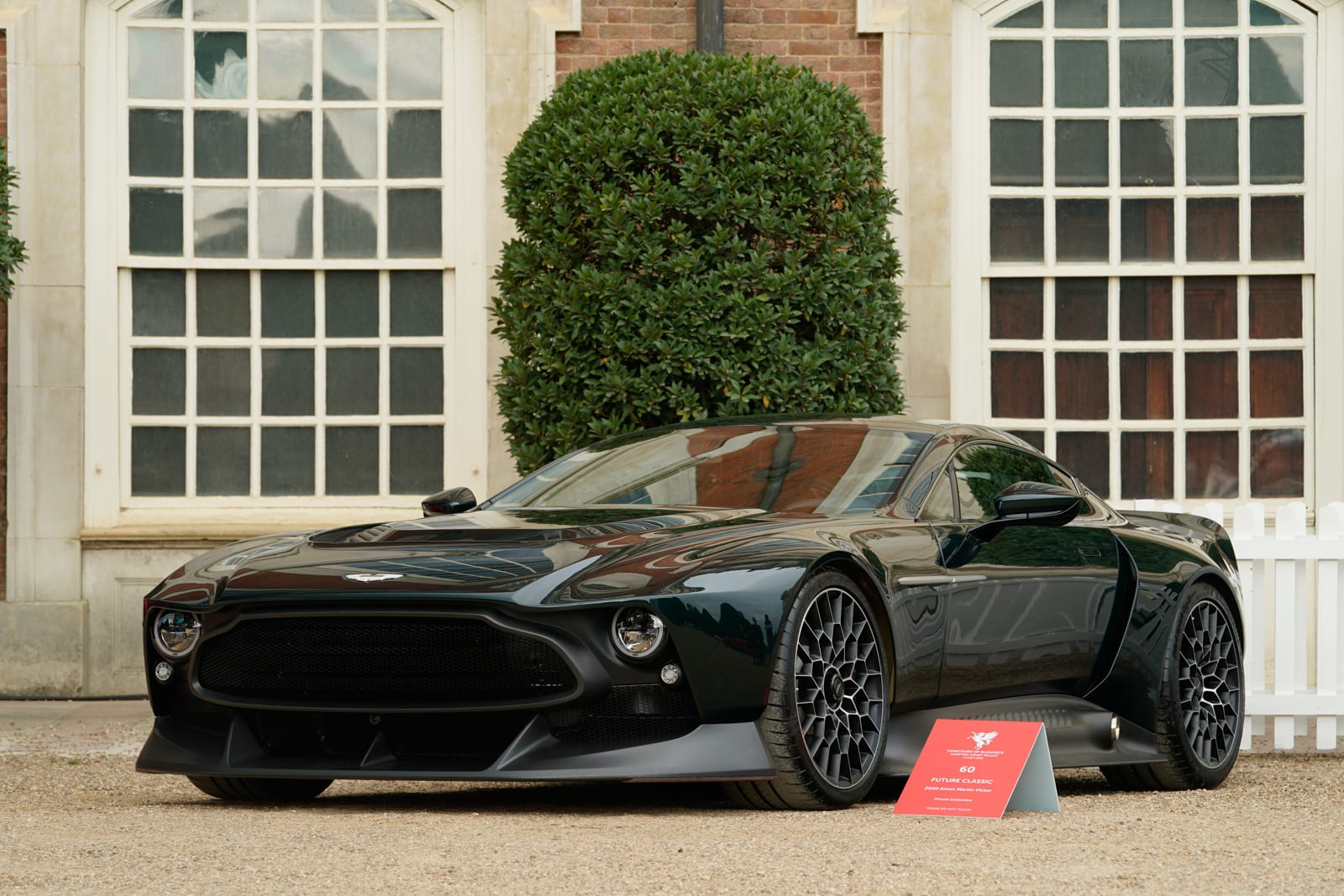 Now back to rich person news that doesn’t matter but is still kinda cool. Someone commissioned a one-off Aston Martin based on the exclusive, track-only Vulcan that they sold a few years back. It shares a lot of the same underpinnings and such but with some key differences. Namely the entire exterior design and the fact that it’s road legal. 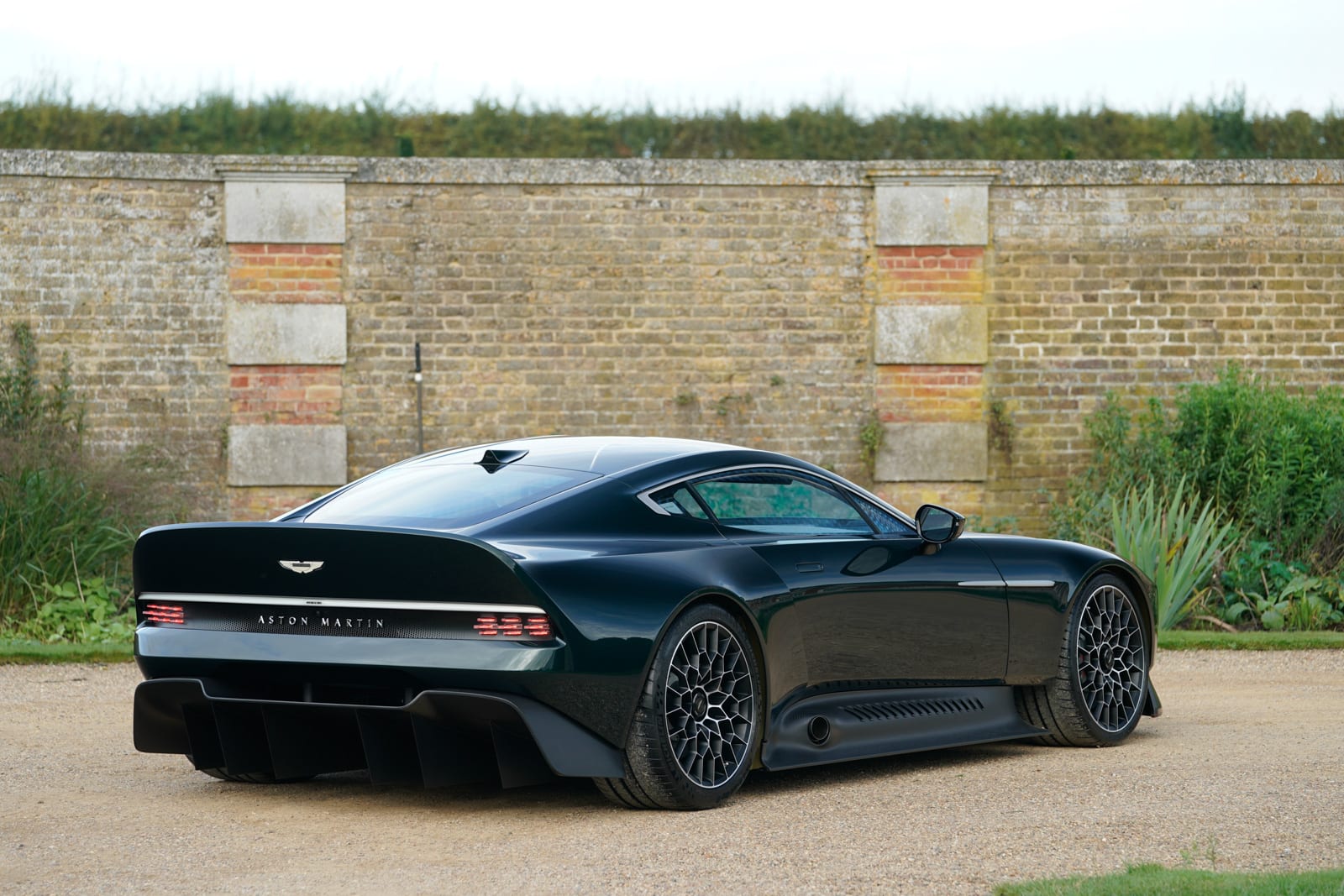 It’s called the Victor, which is a clever nod to the RAF V Bombers of the Cold War where the name Vulcan was taken from as well. I’m expecting an Aston Martin Valiant soon. Anyways, the Victor is meant to be a throwback to V8 Vantage from the 70s and 80s that ended up racing at Le Mans. It uses a naturally-aspirated V12 from the One-77 that’s been tuned by Cosworth for 836 horsepower. And it’s paired with a six-speed manual transmission with a beautiful wooden shifter. It runs massive Brembo CMM-R carbon ceramic brakes and sports the same inboard springs and dampers from the Vulcan. In fact, the team behind that project also worked on this Victor. The paint is a lovely “Pentland Green” and works well with the retro futuristic design features of the exterior. 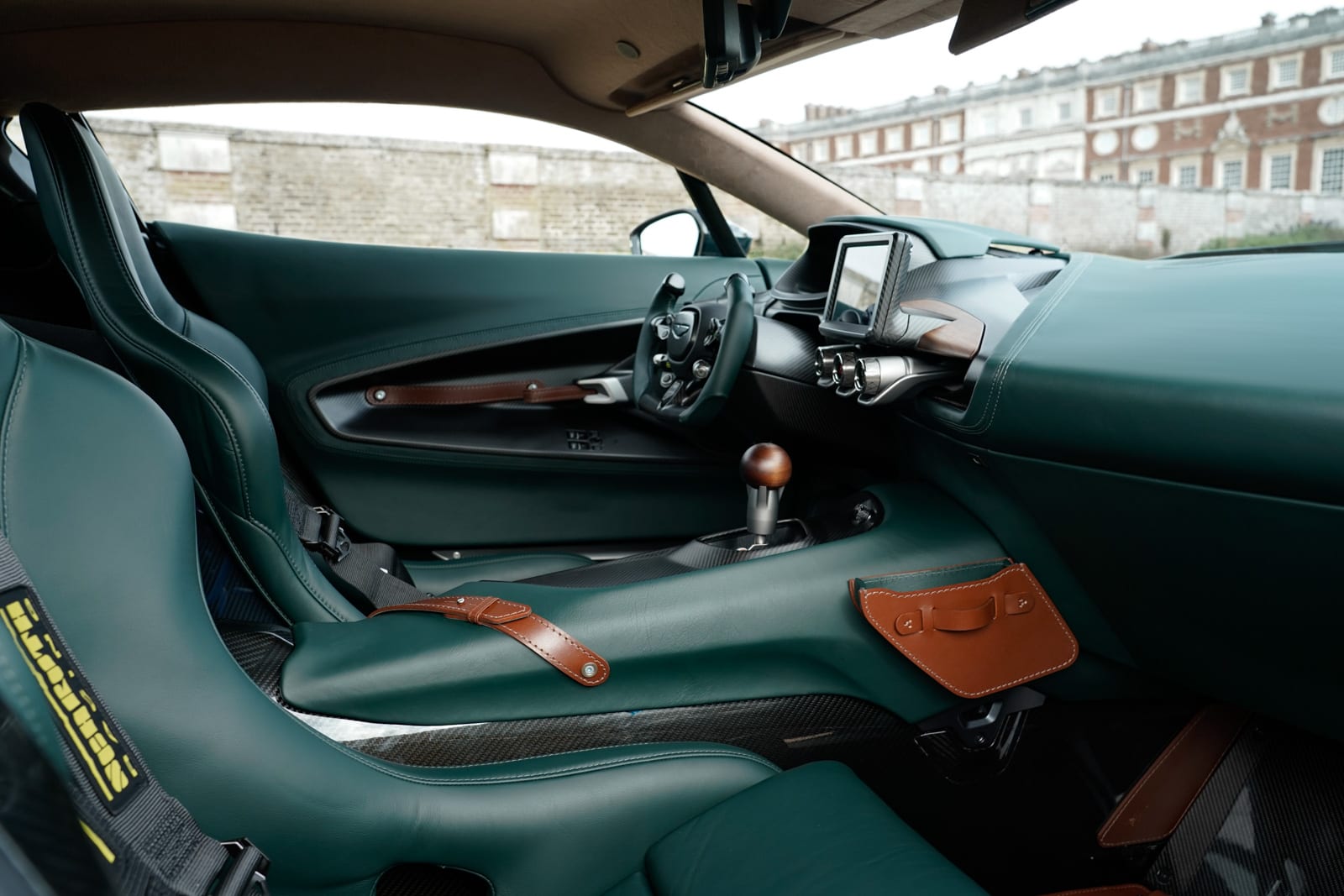 It’s a stunning, jaw-dropping, breathtaking, all the words example of Aston Martin design. It’s a shame it’ll never be seen outside again.

Our good friend Bradley at Jalopnik got the scoop on the wonderful Gordon Murray Automotive T.50 when it first dropped and now he’s reporting an even hotter version is on the way. The T.50S will be a track version that looks like it’s gotten the F1 GTR treatment. It’s unclear if they intend to do any sort of professional competition with this since it’s built without rules, but they were talking about starting a supercar racing series of their own.

Since it’s a race car, it gets race car things. Big wings, splitters, a shark fin, and a larger rear diffuser are added for functionality’s sake and there will be even less weight for it to keep planted to the ground. 211 pounds is removed from the car, bringing the weight down to 1,962 pounds. Bradley points out that’s close to the weight of Toyota’s TS050 LMP1-H car. The glorious Cosworth V12 gets race prepped as well and now produces 720 horsepower. While we only have drawings now, this is shaping up to be a true dream car. Gordon Murray designing a supercar that doesn’t need to follow any rules is sure to be a good time.

They plan to produce 25 of these and set up a series of track events to ensure they get driven regularly. It’ll be like Ferrari’s XX program but cooler.