Welcome to the Hooniverse News! As always, this is a weekly recap of the biggest stories in the automotive industry without the fluff or bull. This week, Nissan updates the Titan, Ford readies to print more money with the Expedition King Ranch, Mazda rotary news may be incoming, VW names a familiar face to COO of North America, and Ford’s new F Series Super Duty can tow… like, a lot. Plus your automotive news for the week. 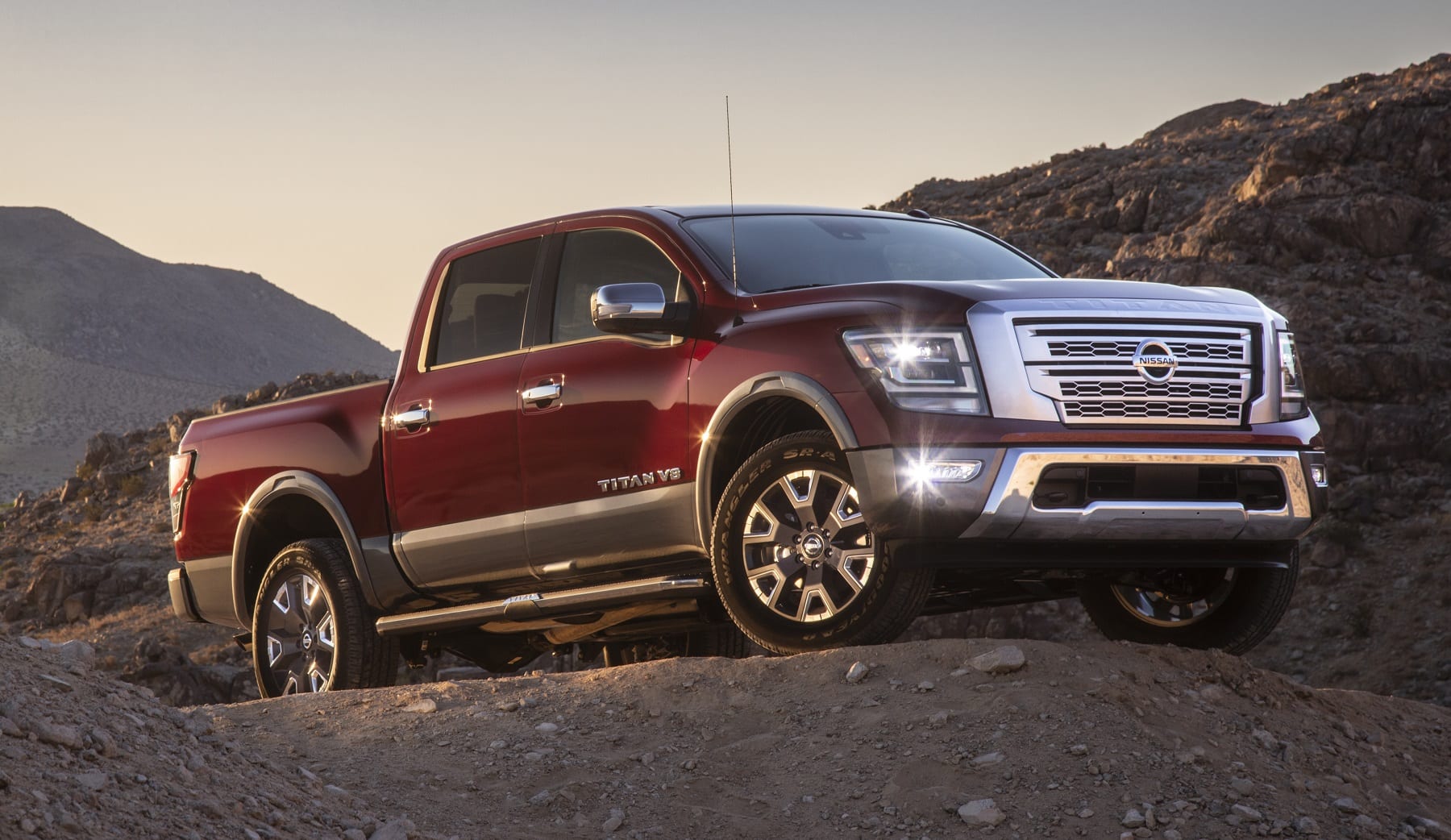 If you don’t debut your truck at the State Fair of Texas, is it even a truck? No. No it isn’t. That’s why every truck manufacturer has some kind of presence in Dallas this week. Nissan in particular used the truck-buying capital of the universe to take the covers off a refreshed 2020 Nissan Titan. Complete with a revised face, a new drivetrain, redesigned interior, and more tech features. Nissan hopes to win some more market share in an extremely competitive space when it goes on sale early next year. 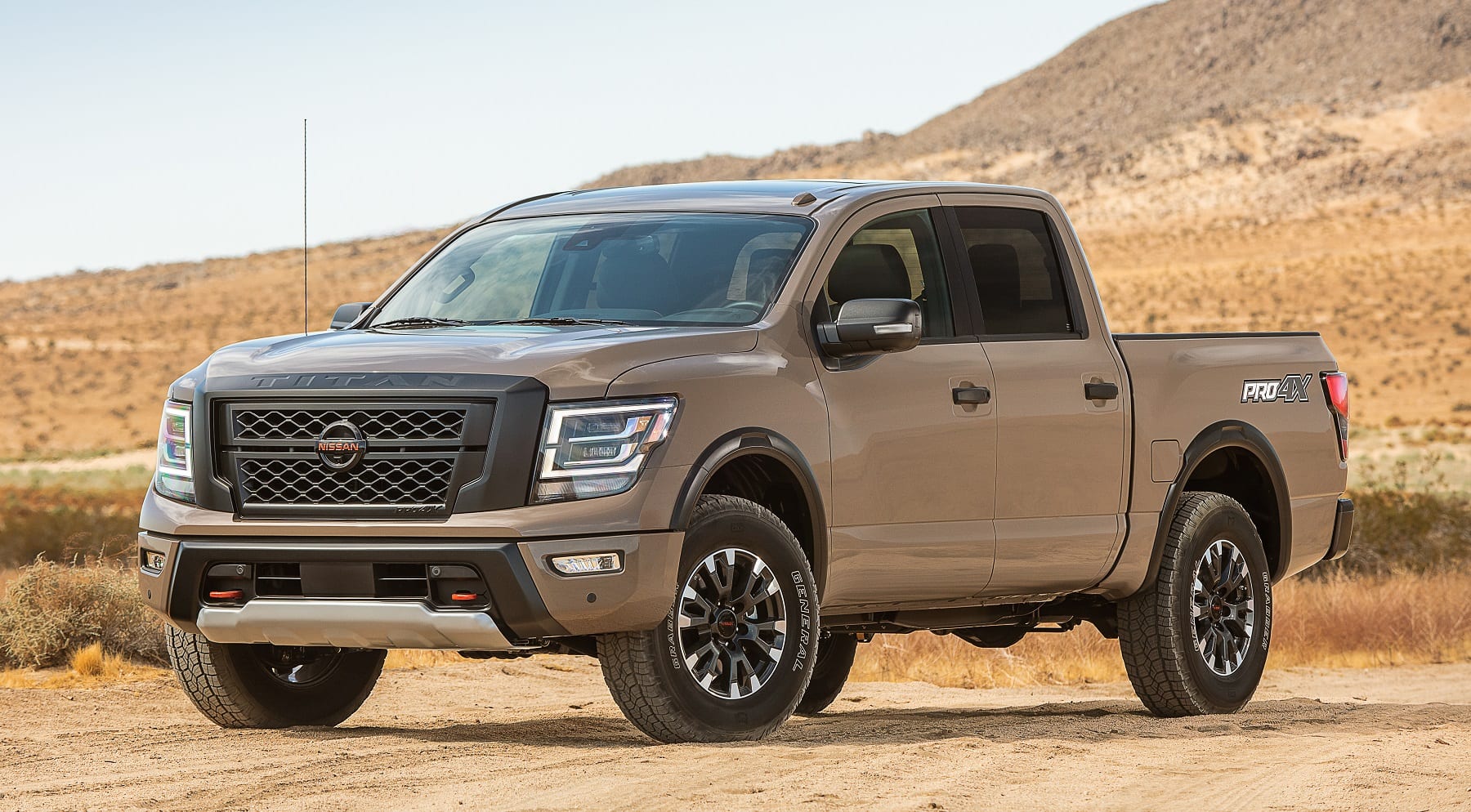 The nip and tuck mostly focused on the front, but all areas have some kind of update. Three new grille designs help provide some differentiation between the five trim levels and they’re flanked by new LED headlights with “double boomerang” daytime running lights. The new lights also produce around 120% more light output in low beam than before, which is nice.  There are also new wheel designs, larger fog lights, new badging (amazing), and new LED full-surround lighting for the bed. 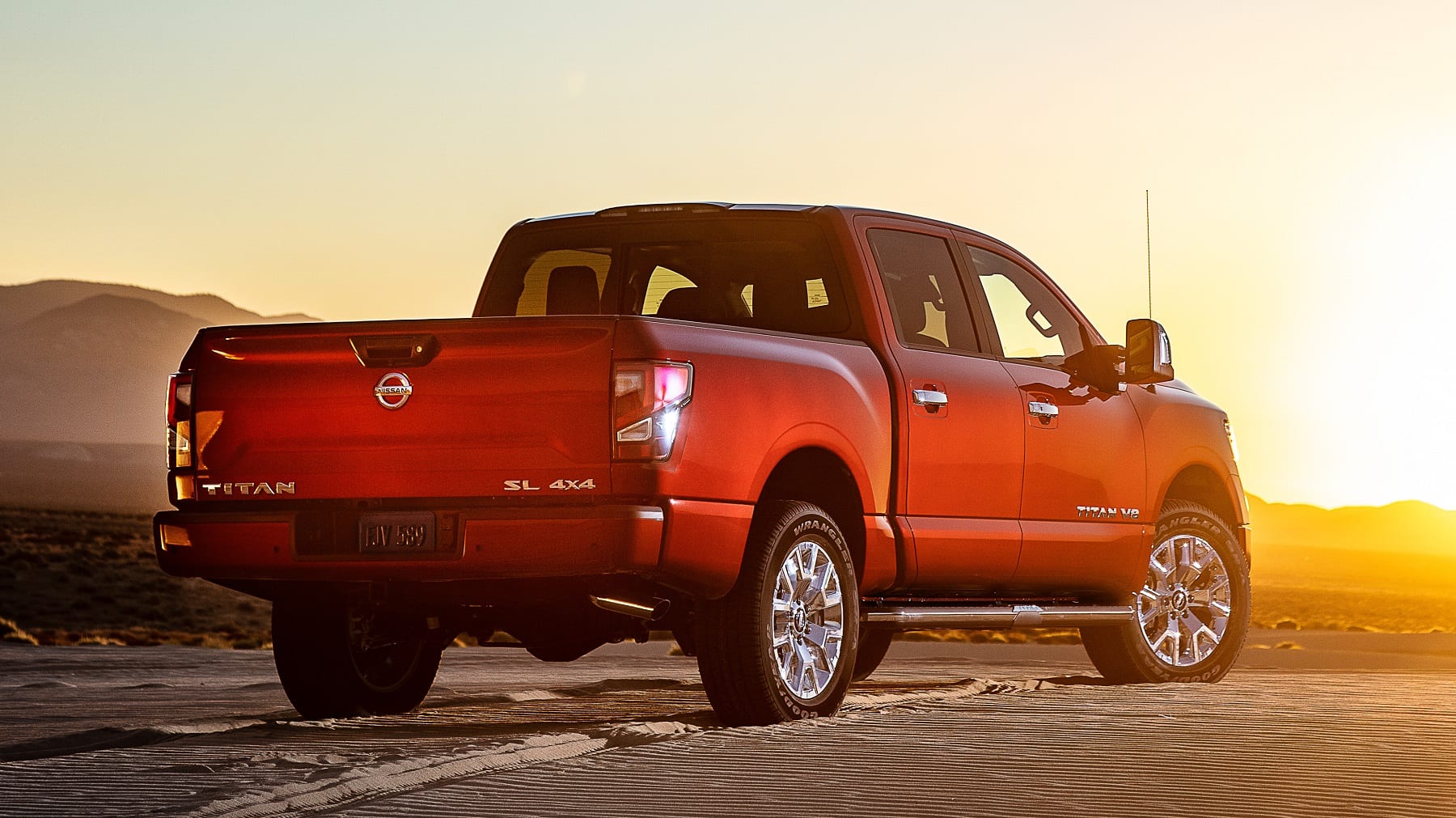 The 5.6-liter Endurance gas V8 remains the only option for the standard Titan but it does get a bit more power. It’s up 400 horsepower and 413 lb.-ft. of torque, 10 horsepower and 19 lb.-ft. more than before. It’s paired up with a new nine-speed automatic transmission featuring a larger final gear ratio of 3.692:1 to provide more torque to the wheels and smoother and faster acceleration. What that translates to is a second off its 50 mph to 70 mph acceleration time compared to the current Titan with a seven-speed automatic. 4×2 and 4×4 configurations are of course still offered. 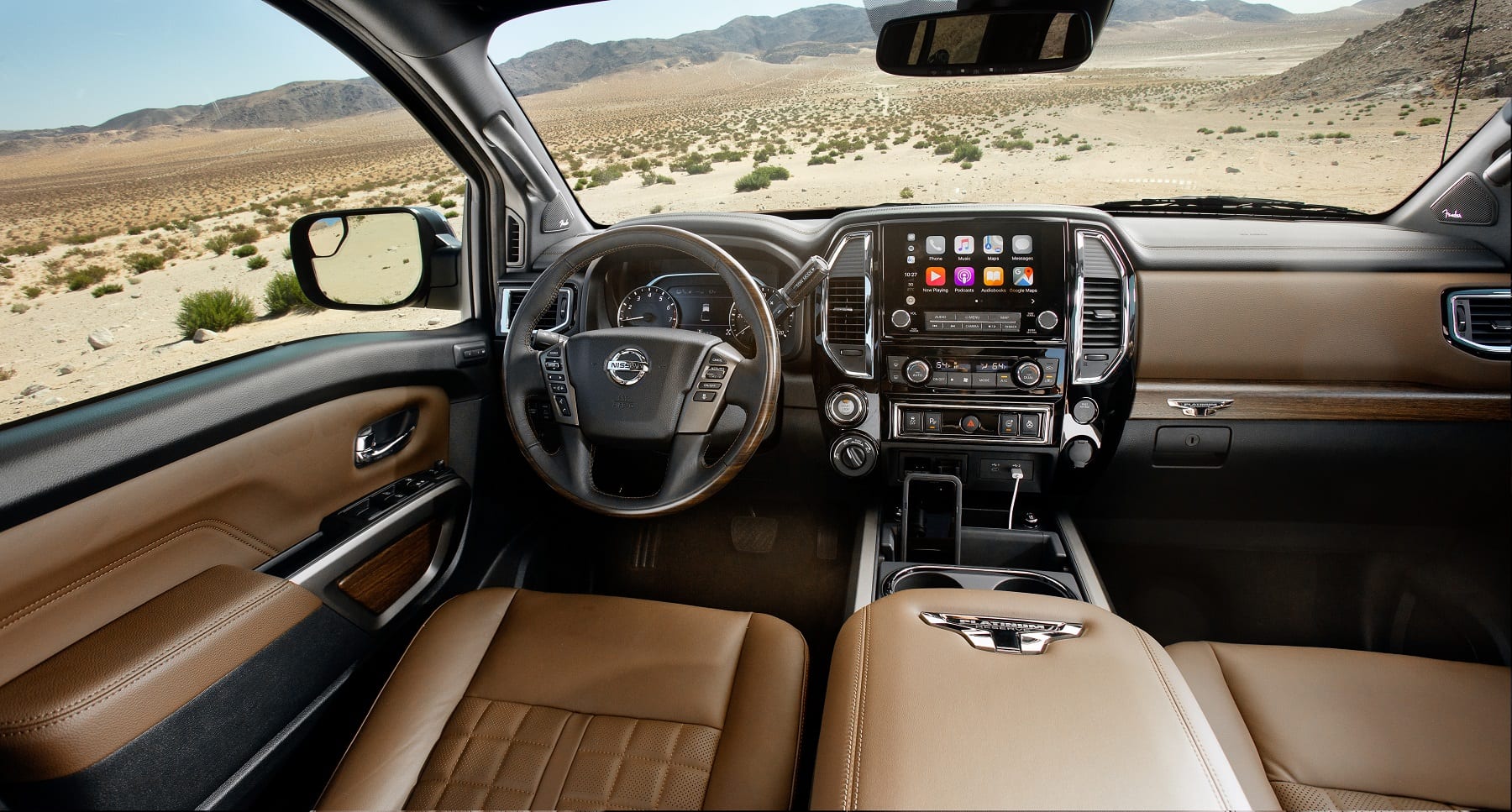 Prices haven’t been announced yet. And so far they’ve only confirmed King Cab and Crew Cab body configurations. The Single Cab wasn’t available at launch on the current Titan either, so hopefully it’s still on the way. 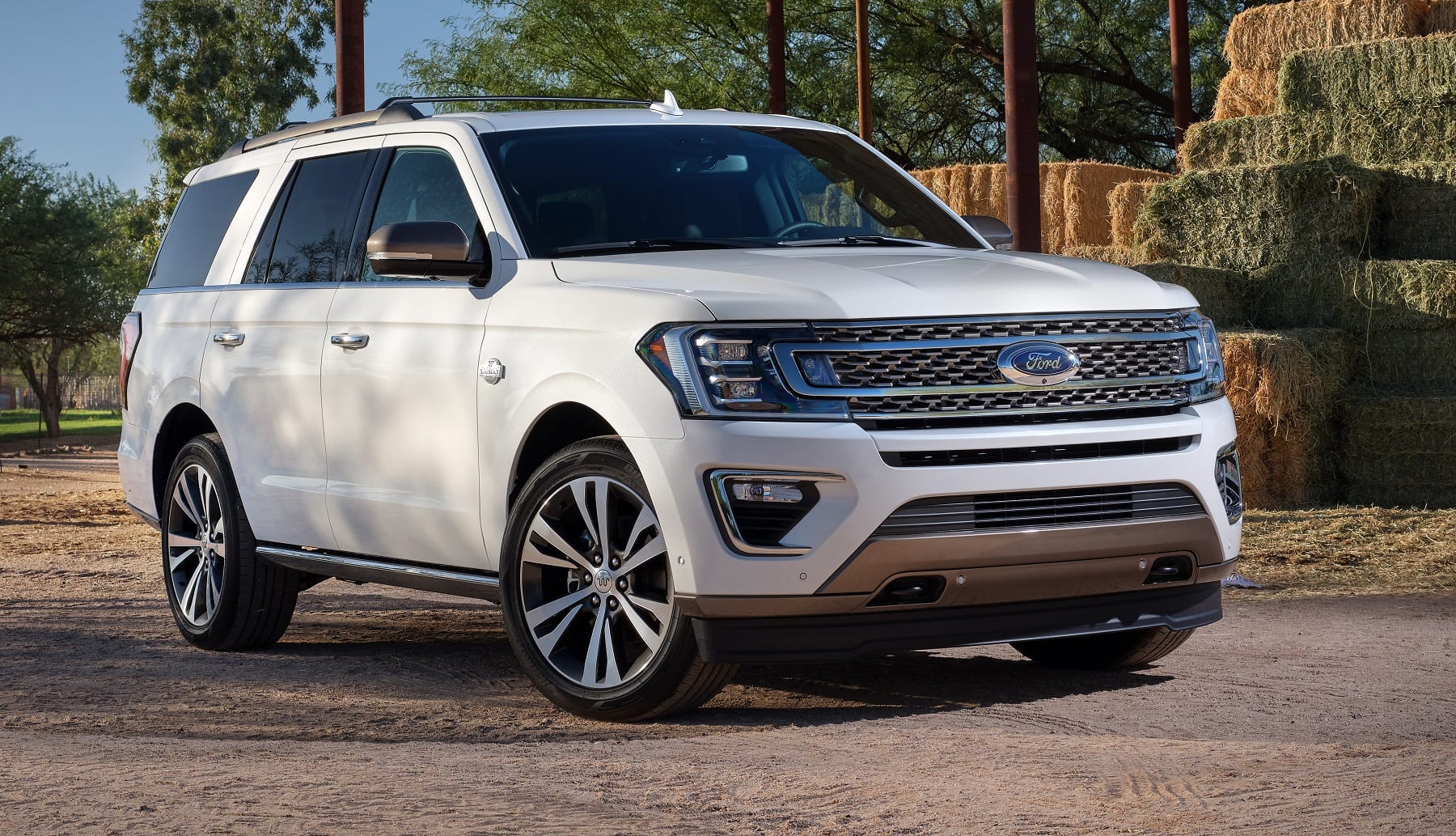 Meanwhile at Ford, the King Ranch Expedition is making a comeback. The high-end western-inspired trim level has been a regular offering in the F-Series pickup line since 1999 and in the Expedition since 2005. The timing is appropriate because Ford can hardly keep Expeditions on the lots, and six in ten buyers either choose the top-end Platinum or Limited model because trucks and SUVs are America’s luxury car now.

King Ranch Expeditions can be picked apart by their Stone Gray paint on the grille mesh, power-deployable running boards, lower bumpers, and other trim pieces as well as body color-painted upper bumpers. Then there’s the wheels – bespoke 22″ six-spoke painted machine-finished aluminum wheels with dark tarnish-painted pockets (direct quote). Oh, and all the King Ranch badges would give it away too I guess. 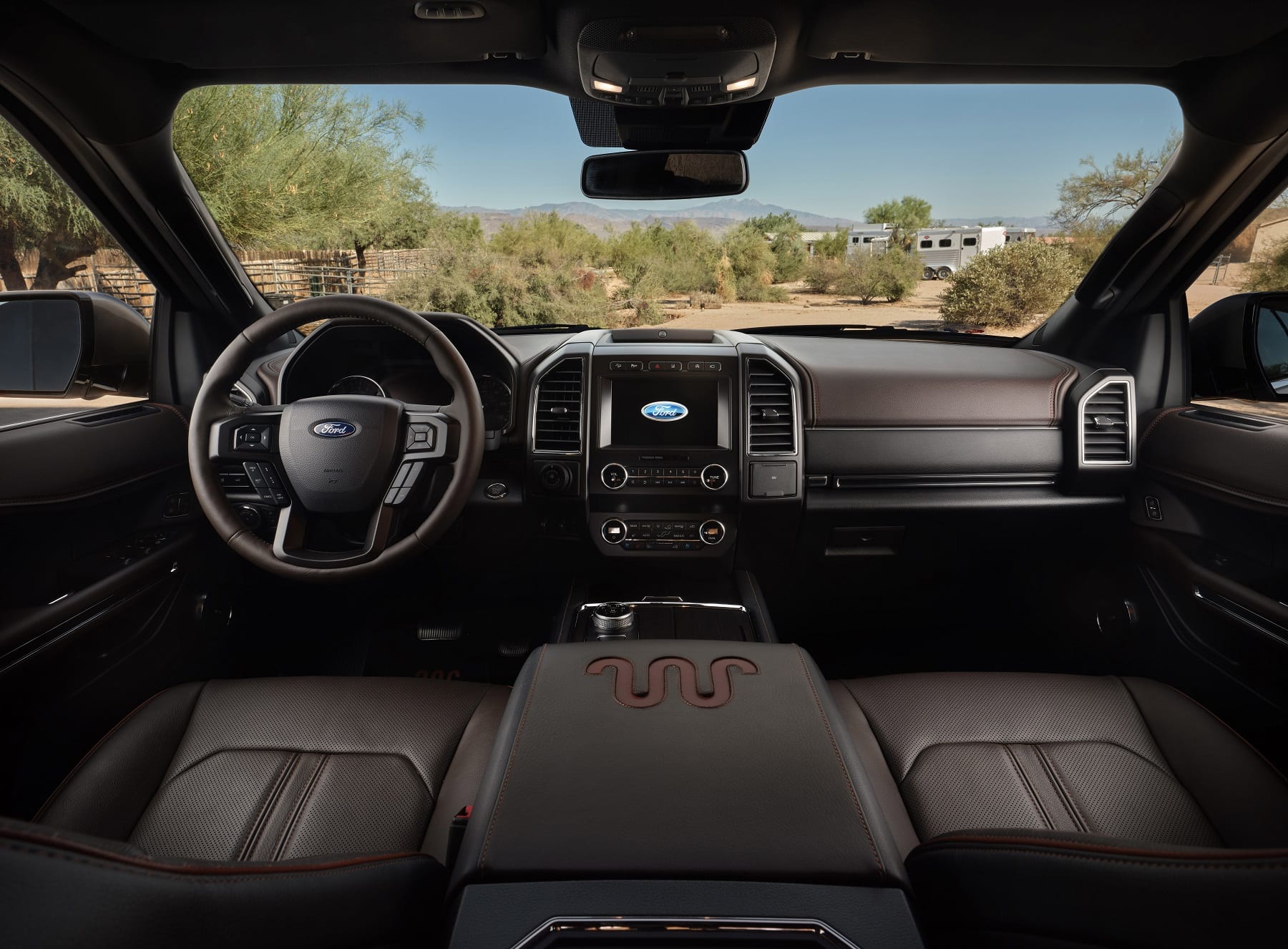 The main draw of a King Ranch though is of course that interior. Ford used premium ebony Del Rio leather alllll over. All three rows of seating, door trim, and other key touch points are covered with it. Elsewhere there’s Ziricote wood veneer, Kingsville stitching, and of course the King Ranch “Running W” logo emblazoned into the seatbacks. I Googled it and can confirm that emblazoned is in fact a word. 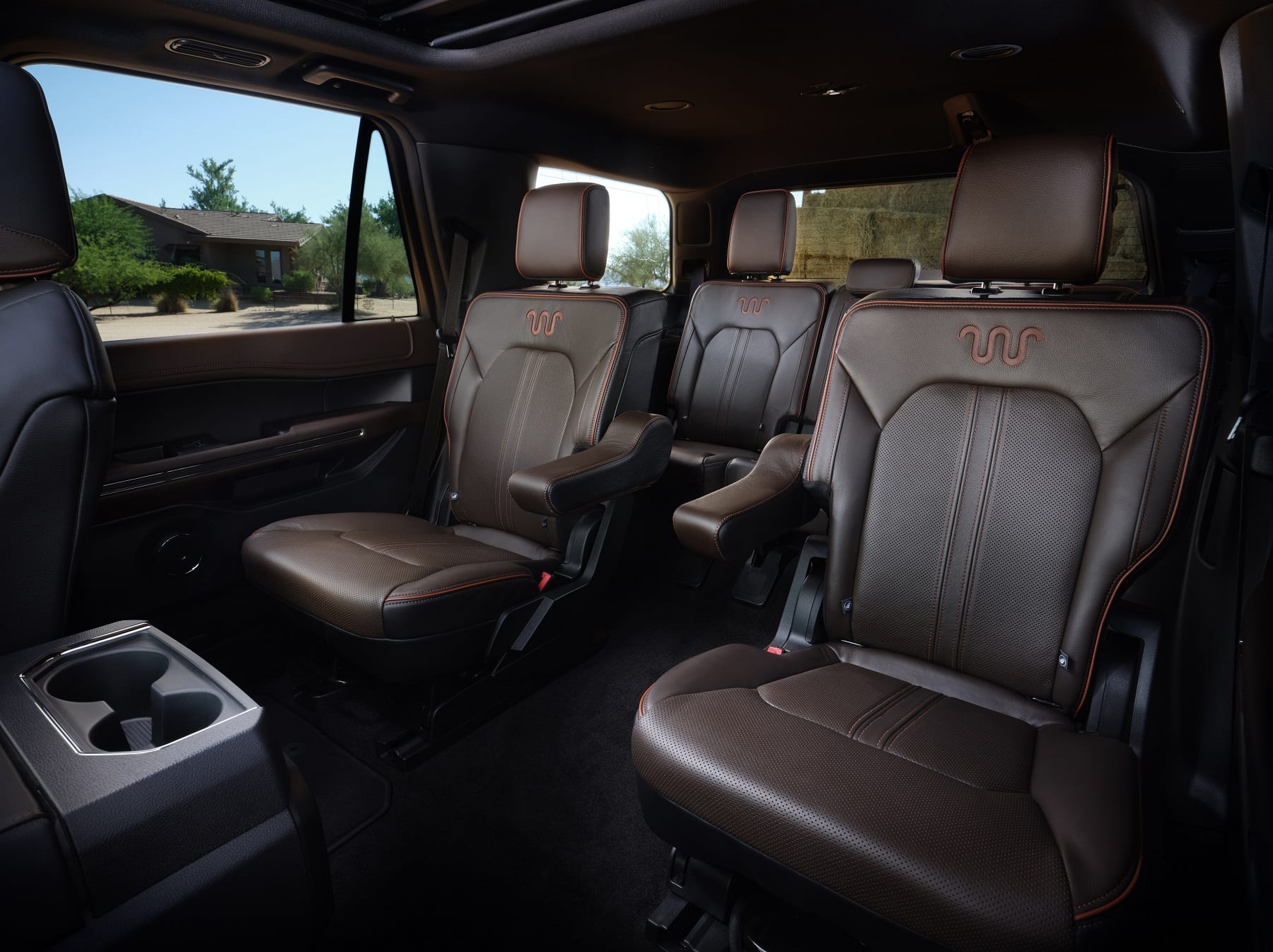 According to Ford’s configurator, the King Ranch starts at $72,895, just $1,040 short of the range-topping Platinum and $9,550 more than the Limited. No exact word on when deliveries start but it’s probably as soon as humanly possible. 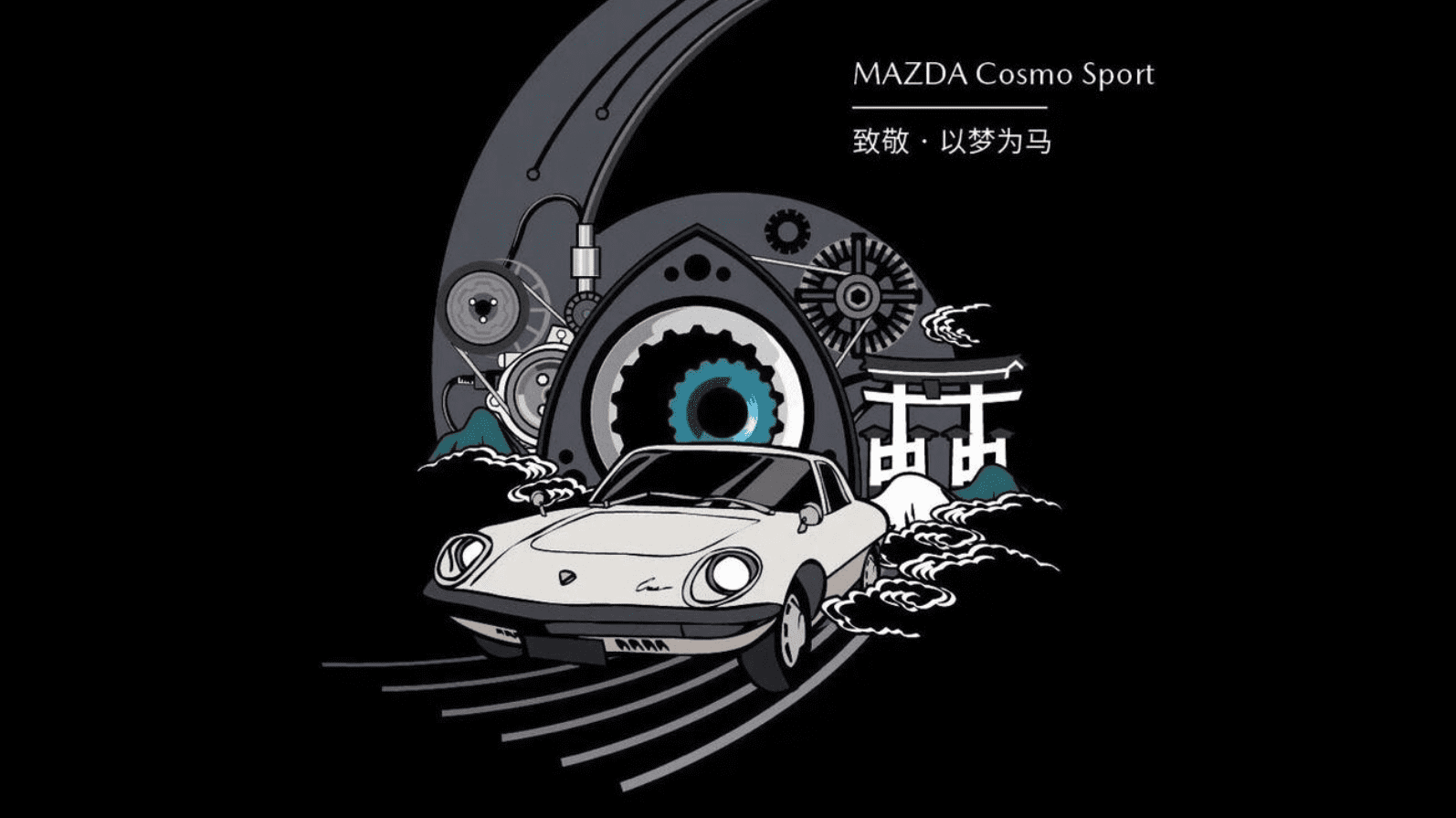 Jalopnik did one of those things where they uncover something extremely interesting and then share it with the world. This week they got hold of a poster that appeared on social media feeds of Mazda’s Chinese partner, Changan Mazda, which shows some kind of weird and wonderful engine that’s gained a cult following along with a classic sports car that helped make it popular. There are some other words too which say something about seeing the next generation in six days (from earlier this week) and other things which jello picnin’s Kristen Lee translates in their report. It’s long been thought that the rotary engine would make a comeback as a range-extender for a new hybrid at Mazda, but of course we all really want something a little more… which probably won’t happen. Either way we’ll keep you posted.

Remember this dude? Johan De Nysschen, the dude who made Infiniti’s nomenclature dumb and confusing, then made Cadillac’s nomenclature dumb and confusing but also while moving their headquarters to Brooklyn for a still inexplicable reason (which is in the process of being reversed, mind you), is back. Volkswagen thought hiring him as their Chief Operating Officer of North America was a sound business decision. As COO, he’ll be expected to “streamline the executive reporting structure and let the brand better coordinate and align operations in the region”. Roughly translated from suit talk, Volkswagen’s HQ will soon relocate to the most hipster neighborhood in Brooklyn and their lineup will move to a numbered naming scheme. Maybe they’ll open a hipster design studio as well to offer a place for the community to come together and share kale chip recipes. Then he’ll be told to resign and Volkswagen will immediately start moving their shit back to where it was. The boring numbered nomenclature will remain. 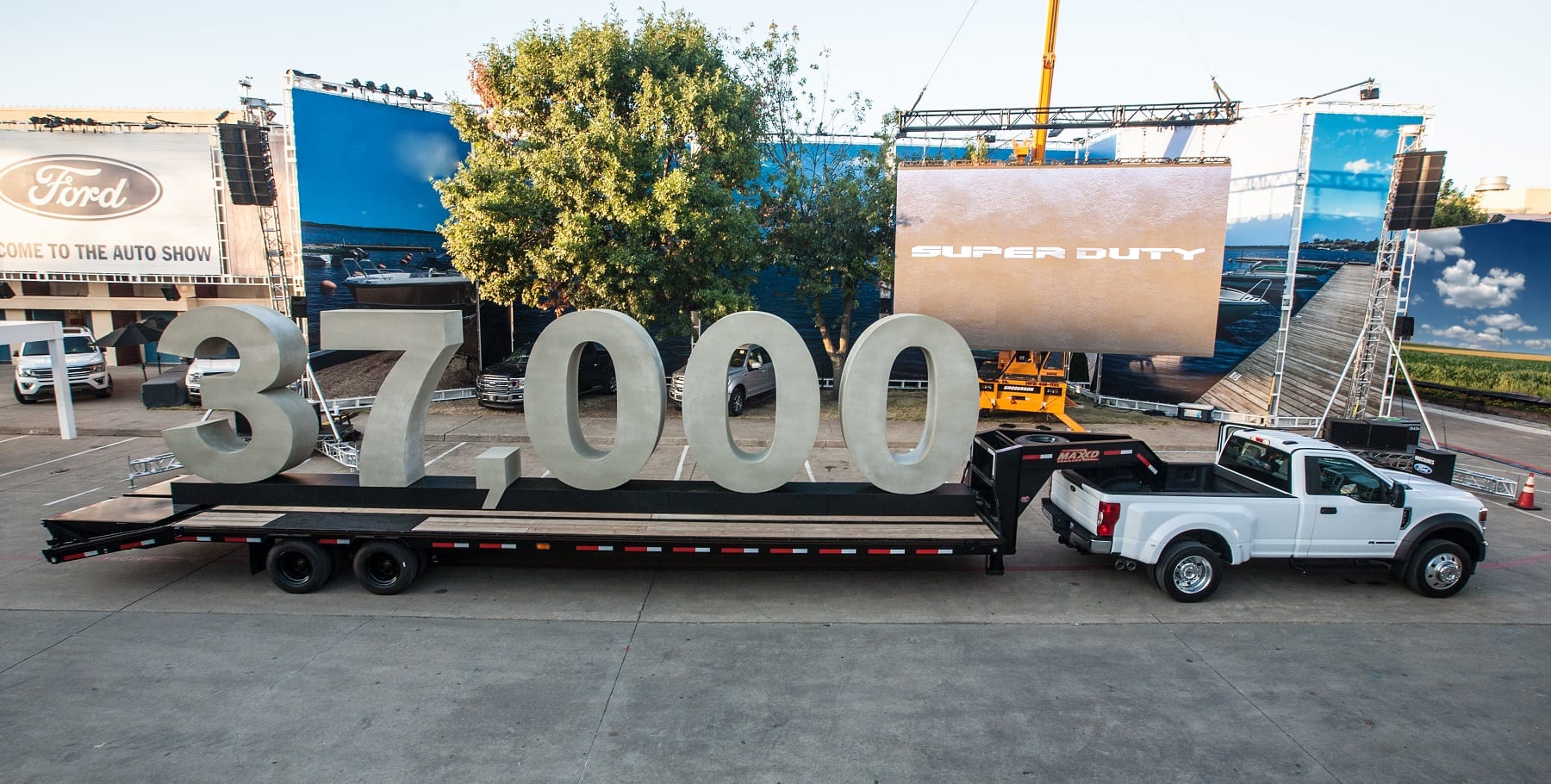 Back to Texas now. Ford wasn’t just in Dallas to show off a luxury SUV, they were also there to show who was still king in the heavy duty pickup space. The Ford F-Series Super Duty, when equipped with the 6.7-liter Power Stroke diesel V8, offers gooseneck towing of up to 37,000 pounds, maximum fifth-wheel towing of 32,500 pounds, and conventional towing of 24,200 pounds. That’s made possible in part by the new diesel’s output of 475 horsepower and 1,050 lb.-ft. of torque. So yeah, Ford wins this round.