Welcome to the Hooniverse News! As always, this is a weekly recap of the biggest stories in the automotive industry without the fluff or bull. This week: Genesis begins expanding their SUV family with the GV70, Chevrolet shows off eCrate motor conversion in a mint K5 Blazer, Ford is doing the E-Transit thing, and your automotive news for the week. 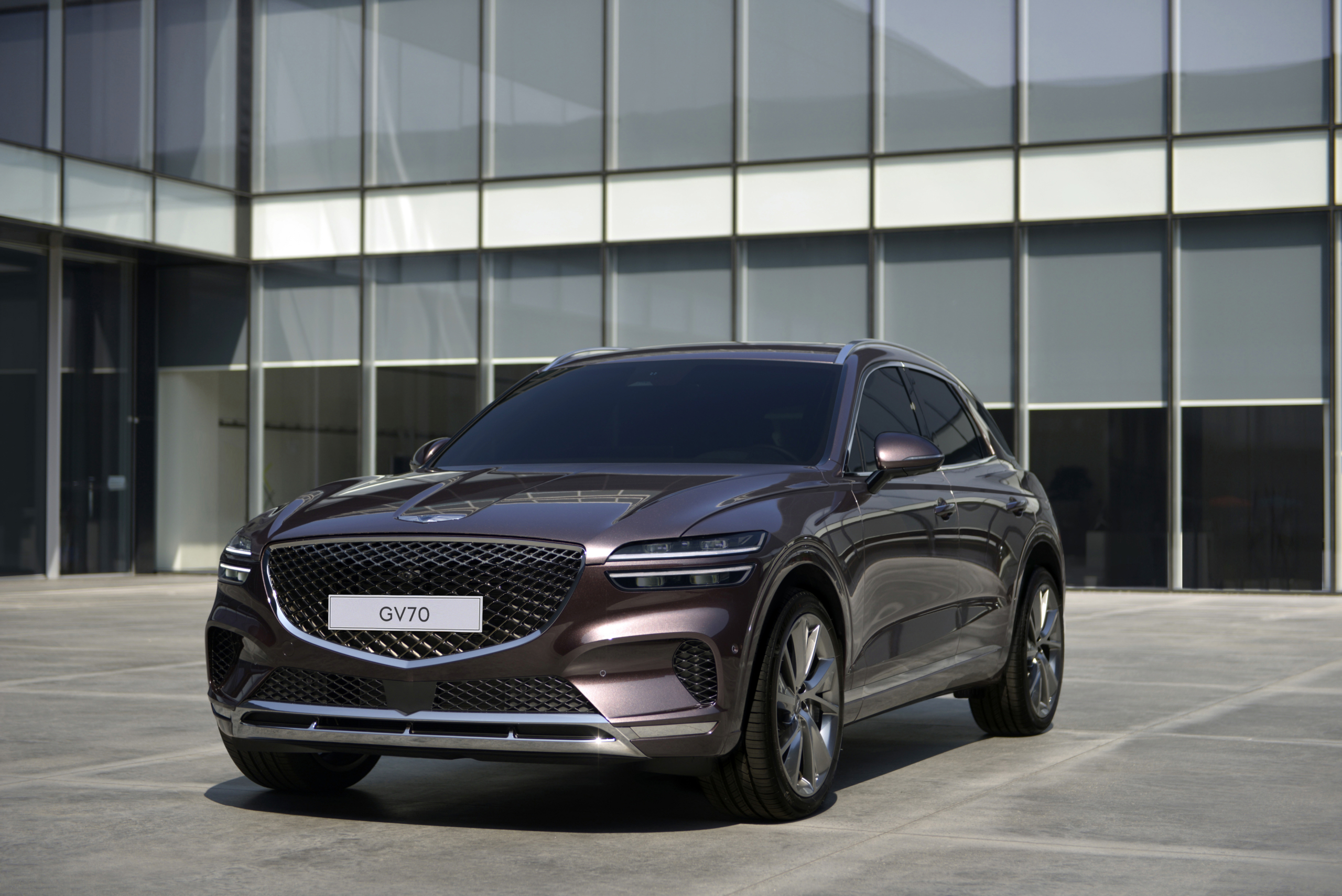 Genesis has been one of few manufacturers that seems to never miss a beat these days. Each new car they debut seems to be an internet favorite and that even applies to their SUVs, which is an accomplishment itself. SUVs are how automakers survive these days, so Genesis made the plunge with their first – the GV80. As that one is expected in showrooms any day now, they’re already expanding the line with the smaller (relatively) GV70.

It’s too early to talk tech specs or price, but it’s not too soon to know it’s already a stunner. It’s got all of the same styling elements that we’re now accustomed to with other Genesis models, SUV or not. The “athletic elegance” starts with the signature crest grille and continues with their quad lamp design and beautiful flowing lines throughout the rest of the SUV. Compared to the GV80, it’s shorter behind the C pillar where the roof line slopes down quite a bit more.

As much as I hate the term, it does have a “coupe-like” roofline which lends to the “athletic” portion of “athletic elegance”. If you want even more of that, there’s a Sport model coming too. This adds an exclusive front bumper and 21-inch, G-Matrix pattern-applied wheels, as well as dark chrome garnishes and a large diameter exhaust. This also adds some special interior upgrades as well (pictured) such as carbon fiber trim and exclusive material colors. 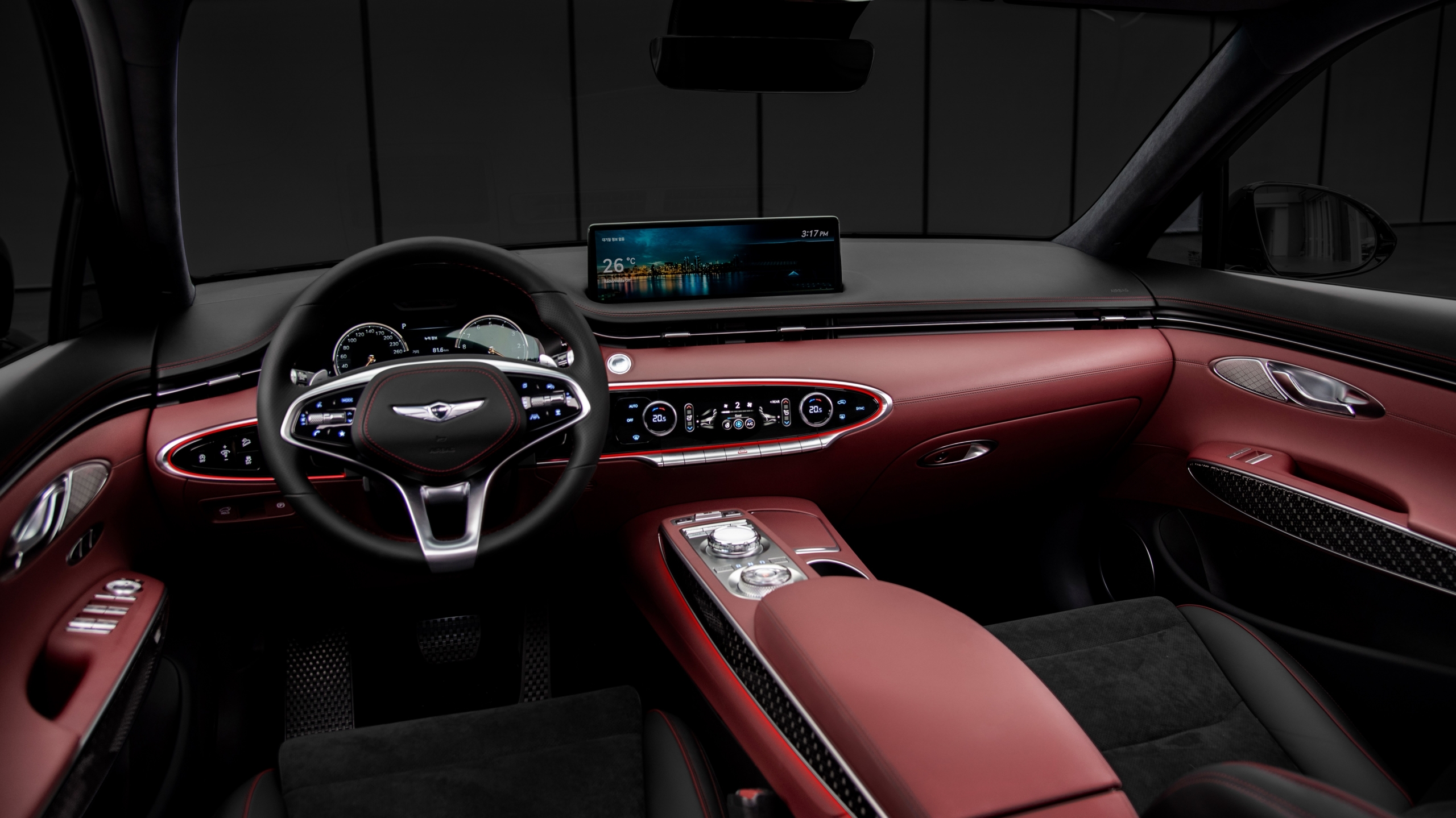 The GV70 will be undergoing more testing in Korea before its launch, which should be later next year. As always the Koreans get a first go at it. We’ll know more about it closer to the GV70’s launch, but for now it seems like another great way for Genesis to secure their future with a money-printing SUV. 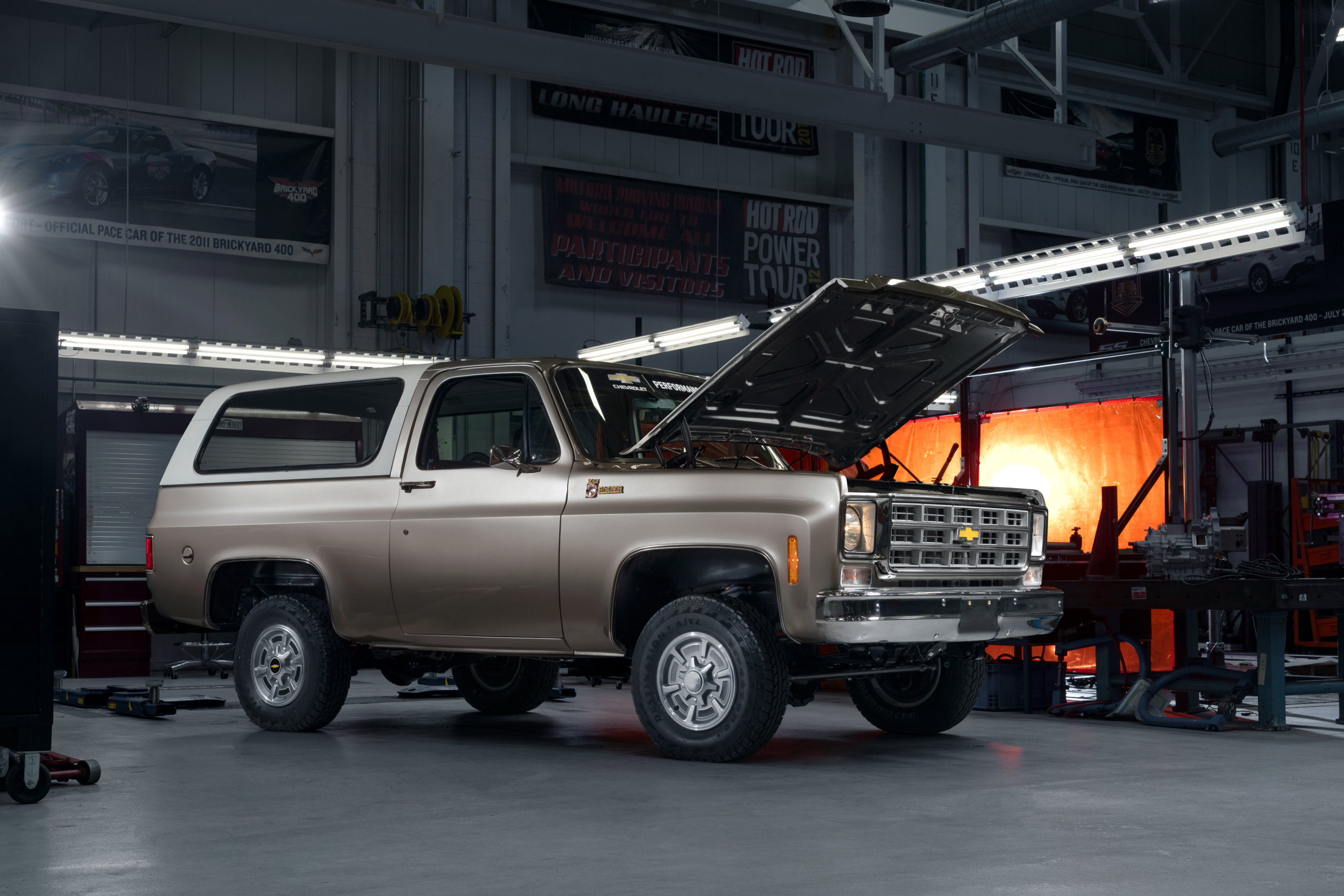 Not even a global pandemic can stop SEMA. This year’s virtual event is just around the corner and Chevrolet was the first to show off their special project early. One of Chevrolet’s big SEMA projects two years ago was an electric Camaro drag racer called the e-COPO. It was then that they also talked about offering an eCrate motor for those wanting to do their own EV conversions. Well, here you go.

This awesome 1977 K5 Blazer-E was converted to EV power with Chevrolet Performance’s Electric Connect and Cruise package. From what I can gather, this is essentially a collection of parts from the Chevy Bolt being made available to everyone. This K5 has a 400-volt battery pack with 60kWh in reserve plus the Bolt’s motor. That’s hooked up to a Chevrolet Performance electronically controlled four-speed automatic. The once 175-horsepower K5 Blazer now has 200 horsepower and 266 lb-ft. of torque to play with. 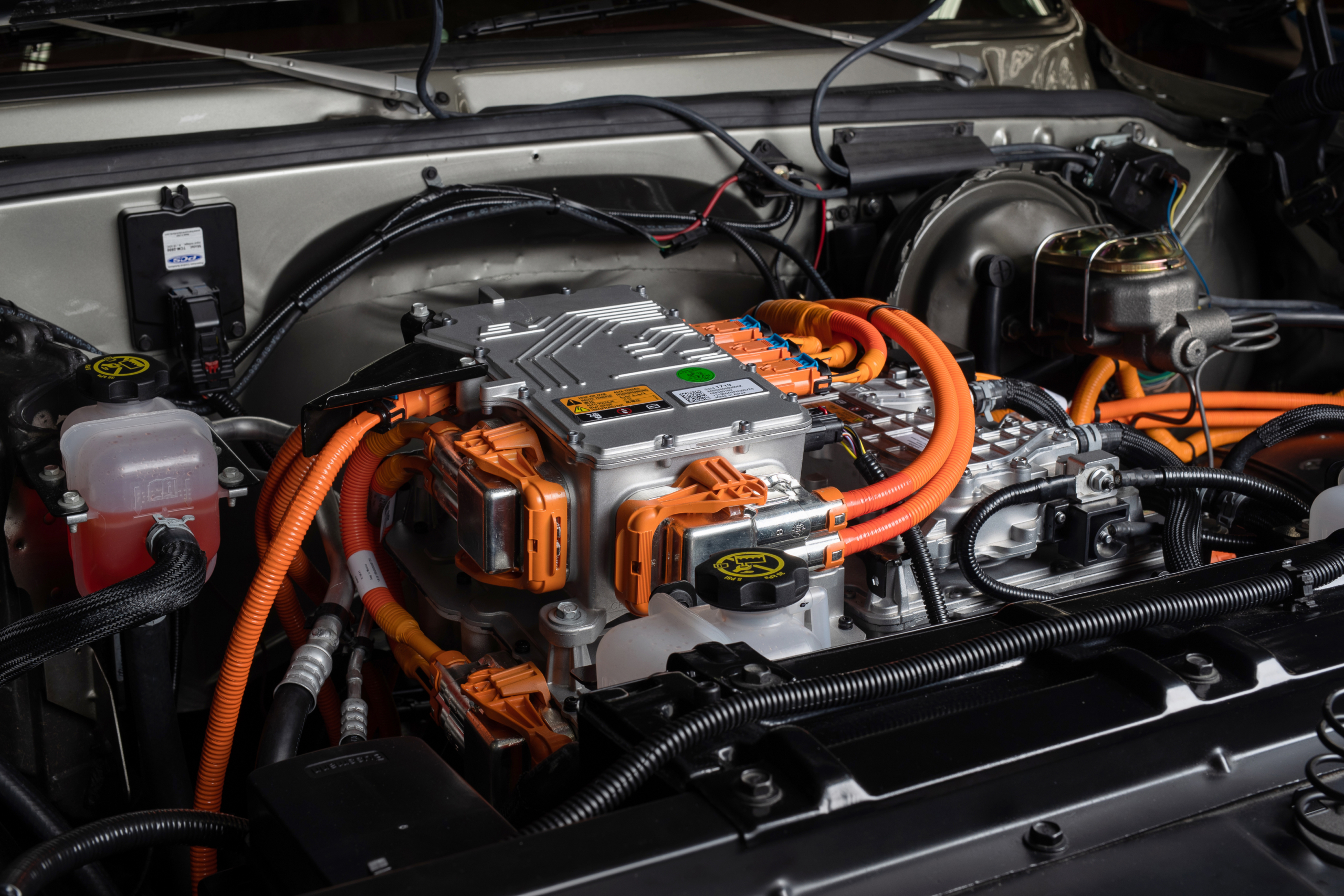 While the engine, exhaust, transmission, and fuel system are gone, the rest of the Blazer drivetrain remains untouched, including the transfer case, driveshaft and axles. They utilized production controllers and wiring harnesses to preserve many of the Bolt’s features, including shock protection, battery heating and cooling, battery-overcharge protection, and even regenerative braking.

What’s in the box 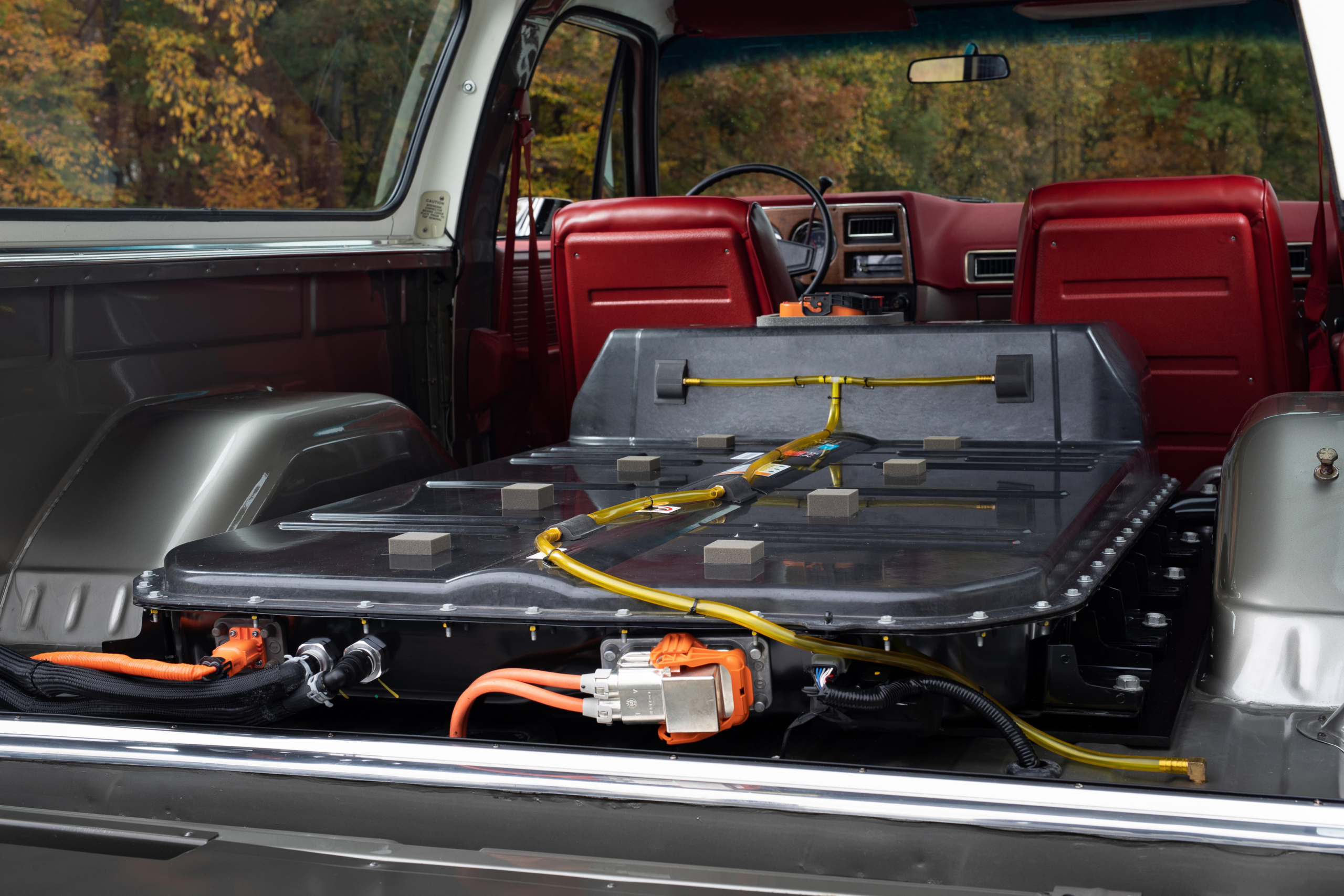 The first of these packages Chevrolet is planning is expected to be available in the second half of 2021. This 60kWh powertrain mentioned here is the first they have planned but there will be more. Here’s what you get with this 60kWh package:

Chevrolet will also be certifying installers for this package, both dealers and independent shops. Lingenfelter will be the first to get this certification while Chevrolet also tests the certification program themselves. Once that’s all done, the EV conversion floodgates will truly be opened. 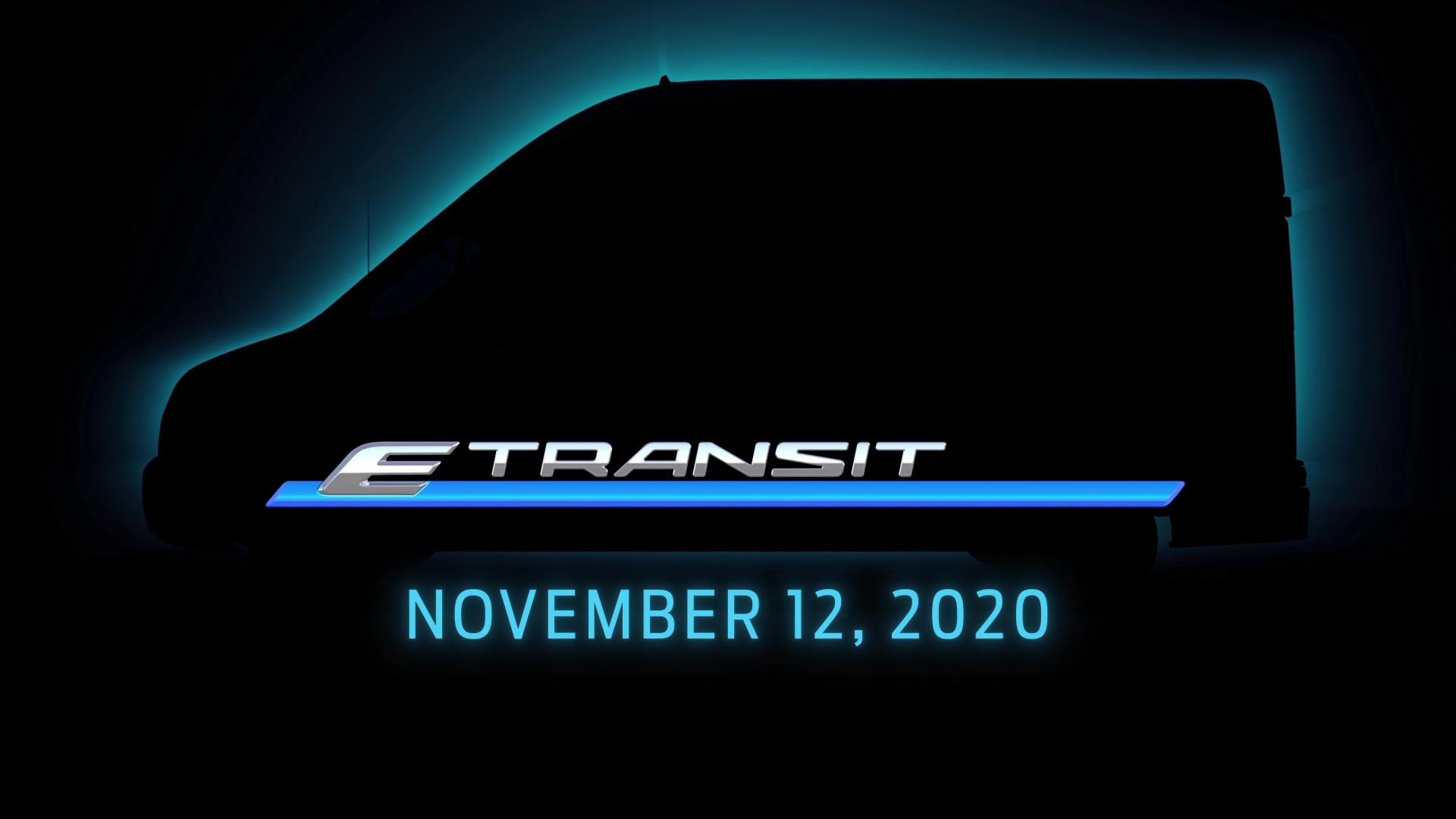 Not to be outdone in this week’s EV news, Ford is planning something big. Very big. November 12th will be the day when Ford unveils the E-Transit, which as the name implies, is an all-electric version of their best-selling Transit van.

Ford says the world is opening up to electrified delivery services (as shown by Amazon’s massive EV van order) and the time is right to enter this arena themselves. They looked at studies in the US, UK, and Germany and found people to be more eager for these kinds of services than they were just a few years ago. Ford specifically mentioned this change of opinion in America, so take that as some kind of confirmation that this will be coming our way too.

We’ll be tuning in on November 12th to see what they’ve created. Until then, Ford offers this closing statement:

The world – and the way we power our vehicles – is changing. It’s why the time is right for a new type of Transit, something that remains the backbone of commercial business while serving both our community and the environment. Never has there been a better time to realize that doing the right thing is good for business – ours and yours.