Welcome to the Hooniverse News! As always, this is a weekly recap of the biggest stories in the automotive industry without the fluff or bull. This week, Porsche unveils a cheaper Taycan 4S, Saleen is going GT4 racing with the S1, BMW unites a divided country on the 2 Series Gran Coupe, Formula 1 may be coming to Miami, and IMSA names John Doonan as their president. 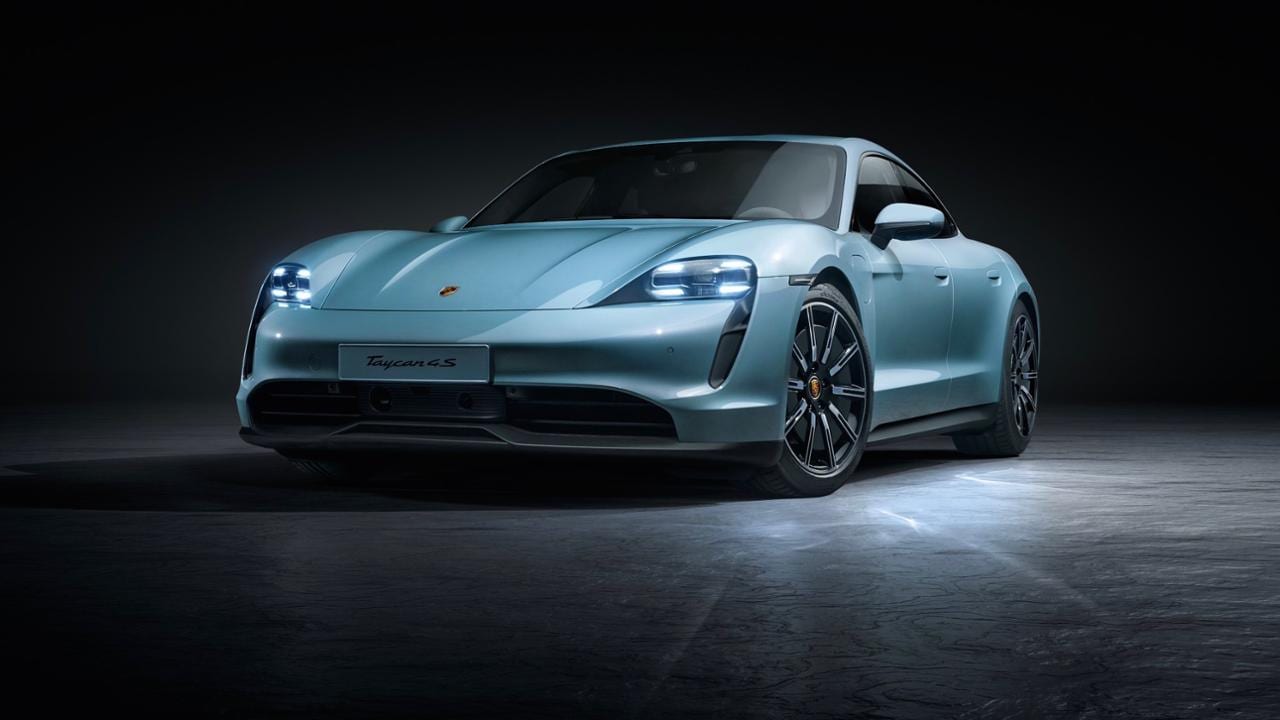 Following Porsche’s release of the super fast and super expensive Taycan not-a-Turbo models, the calls for a cheaper option that focused less on performance grew louder, and for good reason. Porsche’s first all-electric car was shown in trim levels ranging from $150k to $180k, and that’s before adding the options. This week’s Taycan news works to address that. The Taycan not-a-Turbo and not-a-Turbo S were good for making an initial impression, but the one you’re more likely to see is this: the $105,150 Taycan 4S.

Based on Porsche’s regular trim level hierarchy, the 4S is on the lower end of the spectrum with only non-S and non 4 (wheel drive) models below it. It’s possible the same will apply here. But as for the Taycan, 4S trim means less outright performance than the top dogs but with the option to have the greatest range in the Taycan family (so far). It’s a more civilian option so to speak as opposed to the ridiculously quick not-a-Turbo models, but it’s still a Porsche. 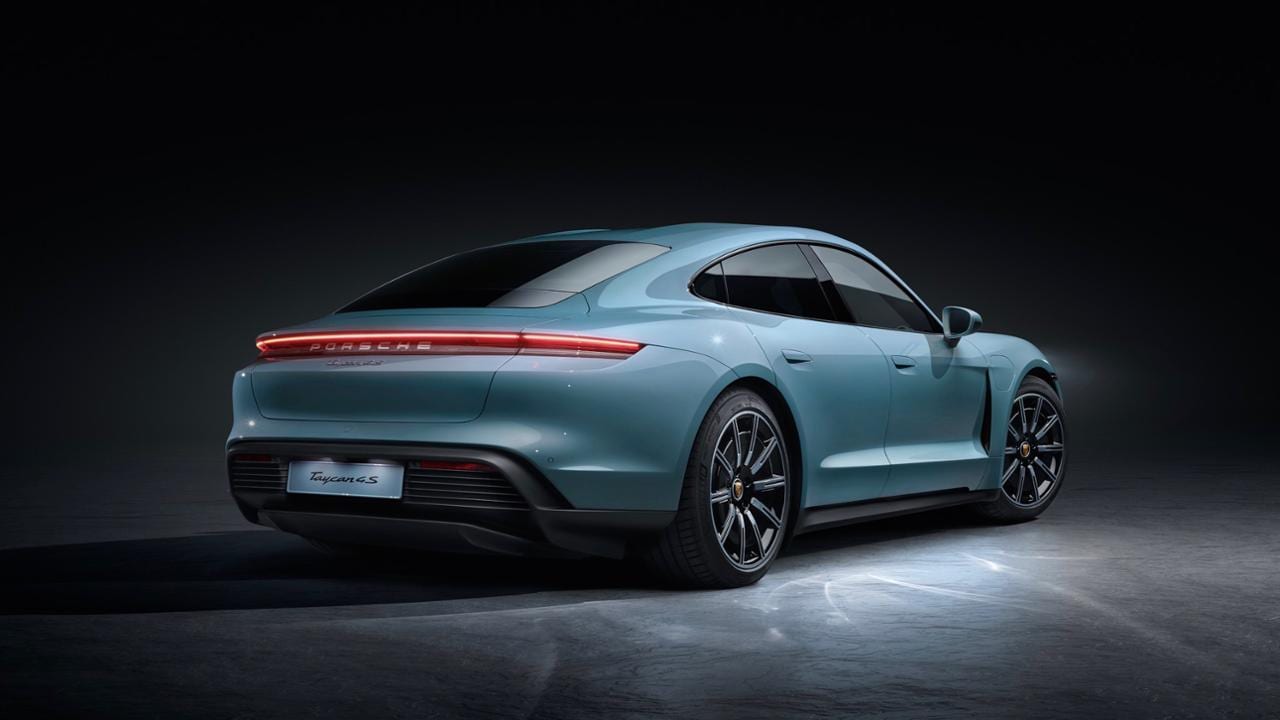 Two batteries are offered, the first being a 79.2 kWh single-deck Performance battery and the second being the same 93.4 kWh two-deck Performance battery Plus from the not-a-Turbo models. Power outputs differ with each battery as well, with 523 horsepower being the standard and 563 horsepower unlocked by the bigger battery. The drivetrain is the same as we’ve seen on the other performance models, meaning two “permanently excited” (good for them) synchronous motors split between both axles and a two-speed transmission on the rear axle. Both variants of the 4S accelerate to 60 mph in four seconds and the top speed is 155 mph. Driving range (on the WLTP cycle, not EPA) is 253 miles with the standard battery and 288 miles with the upgraded Performance Plus battery. So far that’s the longest a Taycan can go on a single charge. 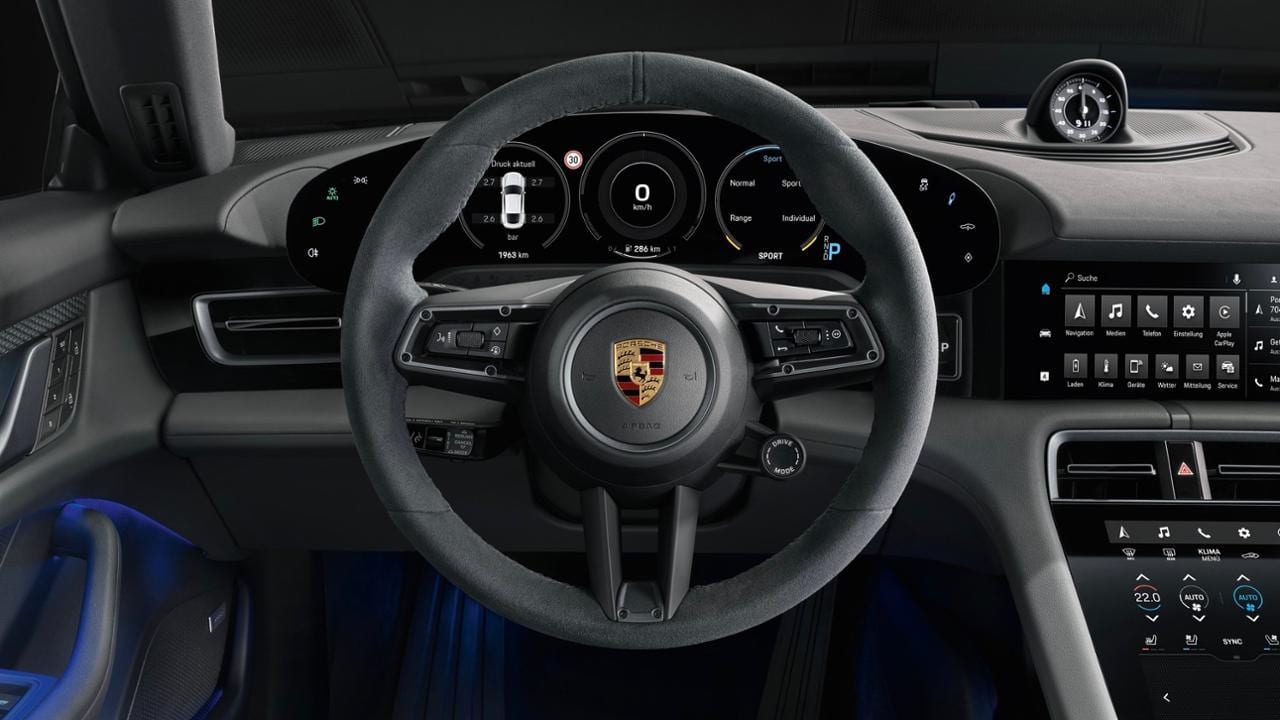 The Taycan 4S is available to order now and will arrive in Europe first by January 2020. 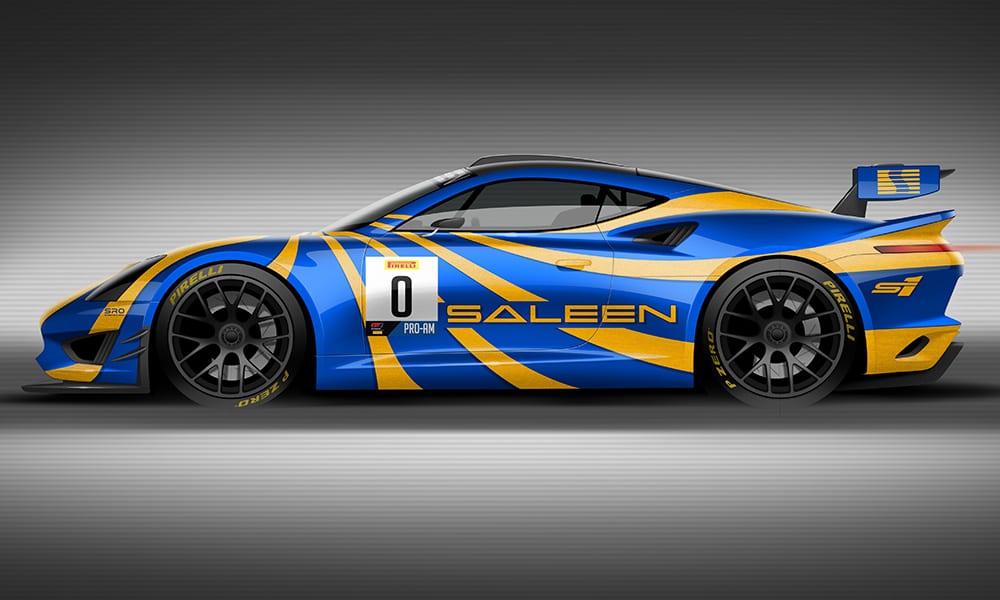 A year or two ago Saleen announced they were entering the racing scene again with the Saleen Cup, a one-make series with the new Saleen S1 Cup Car. During their inaugural season this year they noticed something… turns out the times drivers were posting at each track was on par with the times posted by other GT4 cars in SRO competition. Because they pretty much had to and because the GT4 class has exploded with popularity, Saleen is going GT4 racing with the S1.

The GT4-spec S1 only differs slightly from the Cup Car to conform with class rules. The car’s bodywork sees most of the upgrades with a new splitter, rear diffuser, rear wing, and fenders that likely give it more downforce than what the Cup Car had. Power comes from a 2.2-liter turbocharged four-cylinder with 450 horsepower. According to Sportscar 365, the cars will be build at Saleen’s facilities in Corona, CA next month and have a full year of Pirelli GT4 America competition planned for next year, pending SRO homologation. 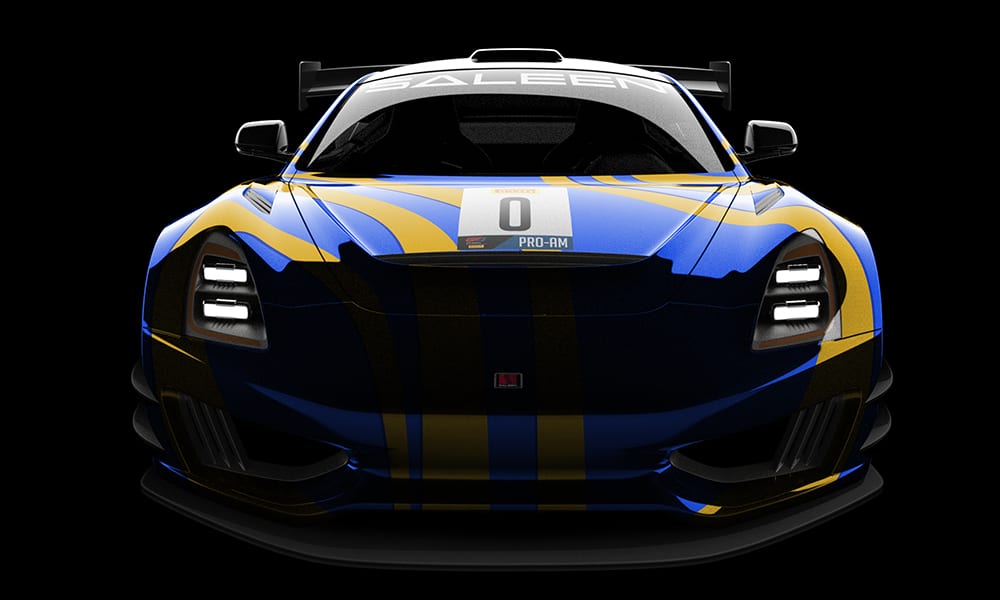 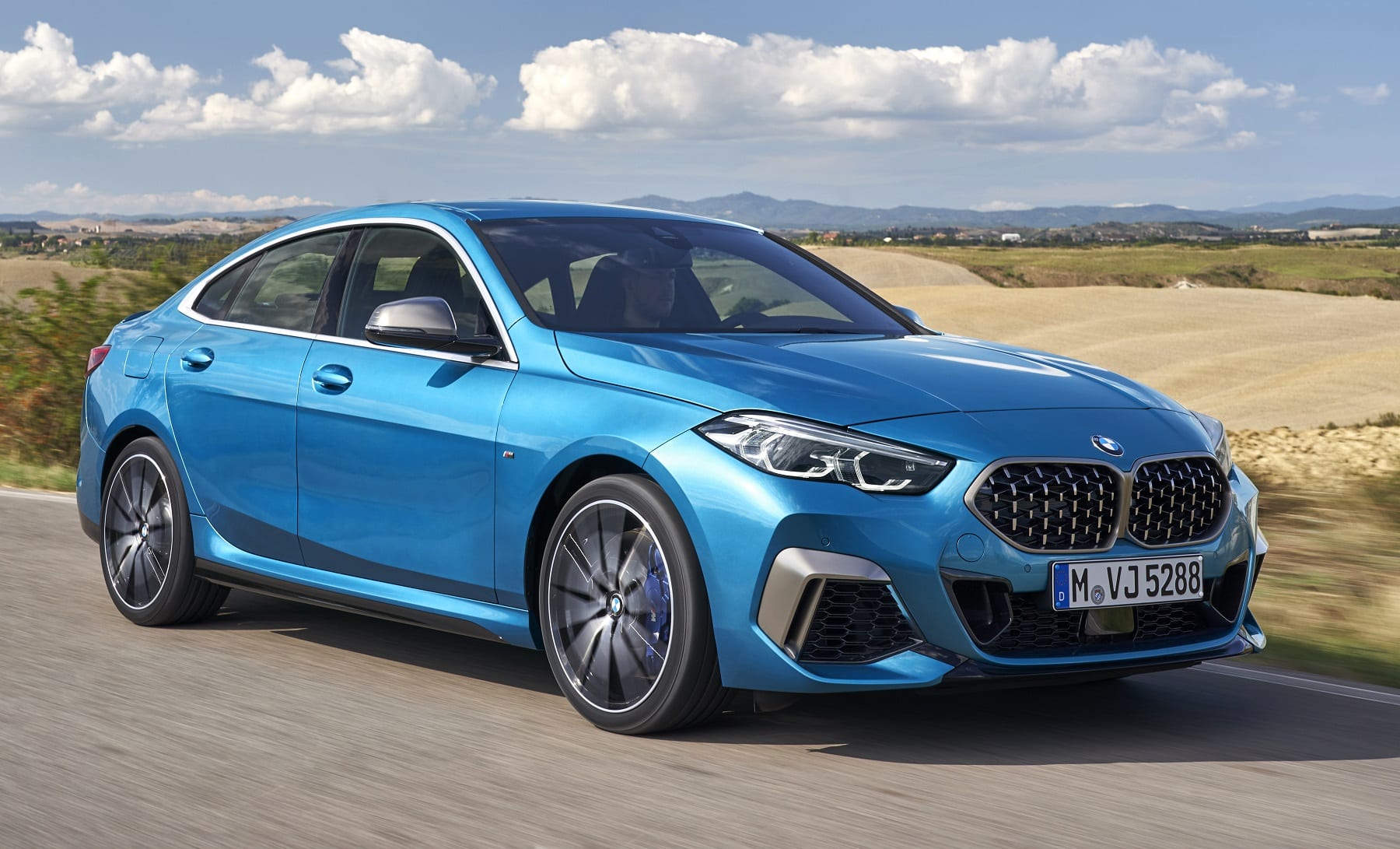 We live in truly divided times. We’re all at each others throats over every single little issue when we used to talk to each other as friends and neighbors. It’s so rare for us all to be truly united on anything anymore.

So it feels wonderful to see everyone in agreement with each other that this BMW 2 Series Gran Coupe is shit.

F1 Race at Miami in the Works 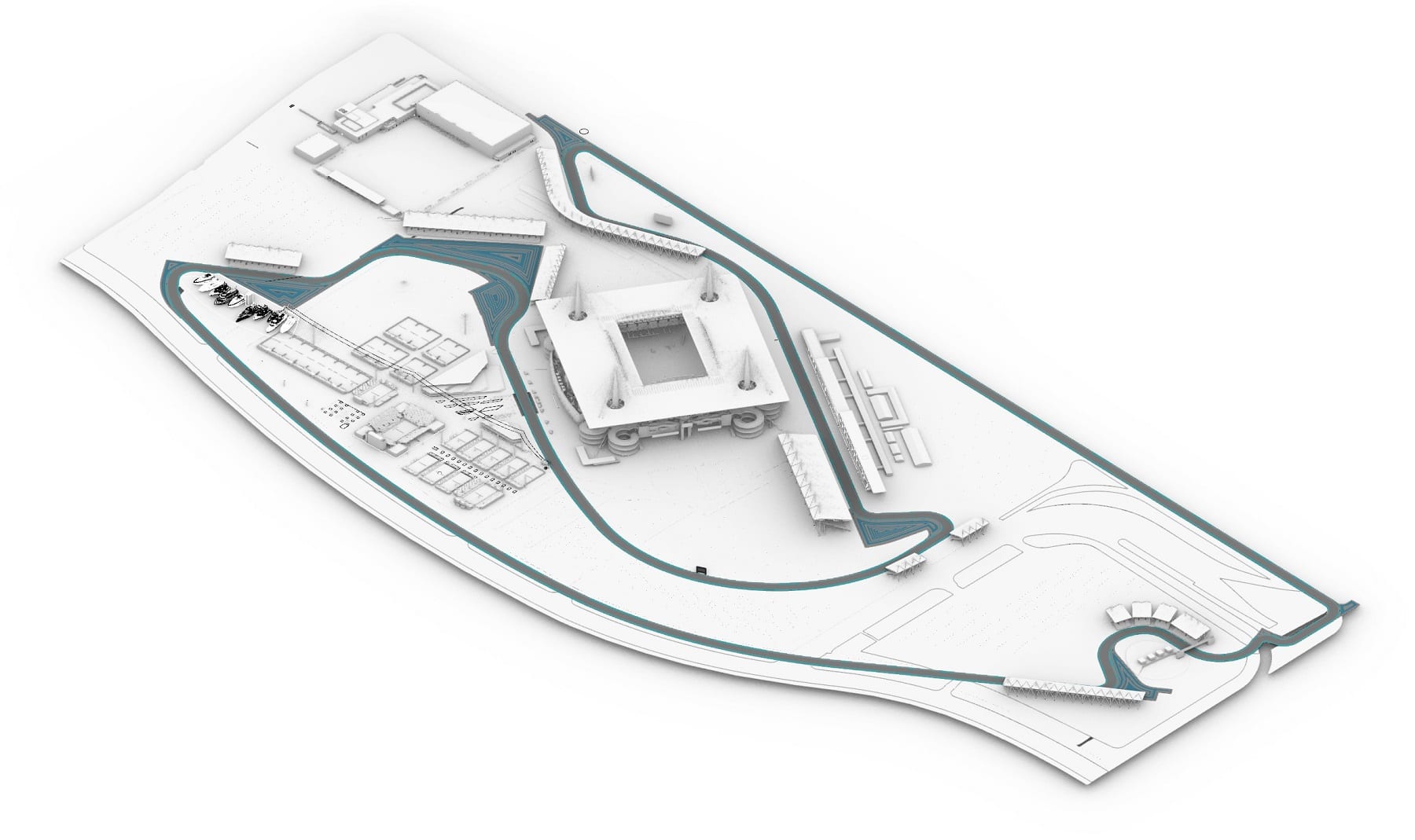 Formula 1 seems hellbent on racing in Miami one way or another. After their most recent attempt at a street circuit there failed, there finally seems to be some traction. The Miami Herald reports that Formula 1 and the Hard Rock Stadium have struck a deal to hold a grand prix at a street circuit carved around the stadium as early as May 2021. Only approval from Miami-Dade County and reality are in the way now. Making it all look a little more official are some high-res renderings obtained by Jalopnik. Will Formula 1 add a second grand prix to the US? Will this replace that fancy race track in Austin that was built pretty much exclusively because of Formula 1? Will any of the infinitely superior road courses already in existence in the US ever get love from the FIA? We’ll follow this story as we can. 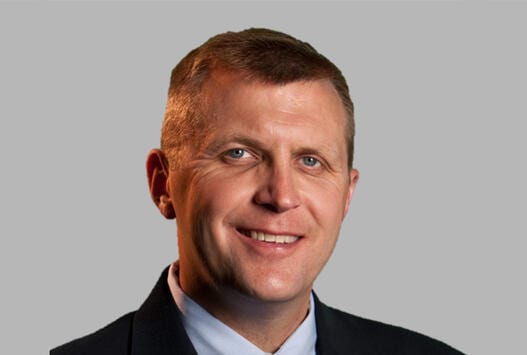 This was the only image IMSA provided. High resolution scares them.

Following longtime IMSA President Scott Atherton’s retirement, IMSA has formally announced his replacement. John Doonan, formerly the directory of motorsports at Mazda North America Operations and one of the people responsible for their DPi program, will take over the role on October 21st.

And now, have some quotes because I don’t know what else to write.

“This is a once-in-a-lifetime and dream opportunity after attending IMSA races since I was young boy,” Doonan said. “I am very humbled and truly honored to have the opportunity to join the IMSA team and I’m really looking forward to making a positive impact for our sport, our partners and our industry.”

“John is a fantastic choice to become our next president, to build upon the momentum of our just-completed 50th anniversary season and take our sport to the next level,” said Ed Bennett, IMSA chief executive officer. “He is respected, well known in our paddock, and brings a strong passion for motorsport that will greatly benefit everyone involved.”

As big fans of IMSA ourselves, everyone here at Hooniverse wishes the best for John Doonan in this role and nothing but happy times ahead for the recently-retired Scott Atherton. We’re looking forward to the future of IMSA now more than ever.