Welcome to another completely boring and uneventful season of the hit show “2020”. Despite it being a real snooze fest that kept us all wishing for just anything interesting to happen, some automakers dropped a few bombshells on us that are worth talking about. So welcome to the Hooniverse News! As always, this is a weekly recap of the biggest stories in the automotive industry without the fluff or bull. This week: Volkswagen debuts the new Golf R, Subaru gives first official teaser for the new BRZ and it’s coming soon, Porsche is caught testing a Taycan wagon, Bentley commits to 100% EV power by the end of the decade, and your automotive news for the week. 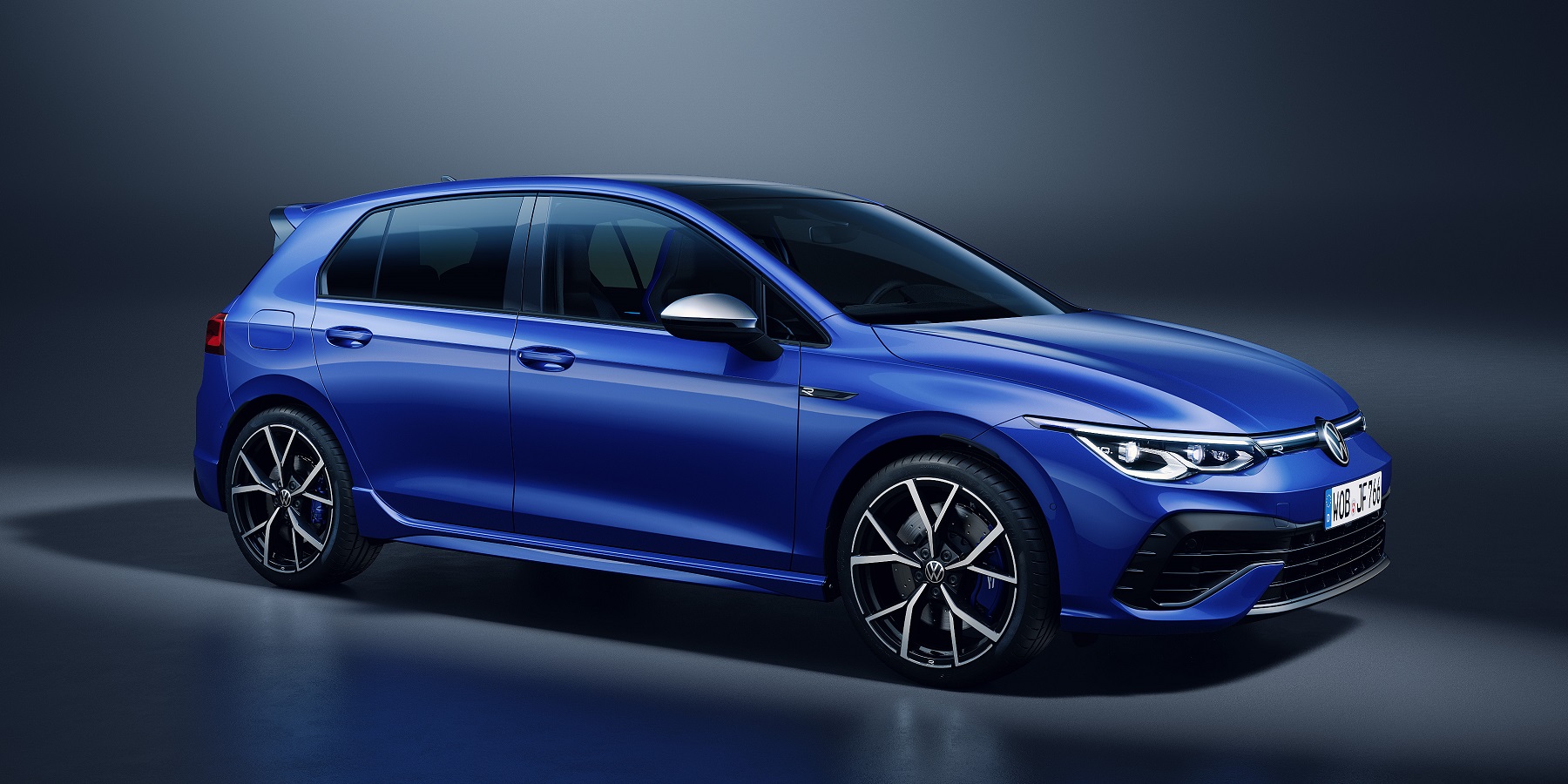 Volkswagen’s performance halo gets another iteration on the new eighth-generation Golf platform. As is expected of every new sports car, the 2022 Golf R will be the fastest and most powerful one they’ve made yet. It also gets some new tech to back it up. Here’s the rundown…

Volkswagen has given the Golf R their most powerful EA888 powerplant yet. The turbocharged 2.0-liter four-cylinder now produces 315 horsepower and 310 lb.-ft. of torque. That’s a substantial increase over the previous generation’s 288 horsepower and 280 lb.-ft. of torque. That peak torque is available over a very broad rev range which will make sure there’s a steady flow of power in any gear. Some new tricks include a fully electric coolant regulator unit for excellent thermal management and a short warm-up phase. It also has variable valve timing on both the intake and exhaust cams for more control over achieving optimum performance, efficiency, and emissions. 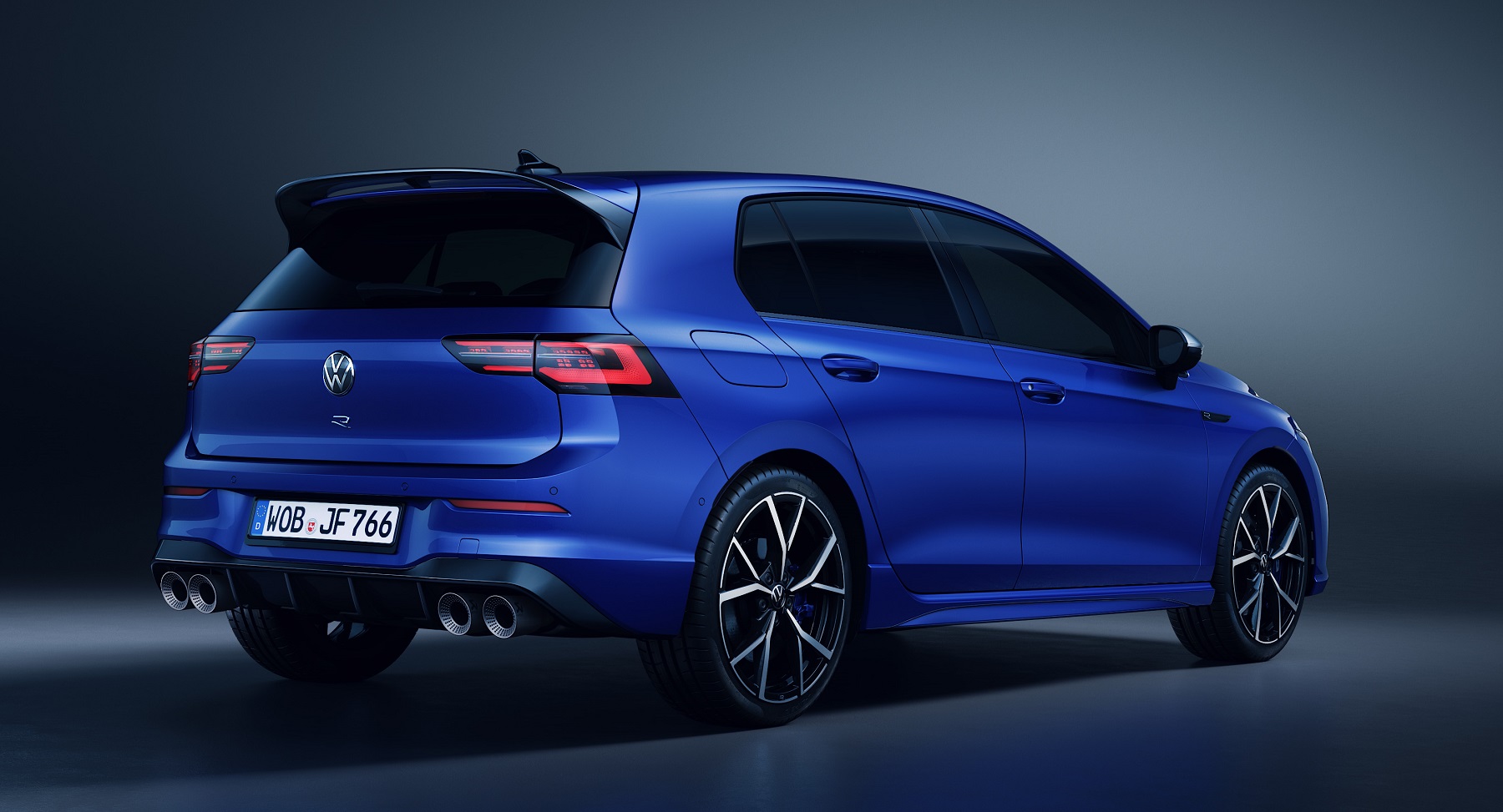 The standard gearbox in North America is a six-speed manual while the super-quick seven-speed DSG is an option. From there, power goes to all four wheels through a new 4Motion system. It features a newly developed rear differential which can now distribute power between the left and right rear wheels (up to 100% of it) in addition to the system’s ability to shift power loads between the front and rear axles. VW says the benefits are a tighter cornering radius, less understeer, and greater agility compared to its predecessor. This 4Motion system helps achieve a 0-62 mph time of 4.7 seconds.

Its suspension has been improved as well with a strut-type front and multilink rear suspension with slightly stiffer spring rates and roll bars. The front wheels have more negative camber on the factory alignment and the front subframe is now made of aluminum for a 6.6 pound weight reduction. Braking is also improved with front brake discs that are now 14.1 inches in diameter, up from 13.4 inches in the last car. There are two pistons clamping down on them and the discs themselves are now aluminum for a 60% weight reduction. 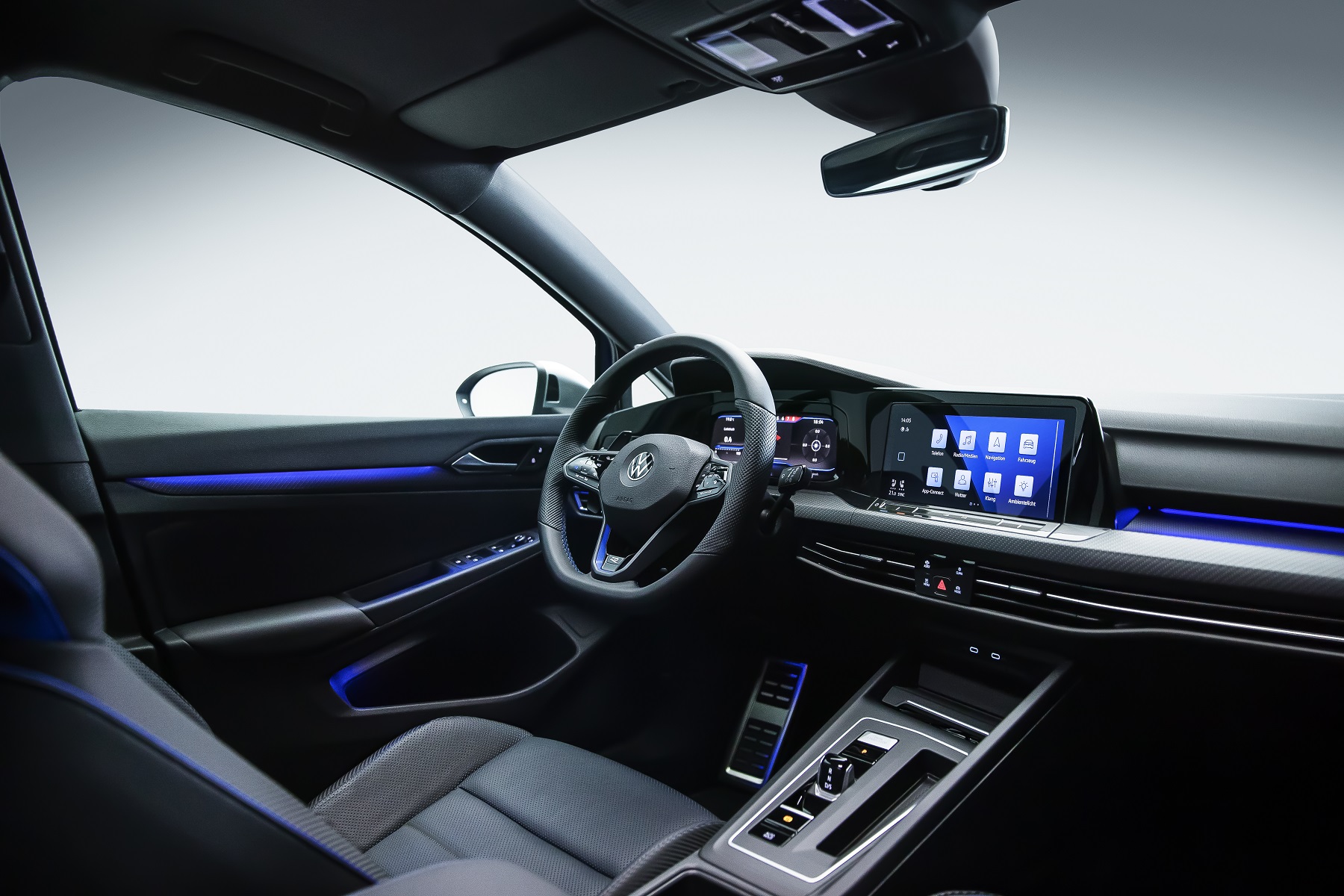 Additionally, there’s a new Vehicle Dynamics Manager on board to monitor the car’s performance and apply corrective action if needed. This controls the 4Motion system, dampers, traction and stability control, and that new diff. Among the usual driving modes you’ve come to expect, the new Golf R also has a “Special” and Drift Mode. Yup, the Golf R has a drift mode now. As for that Special mode, that calibrates the car with a setup made specifically for the Nürburgring. Compared to normal Race mode, this mode has softer dampers, a different automatic shift profile under braking (if applicable), and AWD controls optimized for corners on the north course. Meanwhile, Drift mode is sure to create some funny YouTube compilations in the near future.

The 2022 VW Golf R will launch in the later half of 2021 here in the US and Canada. Europe may get it a little early. No pricing yet either but that’ll come out later.

As has long been reported, the enthusiast special that is the Subaru BRZ is in fact getting a new generation. It’s been leaked, rendered, and even caught under wraps in testing, but now it’s just gotten a little more official. On Subaru’s website is a future vehicles page which now shows definitive proof of a new BRZ that is just weeks away from seeing the light of day. November 18th is the special date and you can bet we’ll be on that.

In cars meant for rich people but are still kinda cool news, Porsche has been caught testing the Taycan again, but this one’s a bit different. It seems that the old Mission E (which became the Taycan) Cross Turismo concept is getting a shot at life. This was an off road-oriented wagon that was shown two years ago. As the Mission E evolved into the Taycan, it seems Porsche found a place for such a car to be brought into production. Almost.

Spy photographers at Motor Authority seem to have caught one of these mythical creatures testing in public with very little camouflage. While this one certainly doesn’t seem like it’ll be factory-built Safari car like the concept, it’s at least confirmation of some sort that a Taycan wagon is coming. From there, it’ll be wheels, tires, and a lift kit away from that concept brought to life.

But off roader or not, the Taycan Cross Turismo (or perhaps Sport Turismo) is already shaping up to be a stunning example of automotive design which I’m sure will be bought by countless dozens. If you want to salivate over a car that few of us will ever see, head on over to Motor Authority for the full gallery.

Bentley commits to all electric lineup by 2030 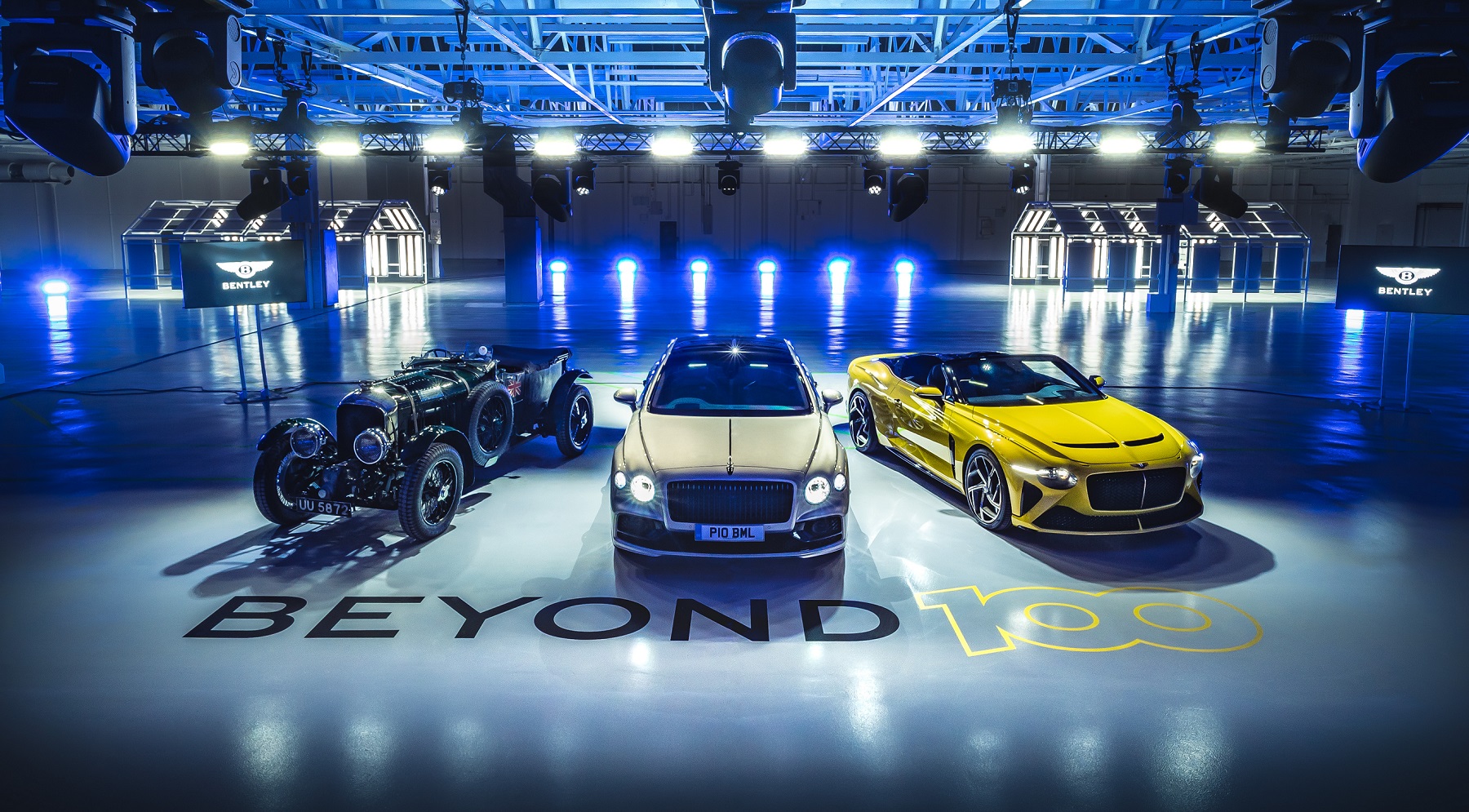 In more cars meant for rich people but are still kinda relevant news, Bentley has committed to having a fully electrified lineup by 2030. For the rest of the decade, Bentley’s lineup will begin to transition to plug-in hybrid electric or battery electric only. By the end of the decade though, it’ll be all battery electric and the company hopes to be carbon neutral end to end.

While Bentley themselves will be carbon neutral by then if all goes to plan, the real question is whether their customers will. An EV can only go so far in saving the world when it wears the hides of 20 cows and is used to ferry people between their private jets. Here’s hoping Bentley takes hints from other manufacturers like Polestar and Toyota by adopting recycling for new car materials and investing in cleaner battery production. They have the rest of this shit storm of a decade to make it happen. As for their buyers… who knows. Maybe by then those people will realize that liking an Elon Musk tweet doesn’t mean shit for climate action.