Welcome to the Hooniverse News! As always, this is a weekly recap of the biggest stories in the automotive industry without the fluff or bull. This week: Ford debuts new Explorer that’s built for exploring, NASCAR Next Gen is a major overhaul for the sport, some new dumb Ferrari, the Lightning name may be coming back to Ford, and Porsche is reuniting with Penske for LMDh program. 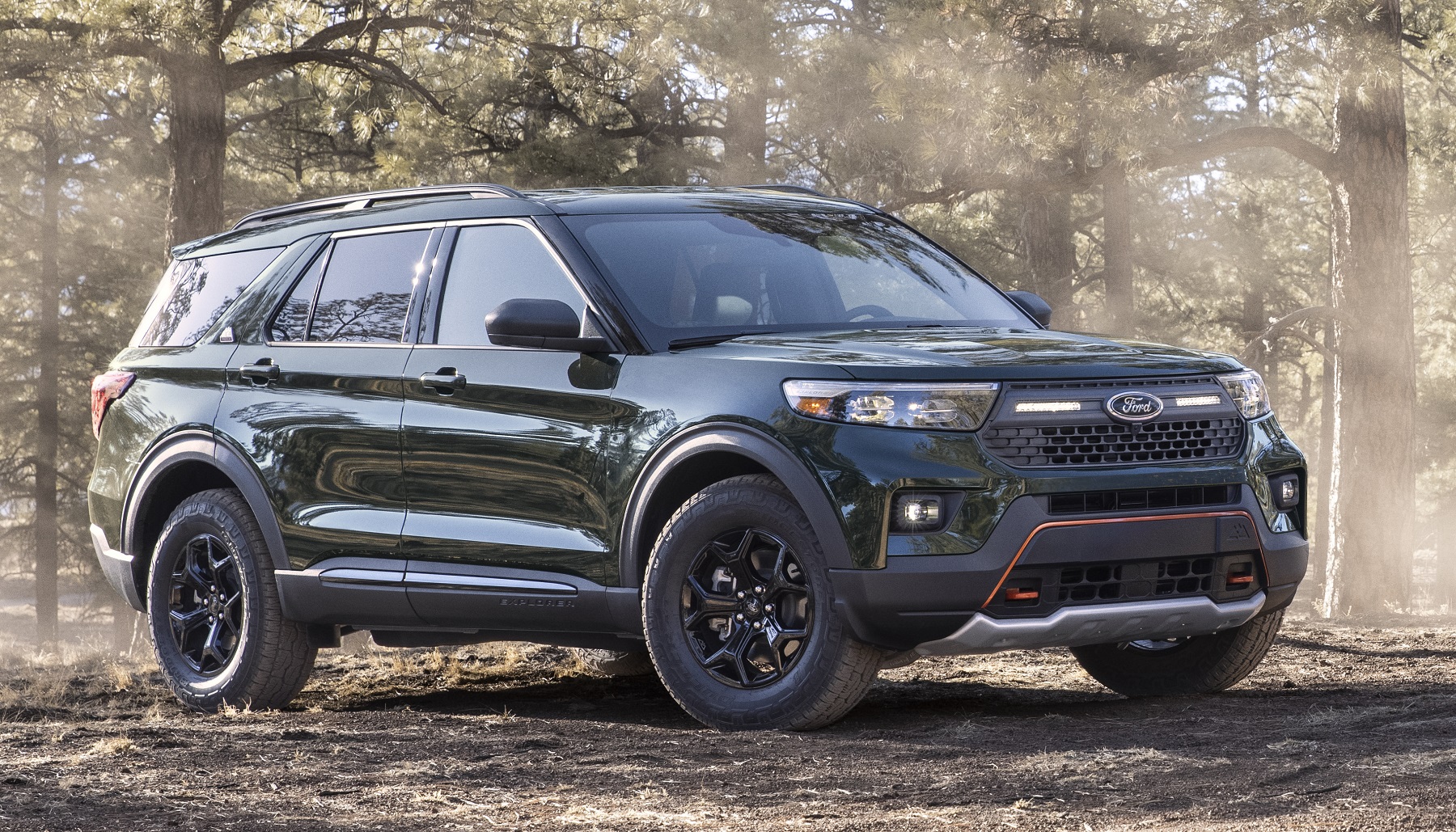 Ford’s king of the SUV market continues to expand its lineup. The Explorer has had Sport, ST, and King Ranch trims added recently, but there wasn’t much for buyers who were interested in taking their family SUV deep into the wilderness. Until now. Say hello to the Ford Explorer Timberline, what Ford calls the most rugged, off-road capable Explorer ever. Or in other words, it’s an Explorer that you can truly explore with.

What’s likely to be the first in a series of Timberline trims among Ford SUVs, this one sets the stage for a more potent competitor to various Jeeps and other “go anywhere” SUVs. Ford says customer data indicates a strong desire to get outside and explore nature, so they’ve built the Explorer Timberland to be a companion for those people. Its off road abilities begin with standard “intelligent” four-wheel drive and a Torsen limited-slip rear differential, a first for the Explorer. It also receives a Terrain Management System with seven drive modes covering all sorts of road conditions and Hill Descent Control. 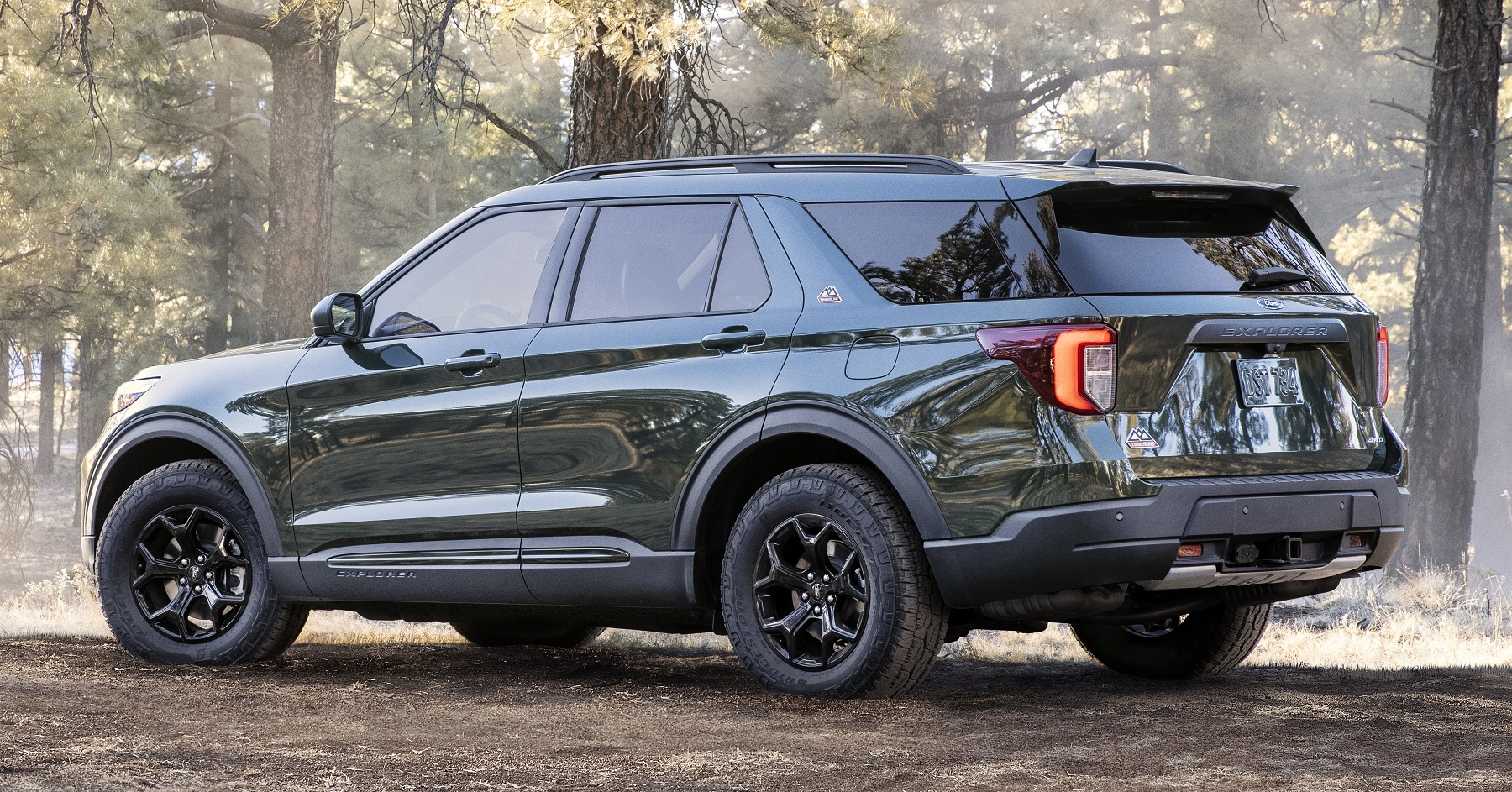 The Explorer Timberlake has more ground clearance with an increased ride height of 0.8 inches. This is thanks to more robust shocks borrowed from the Explorer Police Interceptor and the high-sidewall Bridgestone Dueler P265/65R-18 all terrain tires. Its steering, stabilizer bars, and springs are all specially tuned for this package. It also adds an exclusive front rebound spring to help prevent sudden jarring while on your favorite trail or when driving through downtown Atlanta. Its new front and rear fascias aren’t just for looks – they’re really meant to allow for a greater approach and departure angle of 23.5 degrees and 23.7 degrees respectively. And should the Timberleaf’s minimum ground clearance of 8.7 inches prove to be insufficient, it’s protected by standard steel skid plates. This starts underneath the front, continues under the engine and transmission, and through the rear of the vehicle. The only powertrain Ford mentions as being available with the Timberwolf is the 2.3-liter EcoBoost four cylinder, but with 300 horsepower and 310 lb.-ft. of torque that’s not exactly a bad thing. It also features the Class III Trailer Tow Package from the other Explorers as standard, which increases towing capacity to 5,300 pounds. 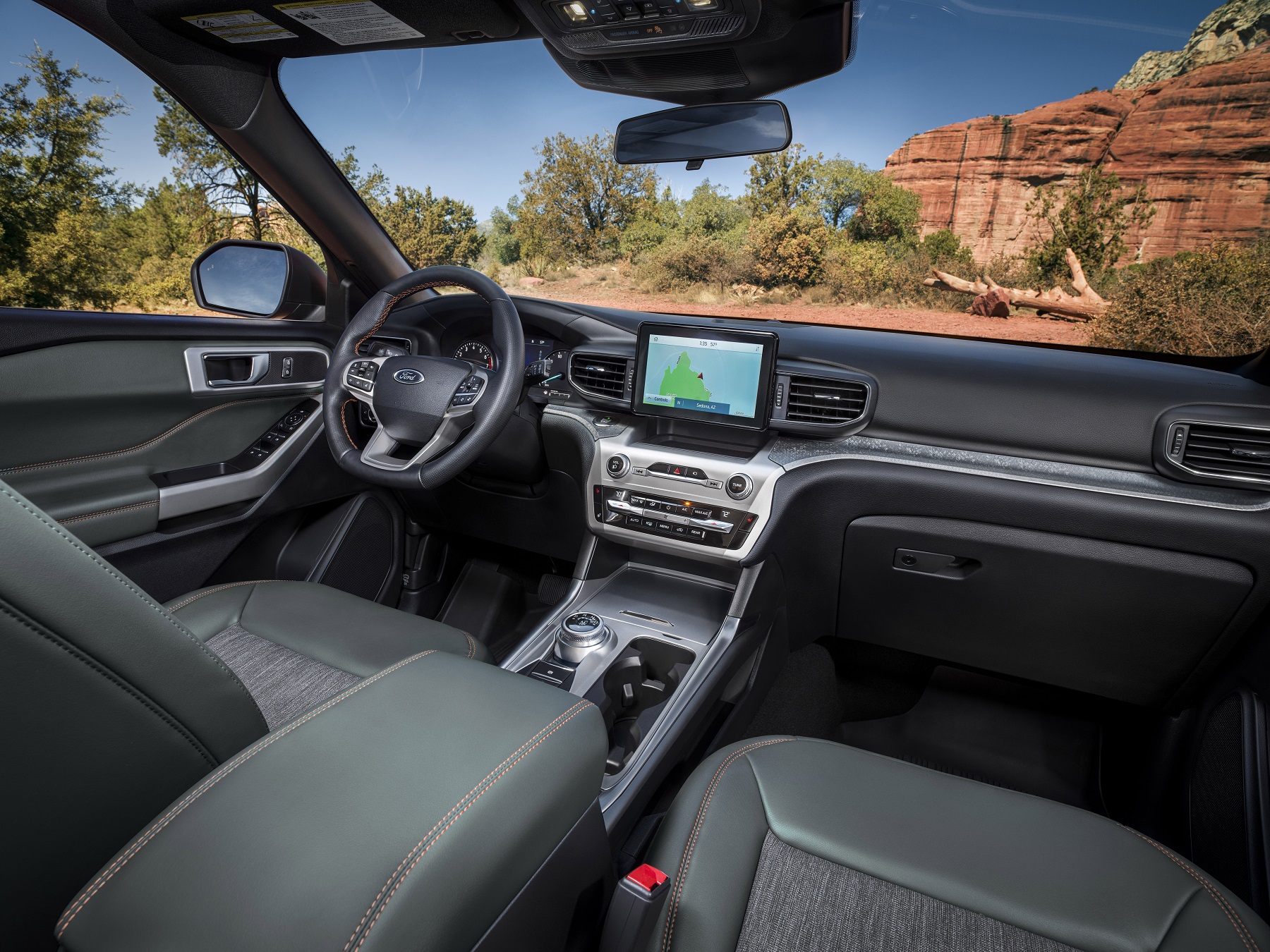 Other features geared towards the off road lifestyle are the LED fog lamps designed to illuminate trail edges at night. You can also fit auxiliary lights to the grille, whichs ship from the factory with provisions already incorporated. The dealer can install Ford Performance aux lights with an output of 160,000 candelas, roughly 2.5 times the brightness of the Explorer’s high beams. Meanwhile the interior features standard rubber floor liners and ActiveX seat trim with cloth inserts which makes it easy to clean up the cabin after some exploring.

No word on pricing yet but expect to see the Explorer Timberridge on dealership lots this summer. 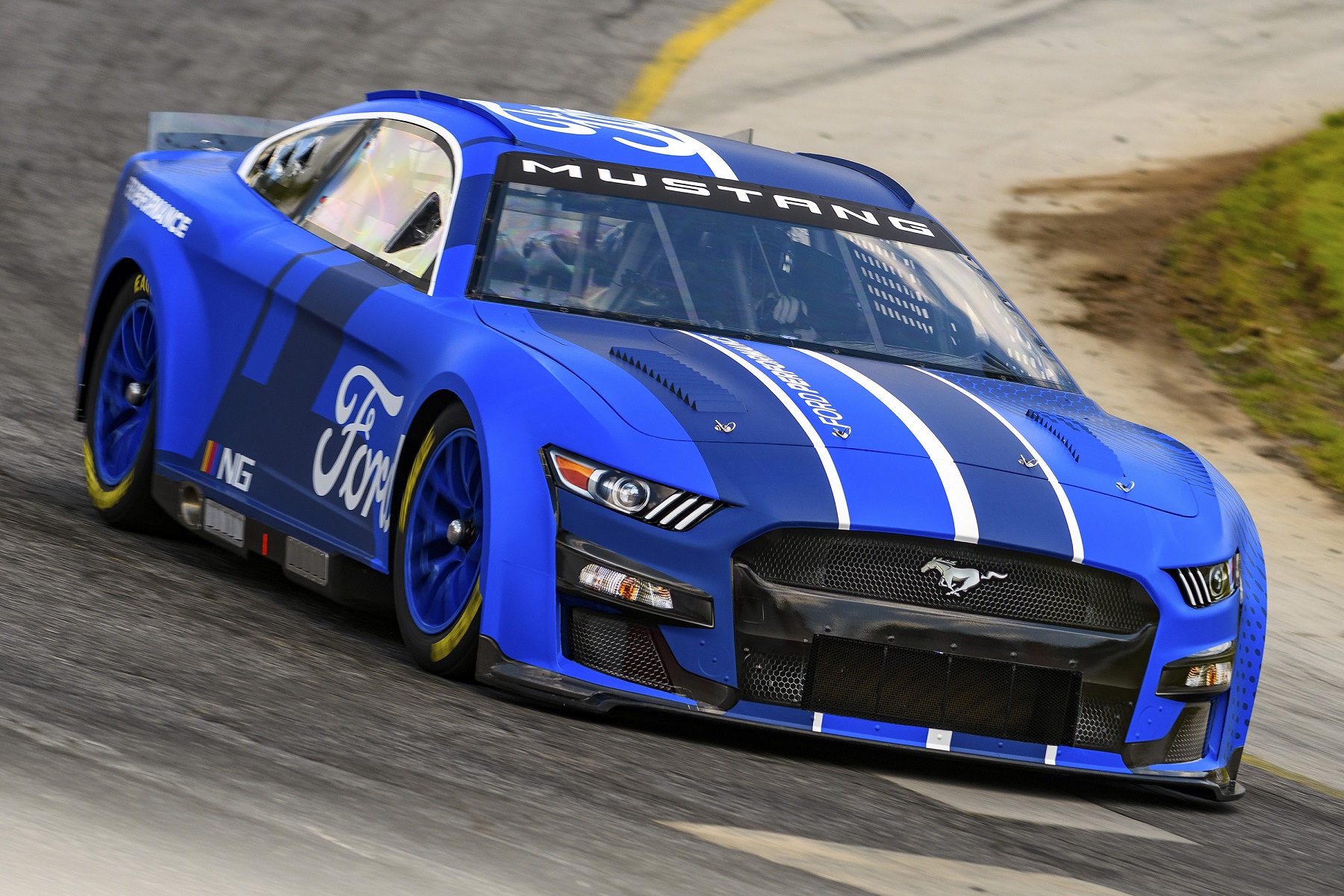 This was a big week for NASCAR who just unveiled their next generation race car, creatively named NASCAR Next Gen. At a media event in Charlotte, all three OEMs were present to show off what they had created in cooperation with NASCAR. This will be a high level overview to demonstrate how dramatic of a change this is for the sport, but there’s a lot of nitty gritty details to geek out over as well. Friend of Hooniverse and totally not a robot Bozi Tatarevic was on hand for some good tweets and a highly detailed article for Road & Track.

But here’s the skinny. The massive screaming V8s remain largely unchanged, but they are paired with a new five-speed sequential transaxle from Xtrac and sing through dual side exit exhaust. So they’ll be rung through tighter gearing and shifting more often and will also sound a little different. Perhaps the most controversial change is in the wheel department. Gone are the old school five-lug steelies. The Next Gen cars will be running 18″ center-locking aluminum wheels. While the spectacle of a tire change is going to be quite a bit different, the changes should be quicker and I’d imagine safer as well with fewer opportunities to improperly tighten a lug. But it seems the main reason for the bigger wheels was to fit bigger brakes. The new brakes are almost the size of the old wheels and will do wonders for road course performance. They will also handle better with new independent rear suspension with coilovers.

Another massive set of changes have been made to the bodies of these cars. They are now symmetrical, made entirely of composites, and have more modern aero and cooling ducts. The package also allowed each manufacturer to add little details to more closely resemble the road cars. The cars are also meant to be a little more resilient to wheel-to-wheel impacts and wall brushes during hard racing. Drivers will always find a way to break stuff, but cut tires and damaged suspension components from side-to-side battles should happen less often.

The 2022 Daytona 500 will be the first competitive outing for these cars but testing has already been underway for over a year and a half. More tests with more teams should start in the coming months. 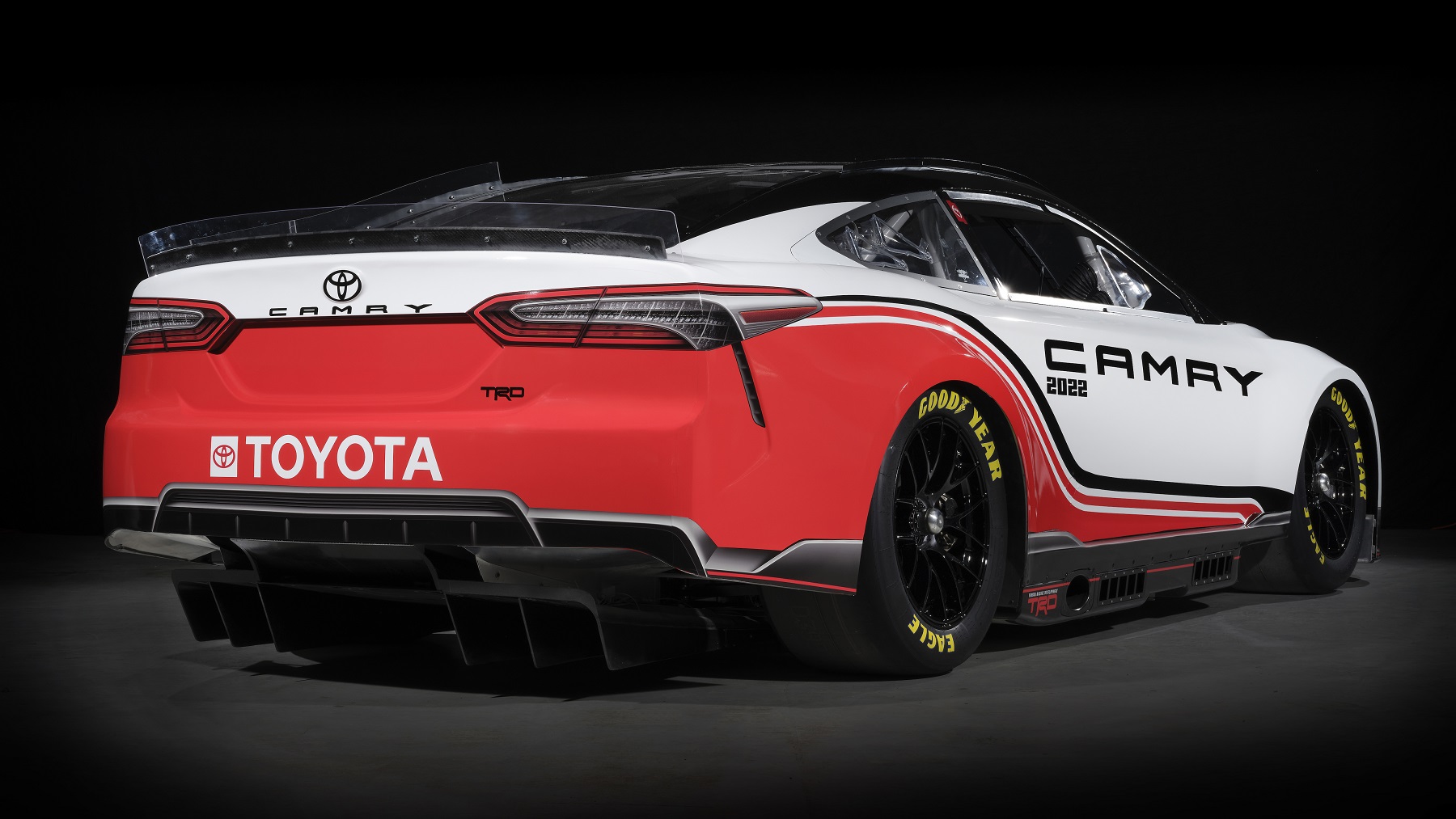 As someone who used to be big into NASCAR, this new car is genuinely exciting. I remember the whole Car of Tomorrow saga vividly… that was my first exposure to a big change in NASCAR. Though it was deserving of some of its complaints, namely that it was pretty ugly, it was still a big step forward and a huge improvement in safety. This Next Gen car is a leap. It’s a lot of change for fans to digest all at once, but I think the benefits will become clear as soon as it races for the first time. 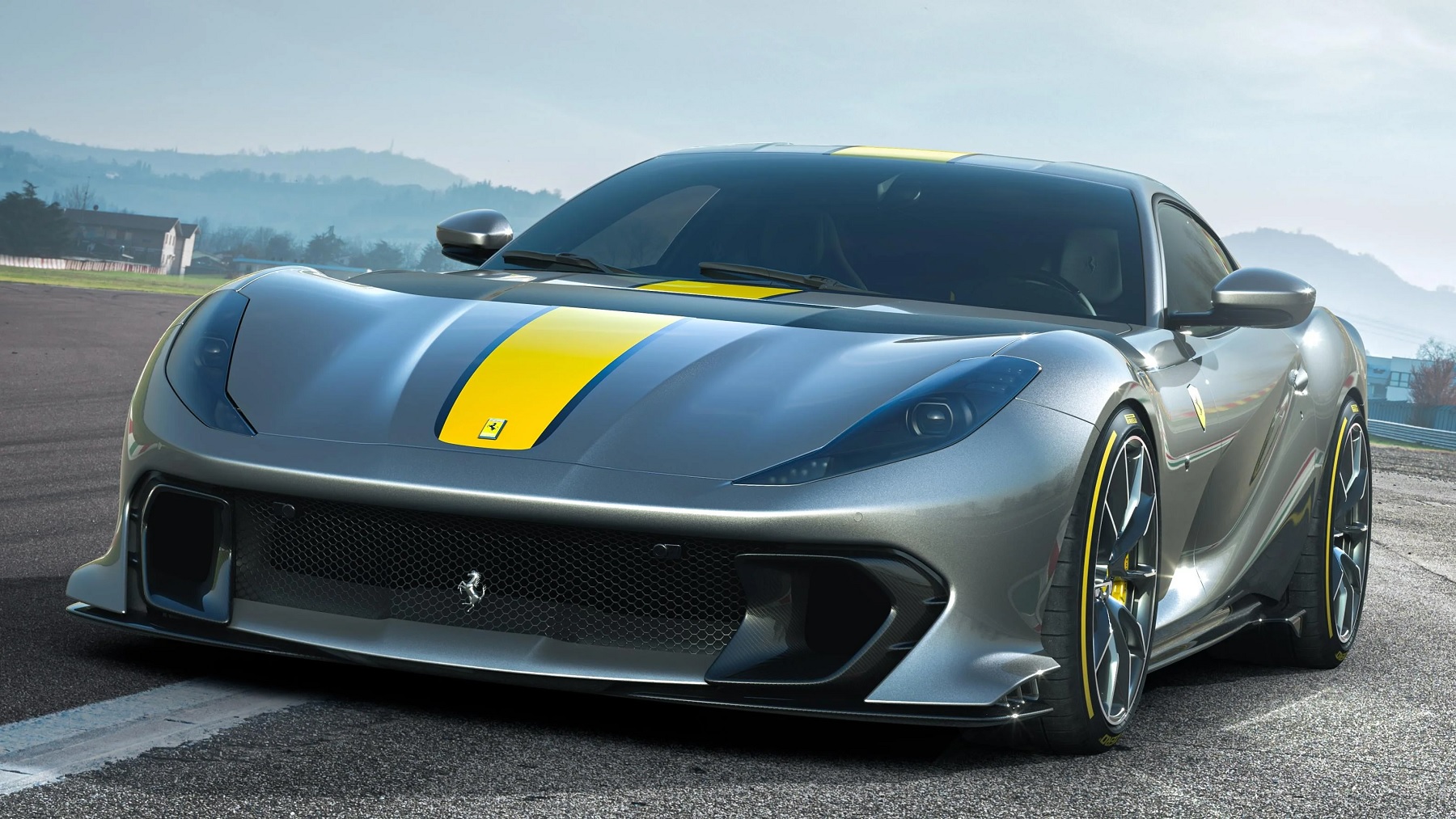 I’m only including this story because of SEO.

Coming soon to a Dogecoin investor’s Instagram near you, Ferrari has revealed a new limited edition 812 variant called the 812 Competizione and 812 Competizione A. One is a coupe. The other is a targa. Both are fast and have lots of power and lots of tech and stuff. They were both sold out before you and I wasted brain cells with knowledge of this car. 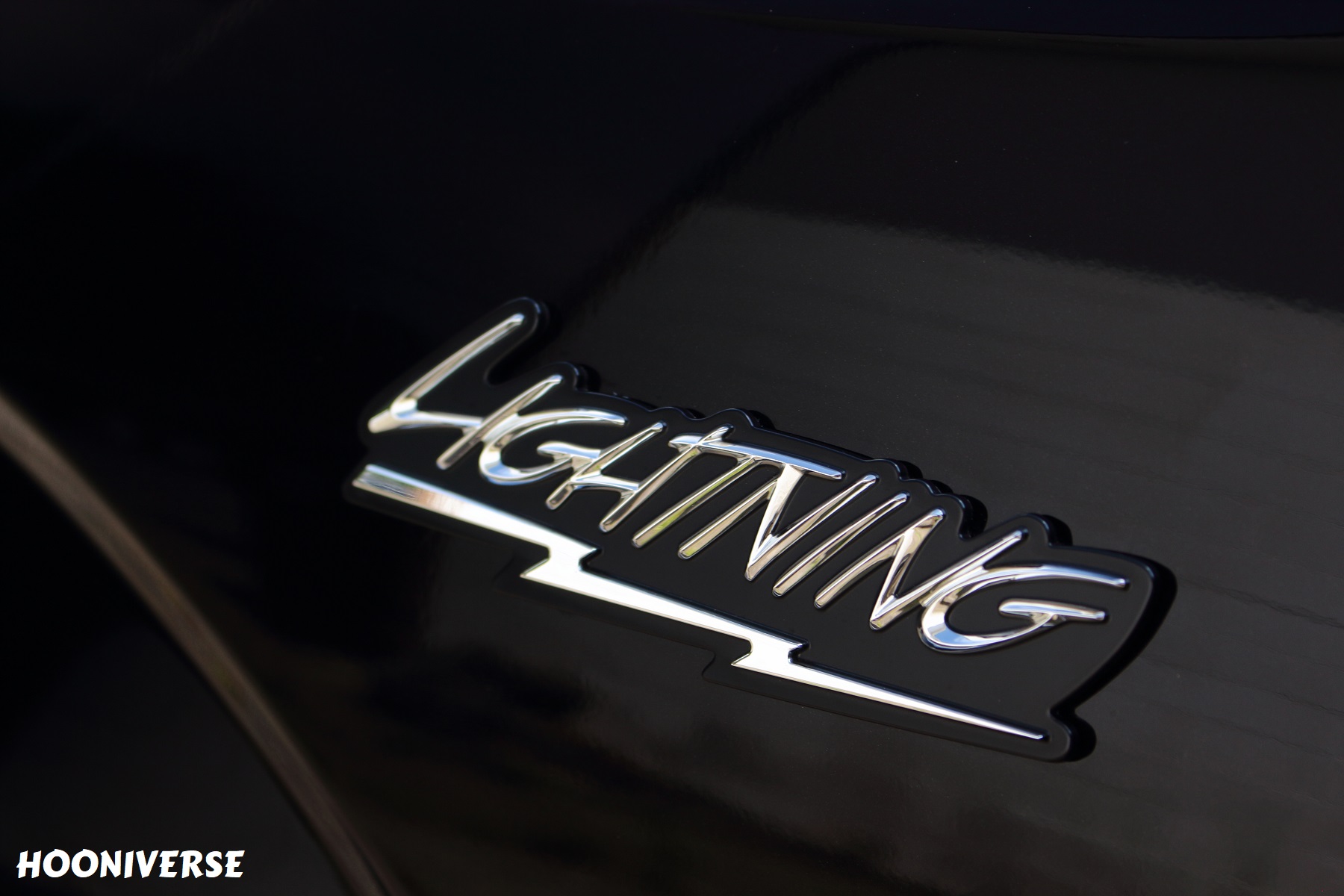 According to a report from Car and Driver this week, Ford is bringing back the Lightning, but not how you may have expected. It’ll make a lot of sense though.

Ford announced an all-electric F-150 was in the works and have been teasing it regularly. Almost immediately, the Lightning name – originally used on a batch of beloved sports trucks in the 90s – was brought up as a potential name for it. I mean, it just makes sense for an electric pickup, right? Well according to a Ford document provided to C&D, Ford thought so too. Very little is known about the truck but it’s believed it will have dual-motor AWD and be at least somewhat performance-oriented. So it may not have been the supercharged, tire-shredding hot rod of a truck we originally wanted, the new Lightning should be the next best thing.

Porsche and Penske are reuniting for LMDh program 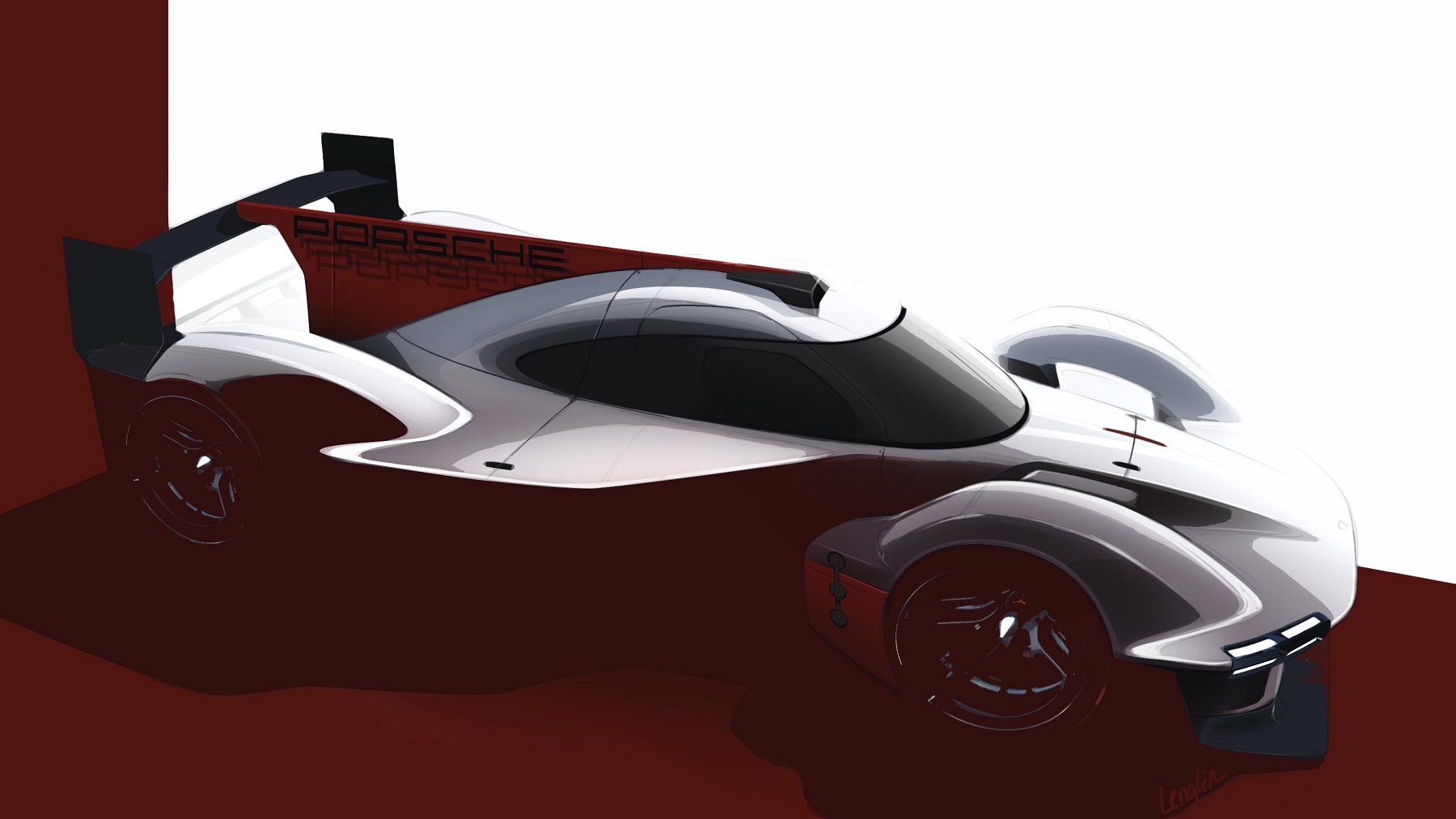 The NASCAR Next Gen announcement wasn’t the only big news for motorsports this week. Porsche and Penske announced that the band is getting back together to run their future LMDh program. If you can remember the distinctive DHL-liveried Porsche RS Spyders that were a constant dominant force in ALMS and the successful 917 prototypes in the 1970s, yeah… that partnership is coming back. Under the name Porsche Penske Motorsport, two of their LMDh prototypes will compete for overall victories in IMSA here in the US and in WEC globally beginning in 2023.

Suddenly, everyone else in Hypercar and LMDh has a lot to worry about.