Welcome to the Hooniverse News! As always, this is a weekly recap of the biggest stories in the automotive industry without the fluff or bull. This week: Alpine makes another cool A110 that we can’t have in America, Mitsubishi is reviving Ralliart, Caterham is developing an electric Seven, BMW enlists the help of Hans Zimmer for electric driving sounds, and Aston Martin says manuals are officially dead. 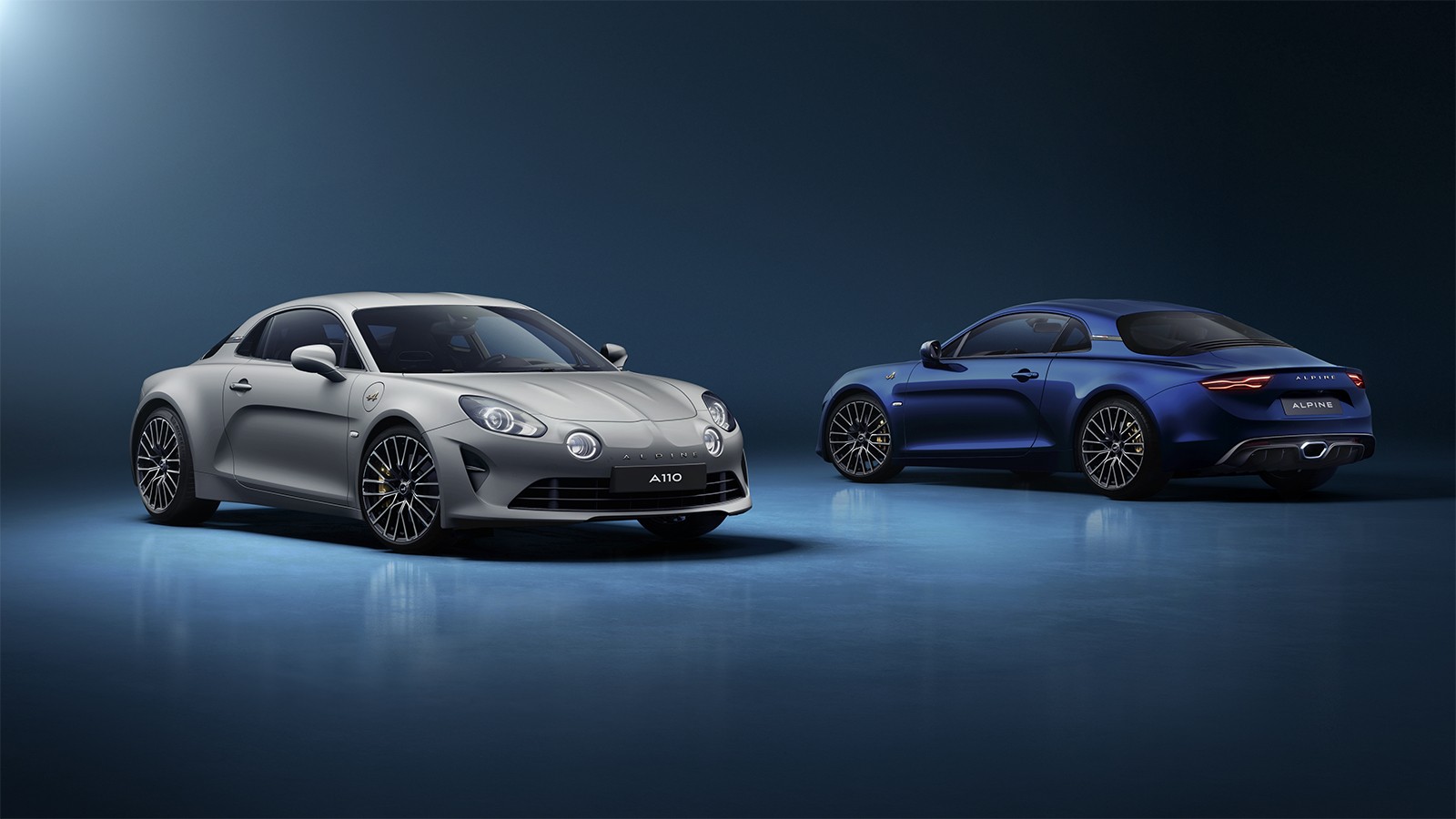 Great news for all of our rich European readers! If you haven’t ordered yourself a delightful Alpine A110, as rich European car enthusiasts do, then there’s a new version you’ll want to check out. It’s a new edition that’s limited to 300 units and is the most “intense, sophisticated personality” of any A110 before it. From what I can tell, it’s a bit of a parts bin special but with some really good parts. For us yanks who aren’t intensely sophisticated enough to deserve the Alpine A110, this can best be described as a combination of two existing A110 specifications. The A110 Légende, a comfort-focused grand tourer specification, and the A110S, a sportier specification with more power and sharper handling. This Légende GT spec is like that little girl from the Old El Paso commercial who says “why don’t we have both?”

So it starts with the Légende’s elegant and distinctive GT-focused cabin, which includes six-way Sabelt Comfort leather seats in amber or black, matching leather door panels, and a Dinamica headliner which I guess is something fancy. Plenty of other bespoke cabin accents make it a comfortable and luxurious cabin to eat up some miles in. But by adding the A110S portion, it can eat up those miles a bit more quickly. Standard A110s have approximately 250 horsepower from their 1.8-liter turbocharged four-cylinder engines. But the A110S powertrain increases that to 292 horsepower and that’s the engine the Légende GT gets to play with. The A110S high-performance brakes are standard equipment as well. So it’s good for daily use, European-sized road trips, and finding its way through the tightest and most technical roads in the Alps.

Our rich European readers will need to find €71,600 (that’s $86,900 for us non-intensely sophisticated folk) in their pockets to reserve one of the 300 Légende GTs they plan to make. 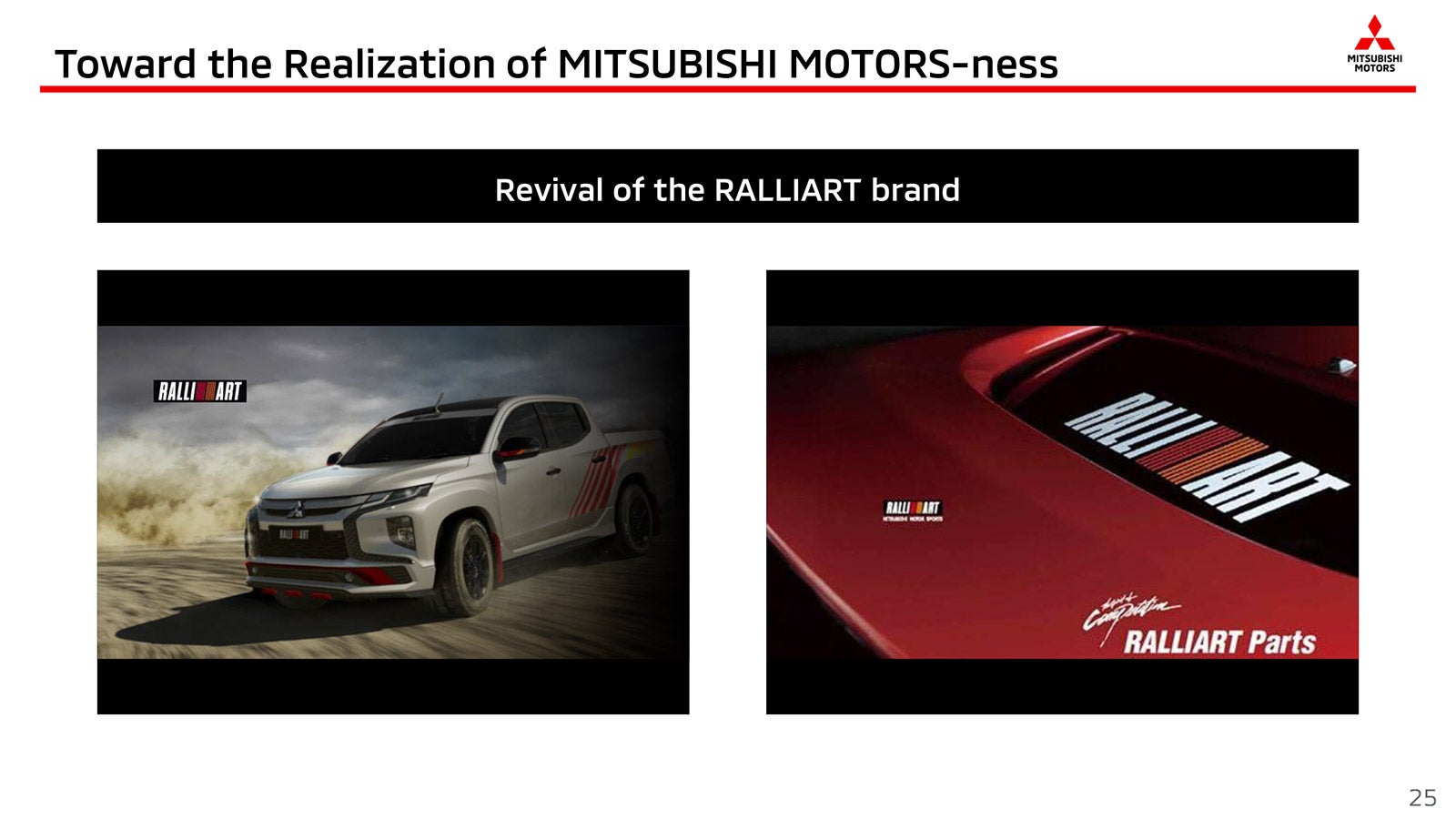 Once upon a time, Mitsubishi was an incredibly innovative and exciting company. One of the core components of their former glory was a little sub brand called Ralliart who saw great success in decades of off road racing. That had an influence in some of their most memorable road cars as well. They effectively shut their doors right around the time Mitsubishi as a whole fell from grace massively and became known as the company that makes a couple forgettable crossovers and still the Mirage for some reason.

Well in an investor call this week, they signaled intentions to bring it back. It made it into a PowerPoint slide so you know it’s official. It’s potentially exciting news but gets less so when you read that, in their own words, it’s part of an effort to “realize Mitsubishi Motors-ness”. Like, what the fuck does that even mean? Anyway, they say Ralliart will play a role in revitalizing their lineup by giving people something they actually want. Specifically, something that’s engaging, is ready for adventure, and embraces electrification, modern safety, and comfort. So…  things that car companies who actually sell cars have already been doing. I wish I could’ve been a fly on the wall in the committee meeting when Mitsubishi discovered that today’s car buyers like modern safety features.

As Ralliart once did in the good old days, they’ll soon develop parts and genuine accessories for all of Mitsubishi’s models. By relaunching Ralliart for customers, they can help those “who want to add to Mitsubishi Motors-ness even more” and I swear to dog I am not making that up as a bit. Perhaps the most interesting part is where they mentioned motorsport could be a thing again. Per Jalopnik, the company’s CEO said “we would like to take the opportunity to be involved in motorsports as well”. Most likely something off road and/or electric. If shitty Ralliart appearance packages for the Eclipse Cross helps get them back in rally or Dakar, so be it.

We could all use a little bit of Mitsubishi Motors-ness in our lives, so we’ll keep our eyes peeled on how Ralliart’s revival is coming along. 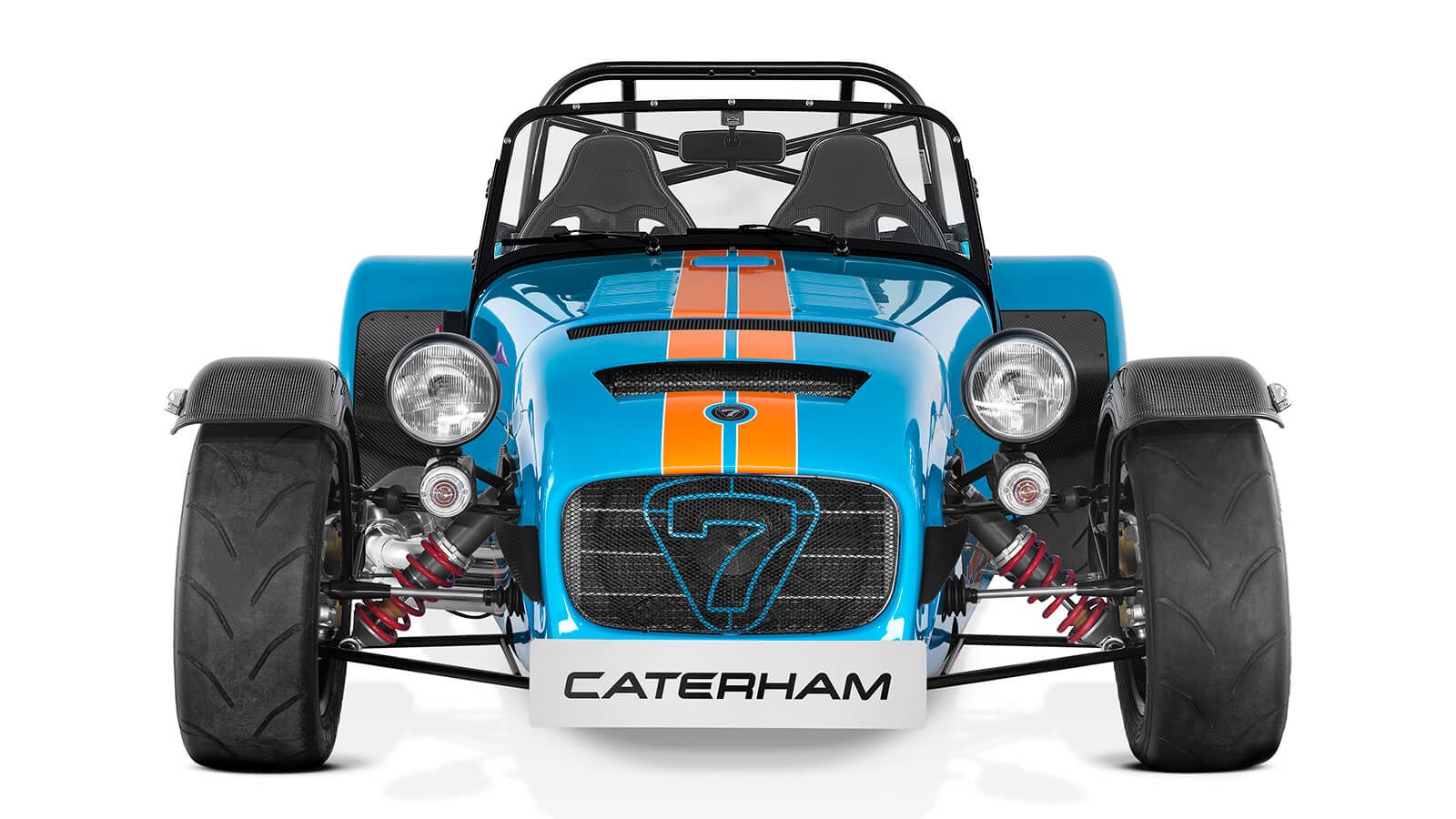 A report from Autocar suggests that an electric Caterham is due in 2023. It won’t be some radically new model that abandons the company’s ethos just to comply with emissions rules, it’ll be an honest to dog Caterham Seven. This comes not too long after Caterham was bought by VT Holdings, a Japanese retail group with lots of money and a real passion for the brand. The idea isn’t to redesign the Seven but rather to preserve it. By stuffing an electric powertrain into a Seven that’s otherwise just as bare bones, lightweight, and pure as a regular model, it can ensure that future generations can still enjoy the crazy experience that a Seven provides. Personally, I never would have thought an electric Seven would be possible or even desirable. When an existing crossover or sedan turns into an EV, I think it’s great. But when a sports car does, I can’t help but get a little sad. Engines are an integral part of any sports car driving experience, so losing that piece of the equation is heartbreaking. But I guess if anyone can make an EV fun, it’s Caterham. And if I could fit my fat beer-loving ass in one I’d love to give it a try.

BMW has partnered with legendary composer Hans Zimmer to develop the driving sound for future BMW EVs. As a handful of automakers have already begun doing, BMW is adapting to a world of silent powertrains by finding creative ways to fill the void left by ICEs. Some have partnered with music producers and orchestras. Well BMW got freakin Hans Zimmer. His work will debut on the BMW i4, the M version of the i4, and the M version of the iX (I just let out an audible sigh as I wrote that last one). A preview is provided in the video above. Hopefully he’s found a way to fit the BWAAAH from Inception in the car’s sound pack somehow.

Aston Martin is abandoning the manual transmission after promising they’d be the last to do so. In a shocking move where Aston Martin just fuckin lied again, they unceremoniously announced that it’s leaving their lineup and won’t be coming back. The V8 Vantage is currently the only AM available with three pedals and a little wobbly stick thing where the cup holders should be. Speaking to Australia’s Motoring, Aston Martin CEO Tobias-Liar-Moers said “it was not a good journey” developing the manual for that one car. He then added that Porsche still has a manual for the 911 (bold of him to just tell buyers to go their competition) and that Aston Martin buyers overwhelmingly prefer an automatic.

This isn’t the first time in recent years that Aston Martin has walked back on a promise. When they were developing the Valkyrie they said they’d figure out how to get it to Le Mans. As automakers were working with the ACO and IMSA to develop a replacement for the top prototype class in endurance racing, Aston was perhaps the biggest voice in pressuring the industry to adopt Hypercar, the most expensive and slowest of the proposed formulas. Well once they committed and manufacturers began developing their stuff, Aston Martin used the introduction of a faster and cheaper LMDh formula to say “oh, well now our car doesn’t make any sense” and backed out right around the same time they announced an F1 program. So the next time you see “the pinnacle of endurance prototypes” struggling to pass a severely handicapped privateer LMP2 driven by a dentist from Brazil, you can thank Aston Martin for it.

Well I for one and furious and will be voting with my wallet (/s).