Welcome to the Hooniverse News! As always, this is a weekly recap of the biggest stories in the automotive industry without the fluff or bull. This week: there’s a new Ferrari and I make fun of its name again, Polestar reveals their first mainstream EV, Ginetta shows off a new track-ready supercar, and Lamborghini does the Spyder thing with the Huracan Evo. Plus your automotive news! 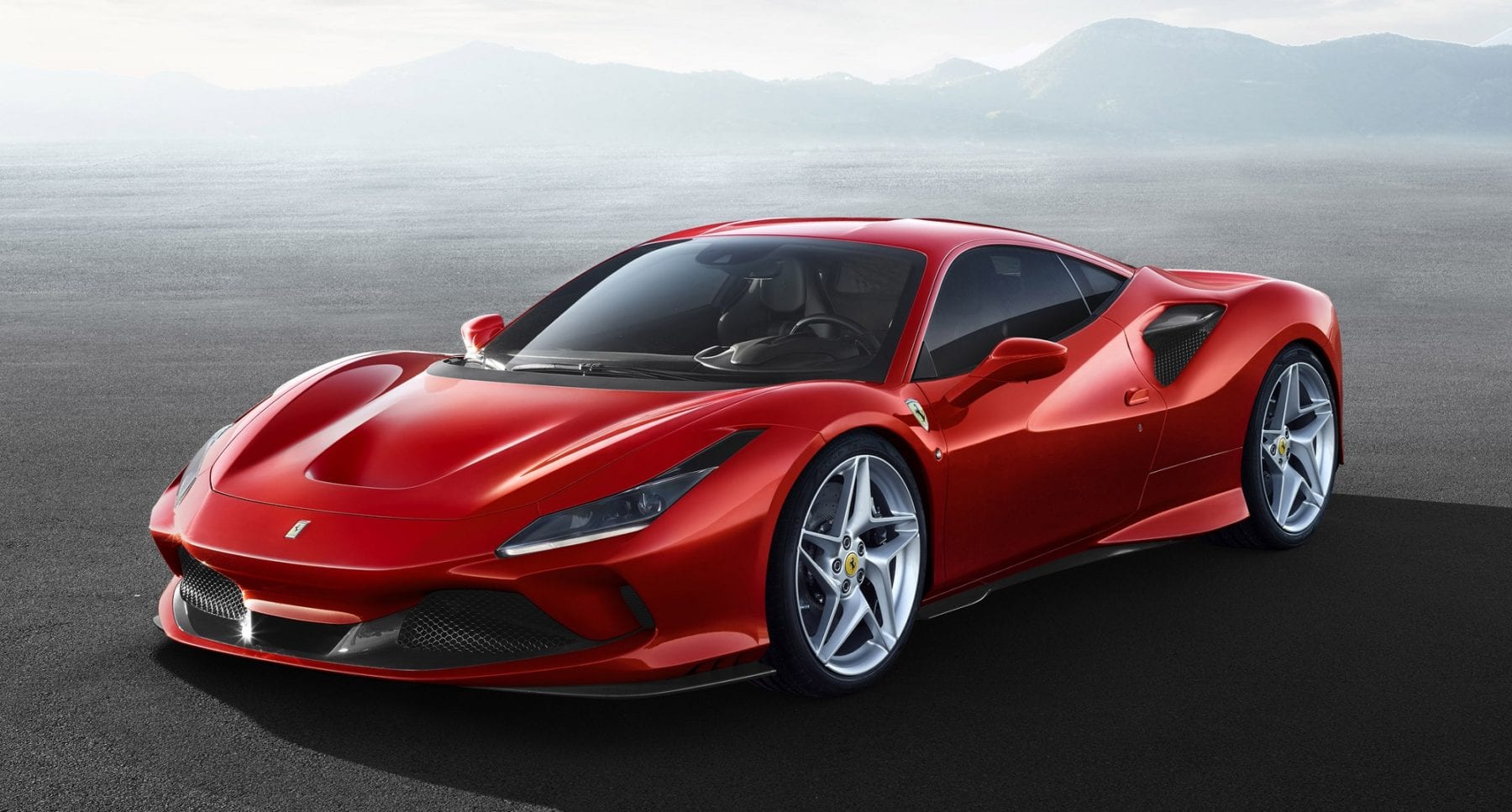 It seems like it was just yesterday we were lamenting the loss of Ferrari’s last naturally-aspirated V8 when the 488 GTB replaced the 458 Italia as the brand’s “entry level” supercar. But the reality is that was four years ago and that’s far too old for the world’s elite these days, which brings us to Ferrari’s announcement of the F8 Tributo, the latest in a legendary line of mid-engine V8 supercars from Maranello.

It isn’t the kind of major overhaul we saw in the 458 to 488 jump, but it relies on a familiar powertrain to set an incredible benchmark for the platform going forward. The F8 Tribute is graced with what appears to be the exact same 3.9-liter twin-turbocharged V8 found in the 488 Pista, the 488’s high(er)-performing swan song. It produces the same 710 horsepower and 558 lb.-ft. of torque and likely even uses the same transmission, though that wasn’t disclosed yet.

So the powertrain is nothing new, but it raises the bar even higher for this new generation. Relevant figures for the F8 Tribune include a 0-60 mph time of 2.9 seconds, 0-124 mph time of 7.8 seconds, and a top speed of 211 mph. And it’ll probably be a few seconds quicker at their private test track that nobody else gets to drive as well.

As is to be expected some weight has been taken out as well. Ferrari says that if you take out all the essential fluids that allow it to function in any way, it’ll weigh in at 2,932 pounds. 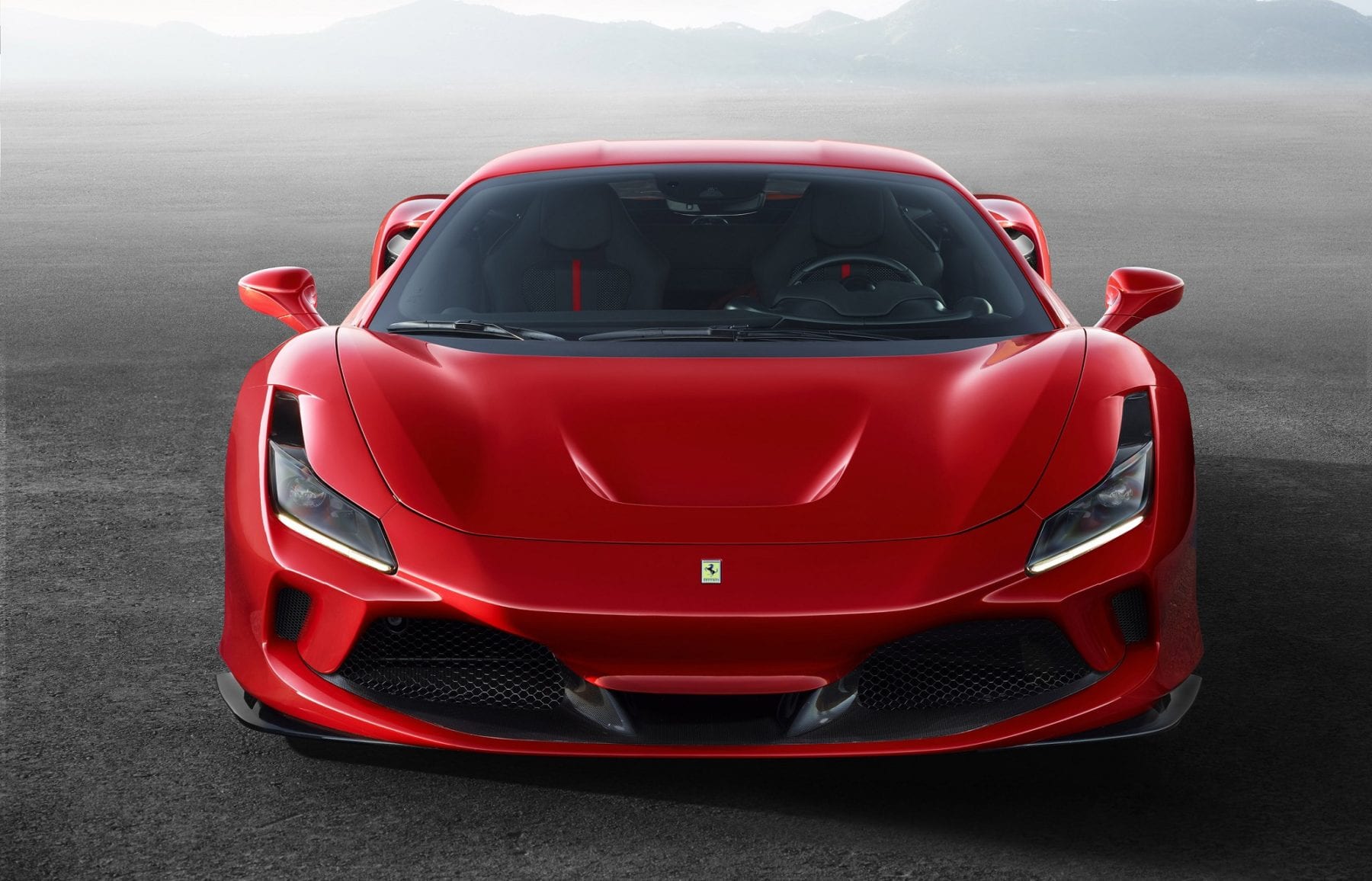 The F8 Tiburon gets an extensive redesign even if the general shape of it is unchanged. Some things look nearly identical to the 488 like the roof and side intakes, but everything else is new. The general styling front and rear is in line with their new aggressive design language but they’ve also reached back to their history for a few particular items.

For starters, the functional pass-through “S Duct” hood from the 488 Pasta is carried over to the F8 Toblerone for increased downforce and better cooling. Meanwhile at the rear, quad tail lights on a body-colored tail are reminiscent of the eight-cylinder berlinetta that started it all – the 1975 308 GTB. The most noticeable throwback though is the Lexan rear screen that’s inspired by the Ferrari F40. 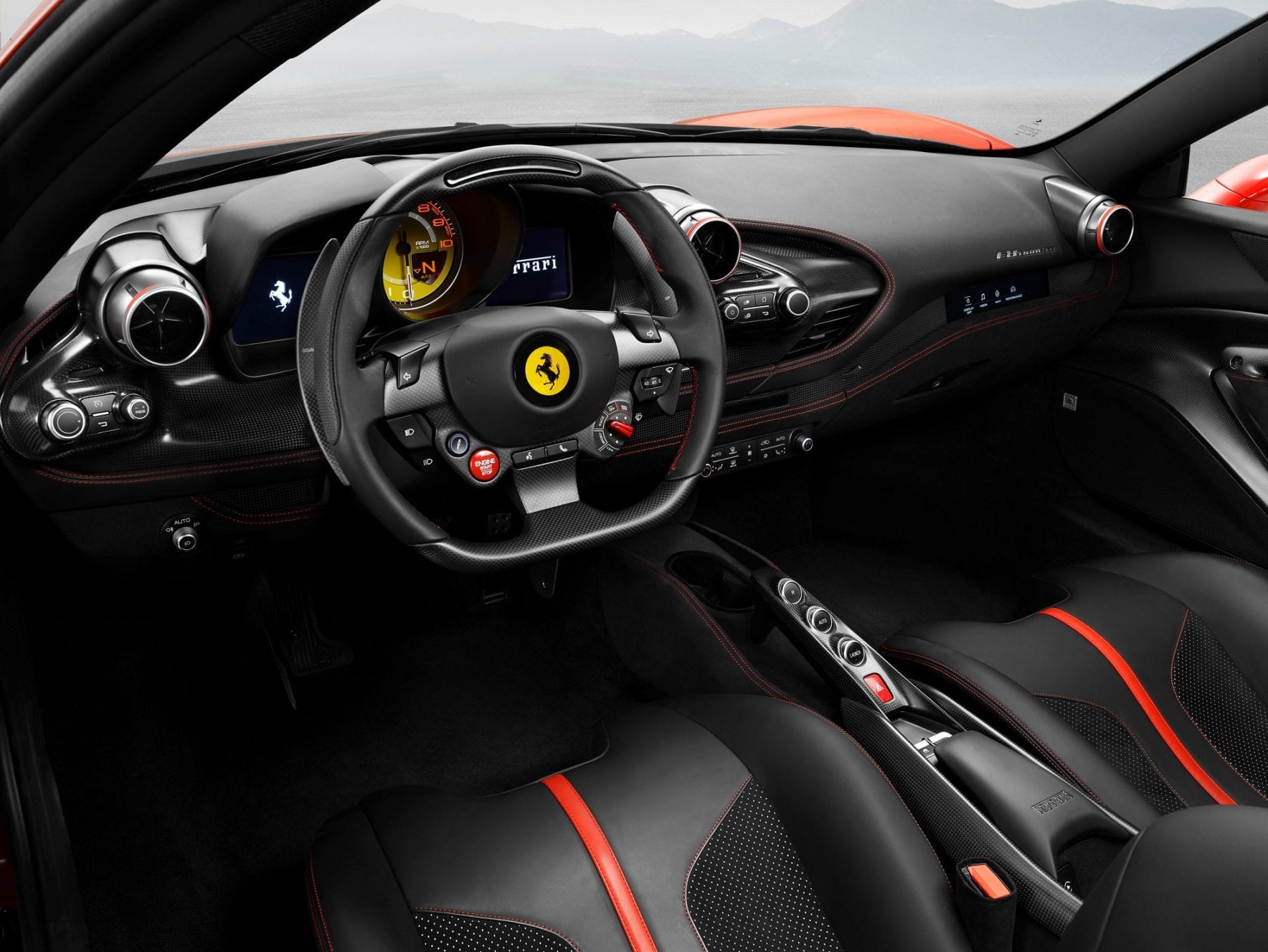 The F7 Trabant’s interior looks about the same as the outgoing 488 but they say most major components have been redesigned. Looking at a side by side picture, I can tell you what’s changed… the shape of the air vents, the way some of the media controls are arranged, and the shape of the steering wheel.

The Ferrari F8 Trapeze will make its real-life debut at the Geneva Motor Show next week and some additional info may come with it which I’ll be sure to ignore on your behalf. I’ll talk about it again when they show off the racing version. 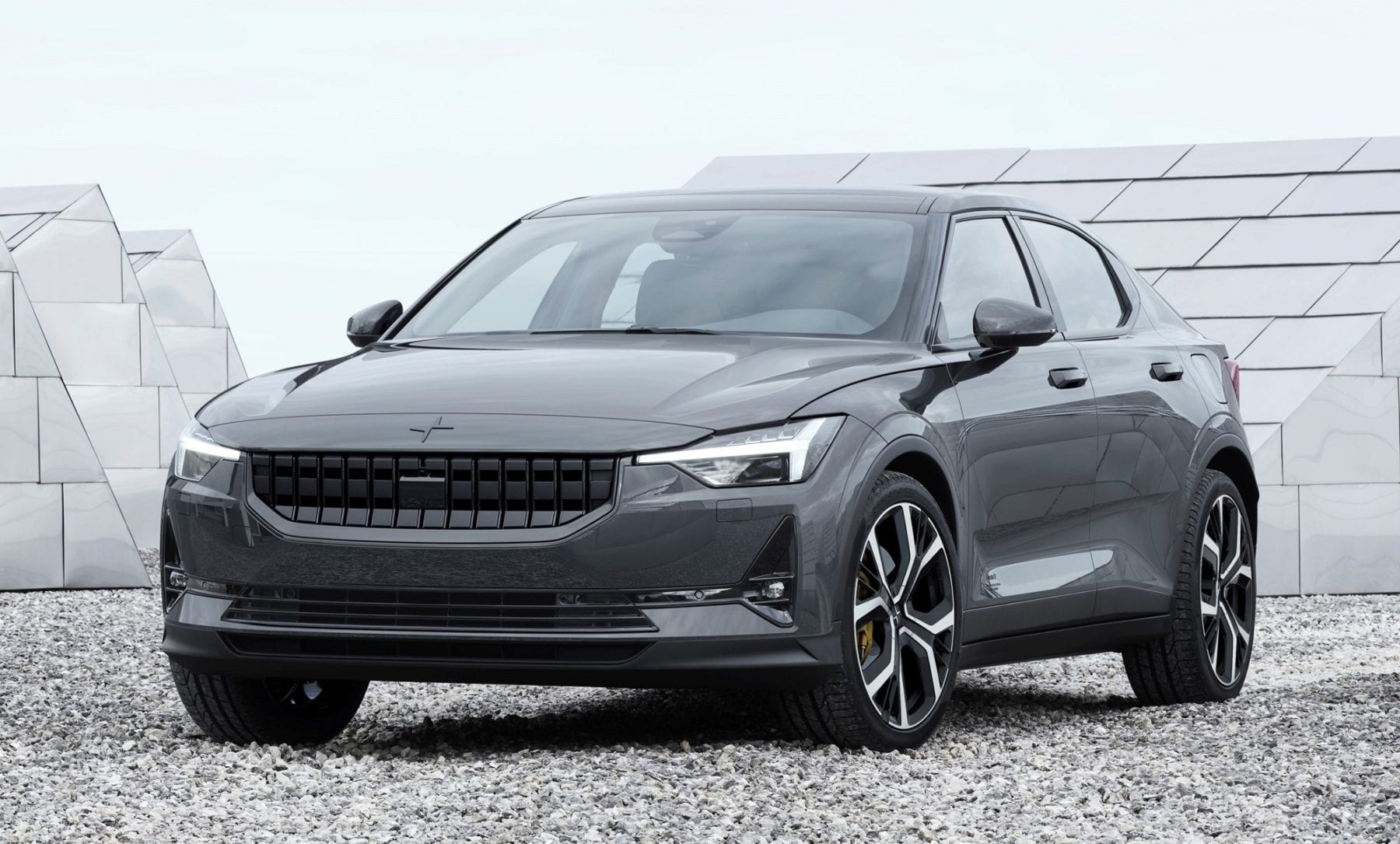 What was once Volvo’s in-house performance tuning brand is now their dedicated hybrid and EV performance brand. While Volvo’s traditional lineup is already more electrified than most, Polestar has been sort of a playground for them, starting with the Polestar 1 luxury performance hybrid. Well they’ve now turned their attention to a more mainstream product that gets back to Volvo’s sensible roots. 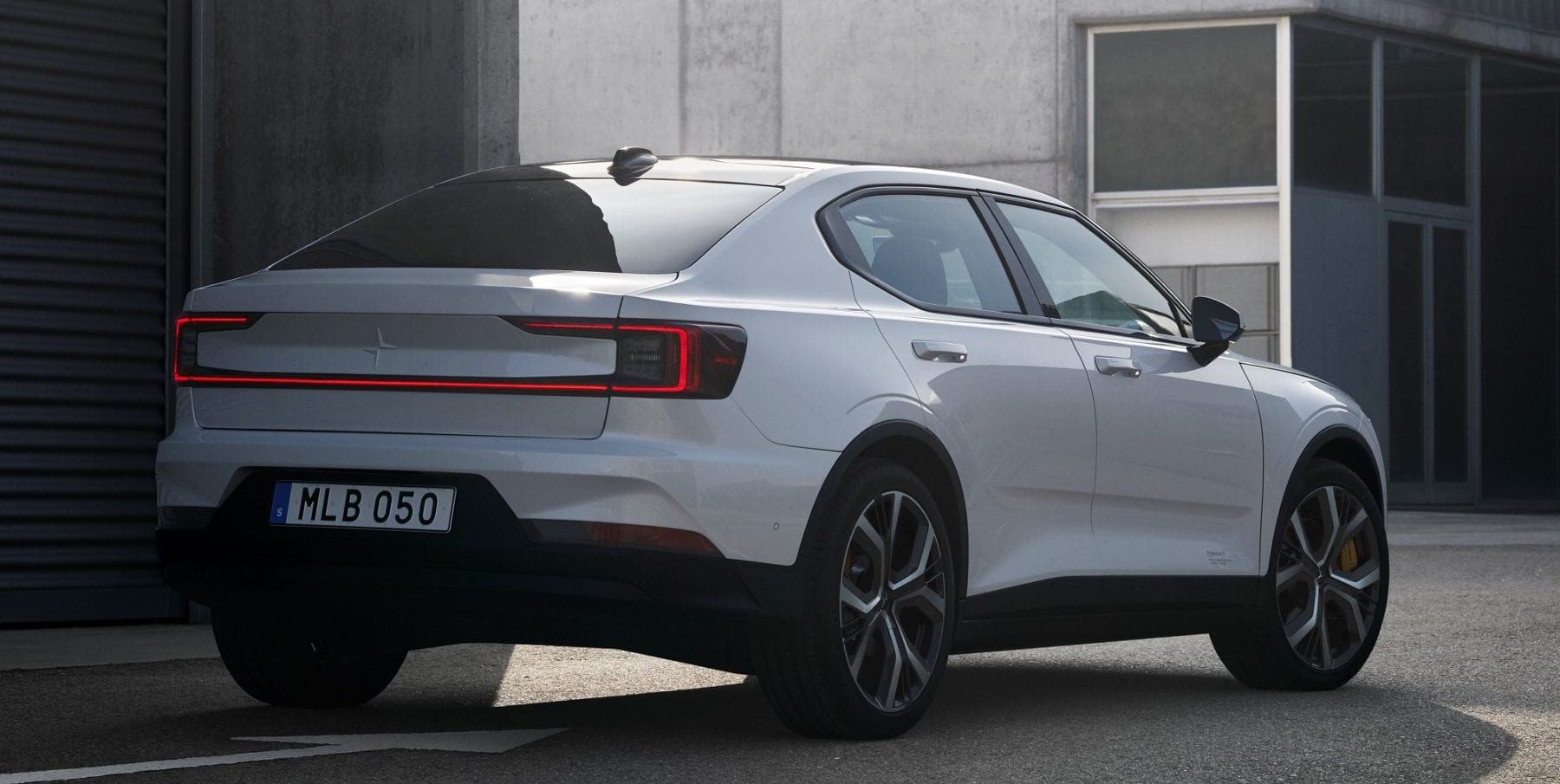 The Polestar 2 is a premium “five-door hatchback” (that seems like a bit of a stretch to me) that’s built as an all-electric vehicle from the ground up on Volvo’s Compact Modular Architecture. It’s powered by a 78 kWh battery back integrated into the underbody and two electric motors – one at each axle. They expect a driving range of roughly 300 miles on a full charge.

Because Polestar can’t make a slow car, the 2 gets a fair bit of power to play with. 408 horsepower and 487 lb.-ft. of torque is available to all wheels. Expect a 0-60 mph time of well under five seconds. There’s even an optional Performance Package which adds Öhlins shock absorbers, Brembo brakes, and forged 20-inch wheels.

The interior is all vegan (so no leather, which sounds smart for a car that’s trying to be better for the planet) as standard and features their latest avant-garde design that they’re particularly proud of. As they should be.

The car’s infotainment system is Android-based which allows for a more stable and adaptable platform for apps and vehicle functions. Things like Google Maps and even the Play Store will have more seamless control through the 11″ touchscreen and voice commands. The Polestar 2 is also the latest vehicle to use a smartphone as a key system. 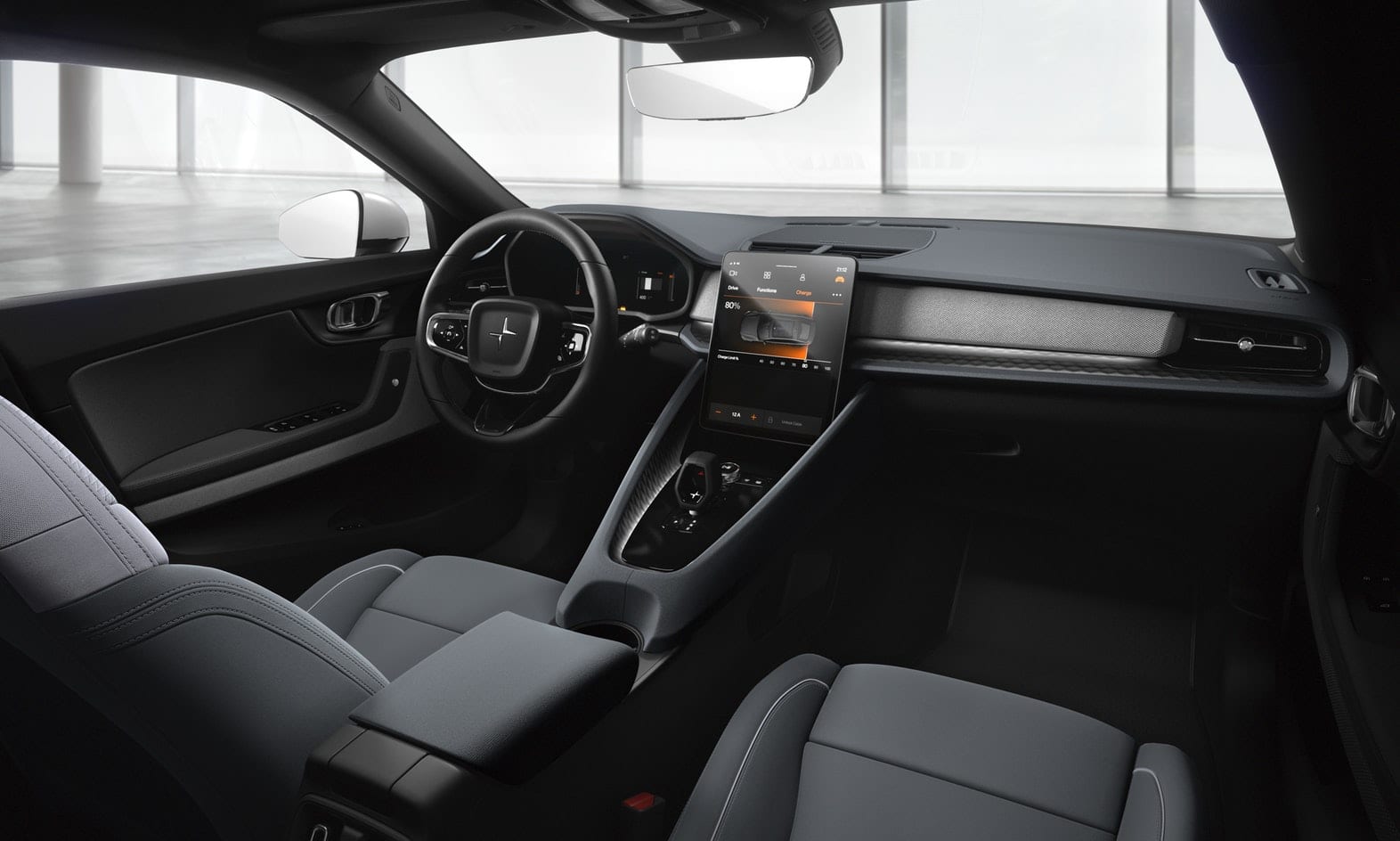 Volvo expects production to commence in Spring 2020 with initial markets being China,US, Canada, Belgium, Germany, the Netherlands, Norway, Sweden, and the UK. The Polestar 2 will be available under Volvo’s subscription model and has a targeted MSRP of €39,900 ($45,482) before individual market adjustments and federal incentives of up to $7,500. 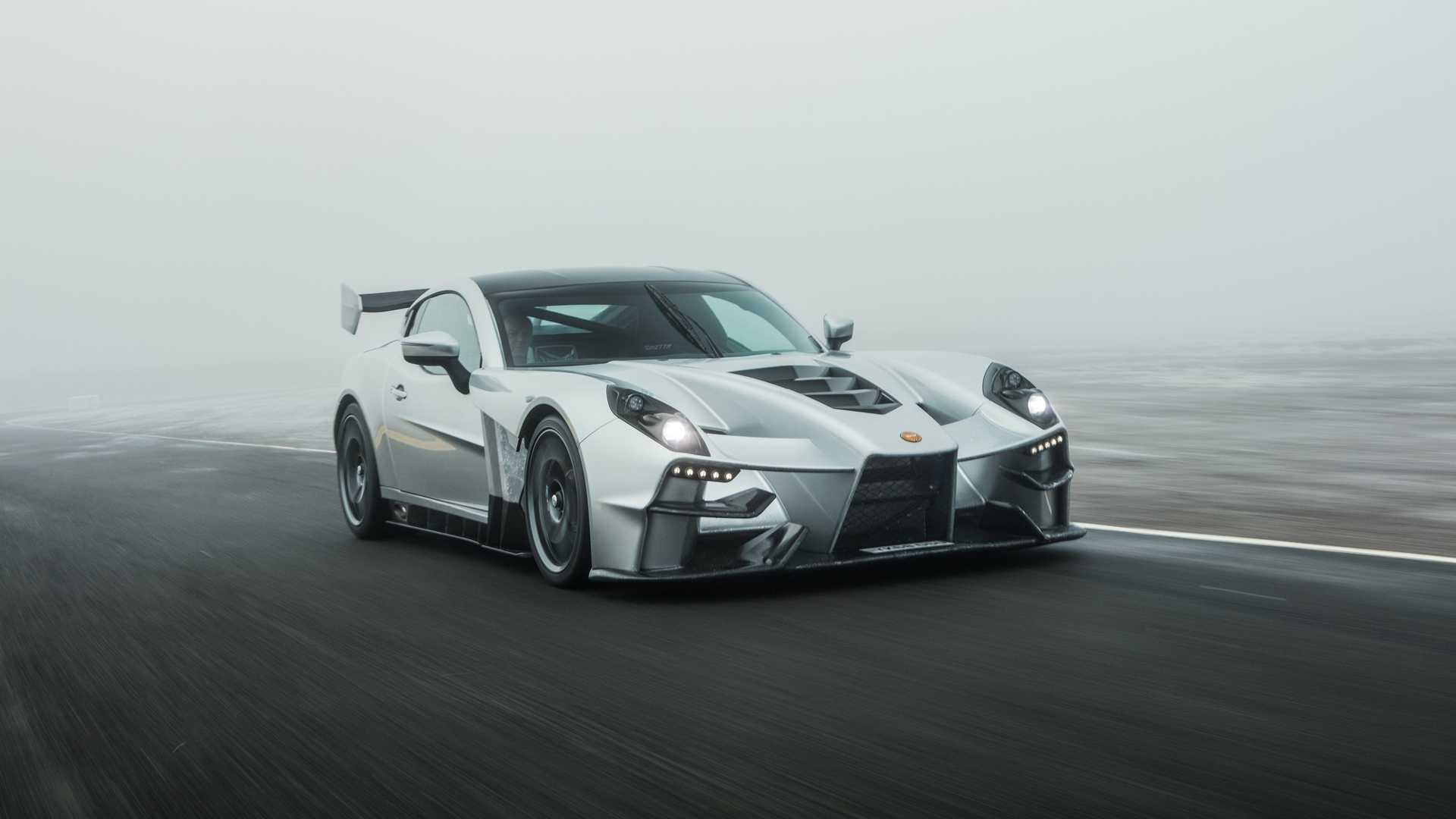 Now here’s a name I haven’t mentioned a whole lot on this site: Ginetta. The British sportscar manufacturer has not really had any presence here in the states but they’ve been a longtime manufacturer of hand-built road cars and race cars. As with everyone else rolling into Geneva next week, they’ve got a new supercar that they’re ready to unleash into the world. It doesn’t have a name yet, but we’ve been given enough info to know it’s going to be wicked. Ugly as shit, but wicked.

Here’s the gist of it. It’s a front-mid engine supercar with an in-house 6.0-liter V8 producing 600 horsepower with power going to a six-speed rear transaxle. It features a carbon fiber body with “market-leading” downforce that’s built around a carbon fiber monocoque cell. They claim a weight of around 2,500 pounds though it’s not clear if that’s its wet or dry and completely inoperable weight. 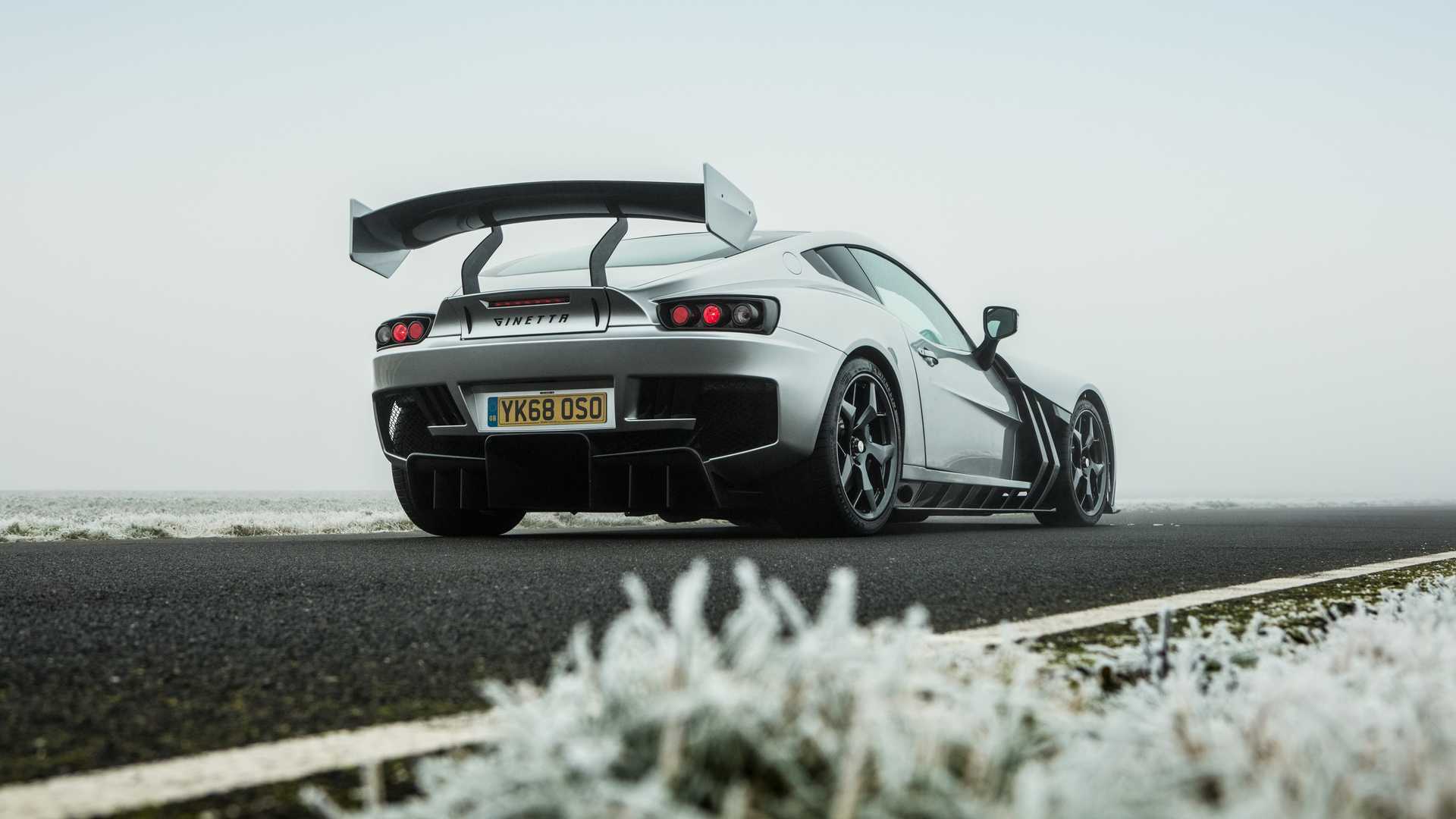 And even though it’s intended to be a road-legal offering, it comes with legit race car stuff like chassis-mounted seats, an LMP1-inspired steering wheel, and carbon matrix brakes which offer 1.2Gs of deceleration.

We’ll see more of it at Geneva next week but you can see it in action in a trailer Ginetta prepared in the meantime. 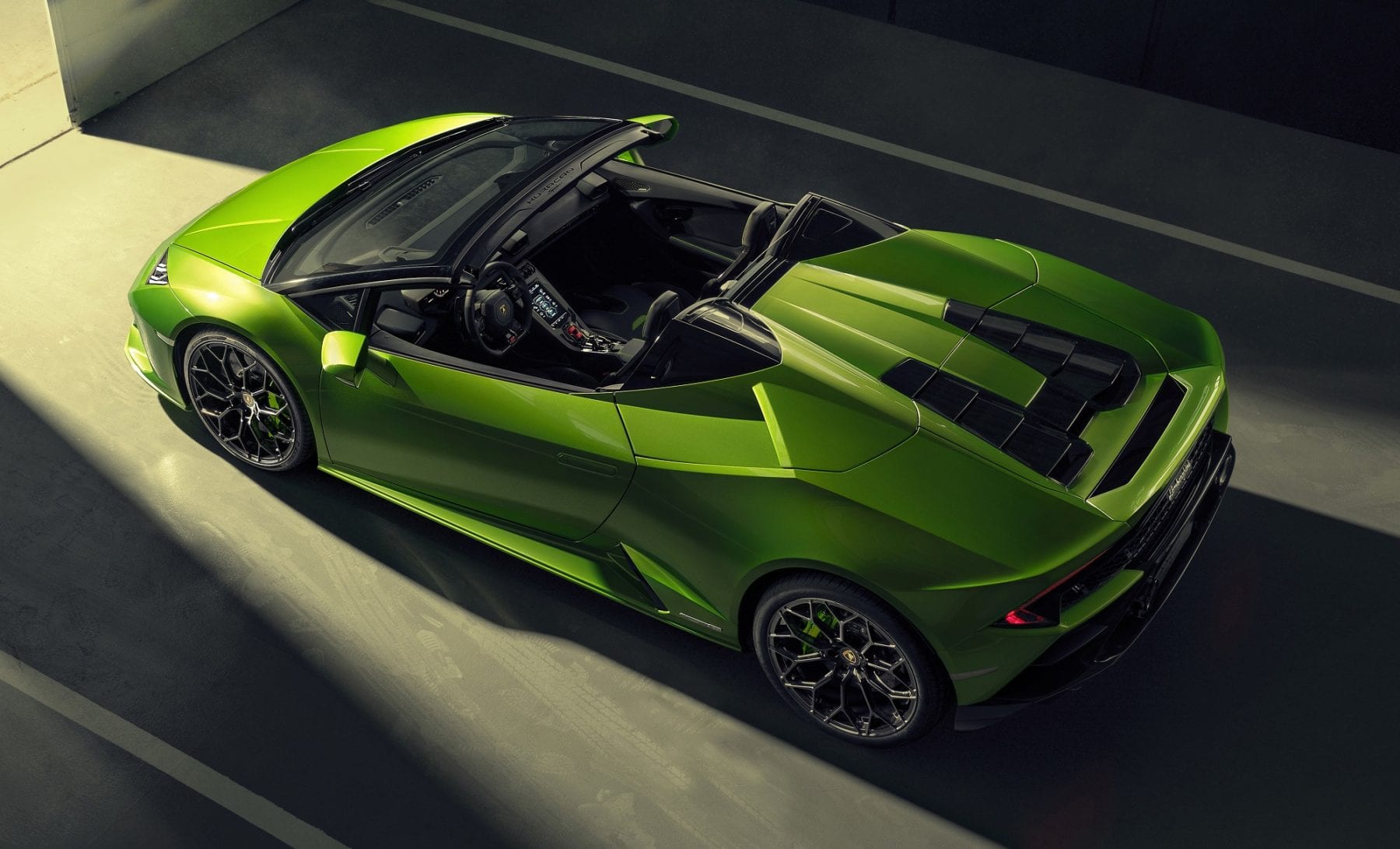 Hey remember how Lamborghini introduced a new Evo version of the Huracan as sort of a mid-life refresh? Well here’s the Spyder version that costs $287,000. Neat, isn’t it.