Welcome to the Hooniverse News! As always, this is a weekly recap of the biggest stories in the automotive industry without the fluff or bull. This week: Ferrari proves they can still make pretty cars, Honda debuts new Civic Hatchback with a manual, Porsche brings back the 911 GTS surprising no one, Jeep’s extreme off roading Wrangler package leaks, Infiniti finally introduces something new, and your news for the week.

It’s a good day when I get to talk about a new Ferrari that isn’t completely stupid. As the world’s rich and powerful get more rich and powerful, the automakers that fill their collections have gotten more bold in finding new ways to take their money. Ferrari may not be the worst offender but they’ve definitely been guilty of this. This week’s Ferrari news isn’t quite like that though. It’s almost as if there’s a new Ferrari that’s… interesting. It’s a plug-in hybrid with the smallest engine they’ve made in decades and styling that’s tame by post-Pininfarina standards. One might even call it attractive. Jalopnik calls it a Dino revival of sorts and I think they’re absolutely right.

A unique powertrain, even by Ferrari standards 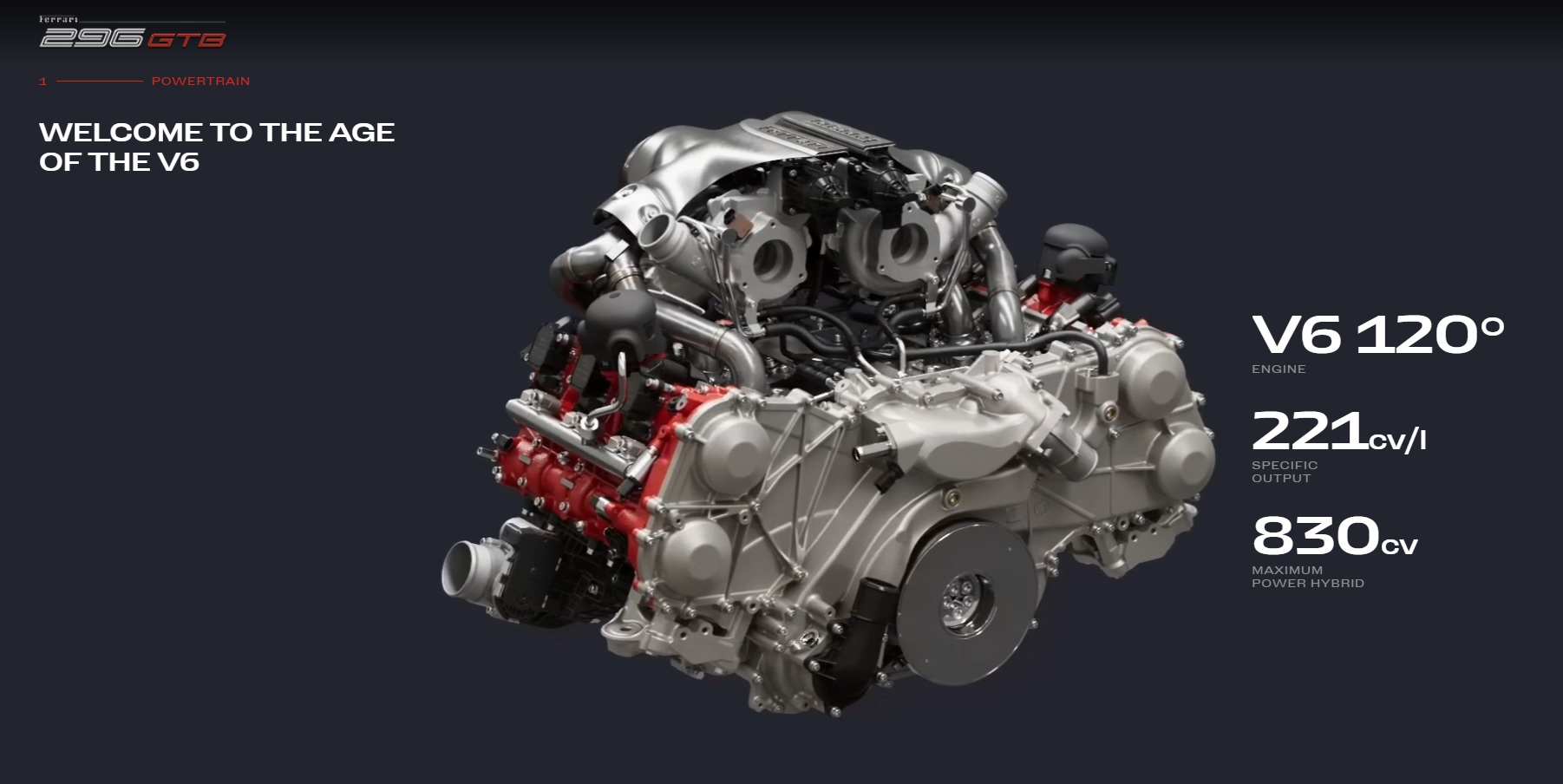 Starting with the centerpiece of every Ferrari first, that powertrain. It’s the second plug-in hybrid electric vehicle in company history after the mighty SF90. This electric motor provides 165 horsepower to the overall equation and the gas V6 provides the rest. And let me tell ya, this ain’t your rental car’s V6. It’s a 3.0-liter, twin-turbocharged, 120-degree V6 with 654 horsepower in a “hot vee” configuration with the turbos tucked in the valley. This allows Ferrari to keep the center of gravity very low and make the engine more responsive.

Its electric motor is situated between the nearly flat-six and the eight-speed transmission. Though it’s not been publicized from what I can tell, that last sentence tells me it’s RWD. On battery power alone it can drive up to 16 whole miles. But fire up both powertrains and total system output is 819 horsepower. For a V6-powered anything, that’s a great number and that results in some other impressive numbers as well. It can do the 0-62 mph sprint in 2.9 seconds, hit 120 mph in 7.3 seconds, and lap Fiorano in 1’21” which I’m sure means something to someone.

Good looks and a good size

It’s not a terribly big car with dimensions that are smaller than the F8 Tributo or even the 488 from several years ago. At 179.7″ long, 77.1″ wide, and 46.7″ tall it’s one of the smaller cars they’ve introduced in a while. This means a modest 3,240-lb. dry weight (not bad for a hybrid but a few hundred pounds heavier than an F8) and a very compelling driving experience for journalists and basically no one else to enjoy. 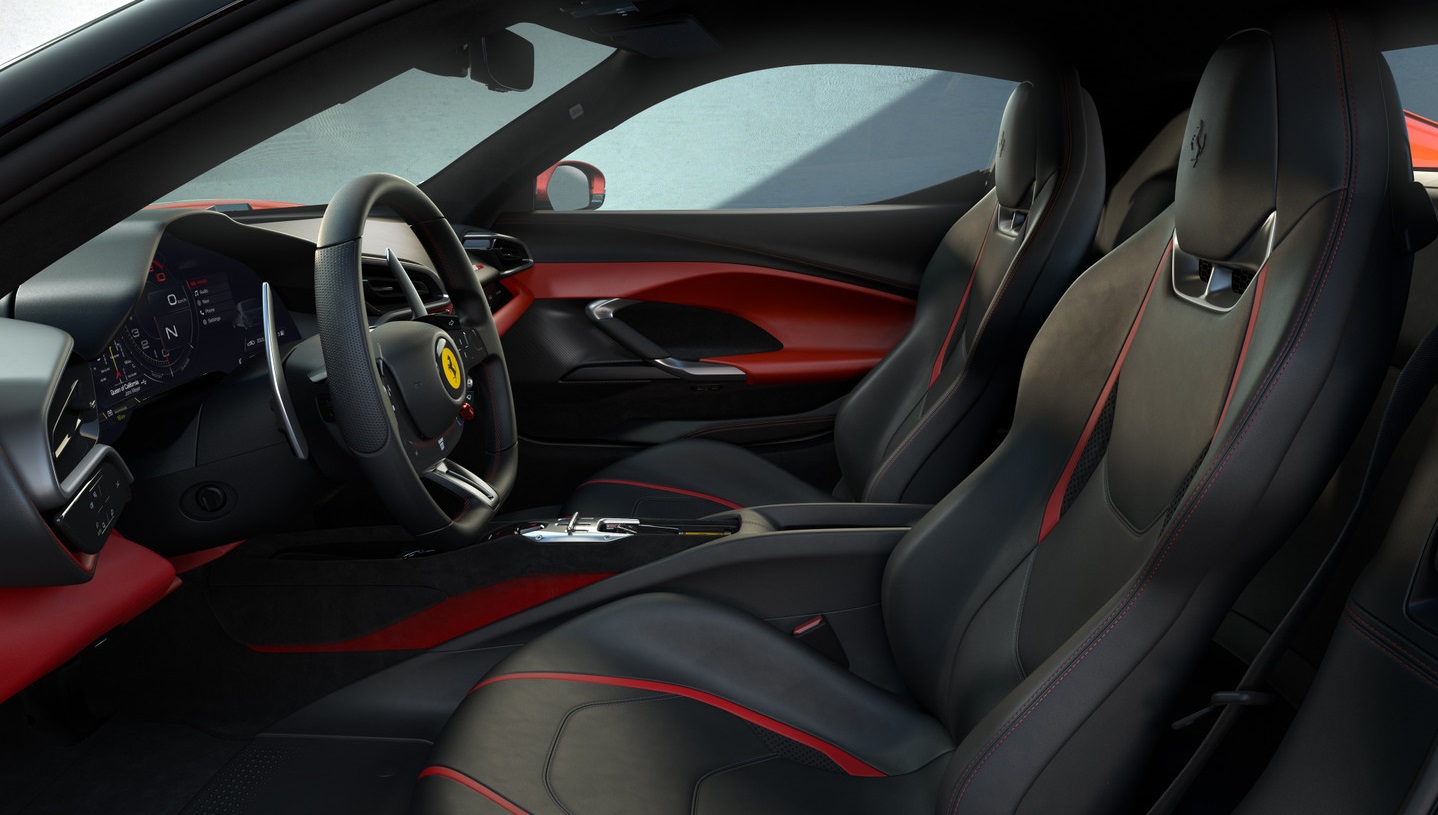 What everyone fortunate enough to live close to a successful YouTuber can enjoy though is its styling. The 296 GTB makes the most of its smaller dimensions and compact powertrain and actually look small. It has the same sort of mean mug that’s on basically every Ferrari now but it lacks the shit load of vents and randomness that so many other modern Ferraris have. It also has a flat decklid like many mid-engine Ferraris used to have. I don’t think this style has been on a production hard-top, mid-engine Ferrari since the 355. And I miss it.

Overall its an attractive design even if some of Ferrari’s design choices are a little weird. Ferrari designs have suffered since Pininfarina was longer involved, but every now and then we get a glimmer of hope that someone at Ferrari still has it. This is one of those glimmers.

Pricing info hasn’t been disclosed yet but literally no one cares. 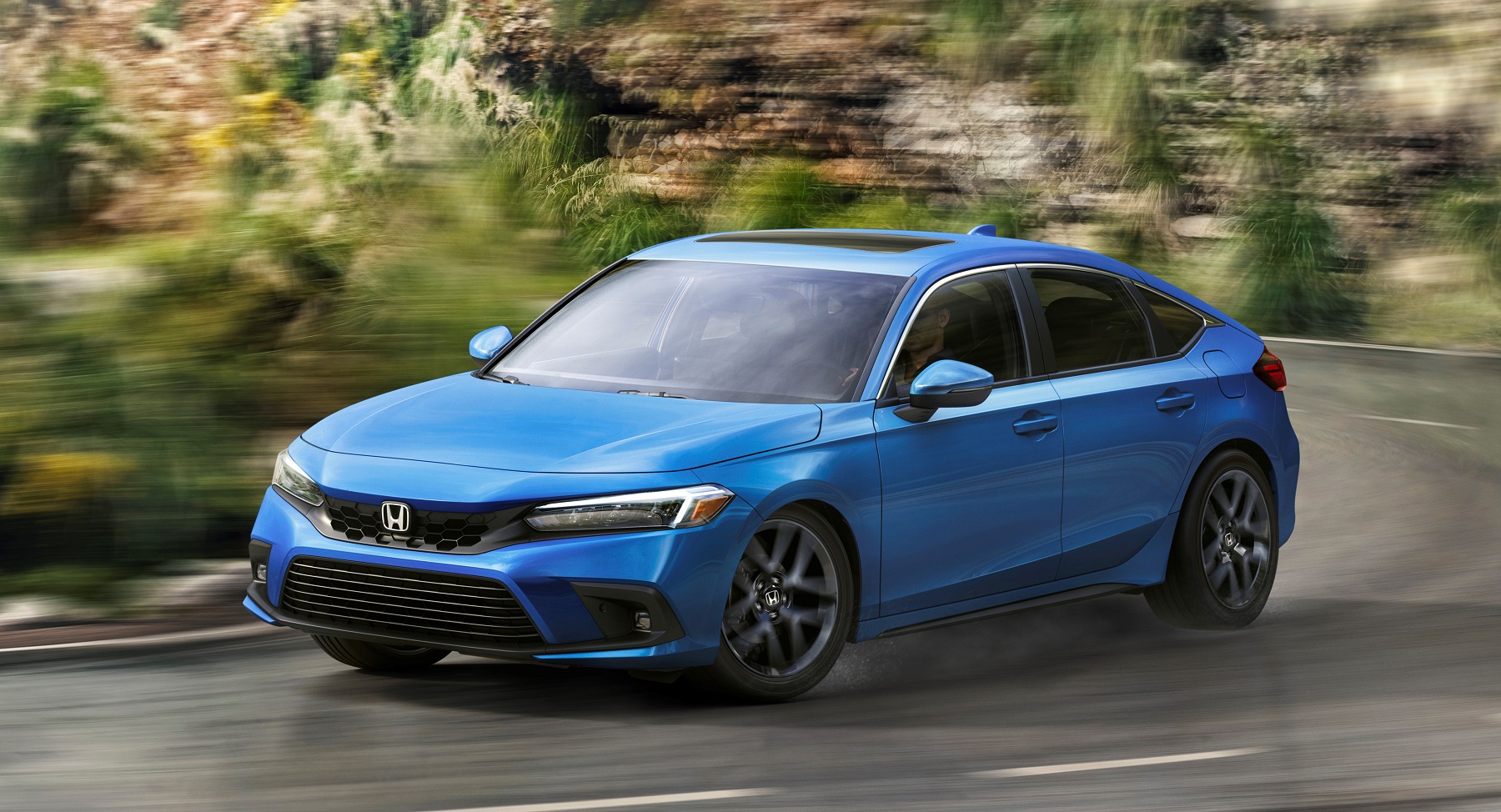 Its design is inspired heavily by the European sportbacks (Audi A7, BMW Gran Coupes). I don’t think I’d be in a minority by saying I’d rather it be an old school 3-door instead like an EG or EK. Regardless, the Civic Hatchback has been a popular option here in the states since it was reintroduced in 2016. More than 20% of the 1.7 million 10th generation Civics sold were hatchbacks. They’ve changed the rear hatch to not only make it appear more upscale but also be more convenient. The hatch has a new lightweight composite structure which allows them to reduce hinge sizes for a cleaner roofline. Meanwhile the cargo opening in the back is widened by 1.6 inches for slightly easier loading. 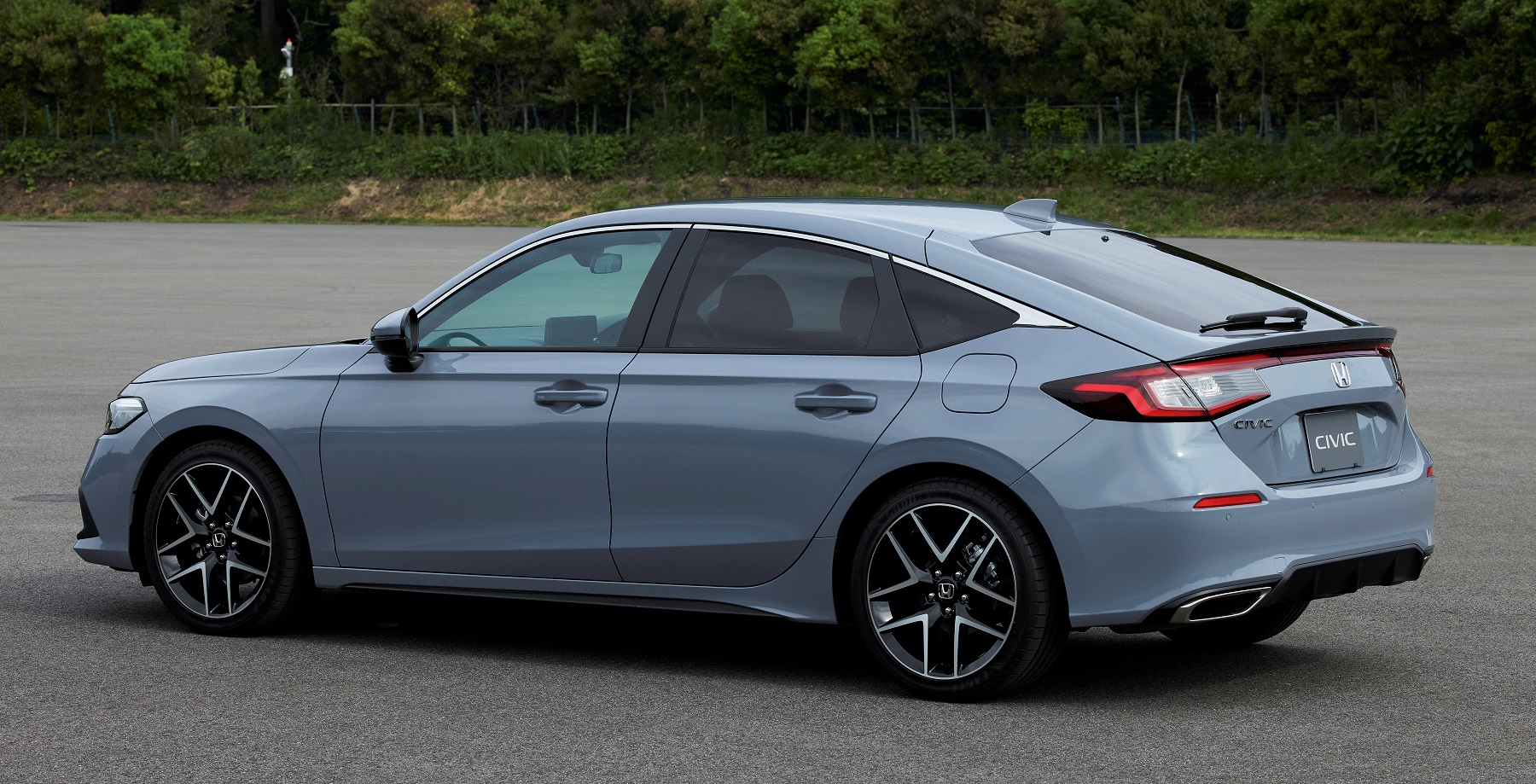 Pricing is not available yet. The Civic Hatchback will enter production later this year at Honda’s Greensburg, IN plant. It’s the first time a Civic Hatchback is being built in the US. 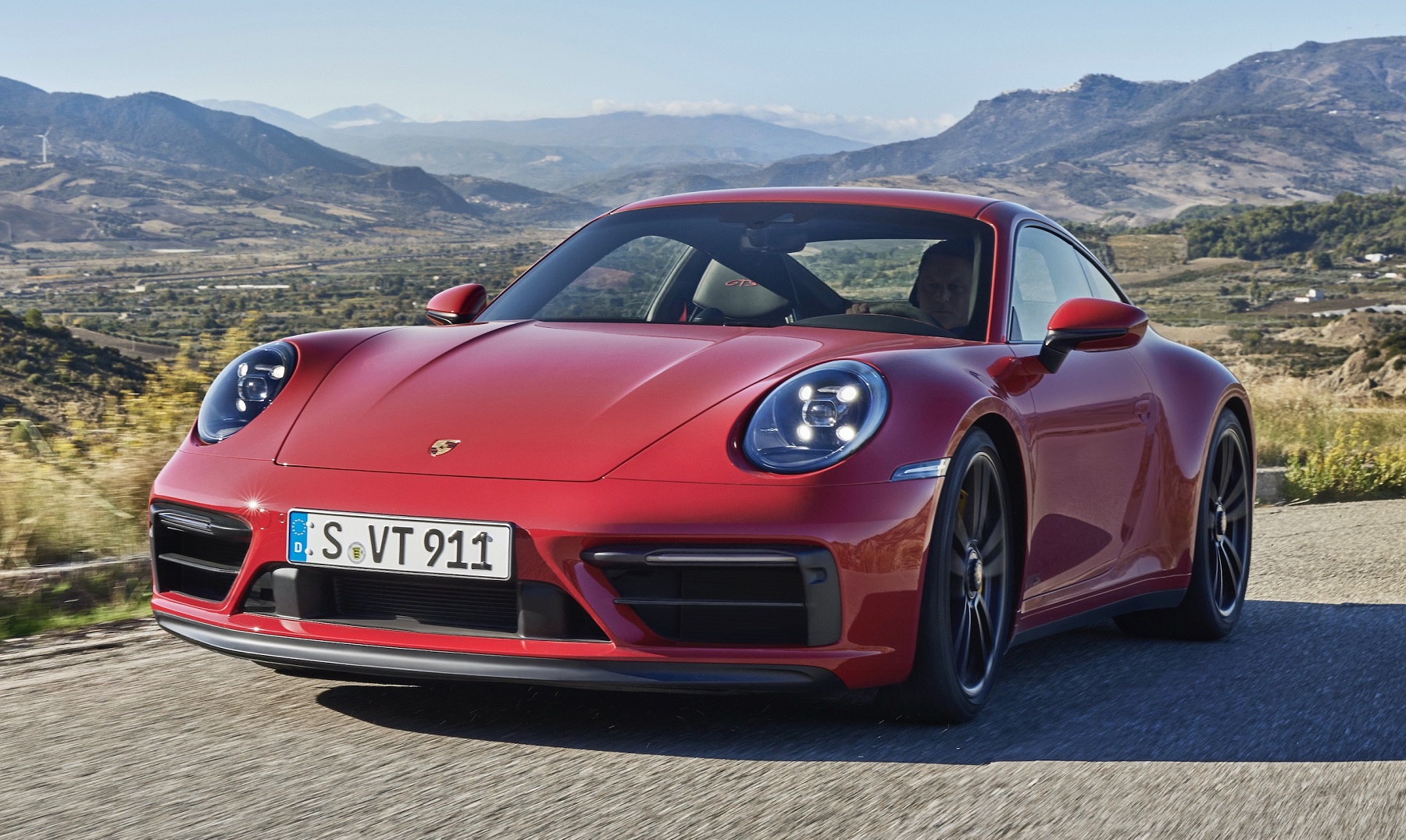 The new 992-generation Porsche 911 has officially reached its “breed like rabbits” phase of existence. We’ve had the Carreras, the Turbos, the GT3s, the Targas, and the Cabriolets. Now we’re adding the GTS to the mix as Porsche’s popular sportier 911 package returns once again. The GTS formula is a series of “very targeted modifications” which delivers a more focused, more dynamic, and faster 911. It’s meant to sort of be a gap between the Carrera S and the GT3.

More power, better handling, and distinctive looks summarize the GTS. A familiar turbocharged flat-six has been upgraded to deliver 473 horsepower, 30 hp more than the current Carrera S and 23 hp more than the previous GTS. Torque rises to a 420 blaze it lb.-ft. of torque. In its quickest configuration (Carrera 4 GTS coupe with PDK) it’ll tackle the 0-60 mph sprint in 3.1 seconds, a three-tenths improvement over its predecessor. If you don’t need to be the fastest all the time, a seven-speed manual is available on every GTS as a no cost option.

Porsche’s Adaptive Suspension Management is standard and provides sharper response with GTS-specific tuning. Additionally, big brakes from the 911 Turbo make their presence known when you hit the stop pedal. There’s also a Lightweight package available on the Carrera GTS Coupe which sheds a whole 55 pounds. 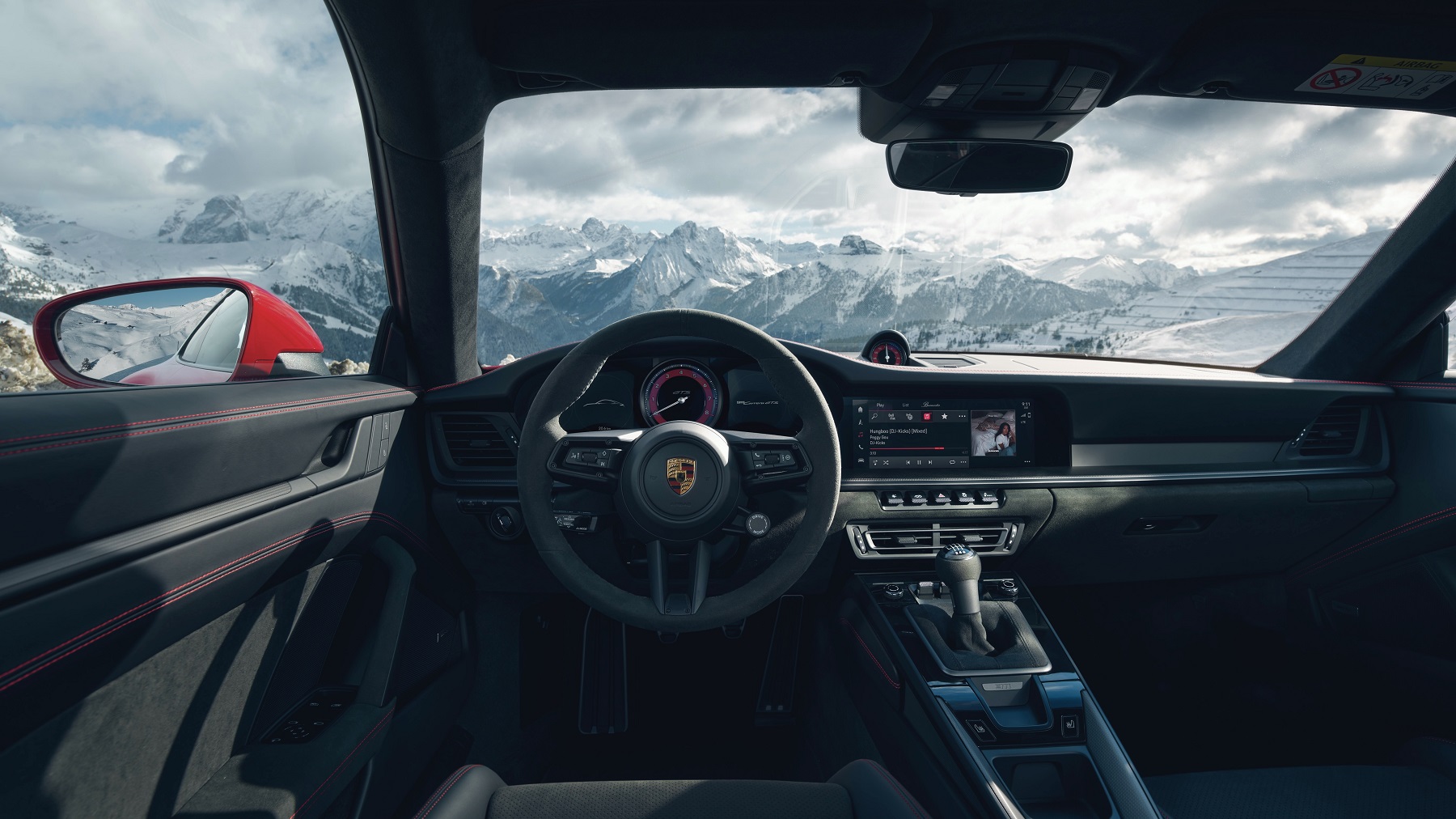 Visual changes to the GTS are pretty routine if you’re familiar with previous versions. Black contrasting bodywork elements and darkened headlight housings help to convey its sporty character. The interior is well appointed with grippy Race-Tex cloth material. The GTS is available on the coupe and cabriolet versions of the RWD Carrera, AWD Carrera 4, and the Targa 4. Starting prices on these models range from $136,700 to $156,800 excluding destination charges. 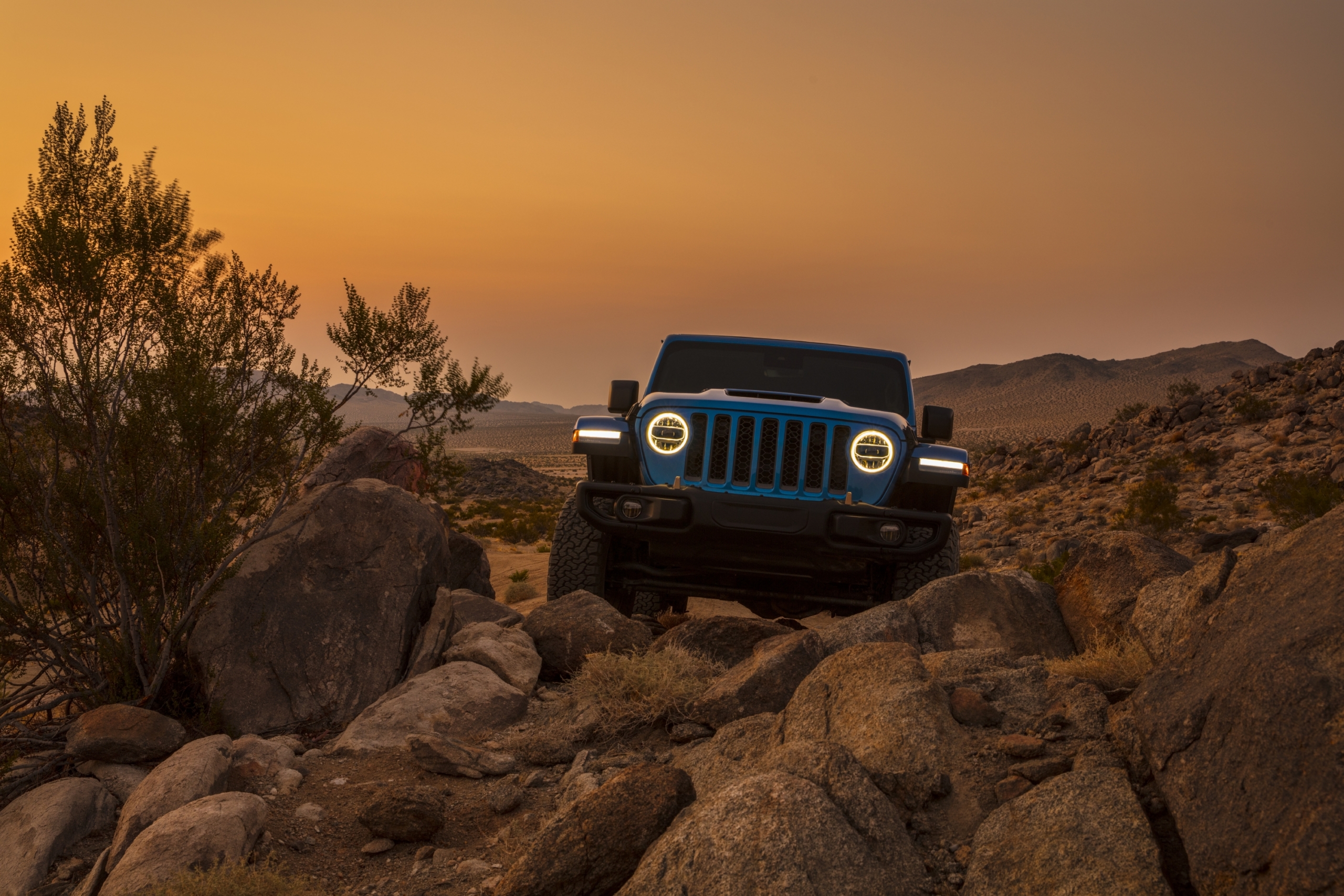 Jeep has spent a good portion of the week tweeting cryptic images with scenes of nature with some numbers on them. The speculation was real… and then someone leaked it. According to a deleted article obtained by Jalopnik, Jeep is coming out with an Xtreme Recon package for the Wrangler. It’s an xtreme off-roading package designed to compete directly with the Bronco’s extreme off-roading Sasquatch package.

These upgrades help explain all of the teaser tweets from Jeep this week. Those numbers pertain to its off-roading capabilities. Jalopnik was able to retrieve the following stats: 47.1-degree approach angle, 40.4 departure angle, 12.9″ ground clearance, and a water fording depth at 33.6 inches. Although Jeep has yet to confirm this information, they have confirmed the existence of the Xtreme Recon package in a tweet this morning. Info will probably become official after this post goes live. 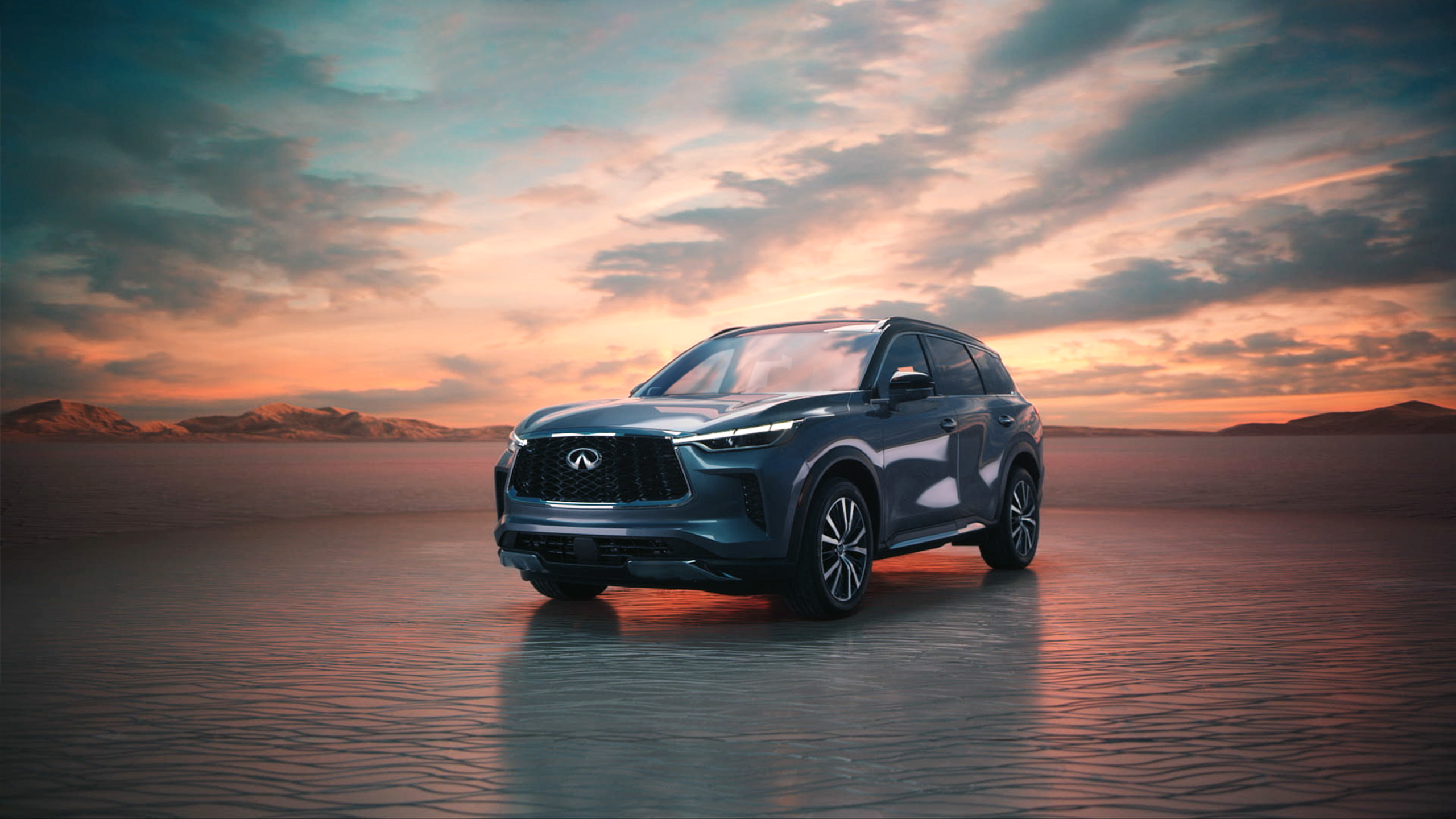 In practical family car news, Infiniti has unveiled their dramatically different QX60. It’s another three-row luxury crossover but that means it’s Infiniti’s chance to print money. With the aging lineup they currently have, anything new is a good thing. Check out Jeff’s video for more info.