Welcome to the Hooniverse News! As always, this is a weekly recap of the biggest stories in the automotive industry without the fluff or bull. This week: Lotus reveals groundbreaking end of an era, Peugeot Le Mans Hypercar entry revealed, BMW does their thing with the 2 Series, Lamborghini shows off final NA V12 supercar, Rimac is merging with Bugatti, and your news for the week. 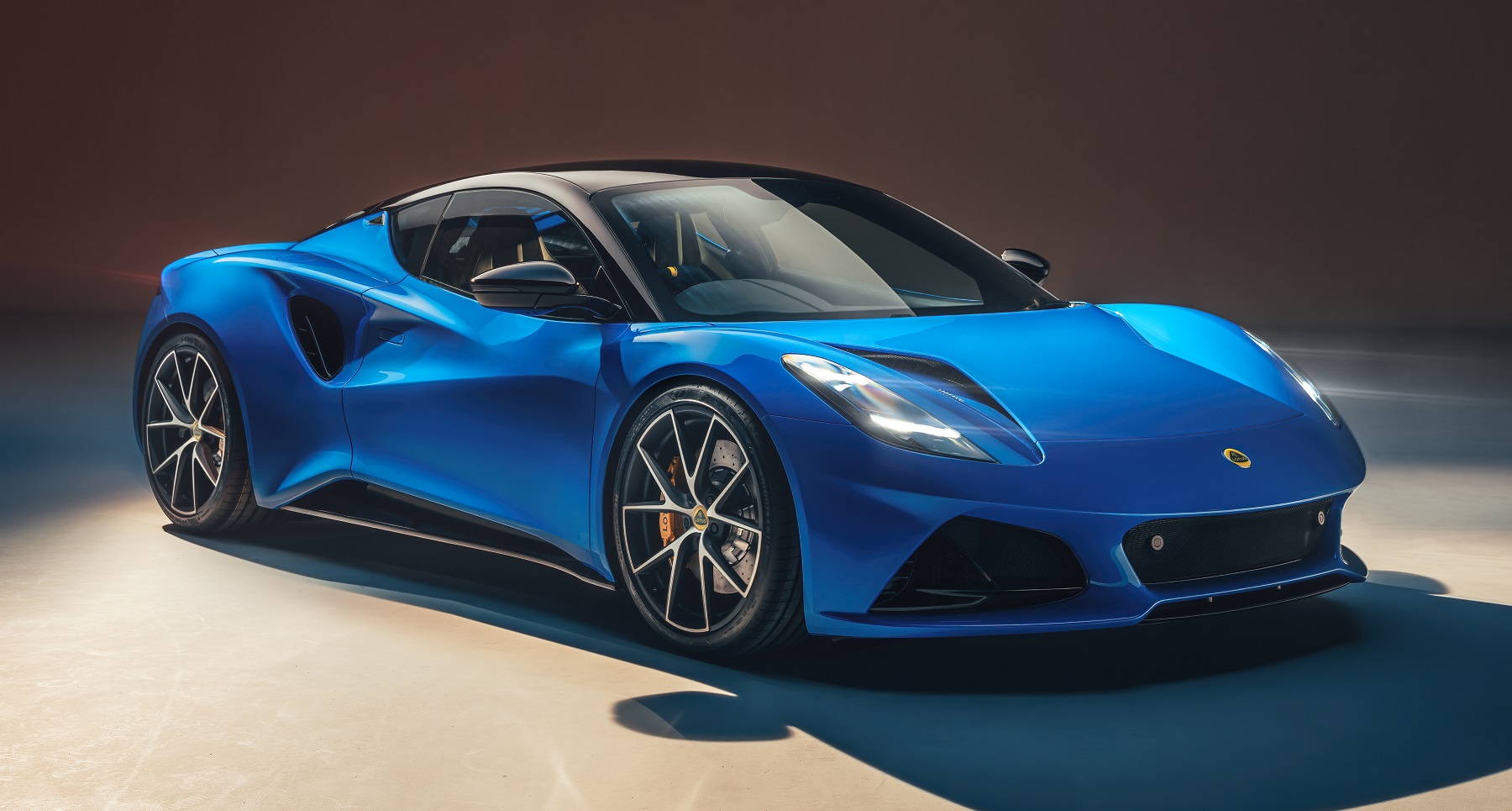 One of the world’s most beloved and celebrated sports car manufacturers is undergoing a massive transformation. New owners, much-needed funding, and a changing industry are pushing them into a new era of electrification and more advanced engineering. The Lotuses of yesterday are all but gone. The Elise, Exige, and Evora production will cease by the end of the year and be replaced by a new model that will sort of bridge the gap between the “old” and the “new” Lotus.

That bridge was revealed this week. It’s called the Emira, and it’ll be the last Lotus to ever ship with an internal combustion engine.

Billed as a premium mid-engine sports car and a “quantum leap forward” for the brand, it’s an embodiment of their technological progress. It’s sort of a taste of what’s to come, but with one last gas-burning engine for enthusiasts to enjoy. 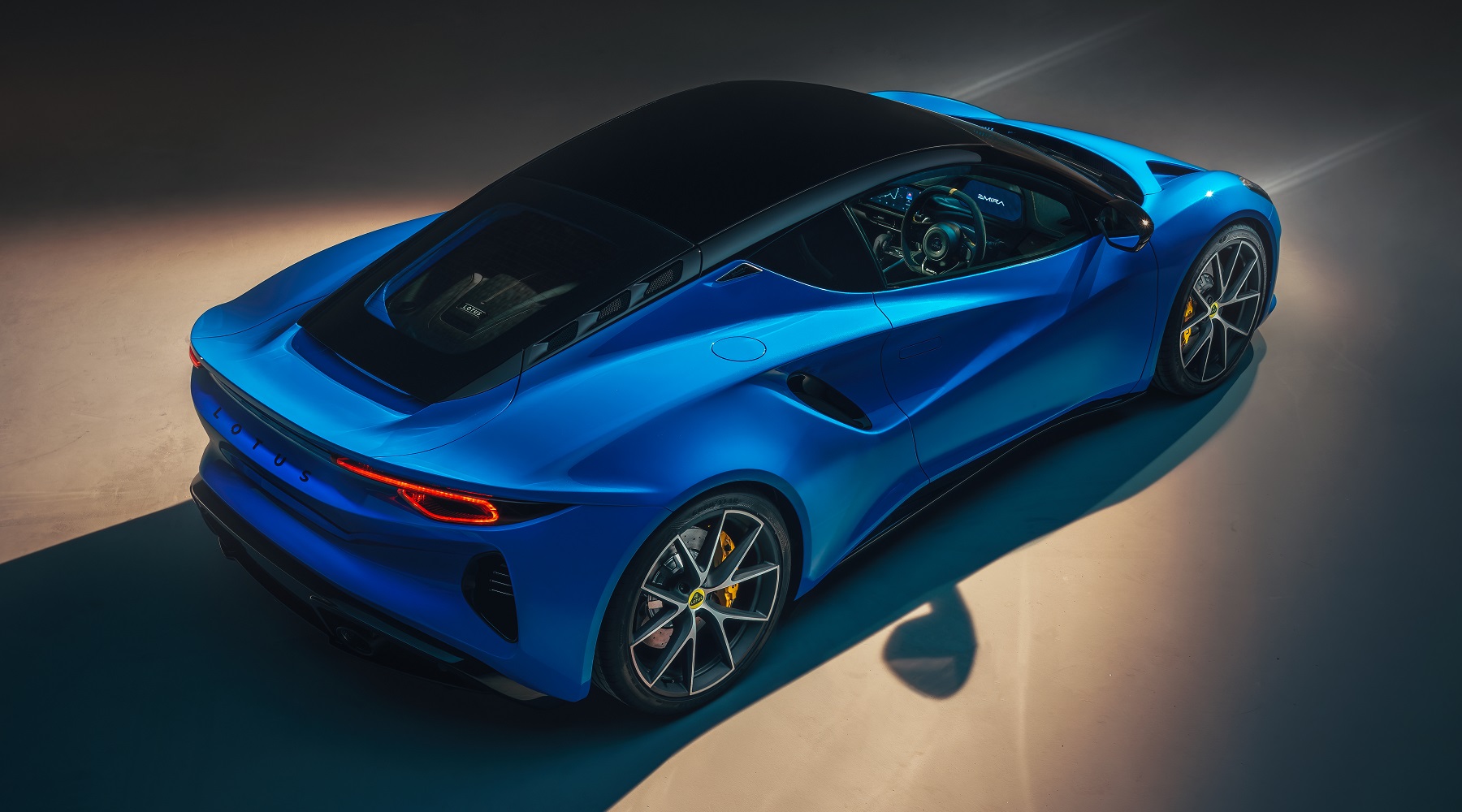 Actually, make that two, because Lotus is offering two engines in this one. The first is a familiar Toyota-based 3.5-liter supercharged V6 from the Evora and Exige and the other is from a brand new partnership. AMG is the surprise partner on this project who will be supplying a turbocharged 2.0-liter four-cylinder.

They don’t specifically mention power outputs for each engine, but I believe it goes like this: AMG four-banger produces 360 horsepower and supercharged V6 produces 400 horsepower. It also appears that three transmissions will be offered in what I truly believe is a first. They mention a six-speed manual, an automatic, and a dual-clutch transmission. I’m sure some gearboxes are exclusive to an engine and vice versa. 0-60 mph should take “under” 4.5 seconds and its top speed is estimated to be around 180 mph.

It still has the Lotus magic 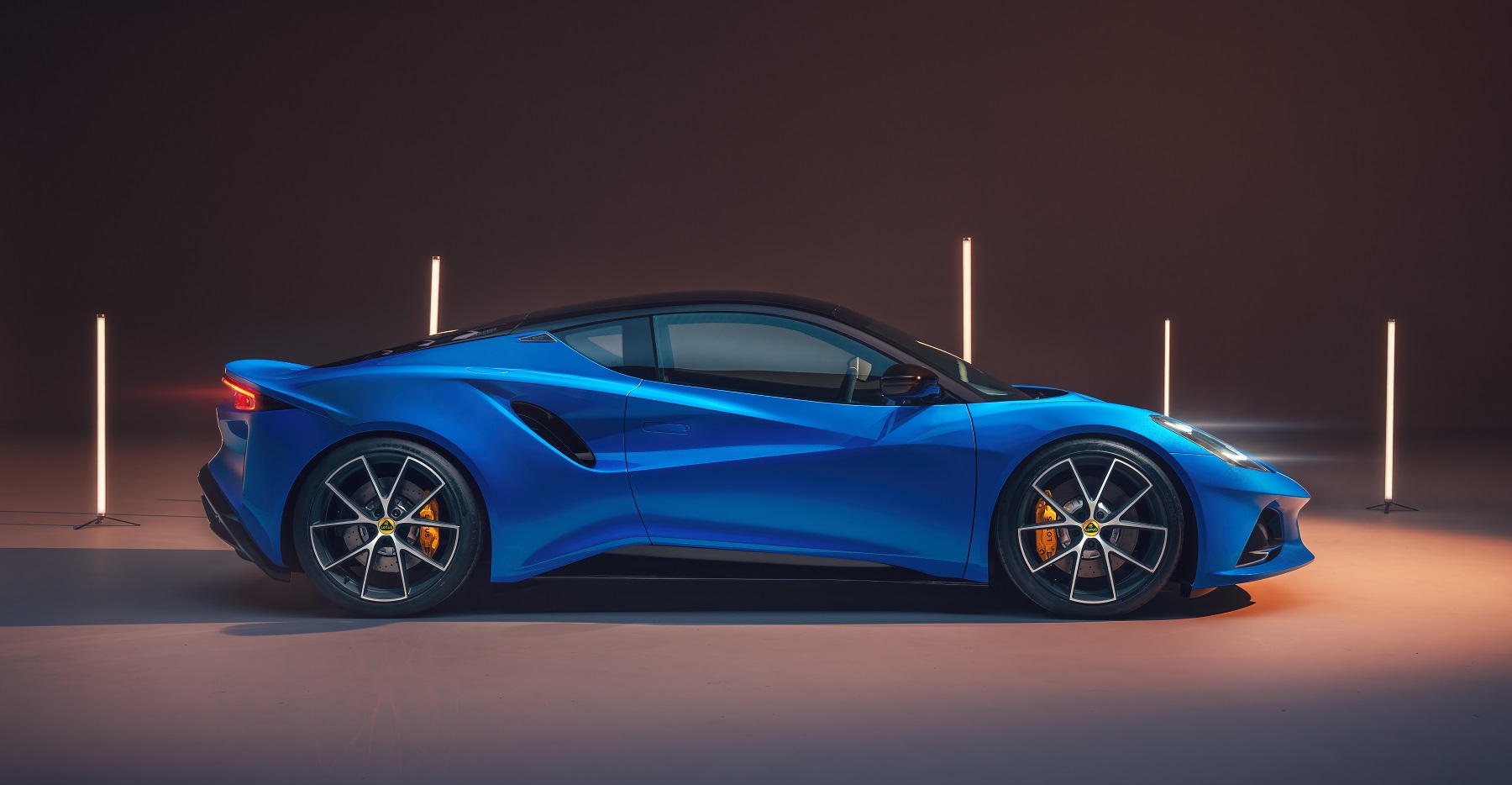 Built on a new architecture with bonded extruded aluminum chassis technology, it will keep the Lotus magic alive for drivers who choose to utilize it. The suspension and chassis is available in two flavors, because that’s all it needs. Tour is optimized for everyday road use with a more balanced approach while Sports offers a stiffer setup for enhanced dynamic capability and feel. And to give enthusiasts what they want, hydraulic power steering is still used for its excellent feedback.

The Emira is the first production Lotus to carry the stunning new design language that debuted on the Evija electric hypercar. With “sculpted surfaces and technical detailing” on a shrink-wrapped body, it has everything from the Evija short of the Venturi tunnels from the Evija. Every surface feature and intake is as functional as it is beautiful. It has no need for active aerodynamics and extending spoilers. Its passive downforce is precisely balanced between the front and rear axles at all speeds. That means as the downforce increases with speed, its handling characteristics and balance remain constant.

All in all, it’s an impressive achievement from Lotus and a remarkable way to end an era. We’re seeing transformations in basically every major brand but few have been quite like this. It’s not the hard transition we’re used to seeing. The Emira is a car that straddles both versions of Lotus. One side is a futuristic and highly advanced Lotus like we’ve never seen before and the other is the old Lotus that we know and love deeply.

The First Edition models (V6 spec) will start arriving in driveways next Spring. The remaining Emira specifications, including the AMG-powered one, will come out next Summer. Pricing is expected to start “under” £60,000 (so £59,999) in the UK and “under” €72,000 in mainland Europe. Price conversions for the US dollar could range between $82,000-$86,000, and that will matter as it’s destined for our shores. 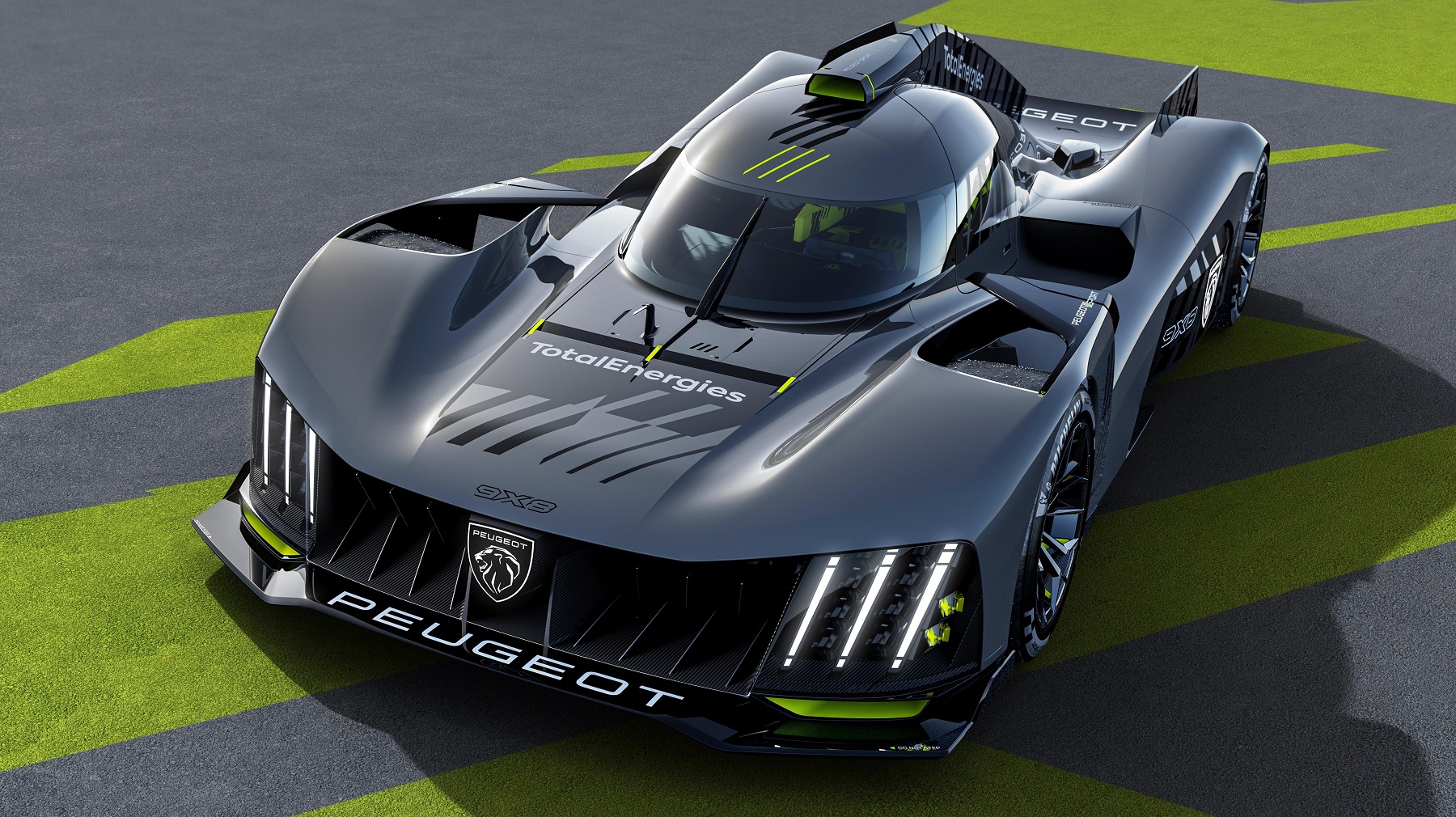 When the FIA and WEC adopted the Hypercar regulations for their new top prototype class, they probably had cars like this in mind. The class rules allowed for a manufacturer-developed chassis and full aero kits and a wide range of powertrain options to foster innovation. So far it’s only given us a Toyota that they say isn’t like their old LMP1 car but we all know it basically is and a Glickenhaus. Peugeot is the first to truly take the Hypercar class to the sort of levels it was meant for. Say hello to the 9X8, Peugeot’s competitor for Hypercar in 2022 and beyond.

What you may notice first is the distinct lack of a thing that you typically see on race cars. Just a little something called a rear wing. This being missing is a feature, not a bug. Underbody aero and a host of other design tricks, Peugeot believes, can be utilized in such a way that a wing just isn’t needed. And they don’t plan to expand on that for as long as they can. But as you look around the car, it’s clear that a lot is going on. And it looks stunning. 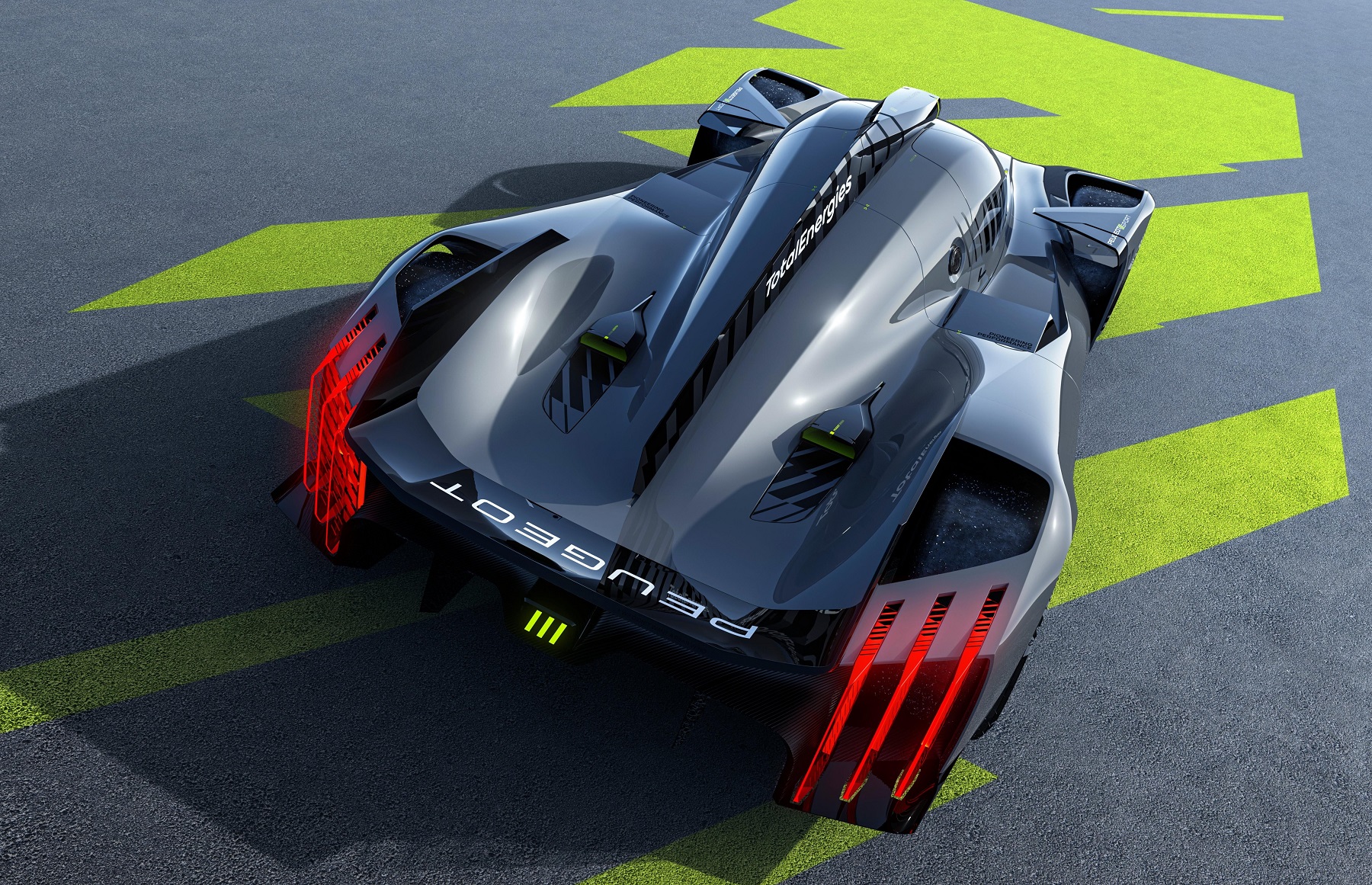 Power comes from a 2.6-liter twin-turbo V6 and an electric motor as permitted by class rules. Total output from both units will be capped at 670 horsepower but loads can be shifted between them depending on the situation. The V6 will drive the rear wheels while the electric motor powers the front.

Peugeot is scheduled to take to the track in 2022. They’ll join Toyota, Glickenhaus, Ferrari, and maybe Alpine and ByKolles who have thrown their hat into the ring. From 2023 they’ll be joined by LMDh entries from Acura, Audi, BMW, Porsche, and very likely Cadillac plus others. The future of prototype endurance racing is looking very bright indeed.

The list of cars that haven’t been butchered by BMW’s design lead is growing ever smaller, and they’ve gone for the beloved 2 Series now. Domagoj Dukec is on a mission to exonerate Chris Bangle and prove once and for all that he is the worst head of design in BMW history.

But credit where it’s due – the kidney grille is a normal one and not the beaver tooth that has been forced onto the noses of other prominent BMWs. It’s just that the rest of the car is… a bit weird. It still gets the profile and dimensions of a true BMW sports car right, at least.

And in M240i specification (highest spec until we get the M2) it packs an even mightier punch. A 34 horsepower increase out of its twin-scroll turbo straight six brings that up to 375 horsepower. That’s more than the first M2 had. The biggest change though is that it now exclusively comes with xDrive, a rear-biased AWD system.

And that’s all I feel like saying about this car. Oh… and that purple is outstanding. 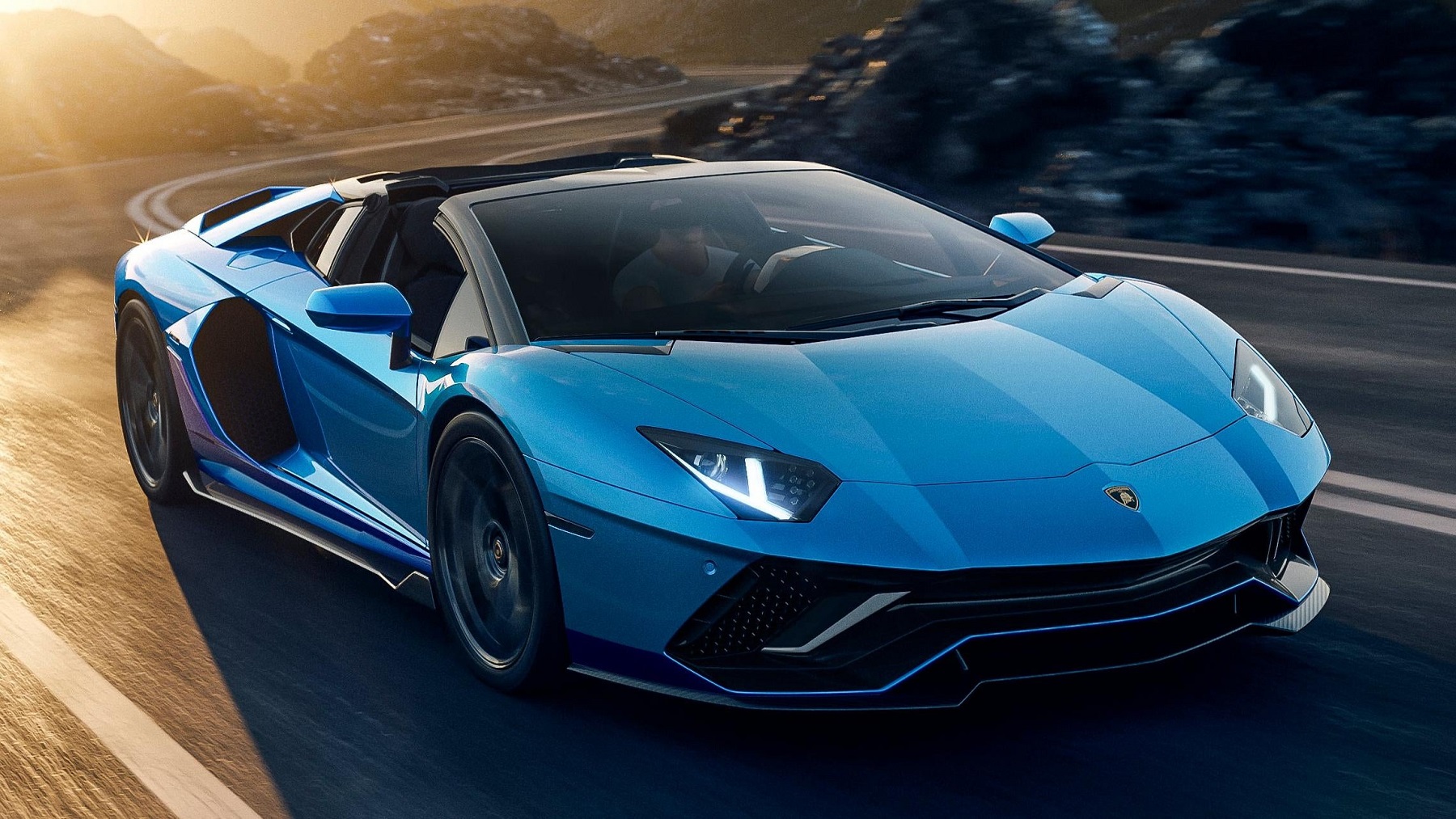 I’m talking about a new Aventador for like the 14th time, but this one is pretty special… again. It’s not called the Ultimate because it’s faster and more expensive than the others, but because it’s the last of its kind. It’s the final Aventador to enter production and will also be the last time an N/A V12 is the sole power unit in a Lamborghini.

From what we can gather, future Lamborghinis will either be hybrid and/or turbocharged. A very long line of very special cars will come to an end with this. Its 6.5-liter V12 produces 769 horsepower and shoves it to a top speed of 221 mph. AWD and a quick 7-speed transmission helps it reach 62 mph from a standstill in 2.8 seconds.

There’s a bunch of other cool stuff they’ve added but it’s a car that is limited to 500 units globally so nobody will ever get to see it. 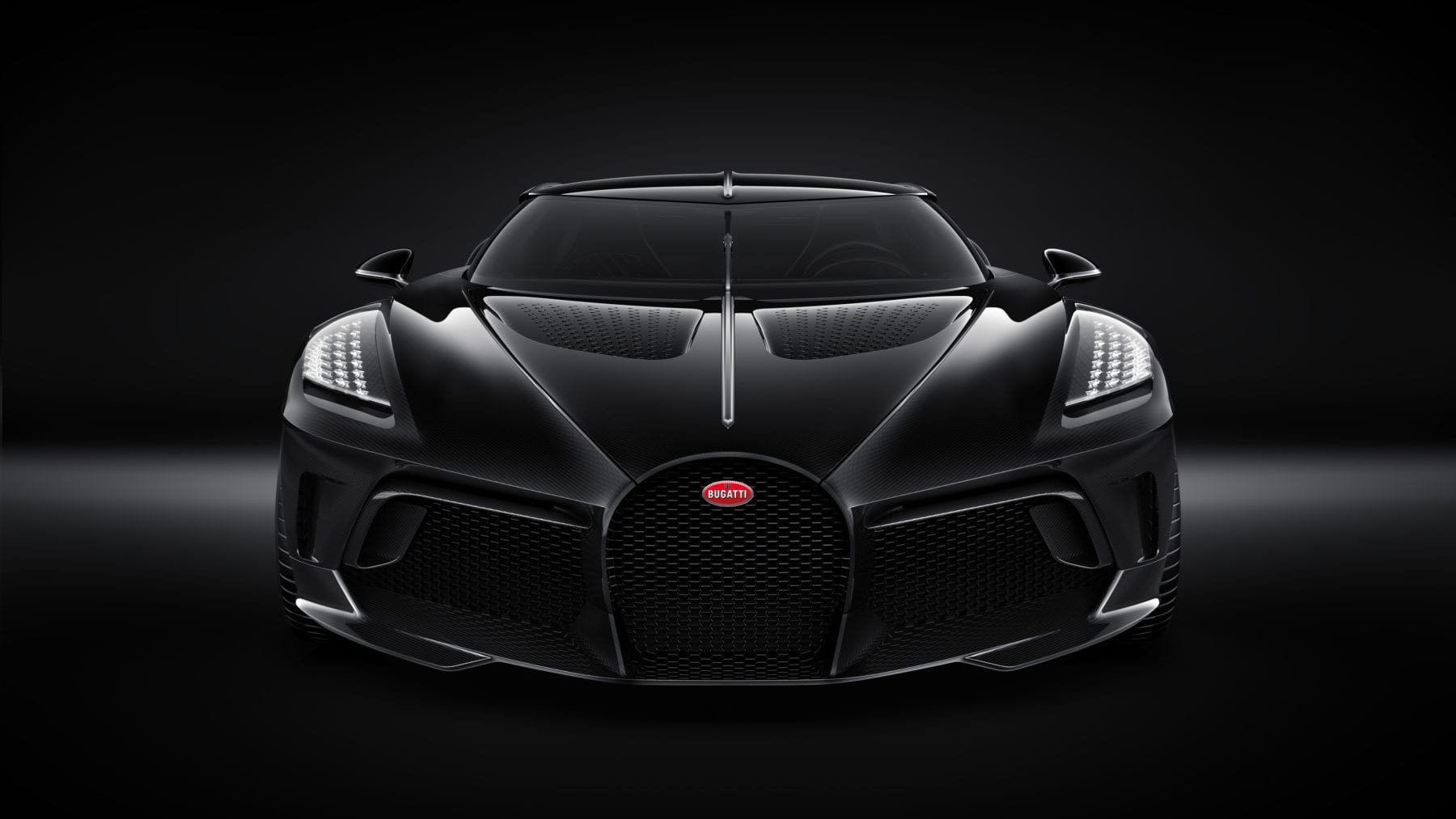 Bugatti will be merging with Rimac to form a new company imaginatively called Bugatti-Rimac. The Croation EV hypercar manufacturer will hold a 55% stake in the new company to effectively take control of it. Volkswagen won’t be completely rid of Bugatti though as Porsche will be holding the remaining 45%. The deal sees two of Europe’s most prestigious brands and their most exciting newcomer joining forces.

This official confirmation follows months of rumors that Volkswagen was looking to get out of the whole “bespoke hypercars for the world’s top 0.0001%” game. Offloading them to Rimac while also keeping some relationship via Porsche is probably the best thing that could have possibly happened to Bugatti. Rimac is one of the literal handful of companies who can match Bugatti in sheer power and lunacy, albeit with slightly different methods. Few details were confirmed as this is still a pretty new agreement, but don’t expect Bugatti to go electric overnight. They’ll continue finding new ways to sell the Chiron for a higher price and will deliver their first EV by 2030.

If you want more details and reactions from parties involved, check out the Car & Driver article here.

And if you’re going to be at Radwood NorCal this weekend, I will be too! Look for the fat loser in a Deftones shirt.