Welcome to the Hooniverse News! As always, this is a weekly recap of the biggest stories in the automotive industry without the fluff or bull. This week: Dodge is celebrating Independence Day the only way it knows how – with Hellcats, lots and lots of Hellcats, and two American icons and the Dodge Journey will not live past 2020, plus your automotive news for the week.

It should come as no surprise that Dodge chose this week to break out of their pandemic-induced hiatus with some fresh new metal. And of course they’ve done so with three Hellcat derivatives with 2,314 horsepower among them. When you build the same thing since 2015 you get surprisingly good at it while finding new ways to sell it. Two of these new debuts are ones that have certainly been anticipated among enthusiasts while the other is a nice little surprise. Here’s the rundown on all three.

“For muscle car people with families” that need something bigger than the Charger were the target audience for the Durango SRT Hellcat. It’s largely the same SUV underneath as the Jeep Grand Cherokee Trackhawk but has a bit more capability. After all, the Trackhawk came out three years ago so things have advanced a bit since then. The supercharged 6.2-liter V8 produces 710 horsepower and 645 lb.-ft. of torque in this package, a whole 3 horsepower more than the Trackhawk. It also runs the same eight-speed automatic and all-wheel-drive system. But that’s not the whole story.

When equipped with the “Tow N Go” package, towing capacity is an impressive 8,700 pounds, significantly more than the Trackhawk. Or most SUVs in fact. When you’re not towing, the performance capabilities will be greatly improved over the Trackhawk thanks to some chassis tuning and refinements. Its suspension will be more comfortable in standard modes and can transform itself in Track mode. New suspension tuning allows for an increased dynamic range so the changes in each mode will be far more noticeable.

All in all, they claim more grip and stability while understeer on this gigantic 4×4 SUV is reduced by 2.5 percent. Large Brembo brakes with six-piston (front) and four-piston calipers post some surprisingly good deceleration numbers for this thing – it can come to a dead stop from 60 mph in 116 feet. From the sources I can find, that’s within ten feet or so of standard Charger/Challenger Hellcat models. But if you’re just interested in playing with launch control and racing down the 1320, you’ll be pleased with its 3.5-second 0-60 time and 11.5-second quarter mile time. It won’t stop pulling until 180 mph.

The timing of the Durango SRT Hellcat launch isn’t coincidental. All Durango models are getting a bit of a refresh this model year with revised styling and new features inside and out. This Hellcat variant is a bit of a halo car for that lineup and is finally giving fans of the brand more of what they want – Hellcat everything. Sadly this has only been confirmed for a single model year run. Unless this thing prints a huge amount of money for Dodge, which I don’t see why it won’t, it’ll be gone forever when the 2021 model year ordering books close. Hellcat + one model year only = have fun with the dealership markups. 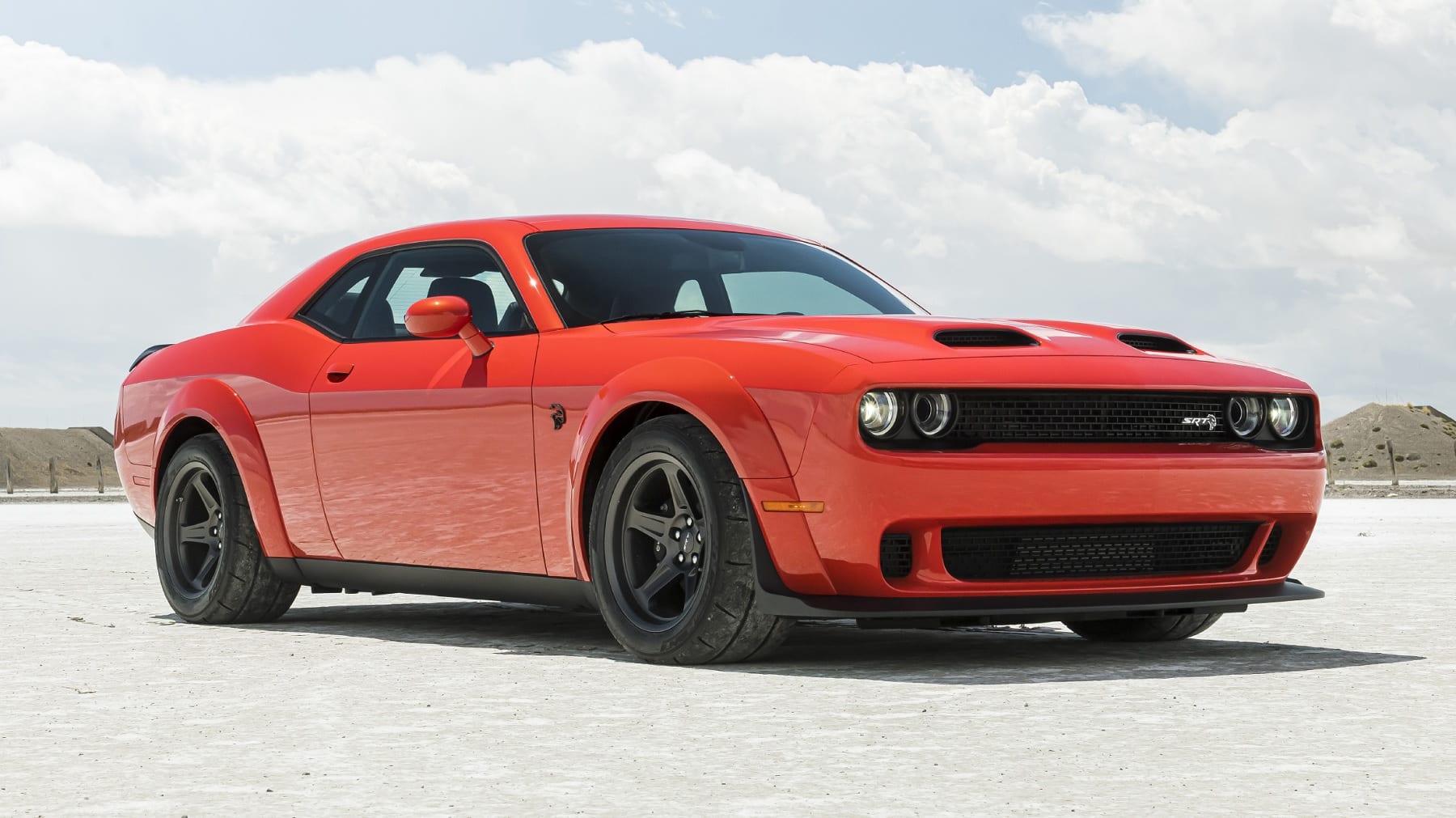 It may look like another Demon but it isn’t. But the spirit of limited-run quarter-mile-crushing Demon lives on through the 2020 Challenger SRT Super Stock. It’s another love letter to the drag racing fans and it’s got plenty of things inside to love.

The supercharged 6.2-liter V8 is taken from the Hellcat Redeye but features a new calibration, which means 807 horsepower and 707 lb.-ft. of torque on pump gas. Power is sent through an eight-speed TorqueFlite automatic transmission and standard Nitto NT05R drag radials are tasked with putting it down. Dodge claims this is the only production car to come standard with drag radials and I have no reason to doubt them. Those are sized 315/40/R18 at all four corners and are mounted to lightweight 18″ x 11″ wheels that look very close if not identical to the Demon’s wheels. 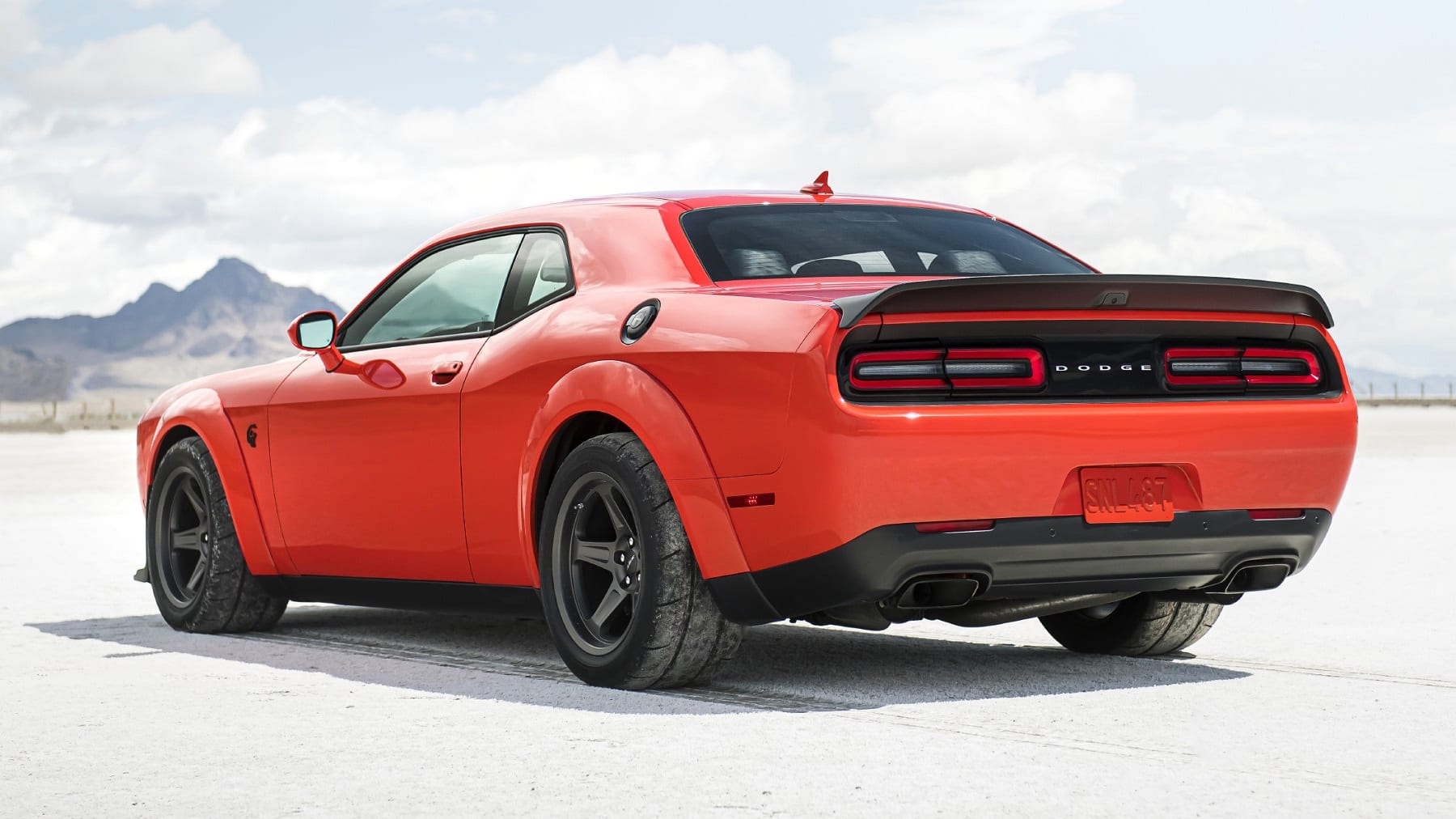 With that kind of hardware it’s easy to call it done and ship, but Dodge put some additional work into backing up that power with some really impressive features. A drag mode for steering and suspension, line lock, and launch control is standard these days on cars like this. But things like wheel hop reduction on launches, race cooldown which keeps the fans and cooling system running when the engine is off to minimize heat soak, and their SRT Power Chiller which redirects cool air from the cabin AC to reduce air intake temperature are unique to SRT vehicles like this. These all debuted on the Demon and are now available on the Redline and Super Stock.

And the best part is that this all actually serves a purpose. Get the launch right and you’ll knock out the 0-60 in 3.25 seconds and run the quarter mile in 10.5 seconds at 131 mph. The Challenger SRT Super Stock is not a limited run model either, so buyers that are looking for the ultimate factory drag racer that can still be driven on the street will have plenty of time to pick one up. No prices have been announced yet. 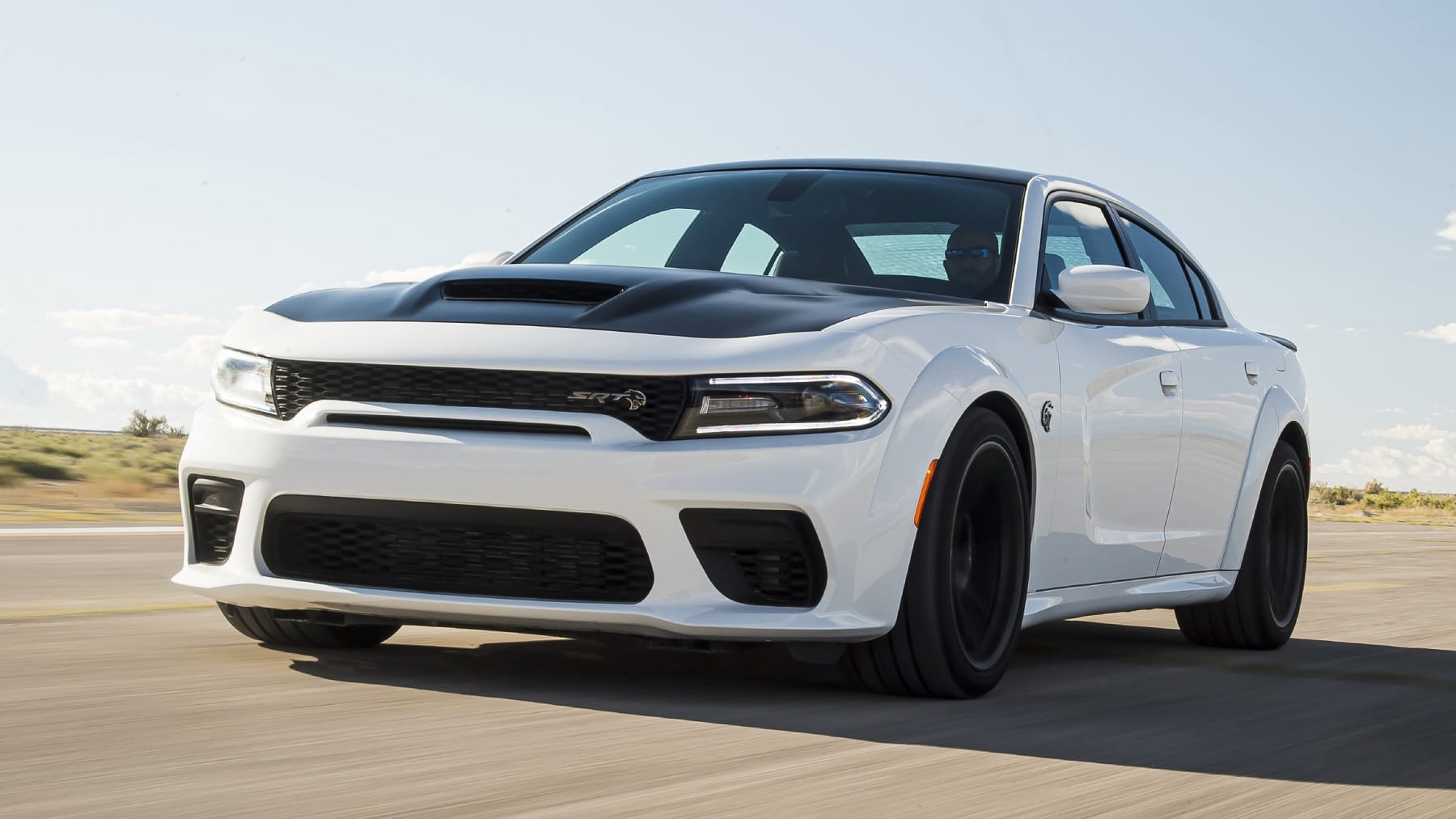 It’s powered by a – yup you guessed it – supercharged 6.2-liter V8, but in Redeye specification that means 797 horsepower and 707 lb.-ft. of torque. All of the performance-enhancing features mentioned in the Challenger Super Stock section apply here as well. And even though that one was billed as a drag racing special with drag radials all around and a bit more horsepower, this one barely lags behind in the quarter mile by Dodge’s own numbers. 0-60 is “in the mid threes” and the quarter mile is run in 10.6 seconds at 129 mph. So a tenth of a second and 2 mph slower while having ten less horsepower and two more doors. The Redeyes are no joke. Compared to the “standard Hellcats”, their engines feature 25 major component upgrades like a larger supercharger, strengthened connecting rods and pistons, high-speed valve train, and an improved lubrication system. 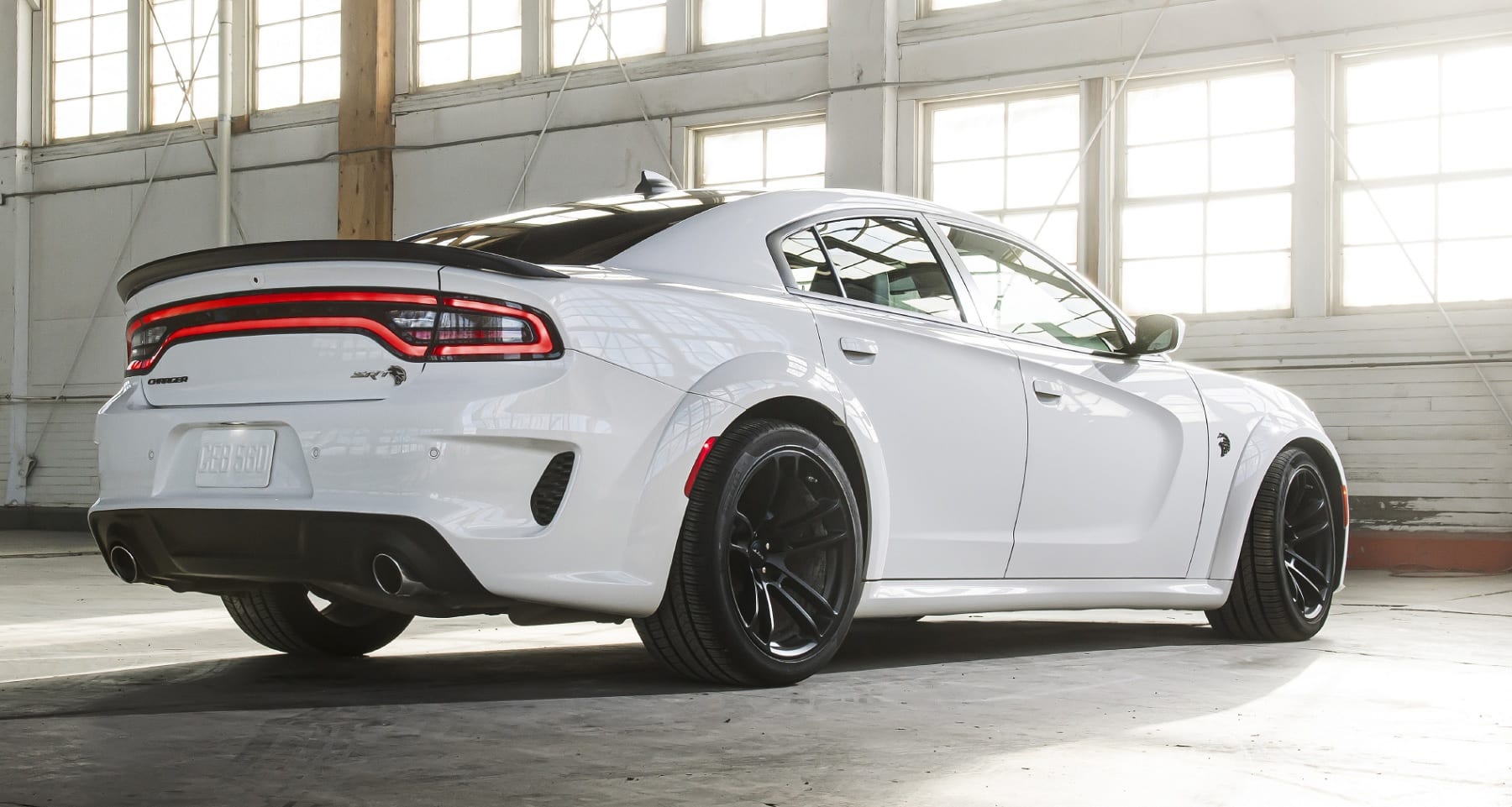 The Charger Widebody upgrade is included in this model as well. That allows for 20″ x 11″ lightweight wheels with 305/35/R20 tires on all four corners. All of the additional design enhancements introduced in the Widebody are fully functional, including the thin “mail slot” grille opening for additional cooling and the hood scoop that is sealed to the air box. The Widebody allows for more traction and better handling, so the braking system was upgraded to match that. Brembo six-piston front calipers with two-piece 15.7-inch front rotors are standard.

No pricing has been revealed for any of these models. The 2020 Challenger Super Stock should enter production this fall while the 2021 Durango Hellcat and Charger Redeye arrive early next year with order books opening this fall.

Lincoln Continental and Dodge Grand Caravan and Journey are dead 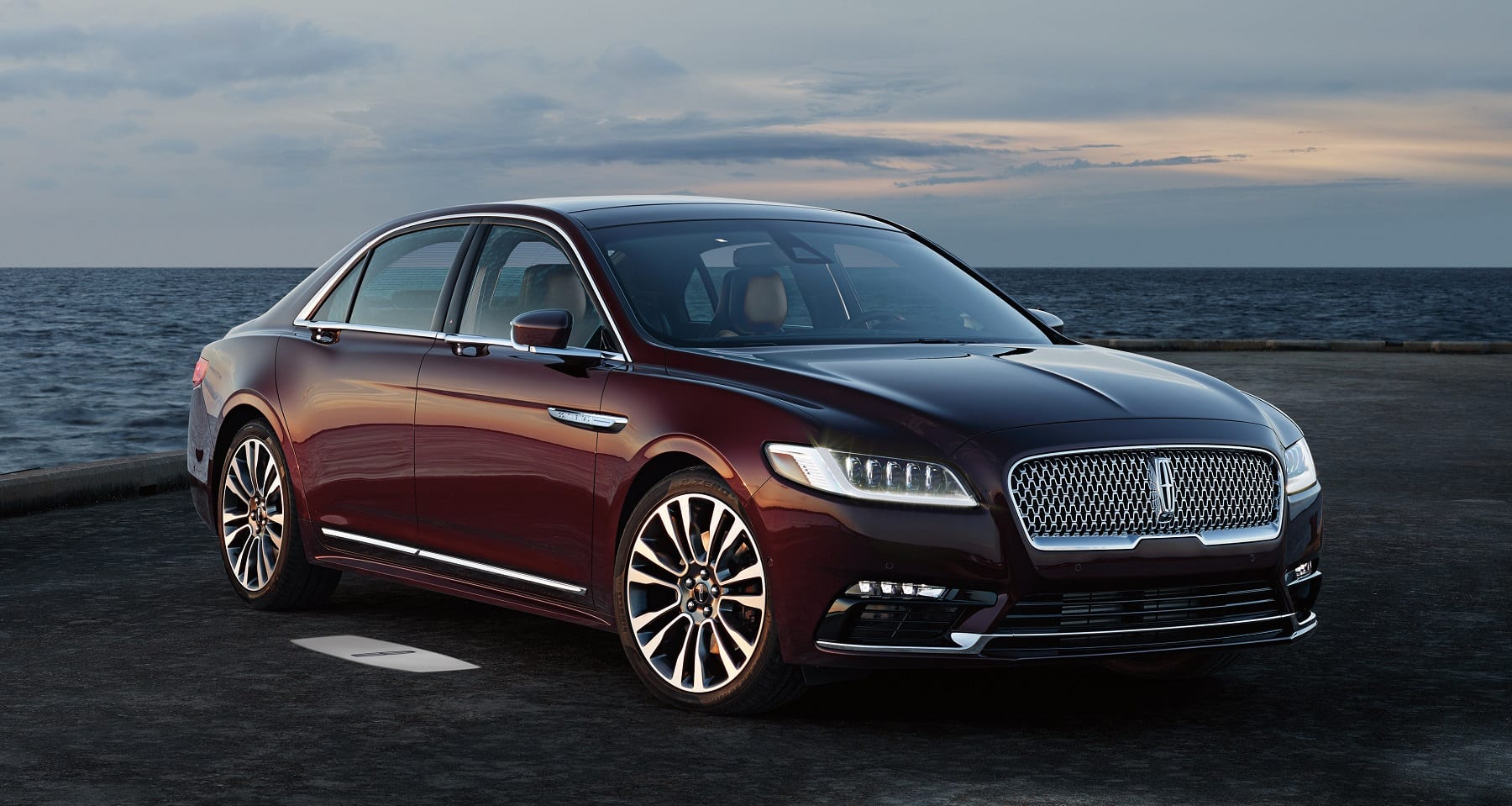 Now for some sad news. As if we haven’t had enough of that already lately. According to reports from Automotive News, The Detroit News, and Jalopnik, two American icons and the Dodge Journey will not live past this year.

The Lincoln Continental was a groundbreaking car for Lincoln which was the beginning of a new and very bright era for Lincoln. After numerous unsuccessful attempts to revitalize the brand in the last decade or so, the Continental was a true jaw dropper from a brand that hasn’t had one of those in…. shit, I don’t know how long, but a long time. The concept car they debuted was stunning and the production car lived up to the hype. It may not have been the same kind of bahnstormer or canyon carver that its German rivals or even the Cadillacs were, but it was a true American luxury sedan and we don’t have very many of those anymore – even fewer now. The Continental played a huge role in saving Lincoln, but as the car buying public continues to favor SUVs and crossovers, it’s up to the heavy hitters like the Navigator and Corsair to carry that torch. 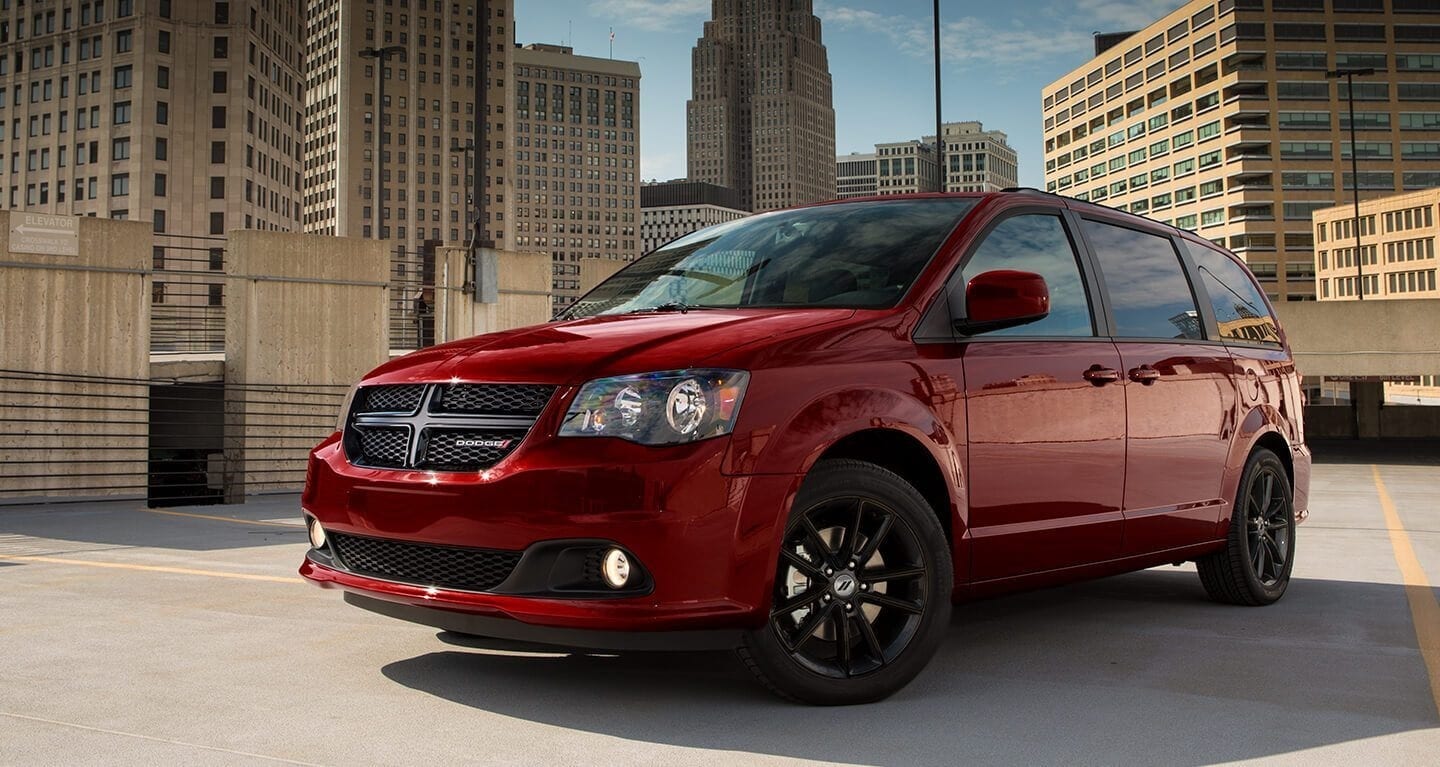 Then there’s the Dodge Grand Caravan, the minivan what was left behind when Chrysler turned the aging Town and Country into the superb Pacifica. The T&C and Grand Caravan ruled the minivan world together for decades. Nowadays though, the now ancient Grand Caravan was the minivan reserved for travelers who fell on the wrong side of “Honda Odyssey or similar”. Its biggest rival was its own sibling from Chrysler, which offered significantly more for not significantly more money. But despite that it was the best-selling minivan last year. You can assume though that was mostly from fleet sales so that has likely dried up in the last few months. It’s unclear if Dodge will come up with their own version of the Pacifica or if their some 40-year streak of dominating the minivan market will truly come to an end. 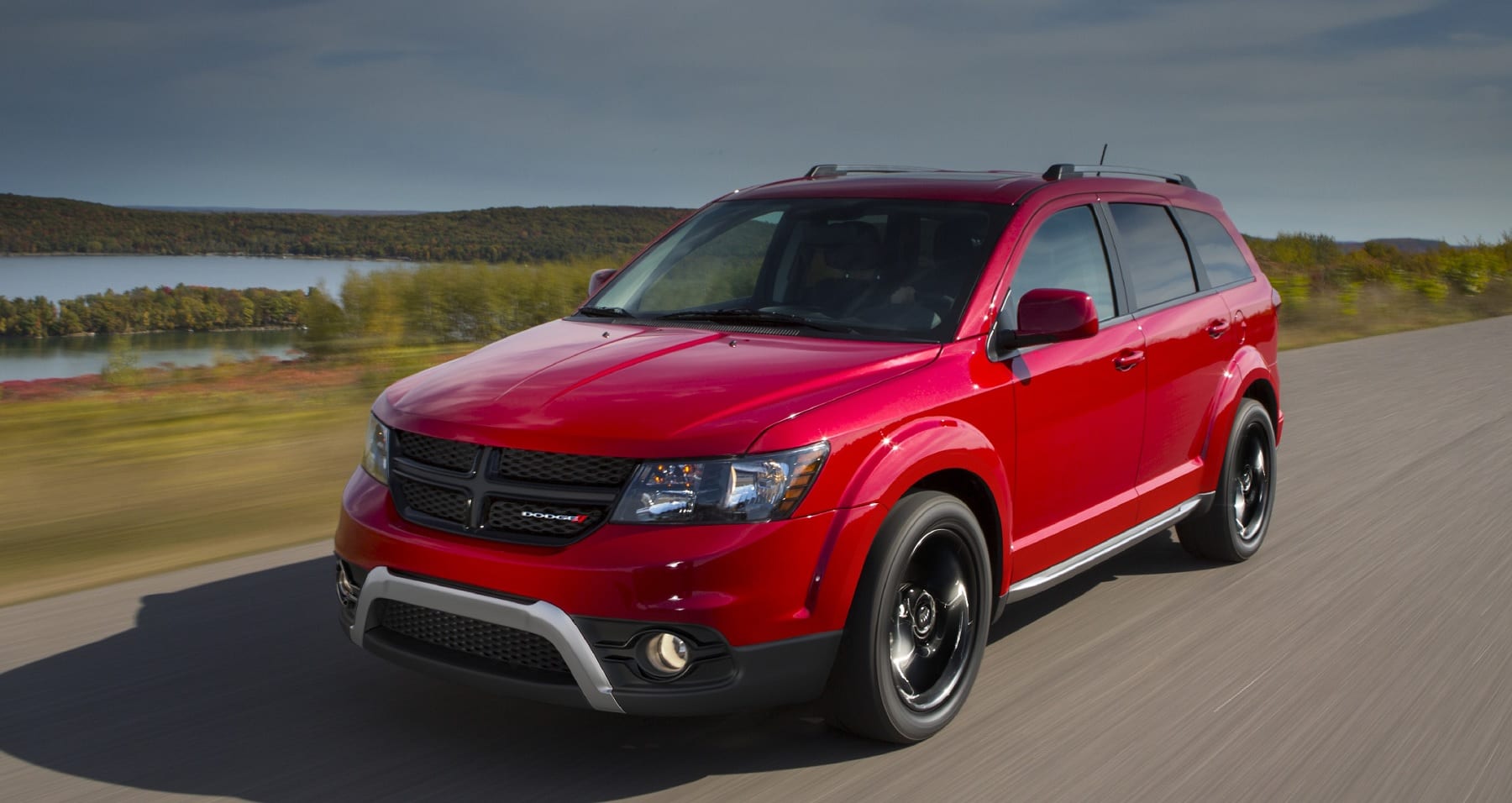 Then there’s the Dodge Journey. I forgot it was still on sale and you probably did too. The front-wheel-drive crossover has been on sale since 2008 with no major upgrades during that time, as demonstrated by the fact that it’s still offered with a four-speed automatic and produces 173 horsepower while only offering 19 mpg city / 25 mpg highway. Those kinds of numbers were mediocre in 2008 and are simply embarrassing today. So rest in pepperonis I guess.