Welcome to the Hooniverse News! As always, this is a weekly recap of the biggest stories in the automotive industry without the fluff or bull. This week: BMW debuts faster, lighter, more expensive M5 CS, Tesla updates the Model S and gives it a dumb steering wheel, GM plans to go all electric by 2035 and tests hydrogen fuel cell tech in semi trucks, and IMSA is officially replacing GTLM with GTD Pro next season. 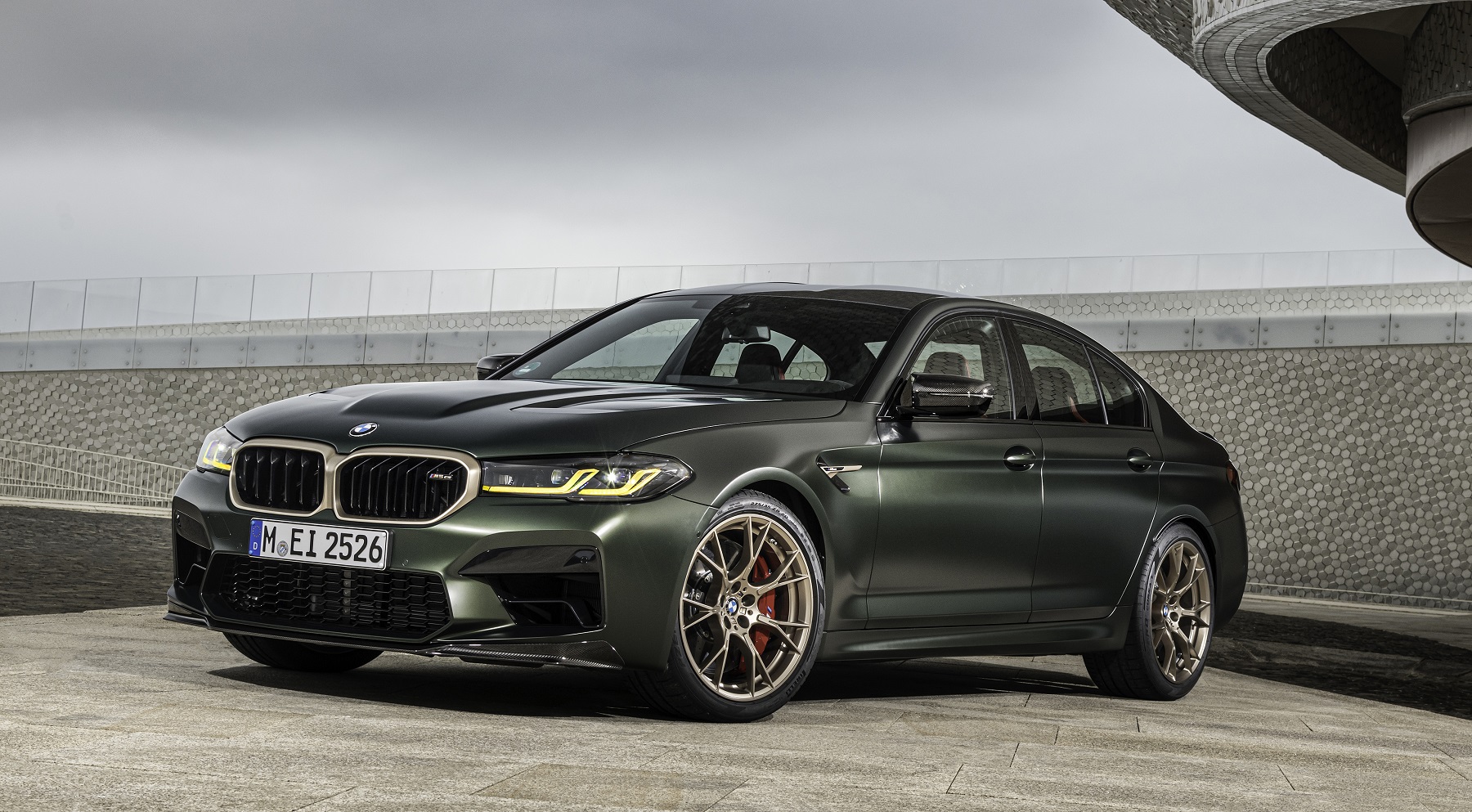 BMW never passes up an opportunity to sell the same car in a different way. This week the M5 CS broke cover as the new big kid on the block. In BMW speak, CS means something along the lines of extra sporty, lighter, and much more expensive. Following that same philosophy, the M5 CS leans heavier on the sporty side of its luxury sports sedan formula and creates the most aggressive M5 in recent memory.

Backing up its killer looks is the same 4.4-liter twin-turbo V8 that’s survived two generations of M5 with some extra power squeezed out of it. This one gets to play with 627 horsepower which is 27 horsepower more than the standard car and 11 horsepower more than the M5 Competition. The CS also adds additional suspension tuning with new spring and damper adjustments. Helping to amplify the effects of that additional power is a surprising amount of weight loss through carbon fiber. BMW managed to cut 230 pounds out of the car by means of a carbon fiber roof, carbon bucket seats, and carbon hood which also has a unique design. There’s also a new front splitter, rear diffuser, and set of side mirrors that are all carbon as well. 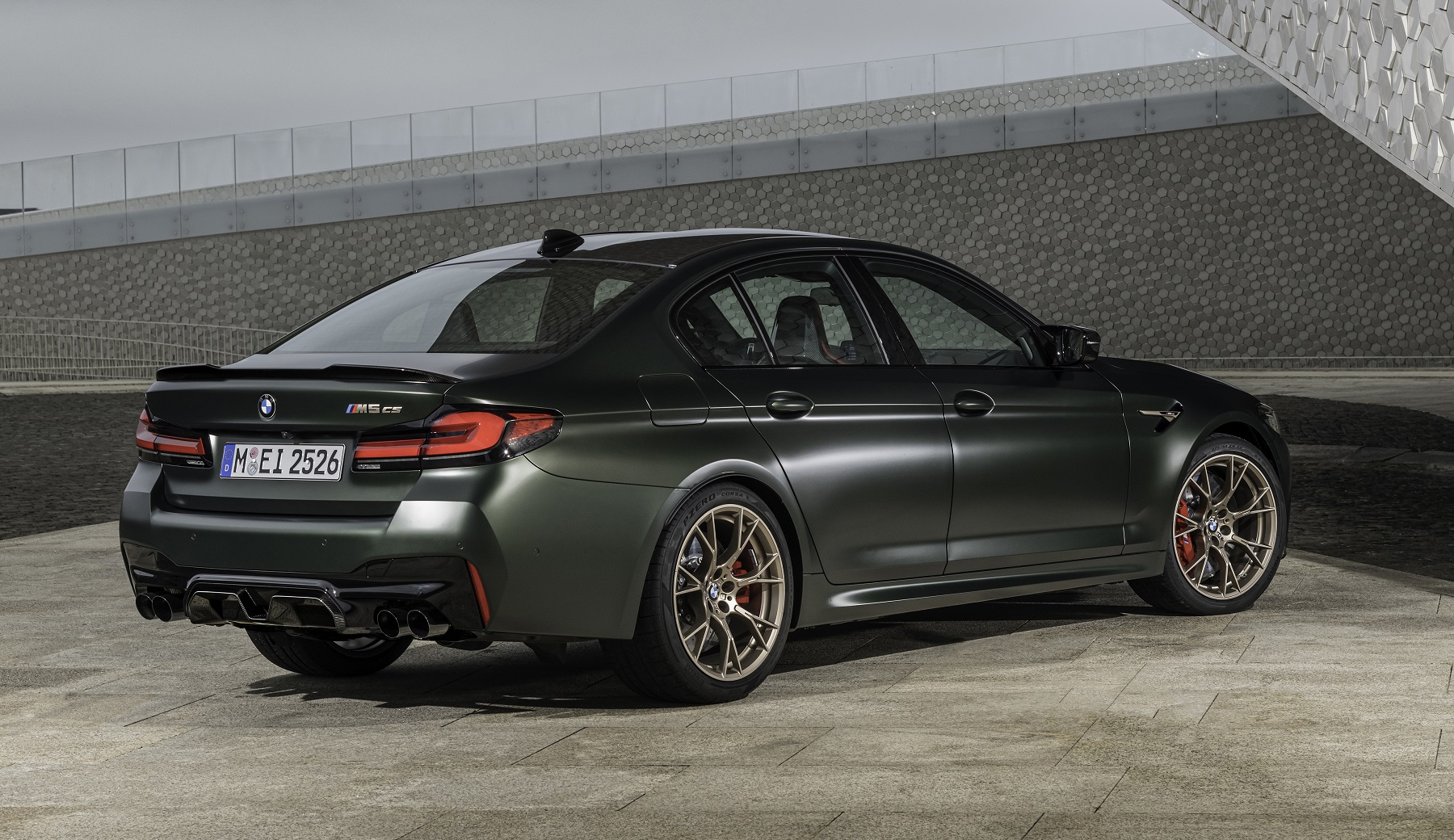 A huge standout feature is the Gold Bronze accenting all around the car. The reasonably sized kidney grille surrounds are goldish-bronze as are the fender vents and the gorgeous wheels. Those bespoke 20″ wheels have Pirelli P-Zero Corsa tires mounted as a no-cost option (they didn’t specify what the standard tire was). It seems these accents are mandatory and the paint options are limited. The lovely color pictured is Frozen [matte] Deep Green metallic and Brands Hatch grey metallic (available in Frozen and normal variants) is the only other paint option they’ve confirmed. 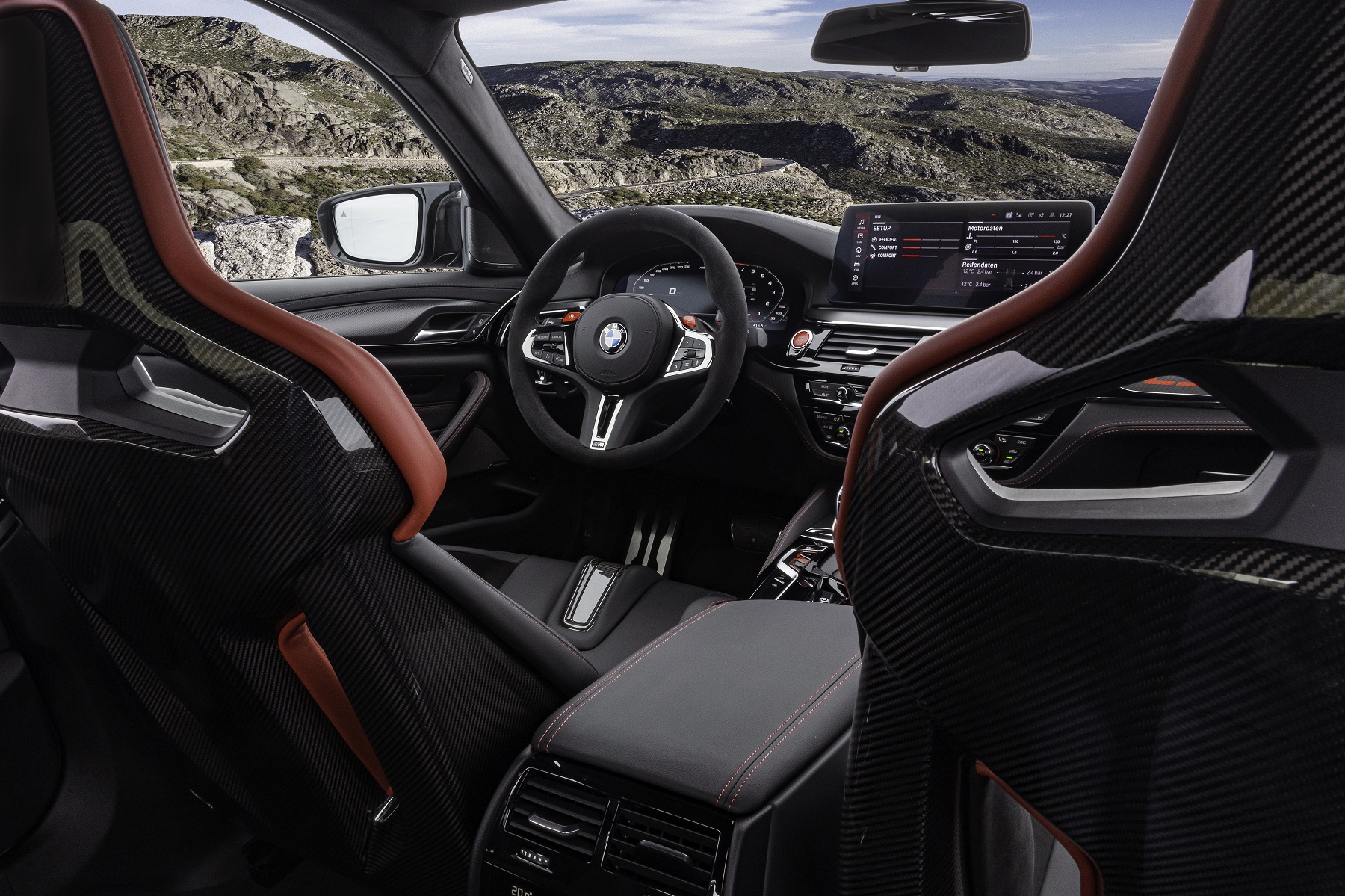 For the time being, the M5 CS is the quickest and most powerful BMW production vehicle ever produced. Such an honor comes with a price – its MSRP is set at $142,000 and it’s limited to one model year only. It arrives on US shores beginning in the second half of the year. 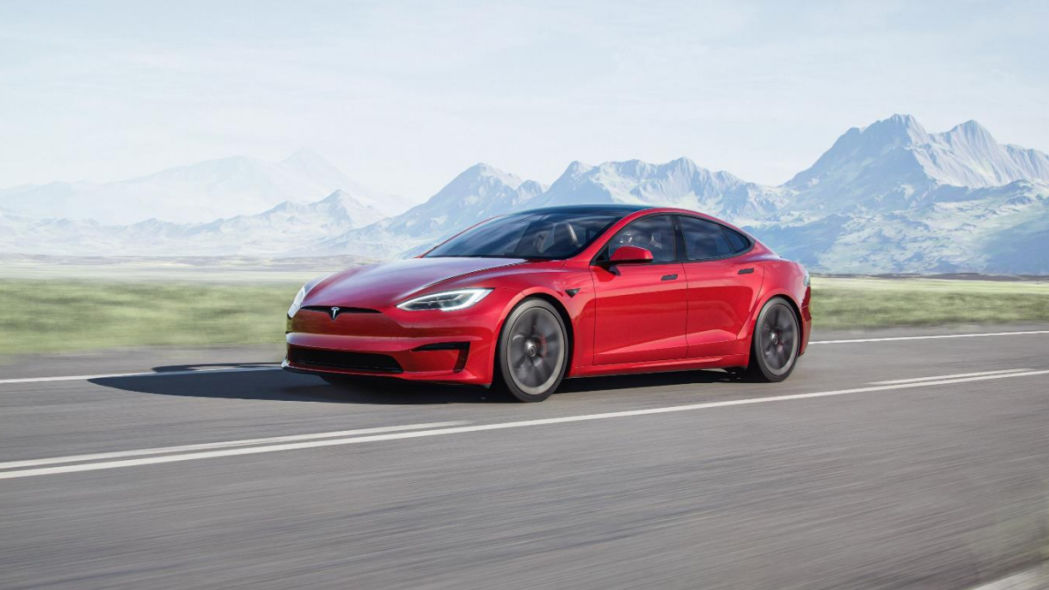 One of the most influential electric vehicles of our time is nearly ten years old now and is continuing to evolve. By now such a car would have been redesigned and reworked significantly, but the Tesla Model S has been taking an evolution rather than revolution approach. Now it’s getting its second major update with a slightly reworked exterior, a new interior, and a significant powertrain update. It’s probably the biggest update Tesla has ever given one of their cars. But of course, Tesla being Tesla, there’s really only one thing everyone is talking about and it has nothing to do with the major improvements to range and power. 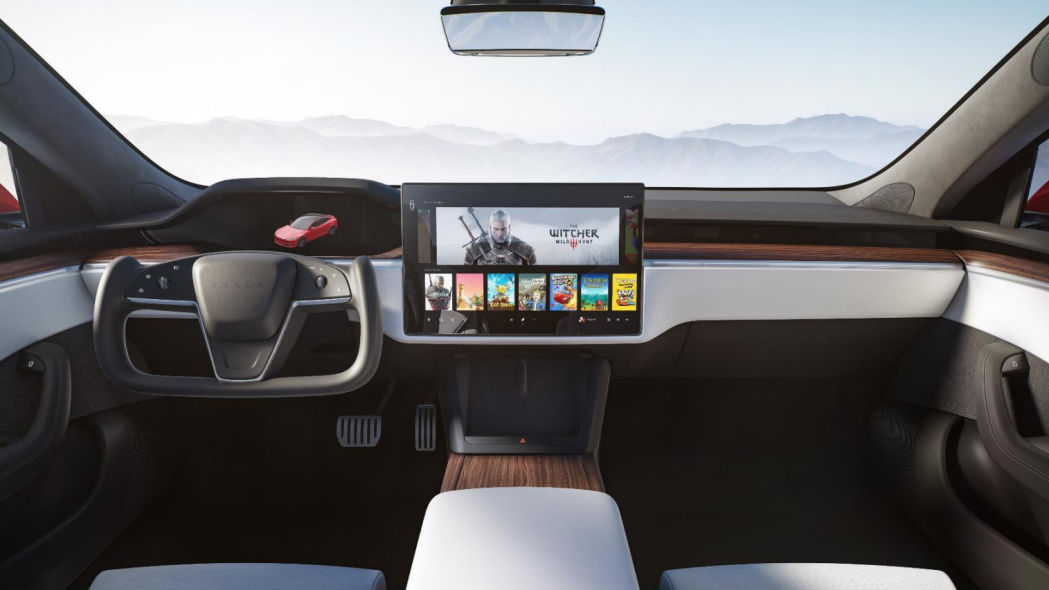 It’s about its dumb steering wheel. You see, Tesla is one of those companies that just refuses to leave well enough alone. For over a century the established best practice for steering wheel design is to, you know, make it a wheel. But someone at Tesla thinks it’s a good idea to make a wannabe KITT-style “yoke” instead. You could say they’re just giving it the same kind of steering wheel that you’d find in modern race cars and if it works for them it can work for Tesla. Except it won’t, unless Tesla is doing to give this car an extremely quick steering ratio that allows you to make a u-turn without having to cross your arms which creates its own set of problems. Tesla likely isn’t going for the whole “haha, racecar go brrrrr” approach but rather the whole “we’re pretending Autopilot is perfect” thing. That’s backed up by the choice they made to show a streaming service on the central infotainment display as if to infer that future Model S drivers will be encouraged to completely ignore the road while beta testing Autopilot. I guess Tesla figured they were going to abuse the system anyway so they may as well make it easier. This is to say if you see one of these new models on the road, assume that the driver isn’t paying attention at all.

Anyway, the new Model S gets a few exterior tweaks including a new lower valence and some nice-looking wheels. New versions will come to the range soon as well including the three-motored Plaid and Plaid+ performance models. The latter claims to have a 1.99-second 0-60 time and “520+ miles” of range. It’s certainly not out of the realm of possibility knowing what Tesla powertrains are capable of. I’m certain Tesla will deliver.

In other news, the Roadster got delayed again.

2035 seems to be the magic number for when numerous countries and auto manufacturers are choosing to go all-electric. GM is now the latest manufacturer to commit. They’re also going a step further by planning to be carbon neutral as a company by 2040. It’s quite the change of heart for a company who just months ago (literally) was publicly in favor of the previous administration’s attempts to ease the emissions restrictions set in place the another administration. But that was like three years ago in GTA time and GM is fully committed to EVs now.

In particular, all light-duty and passenger vehicles are what’s targeted. That basically means every GM you or I could buy for personal use is electrified in some way. Whether this is via battery electrics or hydrogen fuel cells is not certain. At nearly the same time, GM also announced a new initiative to explore hydrogen fuel cells for commercial trucks. They’re partnering with truck manufacturer Navistar to build them and with trucking company J.B. Hunt to test them as early as next week. You can read more about that initiative from our friends who took over Jalopnik. 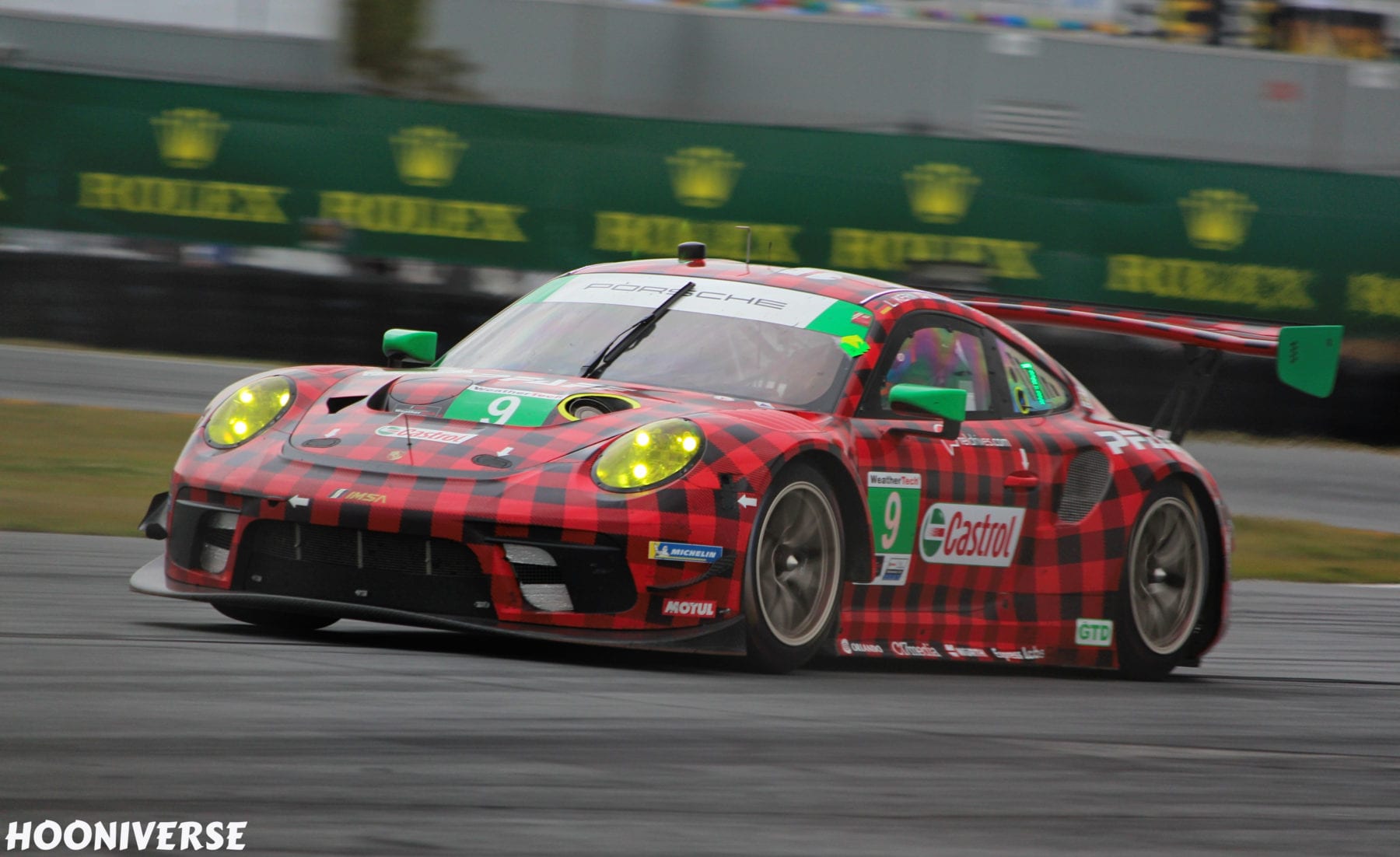 It’s long been rumored and speculated and has seemingly been the only clear path forward, but on the eve of the Rolex 24 weekend IMSA has confirmed the future of GT racing in America’s lead sports car racing series. The mighty GTLM category, where manufacturers have come to play with their baddest machinery with manufacturer-backed teams and top tier drivers, is being replaced next year. As expected, a new version of GTD is being created to replace it and it’ll be called GTD Pro.

GTD Pro will be the new playground for manufacturer-backed teams and pro drivers in sports car racing. The normal GTD class will remain as the home for customer racing teams and their mix of drivers (pro and am), but a GTD Pro will be where all pro drivers will serve as they currently do in GTLM. The goal is to attract more manufacturers who would have been turned off by the higher cost of GTLM. Existing GTLM teams can use their same driver lineup and their same team structure as long as their manufacturer has a GTD car prepared. Currently, Corvette Racing is the only one without a GTD/3 car. The C8.R will need to be converted into a GT3-based car, which they are apparently evaluating. GTD Pro, like GTLM, isn’t technically limited to manufacturer-backed teams. Customer teams with limited support, like Risi Competizione who field a Ferrari despite the factory not giving a shit about anything other than F1, are eligible as well. So in a way, the class format of GTLM carries over into 2022 but it’ll just be in different cars. 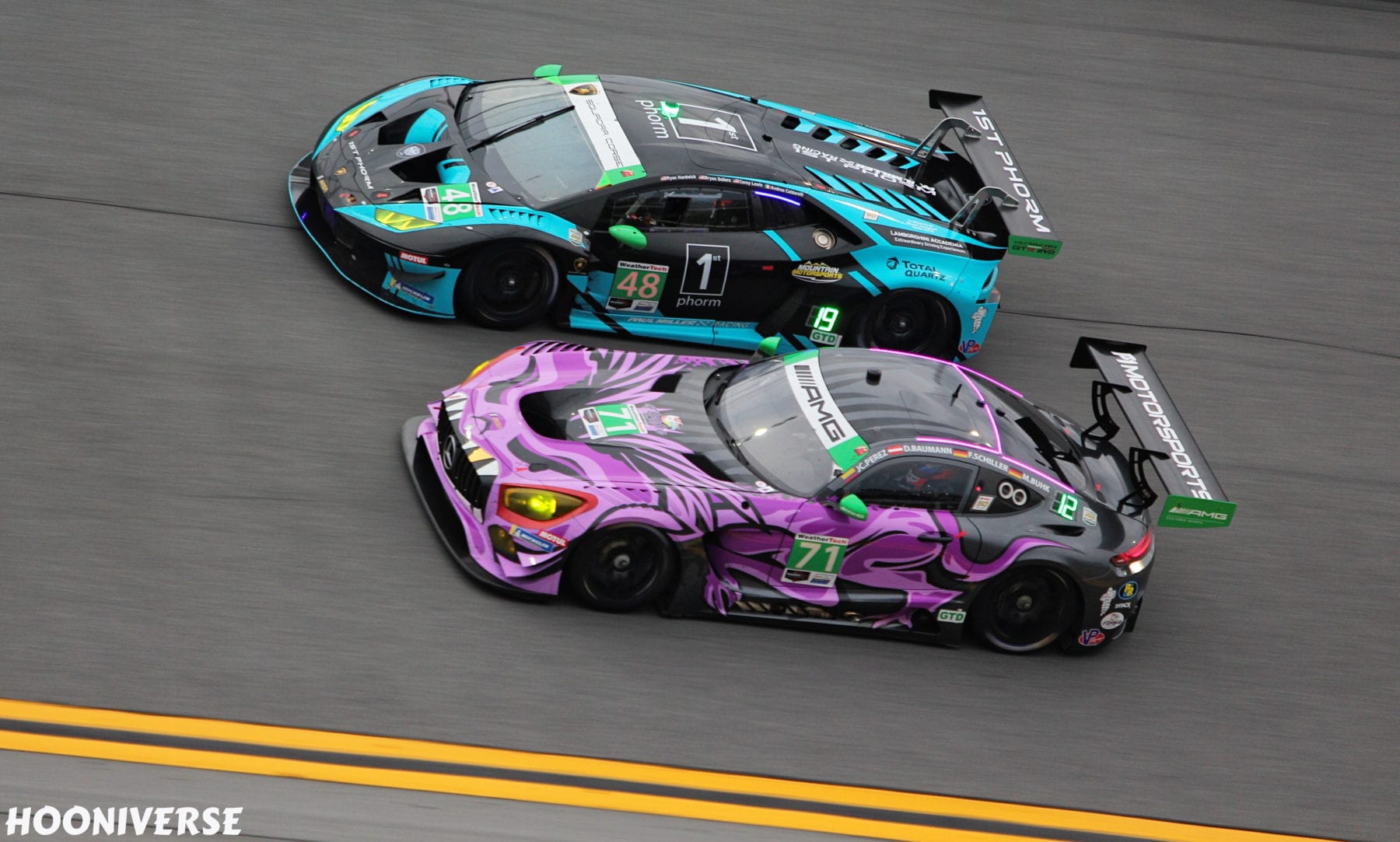 For all intents and purposes, IMSA’s GTD class is FIA’s GT3 in other parts of the world and uses the same cars with slightly modified rules for IMSA. Beginning in 2022, both GTD classes will evolve to meet new FIA rules for GT3. It’s unknown how much that will change but it’s believed that simple upgrades will make existing cars eligible. Currently, numerous GT3 manufacturers like Acura, Ferrari, and Lamborghini offer “Evo” kits for teams who want the latest and greatest without having to buy a new car. We may be seeing more of those before next season. Another thing that remains to be seen is if IMSA will be using balance of performance between GTD and GTD Pro to maintain some sort of speed differential. Currently there’s a big difference in pace between GTLM and GTD and it’s not just down to the drivers. GTD currently has a power reduction compared to the base GT3 specs in order to facilitate easier multi-class passing. It’s possible that GTD will keep that power reduction and GTD Pro will allow for the cars to be uncorked. It’d be cool if they took the mufflers off GTD Pro while they’re at it. That’s pure speculation of course.

There’s simply too many questions left unanswered but there’s still a year to go before the new class debuts. As Racer points out, a huge question is what happens to IMSA’s and ACO’s alignment on GTLM and GTE. These two categories used basically the same cars and allowed for IMSA teams to compete in the 24 Hours of Le Mans. This is what has allowed Corvette Racing and Ford to send cars over. Currently, the FIA WEC and ACO do not compete with GT3-based cars at all. Whether that’s going to change is highly unlikely but not improbable. In the past I seem to remember Ferrari teams being able to convert their car from GTLM/GTE to GTD/GT3 and vice versa. Such a thing may still be possible going forward which would allow for this exchange program of sorts to continue.

The Glory Days of GTLM

So while we wait for these questions to be answered as IMSA unveils more details, enjoy this last year of GTLM competition. It’s sadly going to run with a reduced field with two Corvettes, two BMWs that are only running the endurance schedule, a single Porsche from WeatherTech Racing, and a Ferrari from Risi Competizione that we’ll see maybe sometimes. Just two years ago GTLM was a thriving class with the most exciting cars on the grid. Over the years it’s consistently been some of the most exciting racing anywhere on the planet. But as the future of sportscar racing continues to evolve and budgets get tighter, things like LMDh and GTD are just easier to justify. I have no doubts IMSA’s GTD Pro will be a fine substitute, but GTLM provided a bit of magic and excitement to the grid that will be hard to replicate.

Farewell, GTLM. I’m gonna miss the shit out of you.