Welcome to the Hooniverse News! As always, this is a weekly recap of the biggest stories in the automotive industry without the fluff or bull. This week we have another excuse to talk about the Aston Martin Valkyrie, Brumos Racing colors making a comeback, GMC Sierra HD, Lincoln Aviator pricing, and your automotive news.

Aston Martin’s otherworldly hypercar, the Valkyrie, has been an interesting car to follow as it progresses through development. It started out as a sketch and some renderings that couldn’t possibly turn into a real, fully functional car that can be driven on the road in our lifetime but has slowly become more and more real as the updates get publicized. This latest release by Aston Martin brings their dream one step closer to reality while also proving that what we’ve seen so far is just the beginning.

Because a car that’s largely designed by Red Bull Racing’s Adrian Newey and powered by a 1,100+ horsepower Cosworth V12 needs a dedicated track day version, Aston Martin dropped some details regarding the AMR Track Performance Pack for the Valkyrie. It sounds about as necessary as a Heavy Duty version of the A-10 Warthog.

The 150 lucky bastards who got to place Valkyrie orders can customize their cars through the brand’s “Q” personalization service which now includes this package to add an extra emphasis on the car’s track-dominating speed. Some of the parts they add are meant for the track exclusively but can be interchanged with their road-going counterparts by an Aston Martin service center… or the owner’s private team of ex-Formula 1 mechanics.

And because it’s pretty much mandatory for something like this, they also offer a “suite of personalized pit garage and race suit accessory options”. When it’s all said and done the AMR Track Performance Pack can offer an 8% reduction in lap times (depending on track conditions and whether or not the driver opted for the matching racing suit).

This package also gives the ability to specify one of three AMR liveries or go with a custom color scheme. The aforementioned “Q by Aston Martin” service is giving all 150 owners near endless options for customizing their Valkyries. They went into detail about some of the things they offered but I can already tell you don’t care. Neither do I. 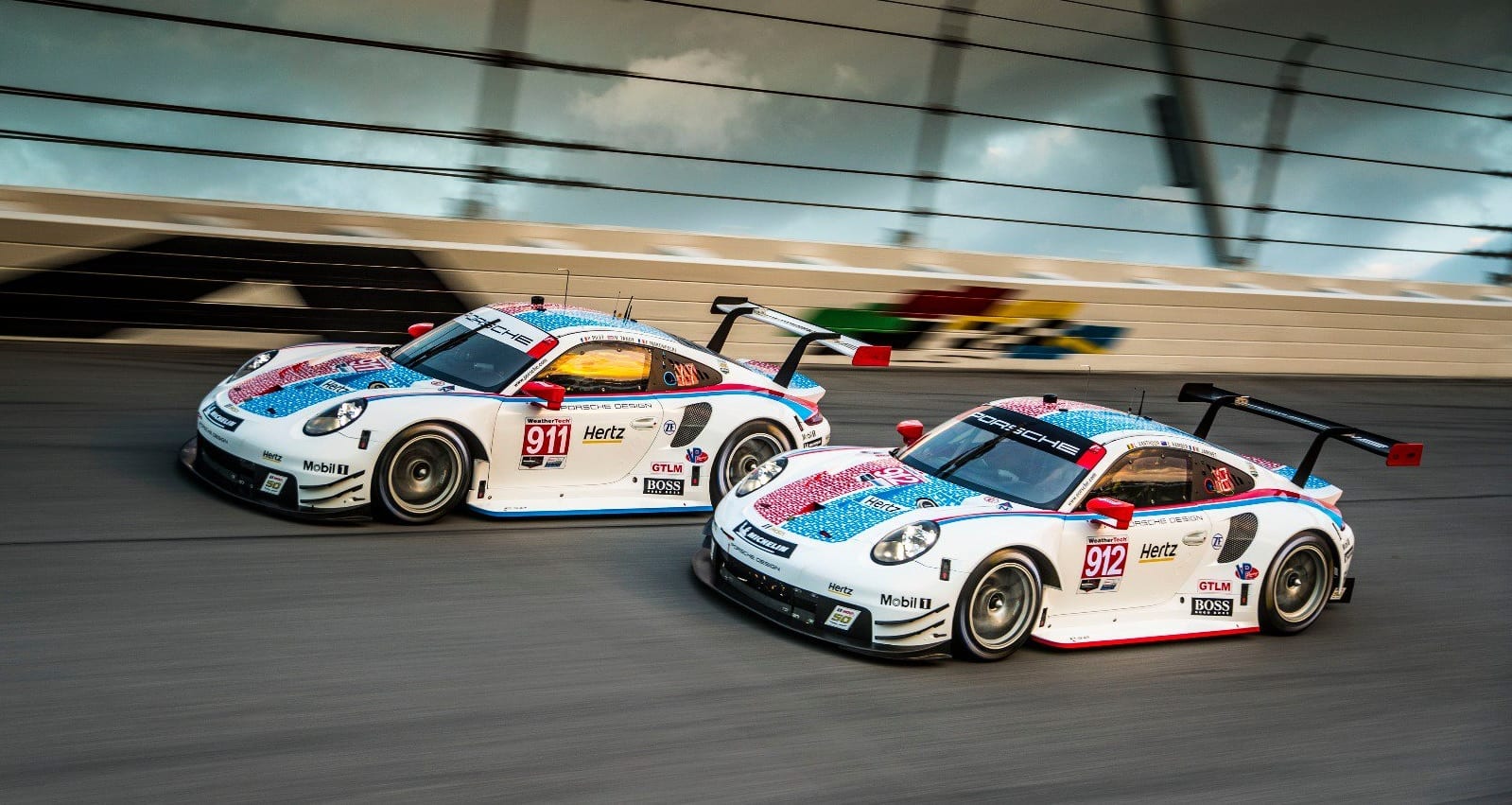 Few brands have done heritage liveries quite as properly as Porsche has and this gorgeous livery unveiled this week is no different. For the Rolex 24 at Daytona and 12 Hours of Sebring, Porsche’s factory 911 RSRs will be flying the iconic colors of the legendary Brumos Racing, one of the most successful Porsche racing teams ever.

To understand why, I’ll defer to Porsche’s summary:

In the 1950s and 1960s, the Porsche racing vehicles of Brumos-Porsche were decked out in a distinctive yellow and orange. The ongoing successes, all of which were claimed after the arrival of sports car driver Peter Gregg and the associated name change to Brumos Racing, were achieved in the colours of white, red and blue.

The Porsche race cars from Brumos netted 15 titles and 48 race victories in the IMSA series. The squad proved formidable at its Daytona home race with triumphs in 1973 and 1975 (Porsche Carrera RSR) as well as in 1978 (Porsche 935/77) and 2009 (Riley Mk. XI with the Porsche 3.99-litre engine). However, Brumos dominated on many other North American racetracks, as well. The most recent major title was scored by the squad in 2011 with Andrew Davis and Leh Keen claiming the GT championship in the Porsche 911 GT3.

Racing operations were halted in 2013, with a brief comeback in the 2015 season after the team was sold. However, after just two races at Daytona and Sebring, the programme finally ended. The Brumos name originates from the owner of a car dealership in Miami Springs. In 1955, Hubert Brundage was one of the first to field a Porsche vehicle in a racing series outside Europe. In the 1950s, his enterprise Brundage Motors had the telex address BRUMOS.

And another fun fact I just learned from Radio Le Mans today: their racing number 59 originates from Gregg’s Navy service aboard the USS Forrestal (CV-59). 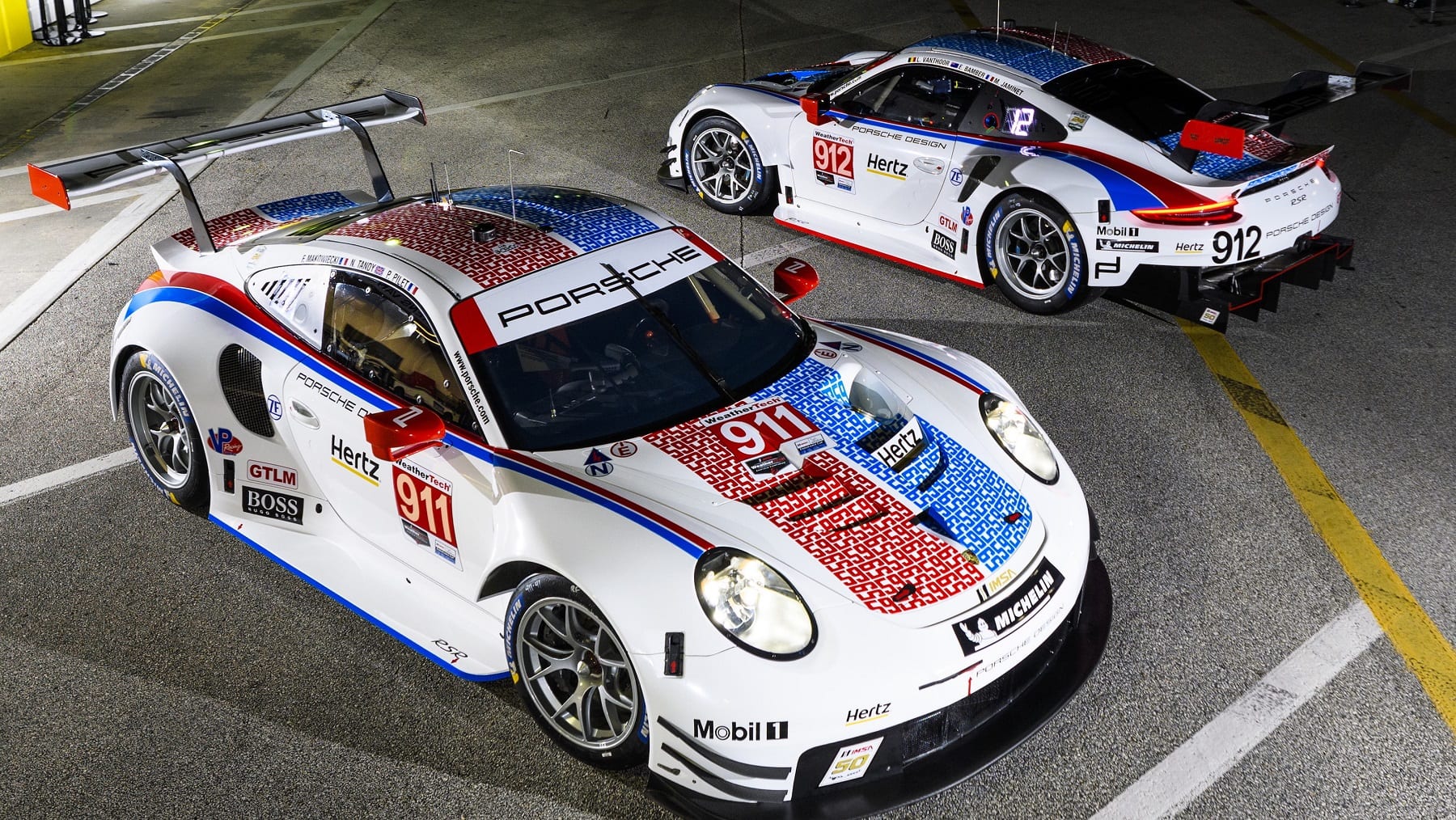 So yes, one of the teams most deserving of the honor finally gets to see their colors fly again at the two biggest endurance races in America. And it looks stunning. I can’t wait to see this at Daytona this weekend and I’ll speak for Kamil as well. 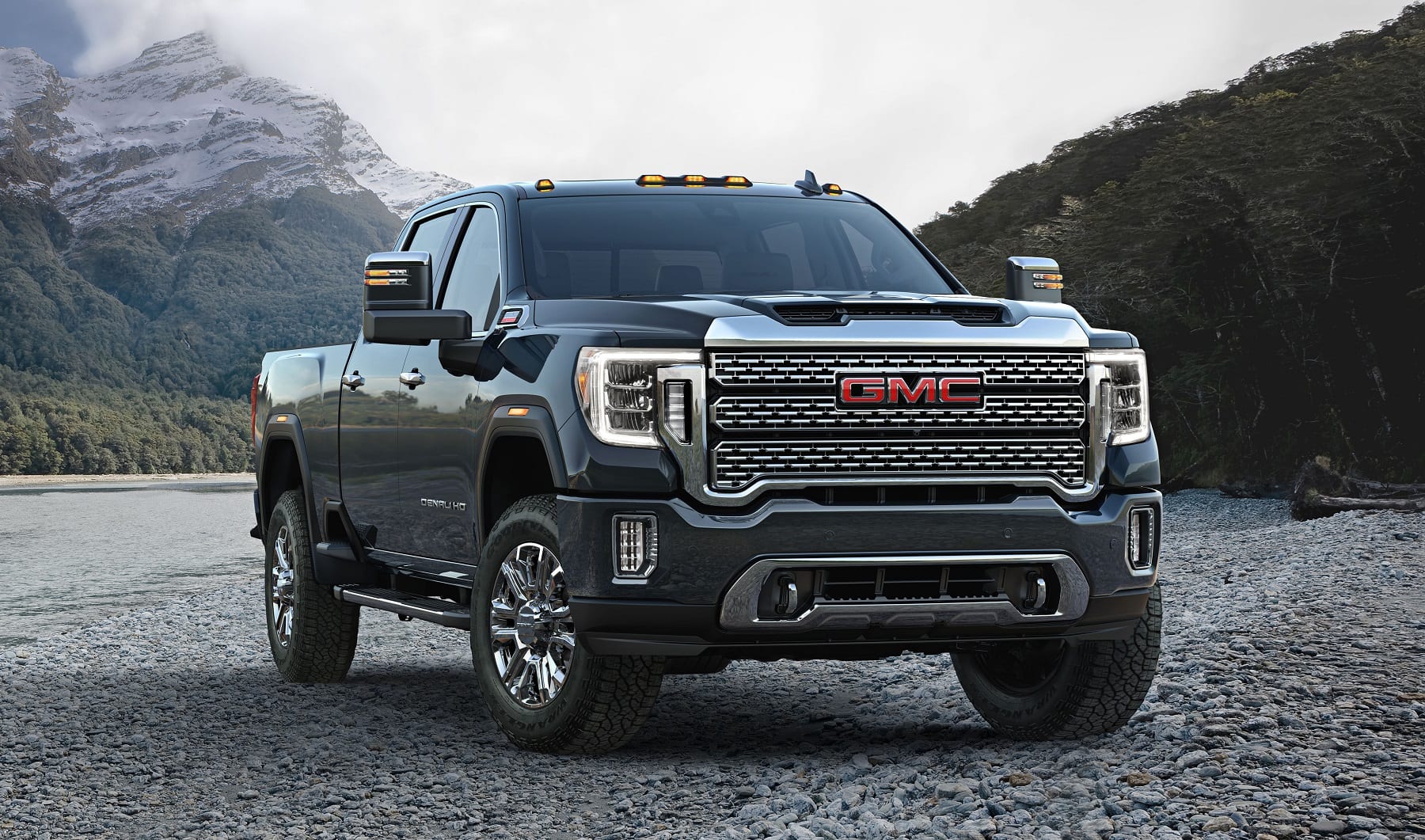 Hey remember that unbelievably ugly 2020 Chevy Silverado HD that they revealed a month or so ago? Well GMC came out with their less ugly version of it. The 2020 GMC Sierra HD has all the raw power of the Silverado HD that can tow a cruise ship over Everest and all that fun stuff, but it has the more luxurious and advanced side to it as we’ve come to expect from GMC. 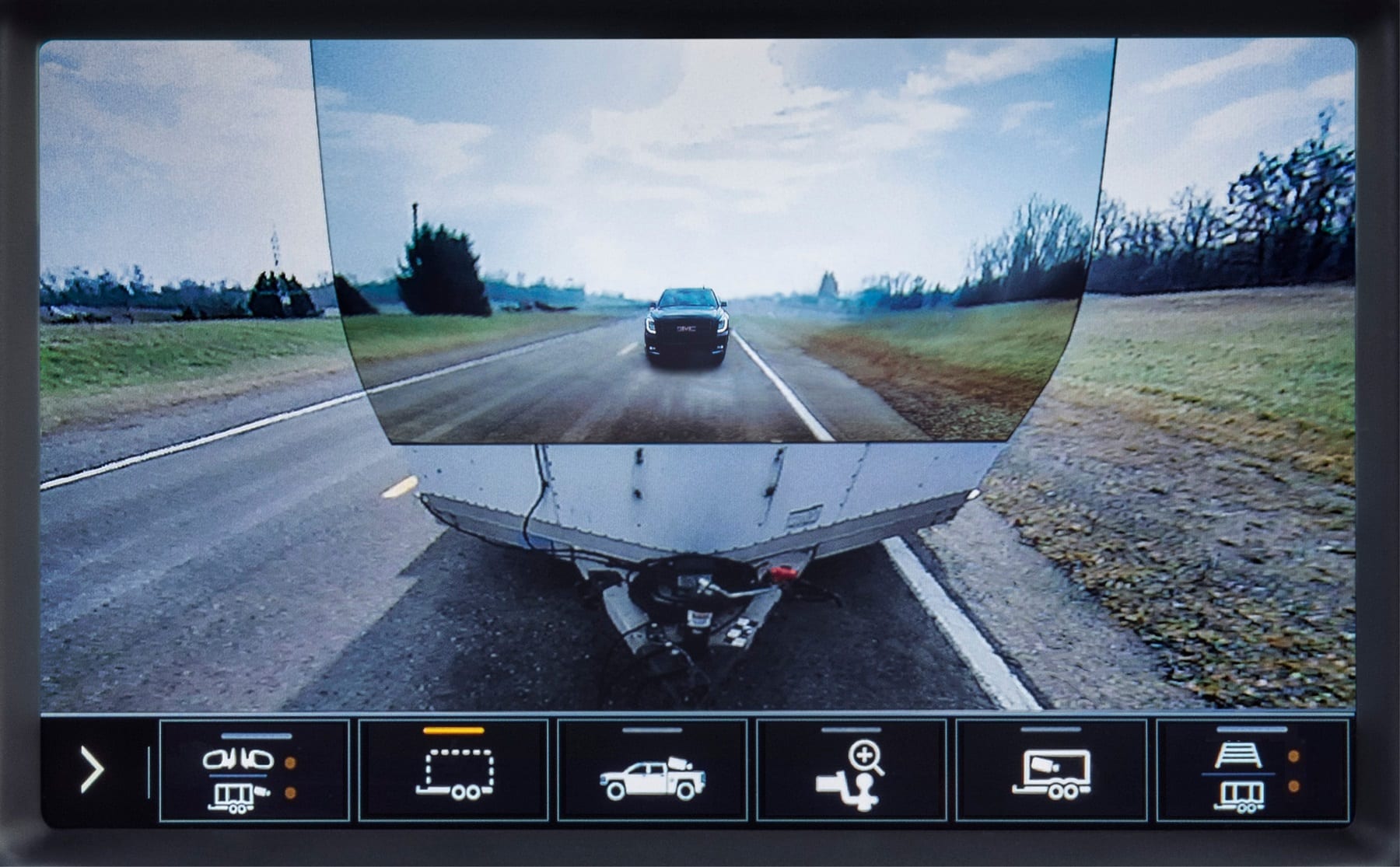 It provides 15 unique camera views around the vehicle and the thing you’re towing, including an industry-first transparent trailer view to help optimize the driver’s view around the truck and compatible trailers. The transparent trailer feature uses the tailgate-mounted camera and an available accessory camera mounted on the rear of the trailer. The resulting display helps the driver to virtually “see through” the trailer.

That’s such a cool feature that I almost want to forgive GM for ruining the looks of the Camaro and Silverado HD. Almost. 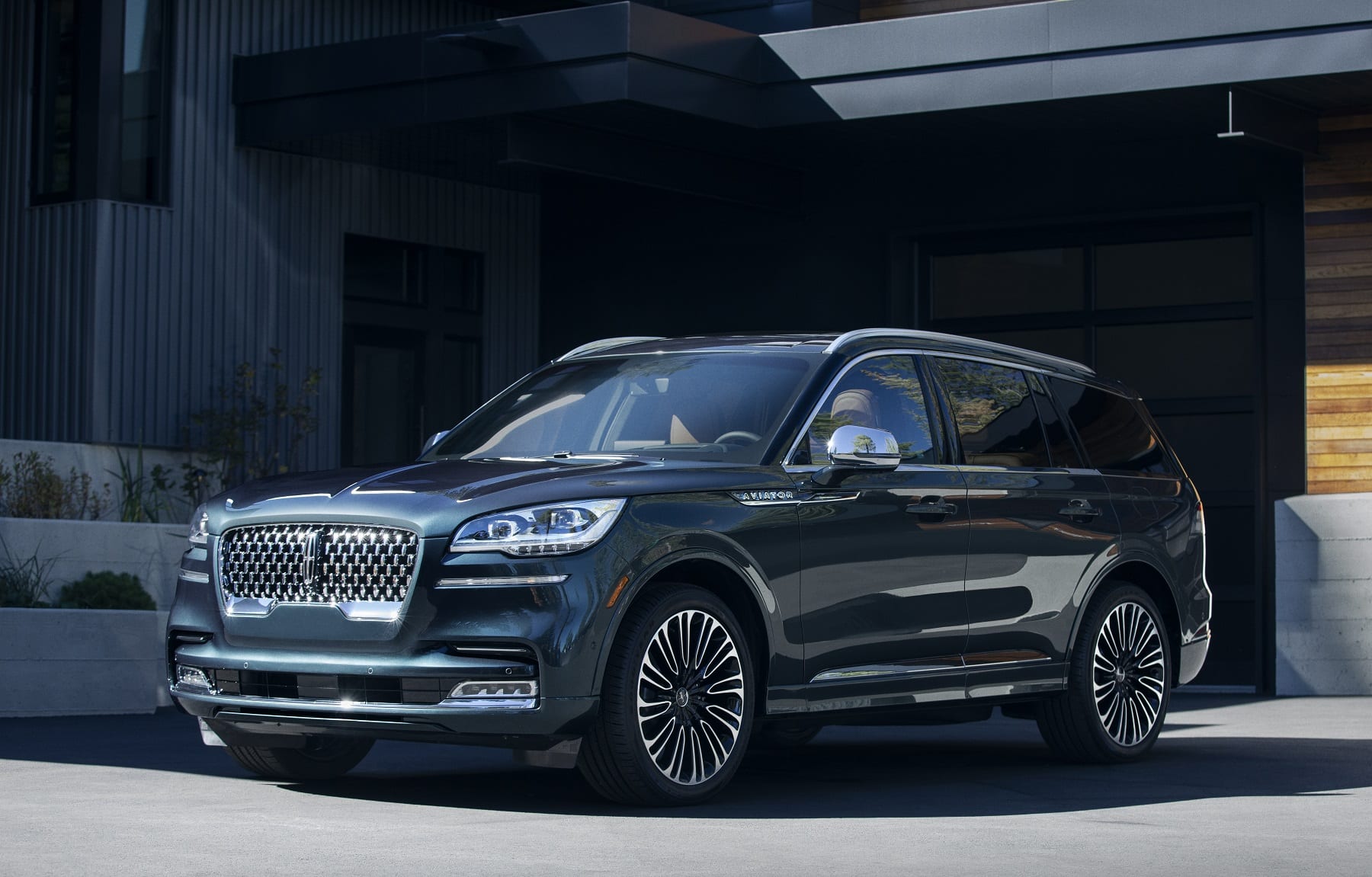 The all-new Lincoln Aviator that will almost certainly become the one thing that truly saves the brand will start at $52,195 and $69,895 for the plug-in hybrid model. All models come well-equipped but the top-of-the-line Black Label Aviator gets the whole options list thrown at it with a starting price of $88,895.

The Aviator rides on the same rear-wheel-drive platform as the new Explorer and is powered by a 3.0-liter EcoBoost V6 with 400 horsepower and 400 lb.-ft. of torque – that’s standard. Opt for the plug-in hybrid though and the electric motors add quite a bit more with 450 horsepower and 600 lb.-ft. of torque to scare your kids with. A smooth-shifting ten-speed automatic is also standard.

Some other noteworthy features include an air suspension system that will go out in 10 years to give your Aviator a stance nation-approved look and that “phone as a key” feature. And in case you forgot, this was the SUV that Lincoln hired a symphony orchestra to make their chimes for.

If a luxury people hauler in the $50-60k range is what you’re looking for, I suspect it’ll be hard to beat the Aviator.