Welcome to the Hooniverse News! As always, this is a weekly recap of the biggest stories in the automotive industry without the fluff or bull. This week, Genesis unveils their first SUV, Porsche brings more flat six goodness to the 718, Mk8 Golf GTI is expected at Geneva this year and Golf R at Goodwood, BMW is killing the i8, and Hummer may be coming back?

Genesis has wisely chosen to partake in the fastest-growing market in the industry with the all-new GV80, their first luxury SUV. It focuses on versatility (where the “V” in the name comes from) and has a number of “firsts” for the company which we’ll get into. The naming convention also allows them to fully expand their SUV lineup to mimic the current sedan lineup, where G70 is the smallest (so far) and G90 is the largest. It launches soon in South Korea and then to other major markets with a whole host of options to fit your needs.

Starting first with the design, it follows the Genesis tagline of “Athletic Elegance” rather well. I swear I see that kind of description on every press release these days, but it’s hard to translate attractive styling developed on a sedan to an SUV. Just ask Bentley. Genesis collaborated with their design centers in South Korea, Germany, and America to come up with a package that I think works. The now signature “Crest Grille” dominates the front while a parabolic line runs all along the side with “precise execution, accentuated by power lines above each wheel”. It debuts new quad head lamps with a stunning G-Matrix pattern will become another staple of Genesis design going forward. The same kind of pattern is also visible on their optional 22-inch wheels, which for some reason was not shown on any of the press photos. Genius.

Cabin design is dominated by “the beauty of white space”, a characteristic of elegant South Korean architectural philosophy. It’s about an airy, open, uncluttered feeling, which they say is what you’re treated to inside the GV80. Sleek, thin air vents run across the dashboard and on top is a wide 14.5-inch split-screen infotainment display. Soft materials cover every surface and physical buttons and switches are kept to a minimum. Buyers are given a generous amount of customization inside the cabin as well. Genesis allows a choice of 5-passenger and 7-passenger configurations, which isn’t all that common on larger SUVs these days. Heated and cooled seats are available on the first two rows. The driver’s seat can be optioned with a world-first active motion seat with seven air cells that reduce fatigue. There’s also an air purification system that filters out 99% of particulate matter in the cabin. 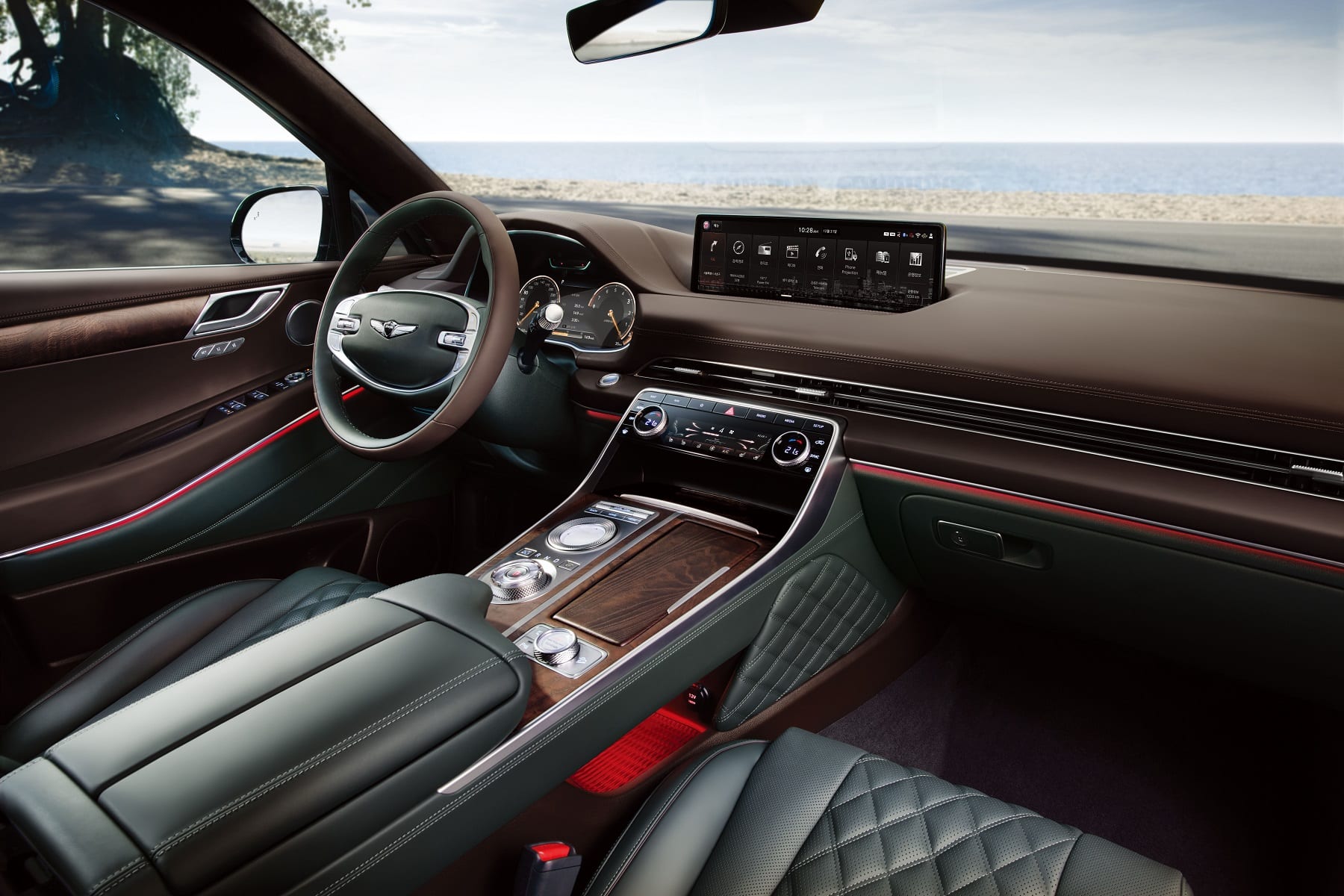 Other world-first features include Road-Noise Active Noise Control technology and augmented reality navigation. The RANC system dramatically reduces road noise while driving by generating sound waves of opposite phases in real-time with a 0.002-second response time. It’s like a large-scale noise-cancelling headset specifically tuned for common road noises. Meanwhile, the navigation system takes guidance to a new level with a front-mounted camera that captures the road ahead and feeds it into the nav system. The system then recognizes upcoming exits or streets to turn onto and projects instructions onto the image. So it would spot an upcoming street and have the route in an overlay on top of it.

Part of being an “authentic” Genesis is having a capable rear-wheel-drive platform, so the GV80 does too – AWD is still available of course. The powertrain it launches with in South Korea is a diesel of all things – a 3.0-liter six-cylinder diesel with 274 horsepower and 434 lb.-ft. of torque. When equipped with the five-seat configuration and 19″ wheels, it returns up to 27.8 mpg by South Korea’s calculations. Two turbocharged gasoline engines are arriving shortly but we have no details on those yet. Assume the family 3.3-liter twin-turbo V6 is one of those, and either the 2.0-liter four-cylinder or the 5.0-liter V8. You know which one I’m hoping for.

And it goes without saying, but the GV80 is also loaded with safety features as standard. These include the usual forward collision-avoidance assist, blind spot monitoring, rear cross-traffic avoidance, driver attention alert, and smart cruise control with some machine learning thrown in. Physical safety measures involve 10 standard airbags, including a center-mounted airbag between the front occupants to mitigate interior impact.

We should know a little more about the GV80 we’re getting at the next major US auto show, which I can’t be bothered to look up right now. I’m sure Genesis will be eager to show us so they can start printing money with it. As of now, we have no pricing info or an exact US launch date to report. It is however on sale in South Korea by the end of the month. 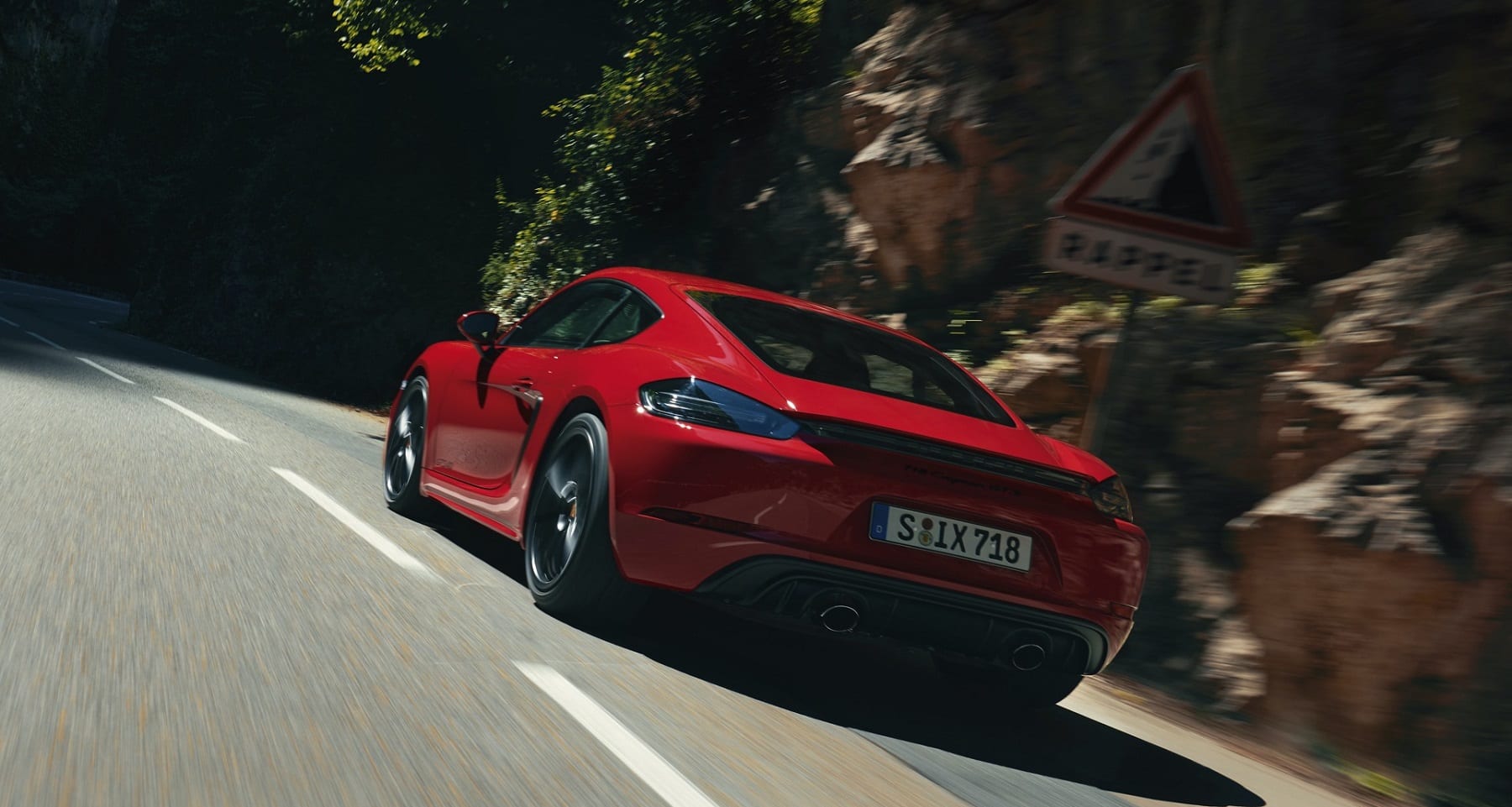 Filed under: enthusiasts were right

One of the most controversial things Porsche did last decade was replace the fantastic naturally-aspirated flat-six in the Cayman and Boxster with a turbocharged four-cylinder. It’s a fine motor on paper, but enthusiasts believed it was a downgrade in the driving experience over the tried-and-true flat-six. Just recently, the Cayman GT4 and Boxster Spyder were the first to go back to the old [better] ways. But those are special models with enormous price tags and more limited availability. Starting later this year though, enthusiasts will have another option…. which also comes with an enormous price tag.

The 718 Cayman and Boxster GTS will soon launch with the same 4.0-liter flat-six engine lifted from the Spyder and GT4 models. And it will be paired exclusively with a six-speed manual. Power is rated at 395 horsepower and there are no turbos getting in the way of the kind of noise a Porsche deserves to make. 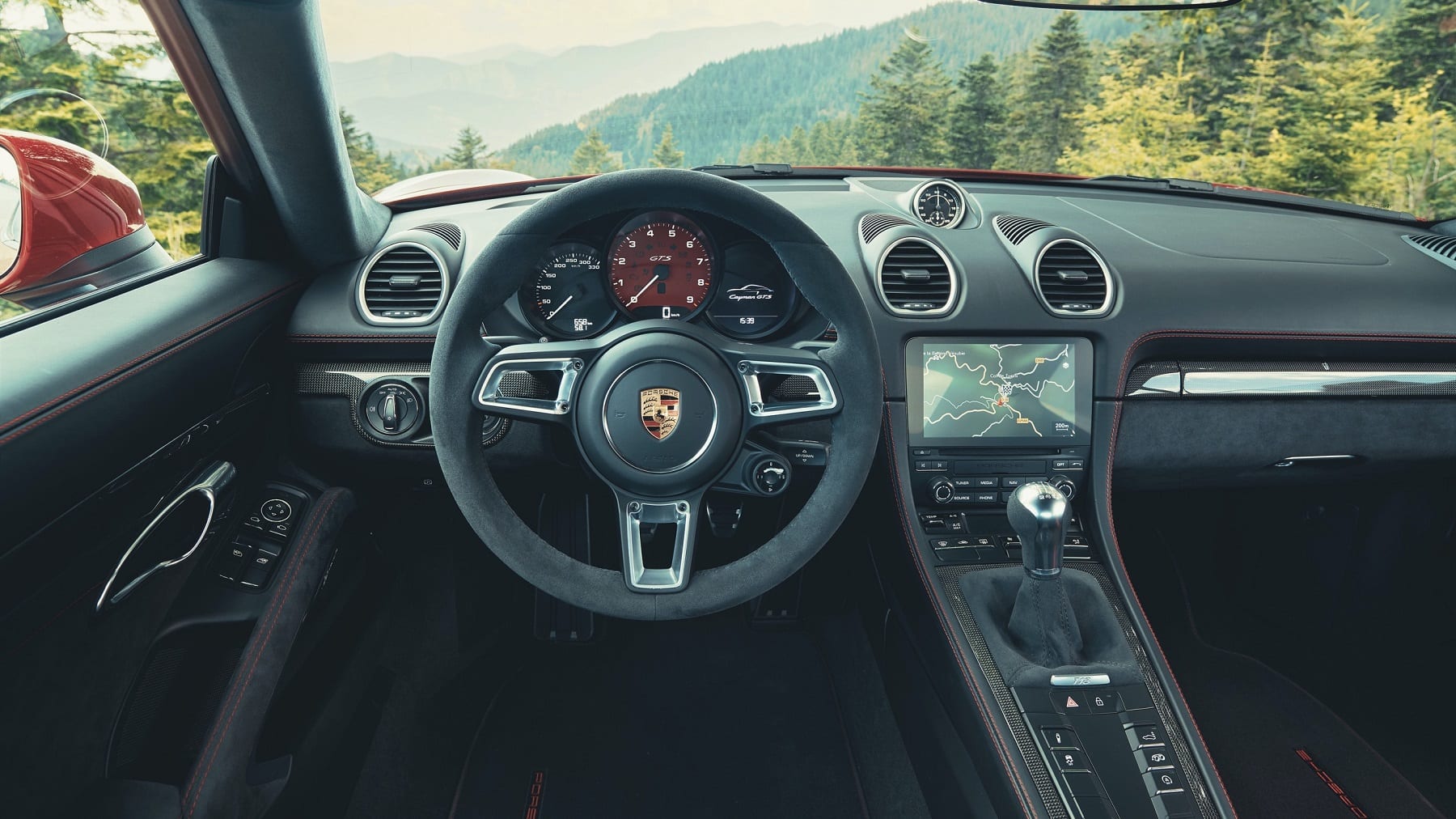 All the usual handling upgrades found on the GTS carry over. That means Porsche Active Suspension Management, 20mm ride height reduction, torque vectoring through a mechanical LSD, and the Sport Chrono package. That will all translate to a driving experience that should truly be unrivaled from its class. Nobody makes a car like this as good as Porsche, which makes a car + engine + gearbox combo like this so great to see.

Germans will get first dibs on the 718 Cayman and Boxster GTS 4.0. It launches by the end of March this year, just in time for Nürburgring Touristenfahrten. The rest of the usual markets get it at a later but unspecified date. 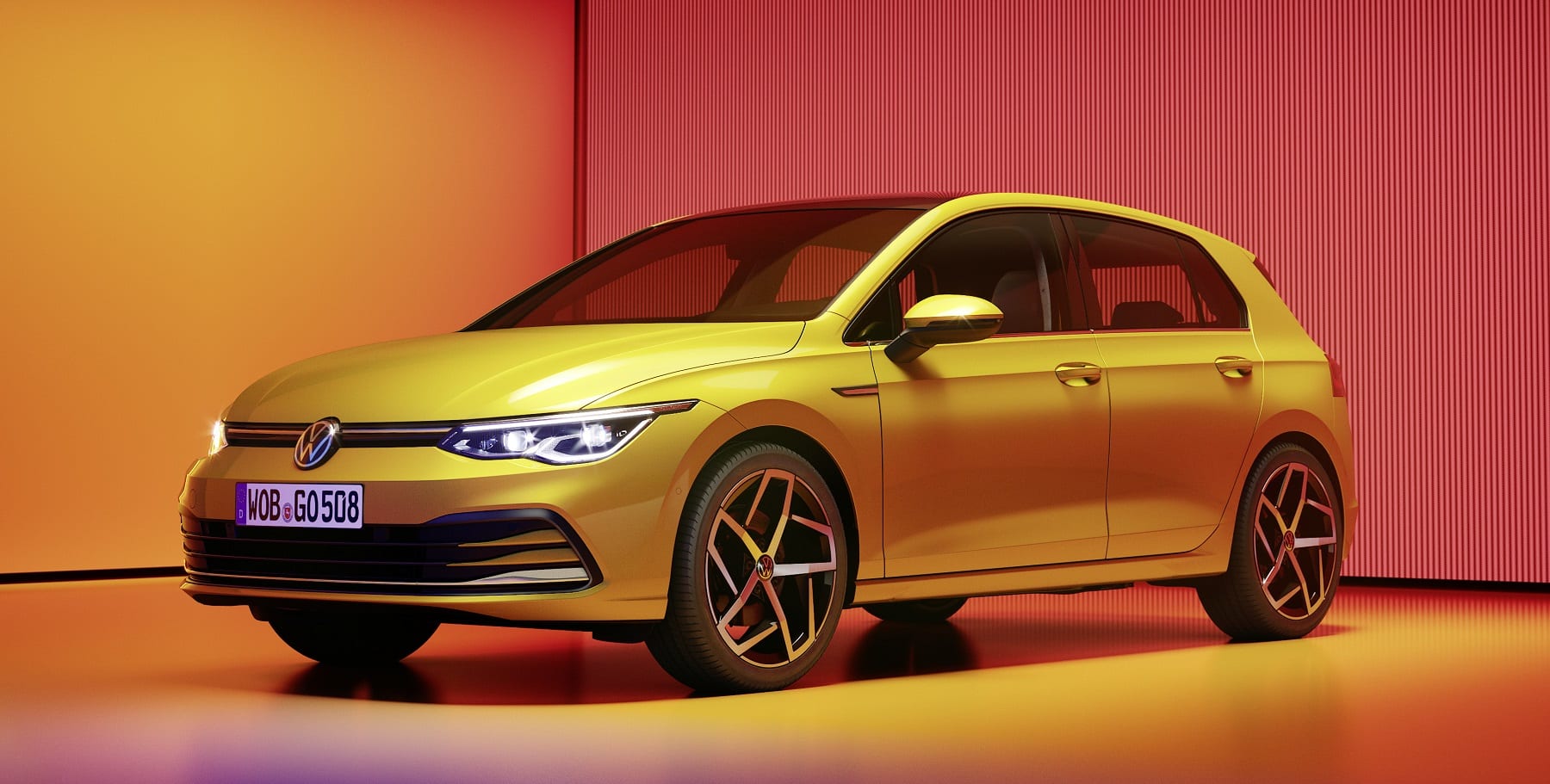 Now for some rumors. Autocar reports that VW will be using the Geneva Motor Show in March to debut the next-generation Golf GTI. They’re also expecting a standard output of 242 horsepower or 287 horsepower if you tick the right options. Then a few months later, VW will likely debut the mighty Golf R at Goodwood. Those two models will be of great interest to enthusiasts in America in particular, since it’s the only way we’re getting the next-generation Golf. We’ll be sure to follow these updates as we get them. In the meantime, you can check out the rest of Autocar’s reporting on what they believe the Mk8 GTI will consist of. It all sounds great to me.

The BMW i8 is Dead 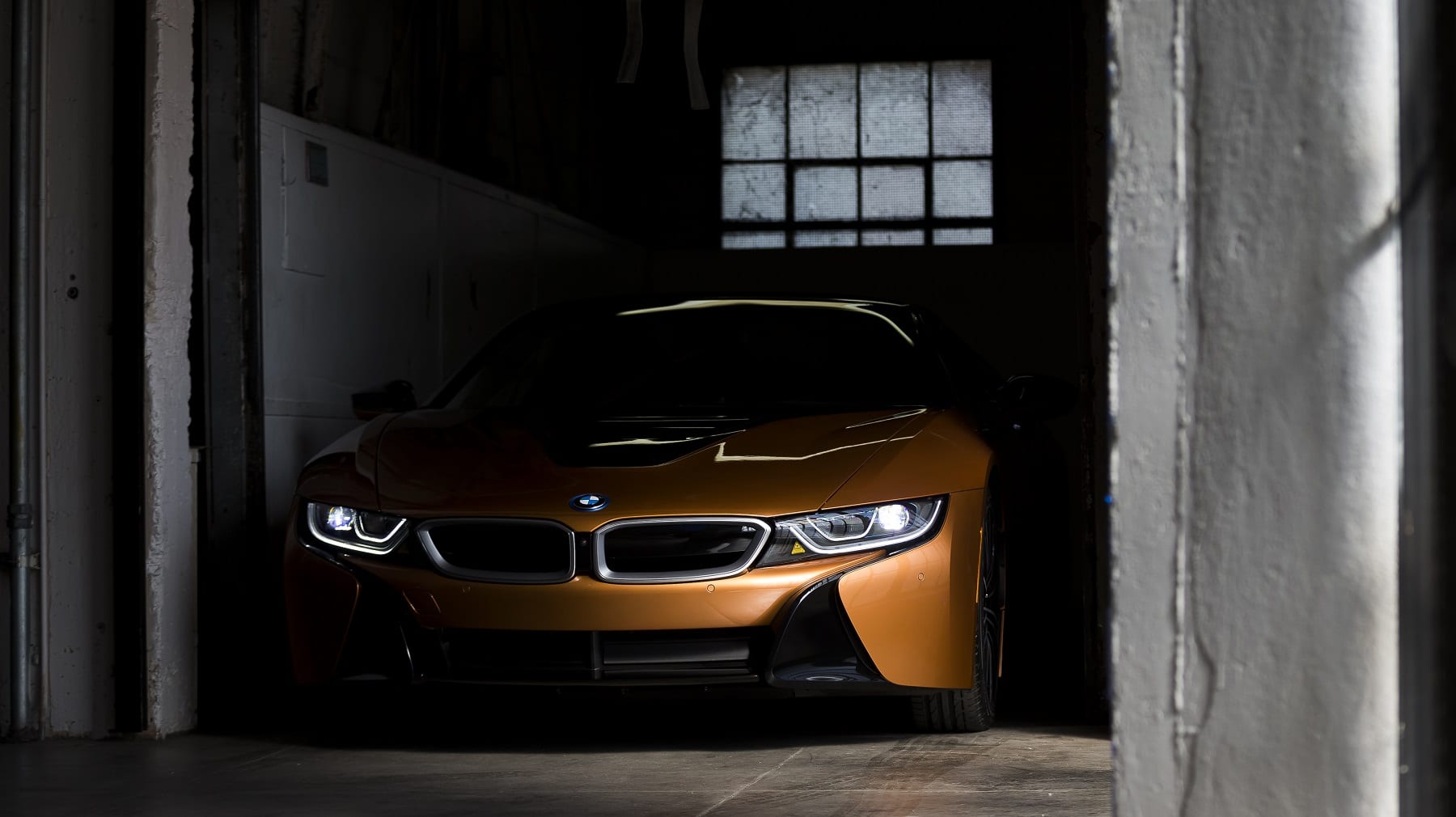 In 1%er news, the BMW i8 will not live to see another year, as confirmed by BMW UK to Autocar. They claim the six-year production run will end this April with ordering books closing by the end of February. The move is reportedly to make way for other electrified projects that have long been in the works at BMW.

Despite looking more futuristic than anything on the road to this day, its powertrain really isn’t anything that spectacular. And certainly not befitting of how fast it looks. It would lose a race to a Mustang GT and its EV range is shorter than that of a Ford Fusion Hybrid. The competition has simply gotten faster and more impressive through more potent hybrid and EV powertrains. It was in desperate need of a refresh years ago. But killing it off to start from scratch on more important volume hybrids/EVs is not a bad call.

RIP, i8. At least you still look cool.

Report: Hummer… is… coming back? 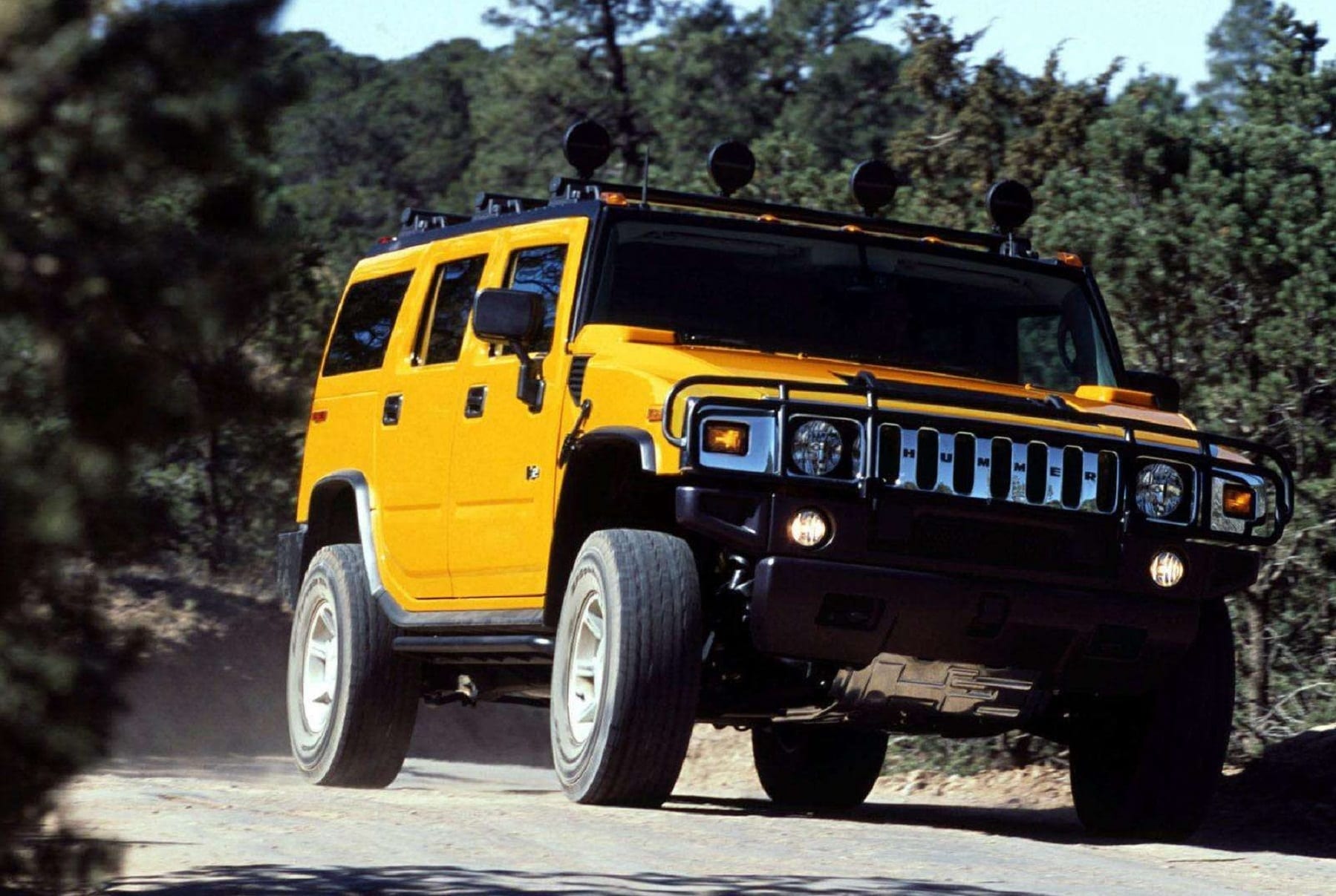 What will undoubtedly be the topic of heated debate is a report from the Wall Street Journal that Hummer could be making a comeback, but not the one we would have expected. The original Hummer consisted of gigantic off-roaders with an equally large appetite, but it could return as an electric GMC pickup. Yep, that’s what the word on the [Wall] street is. And they expect it to debut during a Super Bowl commercial. You can read the full details if you have a WSJ subscription or just wait until February 2nd and be surprised because you already forgot about it like the rest of us.