Welcome to the Hooniverse News! As always, this is a weekly recap of the biggest stories in the automotive industry without the fluff or bull. This week: Toyota reveals their new Le mans Hypercar project, Porsche celebrates 25 years of Boxster with special edition, patents show Nissan’s new production-ready Z looks identical to the concept car, and IMSA’s newest DPi teams show off their liveries. 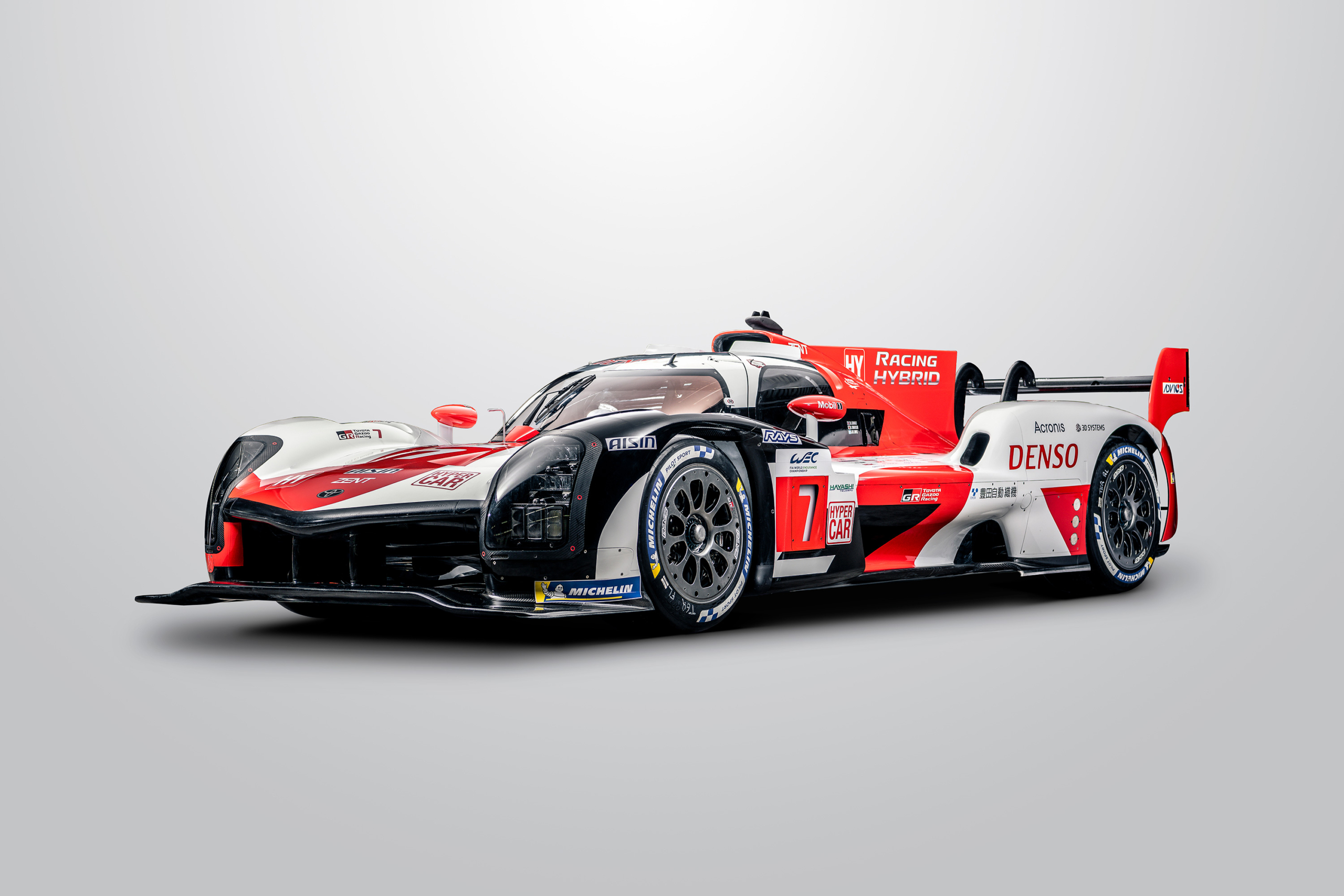 The biggest name that’s committed to the new Hypercar class in WEC so far has fully unveiled their entry. Toyota Gazoo Racing, who have won three times at Le Mans against themselves, will compete with the GR010 Hybrid Hypercar in one of the new top classes of sports car racing. WEC’s Hypercar class debuts at Sebring this year (if it’s not cancelled) and effectively replaces the dead LMP1 class. At this point in time, their competition be Glickenhaus, ByKolles Racing, and Alpine (with a class-compatible LMP1 car somehow) for the 2021 season while Peugeot looks to join next year. And by 2023 when IMSA’s LMDh category comes online, we should see them on track together at certain venues.

Toyota will certainly be coming in with the biggest advantage by leveraging the strengths of their LMP1-proven hybrid powertrain and all of the lessons they learned from years of prototype competition. Like the TS050 that came before it, the GR010 will incorporate their in-house four-wheel drive hybrid powertrain. The main difference in the powertrain lies within its gas-burning V6. Its displacement is pumped up to 3.5 liters (up from 2.4 liters) and it produces 671 horsepower (up from 493 horsepower) which gets sent to the rear wheels. The electric motor generator unit sits at the front axle and can contribute 268 horsepower on its own. 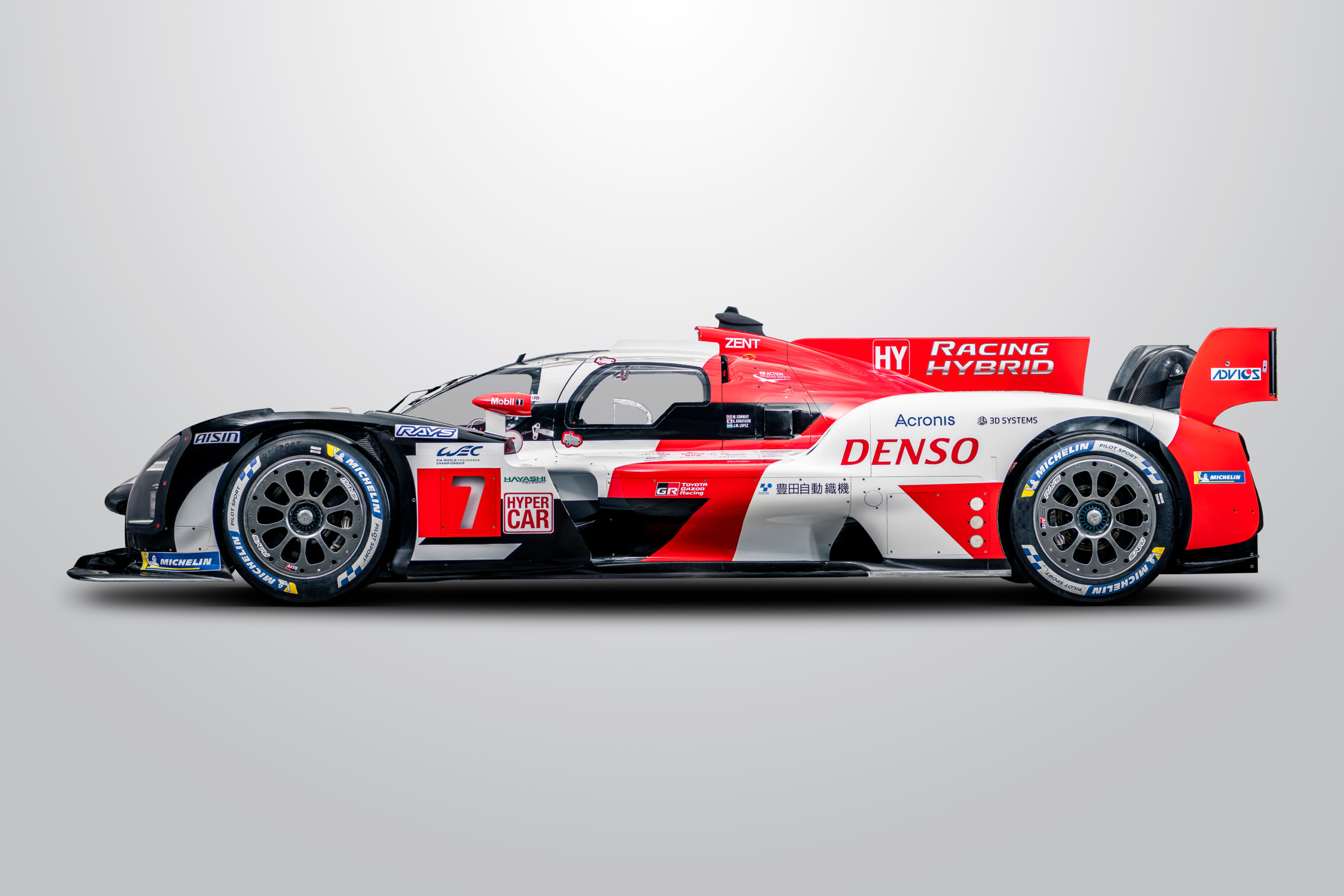 Total system output can’t exceed approximately 671 horsepower, so both power sources will be utilized in different ways and at different times. Hypercar regulations open the door to almost any kind of powertrain, hybrid or not, and they’ll use BoP to attempt to get them on about the same pace. WEC places restrictions on precisely when each power source can contribute and by how much. Toyota will be able to dial back the V6 and save fuel when the electric unit is in use. As for how well the BoP can work with such dramatically different powertrains (and eventually all the LMDh cars), we’re all gonna find out together.

Looking beyond the powertrain, the other big changes compared to the TS050 are a result of WEC’s attempt to cut costs. There’s only one aero package for the car (LMP1 allowed for high and low downforce packages) and only a single aero element is adjustable, that of course being the rear wing. The car is also heavier by about 357 pounds (2,292 pounds total), 250mm longer, 100mm wider, and 100mm higher. With the extra weight, the lack of a dedicated Le Mans aero package, and 32% less power than the LMP1s of yesteryear, lap times are expected to be around 10 seconds slower at Le Mans. 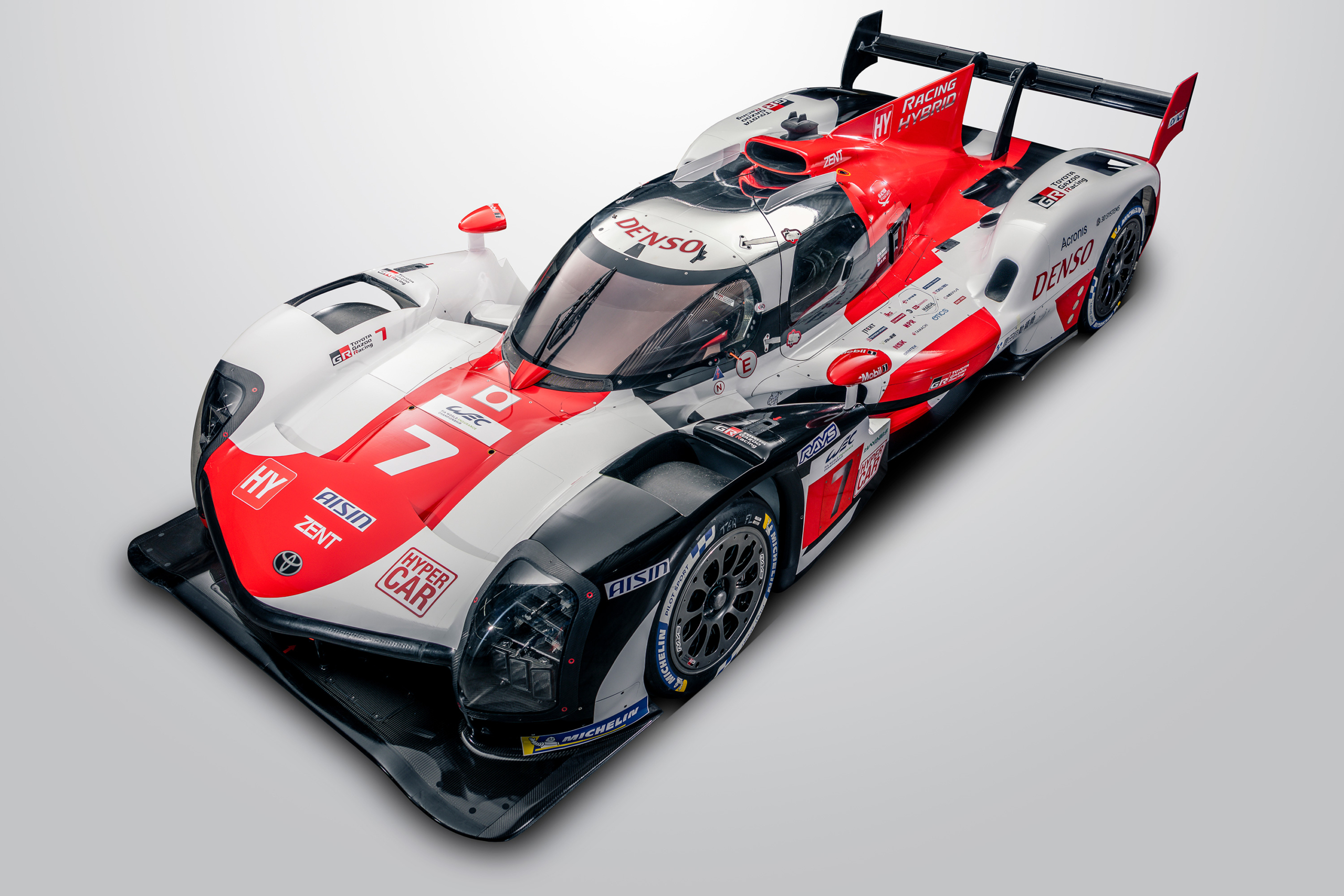 The GR010 will also have a road going counterpart. Toyota confirmed a GR Super Sport would be produced in limited numbers and it’ll have many similarities with the race car. Toyota says that changing their naming convention from TS### to GR### indicates the strong link between race cars and road cars. Sure.

If all goes to plan, the 1000 Miles of Sebring will be the first outing for the GR010 and the rest of Hypercar. Well, the rest of Hypercar minus Glickenhaus who have delayed their project because they don’t believe the Sebring race is happening on March 19th. They’re probably right. 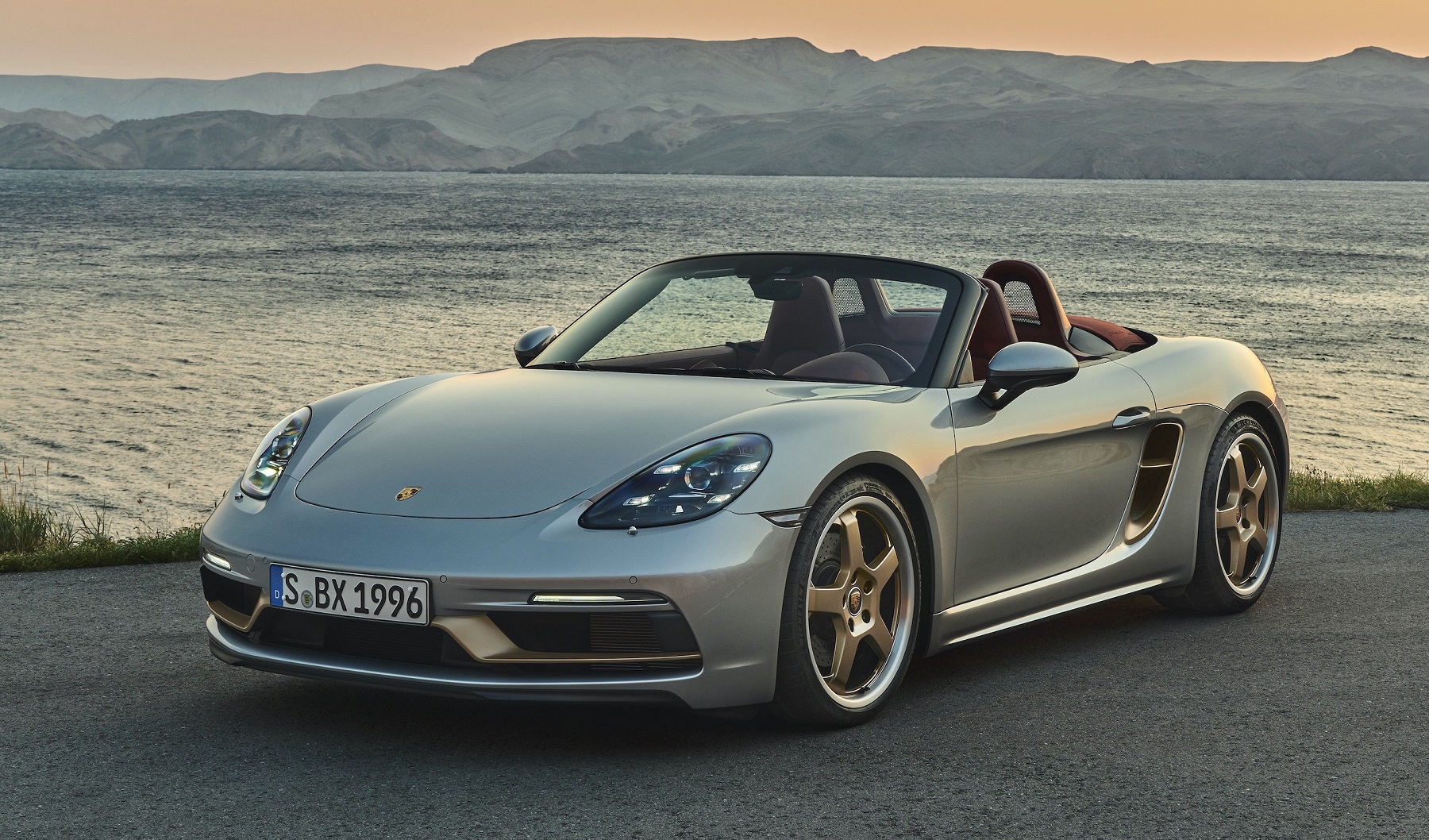 Porsche’s beloved mid-engine roadster debuted in Europe 25 years ago, which of course calls for a celebration. The Porsche Boxster 25 Years Edition is a special anniversary model which marks the beginning of the most accessible sports car in the Porsche lineup. Limited to 1,250 units worldwide, it sets itself apart by incorporating numerous design features of the original Boxster concept car from the 1993 Detroit Auto Show.

This model is based on the current 718 Boxster GTS 4.0 which is highlighted by its 4.0-liter naturally-aspirated flat six with 394 horsepower. The base color can be had in GT Silver Metallic, Jet Black, and Carrara White and is highlighted by Neodyme, a copper-like color, on the front and side air intakes and lettering. Neodyme is also used on the gorgeous two-tone 20″ alloy wheels made just for this car which mimic the look of the original concept wheels. Porsche also gives it a special fuel filler cap made to mimic the look of aluminum and aluminum exhaust tips.

The interior also stays true to the concept with Bordeaux Red leather surfaces and a red fabric top. They also offer these in black, but why would you for this model. This model comes loaded with brushed aluminum cabin accents, 14-way electrically adjustable sport seats, heated GT multifunction sport leather steering wheel, the Sport Chrono package, PASM (adjustable suspension), and an optional PDK (manual is standard). 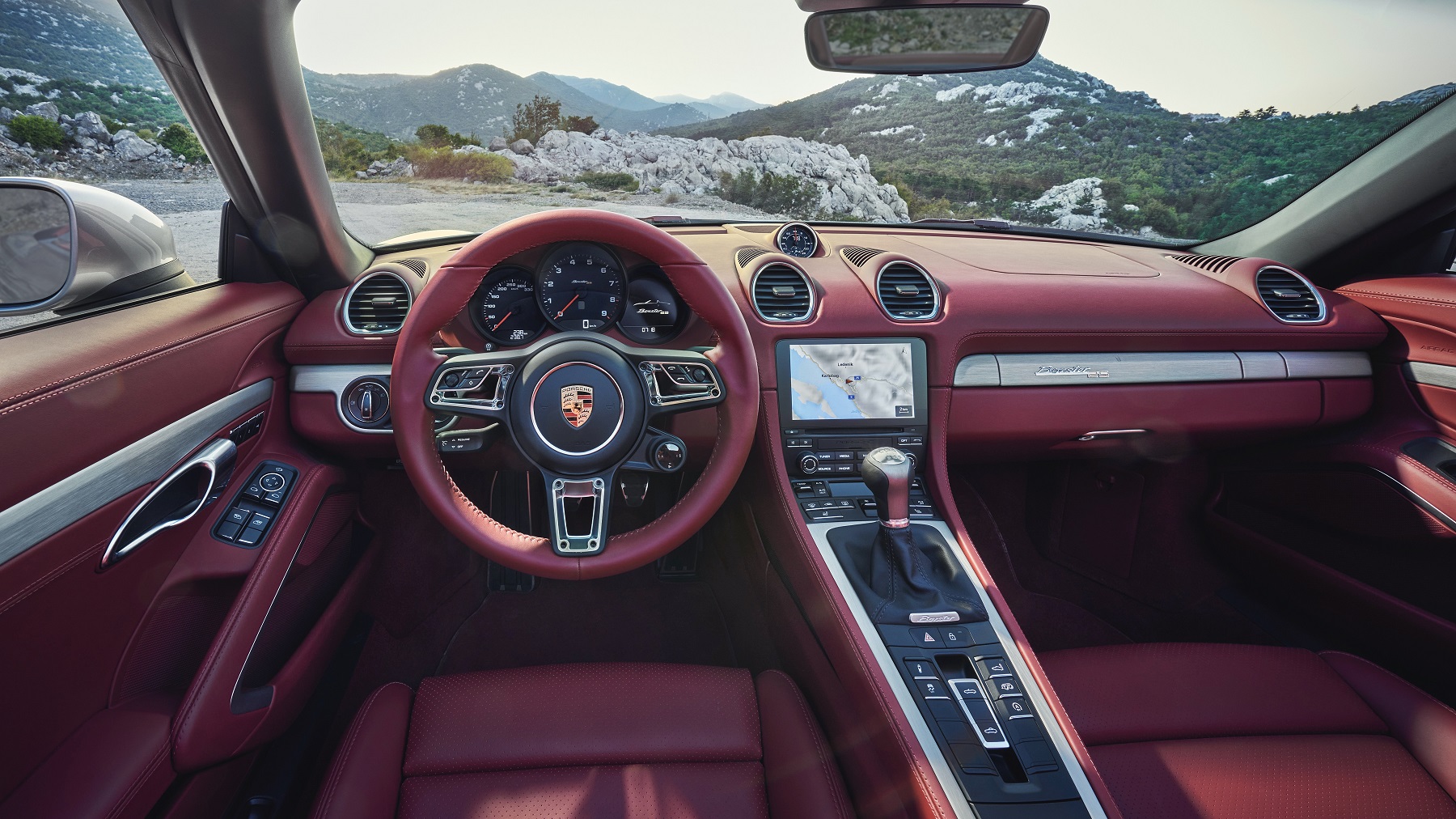 The Porsche Boxster 25 Years Edition is available for ordering now and is expected to arrive in US showrooms this Spring as a 2021 model year. MSRP starts at $99,950 including destination. No word on how many of the 1,250 total units are destined for our shores.

One thing that stuck out with Nissan’s Z Proto from last year is how close it looked to being a production car. Most concepts are obviously exaggerated in certain areas, but that one wasn’t. Perhaps proving that point now are some patent filings picked up by CarExpert which show a mostly unchanged design that’s apparently headed for production.

These patent images were retrieved from IP Australia and show the necessary additions for a production model. Things like reflectors, parking sensors, and key holes are basically the only changes to be seen. It’s missing door mirrors and wheel designs in the drawings but everything else from the concept has carried over. That’s a good thing because while the Z Proto’s grille may have been a bit polarizing, the rest of the car looks stellar and received a very positive response from the community.

Soon we’ll see if internet sportscar hype can translate into sales. We’ll see more of the next-gen Z this year. 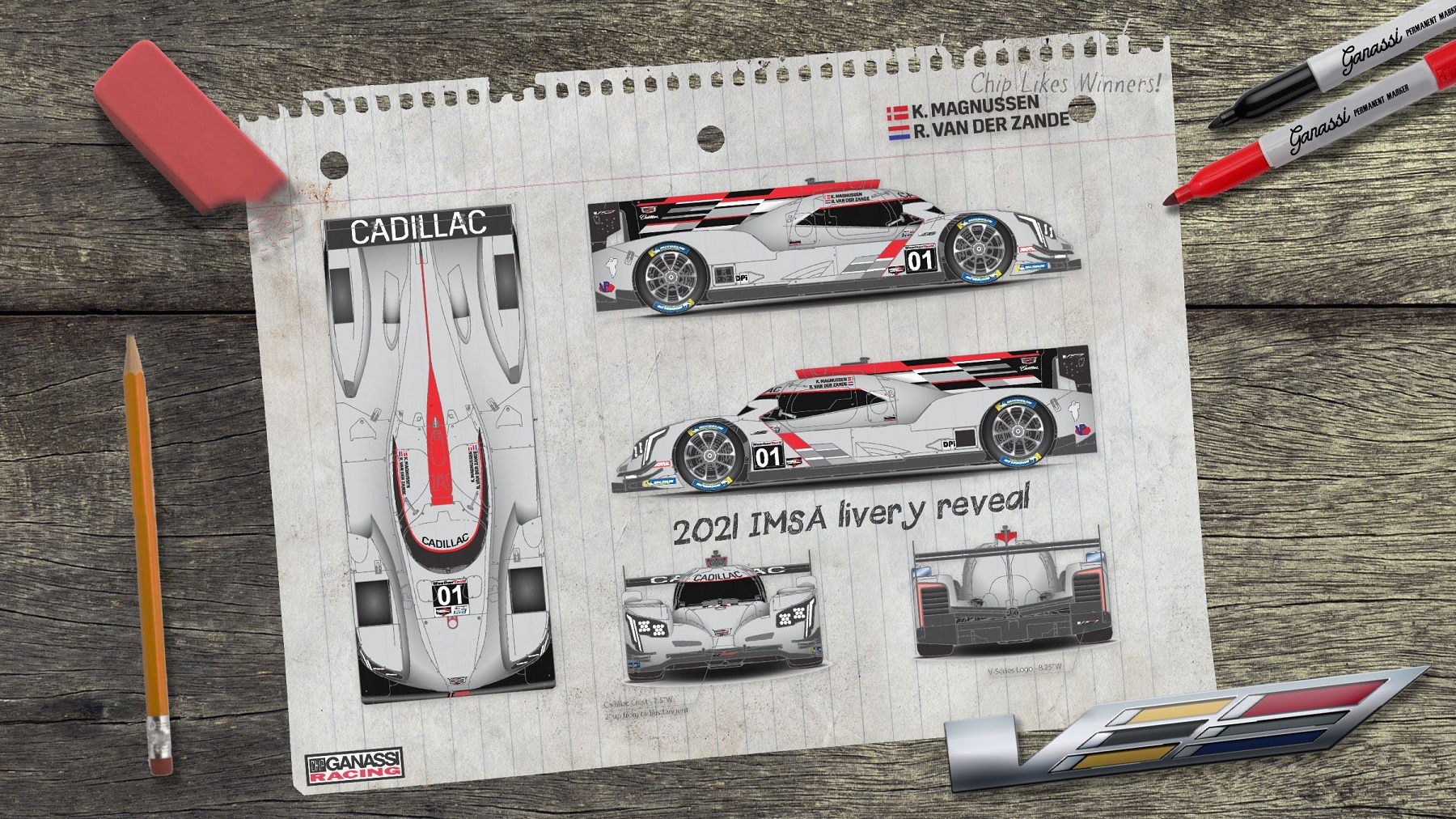 IMSA’s DPi class is seeing some changes this year with new entries and some shuffled teams. Chip Ganassi Racing will be returning to IMSA for the first time since the Ford GT program ended in 2019 with a new Cadillac DPi entry. Meanwhile, Wayne Taylor Racing, who have been longtime partners within the GM racing family, are switching to Acura to help take over that program from Penske Racing. Meyer Shank Racing is also joining the Acura program. Within the past week or so, each team has revealed their liveries as either renderings or sketches leading up to this month’s Rolex 24 at Daytona.

The CGR Cadillac livery follows what is apparently a mandate for all Cadillac teams to run the exact same livery with different colors. It looks fine but maybe a bit boring when you realize that’s how every other Cadillac in the field looks too. Both the WTR and MSR Acuras adopt the same color schemes from their previous IMSA programs but offer some more variety. The WTR car is stunning and the MSR car will be impossible to miss.