One of the great things about Mazda is that it’s willing to put proper winter tires on the cars in its press fleet. This sounds simple, yet not every automaker goes this route. Given December in Michigan is as likely to see 50 degrees or five inches of snow, Mazda is doing a good thing. This is especially true when Mazda frequently has the MX-5 available during the colder months of the year. 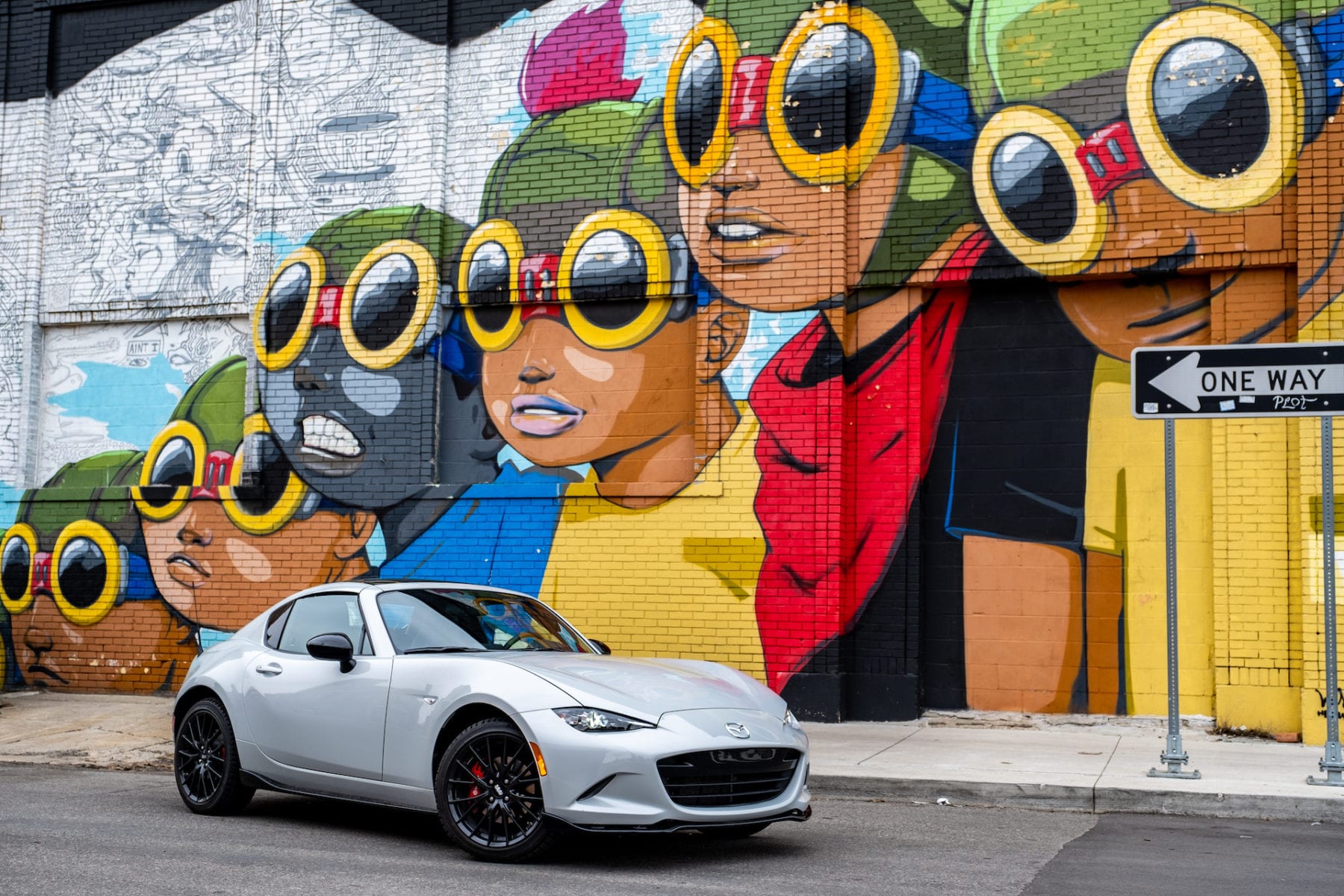 Driving the Miata on winter tires is a lot of fun. When the weather cooperates by giving you snow and cold temps, of course. In our time with the MX-5, that wasn’t really the case. Except for one fine day, it wasn’t meant to be.

The purpose of driving the MX-5 was to test it with the new Skyactiv engine. This updated mill gives enthusiasts what they’ve been asking for; more power. Not a ton of it, mind you. Perhaps a bit just shy of what we were looking for, but it’s welcome nonetheless. 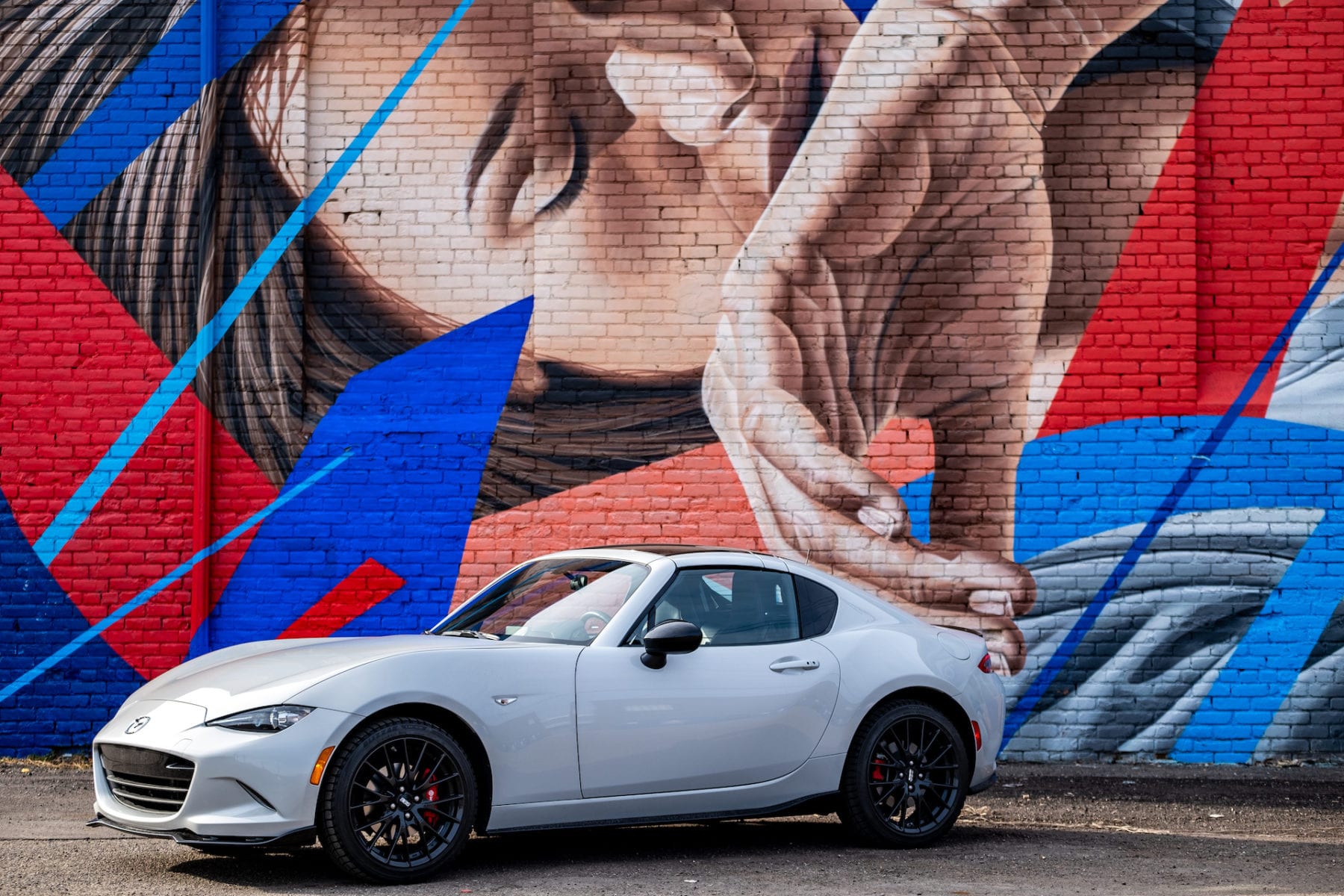 There are some odd MX-5 enthusiasts who claim the outgoing motor has the correct amount of power. They would be wrong. In the old motor, to get anywhere or just keep up with traffic from a stop light, you had to drive at 8/10ths. Driving 8/10ths to 10/10ths all the time sounds great, right up to the point that you have to do it. Then it becomes tiring. Oh, you’ll tell yourself that you are paying the price for being a gearhead/petrolhead. That’s also known as “rationalization”.

With the new Skyactiv engine, there is just enough power. It’s not required to be “up on the wheel” every time you get in to drive. While torque on the new 2.0-liter engine is up only three units to 151, horsepower is up a substantial 26 to 181. The redline climbs from 6,800 to 7,500. 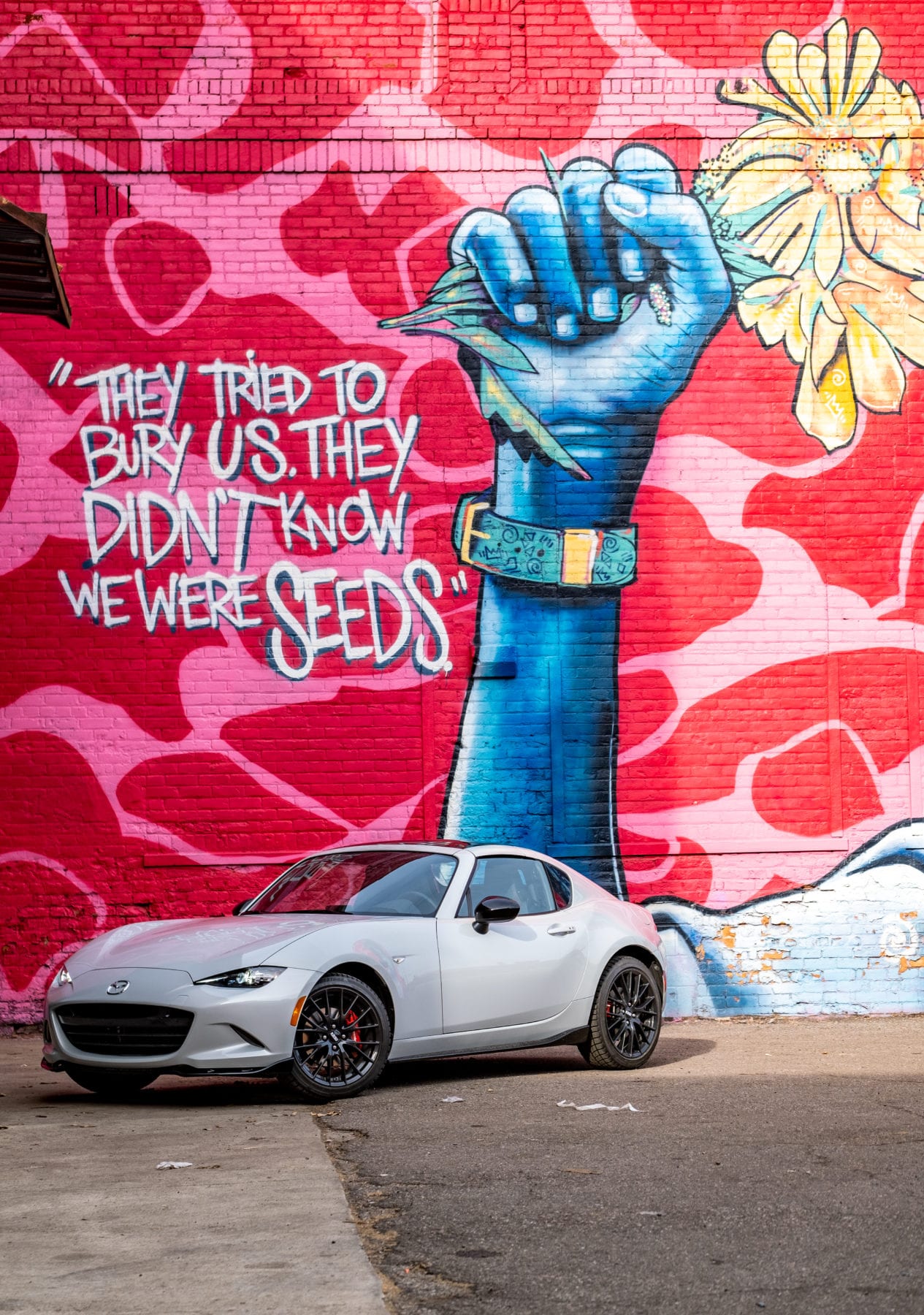 As is usually the case, just looking at the spreadsheet numbers only tells 30 percent of the story. Whereas the previous engine ran out of juice around 6,000 rpms, the new one gladly swings past 7,000. Too, with the old engine, there was a very heavy flywheel effect. The engine not only didn’t pick up revs as quickly as you’d like, it also took a heavy boot of throttle to match revs on the down change.  This new engine revs higher, but it does so more quickly and when rev matching, it takes far less throttle input to do so.

While overall acceleration numbers might not be much quicker, the change in engine characteristics makes a drastic difference in driving enjoyment. This is why just looking at the numbers is a far too simple way to evaluate a vehicle. It rarely tells the whole story. 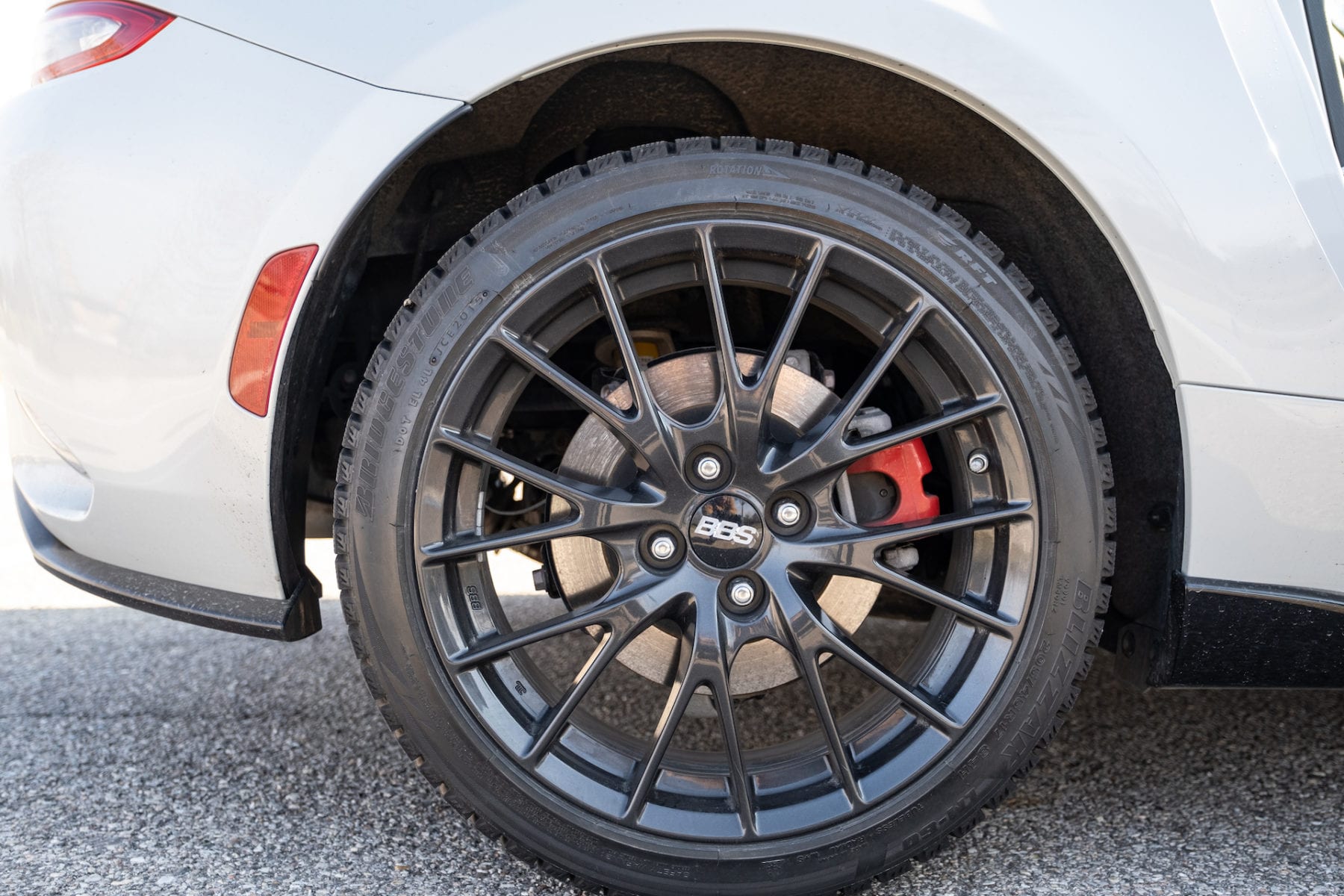 For the week I was driving this MX-5 RF, it never snowed and temps were in the low to mid-thirties with damp, hard-gray overcast skies for all but one day. I did learn that when you push the Bridgestone Blizzaks hard in these conditions, the MX-5 does have some significant front end shove. Dry pavement and temps at the high end of their operating range didn’t allow them to perform at optimum levels.

We did have one day where we could really enjoy the MX-5. The sun came out and the temps made their way into the low- to mid-forties. Top down. Heat and seat heater on. Perfect wintertime Miata weather. 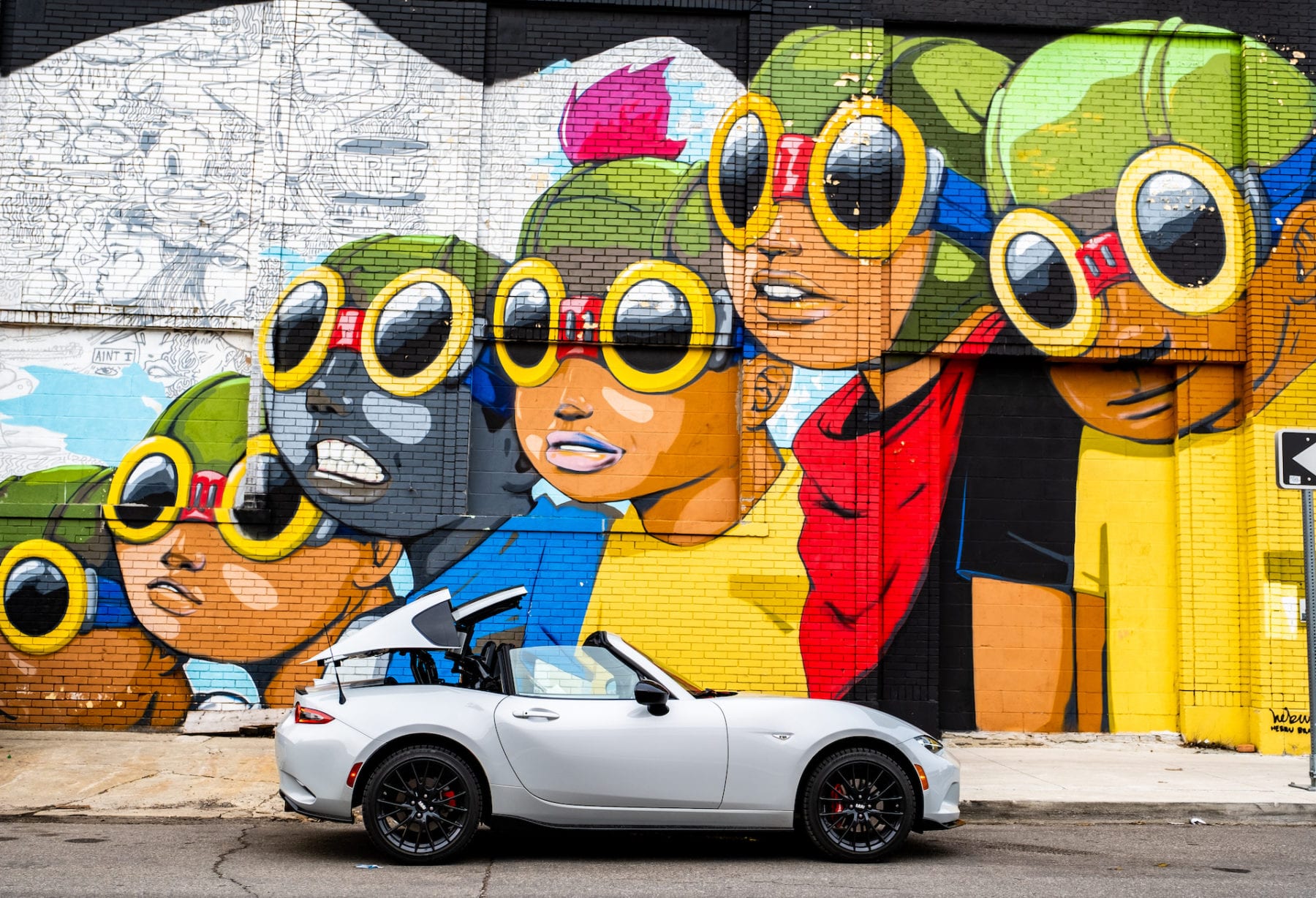 When you get sun this time of year in Southeast Michigan you have to take advantage of it. And it was here that the MX-5 experience comes into focus for me.

For me, the Miata makes a great weekend or second car. While fun to drive and enjoyable, for a daily grind car it just doesn’t work. The ride is firm but fine. But fine wears on you. The cabin is tight but workable, as long as you are by yourself. With two average-sized adults, it becomes cramped. Cargo space is minimal. Trying to get anything larger than a grocery bag in or out of the trunk takes planning. There are just too many compromises that have to make for the MX-5 to be your only vehicle. 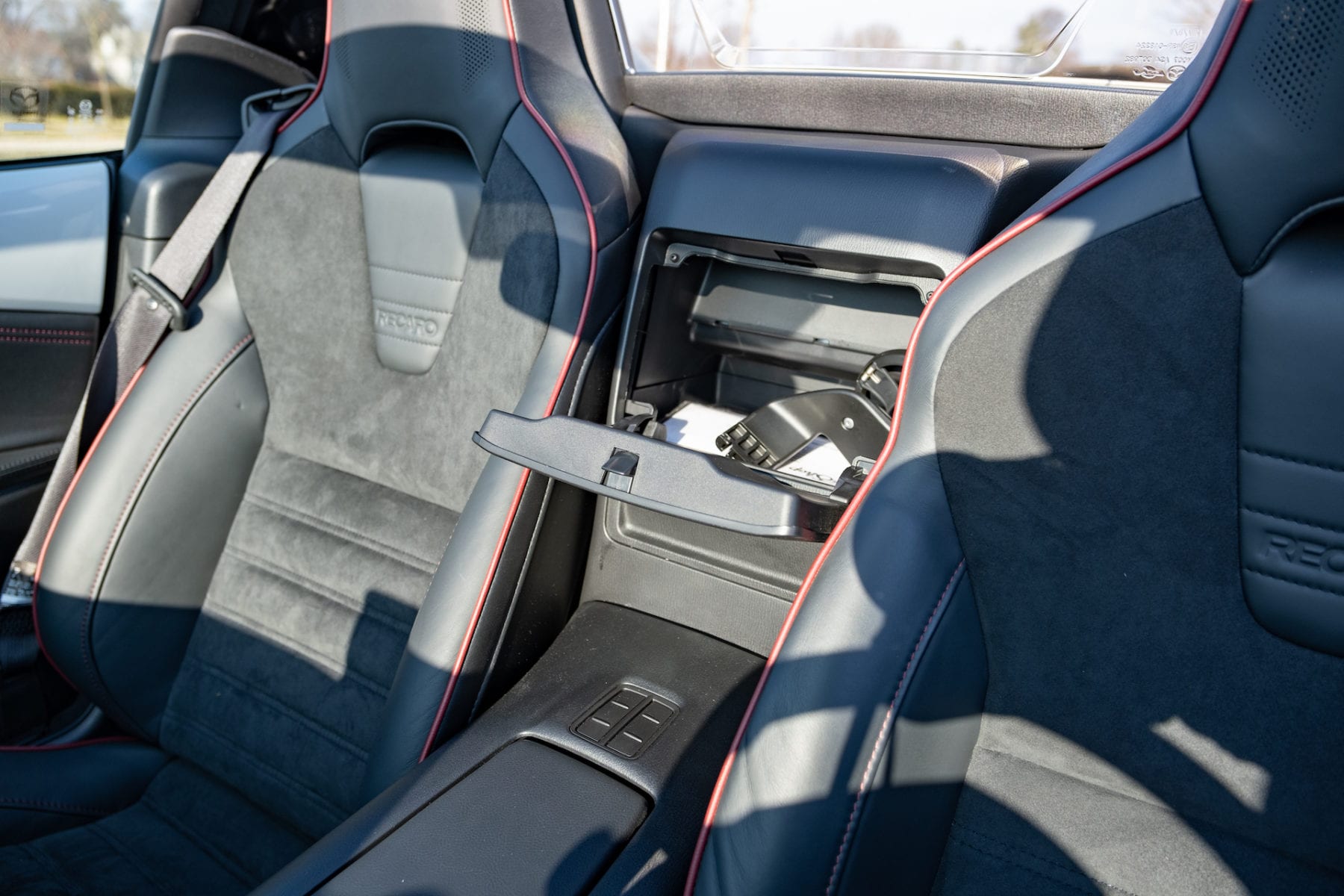 I’ve had cars with no air conditioning. That were loud. That had heavy clutches to handle the power. That rode firm and harsh in the name of performance. Sometimes it was all of that in one car. Been there, done that. My back hurts now. My hearing is less-than. I’ve come to the conclusion that I don’t have to be miserable by choice at this point in my life.

The new Skyactiv engine doesn’t dramatically change the character of the MX-5. What it does do is refine it. It hones the edge to a much finer point. The MX-5 is much more enjoyable.

Still, the sticker on my MX-5 Club RF loaner was just shy of $39,000. At that price, you’re into CPO Porsche Boxster pricing. Which one would you rather drive? 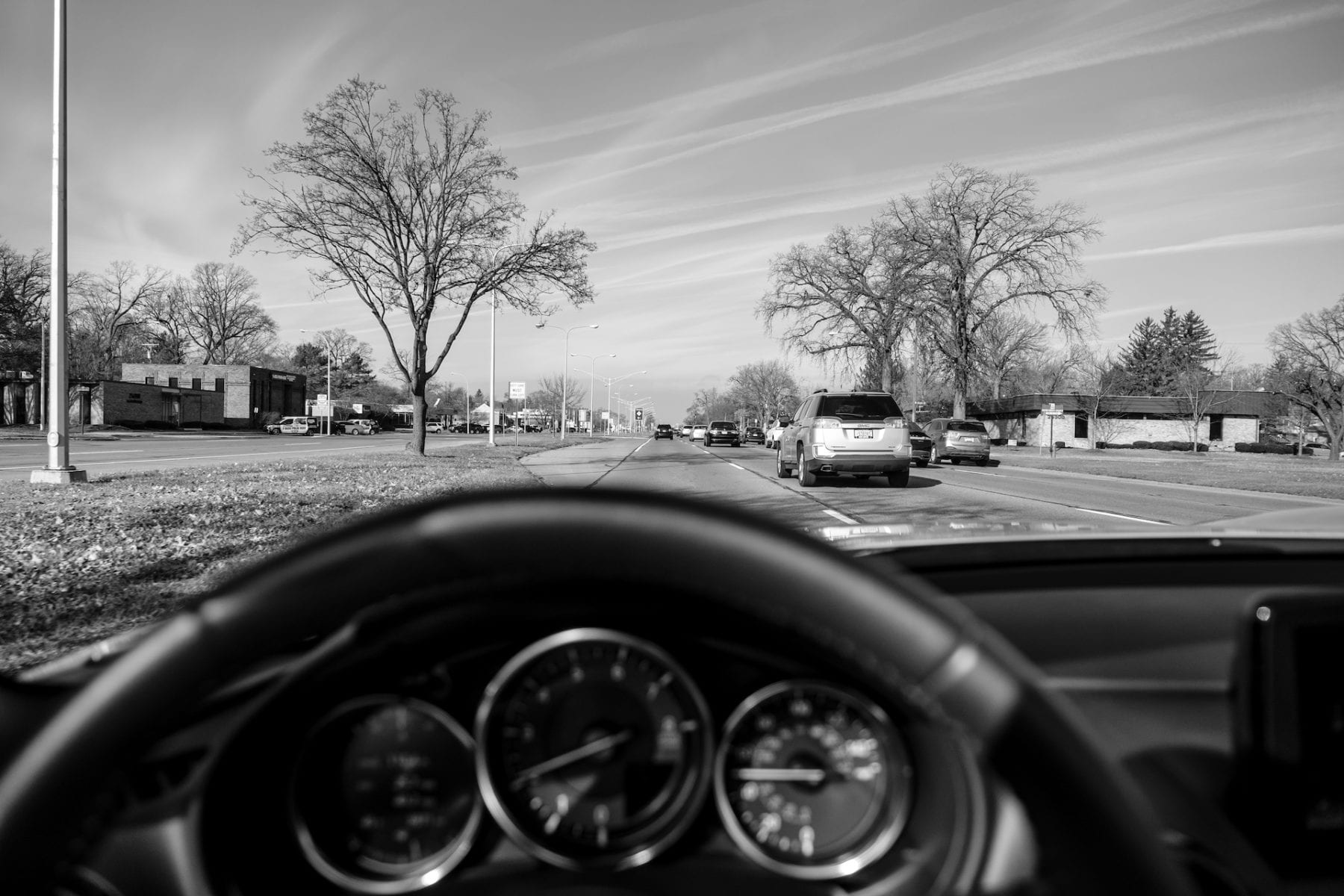