Just gonna cut to the chase here, I have never seen so many consistently dirt cheap cars online (outside of craigslist) before I looked at used Mercury Cougars. The last generation of this car is just… Well, take a look.

Those aren’t even the cheapest ones.

That six hundred dollar car? It’s not even the base engine. It’s the V6. It only has 115k miles on it, but it has had SEVEN owners. I’ve seen eighth-generation Cougars with 13k miles on them that have had three owners–that’s only like four thousand miles per person. Check out the monthly payments on that six-hundred dollar car if you wanted to get a loan:

The question then changes from, “Can I afford this?” to, “Will the car last that long?”

‘Beater appeal’ is a big part of a lot of these pre-recession American cars. You buy one as a winter car for a couple hundred bucks, you beat the piss out of it, and then you either scrap it, re-sell it, or leave it on your front yard. That’s really all it would be good for.

Some of the cars from this era kind of… break the mold a little? The Cobalt SS is one of them–where it actually ended up being pretty good, and still a good buy today.

The final generation of the Mercury Cougar is not like that. At all. In fact, I’m not sure why (besides the biblically low prices) you would buy one. 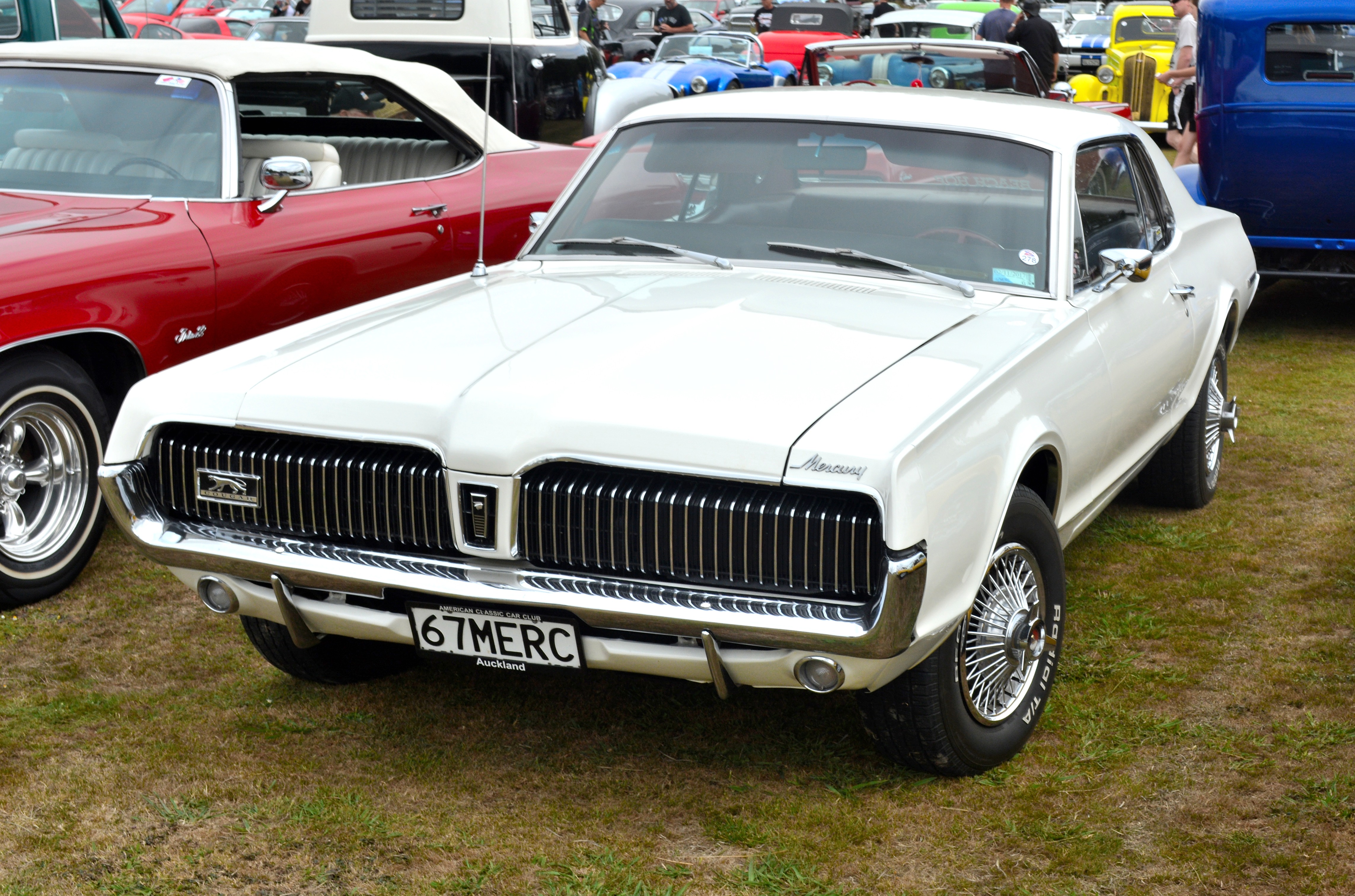 The first-gen Mercury Cougar is just a peach of a car–especially the ’67. Its styling is both novel and attractive, a series of great V8s were offered, and it wasn’t a very big car–the wheelbase is half an inch shorter than an F30 BMW 3 series. It’s basically a more blunt-faced, square shouldered Mustang.

I would tell you more, but this car was made more than fifty years ago. I’m also sure there’s a forum post somewhere detailing every possible trim and option. Lets take a real brief look at how the Cougar changed over its eight generations (1967-2002). I already showed you the first generation, so lets hit number two.

Okay, maybe not as handsome as the first generation. Still doing alright though, could be worse. 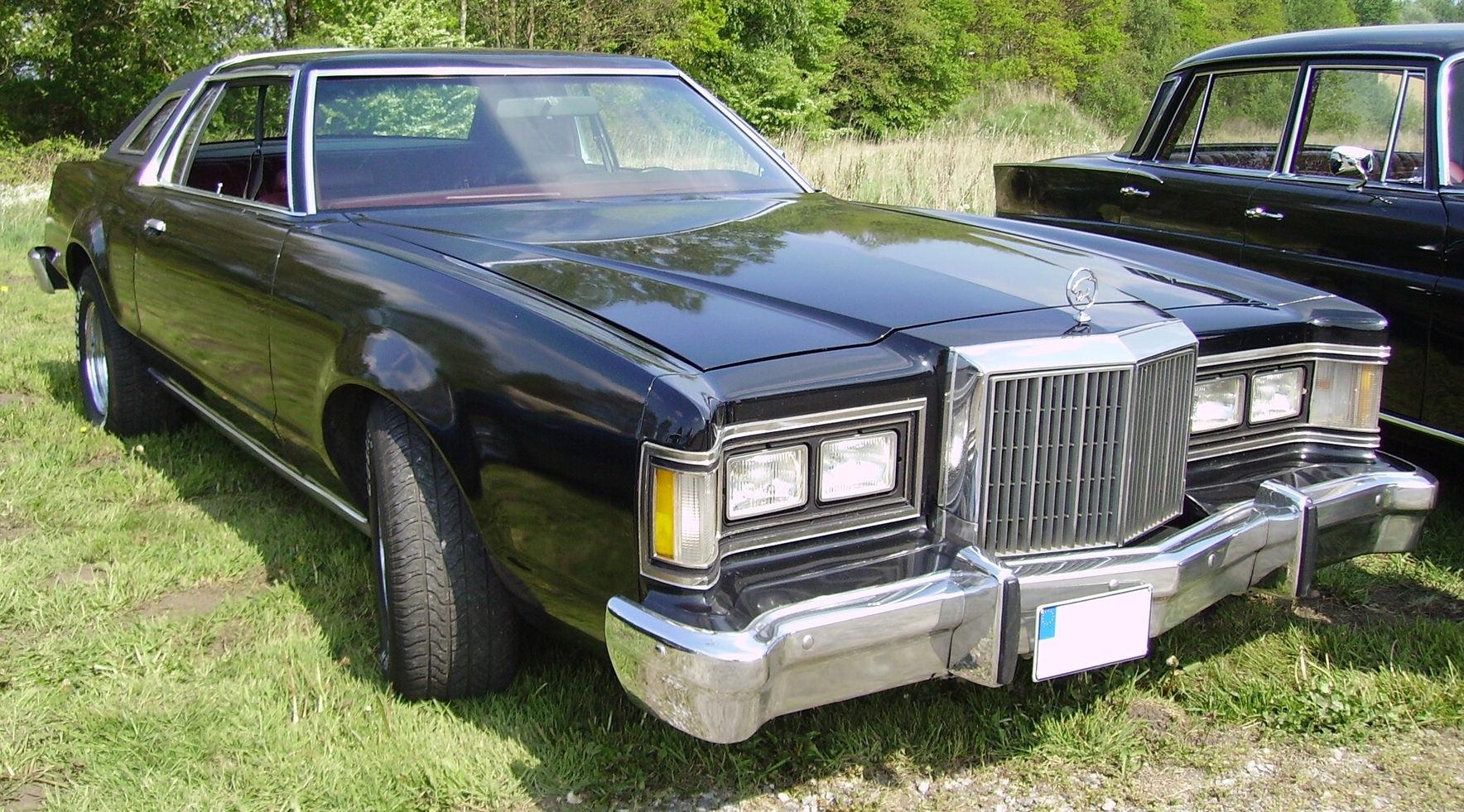 Slight improvement over the fourth-gen? Grille is a little wider–looking a little more modern. Overall not bad.

So, this car makes me think of death. Let’s just keep scrolling. We can forget about it. Haha, what sixth generation Cougar? What are you talking about?

I don’t think I have ever seen one of these cars, but at least it’s better than the sixth-gen. 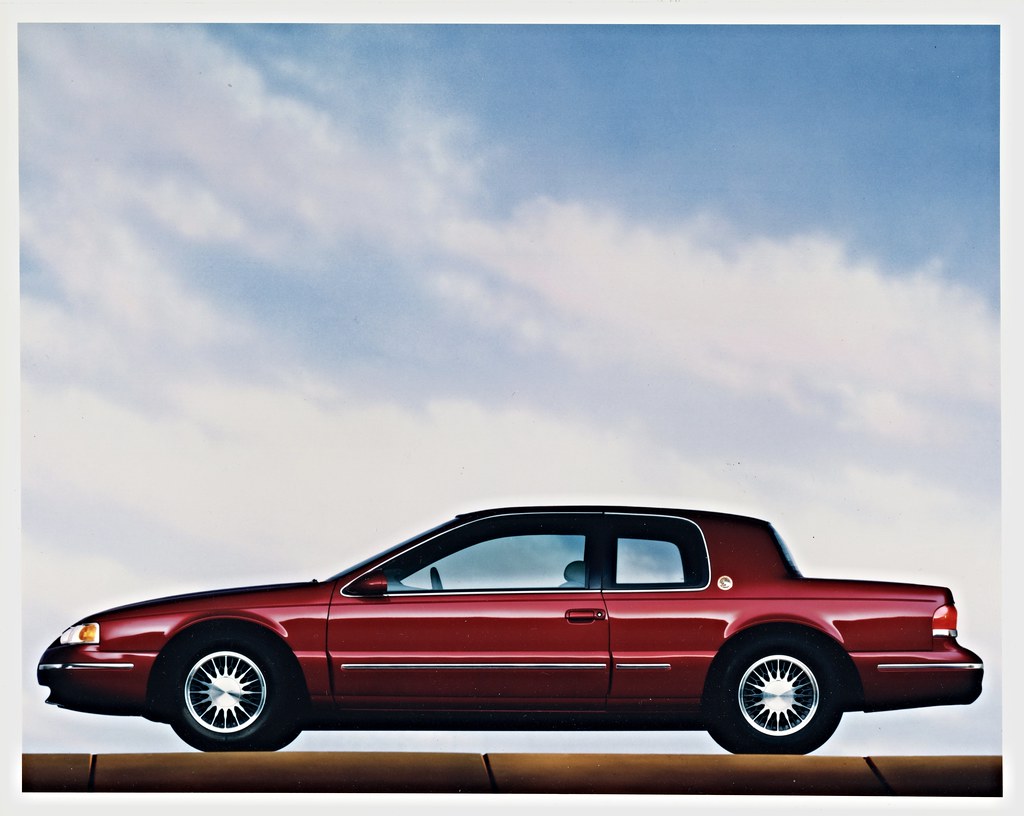 It does have an extremely strange roofline, though.

This is a Mercury Cougar?

I was only around for the final two generations of the Cougar. I can only recollect ever seeing the first and eighth generations and realizing, “Hey, That’s a Mercury Cougar!”

I’m sure anybody a little older who’s reading this will look at the final car and say, “That’s not a Mercury Cougar!”

And by many standards you’re right! 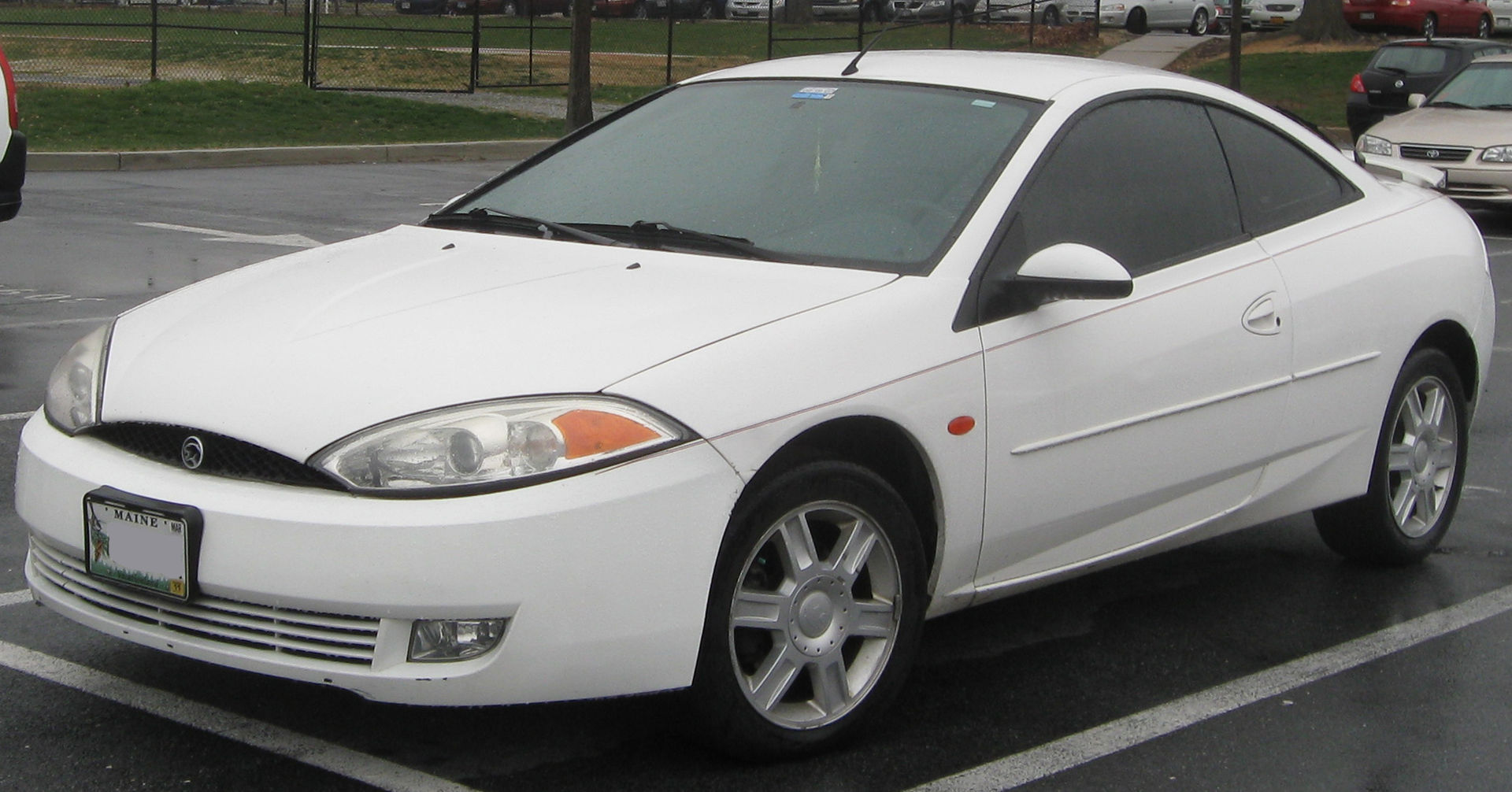 The Mercury Cougar–even at its worst–always had three characteristics. A V8, rear-wheel-drive, and a big comfortable chassis. This car has none of those things.

This was because the eighth-gen Cougar was actually supposed to be a Ford Probe– one of the most unfortunately-named cars ever. Ford decided to streamline their offerings, and the Probe didn’t cut the mustard. However, Mercury had just discontinued the Cougar a few years earlier. What a golden opportunity to re-introduce the Cougar name.

The wheelbase was about as long as a BMW E46 3-series, which made it about six inches shorter than the previous generation Cougar. It received fully independent suspension–only one of two generations to get this.

It may have been shorter than the other cars, but because of it’s reasonably sophisticated suspension (multi-link at the back and struts up front) it should still be comfortable.

The seats in previous Cougars were very comfortable. Just the classic wide, couchy seats you would expect in a big American V8 coupe.

The seats in the eighth generation are apparently horrendous. Not like, the textiles used or the lack of adjustability is bad; the actual shape was not designed for human beings.

Here’s what Car and Driver had to say about the 1999 Mercury Cougar’s seats:

“From day one (with 242 miles on the clock), the logbook began collecting uncomplimentary observations concerning the driver’s seat.

519 miles: “Even with the lumbar in the flattest setting, there is this big beast poking my back.”

818 miles: “Seat bottom is concave, leaving a gap at butt level with the seatback.”

3500 miles: “A curse on the moron who designed the lumbar setup for the driver’s seat.”

There was more of this — much more, and more caustic. And the net result was that the Cougar became a sort of pariah. With the exception of Uncle Fred Gregory, who likes a lot of extra lumbar support, no one wanted to drive it on long trips, and so it languished at times, falling steadily behind schedule in mileage accumulation.”

Two engines were offered. They could be backed up by either a five-speed manual or four-speed automatic transmission. The first was the 2.0 liter, four-cylinder Zetec (125hp), and the second was the 2.5 liter, six-cylinder Duratec (170hp). Considering this car weighed about 2900 pounds, they aren’t THAT slow (0-60 in 7.7 seconds for the V6), but the performance certainly doesn’t live up to the looks.

The 2.5 liter V6 apparently suffers from very bad “rev hang”. When one comes to a stop, the engine apparently sticks at around 2k-3k RPMs for a few seconds in order to improve the car’s emissions. The car apparently does this often–Car and Driver said, “the engine hangs onto revs as though it has a two-ton flywheel.”

It also torque steers really badly, despite having less-than 200 horsepower and no torque-inducing forced induction.

Every Car and Driver employee said that, at the time, this car turned heads. I believe them.

Fred Gregory said, “In the pickup-truck states of the West and the Great Plains, the Cougar couldn’t have gotten more appreciative looks if I’d had Sharon Stone naked in the passenger seat.”

That’s all the good parts.

The Concept that Never Was

Before this car got canned in 2002, they made a neat concept of it. Not just a sort of fiberglass show car, either. It was apparently a drivable concept.

The Cougar S (Here’s a link to some pictures)  had a number of changes. The important ones:

Although it was allegedly drivable, they never gave the car to the press, so there’s no road tests. I wonder where it is now.

Mercury killed the Cougar in 2002, and then Mercury was canned in 2011. It’s a shame we never got that AWD Cougar, but at least you can pick up a regular one in exchange for a few shiny buttons or a loose stick of gum. There really is no silver lining here.