I am sitting on a plane heading back to Orange County, California after attending the Mecum Auto Auction in Orange County, Florida. I am typing this from over 30,000 feet in the sky and even though I am exhausted I am still excited. This was my first time attending a major auction and I got to view it from both the eye of someone with a press pass and someone looking to purchase grade-A American muscle. How did I get invited? Hop the jump for the whole story… The father of one of my very good friends has a desire to buy some cars and he sent me a note saying I should join him. How did I respond? I nearly broke the Y, E, and S buttons on my keyboard. With my flight booked, I reached out to the PR folks who handle the Mecum account and asked for a media badge. They obliged and also provided us with a nice parking spot. The details of my trip sorted, my flight to Orlando couldn’t arrive soon enough.

My group (myself, my friend’s younger brother who I am also close to, and his father) arrived at the gates to the auction on Friday morning. The sun was shining and the lot was filled with smells, sights , and sounds that would make any self-proclaimed car nut start to sweat. We arrived about an hour after the auction kicked off that morning, and vehicles were already coming back outside after crossing the auction block. Waxed and polished muscle cars were being staged to head in. Further back beyond the gate was one of a handful of massive tents, housing even more vehicles to gawk at. We had moved maybe 15 feet and our heads were already spinning. It is truly car guy overload for at least the first hour you are there. The father and son walked off to grab their bidder’s pass while I walked over to grab my media badge. With our respective credentials in order, it was time to head to the auction floor and get our first taste of the madness within. Right on the other side of the doors sits the 1969 Dodge Charger Daytona staring me in the face and making me miss my own tall-winged race car. Off to the right sits all 50+ cars of the featured Hammack collection, all being offered with no reserve. Past the Daytona sits an absolutely stunning 1966 Riva Super Aquarama Hull. I know this is Hooniverse, but I would do horrible things to own that boat. Finally, turning to the left we see some bleachers that move down into a large sitting floor and ultimately the auction stage. 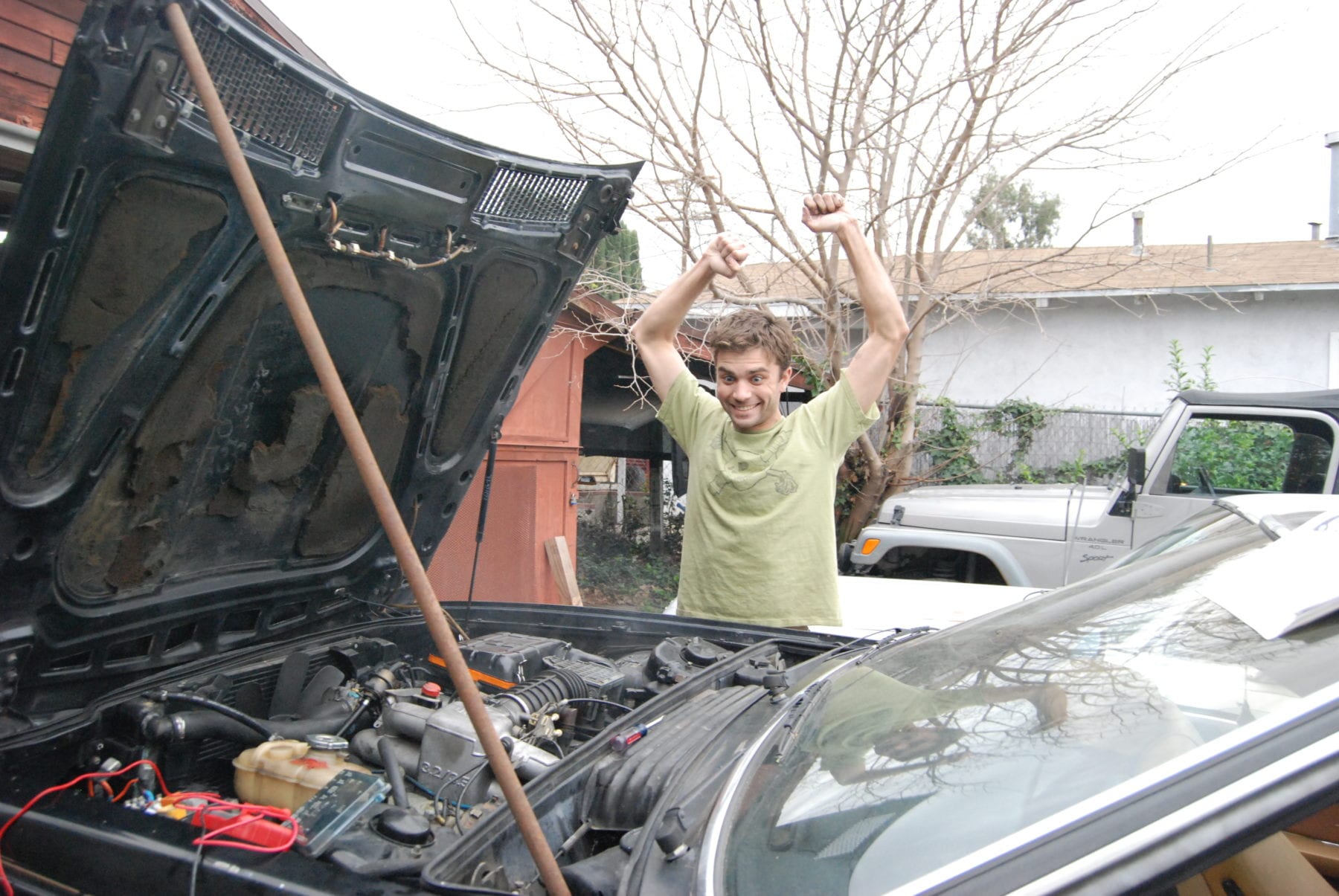 We took in some quick auction action but it was time to go back outside and find some potential vehicles to bid on. Smartly, the father and son duo already knew what they wanted. Were I in the position to be buying I would have ended up bidding on almost everything from the half-cab Bronco to the Delorean that crossed the block. My friend wanted a 1969 Camaro and there was a glut of them in a few flavors parked beneath the tents.  The father, on the other hand, was interested in a particular 1955 Chevrolet Bel-Air. The car belonged to the aforementioned Hammack group of cars and was stuffed with a 454. The vehicles were located, and all we had to do was wait for them to cross the block. The auction block is an exciting area to hang out. The crowds gather around the cars as they are paraded inside the auction building. The auctioneers rattle off in their staccato tones that only make sense every 10th word, when they shout out a dollar value. The vehicles roar to life as they take their position in front of the crowd. The Discovery Channel TV crew attempts to capture the madness in full HD glory. Behind all of this, I am snapping photos (over 500 for you to click through), trying to maintain contact with my friends as they wait for their vehicles, and ducking into the media center from time to time to snag a water and a break from the action.

Kicking off their 2010 season, Mecum has gotten off to a great start. The sell through rate for this event was a very impressive 71%. Total sales rang in to the tune of $25.6 million, with the Hammack collection responsible for over $3 million of that figure. Which vehicle brought in the highest figure overall? If you guessed the Dodge Dayonta – you would be wrong. The highest selling car this past weekend was a 1935 Auburn Boattail Speedster Supercharged hat caused someone to part with $376,000. However, that still isn’t the highest sales figure. That boat I mentioned at the beginning? It sold for $775,000.

Besides the vehicles up for auction, one can bid on all sorts of cool memorabilia items from completely restored classic gas pumps and full-size neon signs to original Coke bottles. Basically any item you need to make a classic car garage look the part. Outside of the auction, there are items for sale that also peaked my interest. One gentleman was selling classic tin signs for ten bucks a pop, while another was selling a pool table that had the body of a classic mustang beneath it for just under ten grand. The merchandise that really got my eye belonging to a small both in the corner, past the area where new car owners were lining up to fork over their winning bids. Hanging on the walls of the booth were awesome examples of automotive art. I think it is the colors he uses, but David Chapple reminds me of Michael Godard. Instead of olives however, he shows us beautiful cars in wonderfully crafted places. Head over to AutoArt and click around the site to see some examples of what I am talking about.

The auction was truly lots of fun. The staff were friendly and I had free run of the place. I got to see lots of great vehicles in one location, and it was exciting to experience a major auction live and up close. Oh…and my friends did end up with some cars. The son is the proud owner of a 1969 Chevrolet Camaro Z/28 while the father can’t wait to hop behind the wheel of his 1955 Chevrolet Bel-Air with that massive 454 under the hood.

I will have a full mega-gallery for you this Friday. The pictures (all 500+ of them) are taking a while to load to Flickr because I had the size set a little too large.