Over the course of his life, Philip Marks acquired a love of fast cars. While building up his business empire, alongside his father, brothers, and eventually his sons, Marks did well and sought out the machinery that intrigued him. His automotive tastes ranged from powerful muscle cars to the occasional German sports car and a handful of Japanese treats. He didn’t just like keeping them clean in his garages though, as Philip liked to wind these things out. So when a group wanted to build a country club-style raceway near his home in New Hampshire, Philip didn’t just give a thumbs up he wrote a large check to help the place go from renders to reality.

Nestled in the beautiful tree-lined hills of Tamworth, New Hampshire, Club Motorsports is 2.5 miles of perfectly placed tarmac. It unfolds by way fo 15 turns and through 250 feet of elevation change. It’s challenging, fast, and shit loads of fun. When automotive journalist Jason Cammisa visited for a Motor Trend video feature, he called it the best track in America. And after I’ve had a chance to drive it, I can see exactly what Jason is talking about.

Philip got his chance to check out the track, but he never enjoyed it as much as he would’ve liked. Cancer can come in hard and fast. And even though Philip was a stubborn bastard when he wanted to be, cancer puts up an unfair fight. Philip died in September of 2017, aged just 65 years. Before he passed, he worked to sell off a large portion of his car collection. He didn’t sell all of it though, and his sons (who are close friends) allowed me to grab the keys to a fantastic machine. 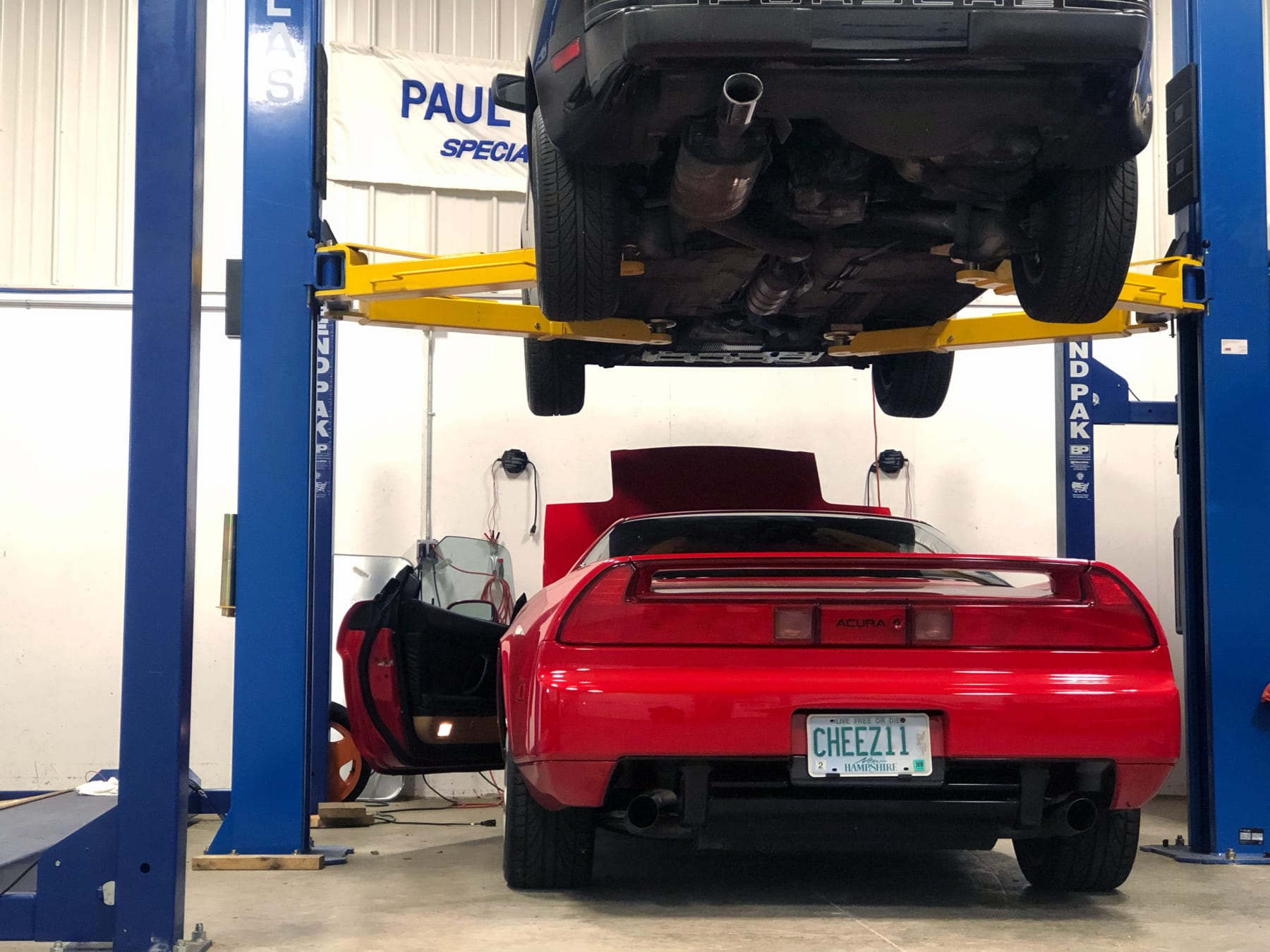 This 1996 Acura NSX is the second NSX that Philip owned. Many years prior, he had one, sold it, and regretted it. So he found another, and I don’t believe this one is going anywhere anytime soon. It shows just 34,000 miles on its odometer and it was practically begging me to get it out into the sun.

Well, maybe not begging. It put up a little fight due to a dead battery. After some time on a mechanic-grade charger, the 270-horsepower 3.0-liter V6 fired to life. I slotted the tight shift lever into first and eased the NSX out of the garage. Once in the sun, I let it idle for a bit to help fill that battery back up. I couldn’t wait for long though, because I had a date with the race track. 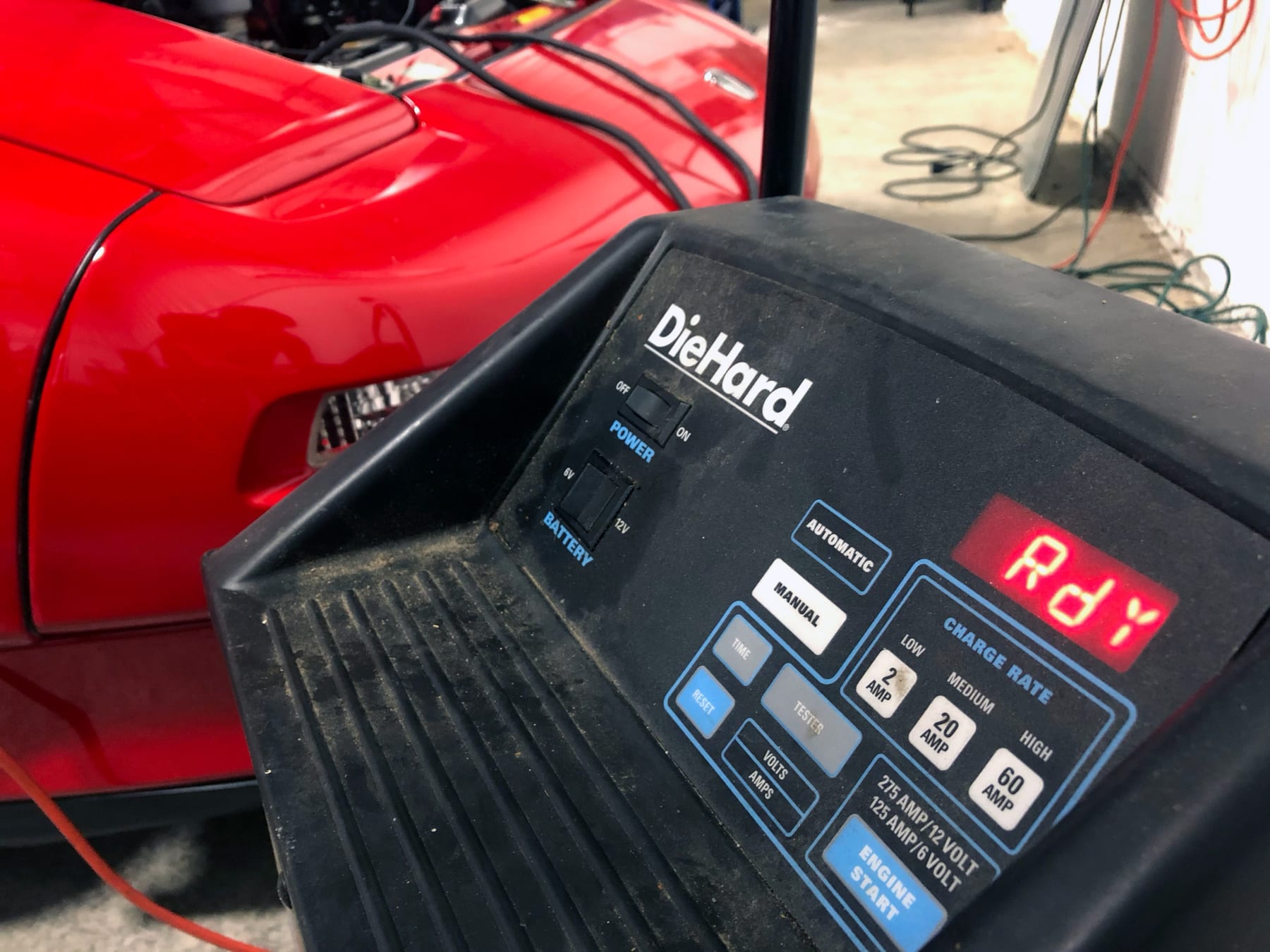 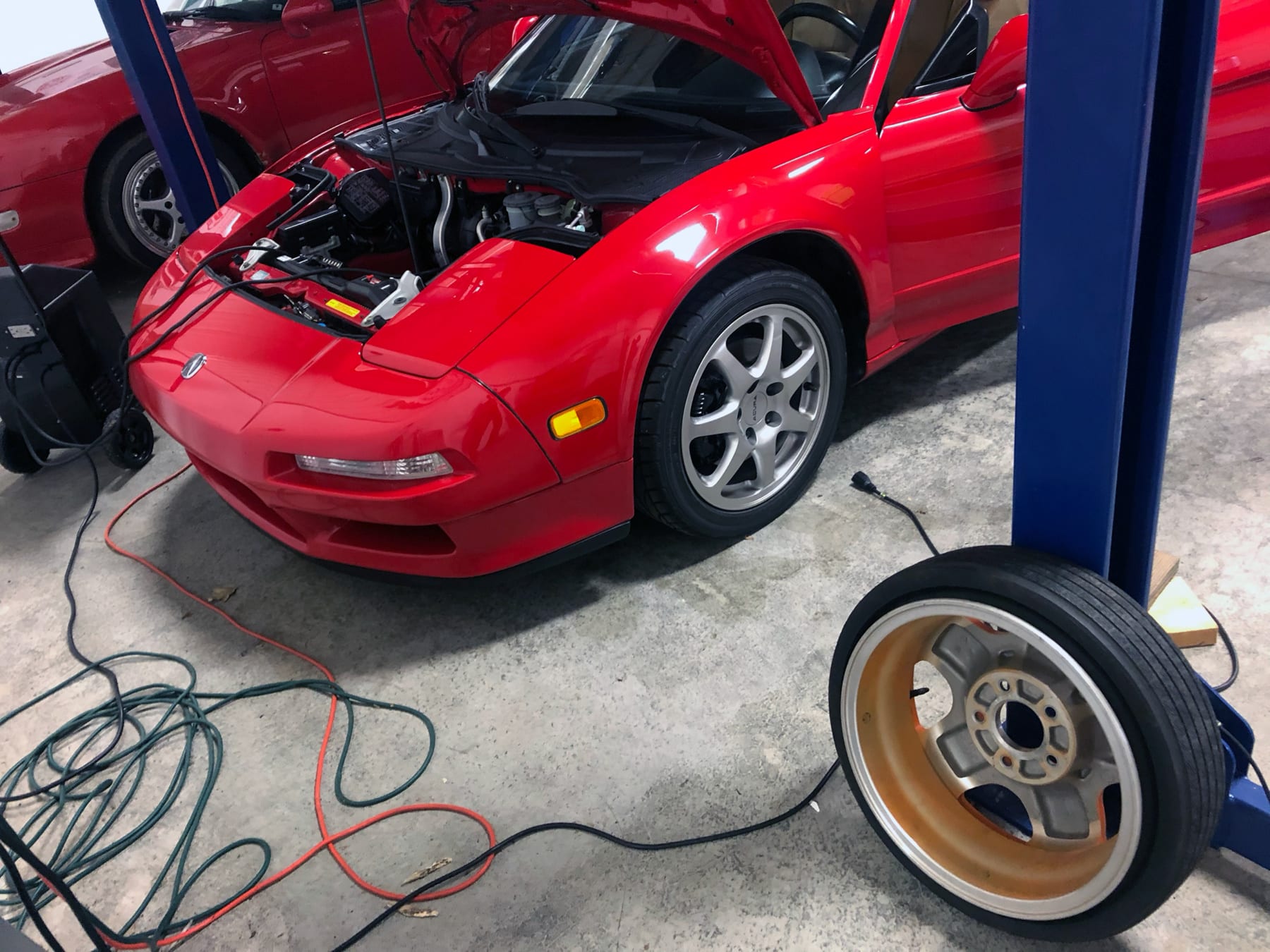 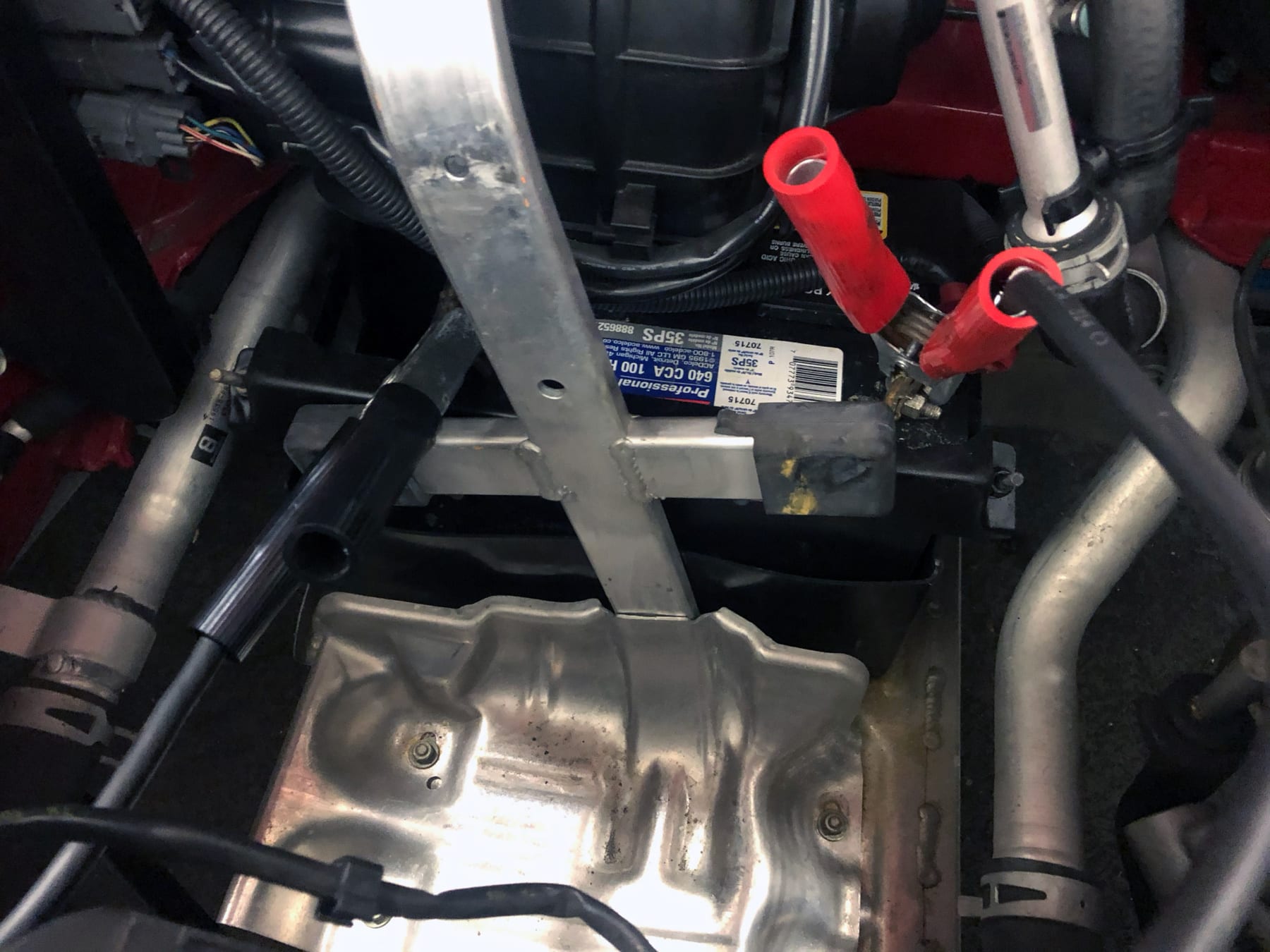 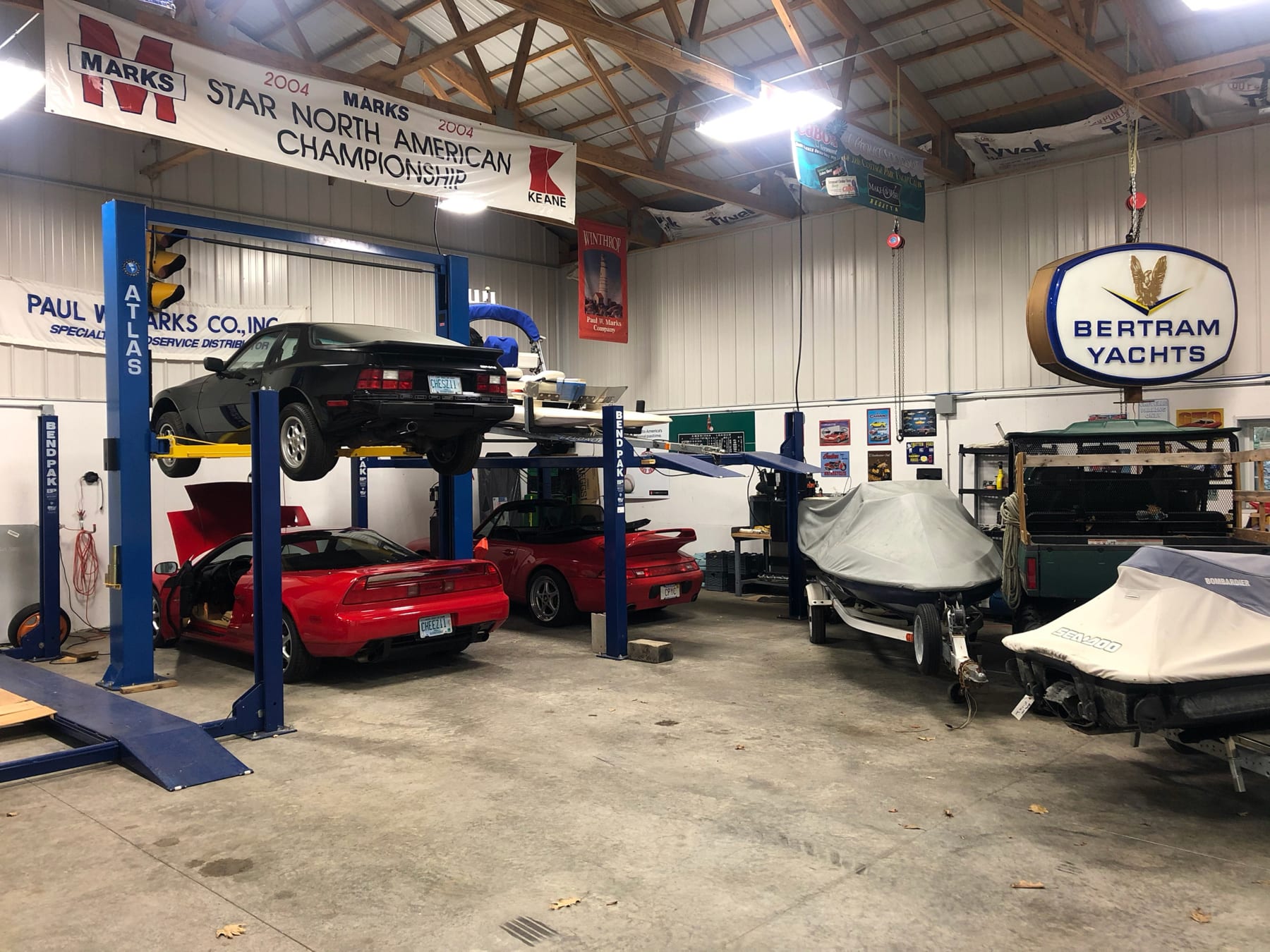 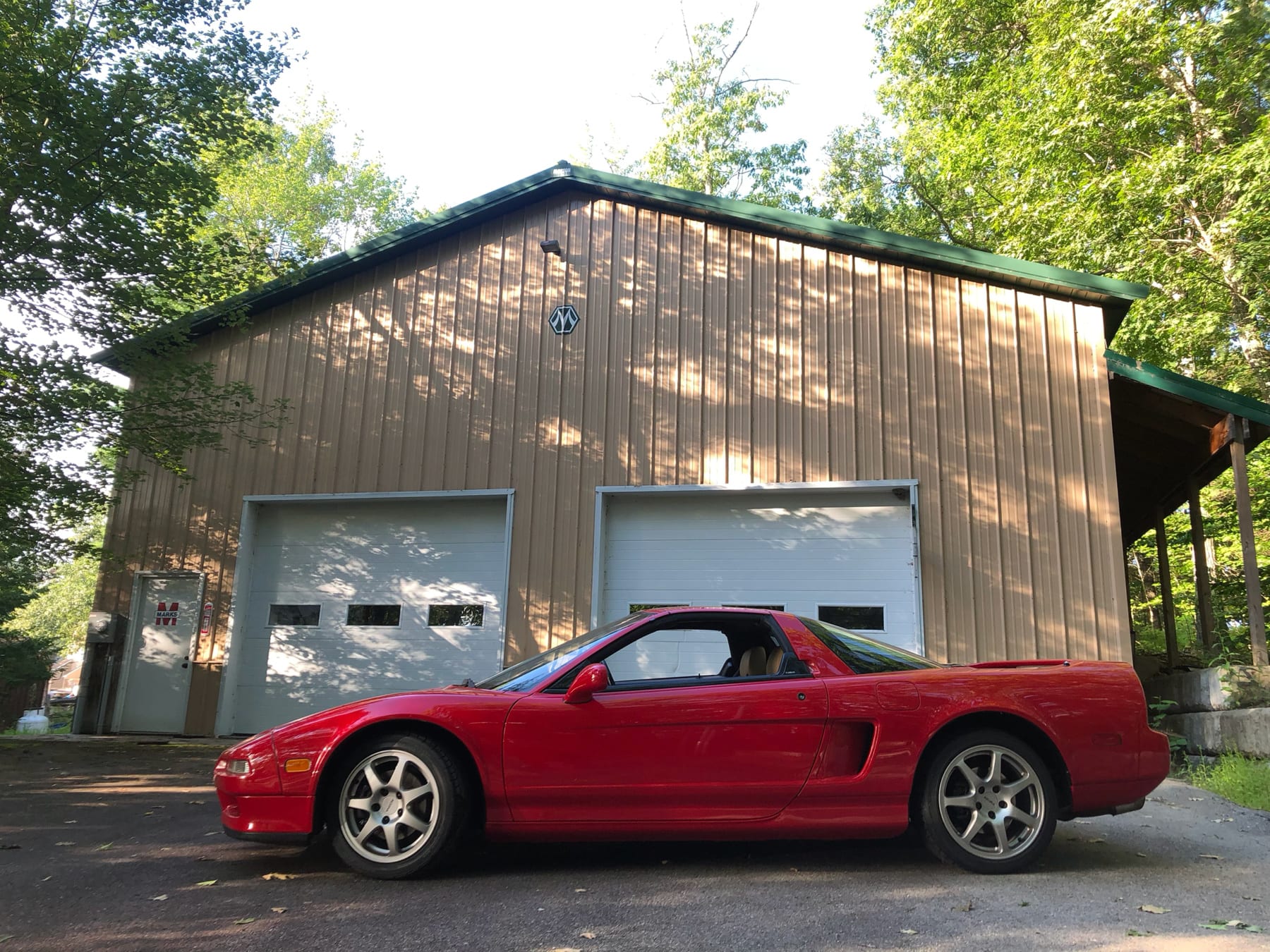 The drive to the track was wonderful. Along the way, I checked the action of the clutch and brakes. Prior to setting off, I gave the tires a once over. All is well and the NSX is eager to roam. And this is a version of the car I’d been trying to drive for a few years. This model does not have power steering. It’s the purest expression of first-gen NSX and I’ve been hunting down a drive in one like this for some time. And I’m happy to report it’s everything you’d hope it would be.

When I arrive at the track, I inform the person at the gate that I’m a guest of Brian and Paul Marks. The man smiles and directs me up to the main office. There I’m given a “novice” wristband and informed that the track will open soon. Club members and more experienced drivers are going out in the first session. One of those members recognized me from a video I shot and informs me he bought his Camaro ZL1 because of said video. I’m honored, and even happier when the driver offers to take me around the course in said car so I can get a look at the track before my own session.

This is always a gamble because you don’t know how someone drives just by chatting with them. This dude knows his car and this track though, and he was both fast and smooth. And he provided great insight into the many twists and turns at Club Motorsports. “This is where the Porsche guys setup, but I prefer this line…” 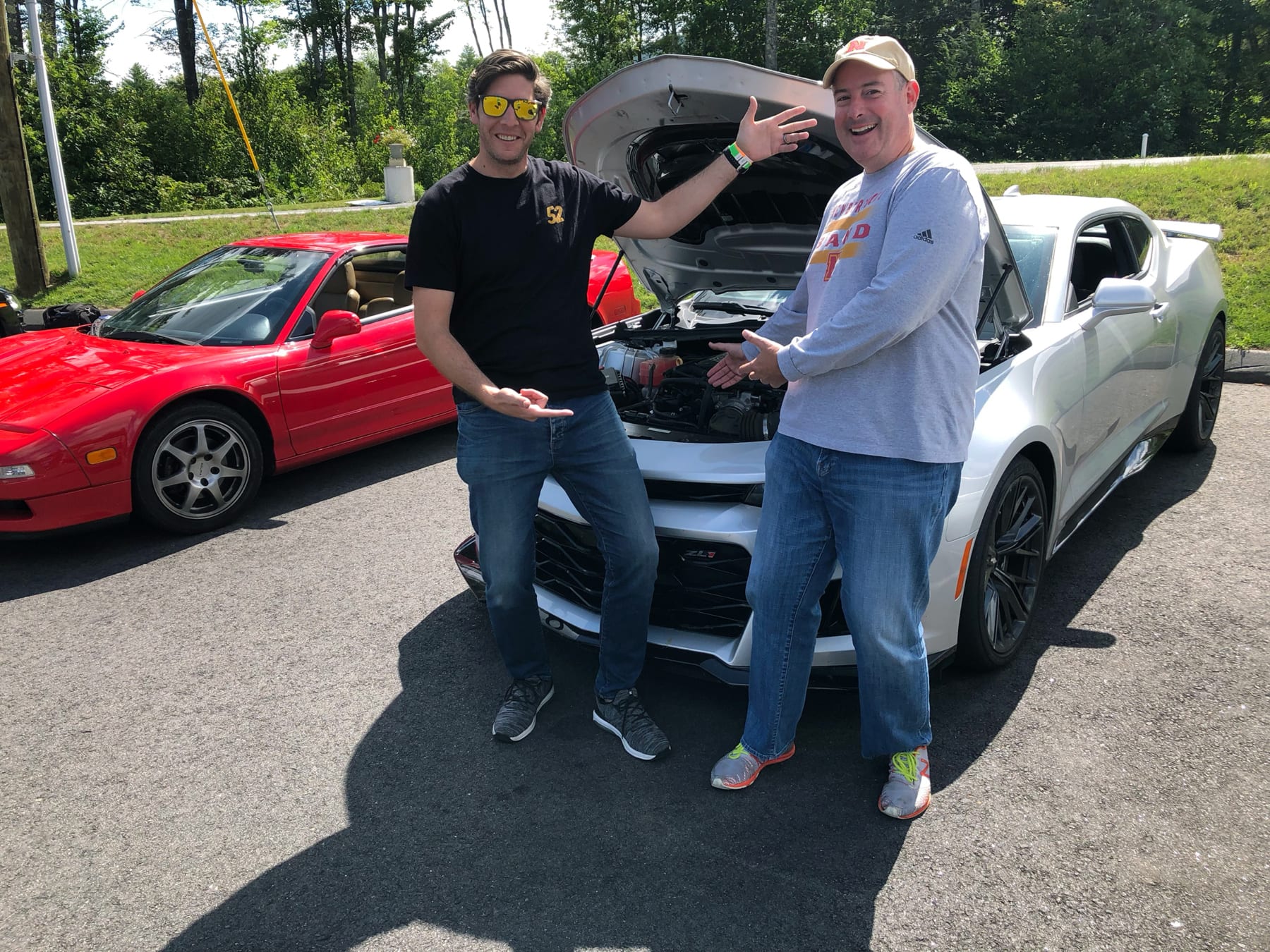 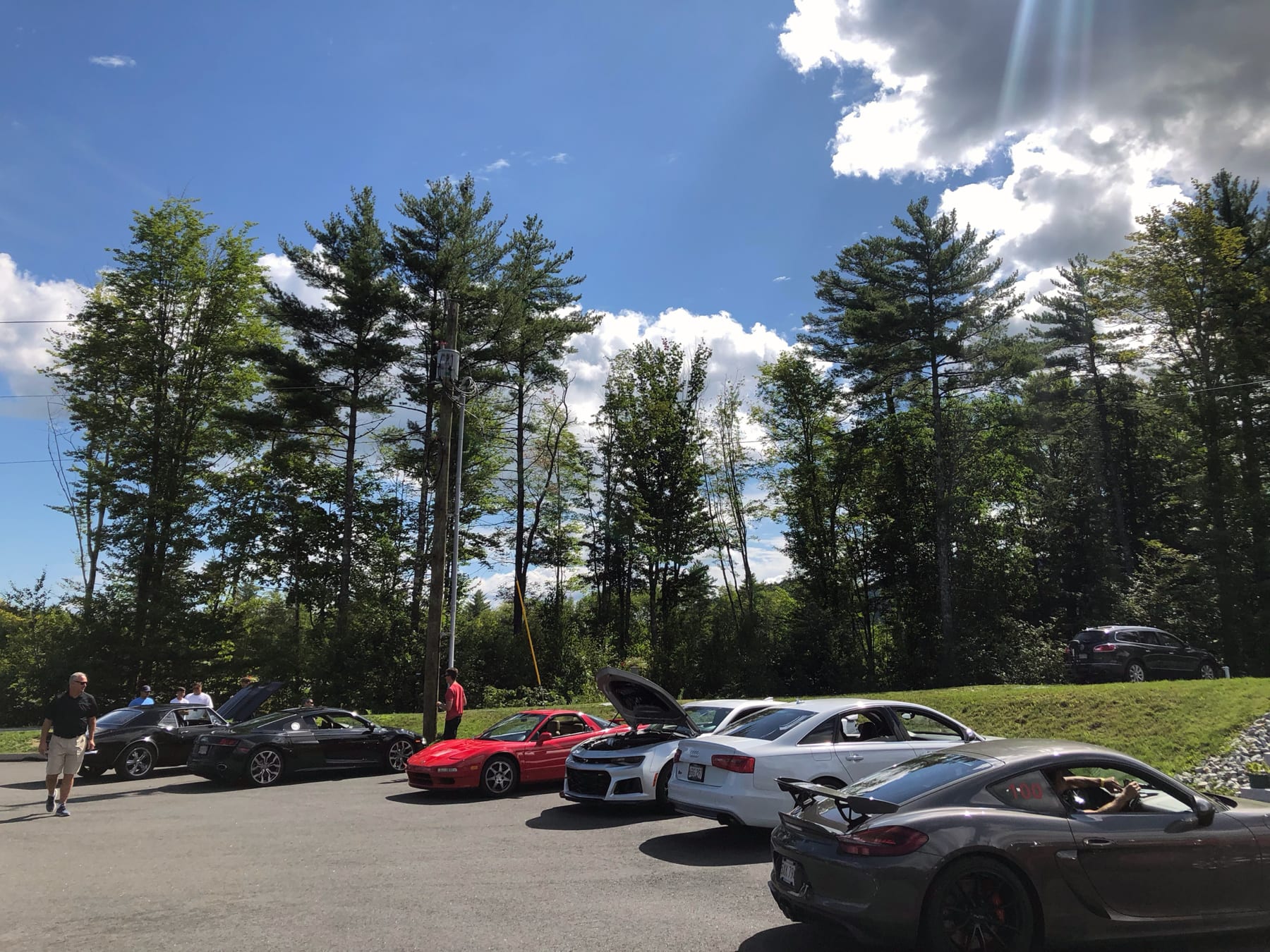 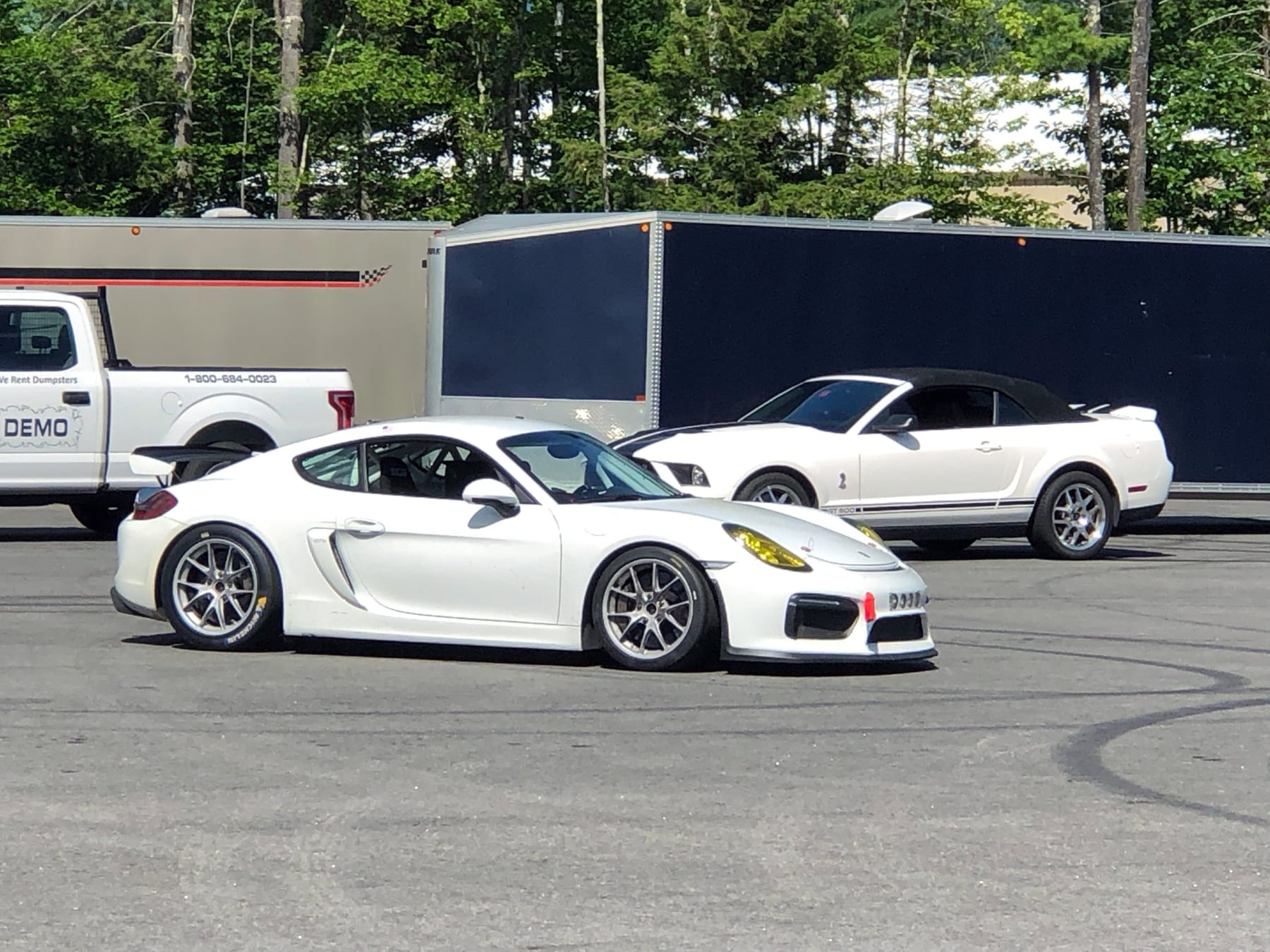 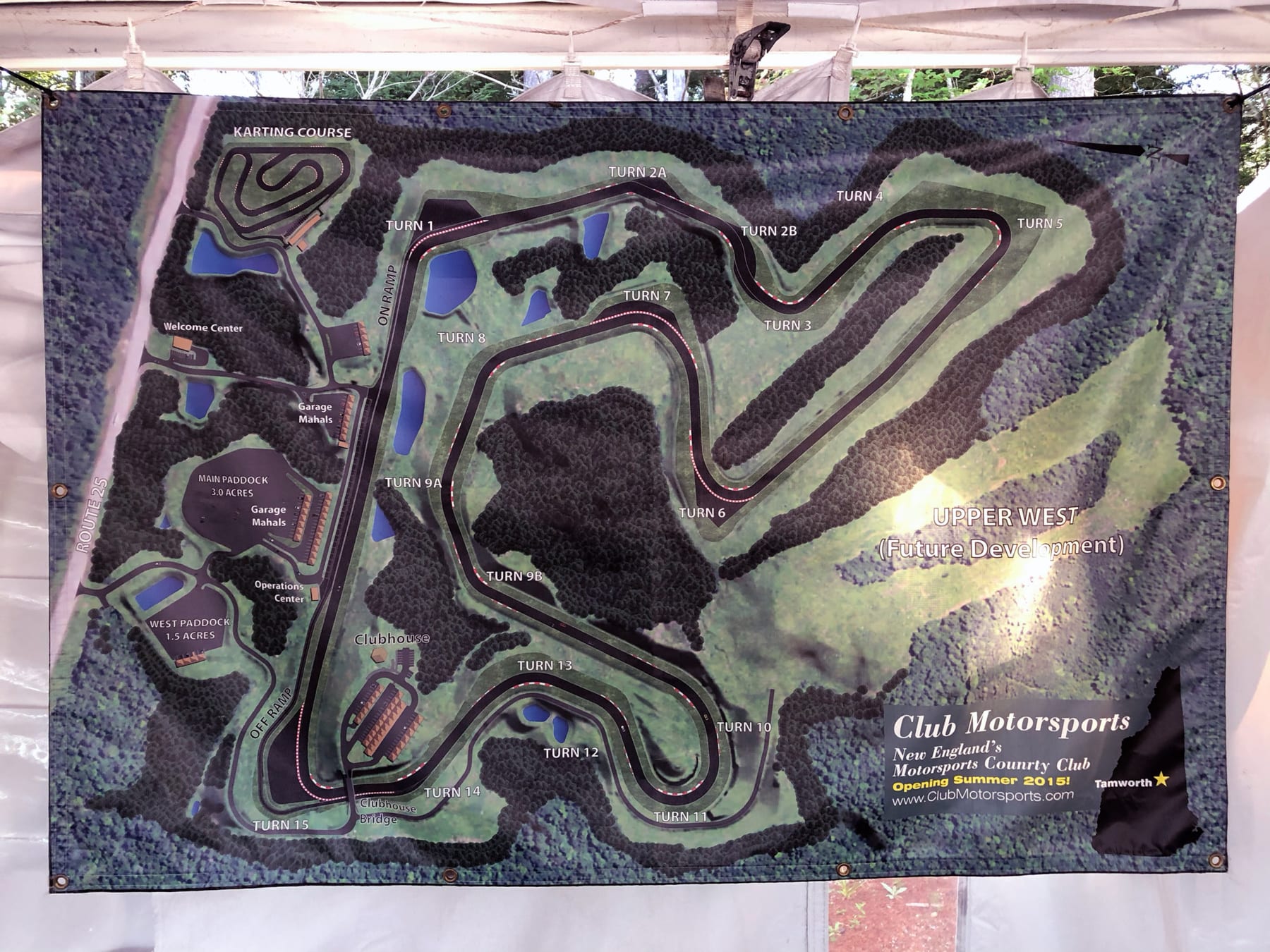 Club Motorsports is still being built up. The clubhouse is in development and “Garage Mahals” will take shape as well. As it stands now though, it’s an absolute piece of driving heaven. There’s enough of a challenge you want to keep coming back for more. After two sessions, I was beginning to piece the line together but there are still many areas that keep you guessing. “Can I get through this part faster? Should I be over here more? I can take that corner far quicker…” 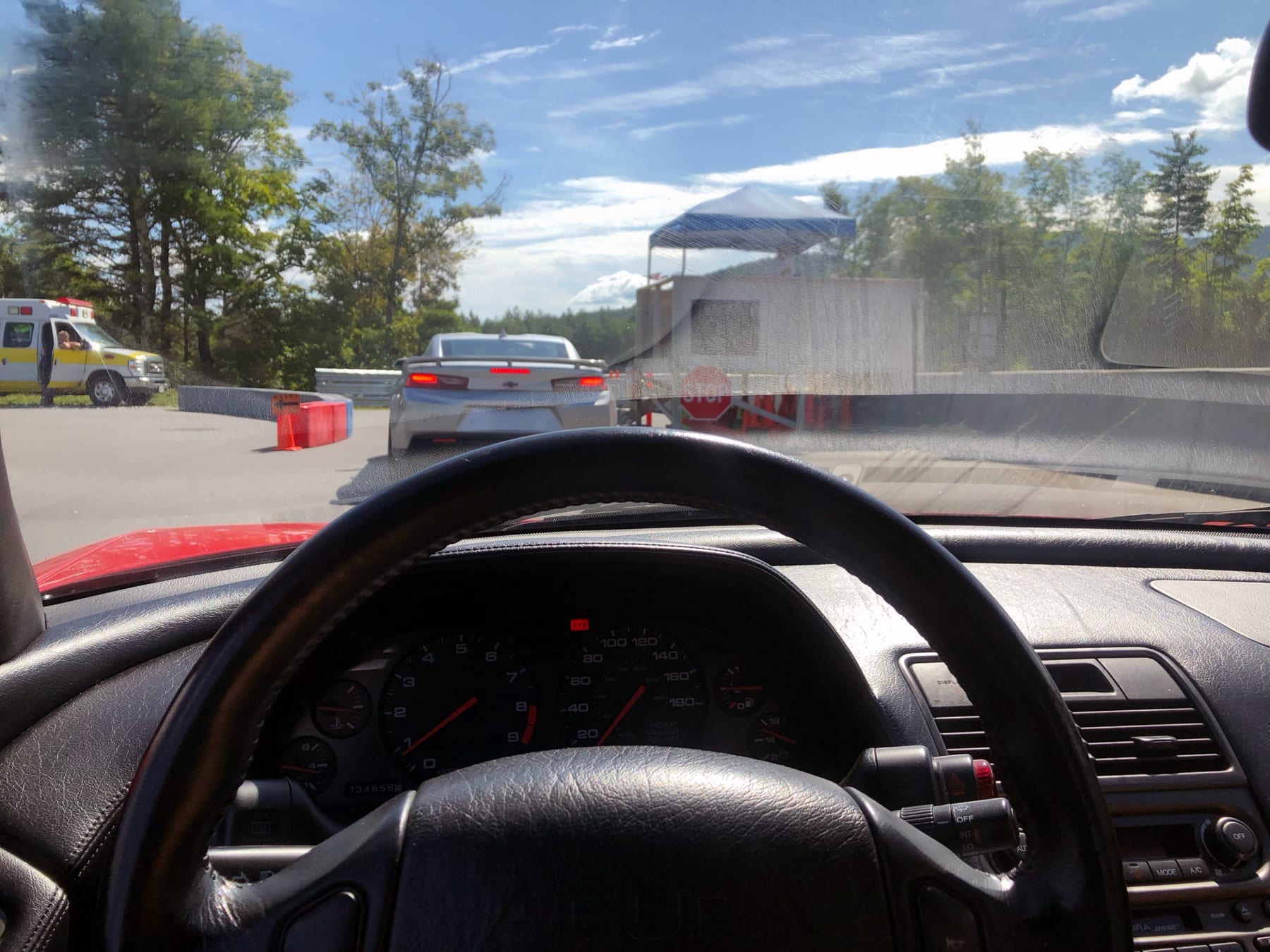 But I wasn’t that worried about my lap times on this day. Instead, I was paying my respects in a way. Philip was a sort of second father for a period of my life when I was younger. I have a great relationship with my father, but Philip was there for me too if I needed him. Additionally, I tagged along with him on occasional trips to Mecum auction events to help him sort through the field and find some gems for his collection.

Driving his Acura NSX at the track he helped build definitely wasn’t a “goodbye” type day. In fact, it felt like the opposite. I was thinking of him and I got to say hello. The sounds of engines and tires on a race track are music to the ears of a certain group of people. Philip was one of those people, and I think he was listening in

…maybe even cringing slightly at some minor clutch smell during my first session. Sorry Phil. I got better as the day went on, I promise. 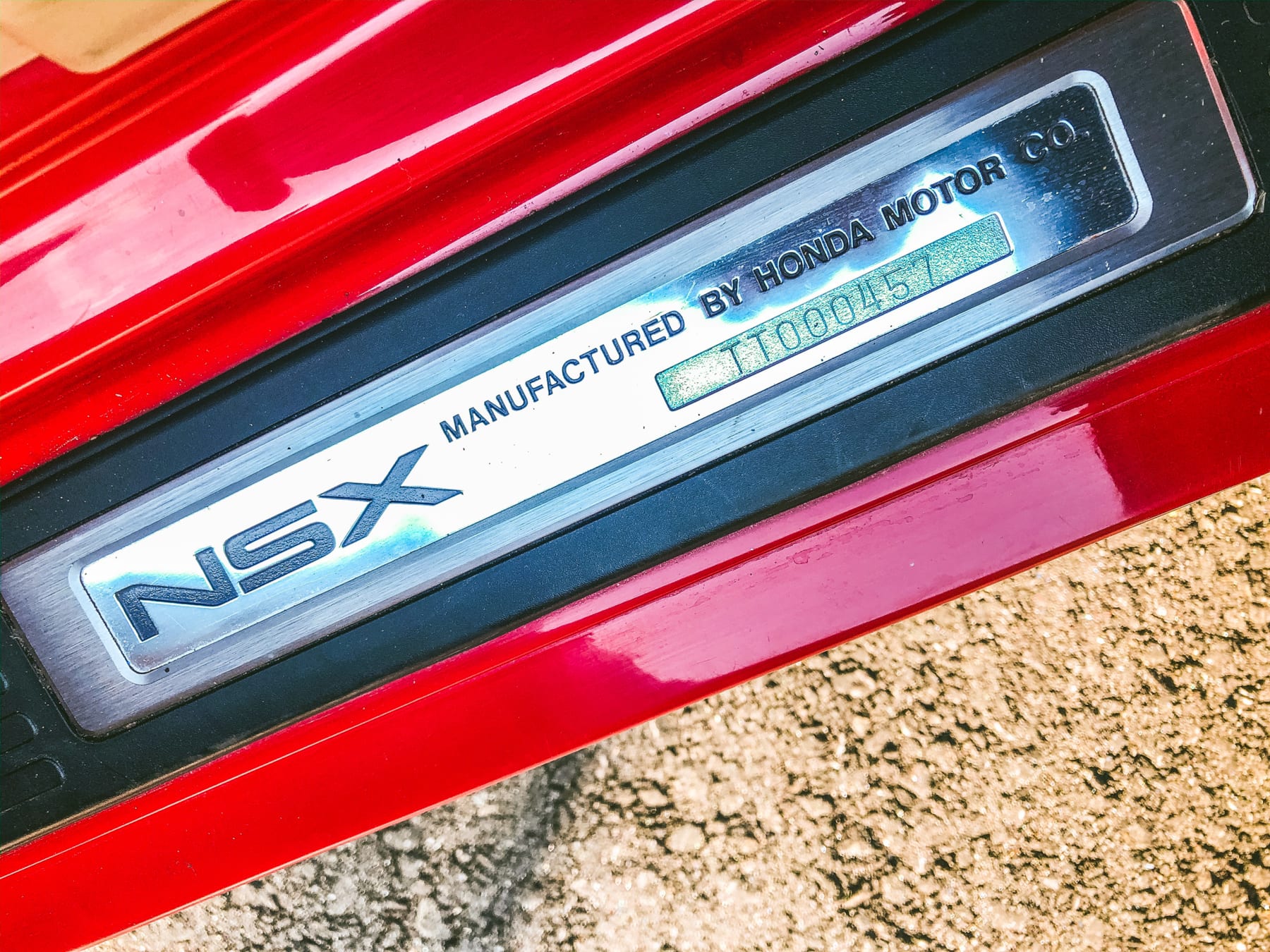 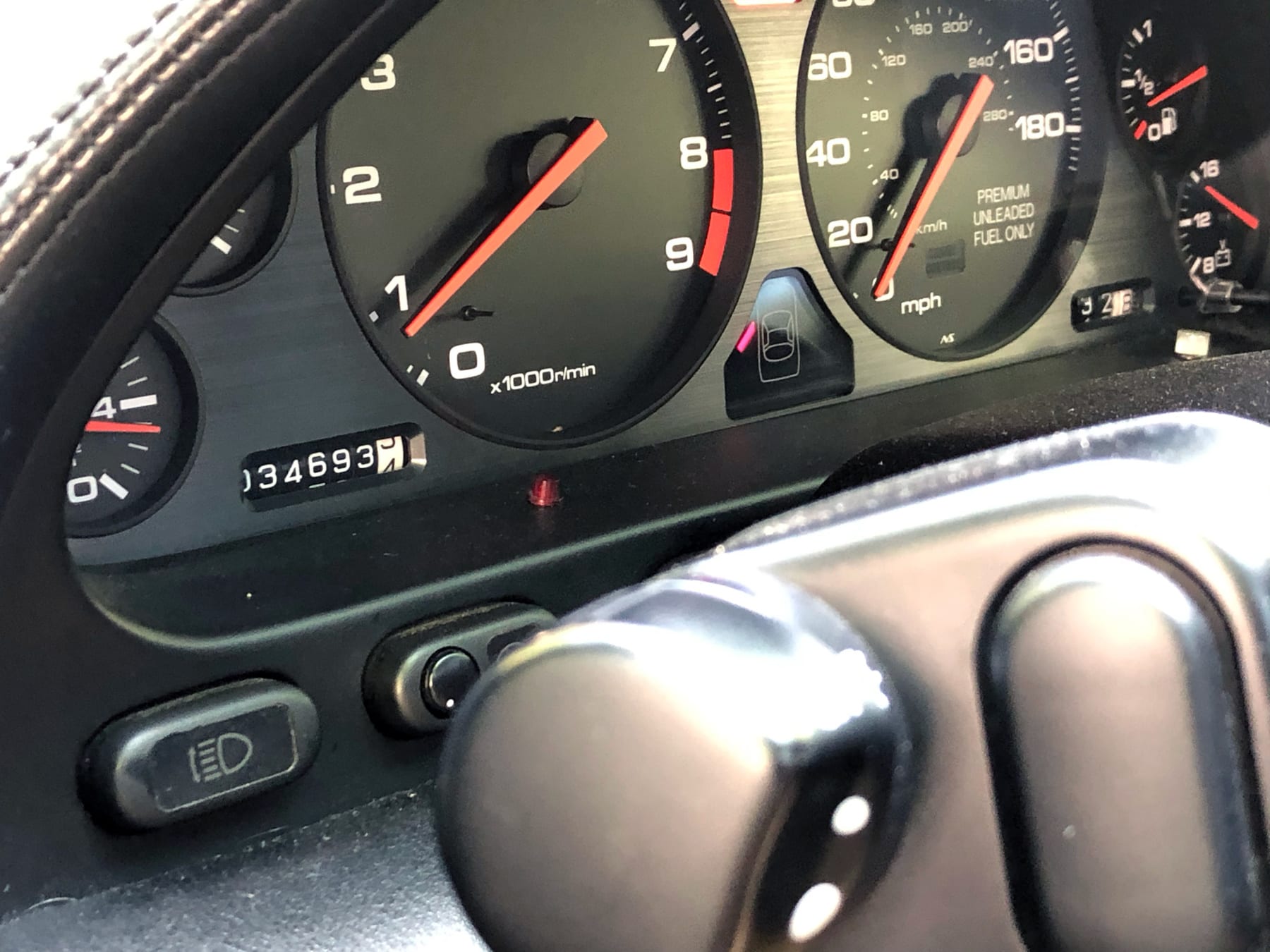 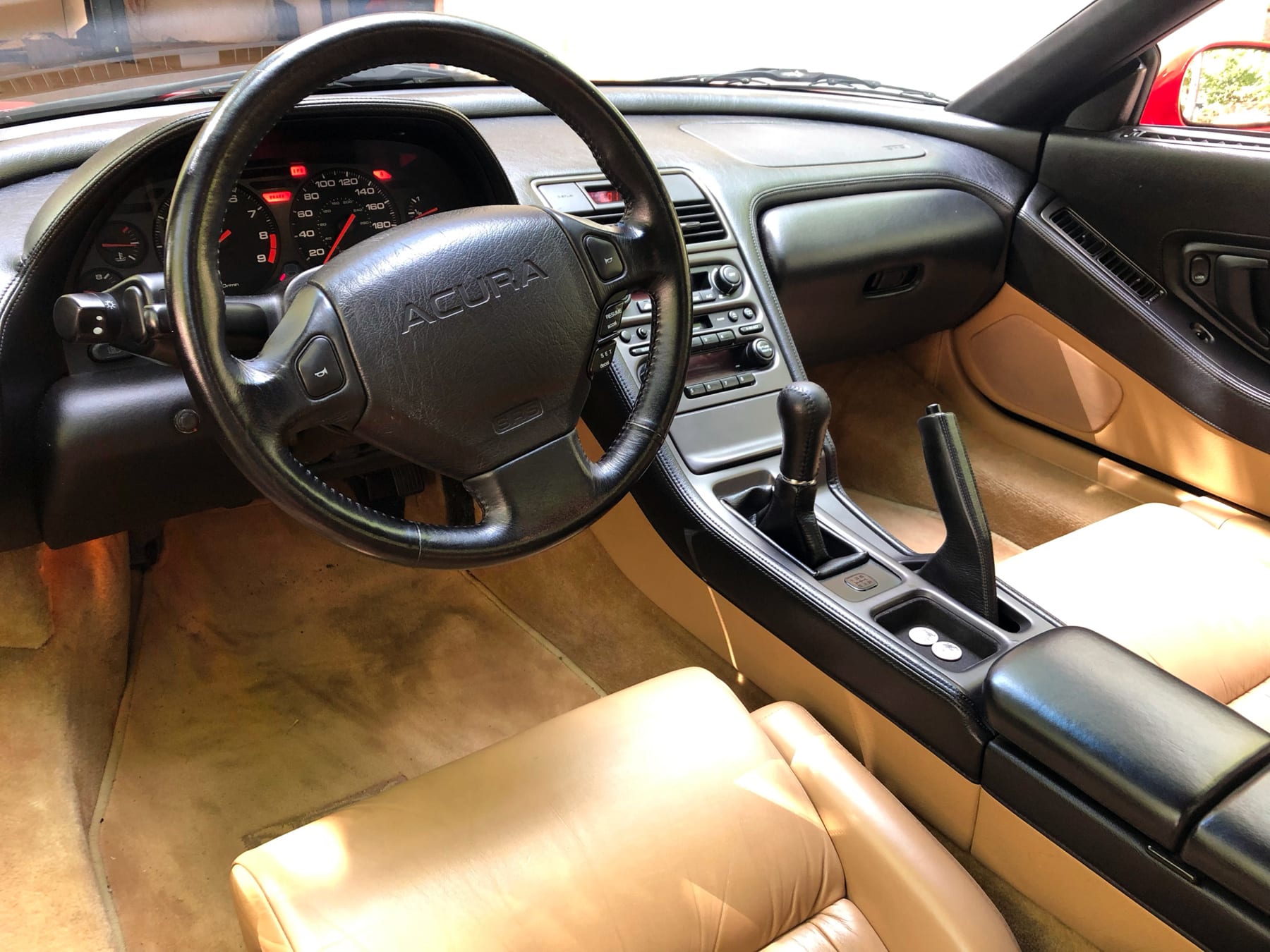 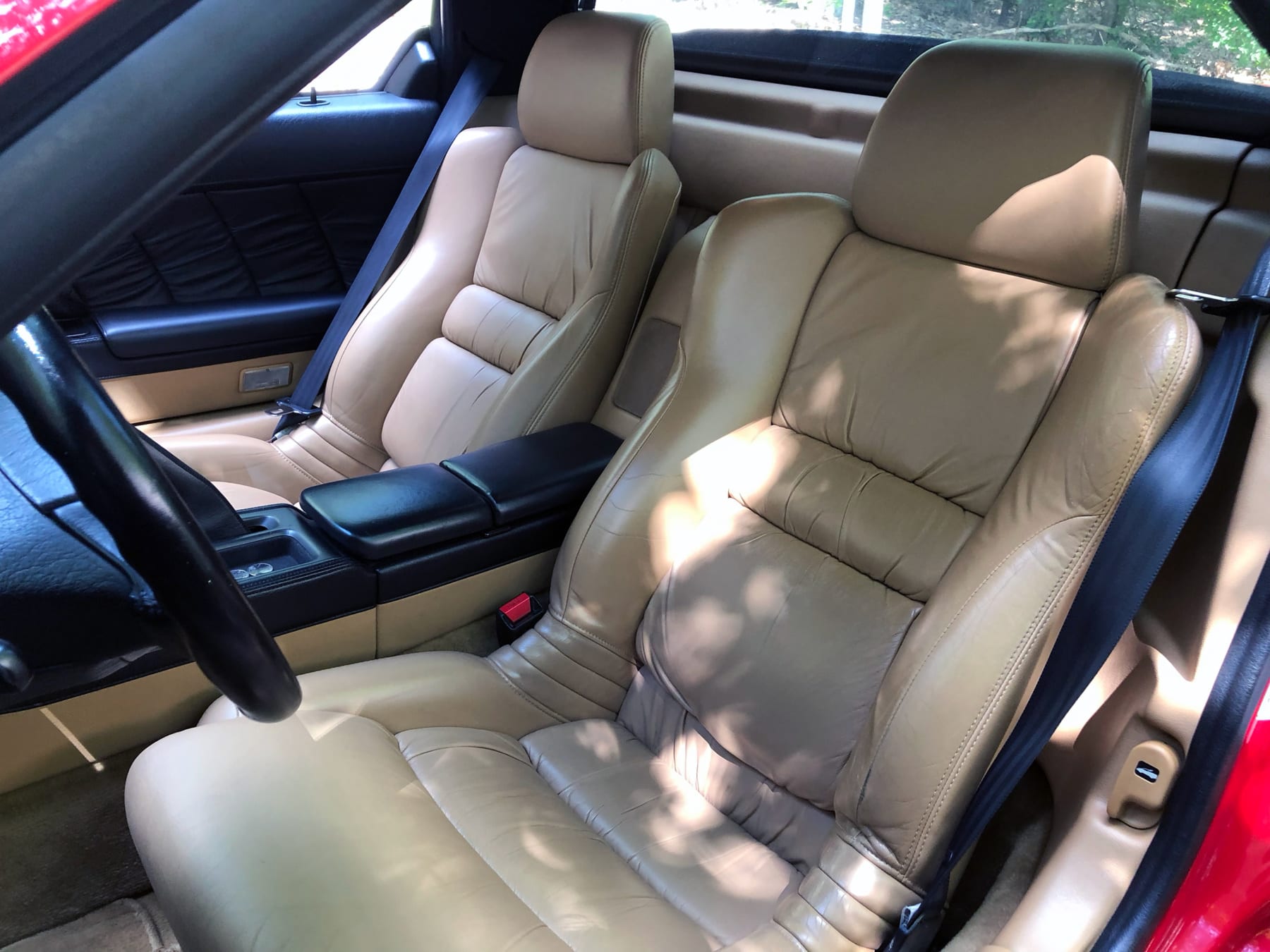 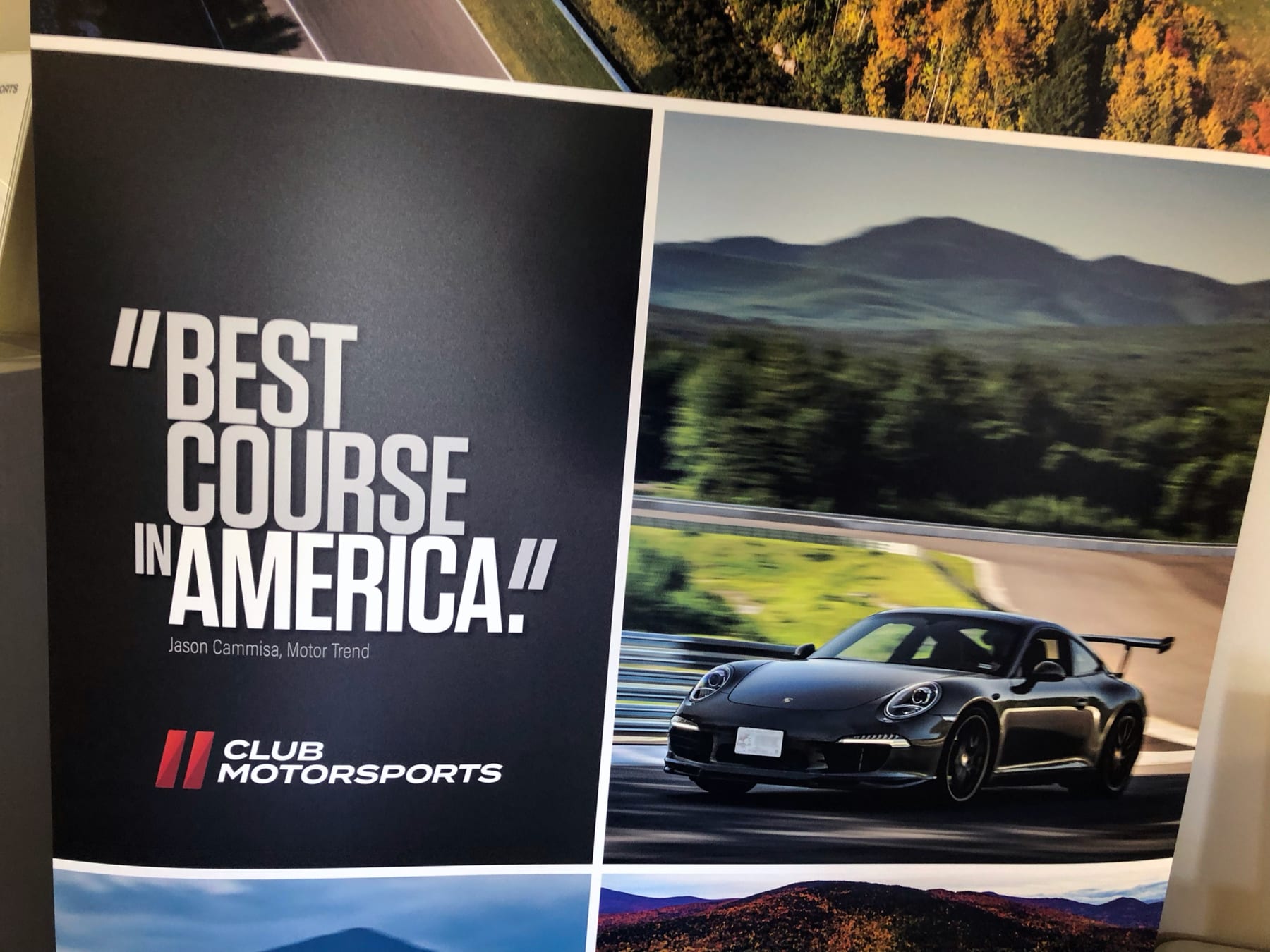 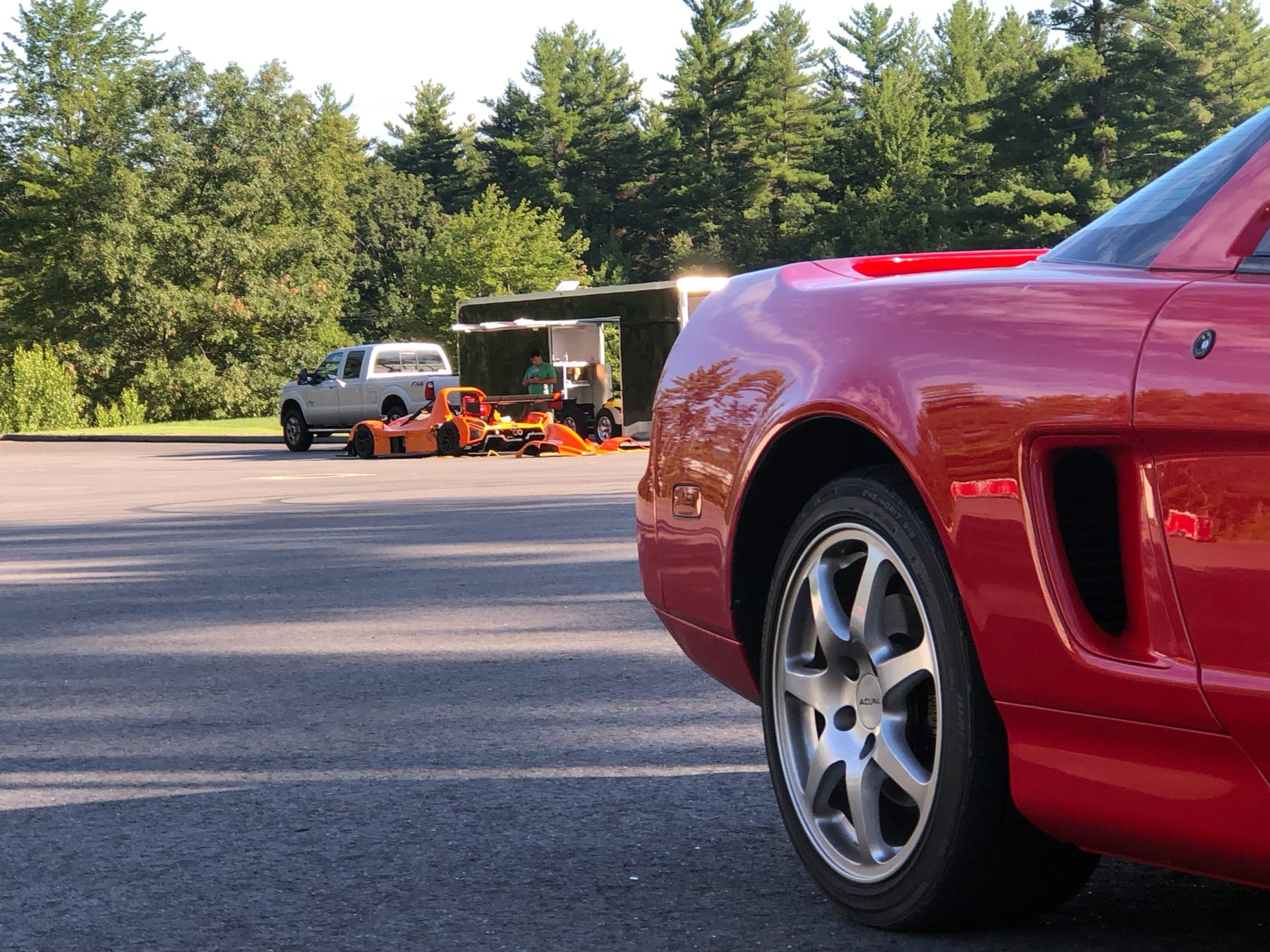 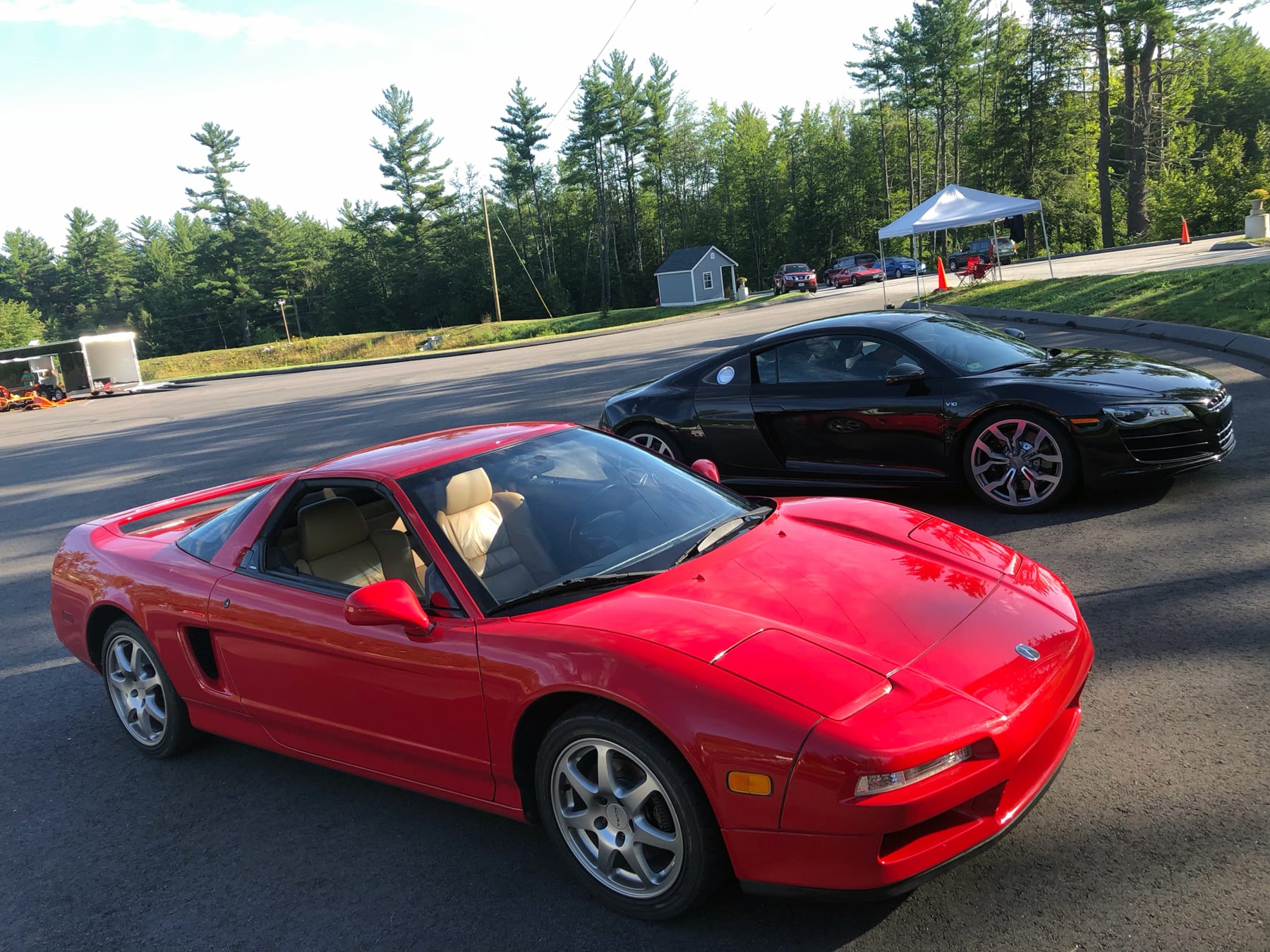 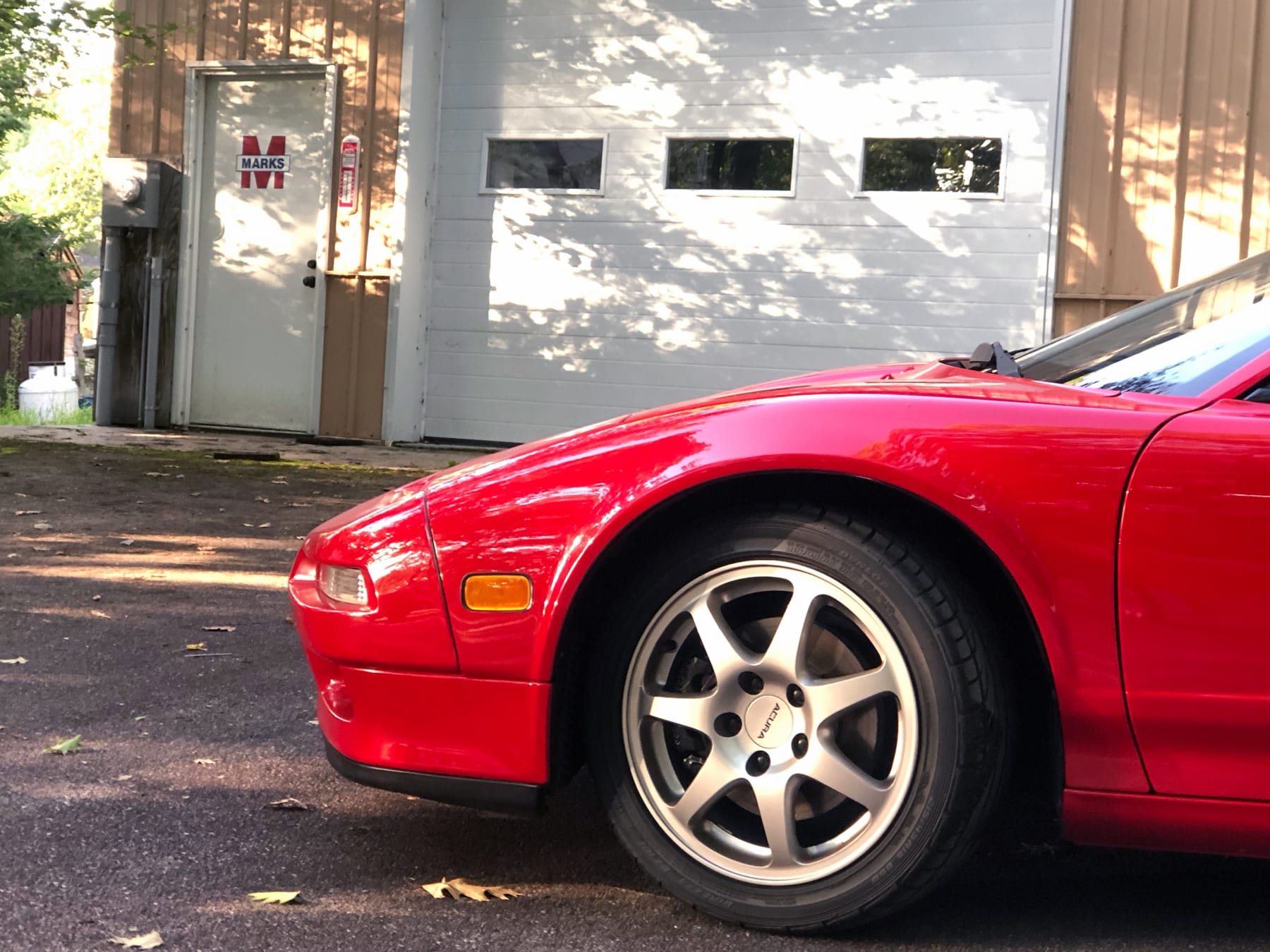 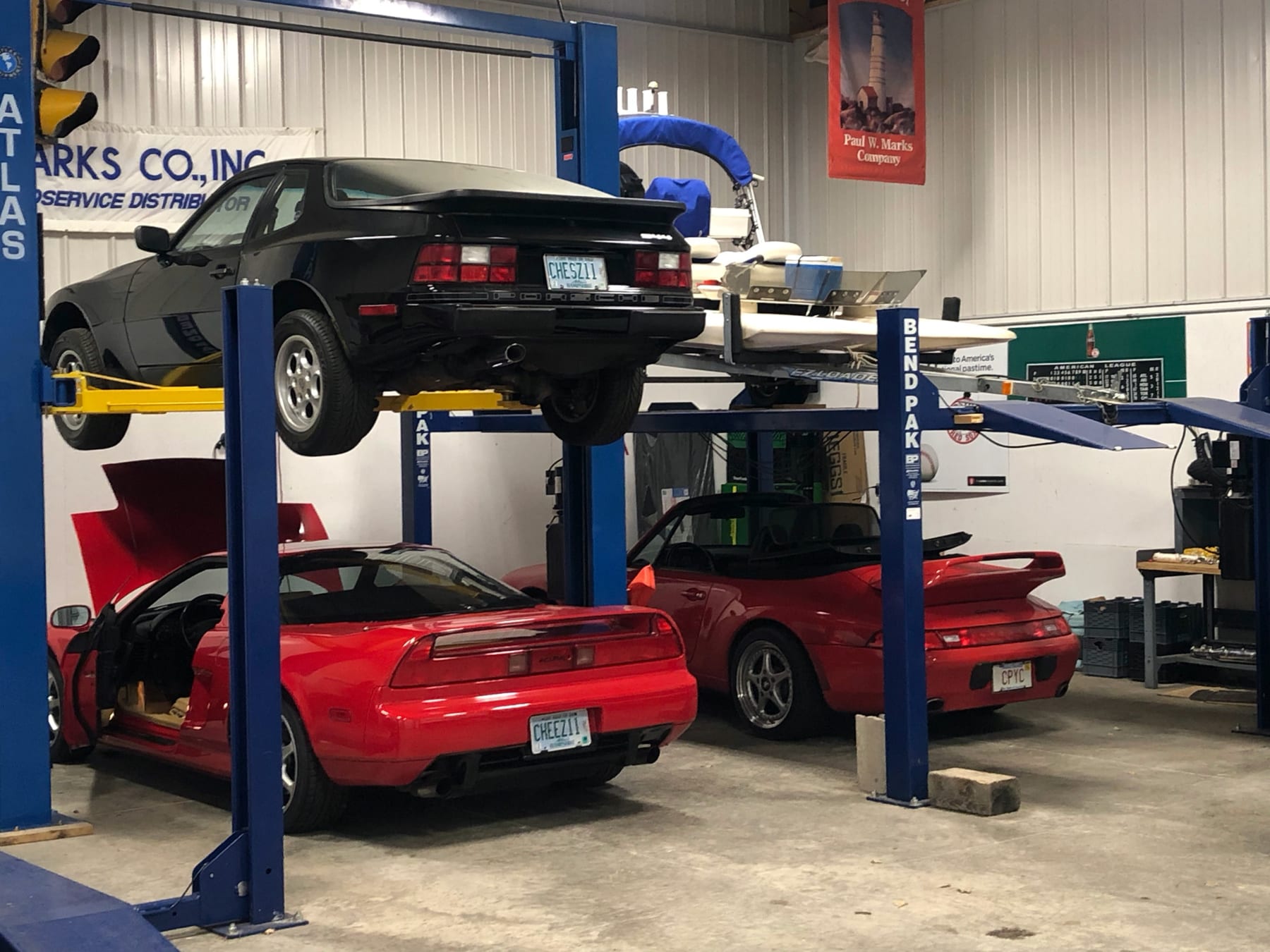 Thanks to my friends Paul and Brian for letting my drive the car, and thanks to Club Motorsports for letting me loose on your wonderful track!