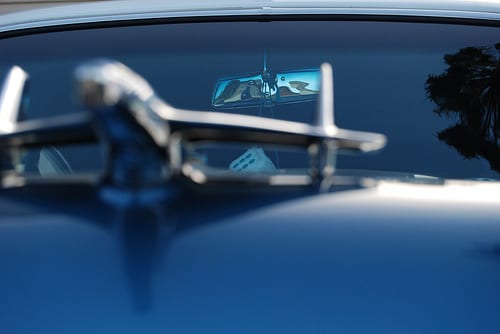 Huh? Don’t you mean Cars and Coffee Montrose? Yes and no. Cars and Coffee is a specific organization that’s responsible for a number of early-morning informal car shows around the county. Just not this one. The event that takes place at the United Artists Theater parking lot in what could either be called La Cañada Flintridge or Montrose was initiated by and informally put on by a group known as the Early Rodders (get it?). In order to properly give credit where credit’s due, from here on out we’re calling it the Early Rodders’ show. On to the cars. Aside from some missing headlight trim, this Corvair Corsa Convertible was perfect. I love these for being over-the-top different (unibody, rear-engined, air cooled, and turbocharged) from a company that went on to be super conservative. When shopping for my Falcon, I was considering a Corvairs as well. Just like the Falcon is handsomer than the Mustang, the second generation Corvair is much better looking than the Camaro. 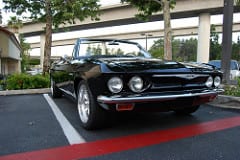 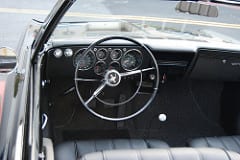 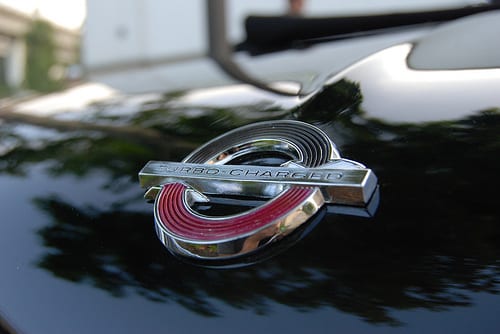 This bare-metal rod drew quite the crowd. A dual-plug flathead, bare-metal construction, leather hood straps and right hand drive conversion will do that for you. 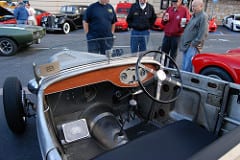 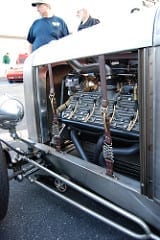 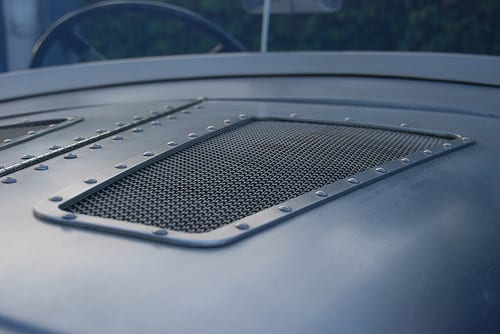 This Falcon would well by mine’s evil twin. It clearly just got back from the body shop, as the interior’s completely gutted with no windows or anything. Before the sun was out, we all thought it was black. With more light we realized it’s actually got a subtle dark cherry thing going on (that’s nearly impossible to photograph well). The Mustang GT 14″ wheels are a nice touch. 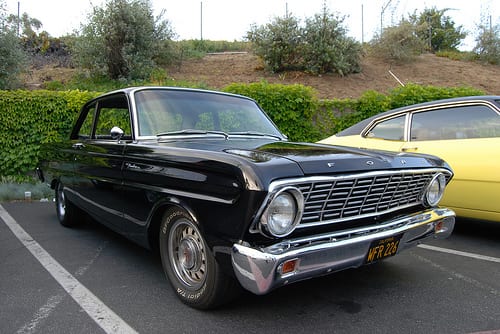 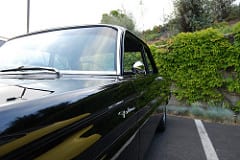 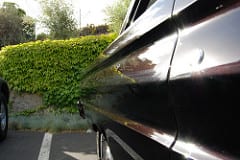 We kicked off this whole Hooniverse thing with a Bricklin. This orange testament to the value of manufacturing engineering could be yours for $13,500. 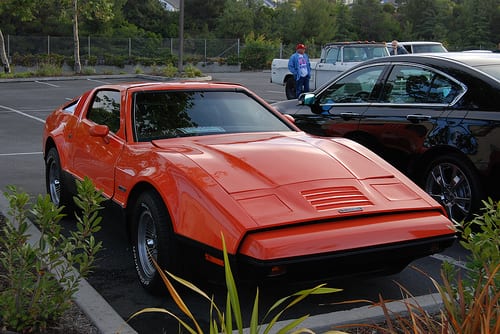 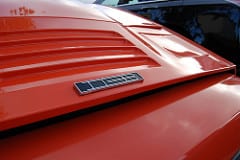 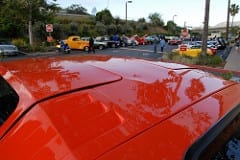 This Bel Air was easily my favorite car there. Crappy paint and semi-crappy interior coupled with a 409 + 4 speed combo. It’s got Torq Thrusts up front and slicks over steelies on the rear. Kinda has that “inherited from Grandpa” look to it. 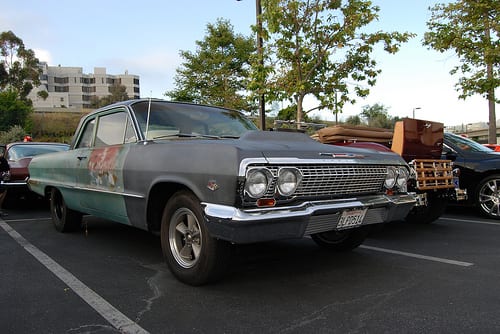 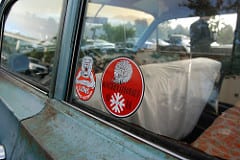 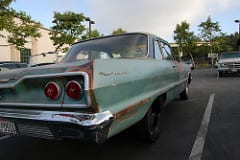 This Gran Torino’s got something funny going on. Things look stock under the hood, but the wheels, tires, stance and 6 speed stick suggest shenanigans are afoot. Cue racist cranky old man rants. 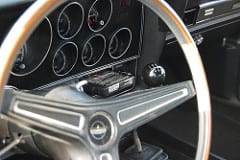 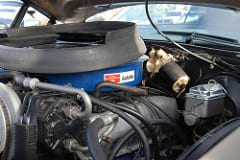 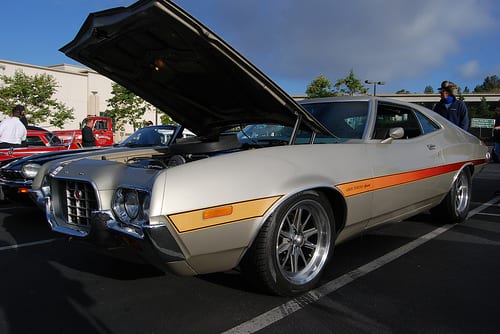 Galaxies are mostly black empty spaces. This one is no exception. Good thing it’s a drop-top, because that flat black is gonna get hot this summer. 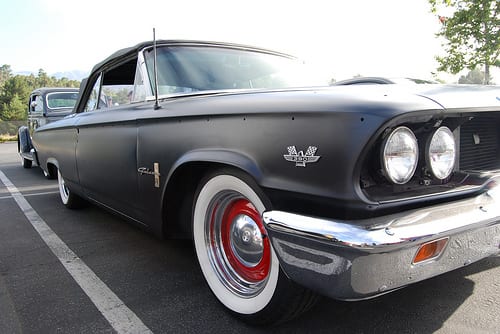 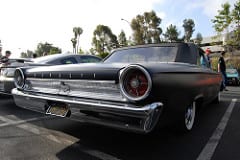 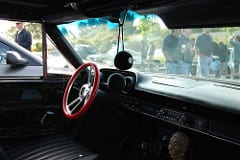 It’s still 5/10, so drink deeply of this gorgeous Datsun product with it’s “for race purpose only” 13″s and JDM tail lights. 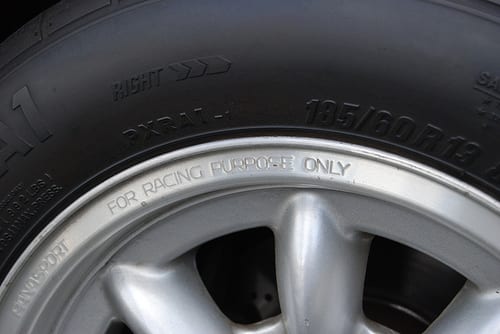 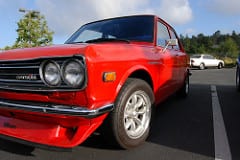 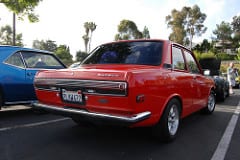 A crew of Viper people roped off a section of the lot and were holding some kind of “V10s Only” thing. Most showed up as we were on our way out. This first-gen caught our eyes and triggered my answer to today’s Hooniverse Asks. 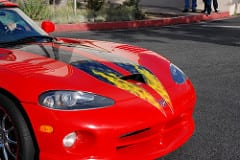 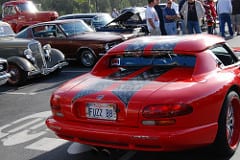 Opposite the Viper on any spectrum you can concoct was this Fiat 500. It sports some Abarth goodness in the engine bay and a sweet ragtop sun roof. 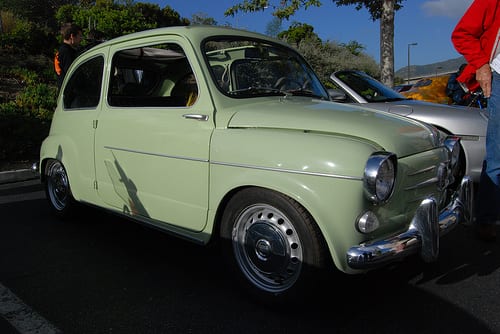 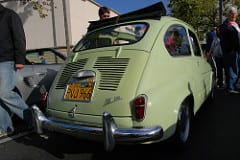 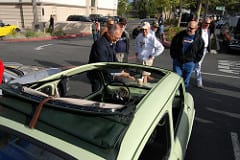 There are tons more pictures and cars to see in our flickr set, so head on over or check out the slideshow below.