This has been a long time in the making. Chevrolet has toyed with the idea of a mid-engined sports car for decades. There have been a trio of iconic test vehicles, all wearing the name CERV, which aimed to prove that a Corvette with an engine behind the driver was the right way forward. For the last seven generations of the Corvette, however, that never came to be. Chevy believes it’s taken the front-engine rear-drive sports car as far as it can go though, which is why we now have a brand-new Corvette and this one finally nails down the mid-engined magic.

The 2020 Chevrolet Corvette has arrived, and it’s one hell of an enticing package. 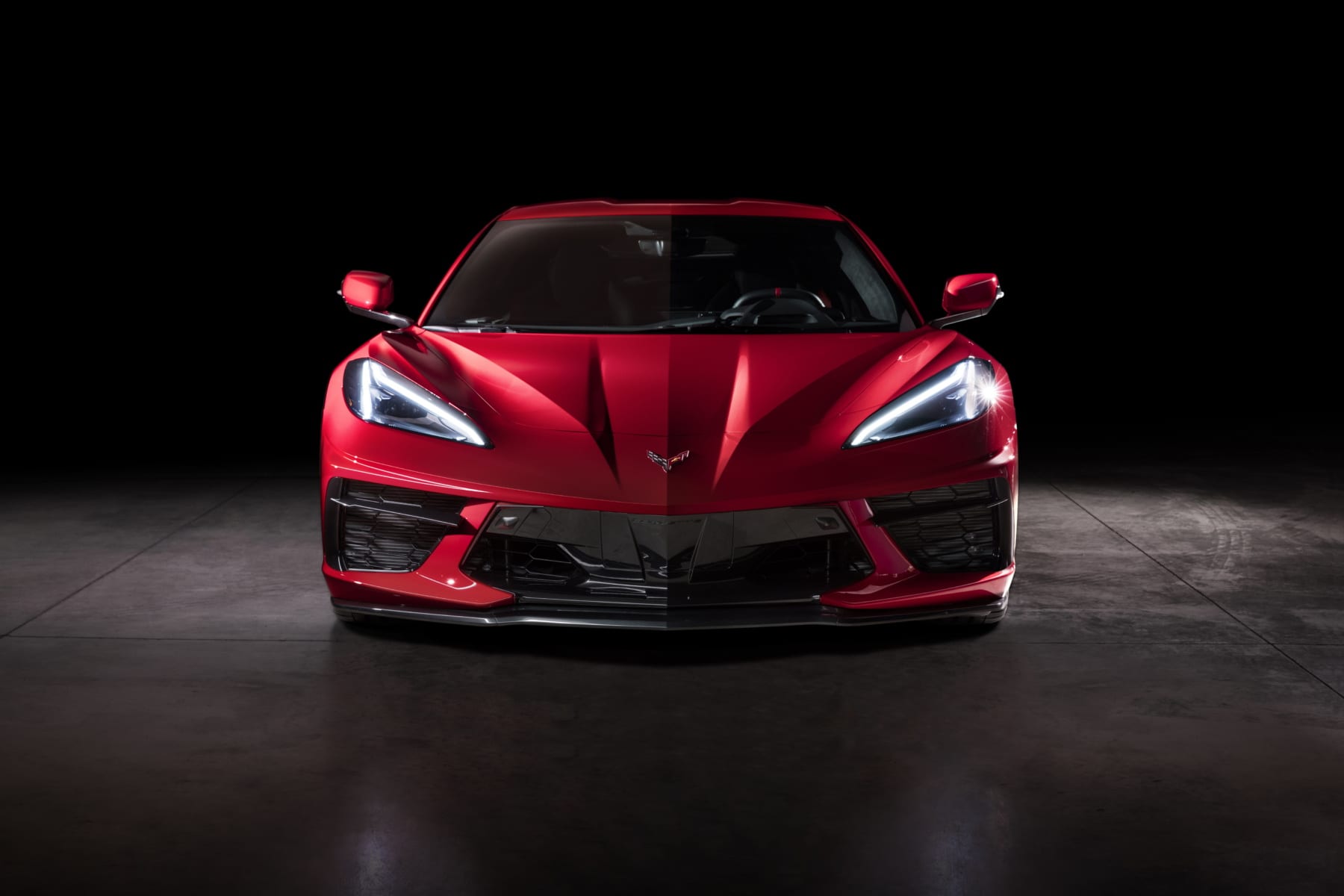 Despite moving the engine to the middle, the guts are otherwise mostly familiar. Behind the driver, you’ll find a 6.2-liter naturally aspirated V8 engine. It carries the designation LT2, and produces 495 horsepower and 470 pound-feet of torque. Those figures arrive when you fit the car with the Performance Exhaust, which is offered on the base car and in turn makes this the most powerful base Corvette ever offered. It’s also the fastest. Chevy says the C8 Stingray will make the 0-60 mile per hour dash in less than three seconds. That’s likely due to the Tremec-developed eight-speed dual-clutch gearbox, excellent weight distribution, and meaty 245-front/305-rear tire setup.

There’s no talk of a manual transmission. There’s no discussion of trims and more potent variations to come. But that’s fine for now, since it seems like the standard car is ready to party and party hard.

And it starts at a tick under $60,000. You’ll likely need to add a few grand for the Z51 package, of course, but the place shouldn’t skyrocket once you check that box. 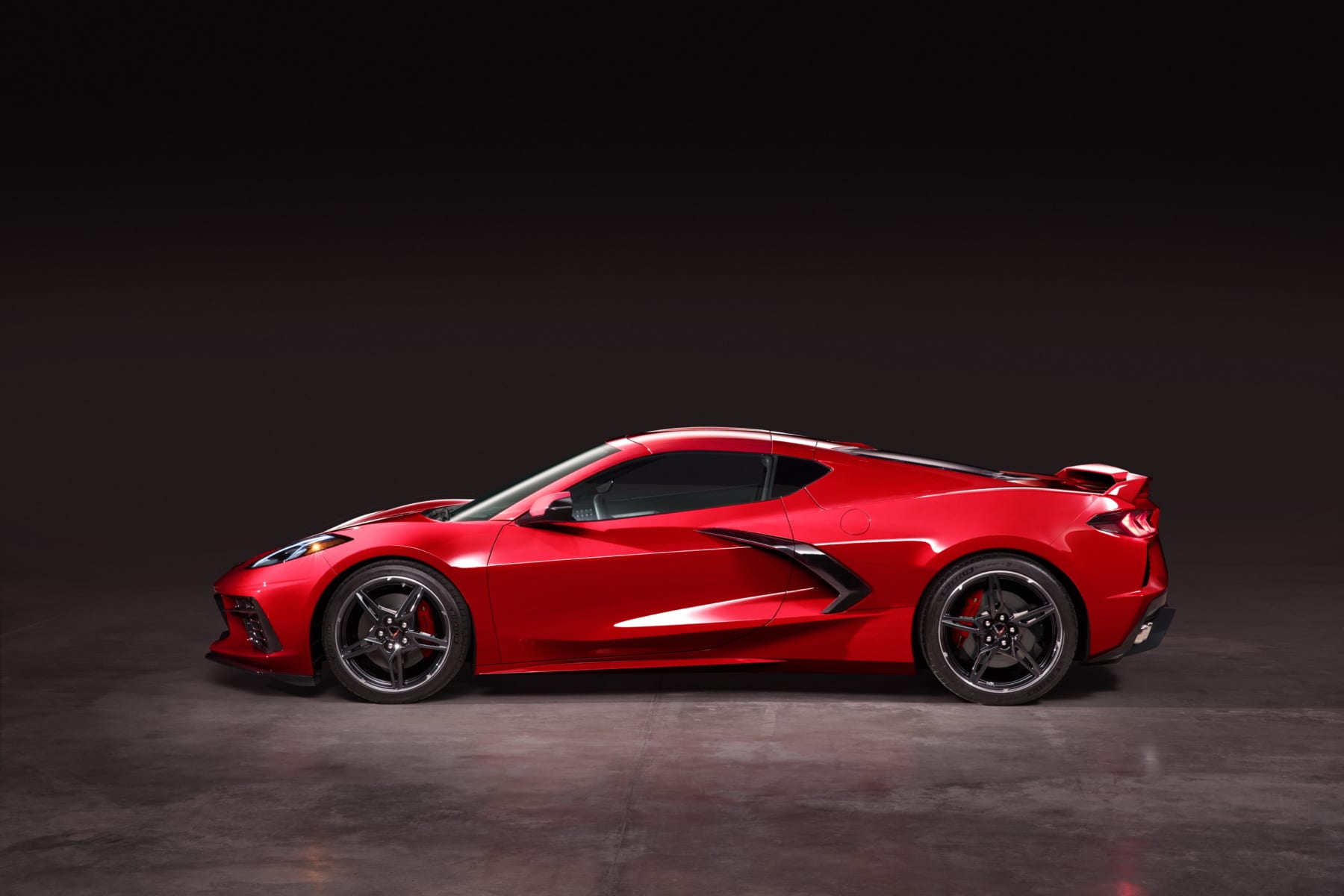 Chevy was wise to not stray too far from the style formula laid down by the C7. That car was a strong evolution over the past 6 generations and brought the car to a more modern place both inside and out. The C8 continues this idea but takes it to the next level. The nose and tail look like familiar territory for fans of the brand. It’s the direct profile shot where it looks the most changed. And I think it’s the least flattering angle of the car, but overall it’s a great looking machine. Especially when viewed from the rear three-quarter angle.

Inside, Chevy made the driver’s space incredibly driver focused. To a fault, perhaps. While the overall layout is intriguing, the row of buttons for climate controls is laid out in a long string running between driver and passenger. It’s an odd choice and certainly the weakest point of an otherwise strong interior. I’m not ready to cheer or jeer the steering wheel design quite yet, until I’ve had a chance to lay hands upon it while driving the car with an anger smile splayed across my face.

What else is there to know?

There’s a ton of aluminum and steel in the construction of the frame and chassis. There’s a fair bit of leather and suede in the cabin, and some more aluminum as well. That LT2 is still an overhead cam-design engine. At each corner you’ll find a set of Brembo brakes with four-piston front stoppers and two-piston rears. If you don’t opt for the Z51, you get Michelin all-seasons but, again you’ll want to step up here, the Z51 gets Pilot 4S tires.

Interestingly, there’s cargo space both front and rear here. Chevrolet devised an interesting rear trunk space that can swallow two golf bags. Or the roof, should you pry off the targa panel. In the nose, there’s a nice, deep frunk. Even more interesting, however, is the fact that this Corvette is going abroad and it will be fully prepped for right-hand-drive markets. This is a global Corvette. 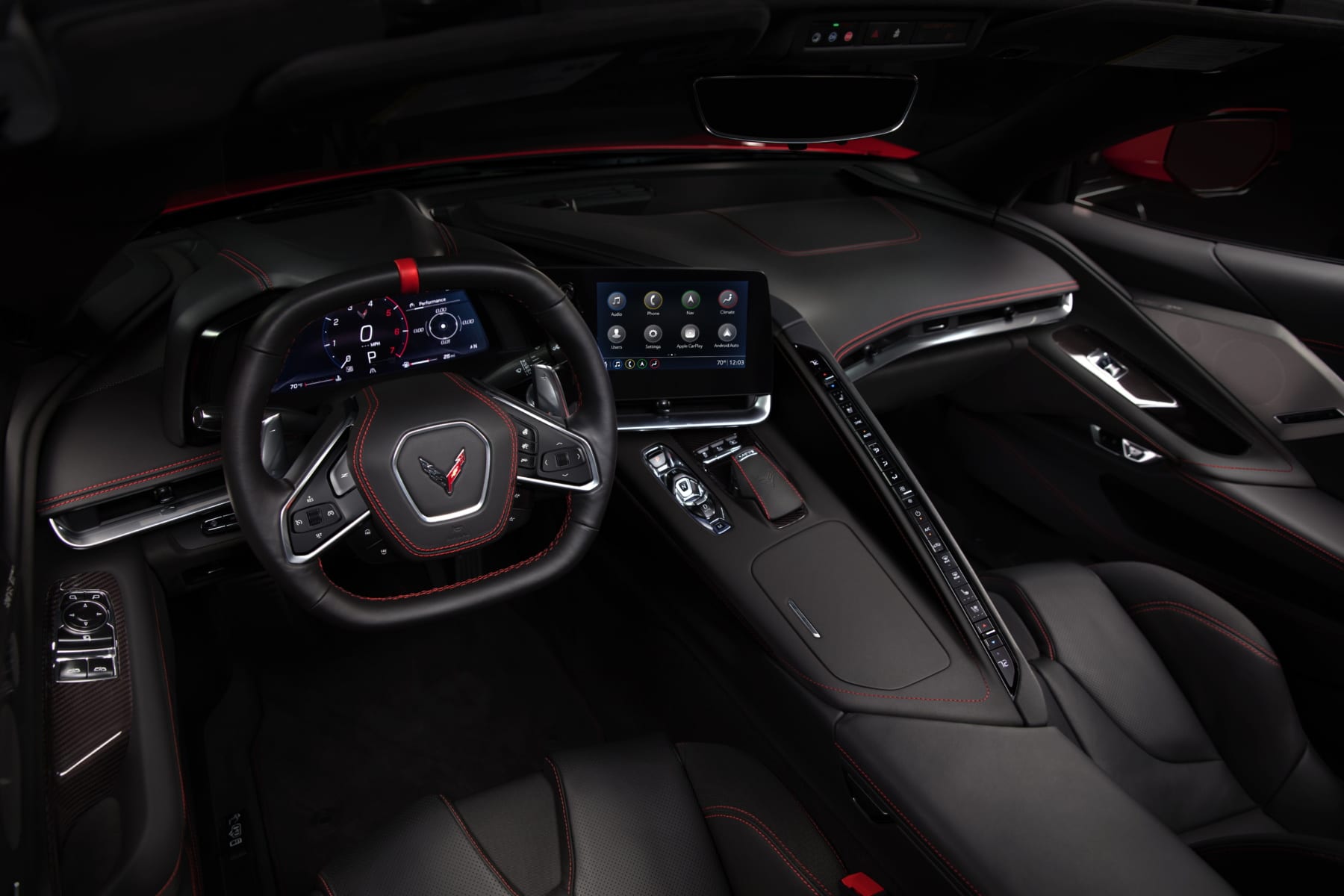 As we wind on through the summer, we hope to learn even more about what else is in store for the new Corvette. And eventually we want to get our hands on one to see what the C8 is all about. Our first impressions though, are positive. This could be one damn fine machine, and it sounds like you can get a thrilling version for well under the $100,000 mark. Hell, under the $80,000 mark even. We’d wager that a nicely equipped Z51 should land in the low $70k range.

That’s a serious amount of car for quite a bit less than we expected.