Tesla’s Cybertruck is the hottest thing of the moment. Talk of the town, matter of the moment, blah blah blah. Say what you will about the design, it’s unequivocally a game-changing vehicle in a segment desperate for diversification. There’s no doubt about it: the range, towing and acceleration are all spectacular. But as a pickup competing in the space in which it will, it needs to be able to handle itself as an off-roader as well. Inevitably there will be good and bad, so let’s break the Cybertruck down and look into how it might perform on the trail. 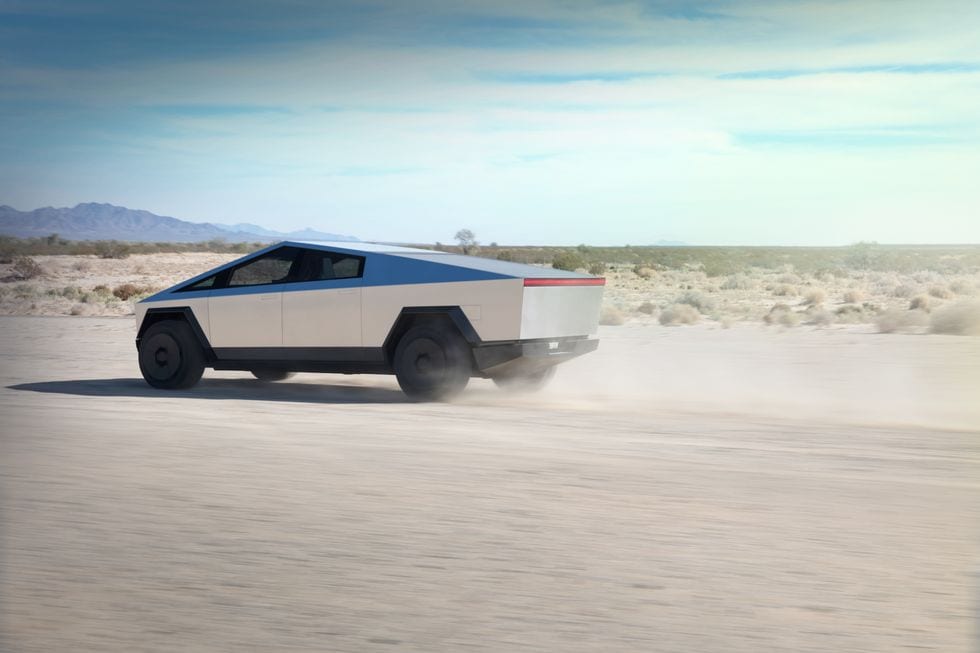 First, the good. Most important here, and one of the Cybertruck’s likely strongest merits, is the low center of gravity. In any situation off-road, a lower COG is better. This is especially true when in an off-camber obstacle or section of trail. Being that the truck’s batteries will be mounted low in the vehicle, the COG is likely to be very low as a result. This translates not only to a lower likelihood of the vehicle flipping over, but also to a better ability for the vehicle to put the power down. Those heavy batteries that get mounted down low? Excellent for weight distribution. And excellent for how it’ll do on the trail.

Next up is the power. Electric motors provide what is effectively instant torque. In off-road situations, the top of the powerband is very rarely used; it’s the low-end that’s the most important. Obviously the batteries and electric motors play in the Cybertruck’s favor here. With torque that’s even more accessible off idle than in the torque-heavy turbo-diesels, the Tesla will have the power needed to crawl and climb at the driver’s will. Hopefully they incorporate some kind of low gearing– or programming to account for or act as low gearing– to maximize the torque and its effectiveness on low-speed traction.

Then there’s the technology. Don’t be surprised to see endlessly adjustable suspension and power distribution. It would be nothing short of fantastic to be able to control the height of the suspension while on the trail. Doing so would allow the truck to play to its strengths in any terrain. Driving on fire roads at speed? Low setting works best. Rock crawling? Raise it to maximum height. And with electric motors at each corner, it would be even better to be able to control power distribution on the fly. All of us who have spent time off-roading have gotten stuck at some point, and many of us have been stuck in a way that would be remedied with a quick redirection or redistribution of where power is sent. Gaining this control– should Tesla offer it– would be incredible for sticky wheeling situations. And of course it should allow perfect 50/50 power distribution not just axle-to-axle, but across both wheels on each axle.

Last but certainly not least is the idea of off-roading in an electric vehicle. Now, I love the sound of a gasoline-powered engine as much as any enthusiast. But the prospect of cruising through the woods in silence would create a beautifully serene experience. Sure, you might sneak up on animals more so than before, but it would also allow you to immerse yourself even more in nature. 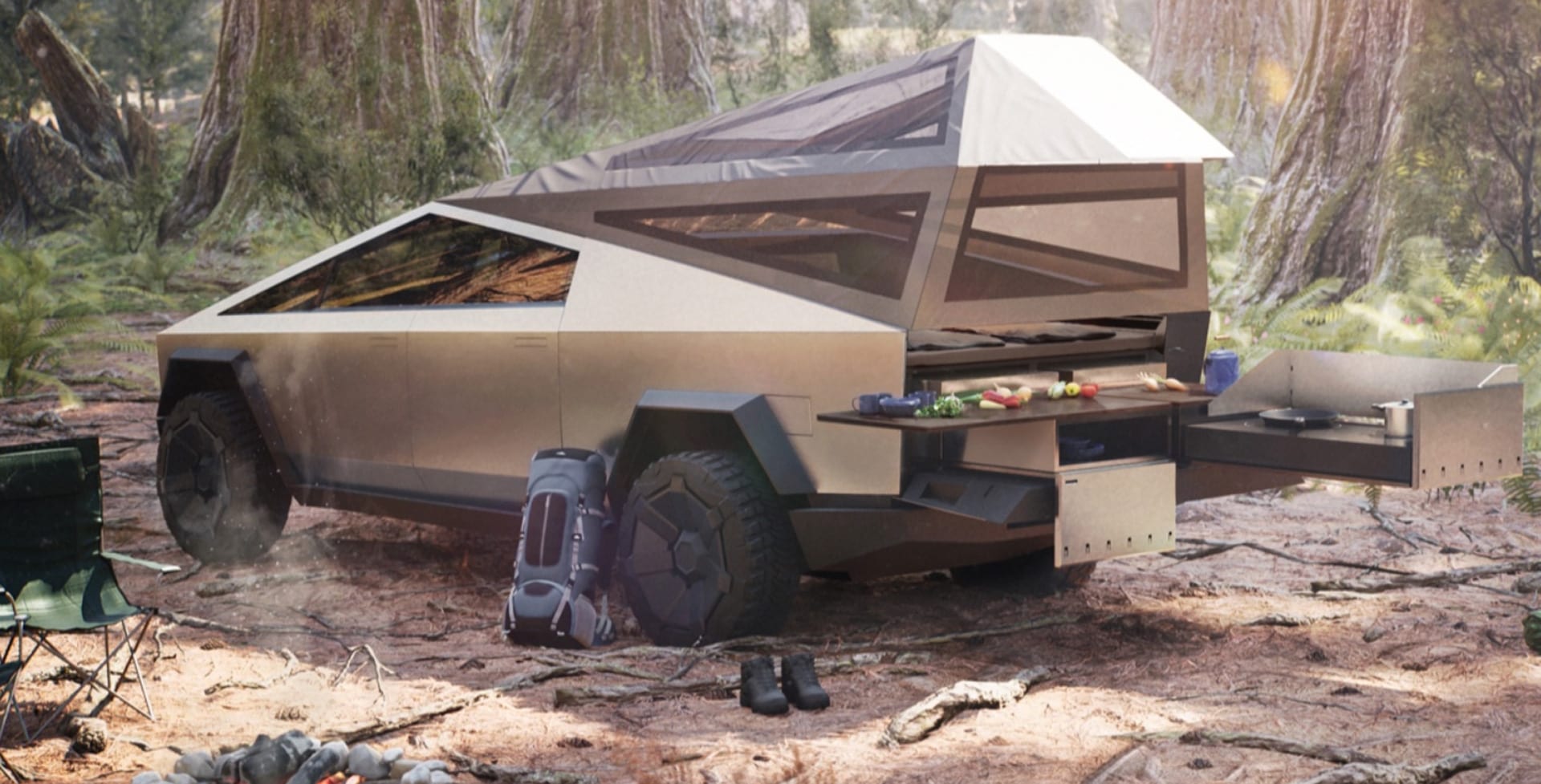 Obviously though there’s some bad when it comes to how the Cybertruck will fare on the trail. First is the weight: it will be heavy. There’s no doubt about that. And weight is the enemy here. It makes tackling obstacles harder in that mass doesn’t generally like to move up and over things. And it makes for greater difficulty in keeping traction when ascending or descending. Excessive weight is also is extremely difficult to deal with when off-camber, and is far more abusive on tires.

Then there’s the length. The truck itself is 231.7” long; for reference, a Gladiator stands 218” end-to-end. And as we know, the Gladiator’s limiting factor when wheeling is the truck’s breakover angle. We don’t have an exact wheelbase measurement for the Cybertruck yet, but just by looking at it we know it’s going to be lengthy. There’s simply a ton of space between the axles; as a result, when coming over a crest (or rock) the belly of the truck will inevitably drag. Whether it then gets hung up or results in high-centering the vehicle, neither is good.

Last is the range. How far the Cybertruck can go on a charge when crawling at low speeds in taxing situations is very much yet to be seen, but the range is something to keep an eye on. That’s because, much like when on the street, you can’t just empty a five-gallon jerry-can into the tank and continue on slowly until you find a filling station. It’s something that owners will absolutely have to keep in mind should they not want to be stranded out in the woods. The incorporation of solar panels may just be crucial.

Let’s face it: few people actually use full-size pickups for off-roading. But with the Cybertruck opening up an entirely new world of truck, it’s likely that owners will push the boundaries a bit. Tesla’s first truck is a mixed bag when it comes to its wheeling merits, but the same can be said for most of what Tesla has done thus far. I look forward to seeing them on the street, and welcome them to give the trails a shot as well. Now, about that electric ATV… 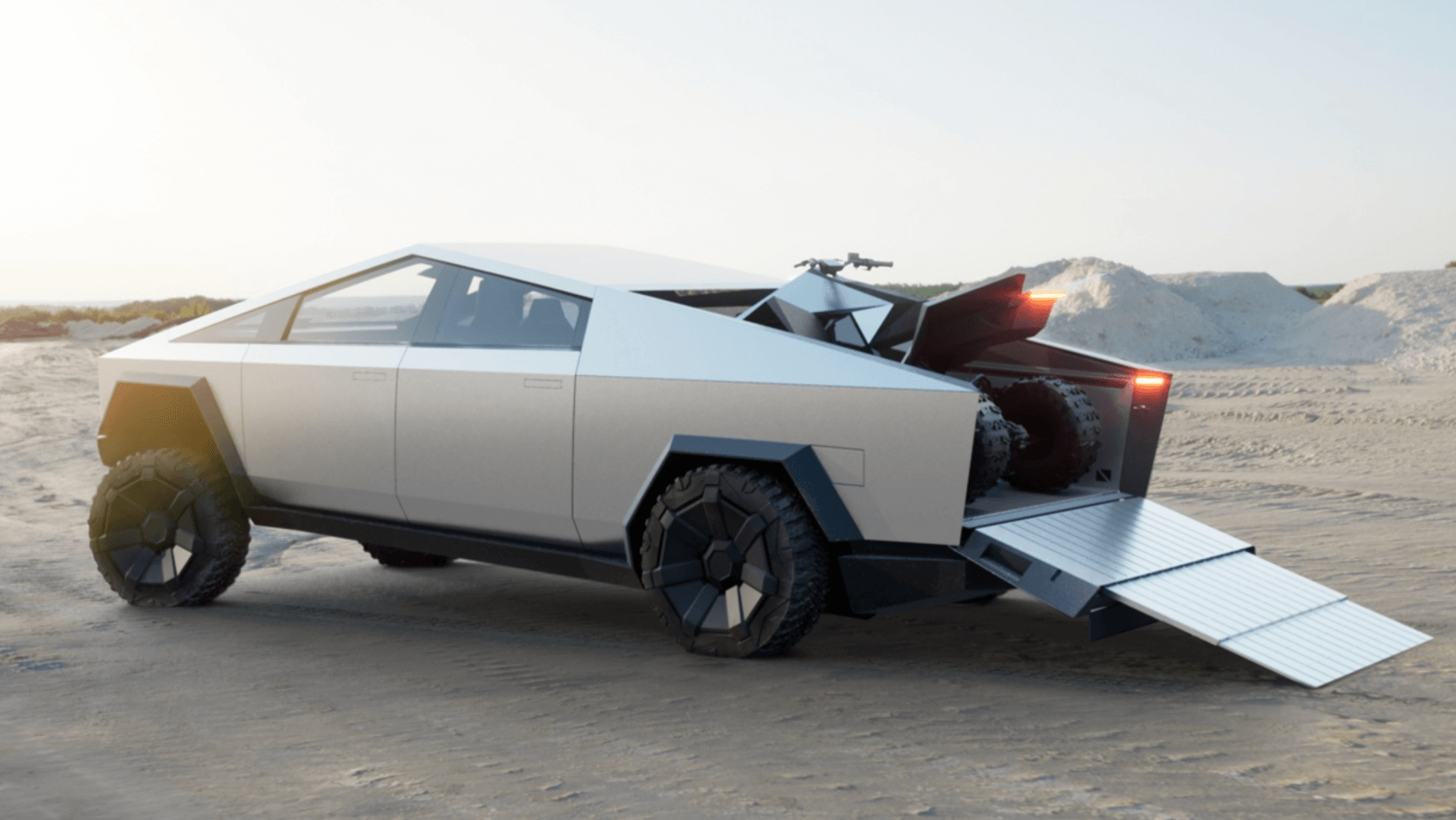