If I were to glance at Maslow’s Hierarchy of Needs, I would understand that I am lacking in many things: stability, financial success, emotional maturity within relationships, a thorough understanding of Maslov’s Hierarchy of Needs. But one thing I do not lack is self-awareness. And in this case, such self-awarenss manifests in this convoluted and roundabout way of acknowledging that I post way too goddamn much about Saabs.

But how can I help myself? I am enamored with this thing, this semi-obscure hunk of 35-year old pig iron from its oddly-named ancestral home of Trollhättan (and don’t forget the ümläüts). A rarity against the Volvo 240s and even the 9000s that might saunter across Burlington, Vermont. A nerd’s car, even among car nerds. Steeped in Internet-addled irony and a genuine, hard-to-fathom goodness. It has history: paperwork, receipts, detective-like documentation. It has crude line drawings in the owner’s manual from the first owner’s kids. It drives better than any car with 302,000 miles (yes!) should. It helped me move. It accompanied me on first and last dates. It brought me to New York on a phantom wave of BOOOOST. It only broke down once. 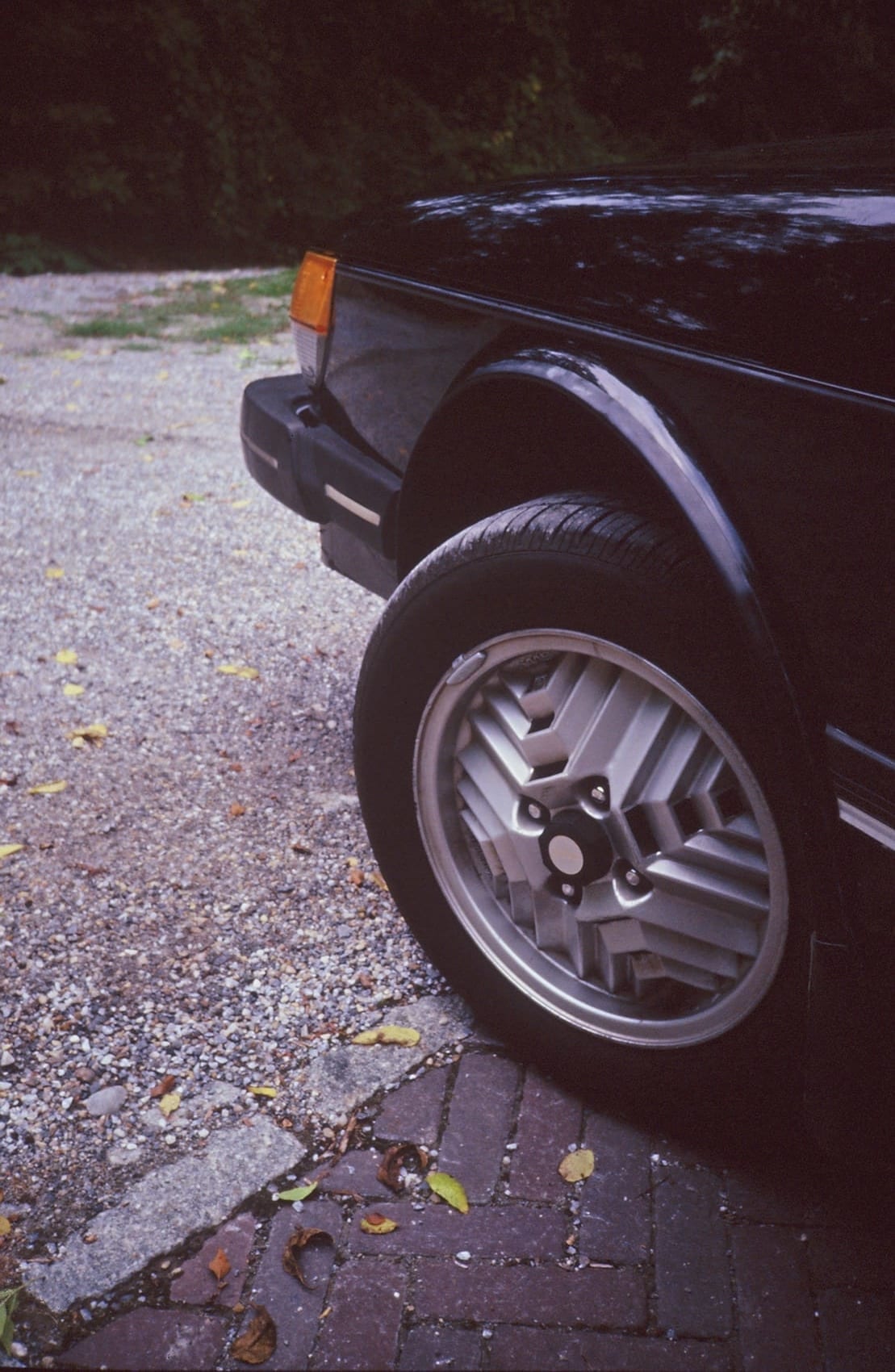 I can credit one obscure cultural reference with this obsession. It is the solo album of Peter Hughes, the sharp-dressed bassist for The Mountain Goats, titled “Fangio,” the lyrics of which describe the titular “five-time Formula One World Champion and Argentine folk hero Juan Manuel Fangio piloting a SAAB 900 Turbo SPG across the Andes mountains on a covert mission to assassinate Chilean dictator Augusto Pinochet.”

With Borgesian magic and Camus’s exestentialism, layered above the heavy and chaotic beats of a New Order b-side, Hughes crafted the perfect soundtrack to those sweeping state highways that run the north-south length of Vermont, where every corner unfolds around a lake and a long-abandoned country store, where the fog spreads low and thick like yellow cake mix, where you can peer through skinny trees into blackness and make out the faint outlines of ghosts.

And whenever I try to explain it to people, even fellow Saab nerds, I point to the most enthusiastic retelling of the album’s concept via Hooniverse. “Ovid described dreams (oneiroi) as the thousand sons of Hypnos, the embodiment of sleep,” writes Alex Kierstein. “Of the Oneiroi, Morpheus brings forth dreams of people, Phobetor of animals, and Phantasos of the natural world.” 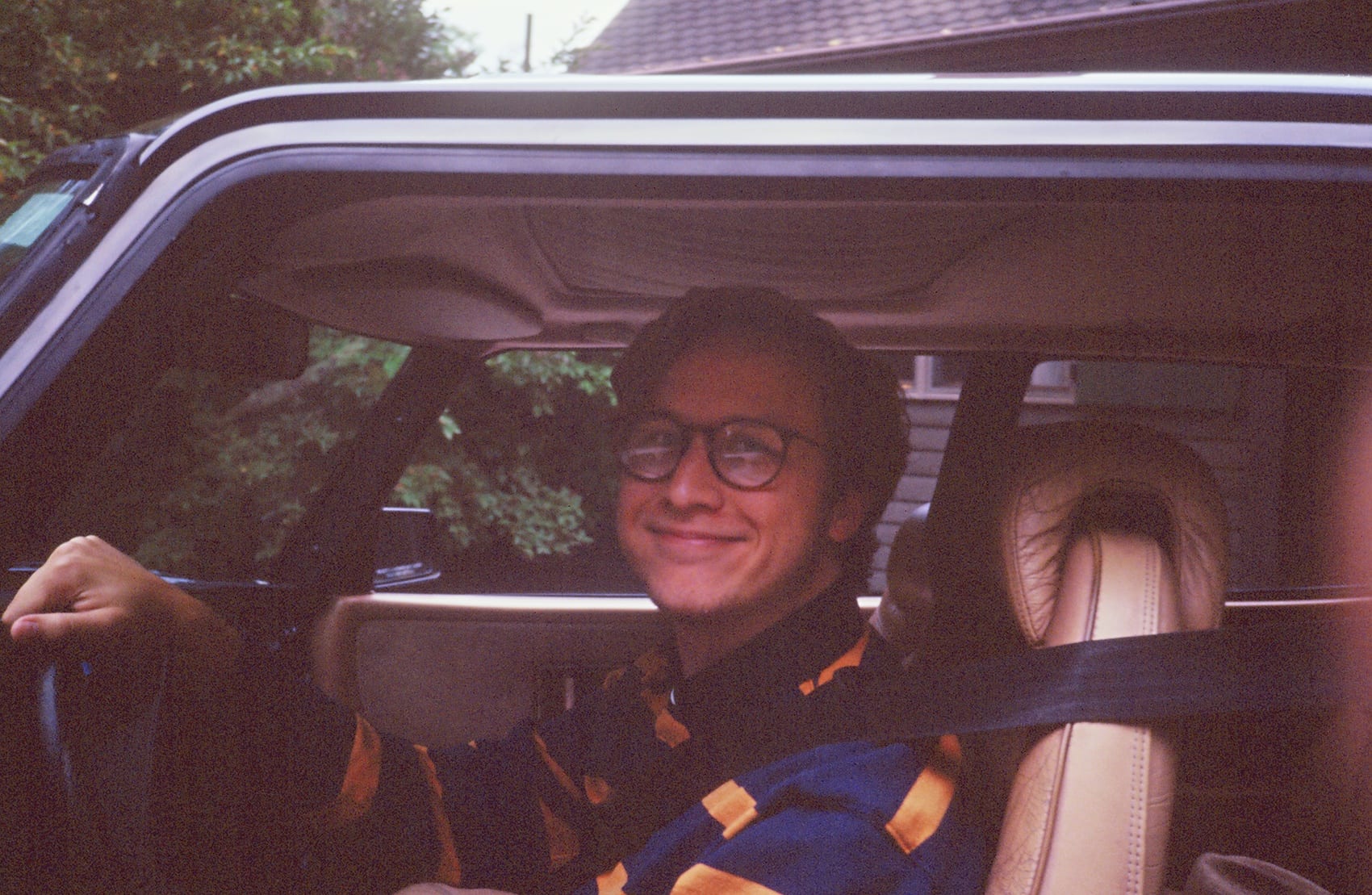 Hooniverse was, and remains today, the manifestation of all of our car nerdery subconsciouses: where you can get away with waxing nostalgia on weird space limousine art cars, Ford brochures on Eighties floppy disks, and racing the 24 Hours of Lemons in what was then the oldest car ever entered, a 1963 Corvair sedan. (Sadly all of the links have been swallowed by the very sinkhole that ate all of those Corvettes.) It was late-2000s Internet culture at its most wholesome and welcoming. It’s heartening to see how its survivors have gone on to bigger and better things. Alex Kierstein is now a big shot at Autoblog. Jim Yu got rid of his Saab, which is a blessing, as well as his Phaetons. Jonny Lieberman has more Delta Skymiles than any living human alive. And Jeff Glucker, who has put his heart and soul into it, exemplifies the idea that we who have achieved success must do all in our power to help those who haven’t.

Look, it hasn’t been easy. Ten years has treated Hooniverse a lot better than some of my best friends and journalists in this industry. Turn something you love into a career and you risk loathing exactly that. But it is all rebirth, it will never end, evolve or die.

It is dangerous to be so wrapped up in mechanical sympathies; listen to old episodes of the Hooniverse Podcast and you’ll see that. But the part of all our enthusiasms—the part that can’t help but ooze out of every inch of skin, that lights up the circuits in our brain so brightly we can see it in each other’s eyes—has to go somewhere, or we may as well explode. Hooniverse has always been exactly that place.