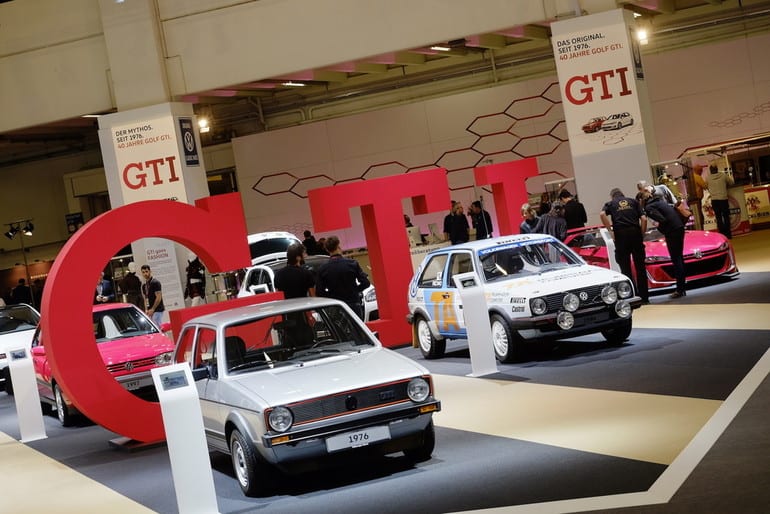 Volkswagen’s stand at Techno Classica was expectedly GTI-heavy, as they celebrated the Golf GTI’s 40th anniversary. The ’76 GTI was represented by a Dutch example, the very first GTI to be registered in that country. It wasn’t nannied, but served as a dealership demo car and ended up in the need of complete restoration – that was done over a two-year period, and reportedly performed using parts made available by Volkswagen’s Classic Parts department. Can’t have come cheap. 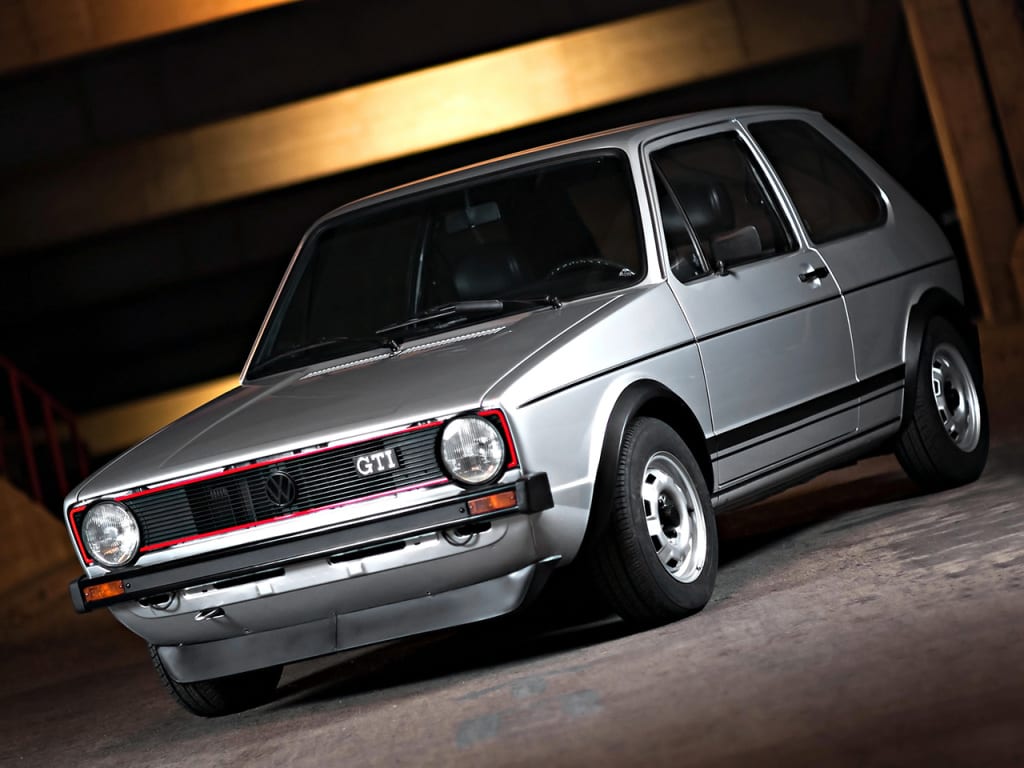 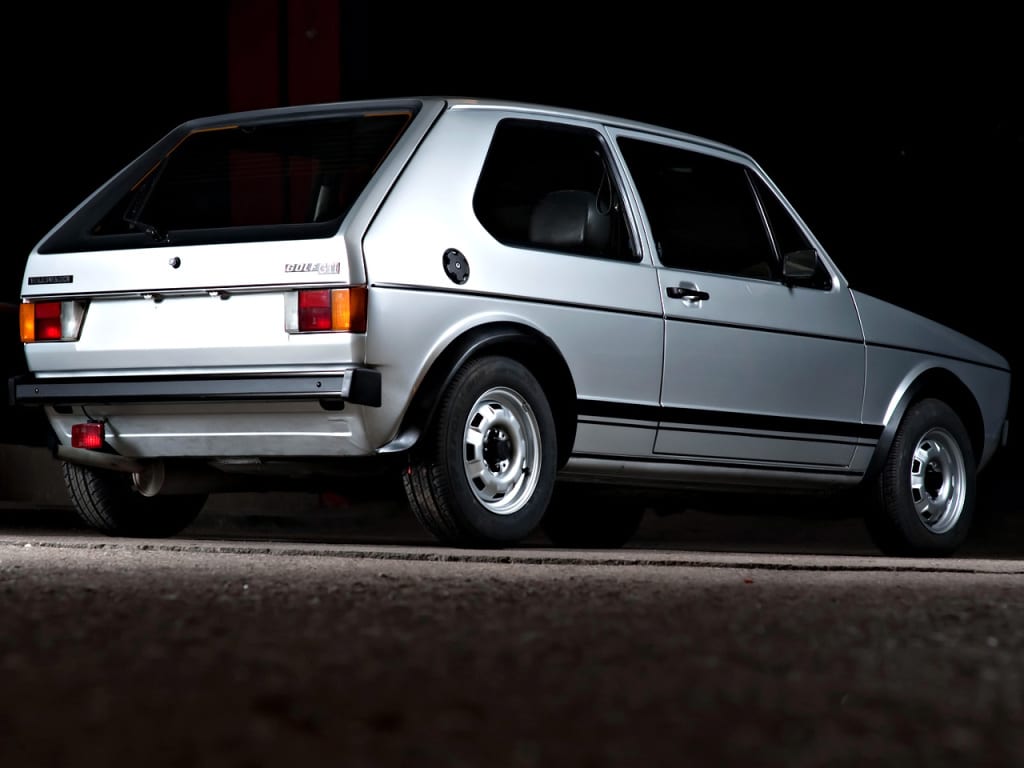 A GTI like this looks so very simple and light, and the silver colour just emphasises that. 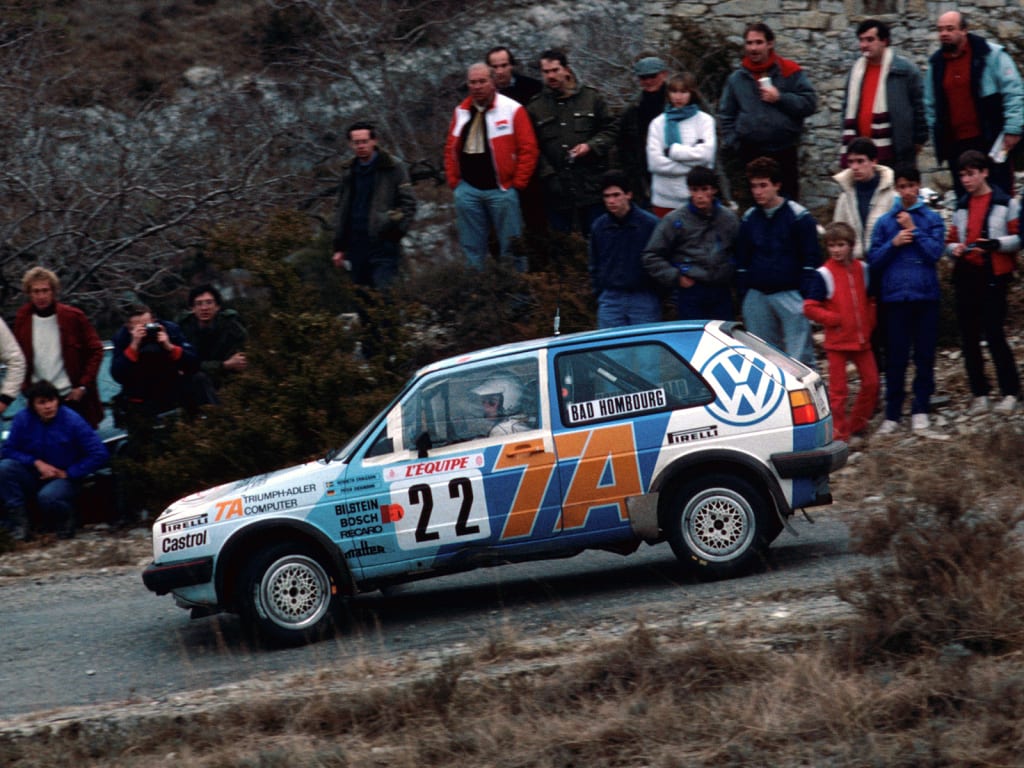 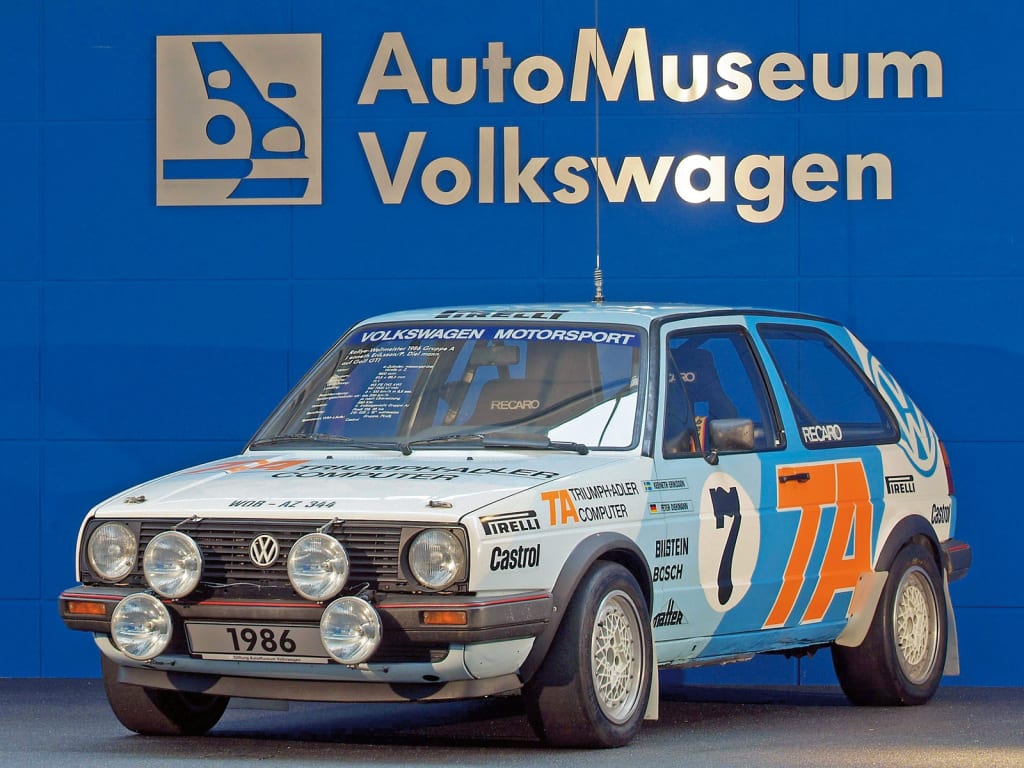 As for the second generation GTI, Volkswagen wheeled out a rally car from a decade later. Great colour scheme, and if the front bumper sags, it’s probably because of all those floodlights! 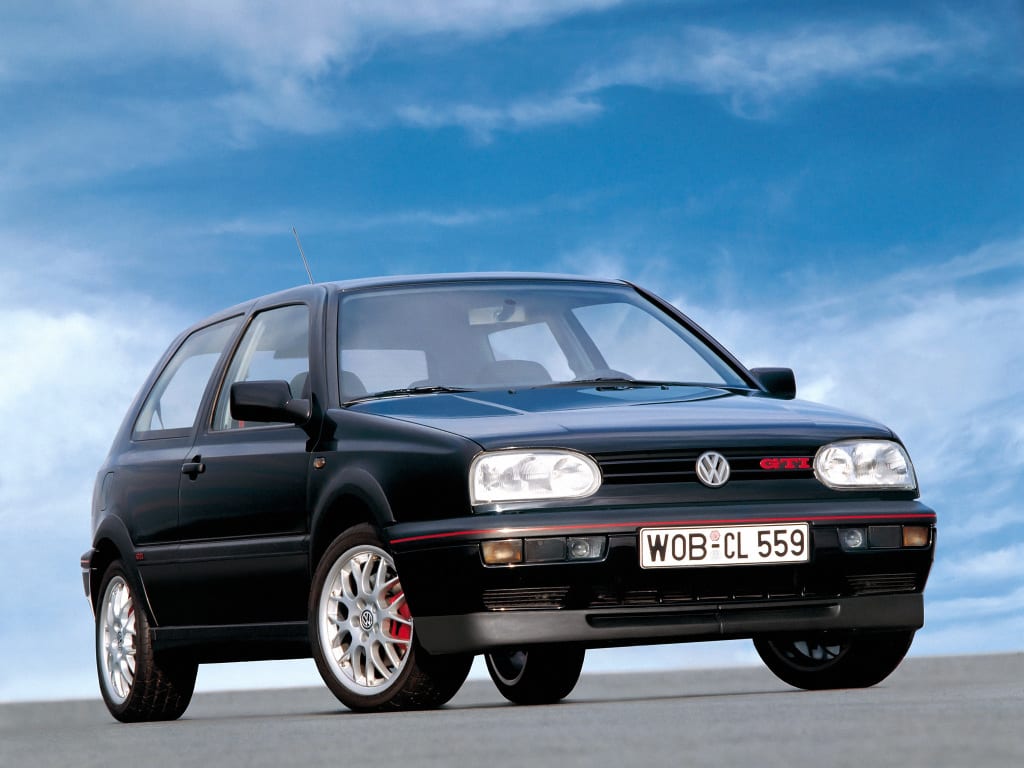 This is the image VW used to note the Mk3’s representation at Techno Classica, and the car at the show was a 110-horsepower TDI version with GTI trim. Quote unquote:

On the 20th anniversary of the GTI, Volkswagen surprised the GTI fan base with a special edition – and with a particularly sporty direct-injection diesel. This four-cylinder TDI was the most powerful of its kind at the time and delivered 110 horsepower in the GTI – exactly the same as the original Golf GTI. The special edition remained in the line-up until 1997 and was reminiscent of the original GTI with its numerous equipment details. 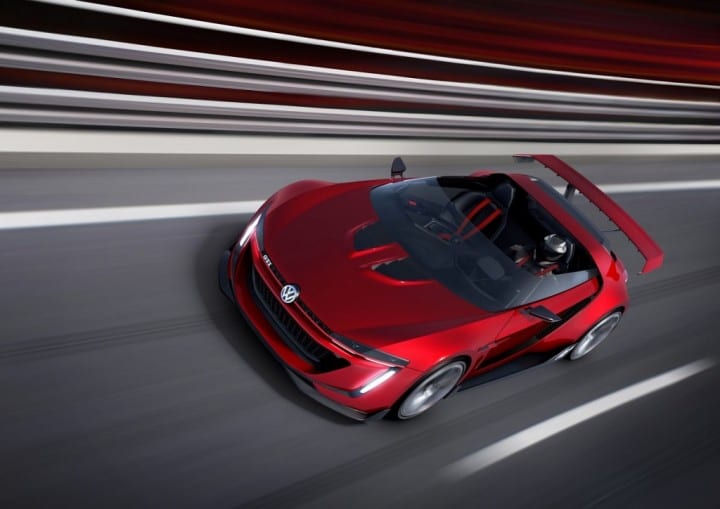 And I guess you can see a lot of the current Golf face in this GTI Roadster Vision Gran Turismo, that also made it to the show. It’s come amazingly far from the 1976 Golf GTI.