Talk us out of adding another wagon to the family

If I hadn’t been late to class today, I might not have stopped to see this decently well preserved example of a 1993 Honda Accord LX Wagon. According to the flyer provided, the car is a second owner vehicle. It’s equipped with the 2.2 liter four-cylinder engine paired to one of Honda’s four speed automatics. While the paint isn’t in the best condition, and the bodywork dented in a few places, the interior is pristine. In this second imaged you can see the cargo net still hanging behind the second row. 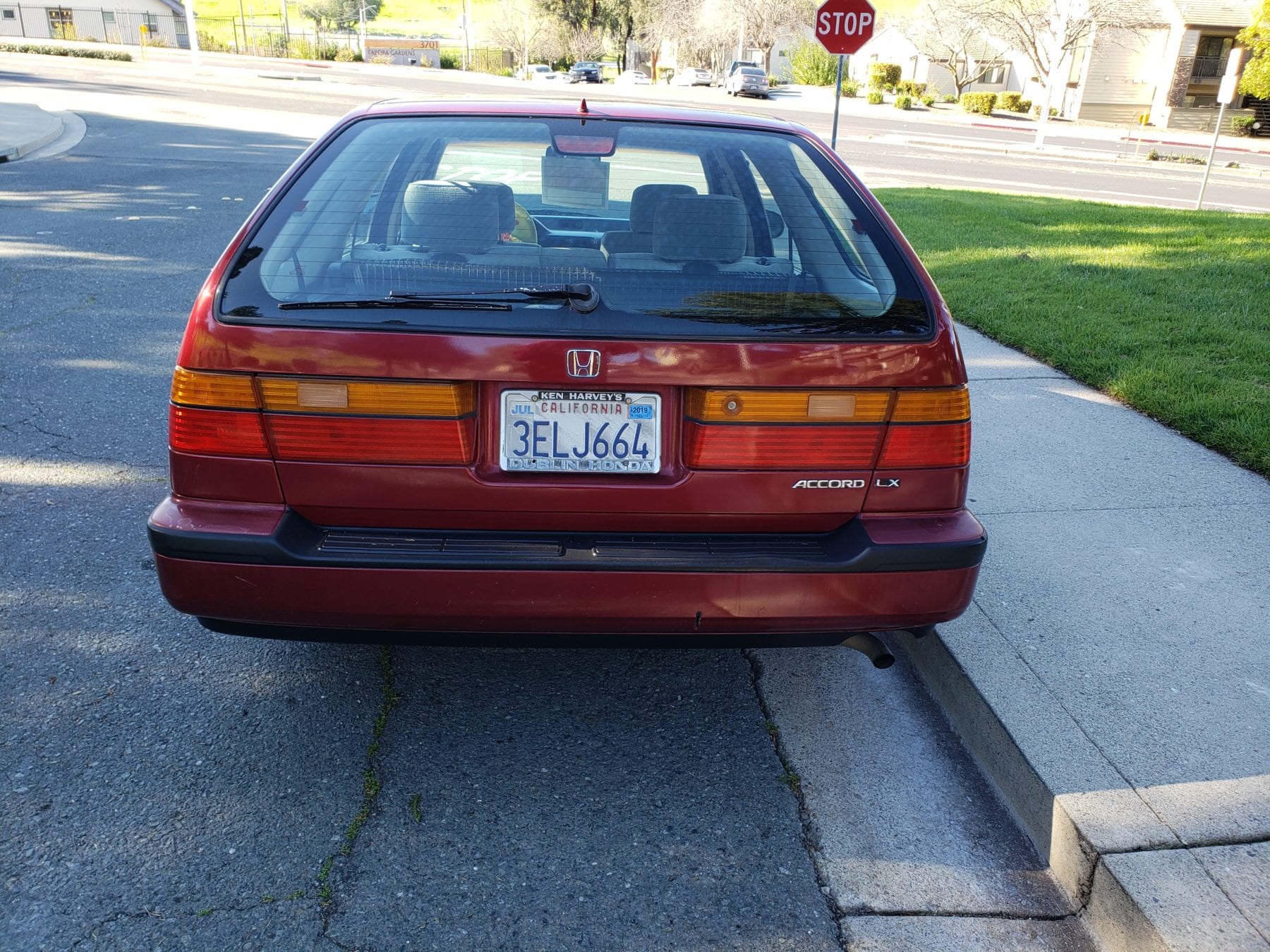 While I’d love to own the wagon myself, I’d really be picking it up for my girlfriend who has had her eyes on wagons since we met. Currently she’s moving around town in a 1997 Accord LX sedan, which isn’t in much worse condition, but simply does not have the utility of a wagon. This car, which sits at a similar power level of 125 hardworking horses, would also be perfect for the move we plan to take before transferring to CSU Long Beach. Between my Volvo 850R and what could be the new to her wagon, we could likely pack all we have and move down south. 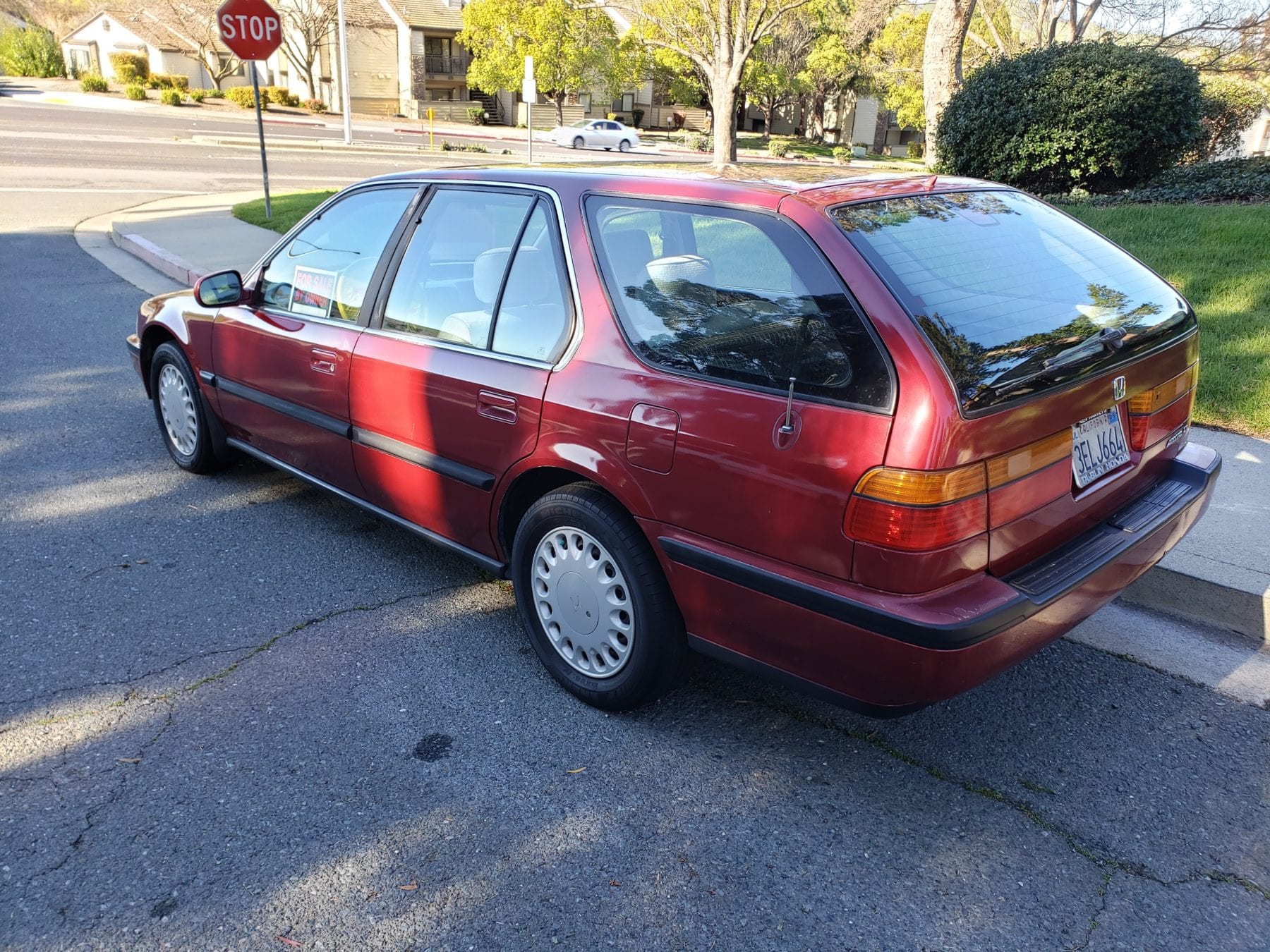 Not only is the practicality a hit, but this car would surely clean up well for RADwood. The flyer also notes well working air conditioning and heating, up-to-date registration, smog certification, and working power locks and windows. What more could you want? I managed to pop my phone underneath to snap some pictures and the oil pan seems dryer than expected. The other seals and bushings aren’t too beat up either. I’ll certainly be giving the owner a call and the car a shakedown to see if the asking price of $2,950 is workable with whatever mileage the car has. 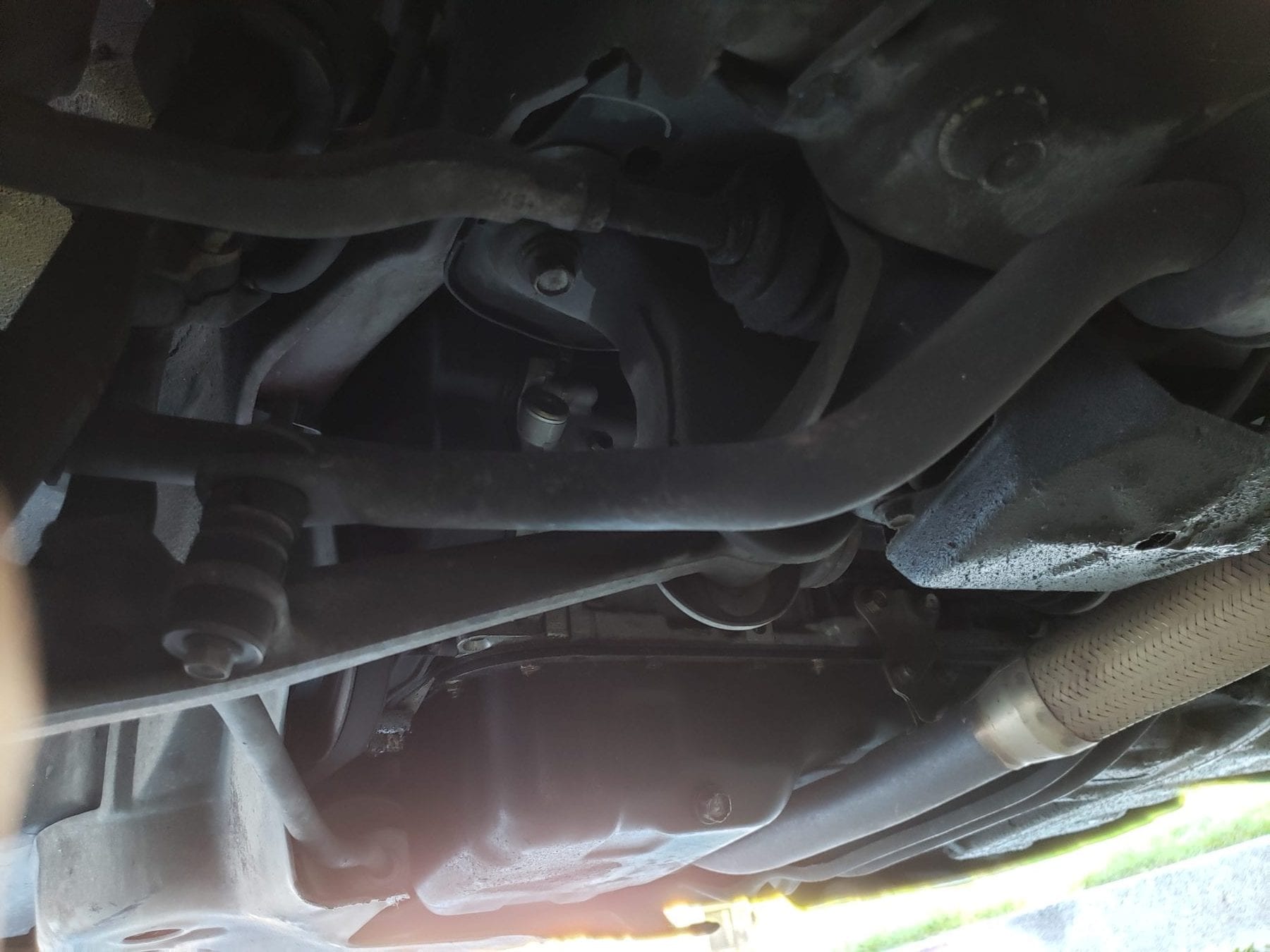