On the Mopar scale, the six-cylinder Duster ranks somewhere closer to Dodge Neon than ’68 Charger. Sure, there are cool Dusters out there, but a bog-standard six-banger may be viewed with rose-colored glasses. It’s intriguing today, sure, but nothing about which you should get too excited. Still, there’s something about this Duster that has me interested. 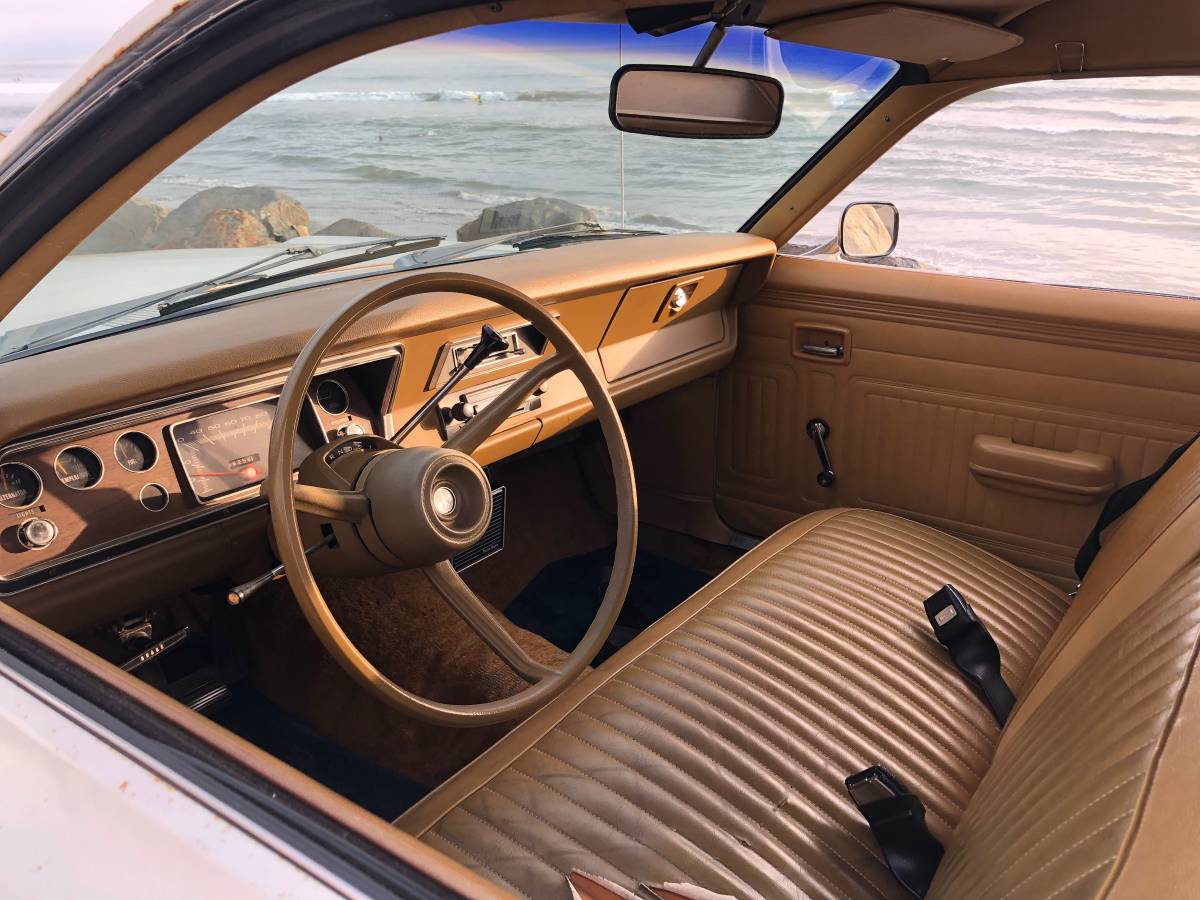 This is a 1973 Plymouth Duster located near Oceanside, California. It was apparently built at a plant in California, but the Maywood assembly plant referenced in the actually shut down in 1971. Regardless, the listing goes on to say the current seller is the second owner and this Duster has lived its whole life out here on the West side.

The odometer reads 126,000 miles. The paint looks strong. And the interior , minus those rips you can see at the bottom of the pic above, seems to be in great shape. I’m not sure I’d want to pay $8,900 for a Duster with a straight six. But this one does look oddly enticing. I’m not really sure why, to be honest.

Would it be wrong to try to get this for a bit under asking, then swap in something more robust? You could certainly drive it as is, make sure you swap on some better breathing exhaust, and have a sweet old-school ride.

Check out the ad here: 1973 Plymouth Duster for sale