Scenes from a road trip: Family time and the Audi Q8

It’s a weekend I look forward to ever year. Towards the end of August, my closest friends make a familiar pilgrimage to a lake house in New Hampshire. It’s there where we drink far too much alcohol, eat way too much food, and laugh way too hard. This year, my wife and kid flew in just as that weekend came to close and we tacked on a week of great family time. Our ride for my duration of the trip? Audi’s latest flagship crossover; the Q8.

Shaking off the fog that comes with a redeye flight, I left Logan Airport and shuffled to my father’s driveway in Winthrop, Massachusetts. The Audi Q8, finished in crisp white paint work, was waiting for me. The rear swallowed my bags easily, with plenty of room left for the luggage of my wife and daughter, which would arrive in four days time. Before they get to the East Coast though, it’s time for general shenanigans. 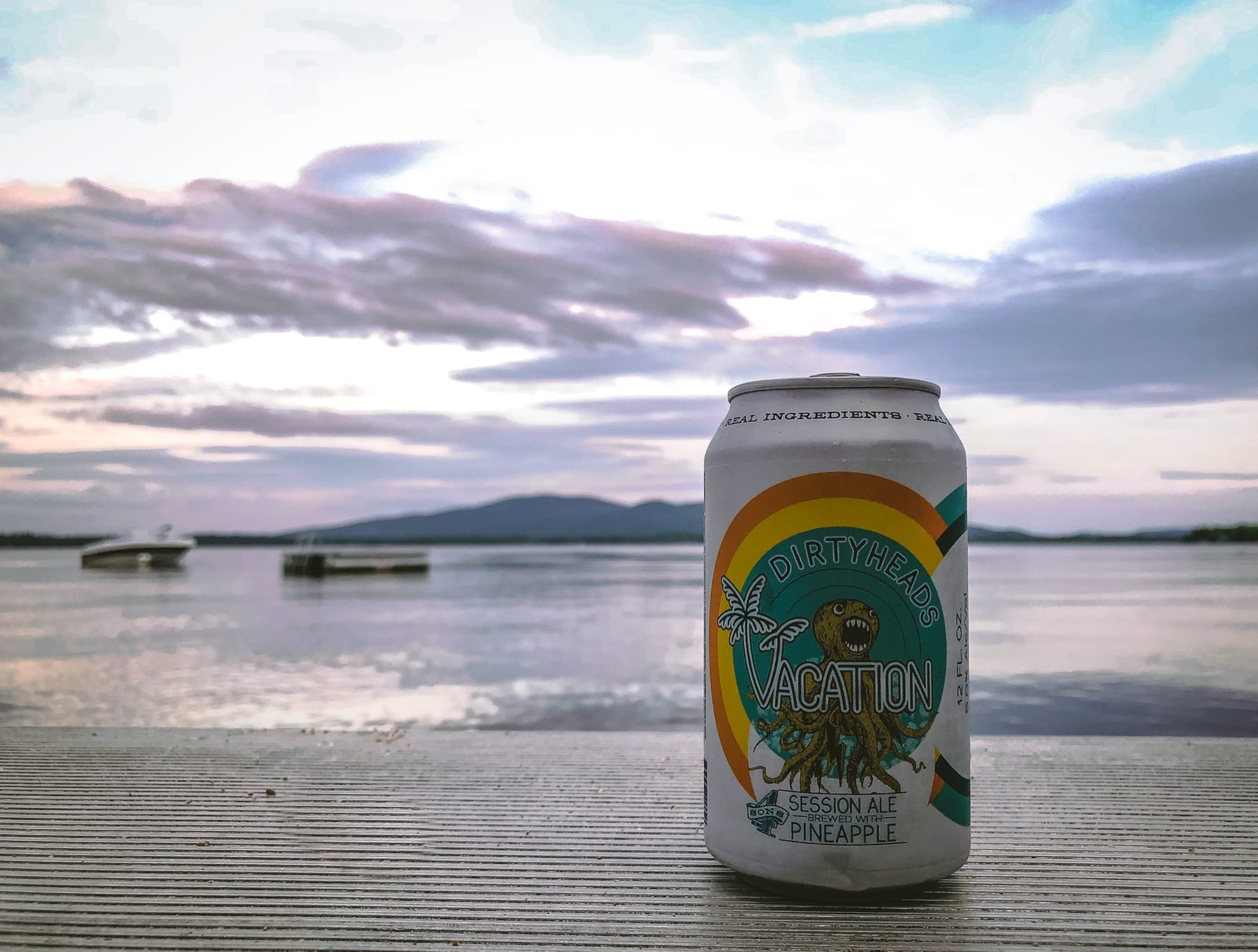 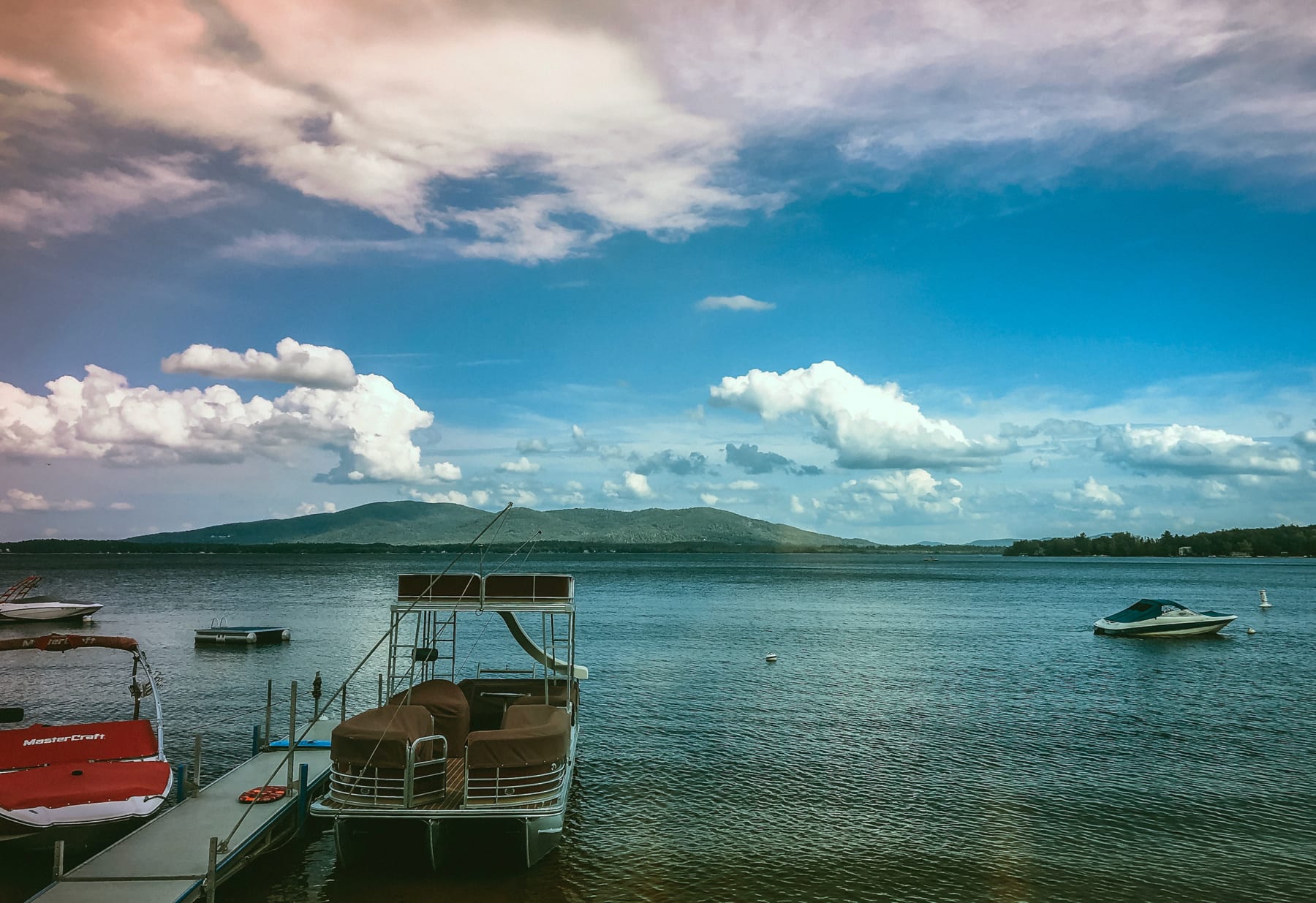 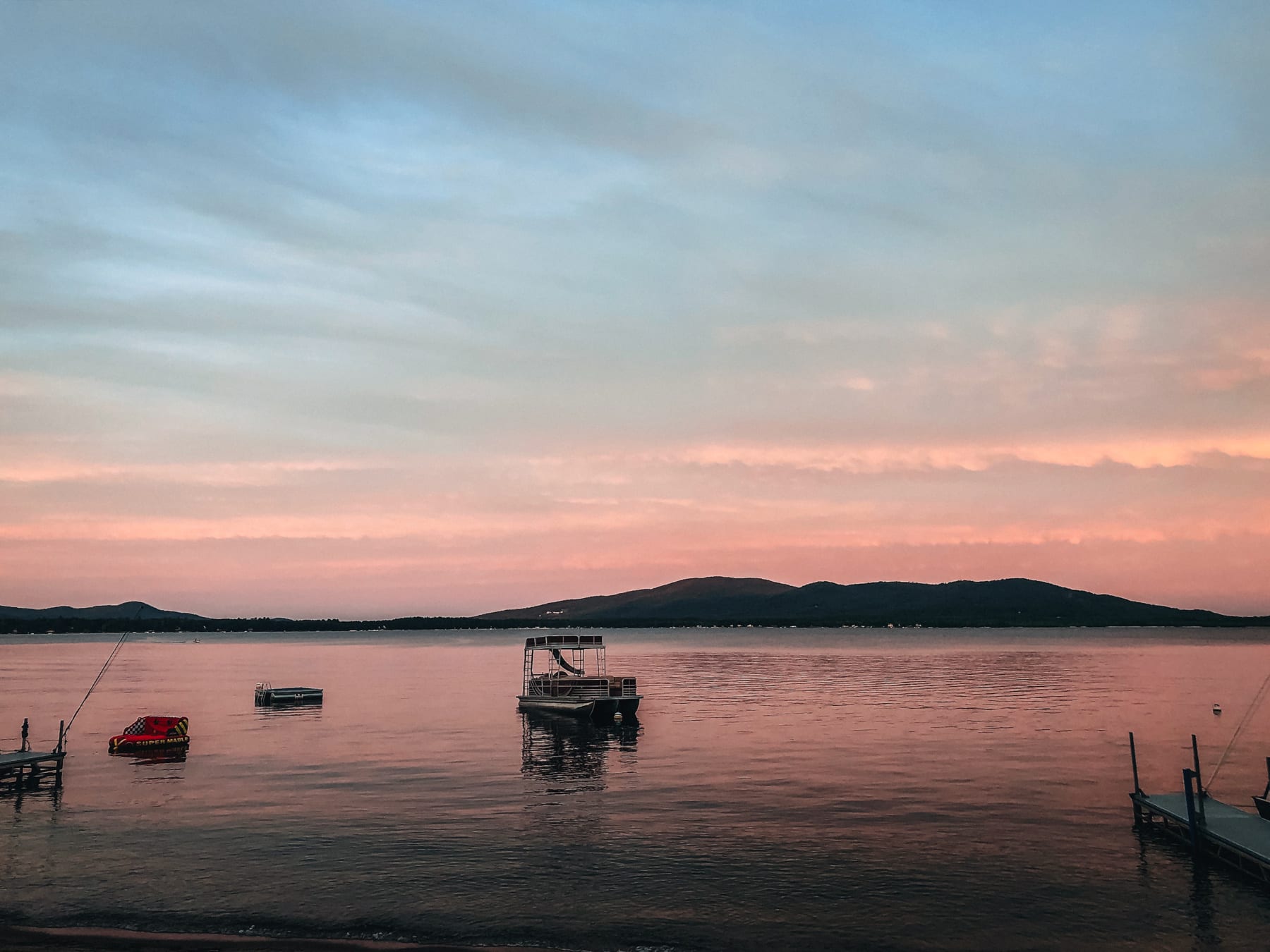 Lake Ossippee sits about 90 miles north of Boston. It’s overshadowed by the larger Lake Winnipesaukee, but it remains one of my favorite spots to turn off my brain for awhile. I’ve been coming to this lake off and on since I was in high school. A close friend has a house up here, and our group of friends would use this spot for snowboarding in the winter or general lake enjoyment in the summer months. Now it serves as an annual spot for our fantasy football draft, a place for us all to see how everyone else is doing, and still deliver that general lake enjoyment I just mentioned.

The roads are smoother here. The lanes cleanly marked on the highways. This means the automatic cruise control system of the Q8 is eager to show off its lane keep assist abilities. I pump music through the Bang & Olufsen sound system and ponder about how badly I’m about to blow my intermittent fasting over the course of this next week and a half. 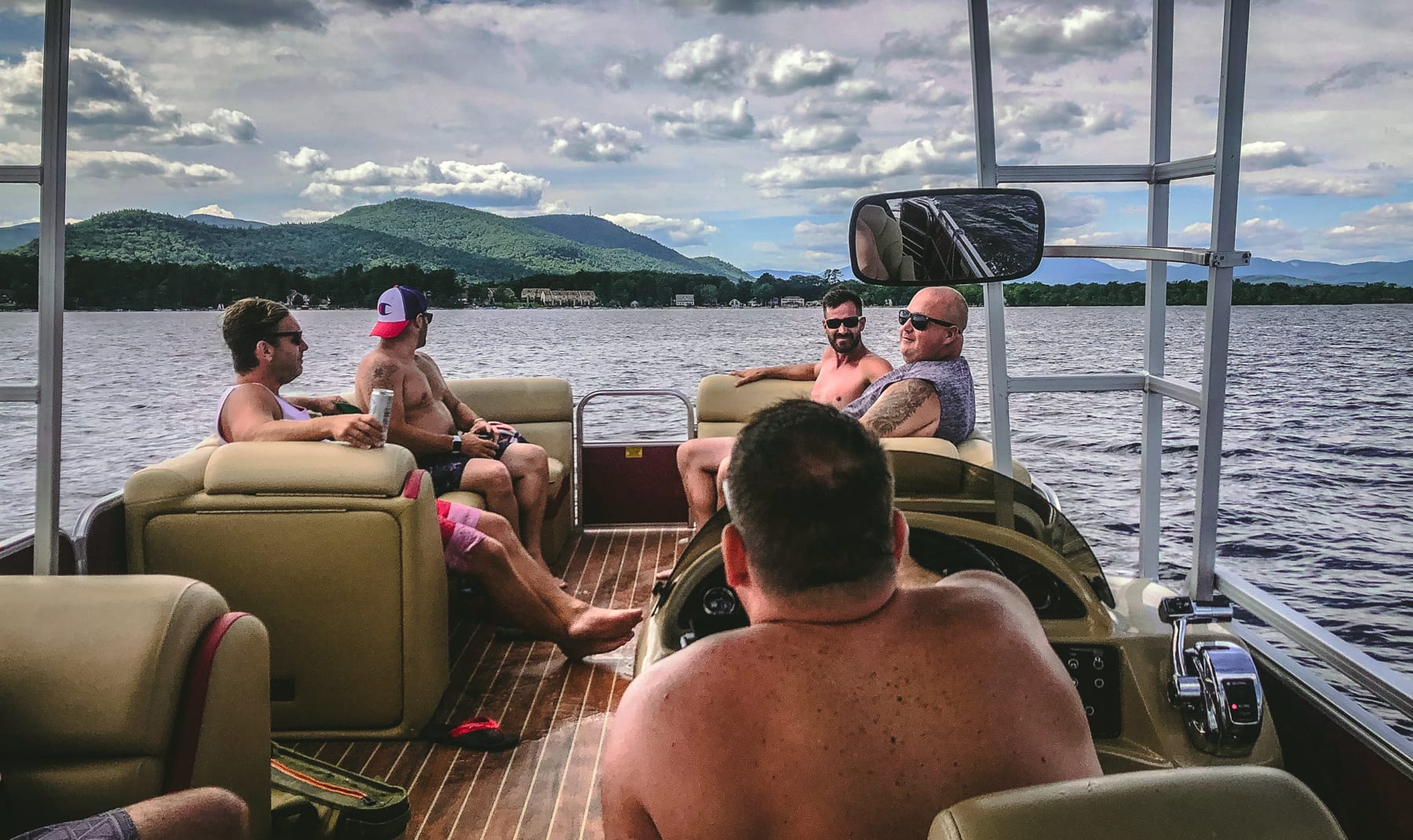 The weekend is a curious blur. I’m acutely aware that I’m now 39 years old and I can’t engage my drinking and eating muscles like I used to. There are repercussions. I don’t bounce back in a day. But that doesn’t matter because I have to get back down to Boston, pick up my family, and begin a week of wandering through New England.

(Note: I also got in two sessions of track time at Club Motorsports in NH. Stay tuned for that story very soon…) 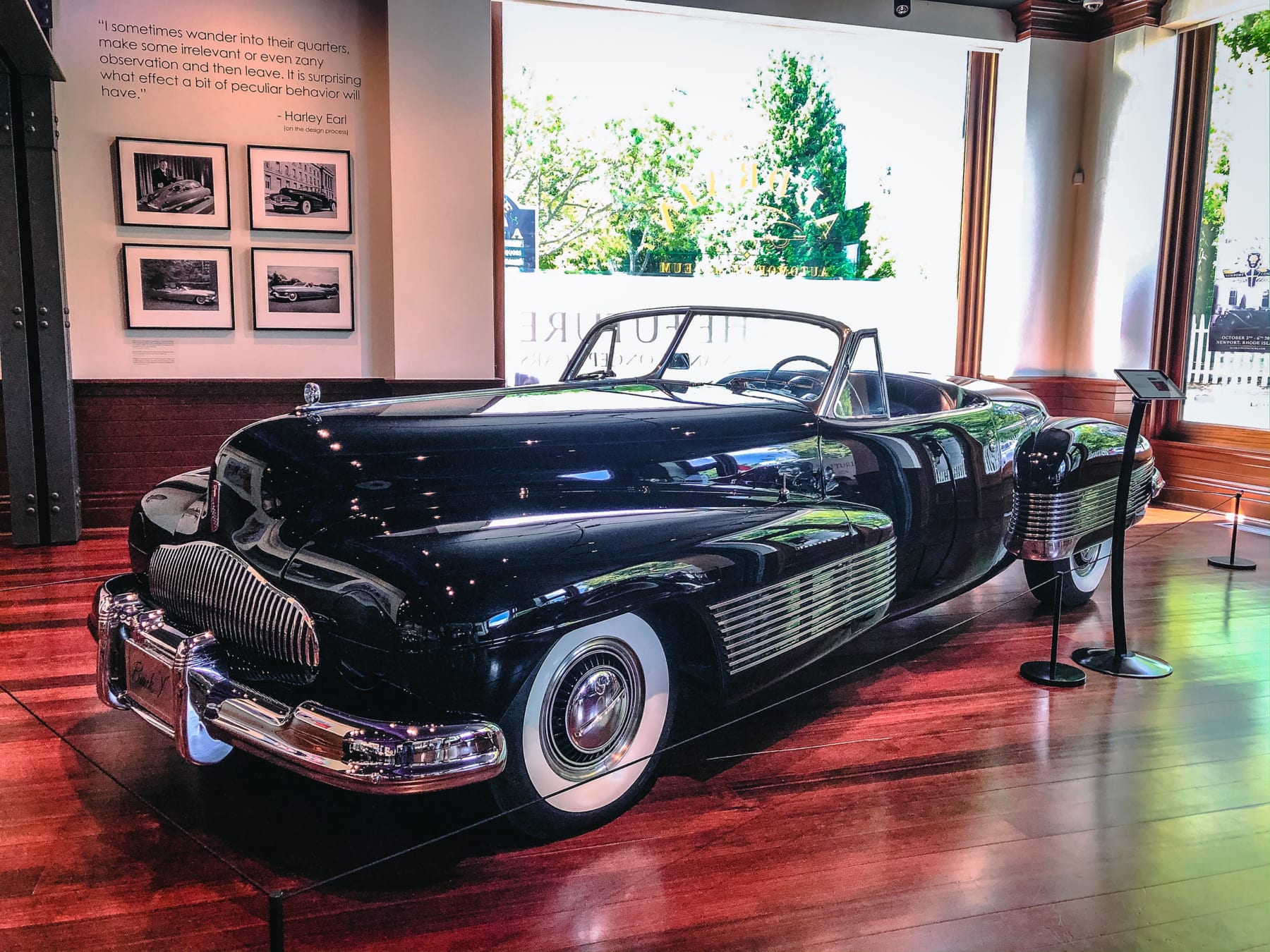 I never expected to be staring at the Buick Y Job. But here we are. The Audrain Auto Museum is located on a busy street in Newport, Rhode Island. It’s next to the International Tennis Hall of Fame, and it’s way more interesting. The small shop plays host to wonderfully curated exhibits that rotate through the doors of this museum, which was founded in 2014.

Currently, the Audrain is hosting a number of special items from the General Motors private collection. 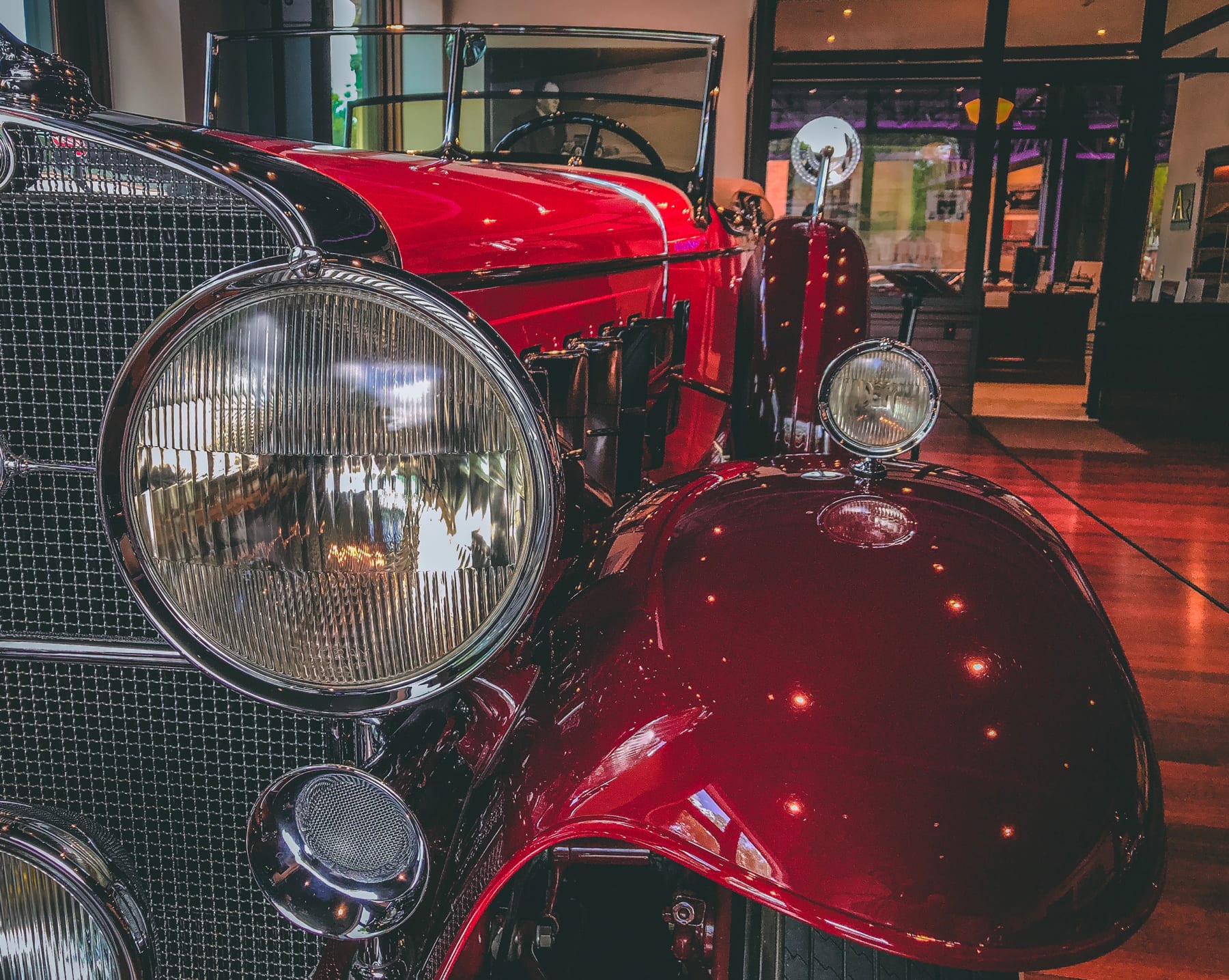 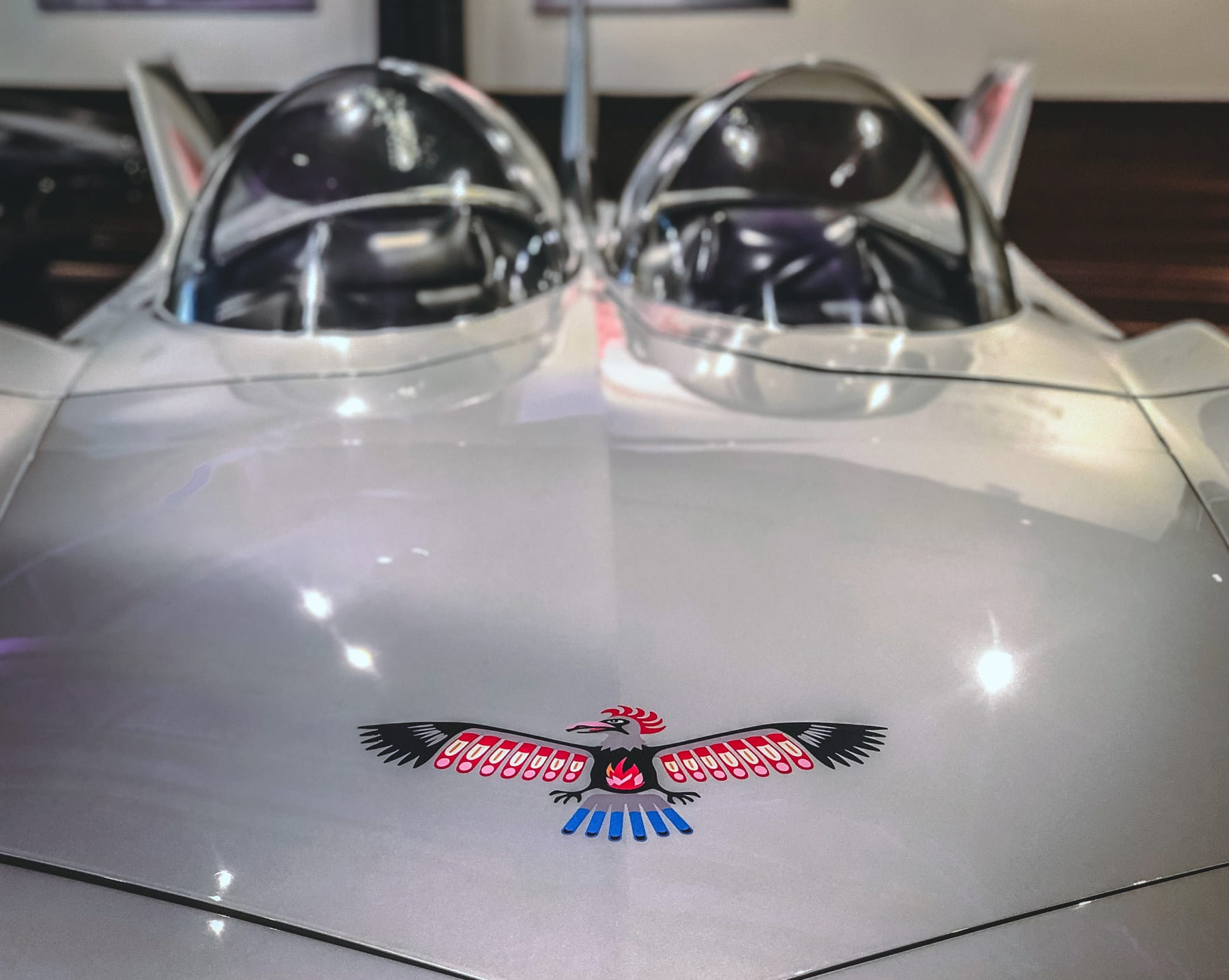 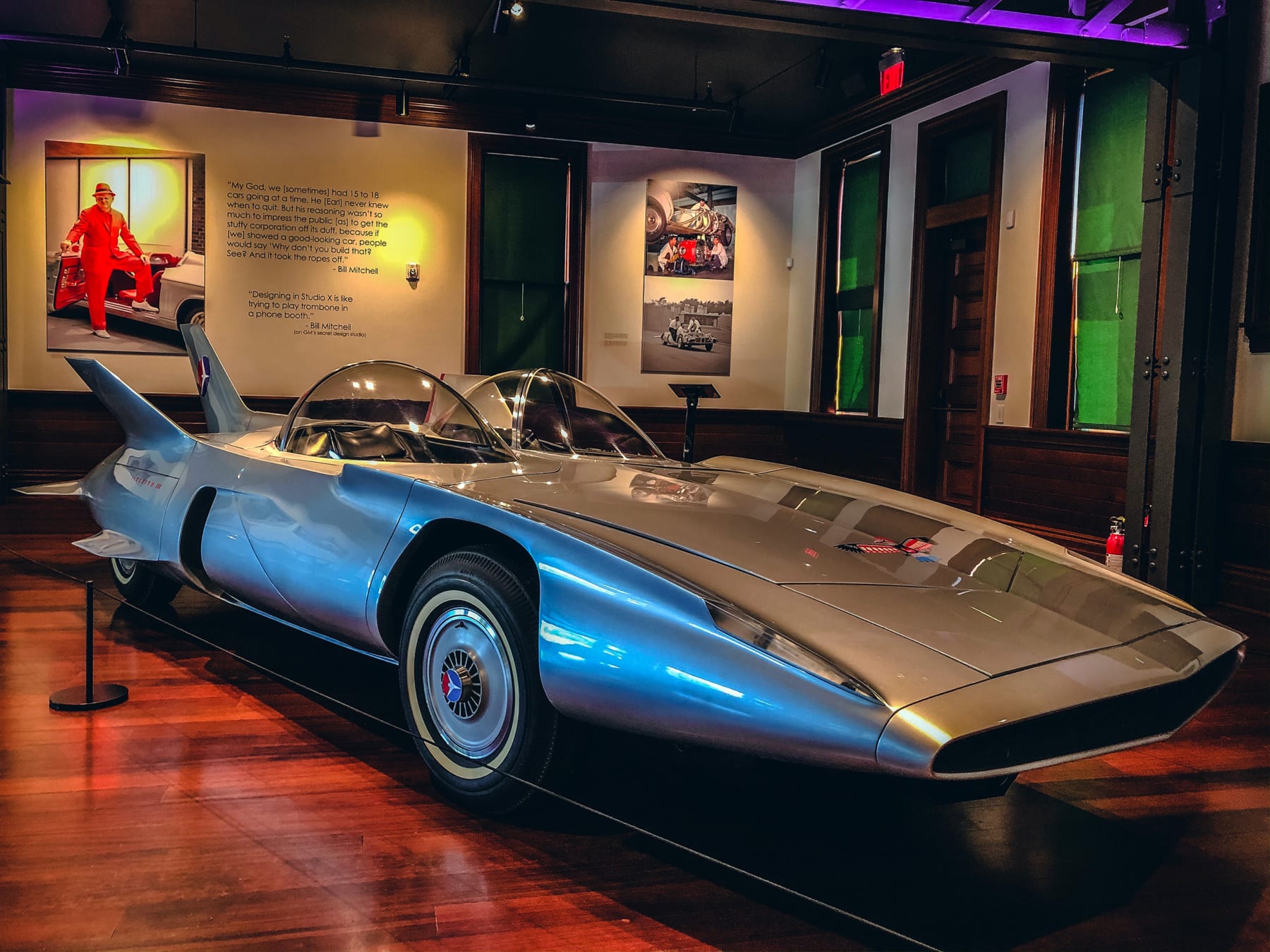 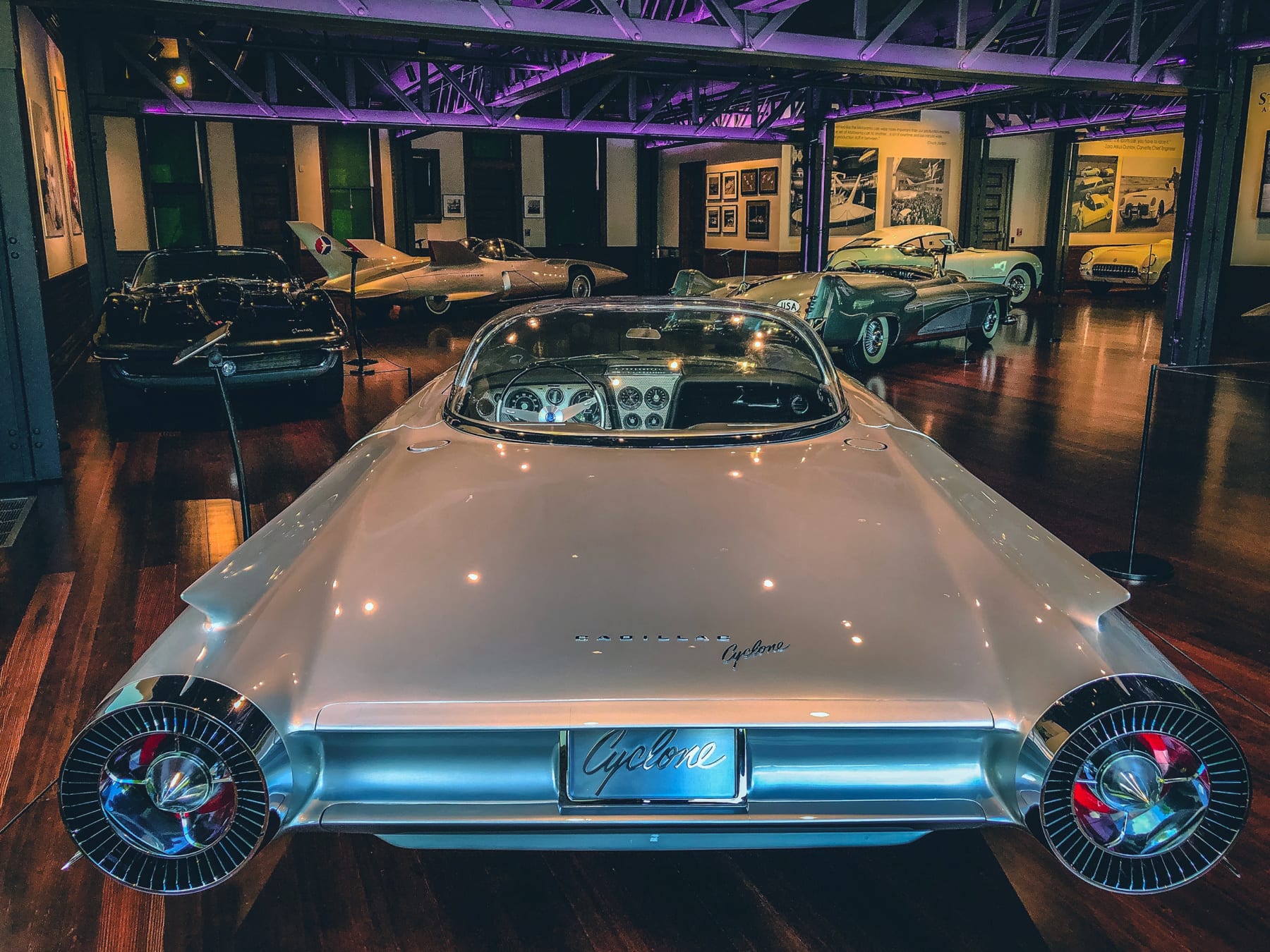 My favorite of the bunch is the Corvair coupe concept (seen below). It’s a vision of a Corvette that could’ve been. The shape is amazing, though I think the rear could use a bit more daylight. Regardless, I think it’s a shame this one never came to pass as a production version. 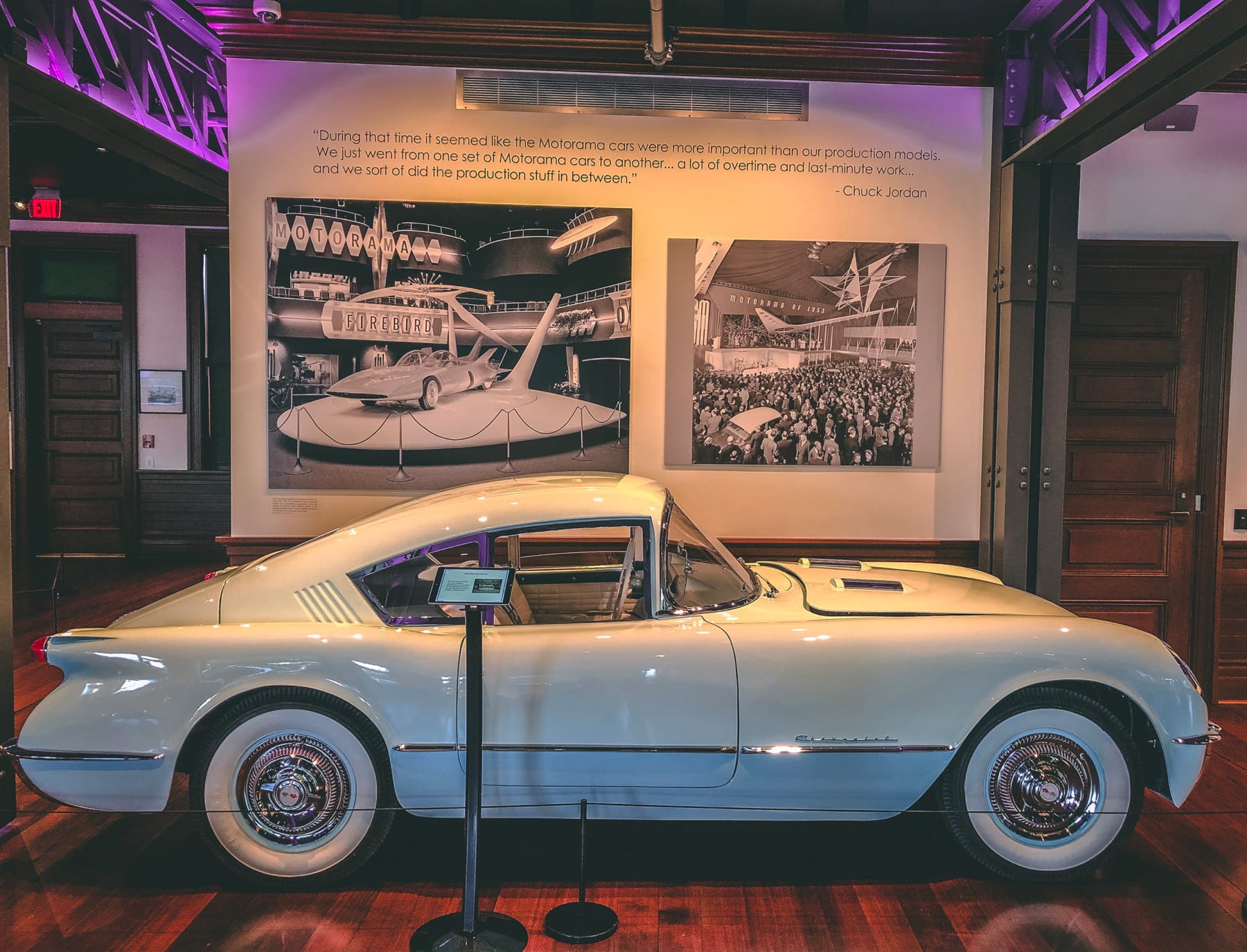 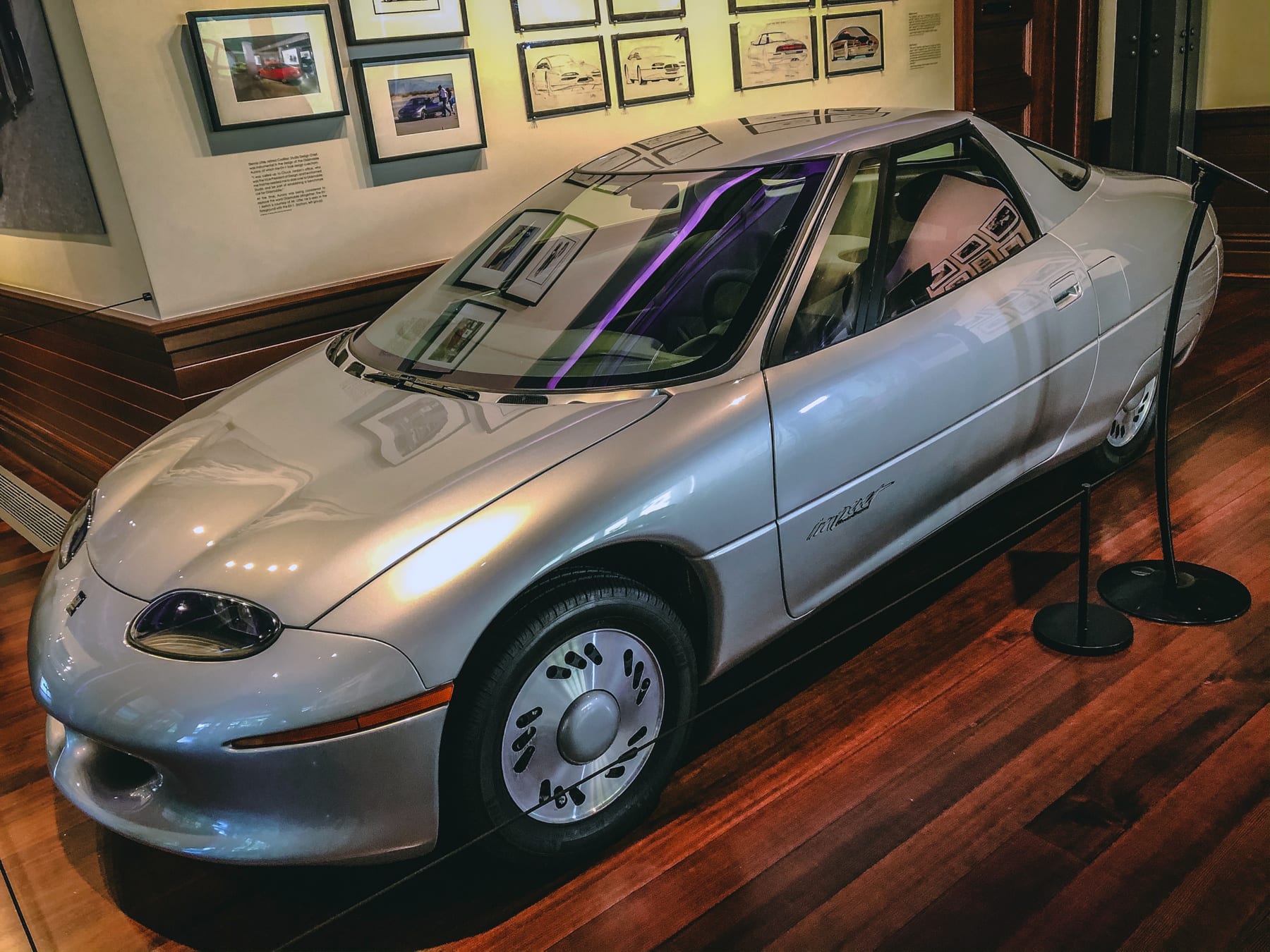 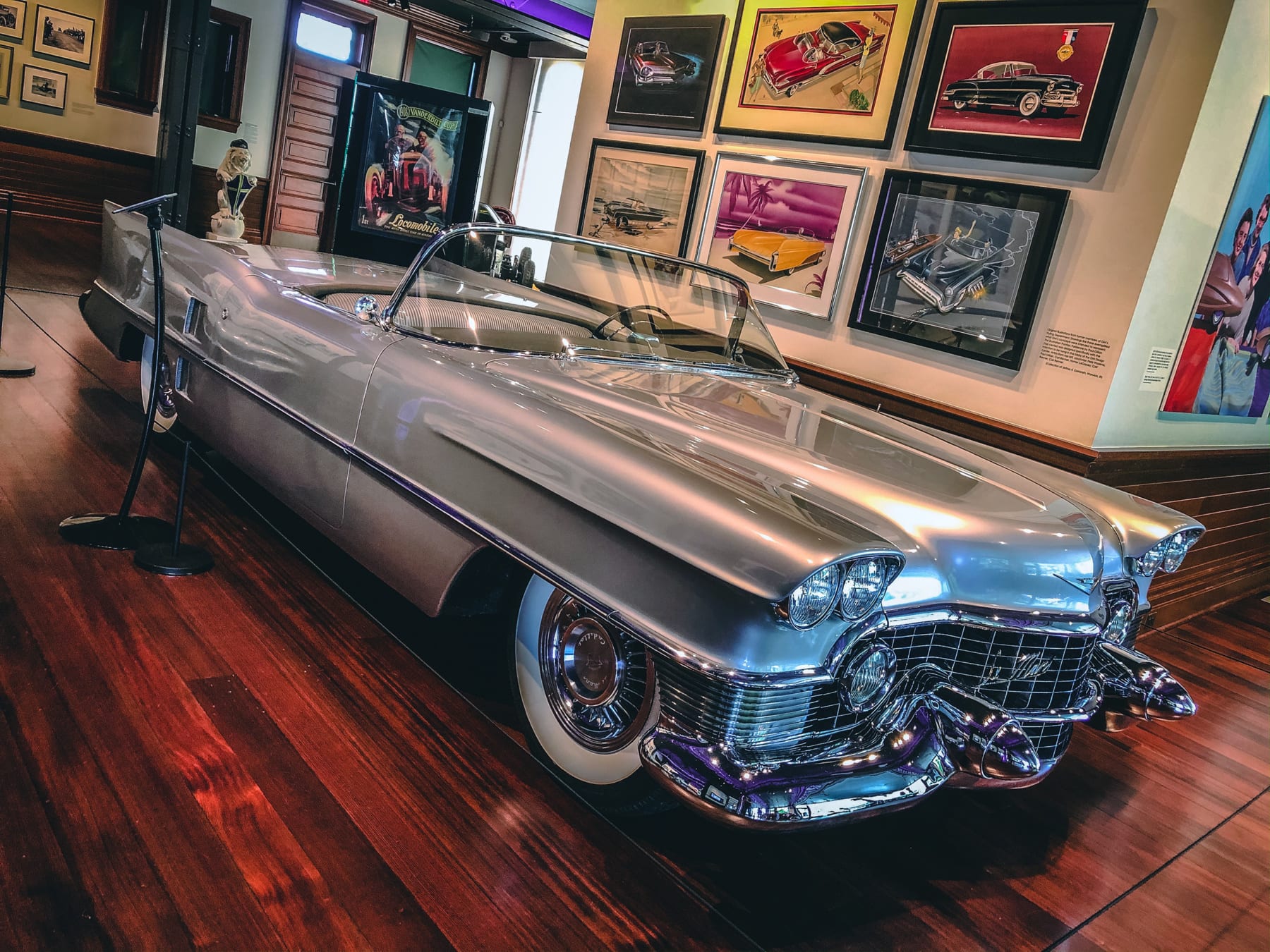 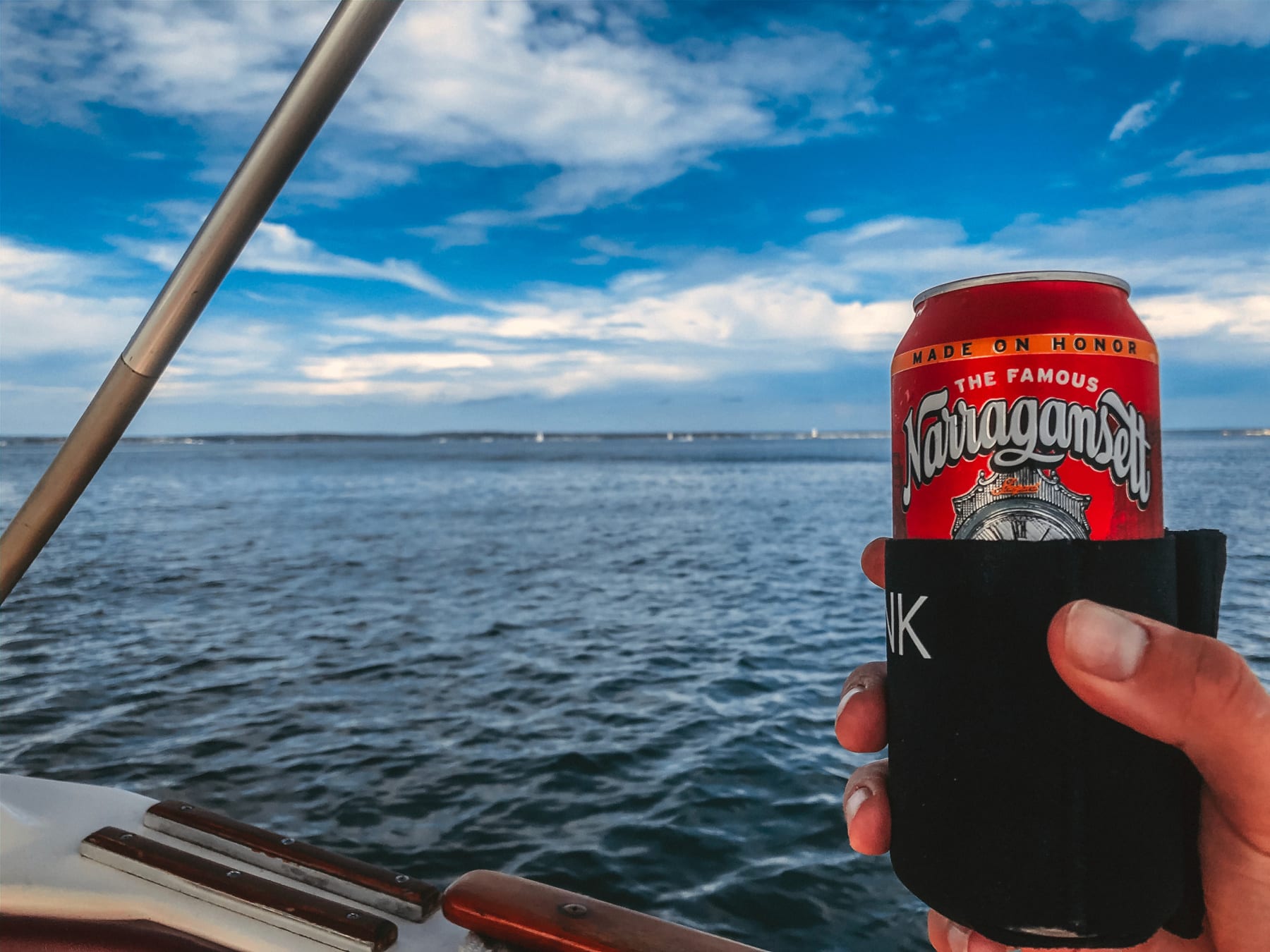 When you go to New England, you have to expect to wind up near the water at some point. Or at least you should, assuming you’re not bee-lining for the woods of Vermont. My trip takes me to Mystic, Connecticut. Everyone there has at least two pairs of salmon-colored pants and three pairs of Sperrys. There are also some big-ass boats (official term). We’re not on a big-ass boat. My father in-law has a delightful older cabin cruiser powered by a Chevy 350. It’s slow and it’s great.

You want some lobstah? 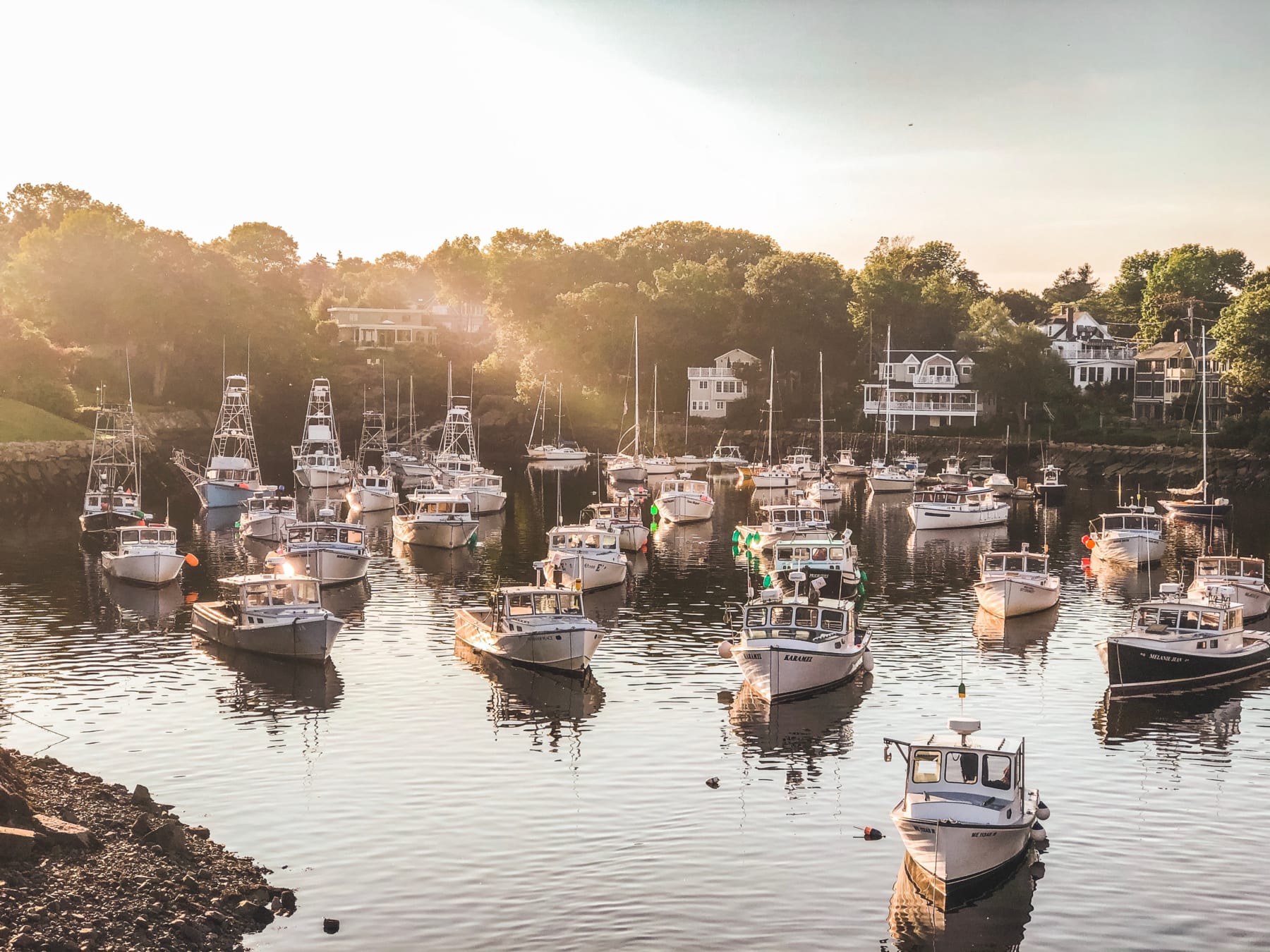 A few days in southern New England leads us into a trip farther North. Our next stop is Ogunquit, Maine. The beaches here are long. The restaurants and bars all charming and filled with delicious food. And the town itself plays host to a surprising amount of old automotive metal. I spied a fantastic W111 Mercedes-Benz convertible rumble past. A 1969 Buick four-door filled up at a gas station as I dumped fuel into the large 20-gallon tank on the Q8. And a Packard Clipper snoozed stylishly along the main drag. 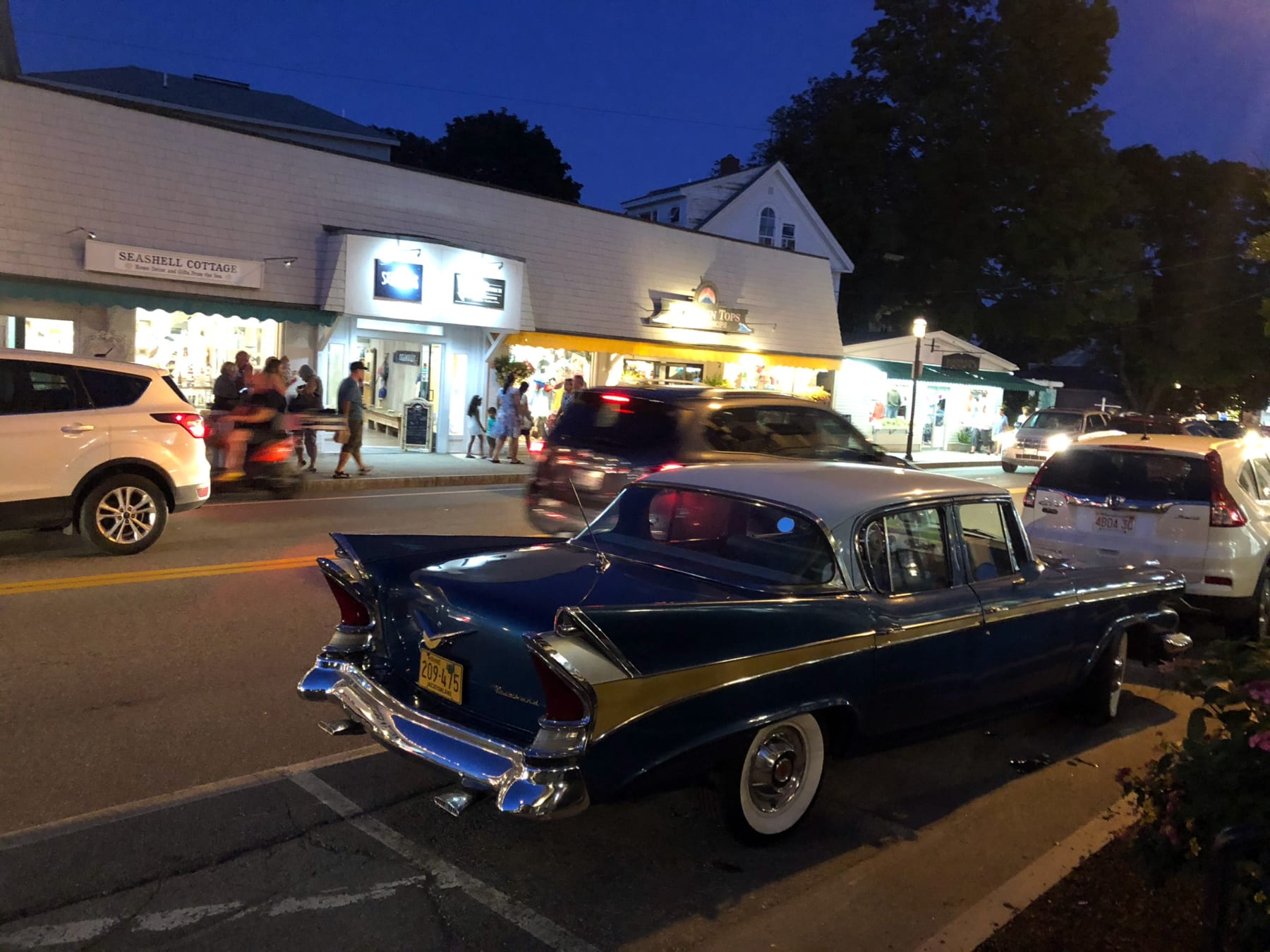 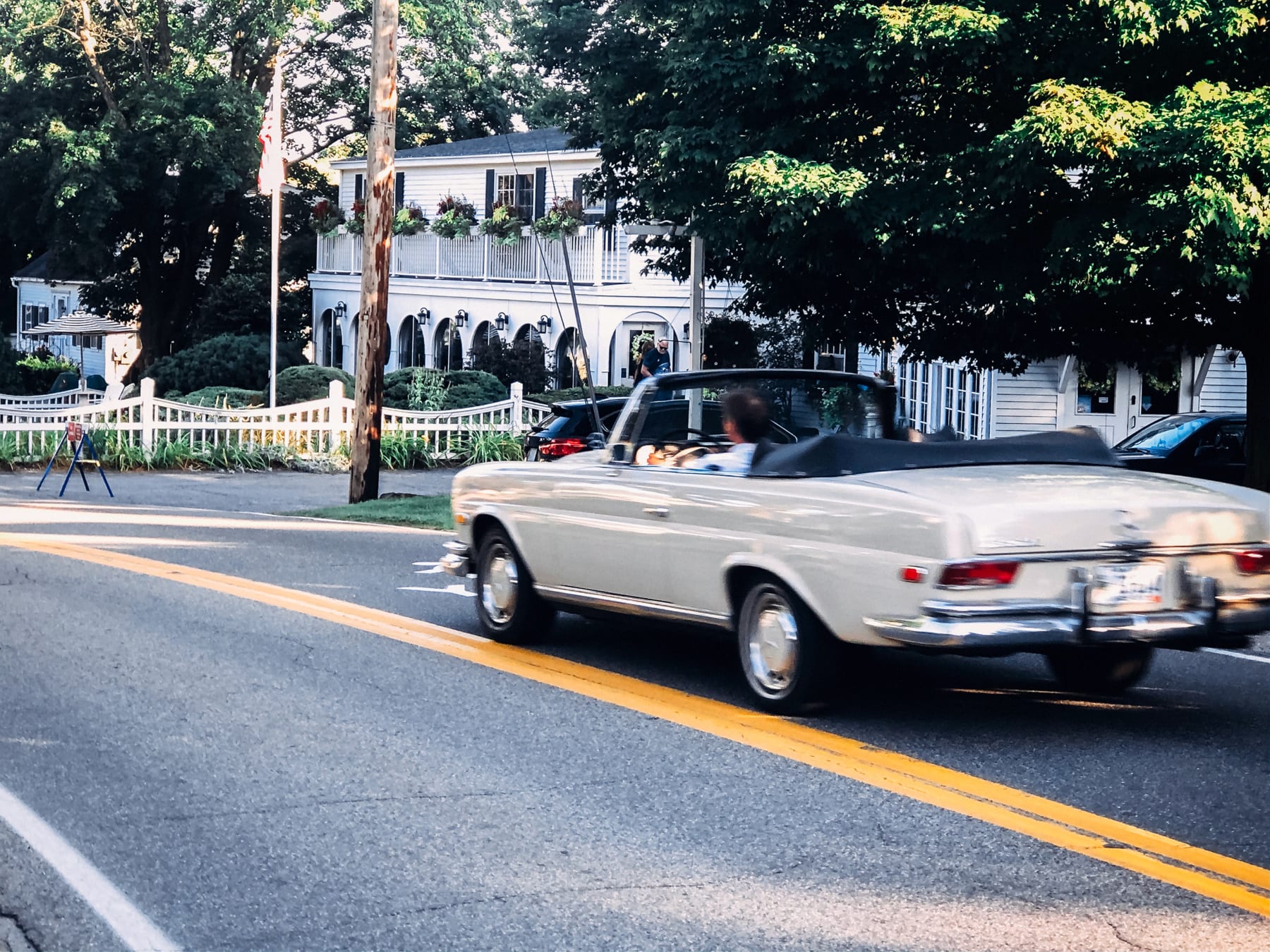 Here in Ogunquit, I had the second-best lobster roll I’ve ever eaten. The Lobster Shack in Perkins Cove was fantastic. Tons of claw meat laid on the correct hot-dog like roll meant I was in lobster-lover heaven. I don’t eat the stuff when I’m back home in California. What’s the point? It is never as good as even the most mediocre place in New England. 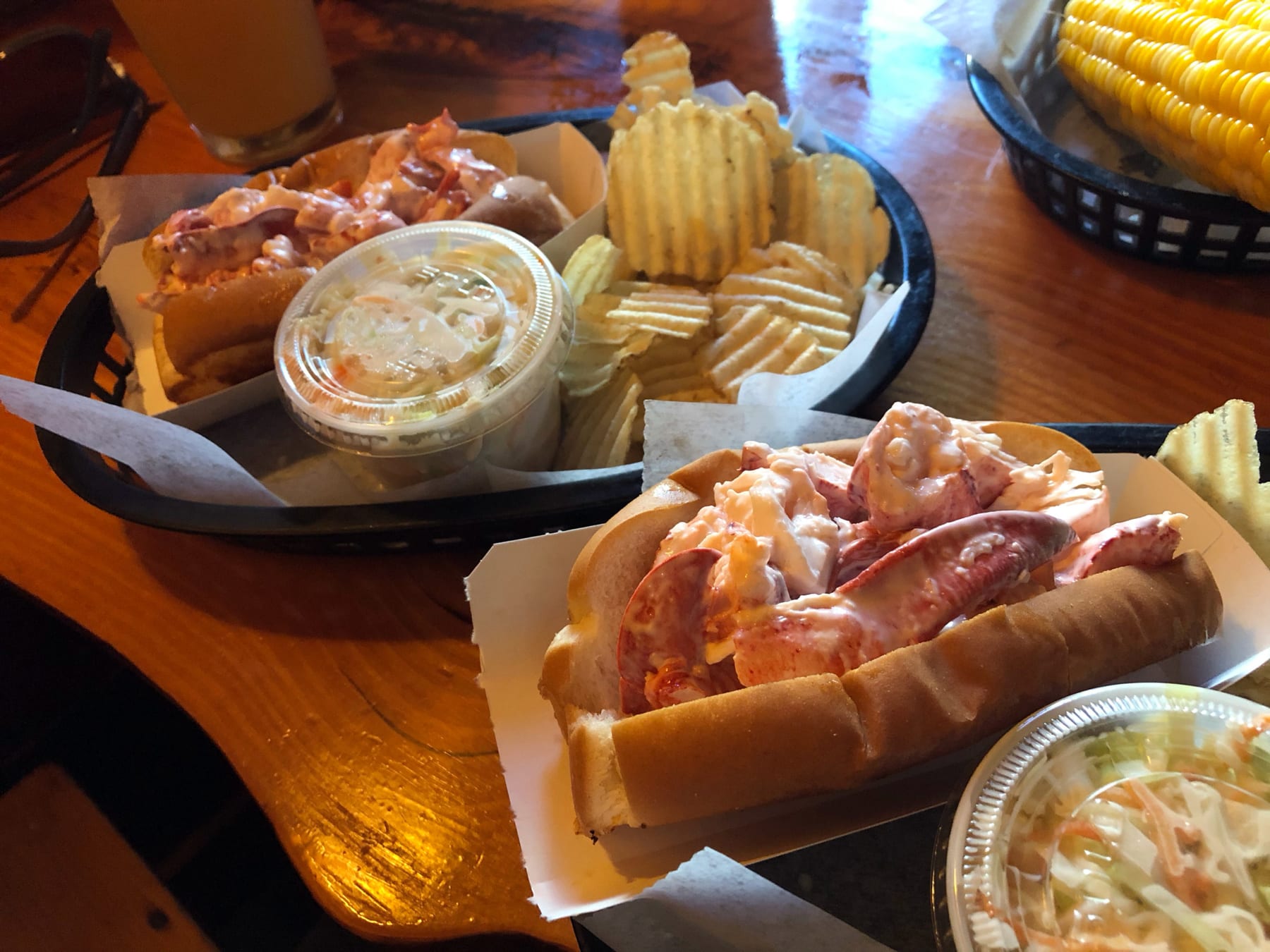 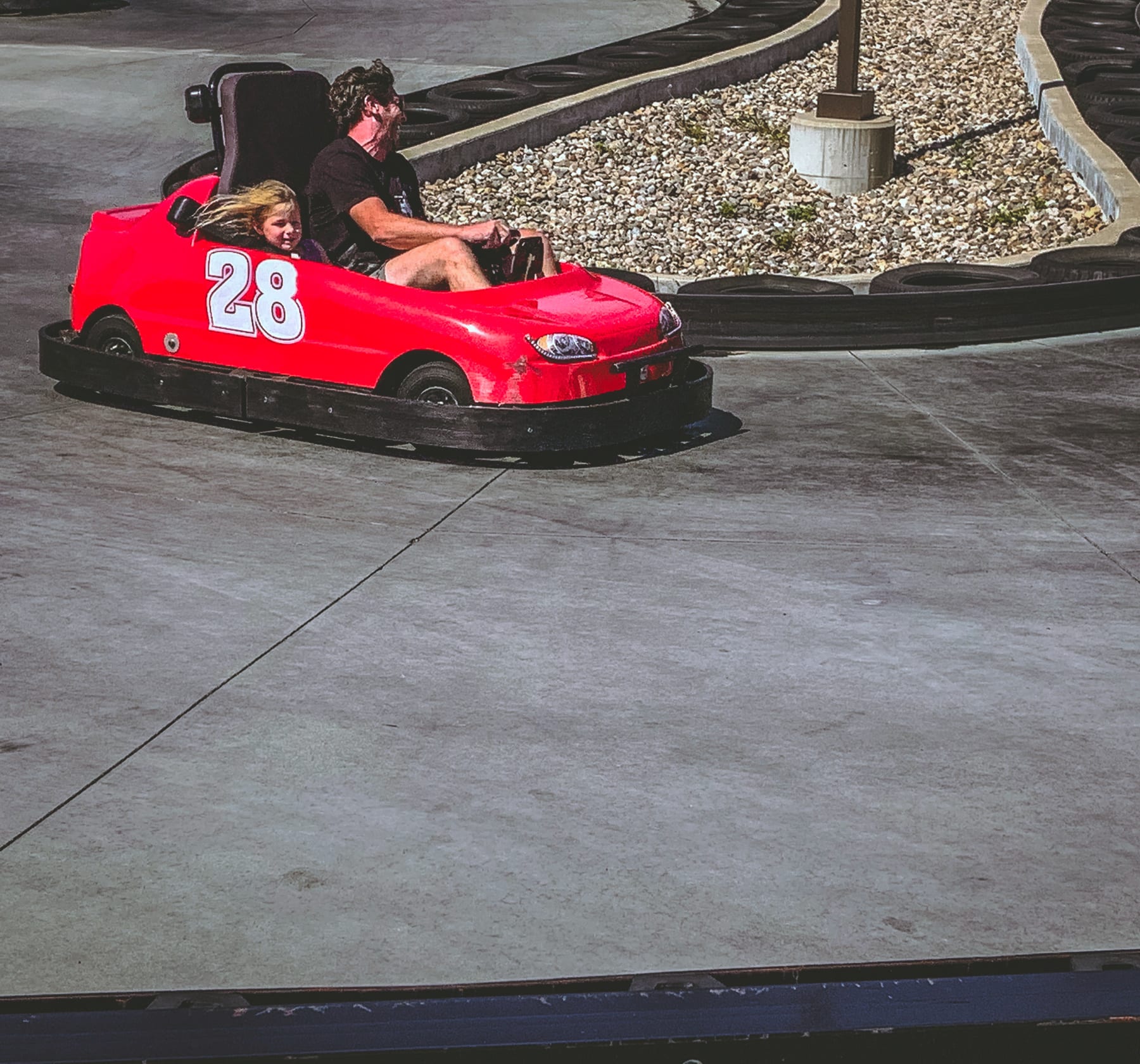 I’ve been on the hunt for a place that would allow me to drive a go kart with my daughter riding right seat. Most places don’t let four year olds in the kart. Wonder Mountain Fun Park in Wells, Maine isn’t most places. We did two rounds and she loved every second of it. And it was pure joy for me getting to share something so seemingly simple with her.

And then we all got back to the task of eating, drinking, and enjoying the rest of the trip. The Audi Q8 is only a backing note to this story. But it’s an important and capable one. Our luggage all fit easily in the rear cargo area, which is good considering this is CUV is a bit smaller than its Q7 sibling. Inside, we were comfortable and happy. The roads were handled easily, despite the Q8 wearing optional 22-inch wheels. And it looked damn good out on the road. I wish Audi would apply this styling to the next Q5, and then filter it as needed to other CUVs in the family. Without watering down the Q8’s own standout styling, of course.

Here are some more scenes from our family road trip: 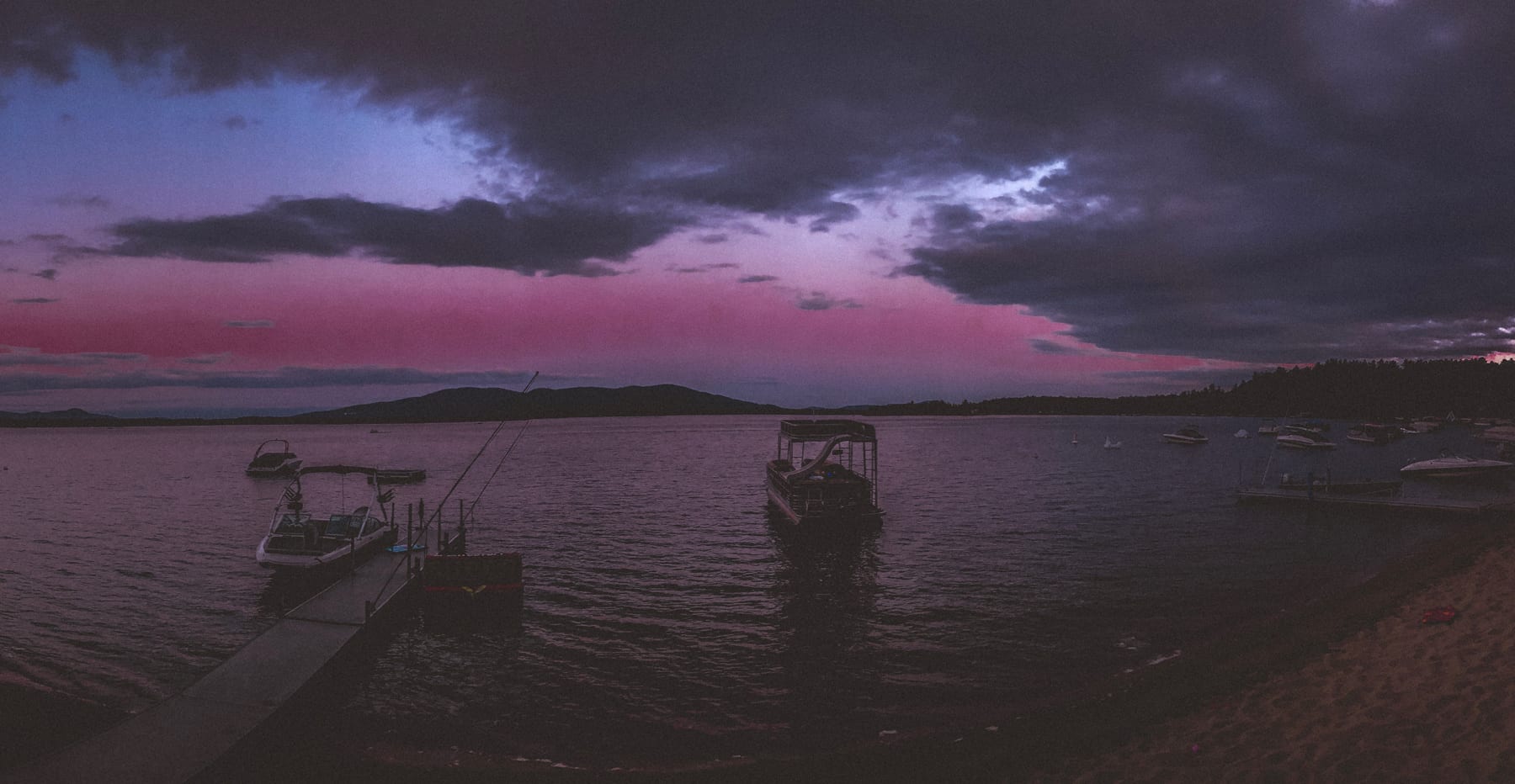 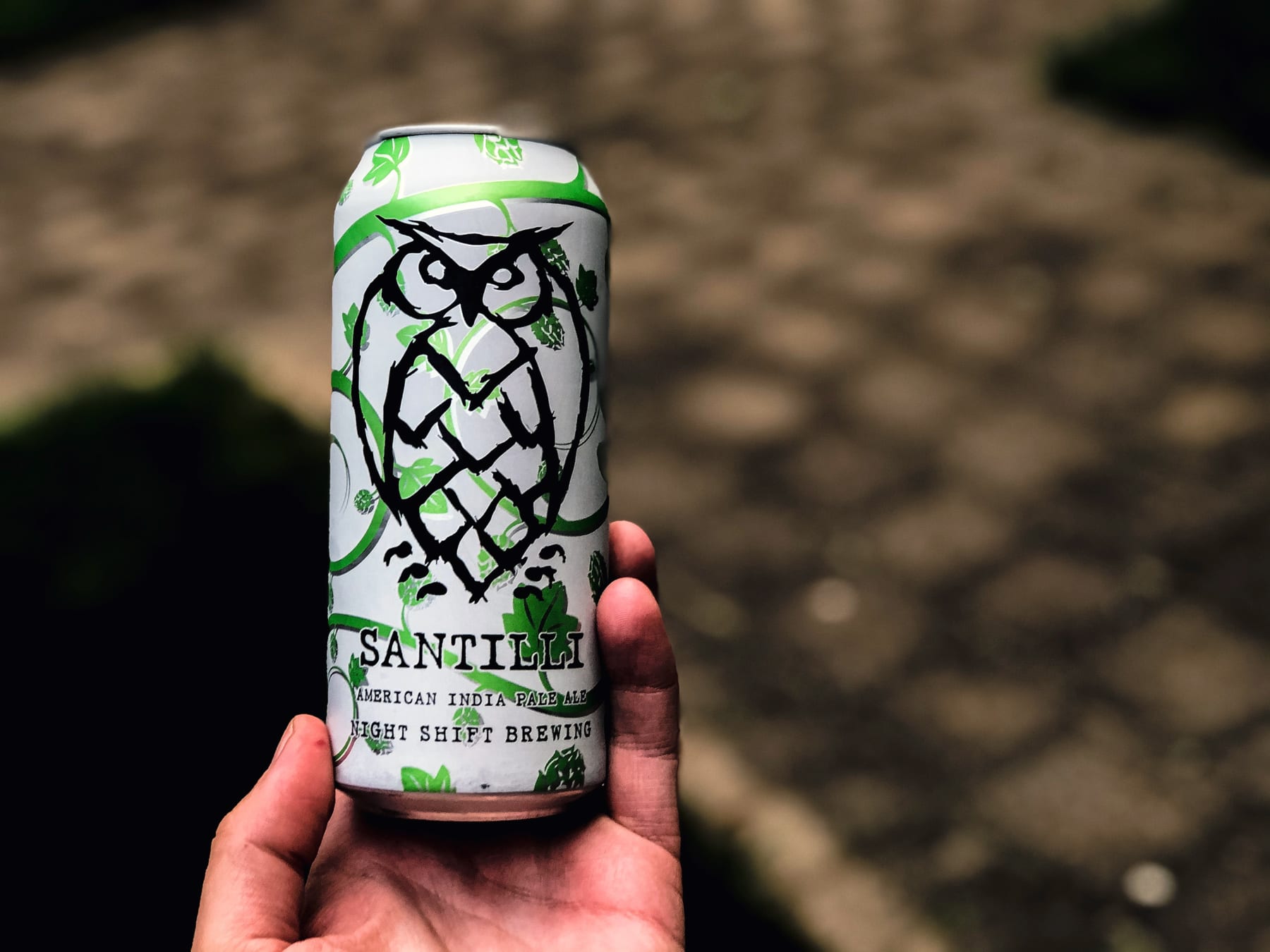 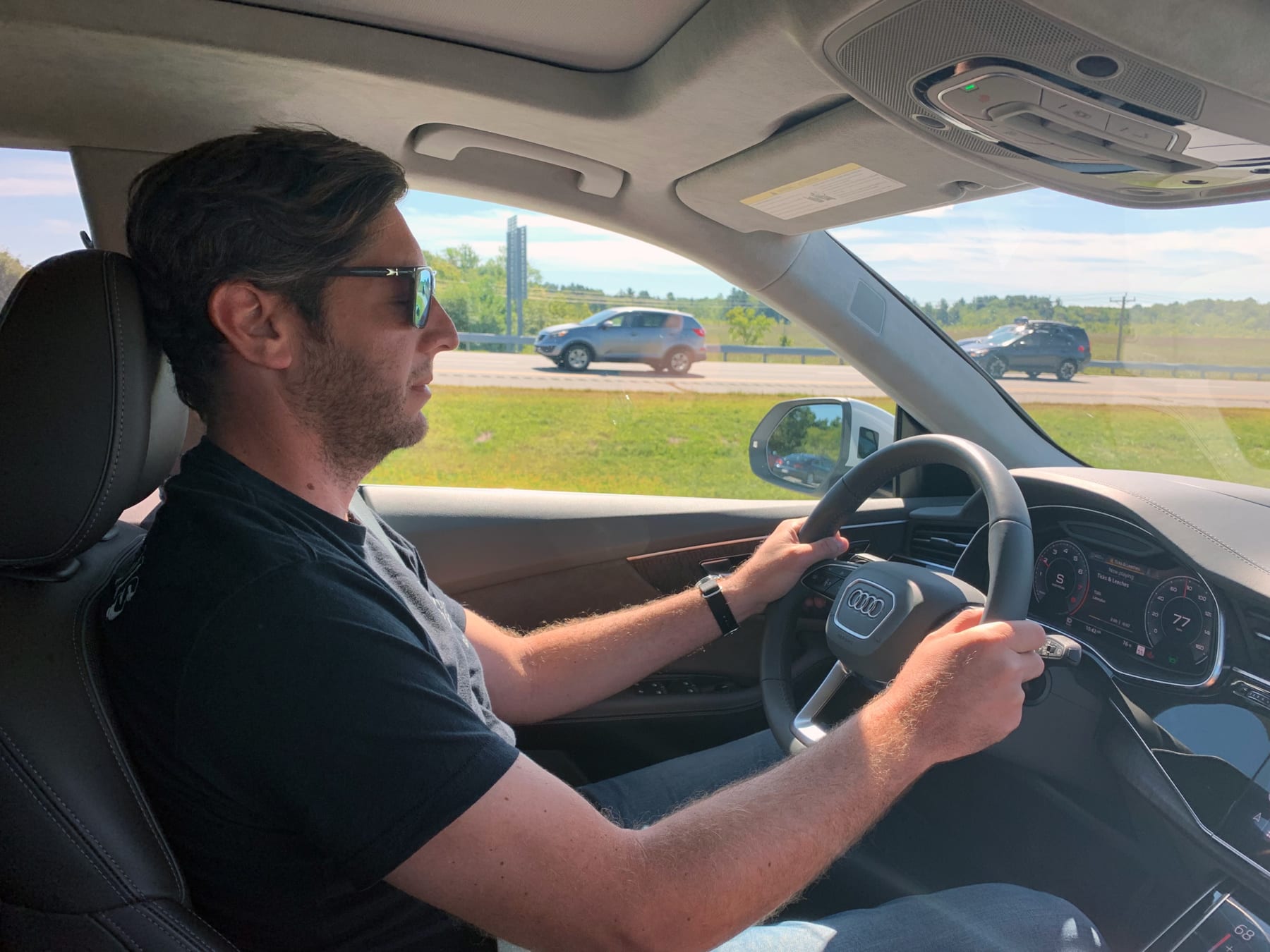 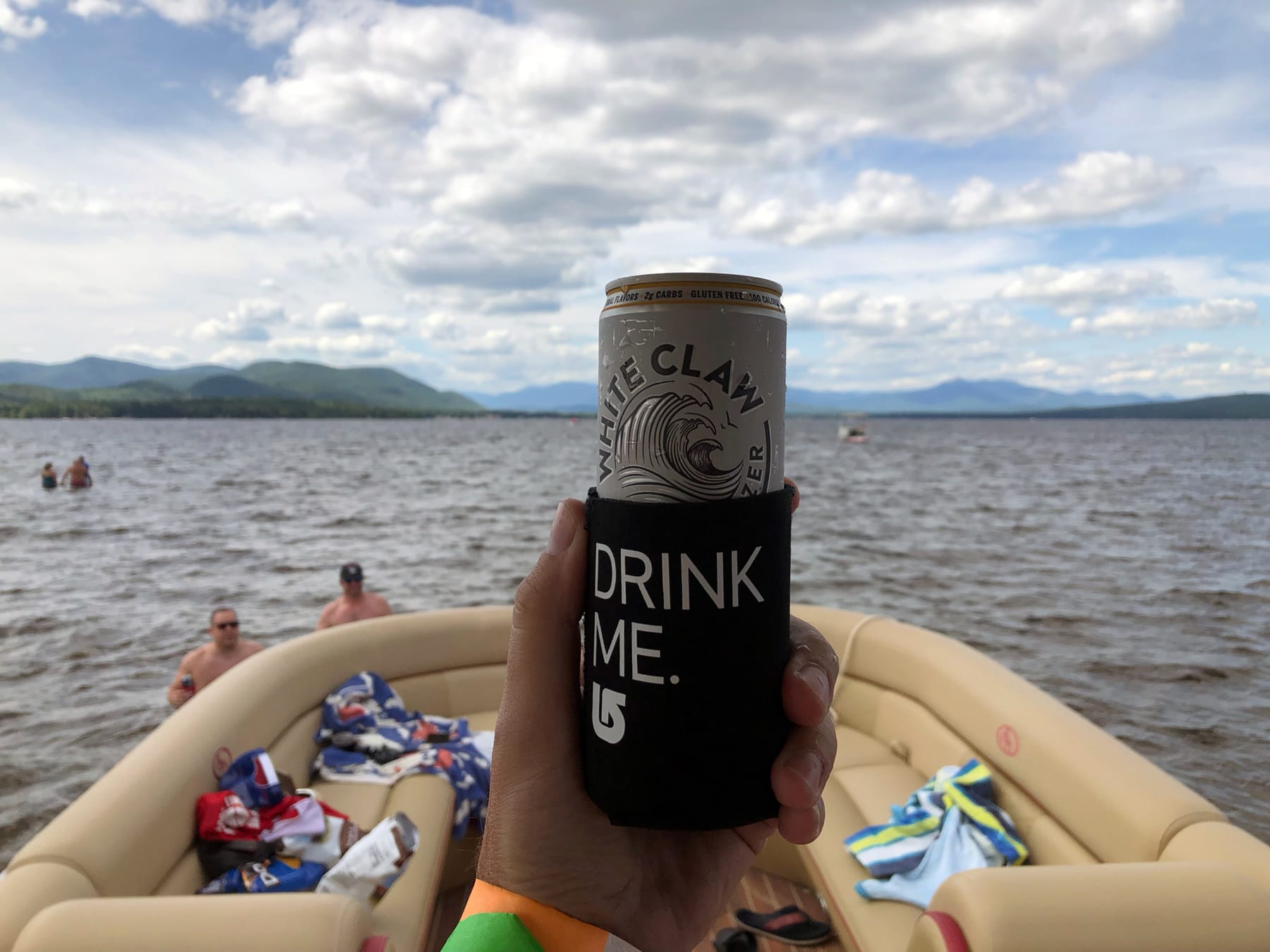 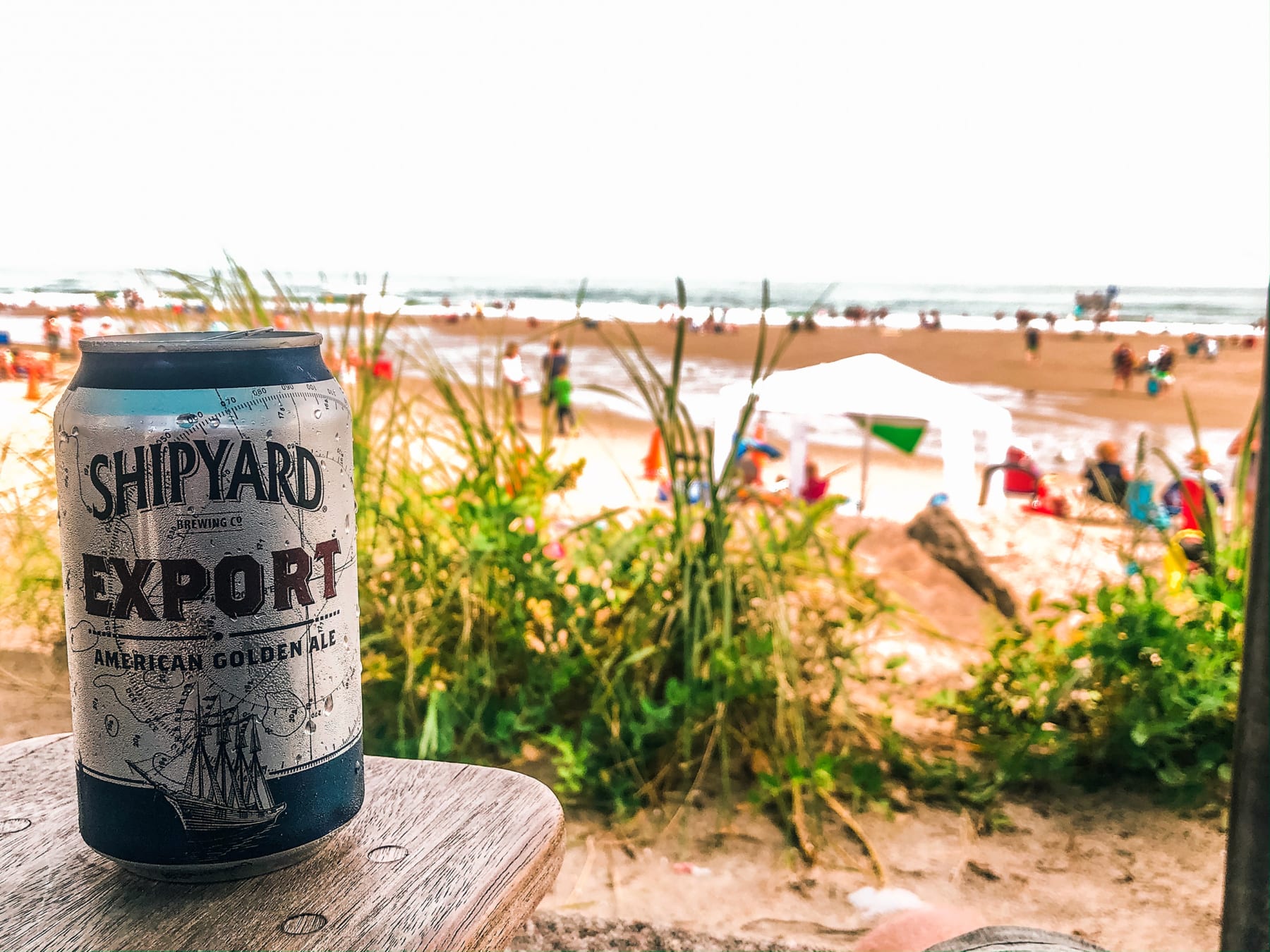 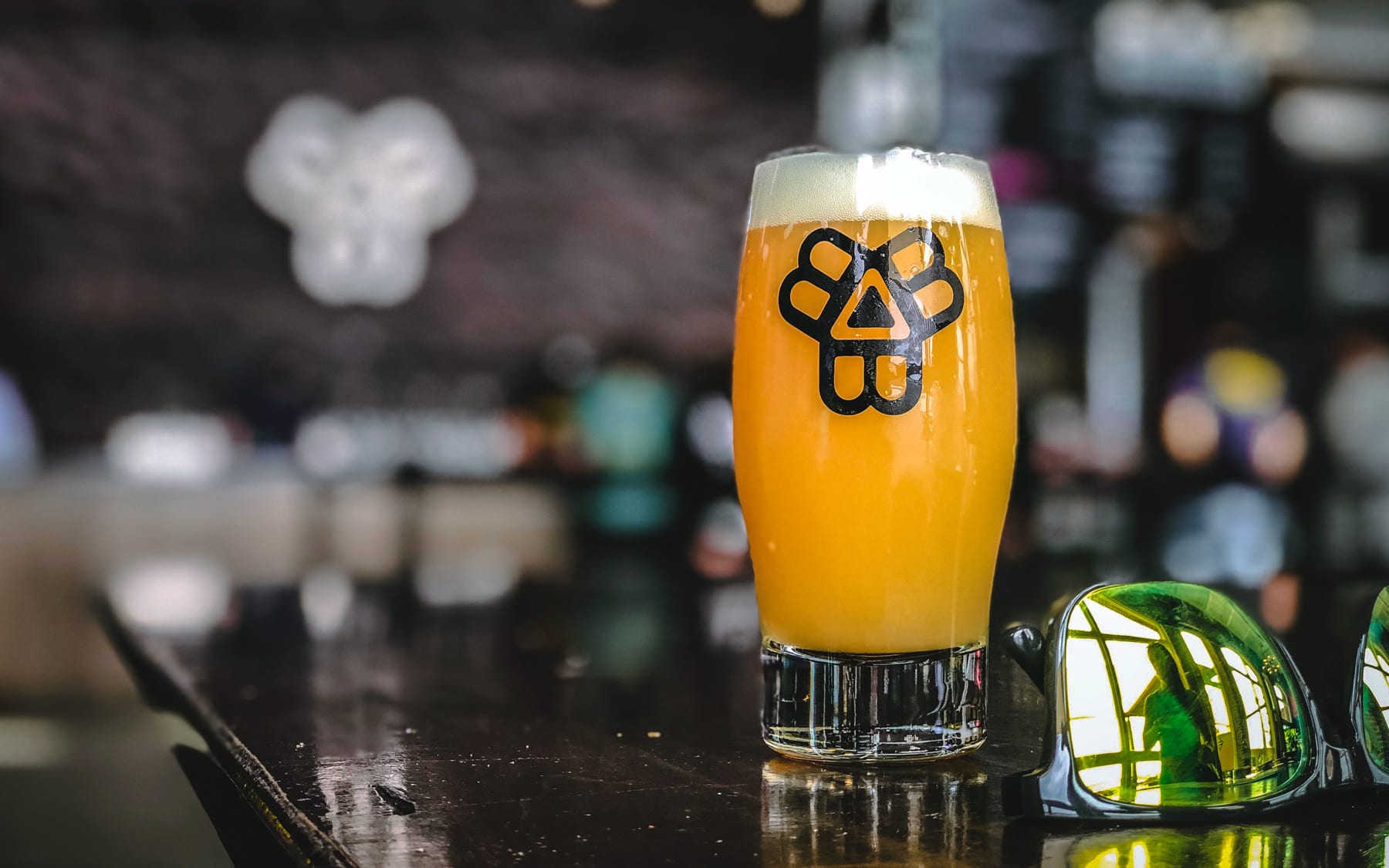 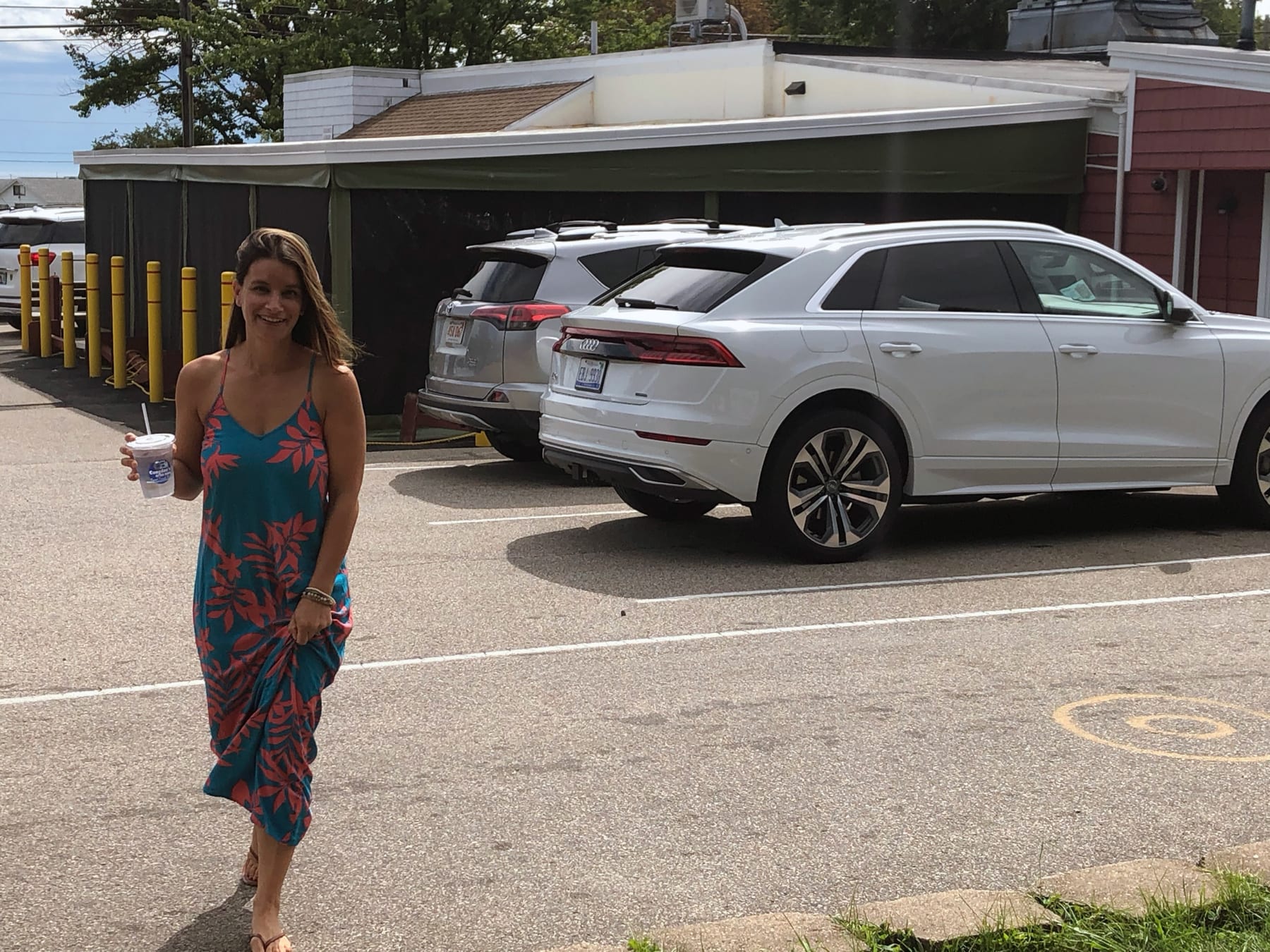 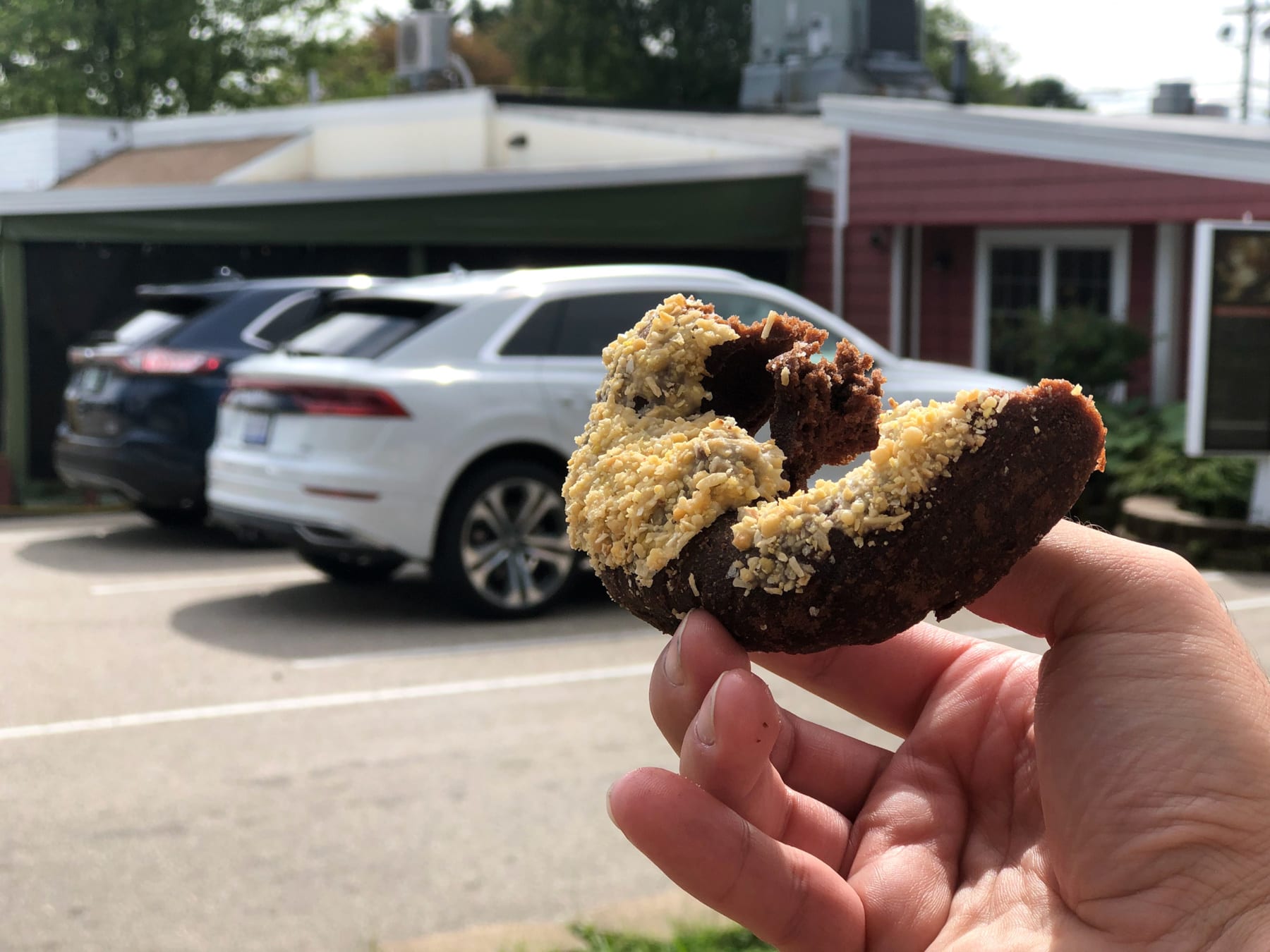 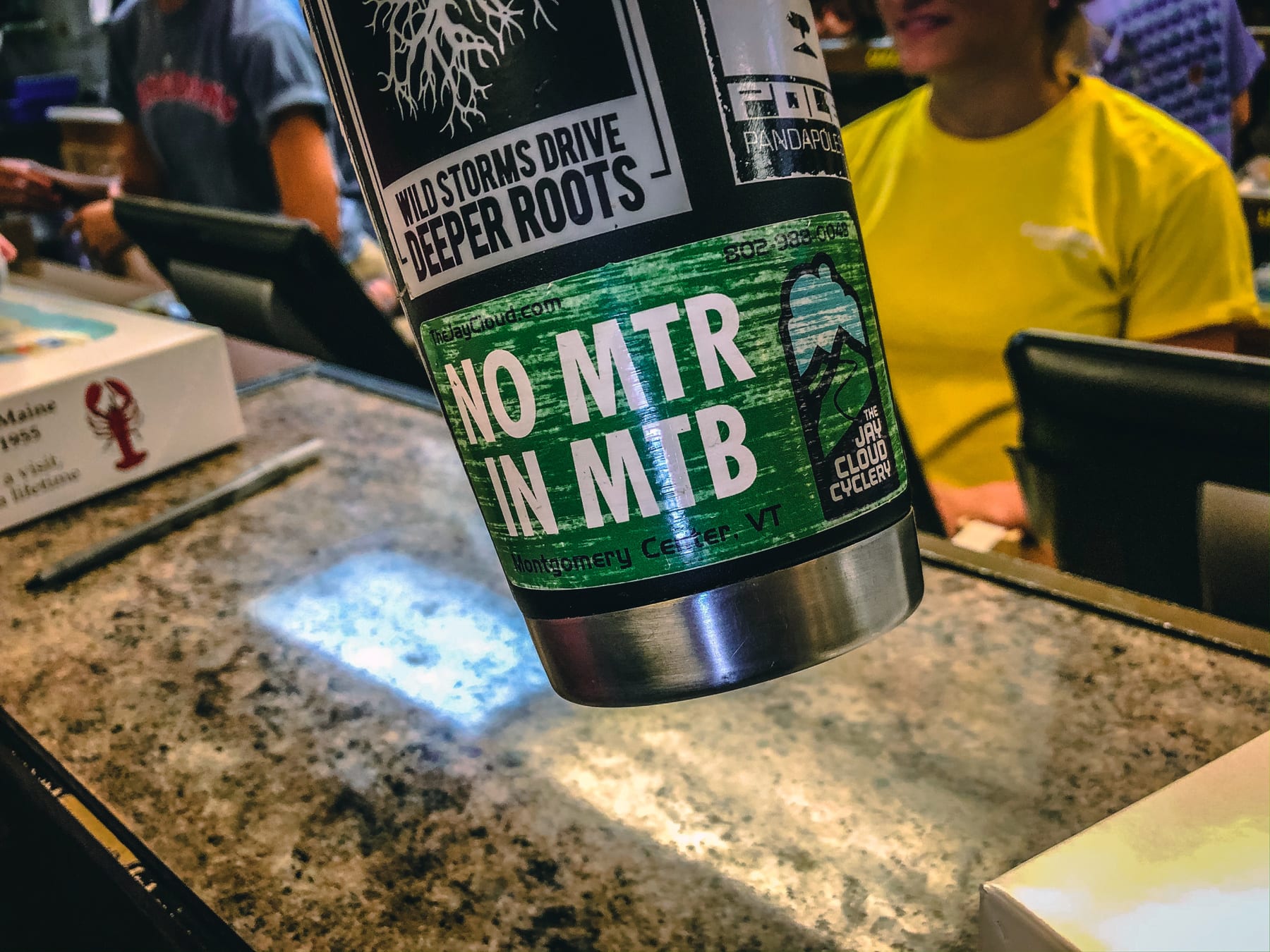 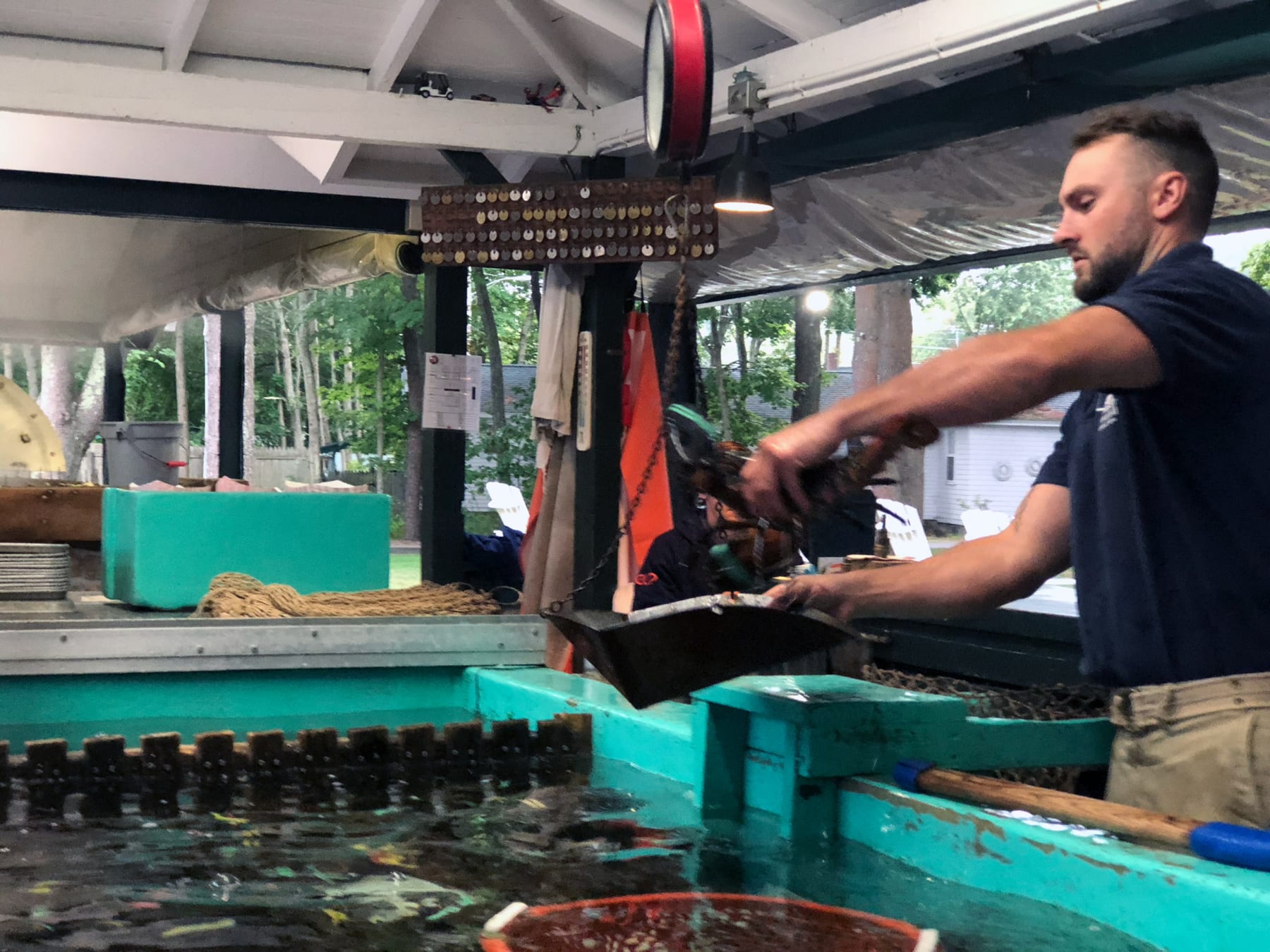 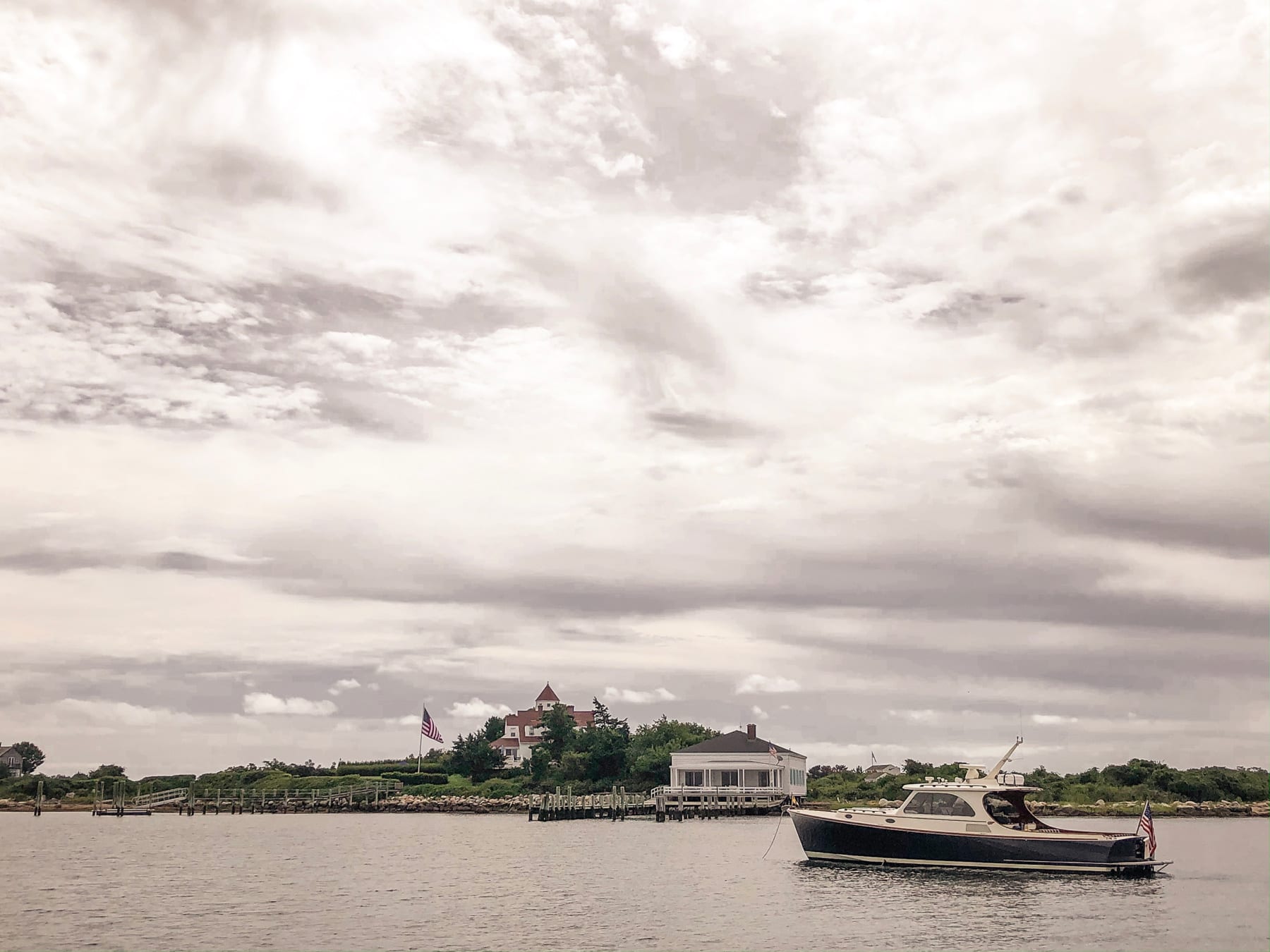 [Disclaimer: Audi let me borrow its Q8 for longer than normal, and included a tank of fuel.]

Images copyright 2019 Hooniverse/Jeff Glucker – Shot on iPhone, hence the processing. I didn’t want to bring my DSLR on this trip.