As electric cars make their way into everyday life, it’s no surprise that electric trucks are the next frontier. The two most talked-about examples are the Rivian R1T and recently announced Tesla Cybertruck. While the Cybertruck quickly gained a lot of attention, I feel that the R1T has potentially more to offer. Even if Rivian has yet to deliver a vehicle. 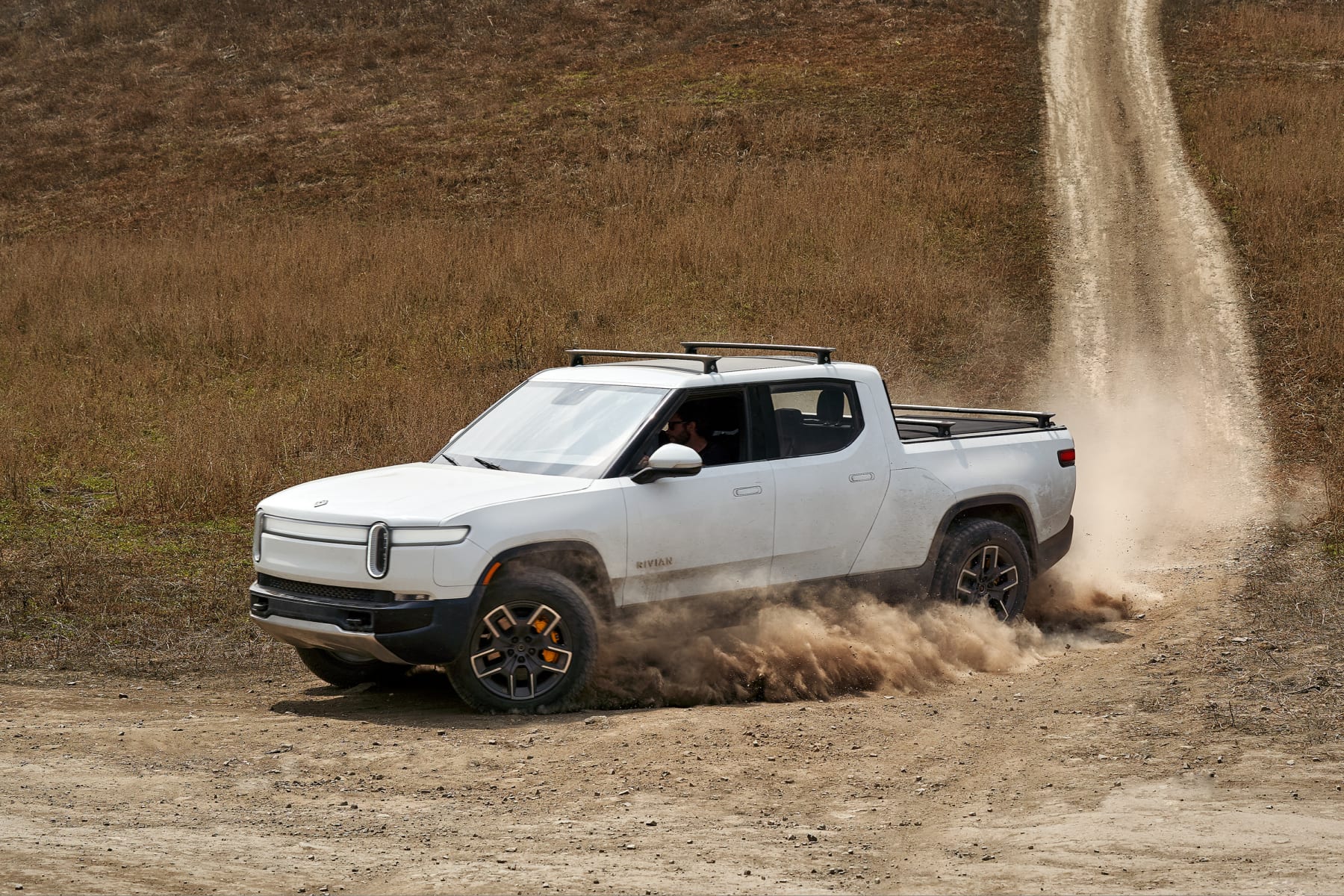 Let’s look at what Rivian is promising. The R1t will have a 400+ mile range, 0-60 mph time around three seconds, a max towing capacity of 11,000 lbs, 750 horsepower, and it will even be able to do a complete 180-degree turn on dirt like a tank. For charging, Rivian says the 180 kW-hr battery can charge from five to 80 percent in about 50 minutes. Compared to the average Tesla, that list bit isn’t that impressive, but still good for such a large battery pack.

A $1,000 refundable deposit reserves an R1T for yourself. But what is it actually going to cost? We’ve been hearing a starting price of $69,000 for some time now, but Rivian has just recently announced that prices are expected to be lower by the time production begins in the second half of 2020.

From a design standpoint, it looks like a familiar yet futuristic shape. This is clearly a truck and it appears ready to be put to work. And that’s important to people who actually buy trucks to use them like trucks. 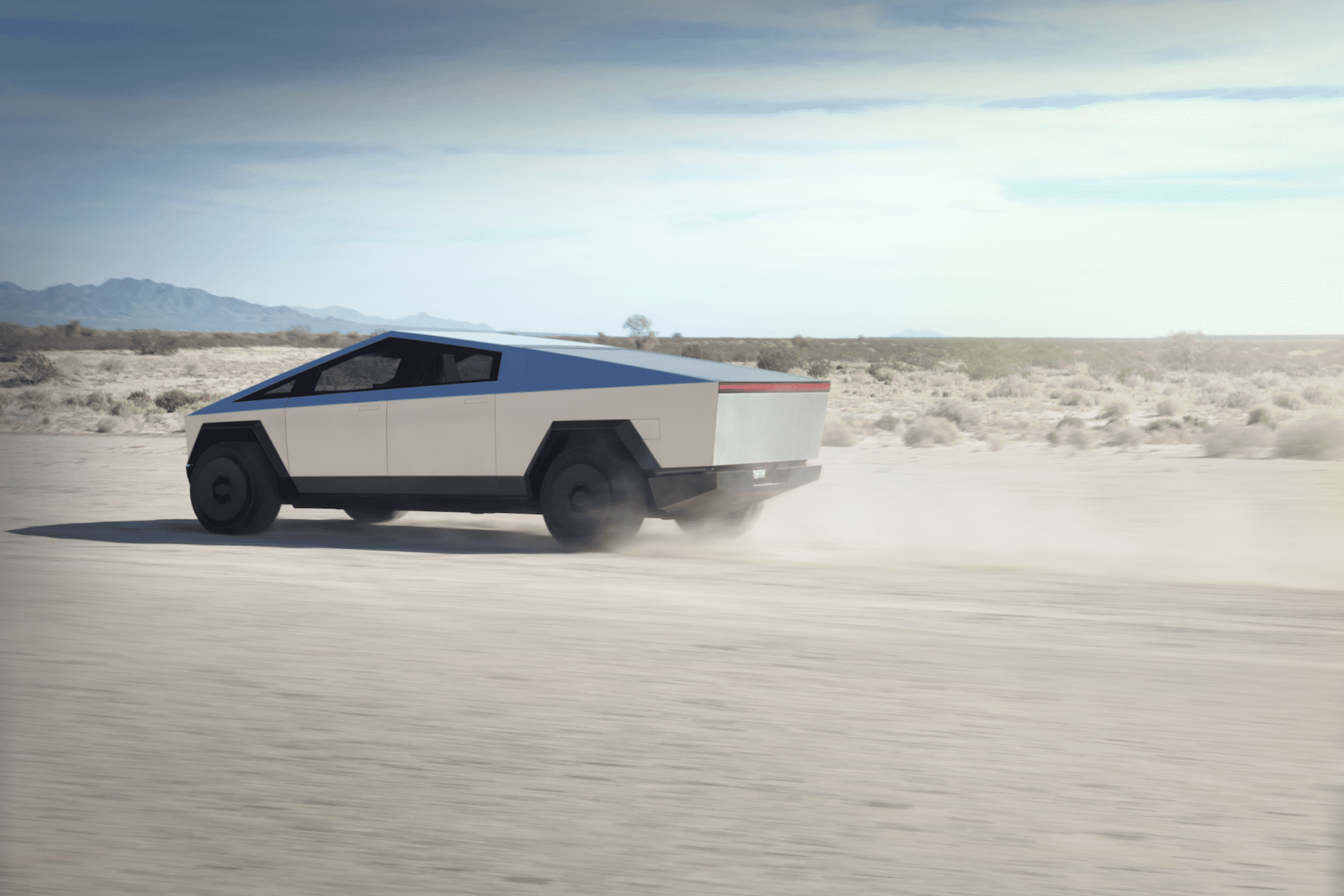 In the other electrified corner, we have the Tesla Cybertruck. While similar in specs, it does outperform the R1T in a number of categories. The driving range will reportedly be upwards of 500 miles. There’s a 14,000-lb towing capacity, a 0-60 mph time of 2.9 seconds, and a similar starting price of $69,900. That’s for the tri-motor AWD model. The price dips further to $39,900 for the single motor RWD model.

It’s also only a small $100 refundable deposit to put your name on the list. While this all sounds well and good, I feel like there are still a lot of hoops that Tesla needs to jump through in order to make this a reliable truck that people will want to use for work and not just to flex on their neighbor’s new F-150.

For one, the model that’s been shown doesn’t have rear view mirrors. Instead, it will have cameras that are implemented into the fenders, displaying live video to the inside. When you drive a vehicle here in the States, you need to have mirrors. It’s the law, people. Another area of concern falls with the exoskeleton and design of the truck bed. The impenetrable one-piece shell is no doubt intriguing, but modern safety equipment is doing a good job so far on non-militarized road cars. My issue here is that if you do happen to get in an accident and it dents the body, are you going to have to replace the whole front half? Regarding the bed and its enormous sail panels, how are you going to lay anything substantial back there?

Sure, the geometric design makes it unique. But nobody who actually wants an electric truck for work is going to want that. Not to mention that the blindspots from the inside look massive. I’d bet Tesla is banking on a wide field of view from the side cameras to fix that.

Will the Cybertruck flop? That’s hard to say since Tesla has time to iron out the kinks, listen to complaints, and whip its frenzied fans into a frothing mass ready to hand over dollars. Late 2021 is when production begins for the dual and tri-motor AWD versions, and 2022 for the single motor.

Once both are on the market, I believe Cybertruck buyers will do so for the shock and awe of it all. Yet I think the R1T will be the more polished product of the two. For that reason, I feel it will garner a lot of attention when it arrives. And it should establish a strong foothold in the soon-to-be burgeoning electric truck market as serious competition for Tesla.