Standard of the world. The Cadillac of things. The name Cadillac used to be synonymous with being the best. That is exactly, if cautiously, what I was hoping for from the Cadillac XT4, the Crossover Touring 4, a relatively new small CUV from the brand. Truthfully, I was not sure what to expect. I have not driven any Cadillacs in over a decade.

The problem with calling something a standard, which Cadillac officially does not do, is that the word has multiple definitions. Merriam-Webster defines as both a noun and an adjective. The meanings I found most applicable to Cadillac, or cars in general were:

Which definition will the XT4 resemble? 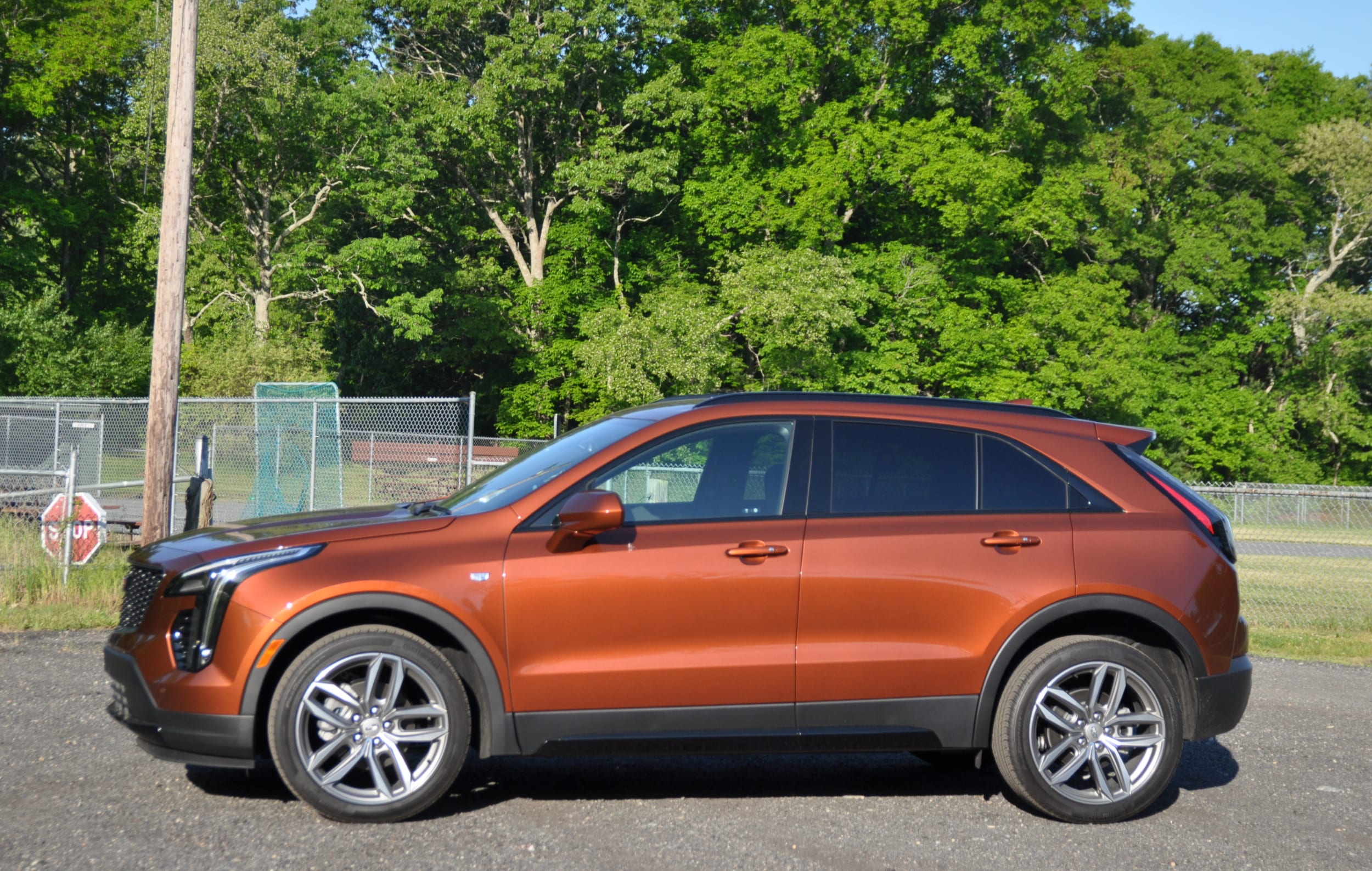 Outside, the XT4 is generally a pretty vehicle. The front is unmistakably modern Cadillac, expressed through its vertical corporate grill, bumper cover, and CT4/CT6/XT5-like headlights. The rear is also very Cadillac-y, with familiarly shaped taillights.

The side profile suffers from the rear-end that seemed to have been chopped off too close to the rear wheels. The area past the rear door is so small there is no side window, not even a small one, over the cargo area, making the XT4 more of a hatchback than an SUV in my eyes. Then there is a weird window-like extension into the C-pillar for styling reasons.

Another styling issue, which Cadillac is not alone in, is the black trim in the lower front of the car, which extended all around, over the wheel arches, and around the rear. It is supposed to add visual strength and ruggedness, I think. 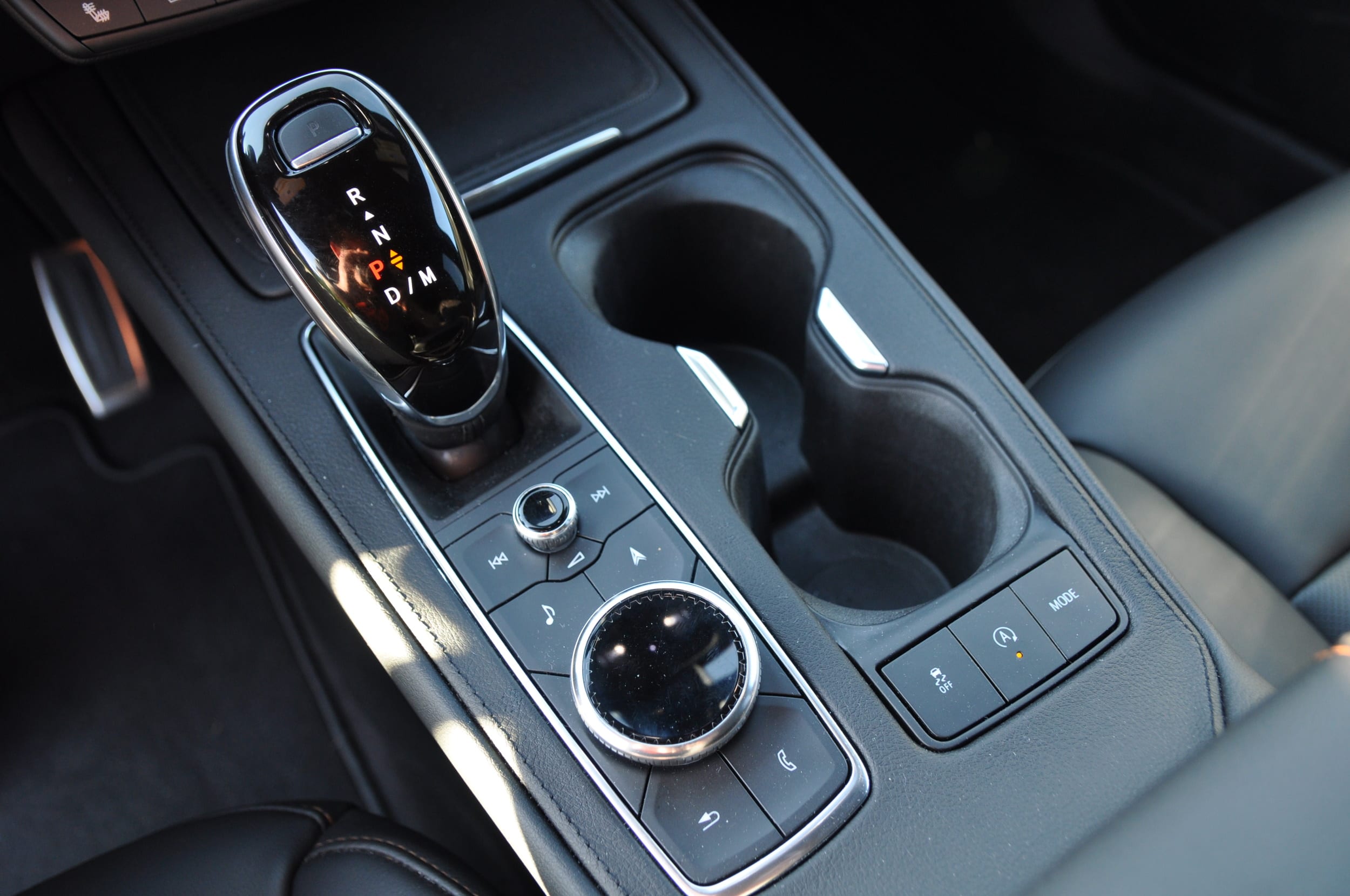 Cadillac calls it 350T. It’s a turbocharged DOHC four-cylinder engine that makes 237-horsepower and 258 lb.-ft. of torque. As to its name, that torque figure translates to 350 newton-meters, a standard seldom used for power measurements in North America, Cadillac’s main market. The T stands for Turbo.

Nine-speed automatic transmission sends that power to the front wheels. On AWD models, four-wheel-drive has to separately engage via the drive mode selector button but can be left in AWD mode permanently. The only other brand that uses this type of AWD engagement on front-wheel-drive based vehicles, to my knowledge, is Mitsubishi.

The performance of the XT4 and fuel consumption can be best described at average, a standard if you will. It’s not slow but it’s not quick. It’s not a fuel-sipper but it does get 30 MPG on the highway. 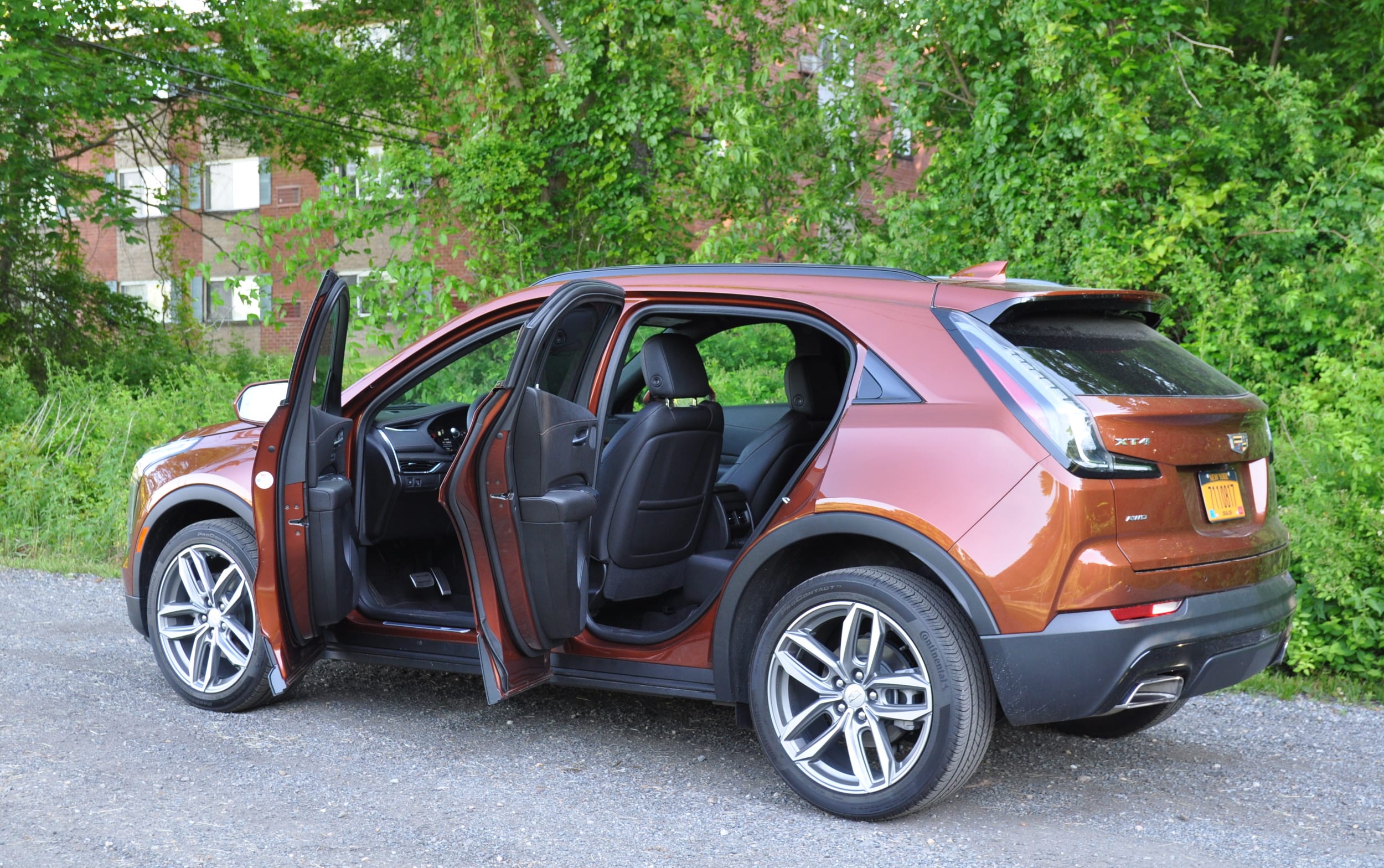 Cadillacs were known for their plush and comfortable ride until the V models came out. BMW-fied, Cadillac did produce some serious performance vehicles. While I did not expect BMW X3 M-level of handling from the XT4, I did expect a comfortable ride. It generally was comfortable until I came upon big potholes. Some automakers do suspension magic in an attempt to reduce the impact of those, but here the Caddy is rather conventional.

XT4 handled freeways ramps with confidence, but really so do most other new CUVs. It’s difficult to draw a comparison, really. But there are a few that stick out, such as the Acura RDX, with its torque-vectoring AWD, which just a lot of fun to drive. Overall, the XT4 was once again average in this regard, a standard if you will. 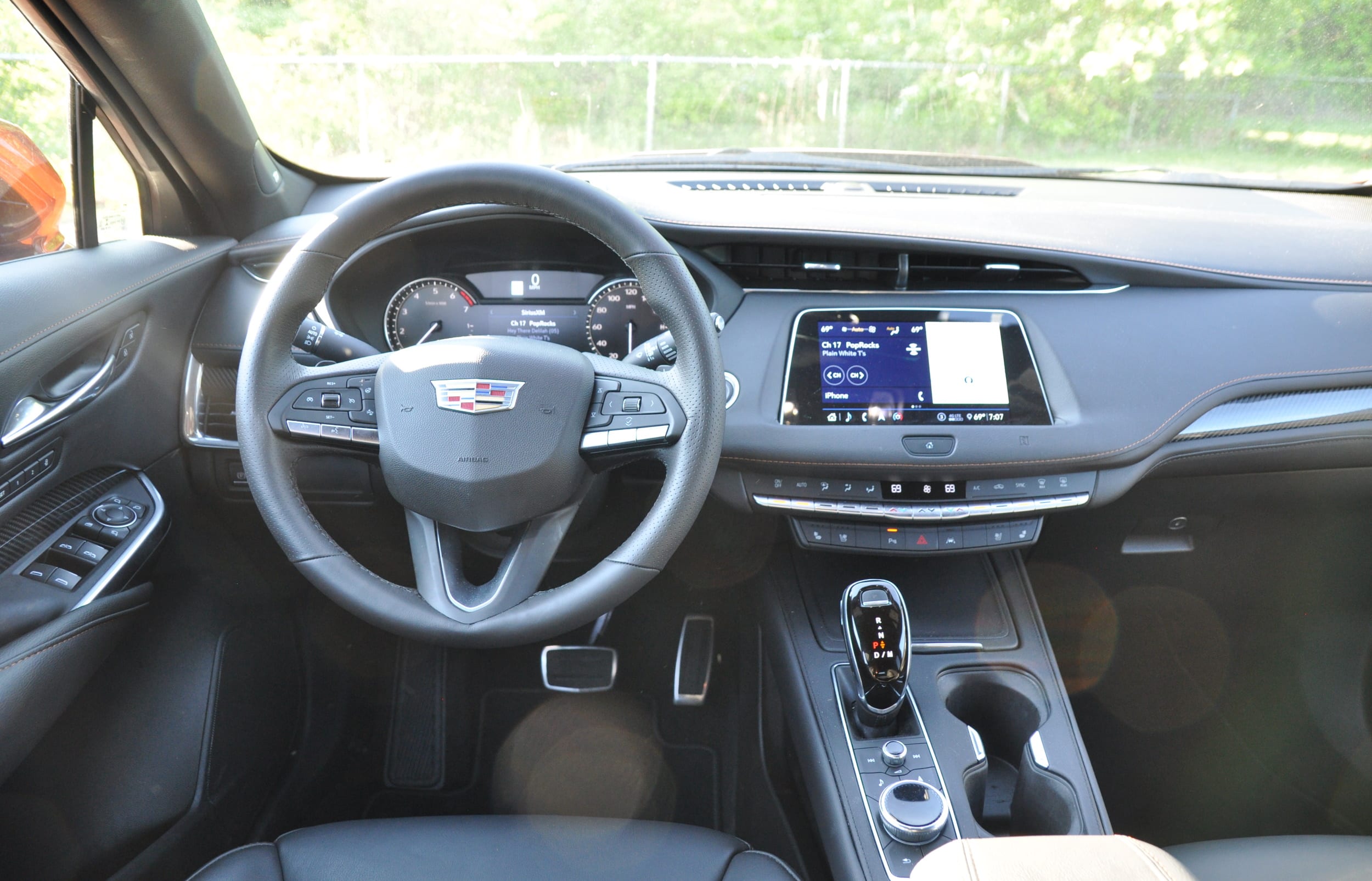 The two things that stand out about the XT4 interior is the rear seat has a good amount of legroom, and the infotainment system is relatively easy to use and is packed with features. The heated and ventilated seats have a massaging function but it is not executed very well – it seems like it’s just air pockets inflating and deflating.

There is no standard wireless phone charger. The sunroof is optional. Generally, the overall design and quality seem more Chevy than Cadillac. Alone, it may seem fine but compared to vehicles even below its class, such as the Mazda CX-5, it just is not great. Compared to similar new vehicles, ones in its price range, the Caddy is just outdone. 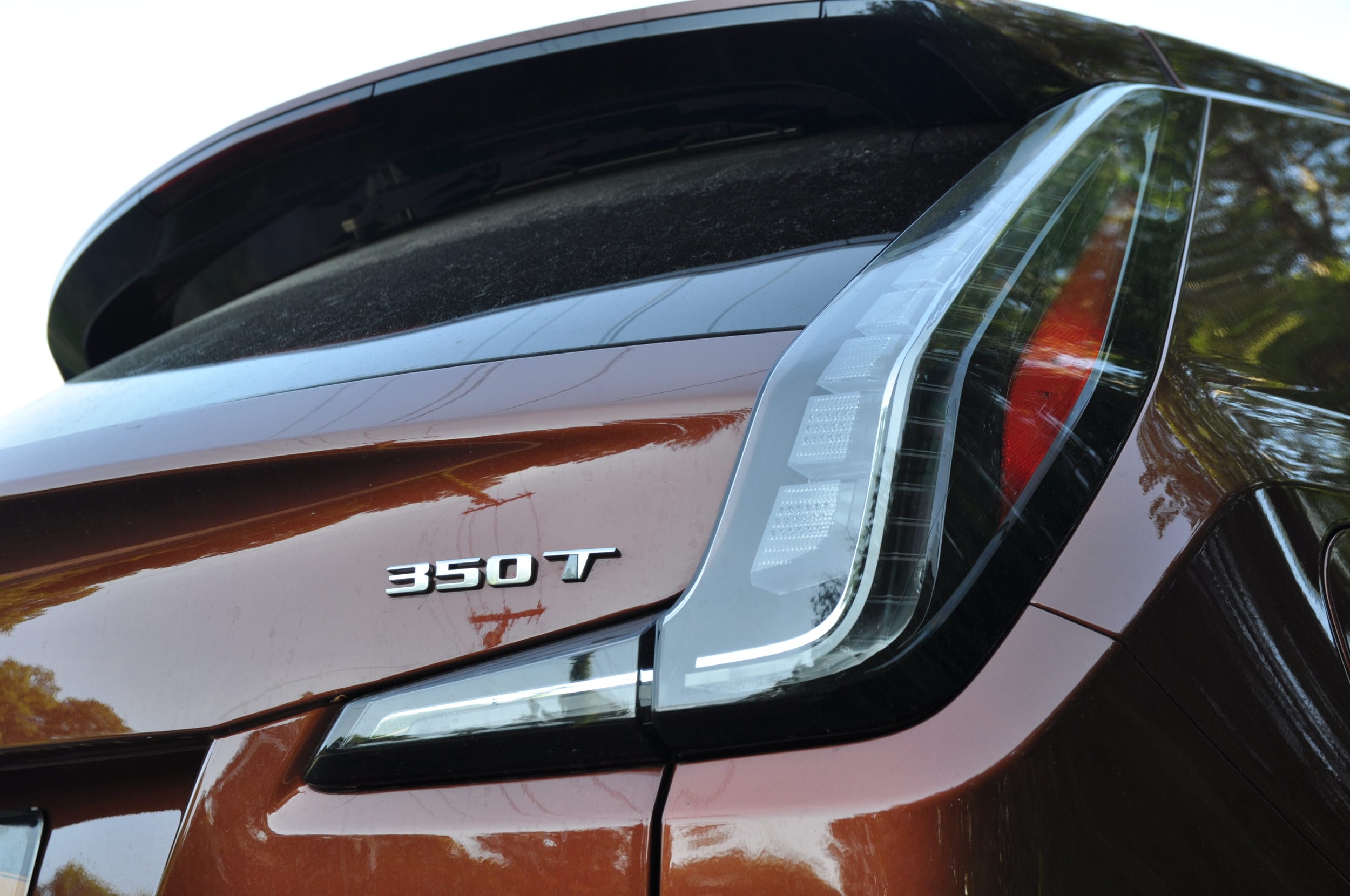 The 2020 Cadillac XT4 starts at $35,695. Choose a four-wheel-drive model, throw some options on it, and that price easily surpasses fifty grand. That money buys a nicely loaded Volvo XC60. The problem here is that the XT4 is the size of an XC40, which even fully accessorized cannot approach that price. Cadillac’s American competitor, Lincoln, does not offer a small SUV like the XT4, but its least expensive vehicle, the Nautilus, is much bigger and more powerful than the XT4, and it starts at $41,040. 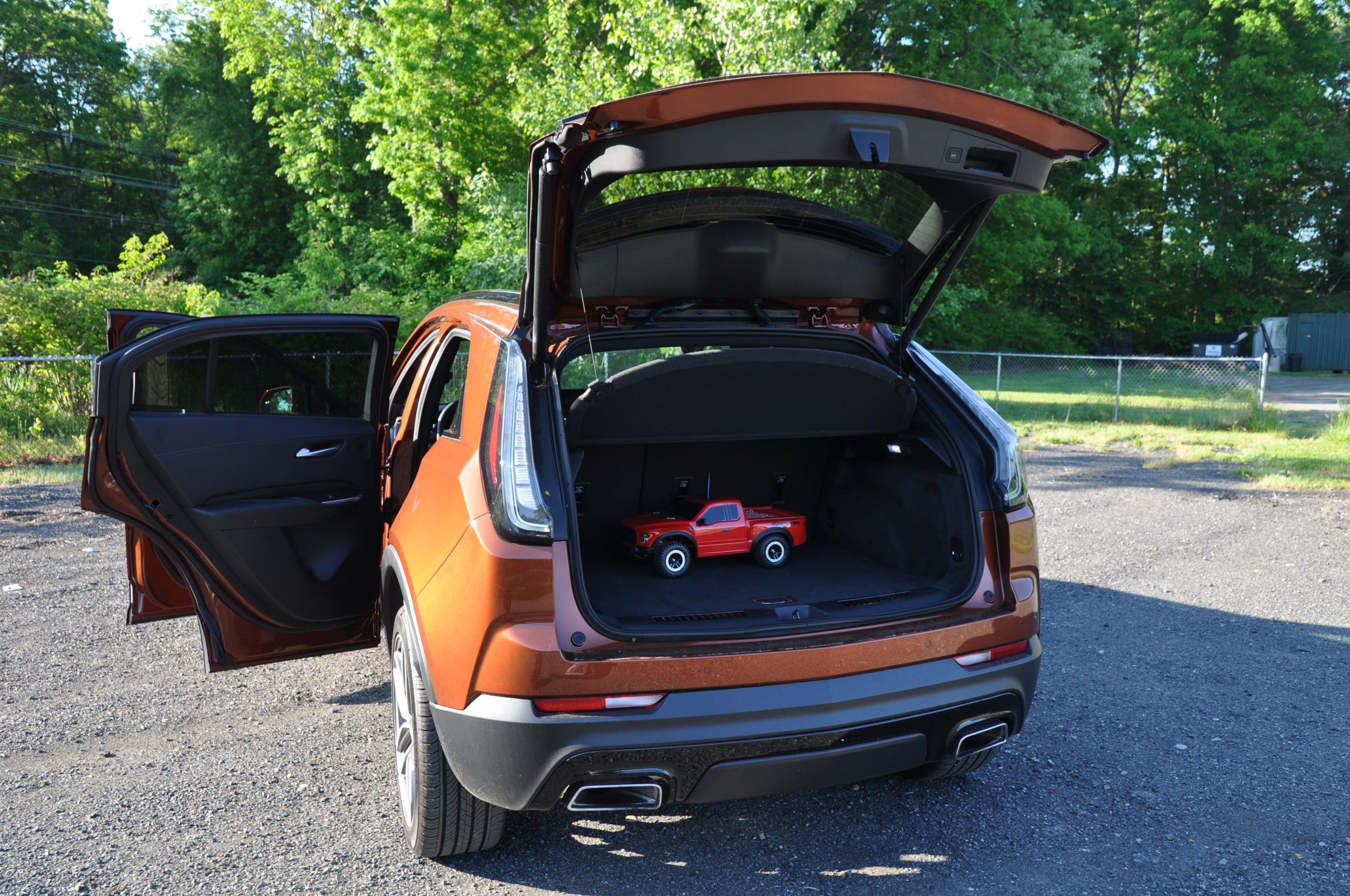 I wanted to XT4 to be the recognized and permanent value in the world of luxury cars. I wanted the XT4 to be the Cadillac of small luxury cross-overs. The XT4 is a standard but it is the sound and usable but not of top quality kind of standard. The XT4 feels like it’s been designed in a hurry, without much attention to detail. But it’s those details and special features that make premium cars feel premium.

Let’s hope that the money saved on the XT4 went into the design of the new Escalade.

[Disclaimer: Cadillac provided the vehicle for the purpose of this review. All images copyright Kamil Kaluski/Hooniverse 2020]